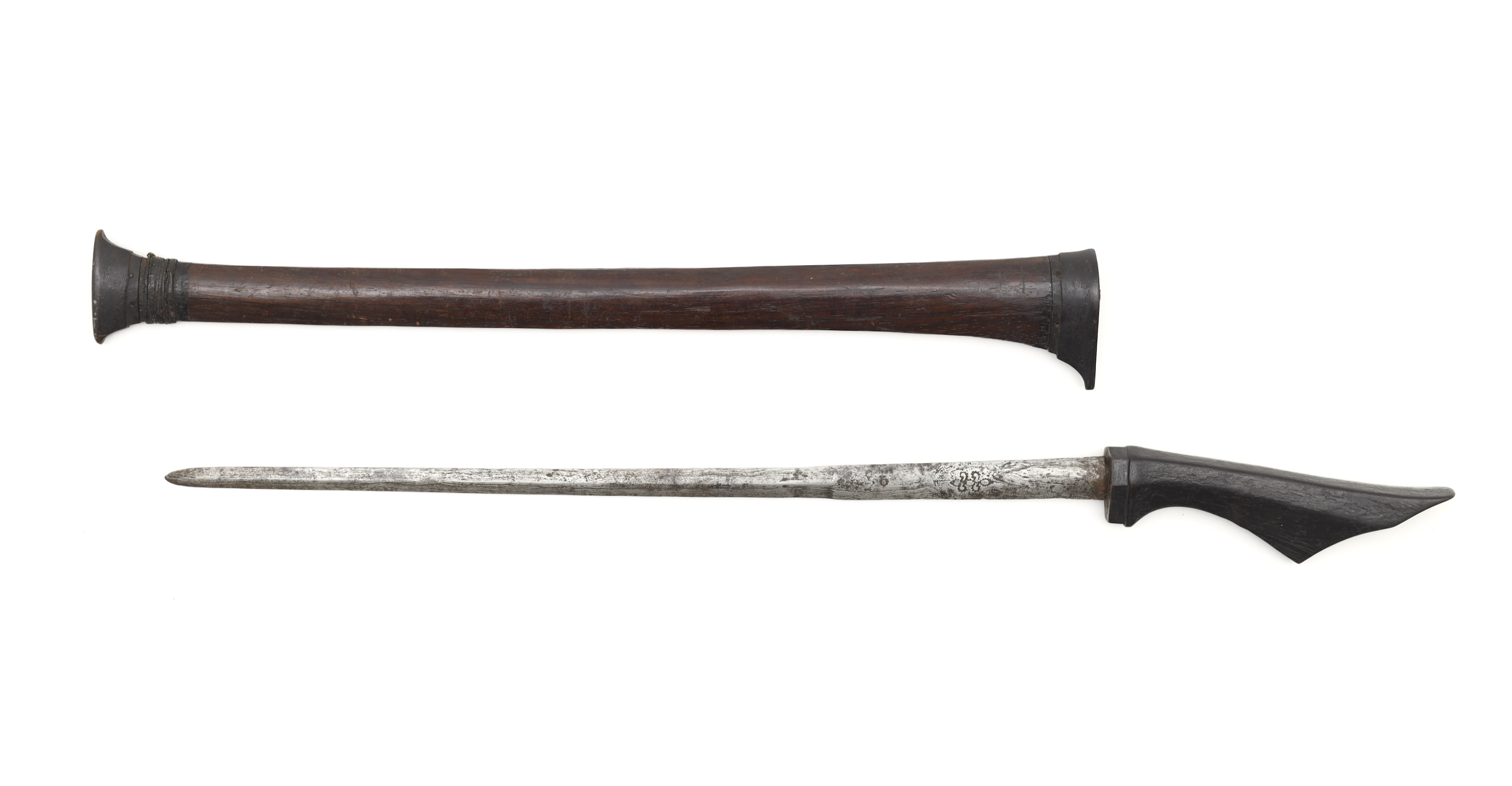 From a Dutch private collection

An interesting West-Javanese dagger. The blade resembles a European stiletto dagger, with a ricasso and double-edged tip. It is forge folded with a rather open grain, suggesting local manufacture.

At the base are two symbols on each side that have yet to be identified. They appear to mimic marks seen on some European blades.

Both hilt and scabbard are in the style popular among the Sundanese people of West Java. The elegant hilt is made of horn with remains of lacquer. The wooden scabbard is fitted with a horn throat piece and endpiece. It may have had some form of covering, as part of the fittings are sunken. There is a later cord wrapping near the scabbard tip.

The whole has an early feel to it and probably dates from the 18th or early 19th century.