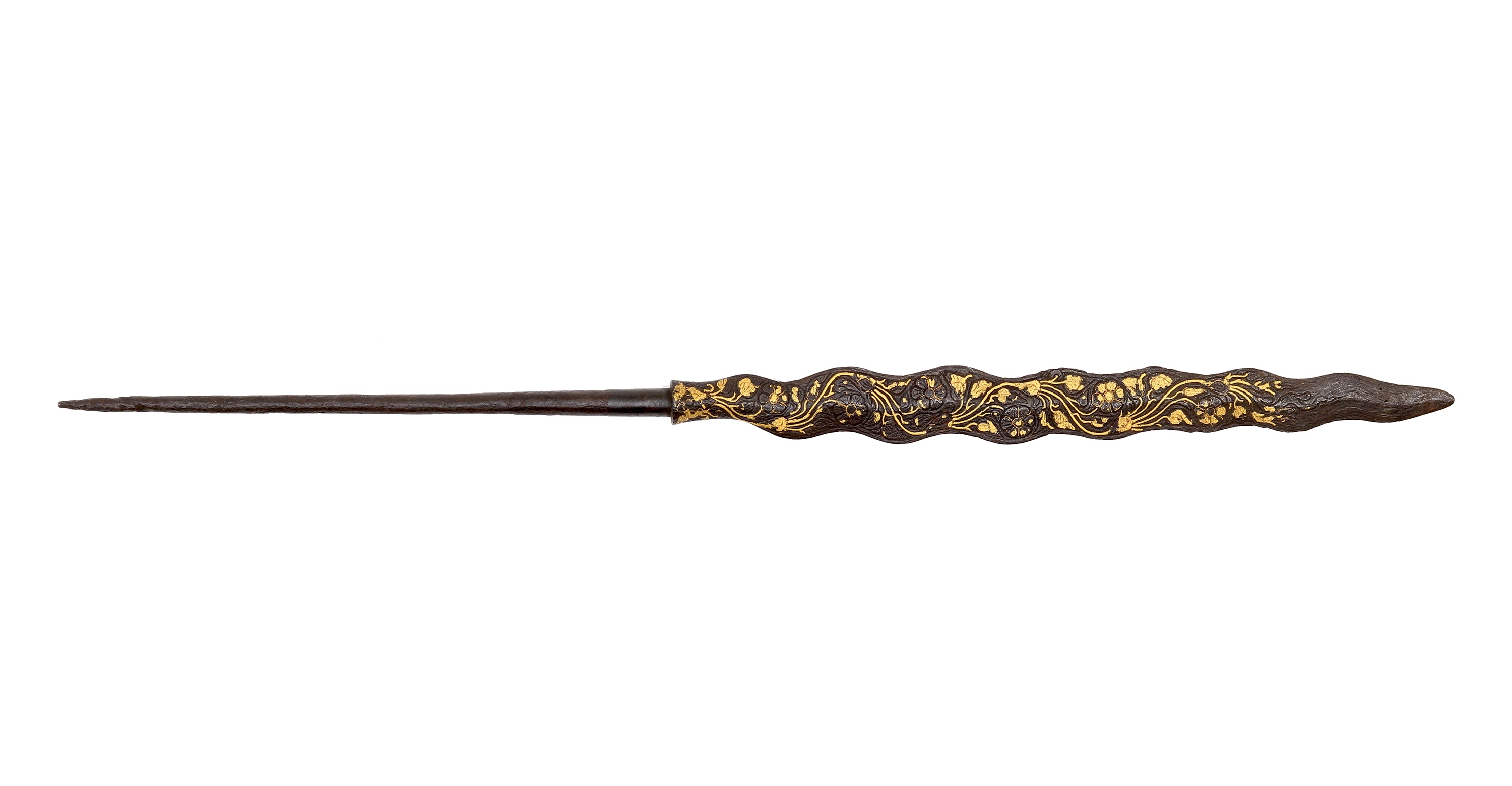 A fine Javanese spearhead with an undulating blade wth 13 luk, or bends.

The blade is forge folded, creating a layered construction that was etched in the local fashion with a mixture of arsenic and lime, resulting in a surface that presents the layering in relief. The surface is now patinated in shades of dark brown and grey. Some of the layers are probably high in nickel, called pamor.

In early times the nickel was obtained from meteors, symbolizing a marriage between heaven and earth. As the meteoric nickel was in very short supply, later imported nickel was used on most pieces except a few royal pieces.

The spearhead has a long and substantial tang with a slightly raised base after which the tang gradually tapers to a point, the last portion of which is twisted. The base suggests the piece was once accompanied by a separate base from which two smaller blades emerged, making it a trident, locally called trisula.

The blade is decorated with carvings in low relief that were overlaid with gold, called kinatah. The decor consists of an undulating plant motif with buds and open flowers, emerging from a triangular structure at the base.

The decor represents the Gunungan, the Javanese "Tree of Life" emerging from the "Cosmic mountain". The tree of life is closely related to Shiva, as is the trident form.

In Javanese court culture, the tree of life symbolized among others prosperity and the eternal cycle of life. It was often seen in palace architecture and royal regalia. Trees depicted as the Tree of Life are often sawo trees, banyan trees or nagasari trees.1 I have not been able to identify the species of the tree depicted here, assuming the flowers are rendered true to life.

This spearhead is part of a small group of related items. All appear to date from the 17th century:

Dated to the 17th century, the main blade is strikingly similar to the piece currently under discussion. It has 13 luk and is believed to have come from Central Java. It comes from the Wurfbain collection. An early Wurfbain, served the V.O.C. on Java between 1632-1645 and the piece has probably been passed down by descent until it was auctioned in 1937.1

It too is decorated with the Gunungan but showing a different tree rising from the Cosmic Mountain. The tree depicted is most likely the sawo tree, bearing many fruits. 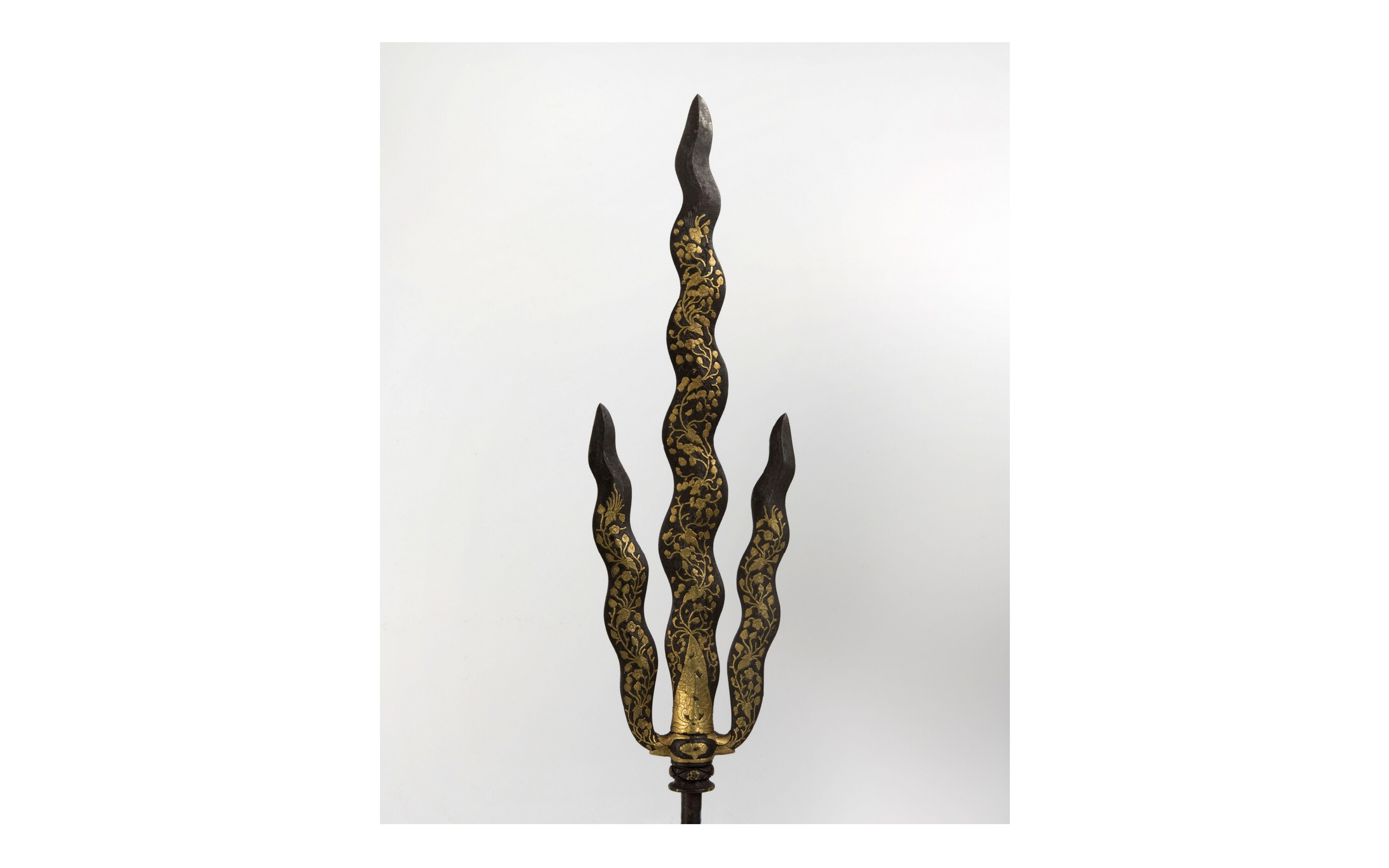 This museum houses the old royal regalia of Sumedang. The golden decoration on this keris is strikingly similar to ours, in that it depicts the same Tree of Life with large, six-petal flowers, executed in the same technique.

This particular keris is believed to have belonged to Prince Rangga Gempol III, regent of Sumedang from 1656 to 1706. The museum states it was a gift from the Sultan of Mataram, Amangkurat I.2

Housed in the same museum is a worn trisula that has lost most of its gold, but with a blade decor very much identical to the subject of this article, again with large six petal flowers.

More gold is worn off here, but like Tropenmuseum accession number TM-1698-464 it appears to depict a different species of tree of life, without the larger flowers.

The Rangga Gempol III keris has gold work that is the closest comparable to the spearhead under discussion. Presented by the Sultan of Mataram for earned merit, the exact style of golden decoration in this period probably had a specific meaning, somewhat comparable to the presentation of a medal and accompanying rank in the Western world.

The exact meaning however got lost in time. By the time Dutch ethnographers started to describe local culture, the true Javanese court culture had disappeared and wealthy Individuals would just decorate their arms to taste instead.

It seems likely that this spearhead was also made either as a presentation piece or for use in the main or one of the lesser courts of 17th century Java. 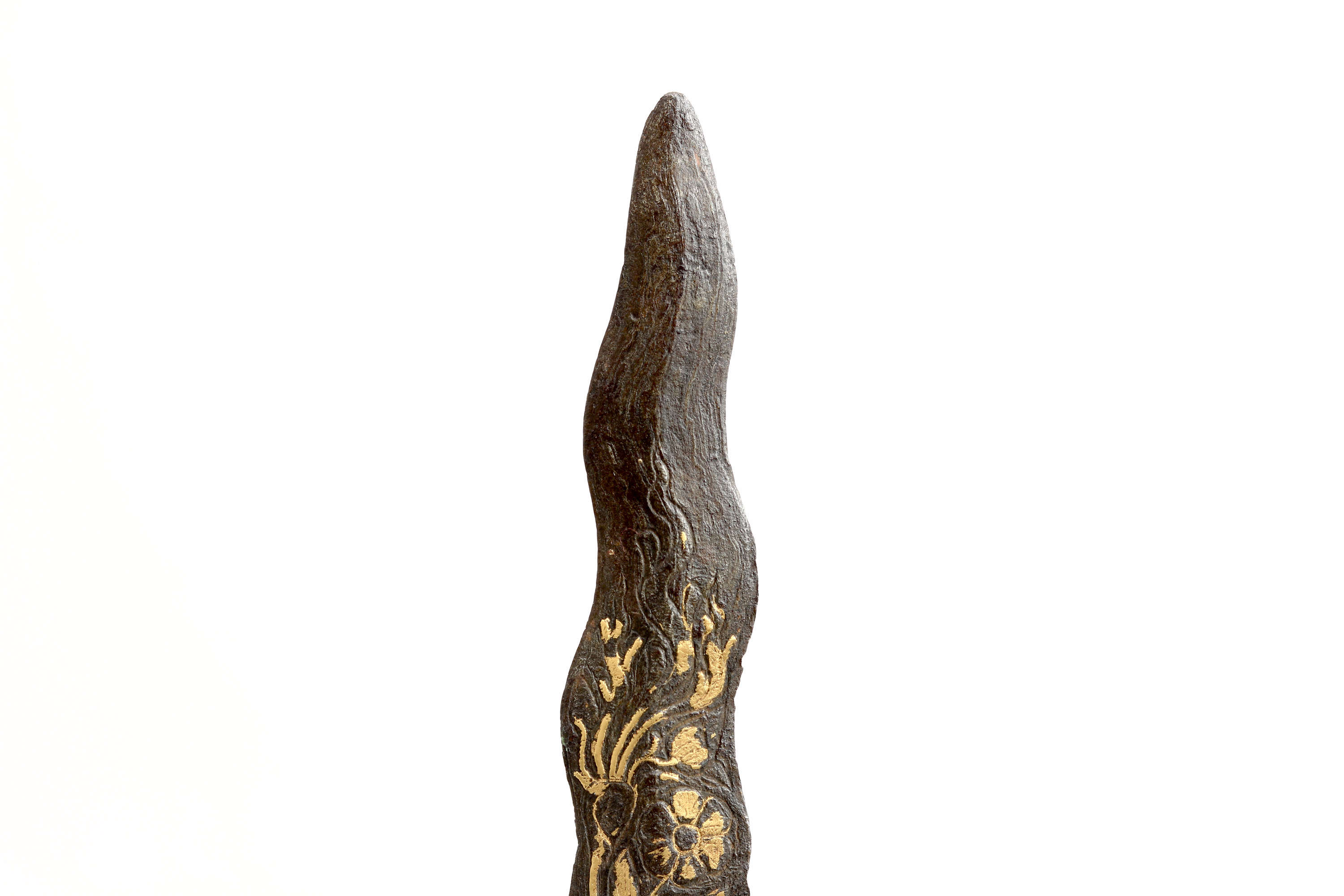 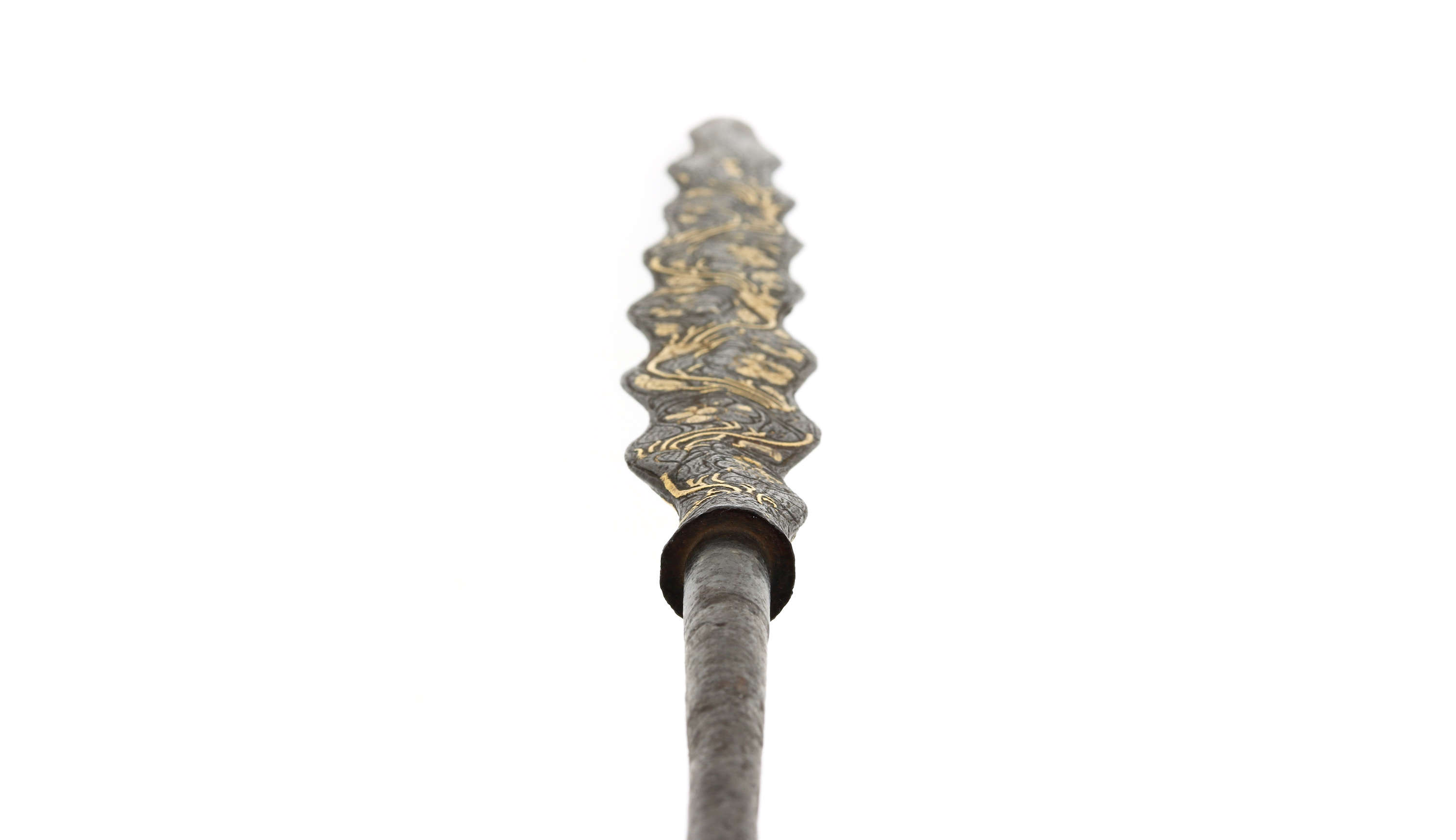 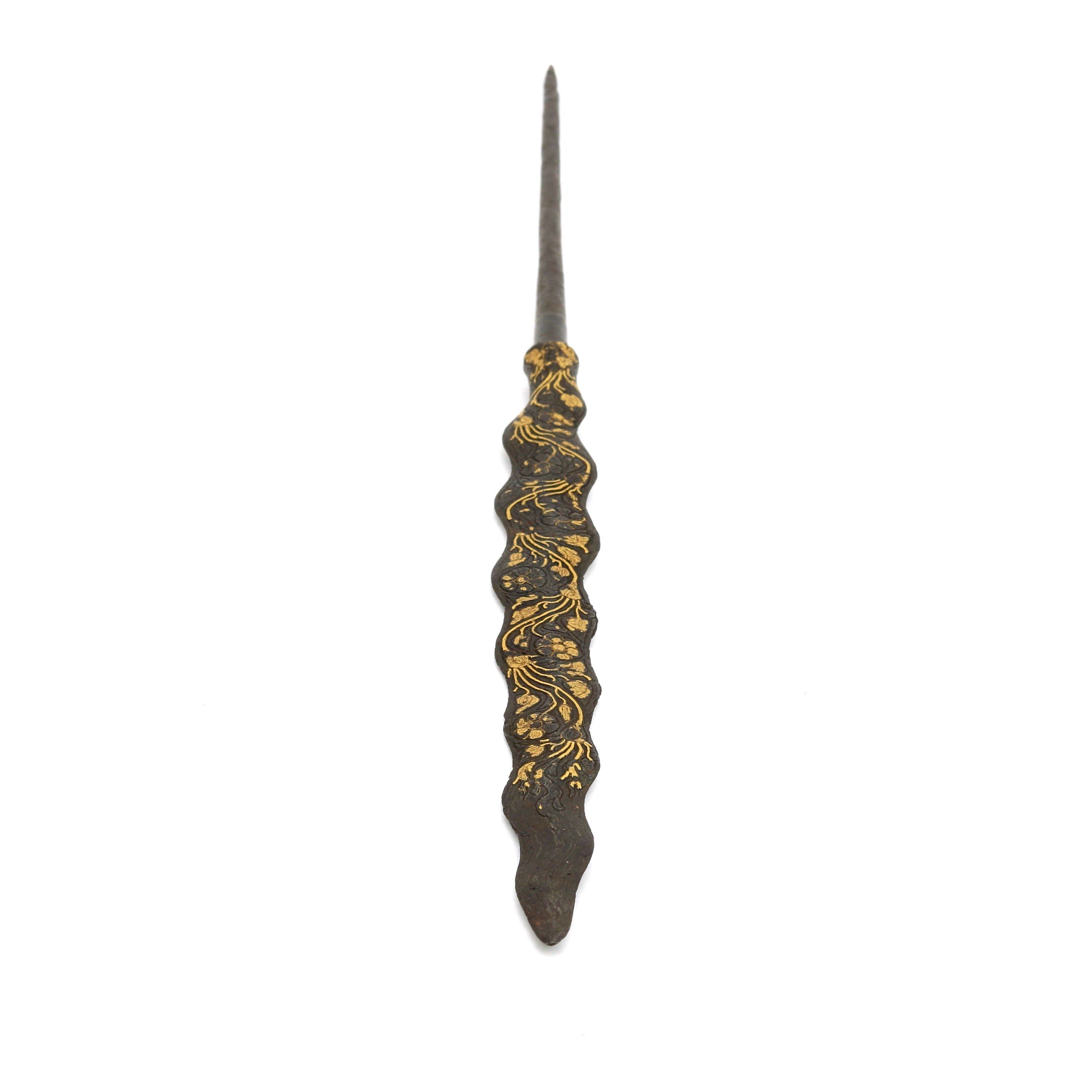