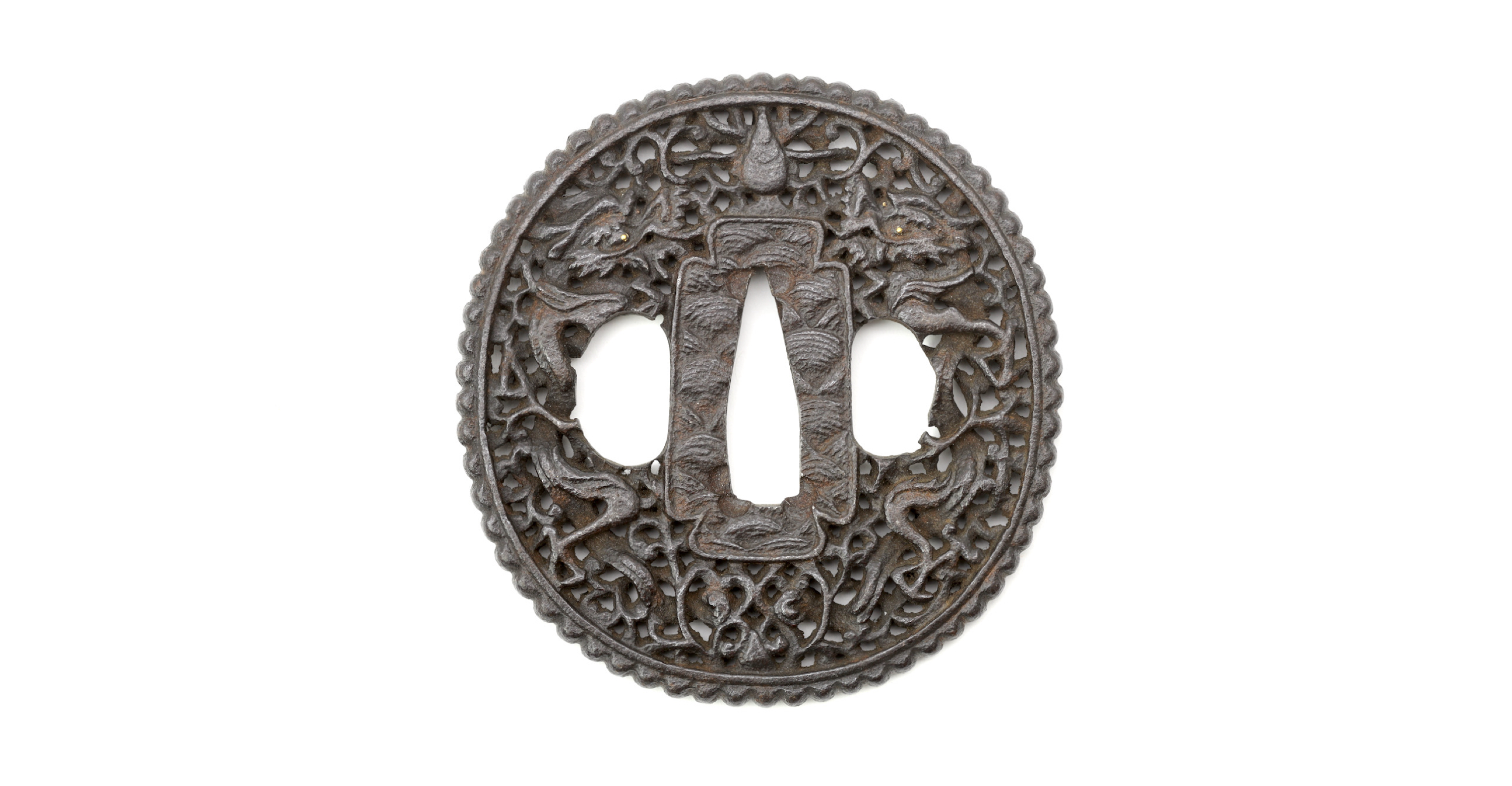 Sword guards with two facing dragons, often chasing a flaming jewel (tama), were popular among the Manchu elite who established the Qing dynasty in 1636 and conquered Beijing in 1644, becoming the rulers of China. From the ports of China, many such guards made it to Japan where they enjoyed enough popularity to be copied locally. Presented here is such a local Japanese copy of a Chinese style.

Today, any kind of sword guard in Japan that shows some foreign influence is just lumped under the term "nanban tsuba" regardless of where it was made or what cultural influence they exhibit. We know from the works of C.R. Boxer that this was not always the case, and in 1931 the ones with the facing dragons were still called "Canton tsuba", after the port of Canton (Guangzhou) from where they were most likely imported.

The style didn't however originate in Canton, it's a more northern style that reached the Manchus through tribute by the Mongols, who in turn got it from the Tibetans, who produced most of the better work in the city of Derge. So one can say that the Japanese-made Canton tsuba were inspired by a Chinese sword guard that was inspired by Tibetan pierced metalwork, primarily seen in the form of elaborate pierced saddle ornaments such as this one.

Made of forged iron, pierced and chiseled, and blackened. It depicts two dragon amidst complex foliage reaching for a tama or "sacred jewel" in the top.

Both dragons have small golden eyes, piercing brightly from their dark surroundings. The rim is beaded, a design directly copied from 18th-century Chinese sword guards. The beading is a reference to similar beading seen on the base of Buddhist statues.

The seppa-dai (washer-seat) is a trapezoid shape with notched corners, its surface decorated with stylized waves. 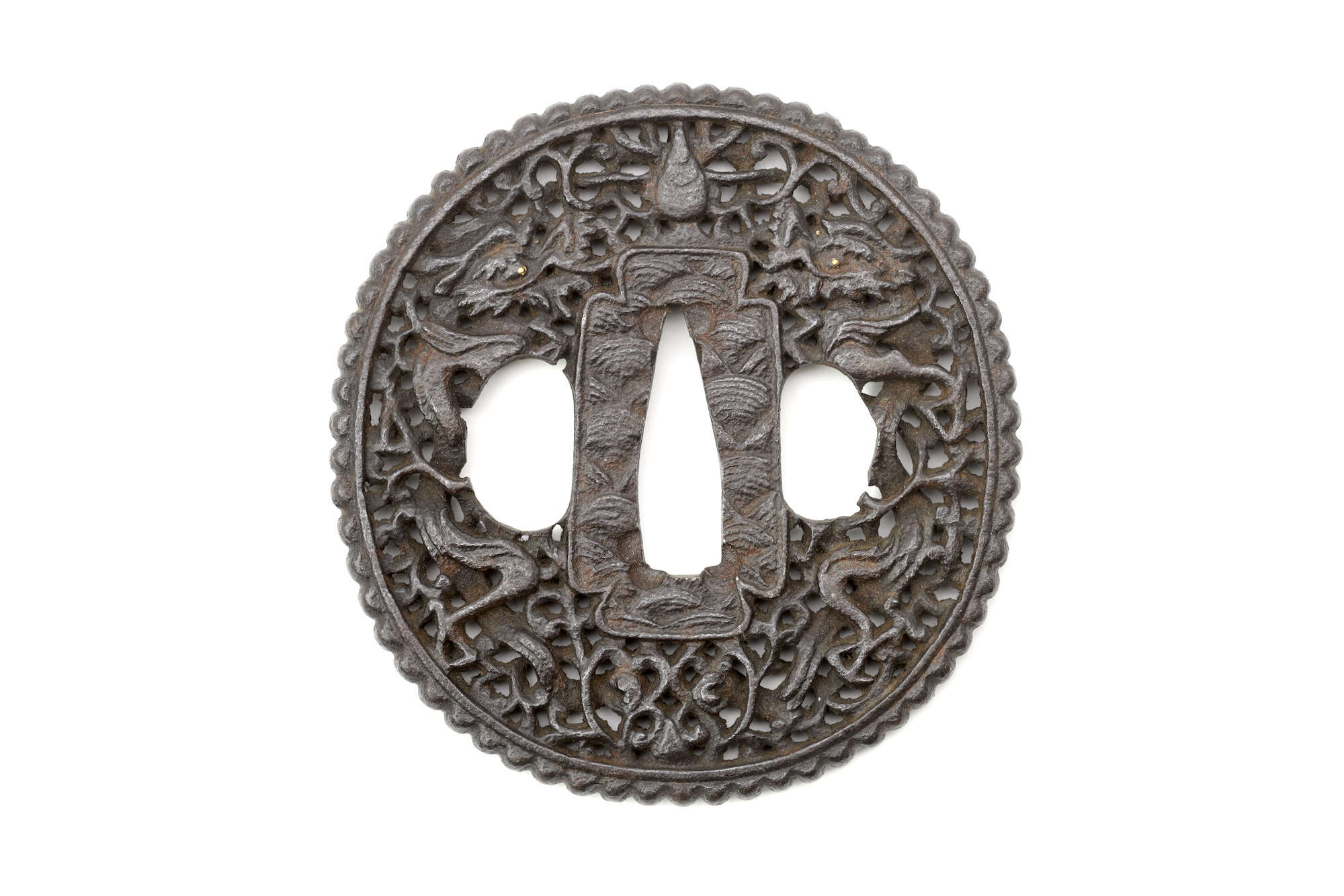 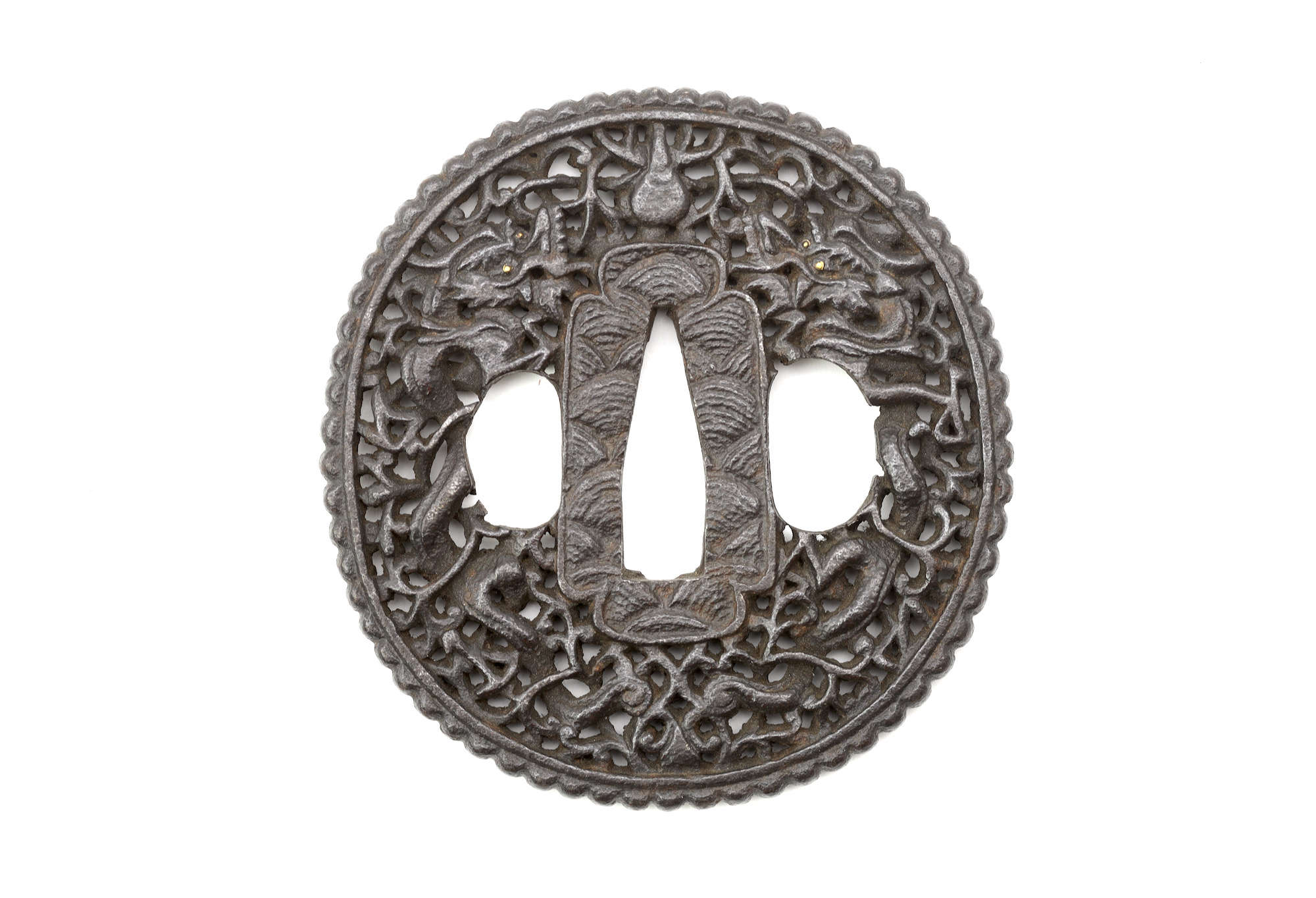 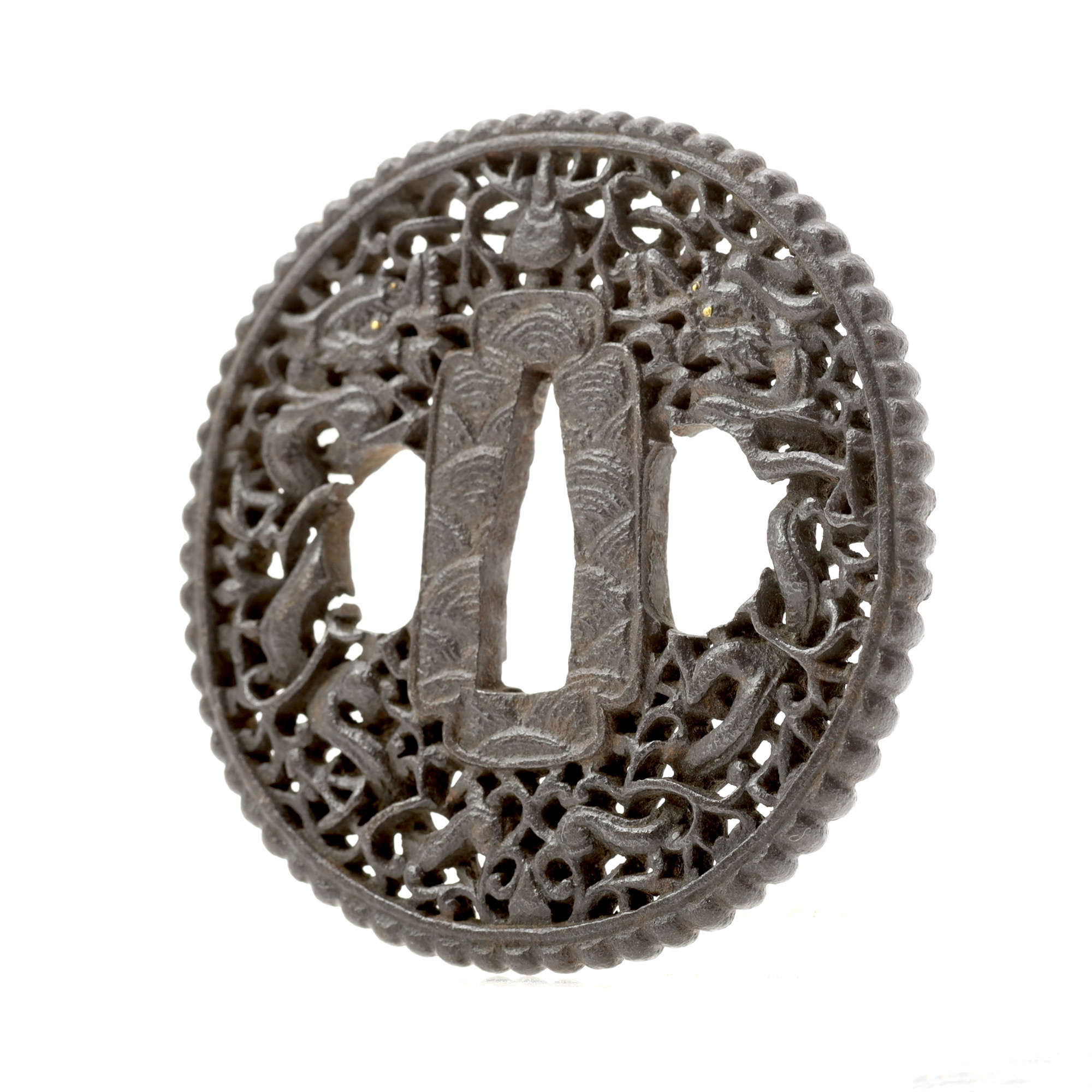