A heavy Burmese fighting dha with a very good blade. It starts at a thick 12.5mm at the base and still is around 7mm thick in the middle, yet smart blade geometry with a combination of grooves and bevels give it very nice handling characteristics.

The blade is forge folded with a high-carbon edge plate exposed from milder steel layers that make up the body of the blade. It has undergone a differential heat treatment resulting in a nicely visible temper line, like the hamon of Japanese swords. This line starts some centimeters up the blade, leaving its base unhardened but tougher, just like seen on some older Japanese blades from the koto-period where the effect is called yakiotoshi.

Other analogies with early Japanese swords are in the groove combination, resembling naginata-hi, and the way the piece strongly curves at the handle section. All these features imply a cultural connection between Burmese swords and older Japanese swords that is worthy of further investigation.

The simple copper mounted, ray-skin covered handle and wooden, black painted scabbard are decently made, practical but fairly unassuming. Clearly, the piece was made for someone who preferred function over ornament. 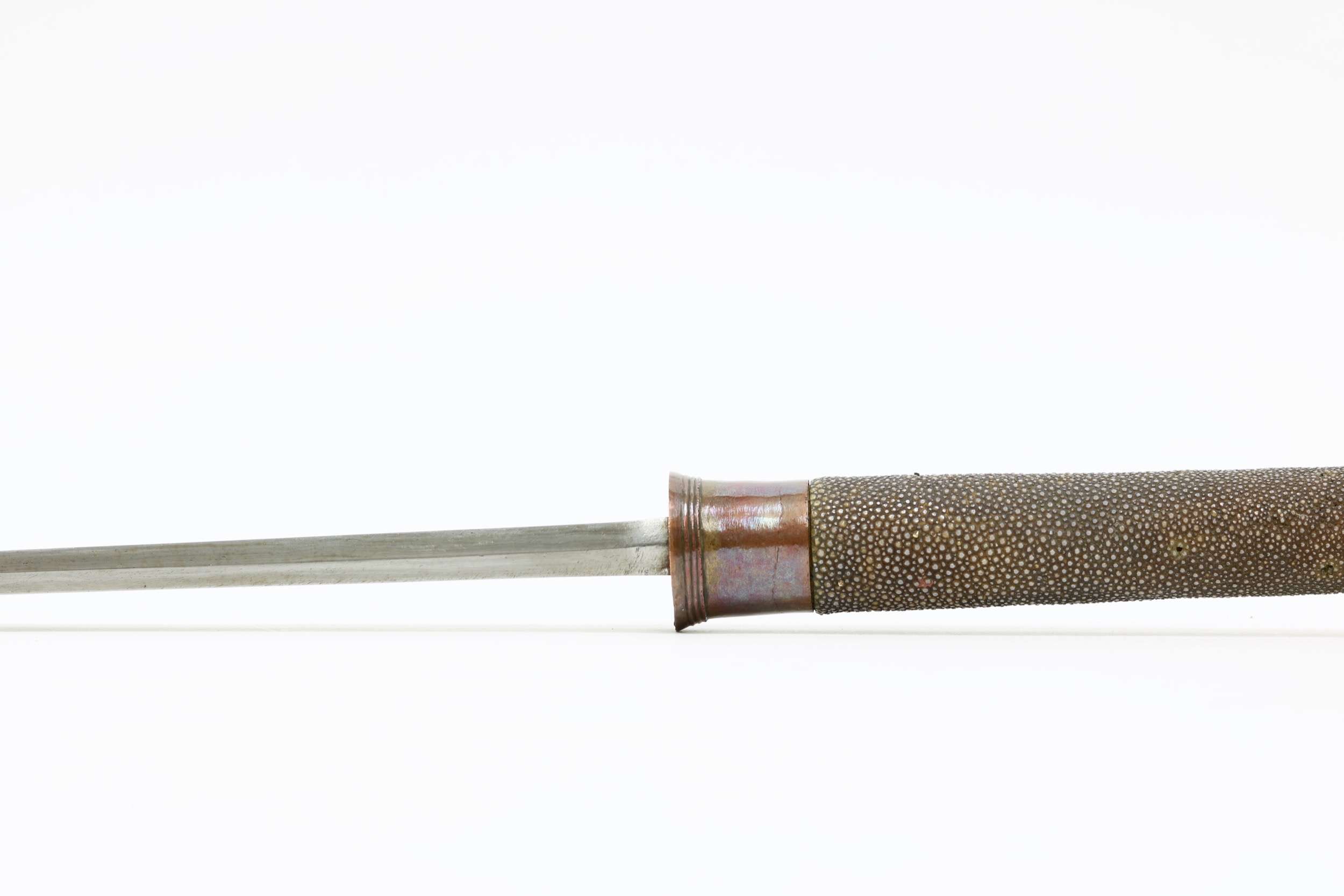 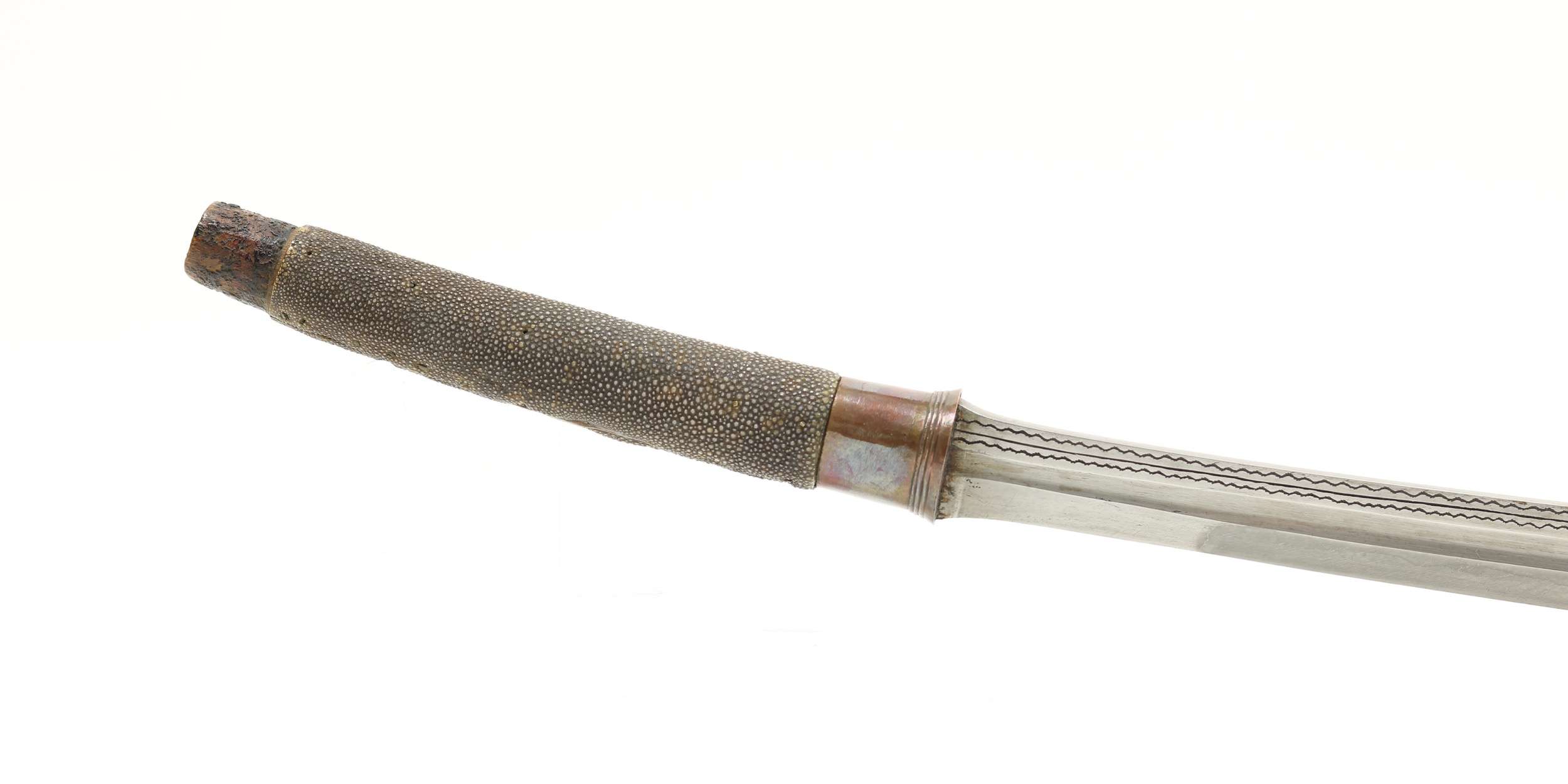 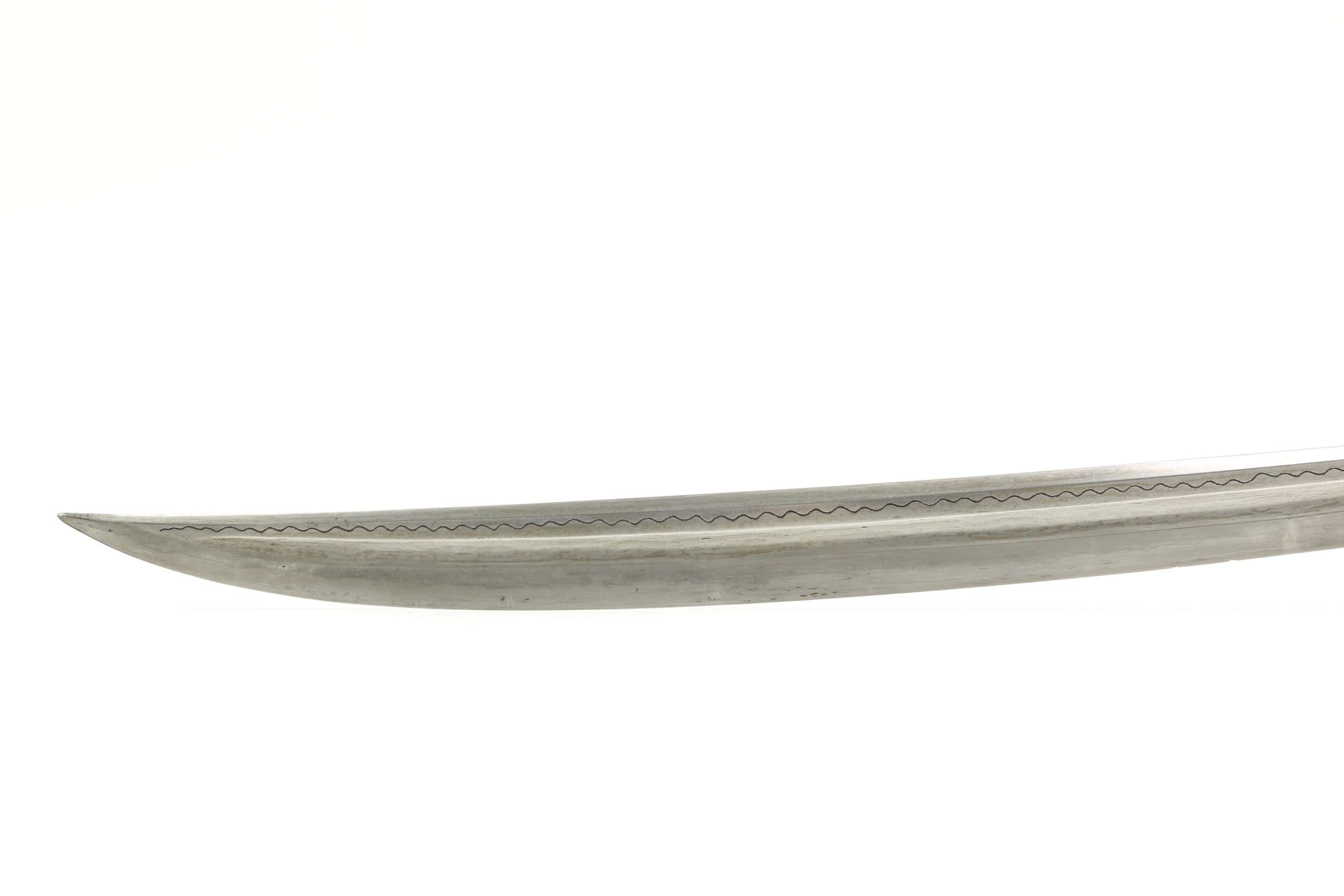 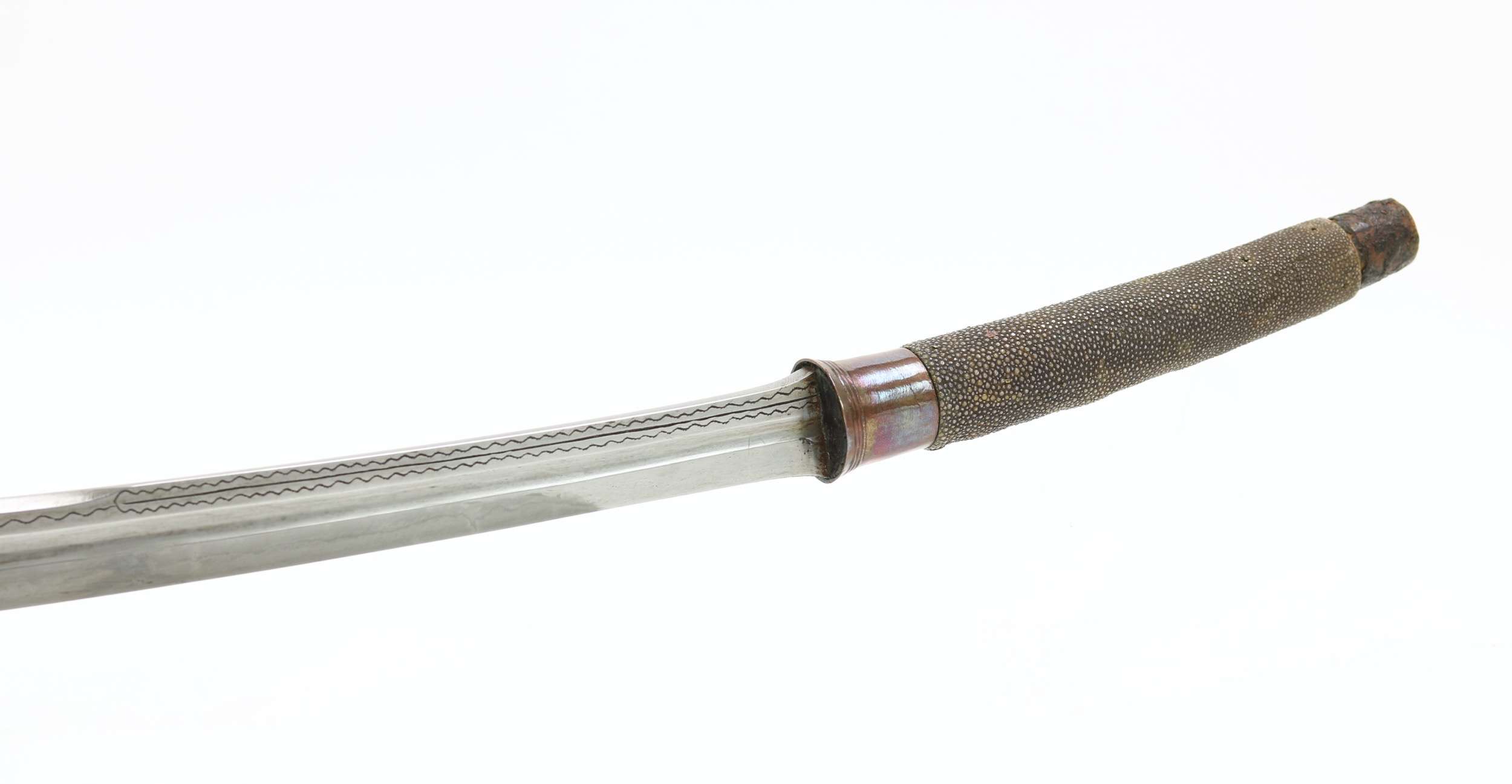 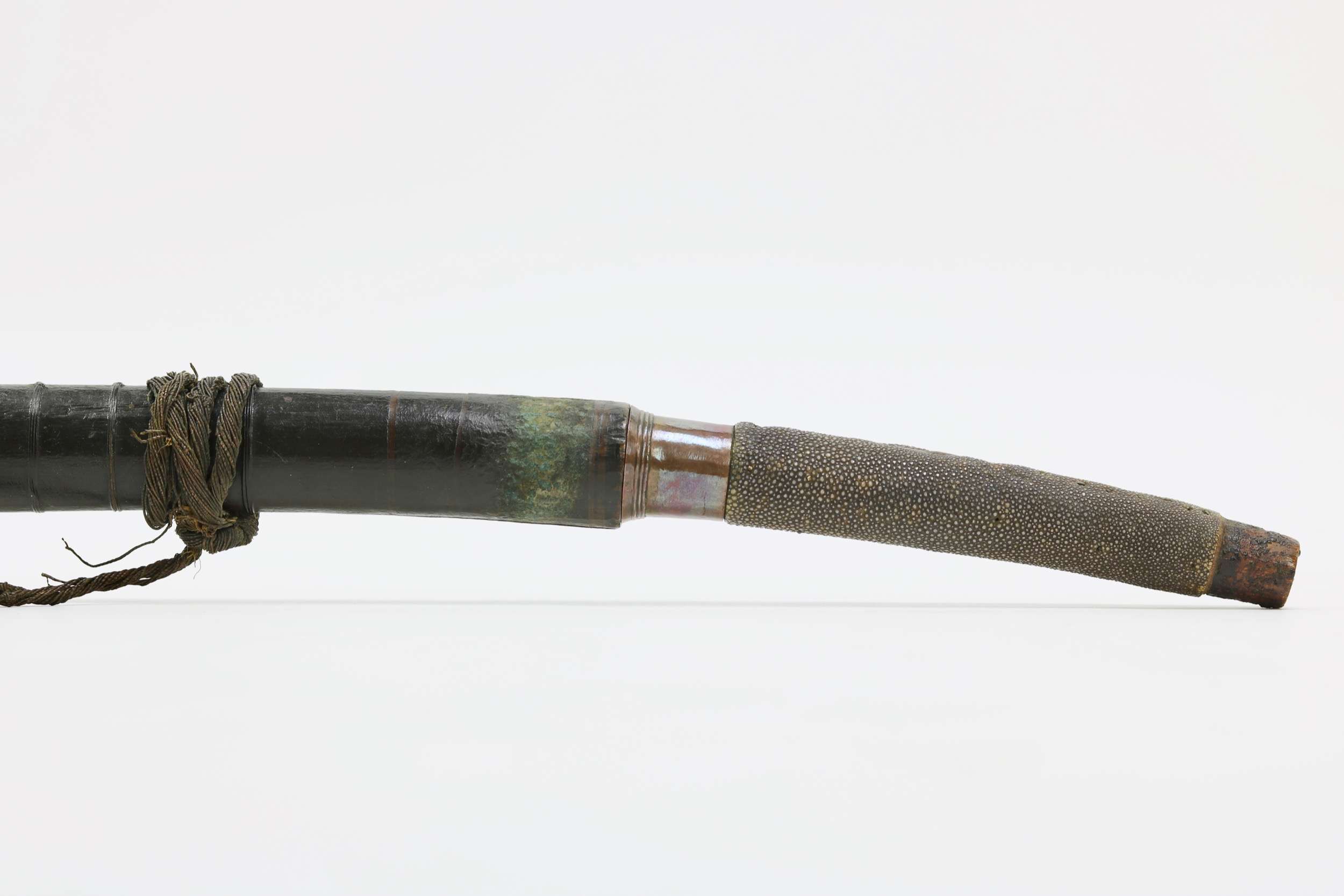 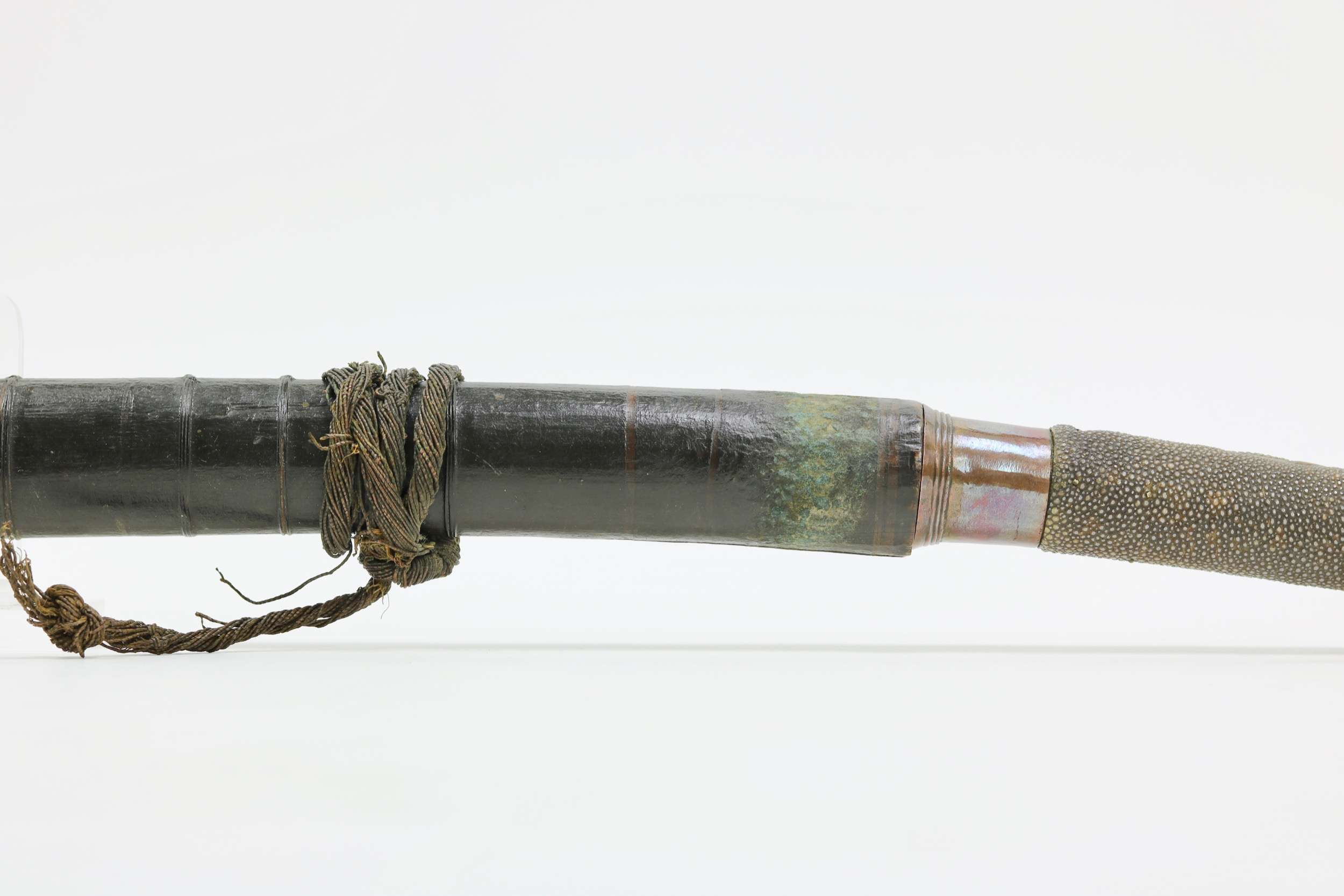 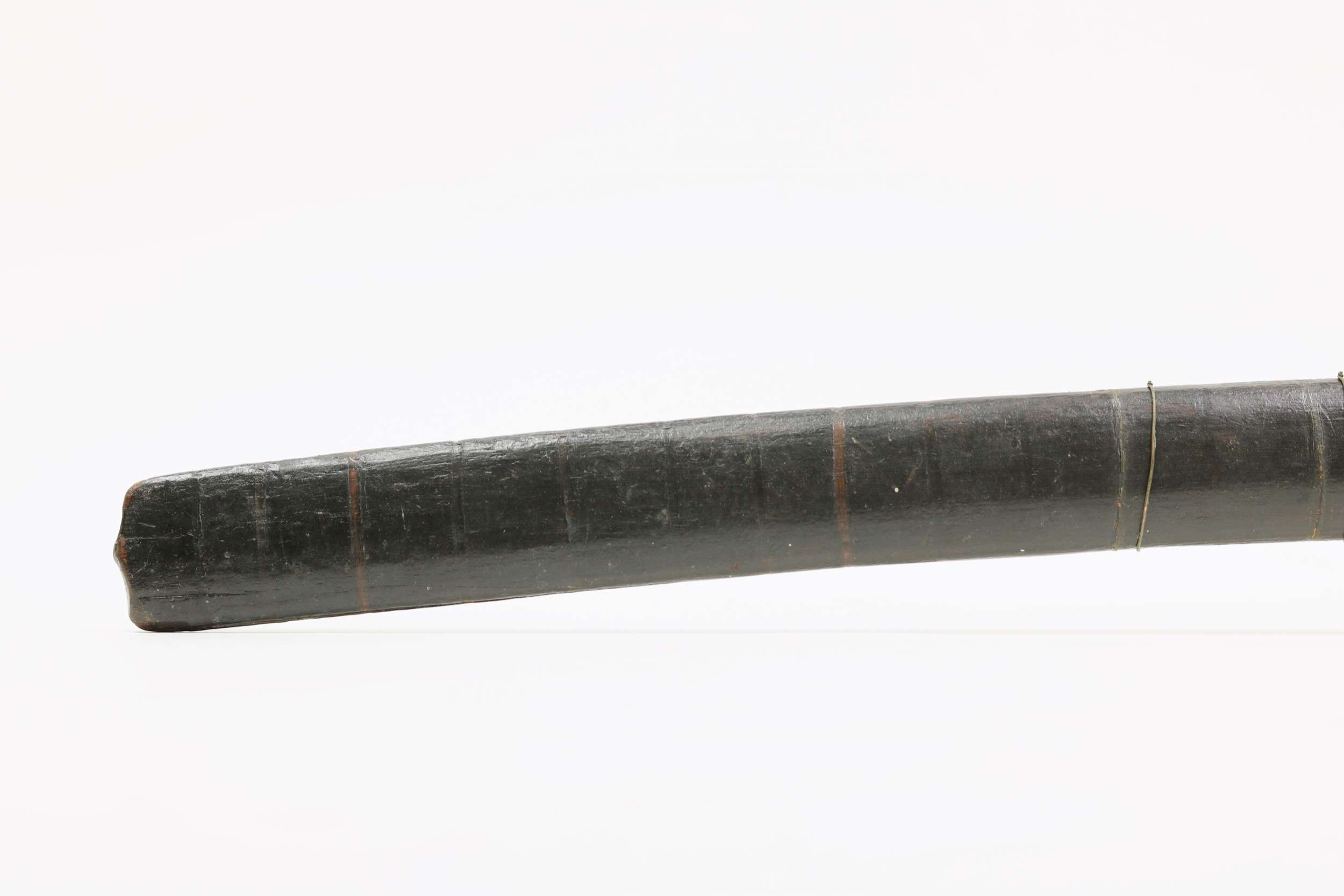 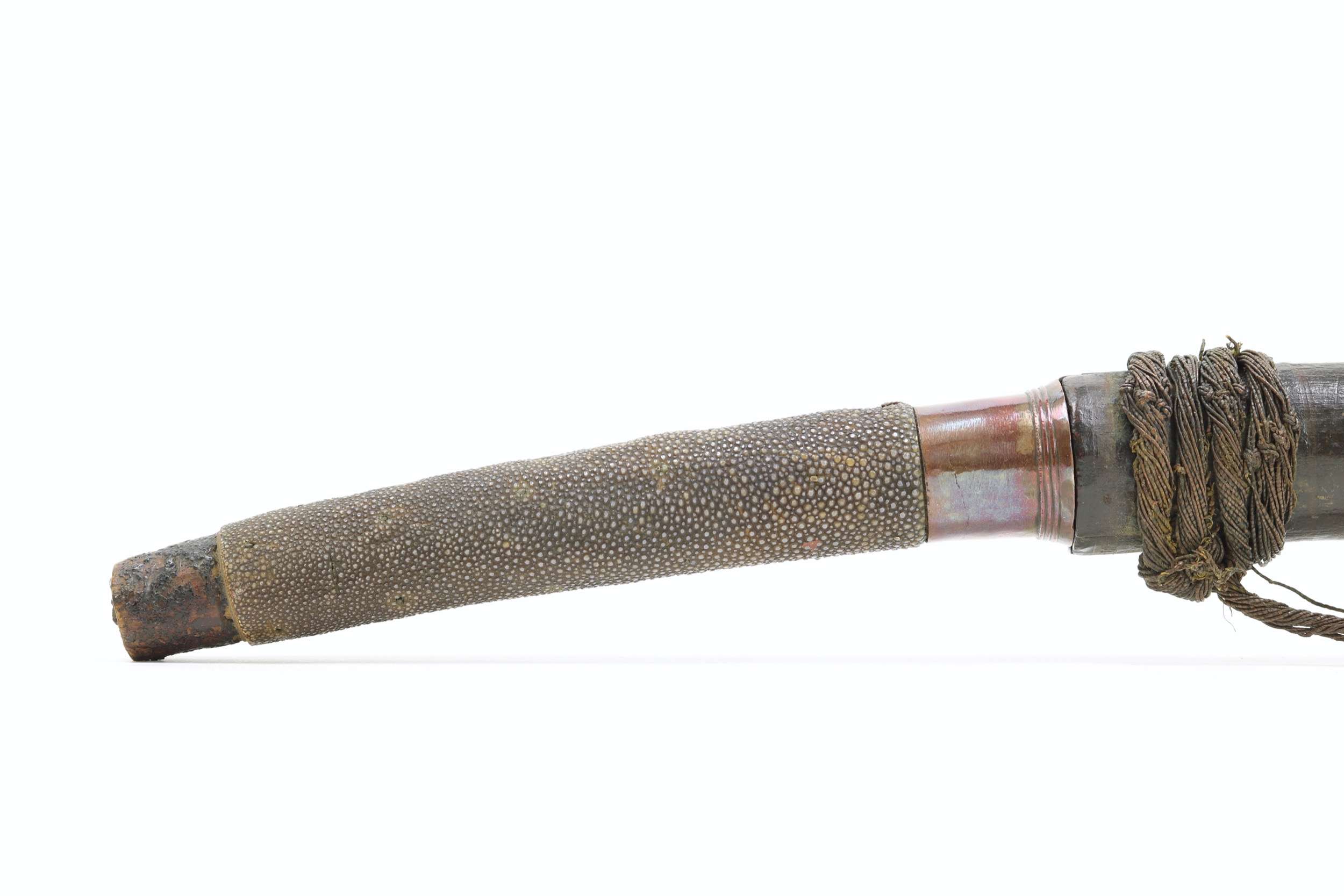 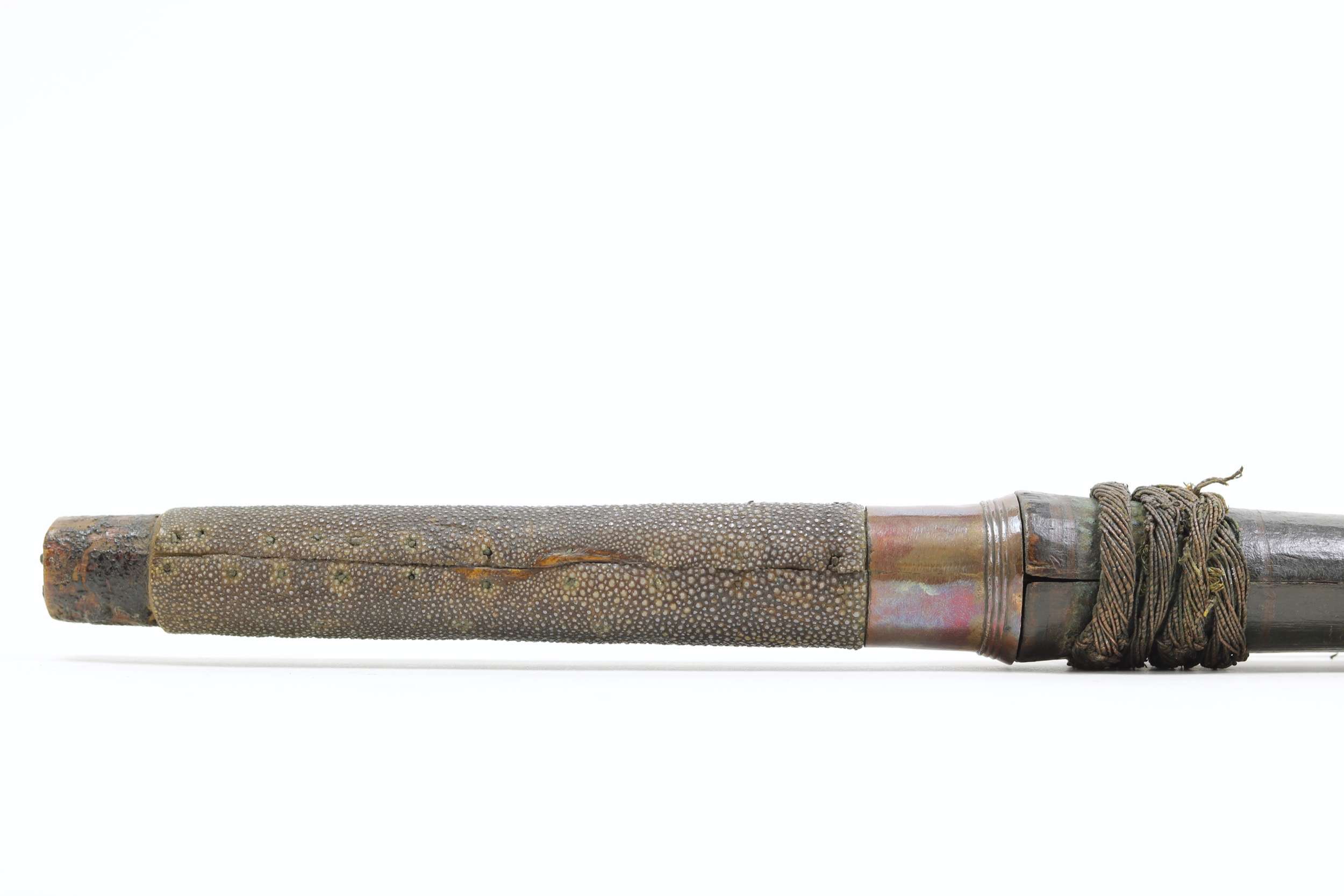 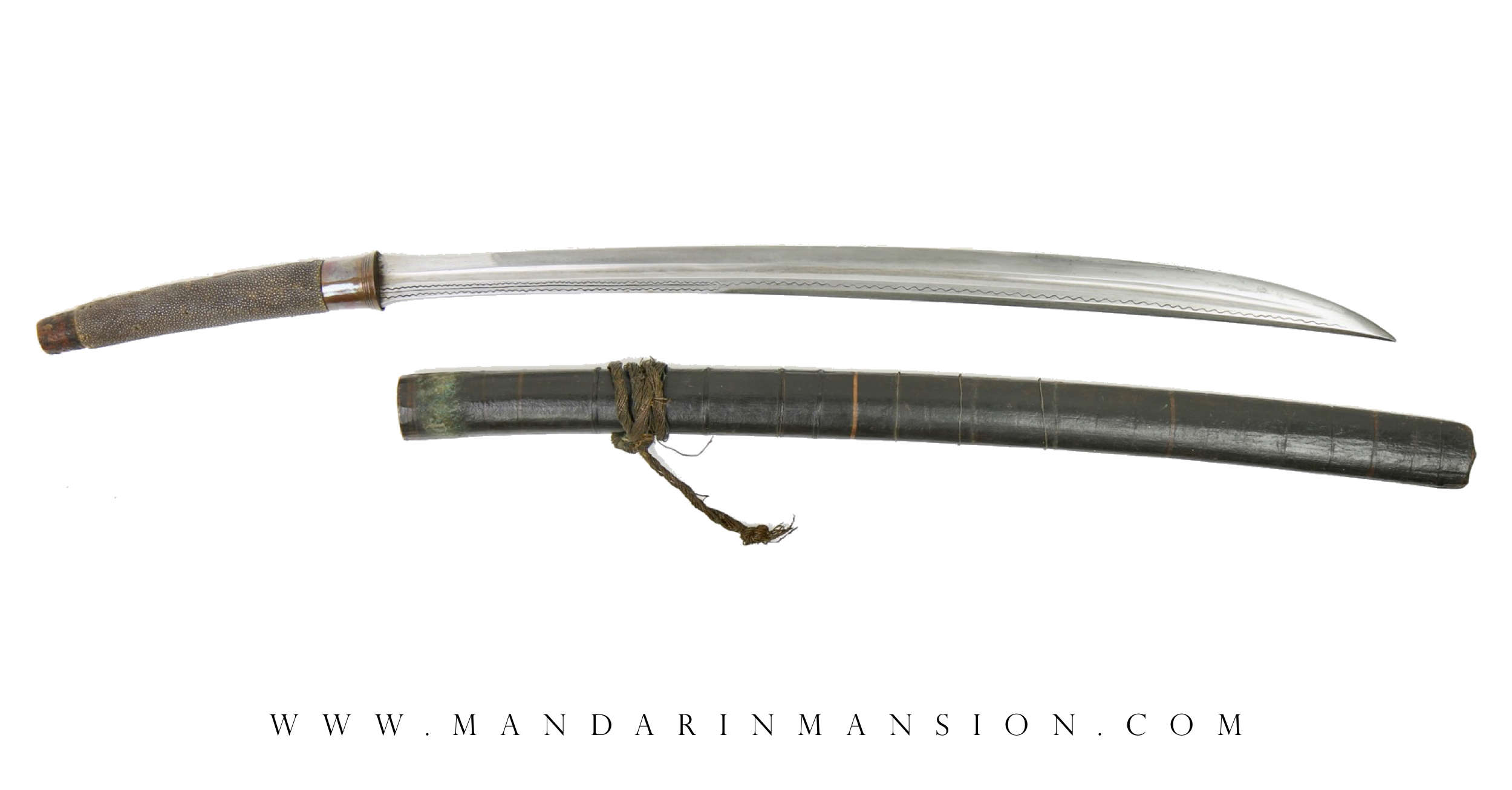