A very rare example of a type of all-leather tube quiver that was used by Mongols and Tibetans of approximately the 15th to 16th centuries.

It is constructed out of separate pieces of leather that are sewn together with strips of leather. It consists out of a bottom half, front and back of the tube, and a collar piece covering the last section of the tube. The cowl on top consists of many narrow strips of leather, four layers thick in most places but overlapping at the fold.

It was suspended at the right hip by means of leather straps that are attached to two leather loops that go around the quiver's tube.

The entire piece seems to have once been elaborately decorated. There are remains of black, ochre, cinnabar red, silver powder, and bright oranges and a deep purplish-blue. This is possibly based on lapis lazuli pigments that, for long, were only found in Afghanistan and exported to many parts of the world.

The inside, back, and sides of the cawl, as well as the bottom part of the tube, show the black and ochre used to mimic tiger stripes. Such motifs are relatively common occurrences of Tibetan quivers of the 19th century, see an example from the Richard Wagner collection, sold at Bonhams in 2015.

No other quivers of this early type are known with remains of such an array of colors, nor with tiger stripes, but it goes to show that this tradition goes quite a way back.

These quivers are exceedingly rare, and as such there are hardly any comparable examples.

There is one in the Royal Armories in Leeds, accession number XXVIB.141. It is of a somewhat more sophisticated and possibly later design. Typical for these is that they tend to be put together using a fine braid of green leather strips, and are finely decorated with black lines on a reddish brown background.1

Another is in the Metropolitan Museum in New York, accession number 2014.71. This is closer to the example currently discussed, in that it is put together with a more simple leather braid, and that the cowl is rather thick and made up of four layers of thick leather strips. 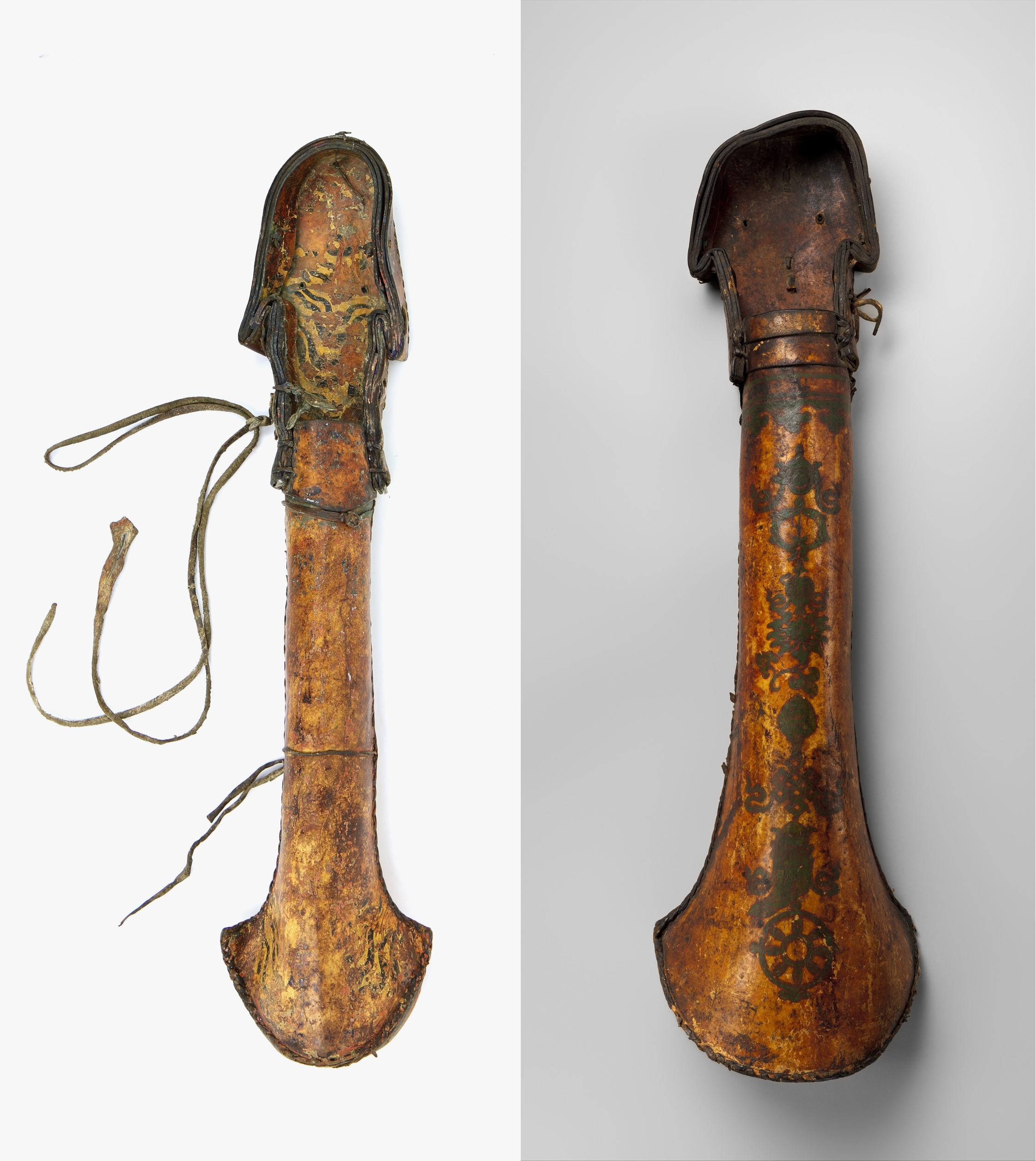 An interesting and unusual example of what is already a very rare type of quiver. 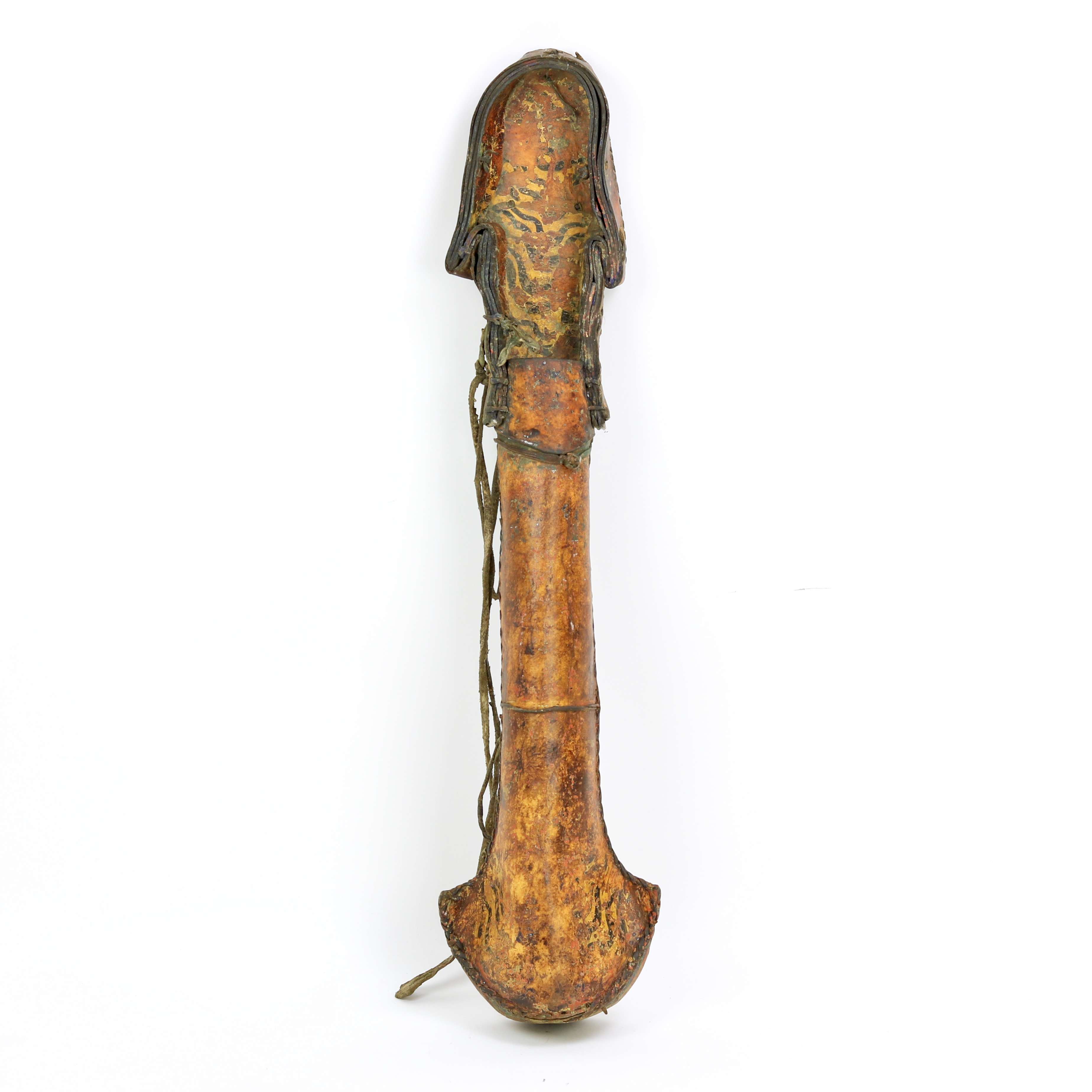 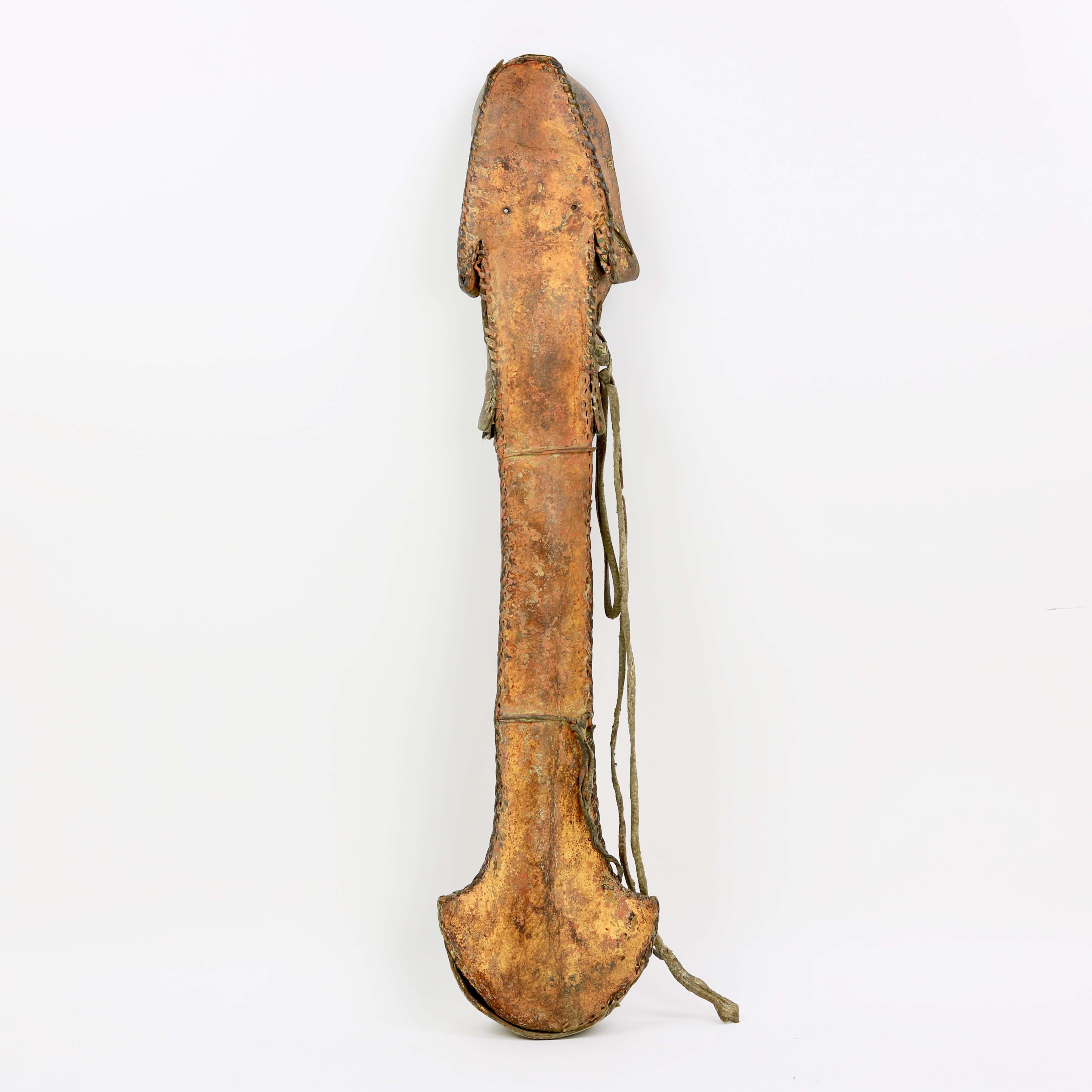 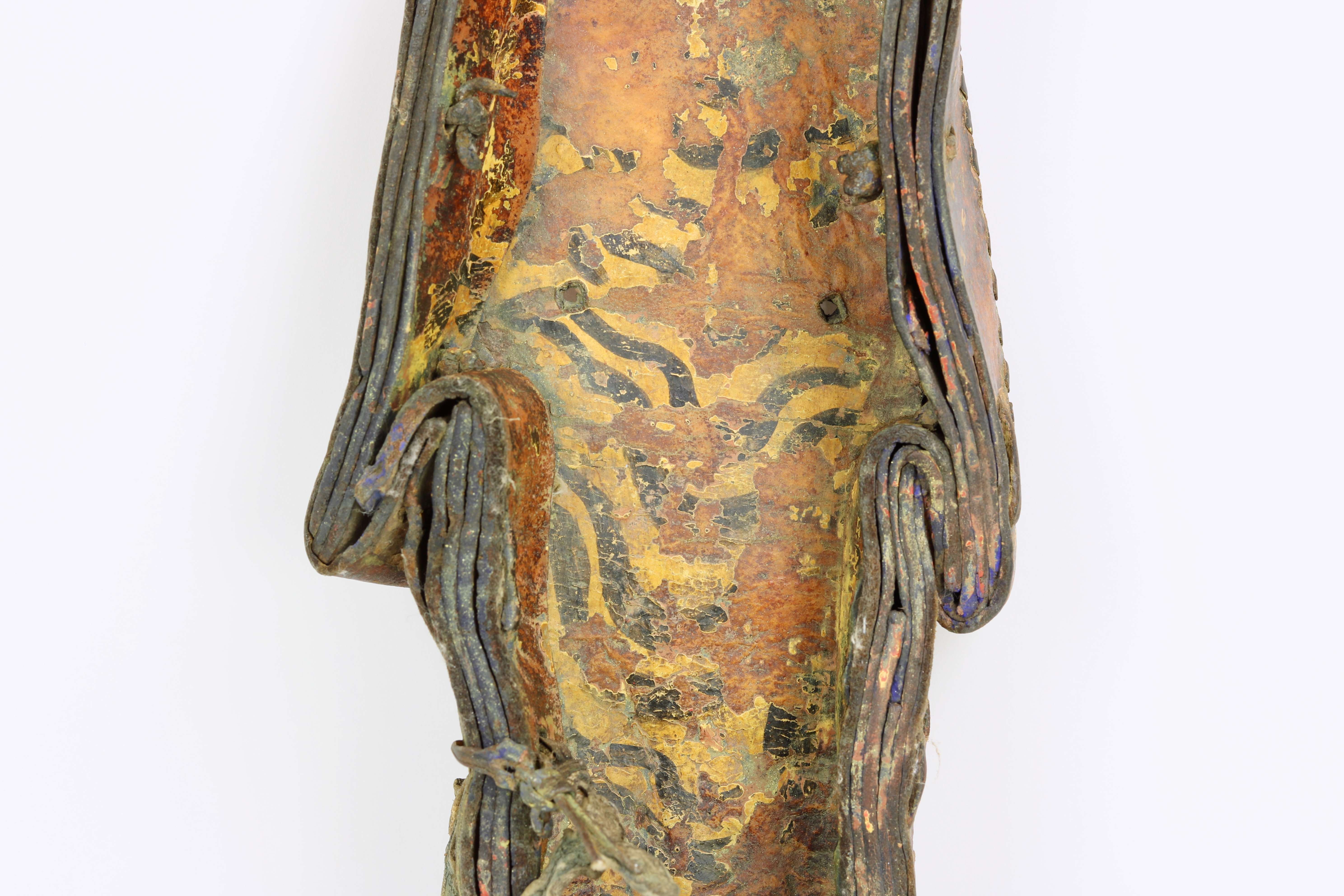 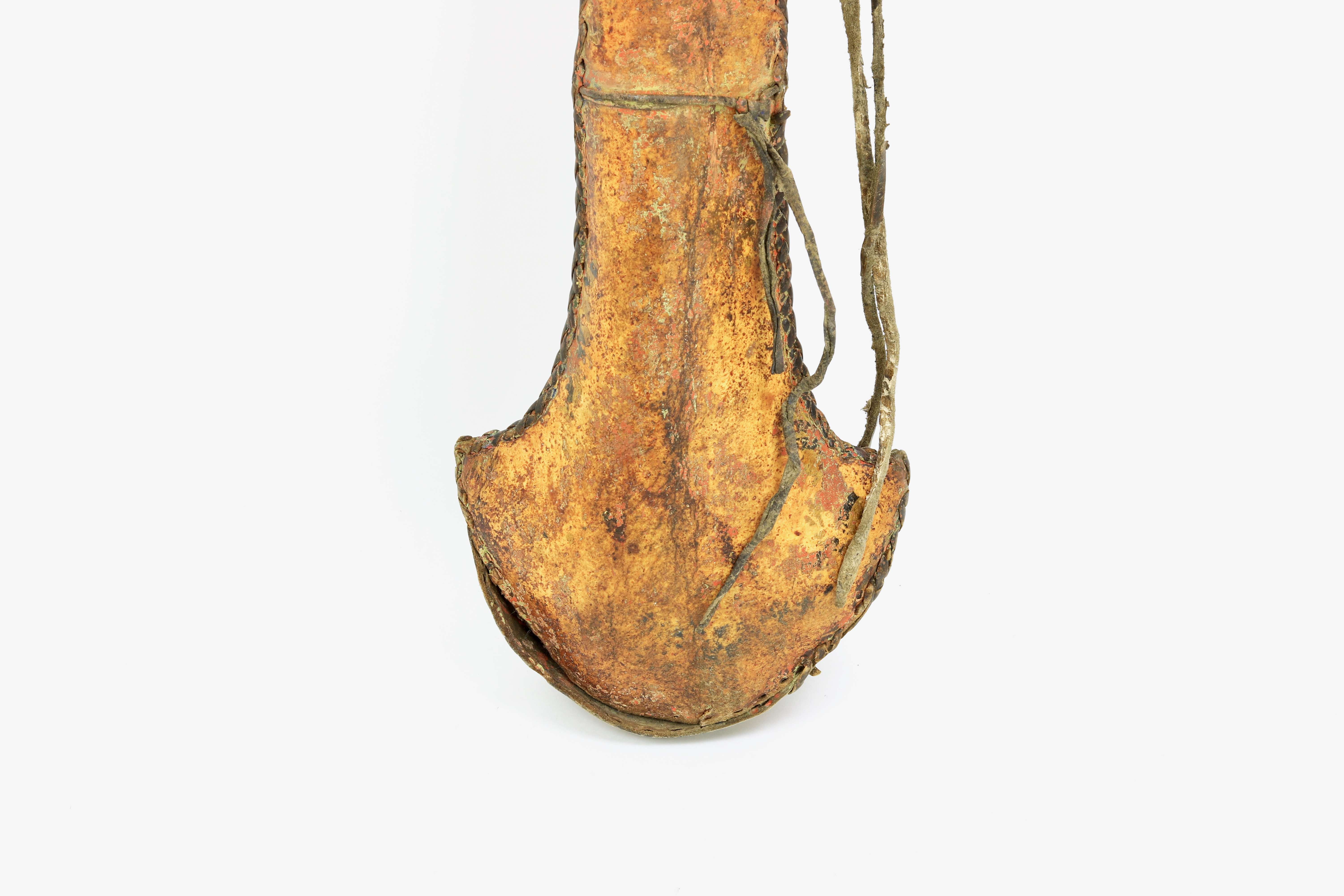 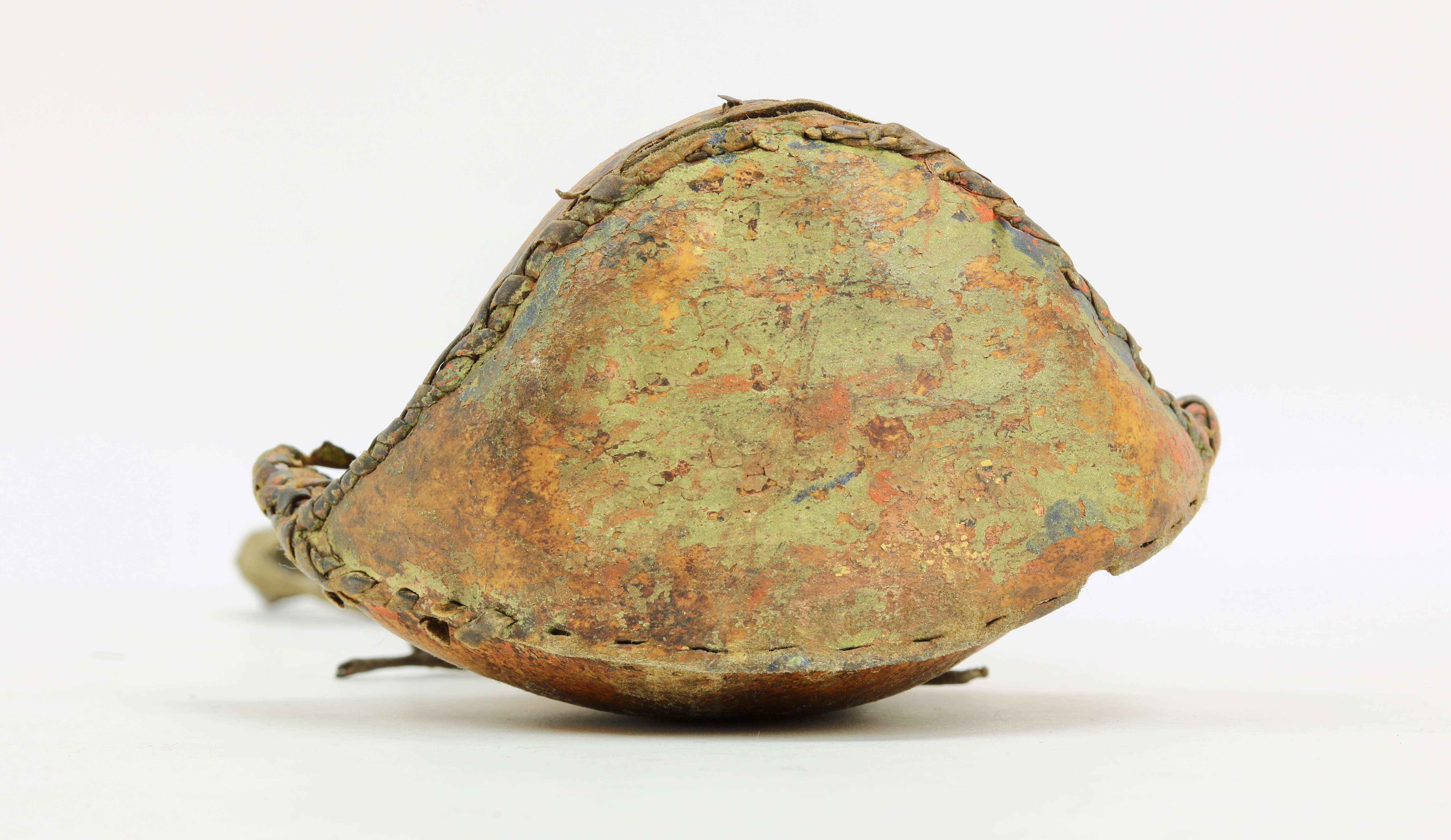 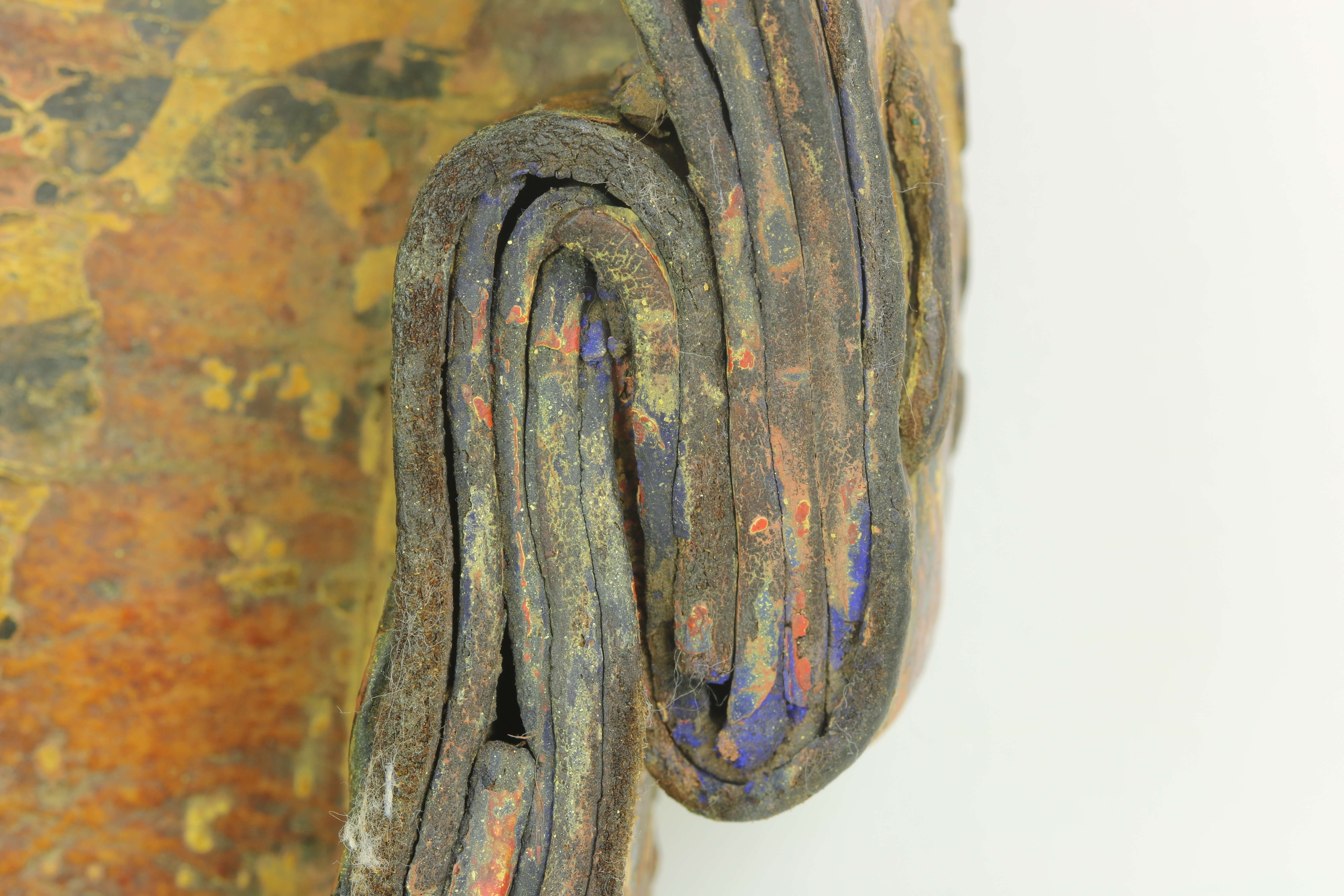 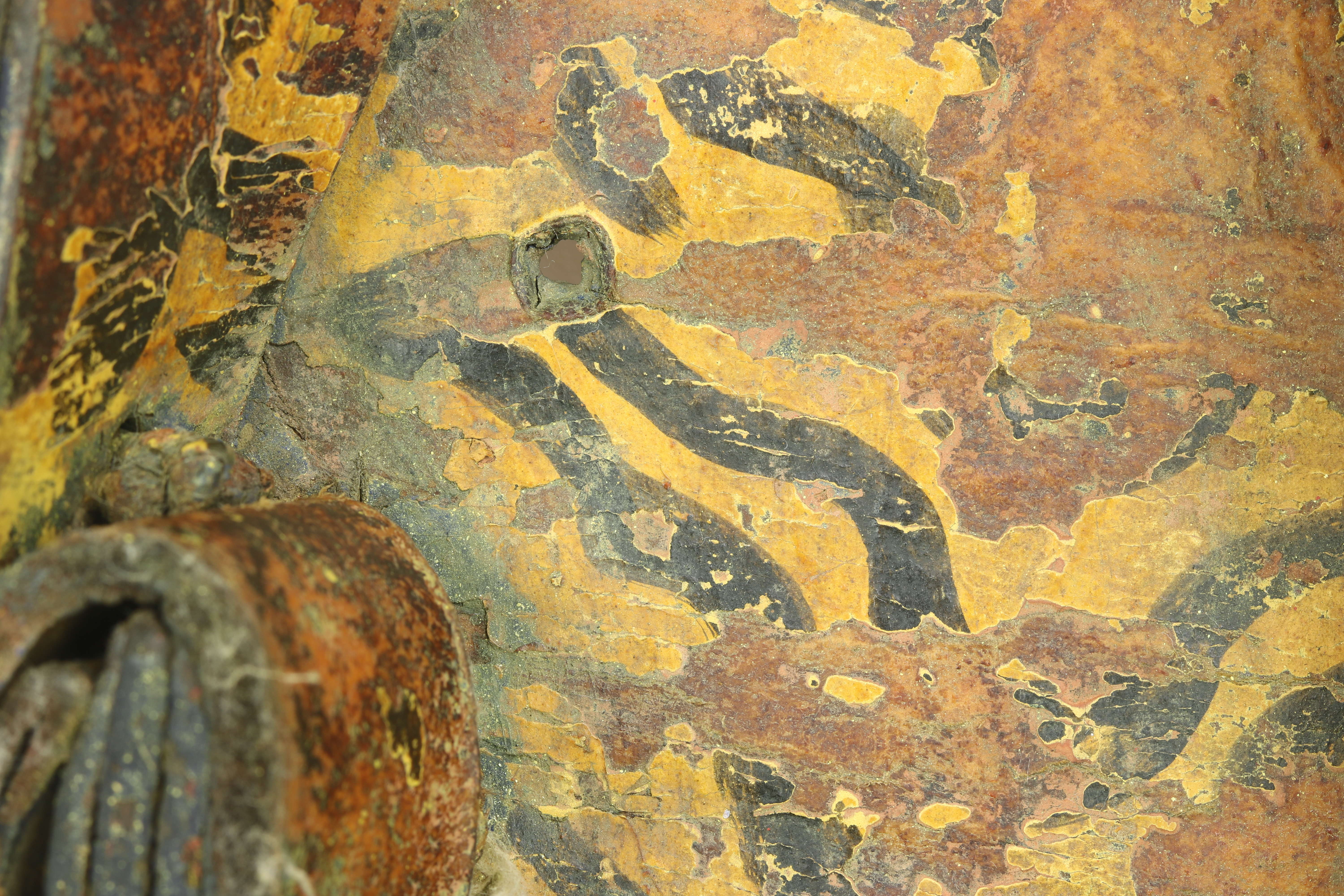 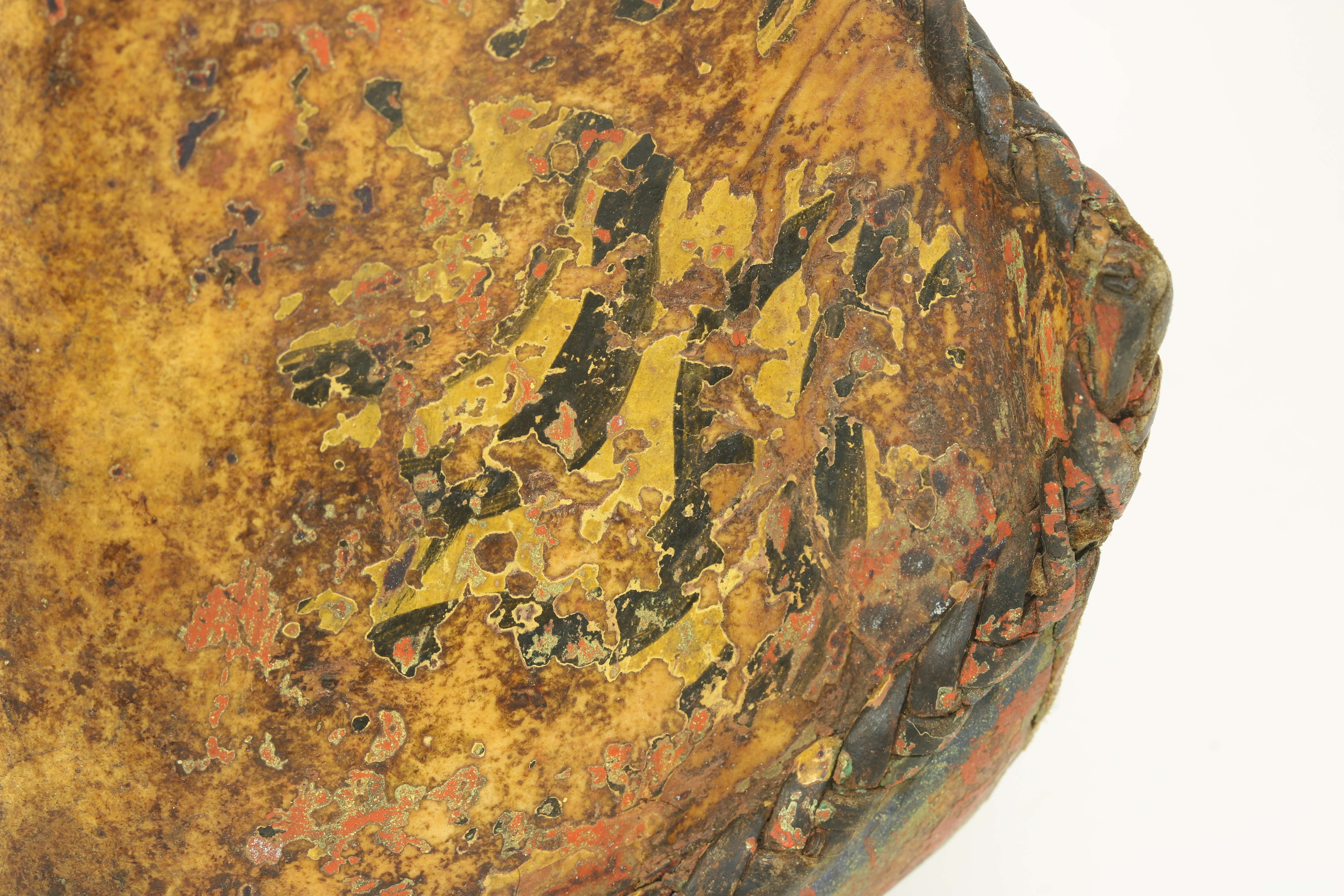 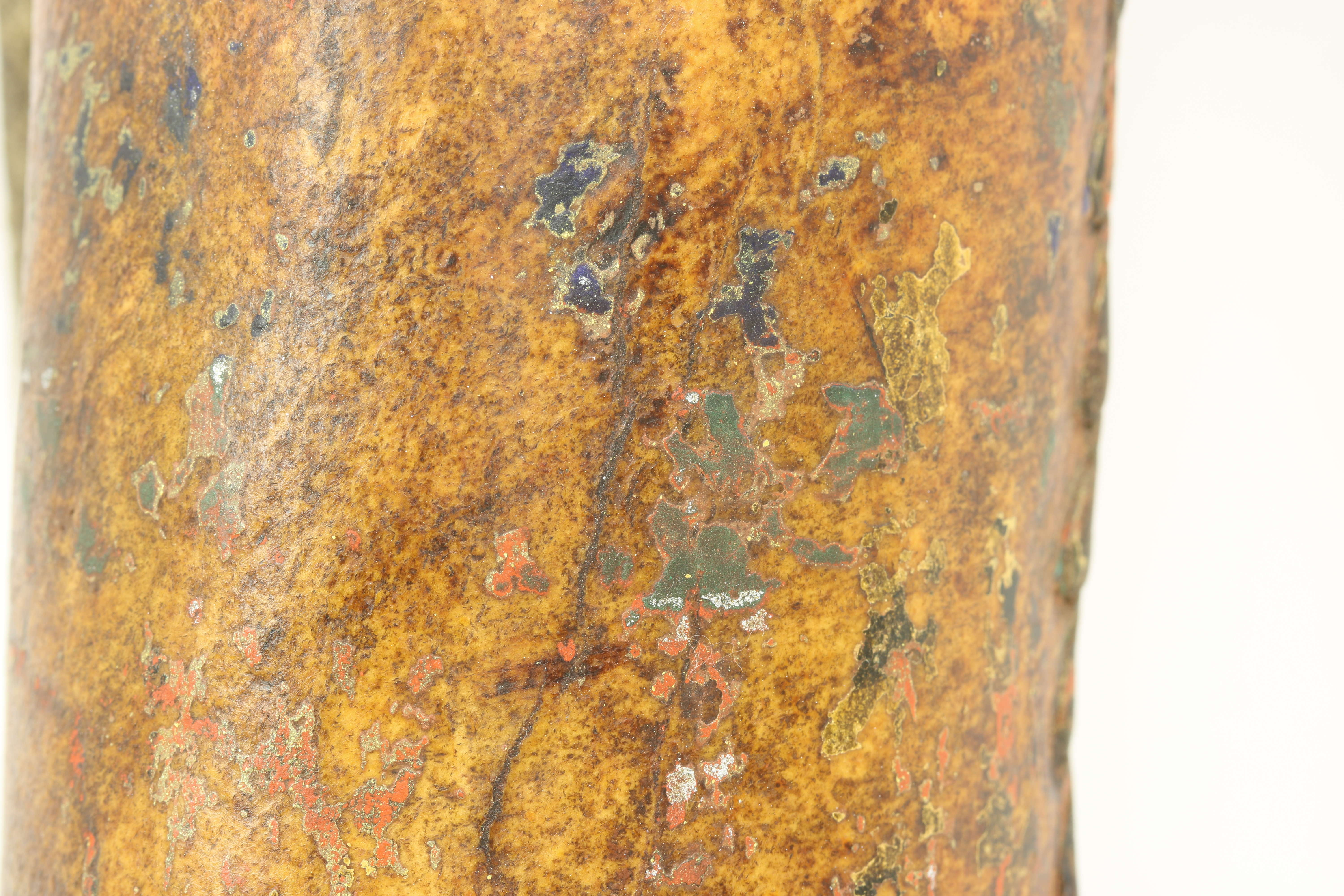 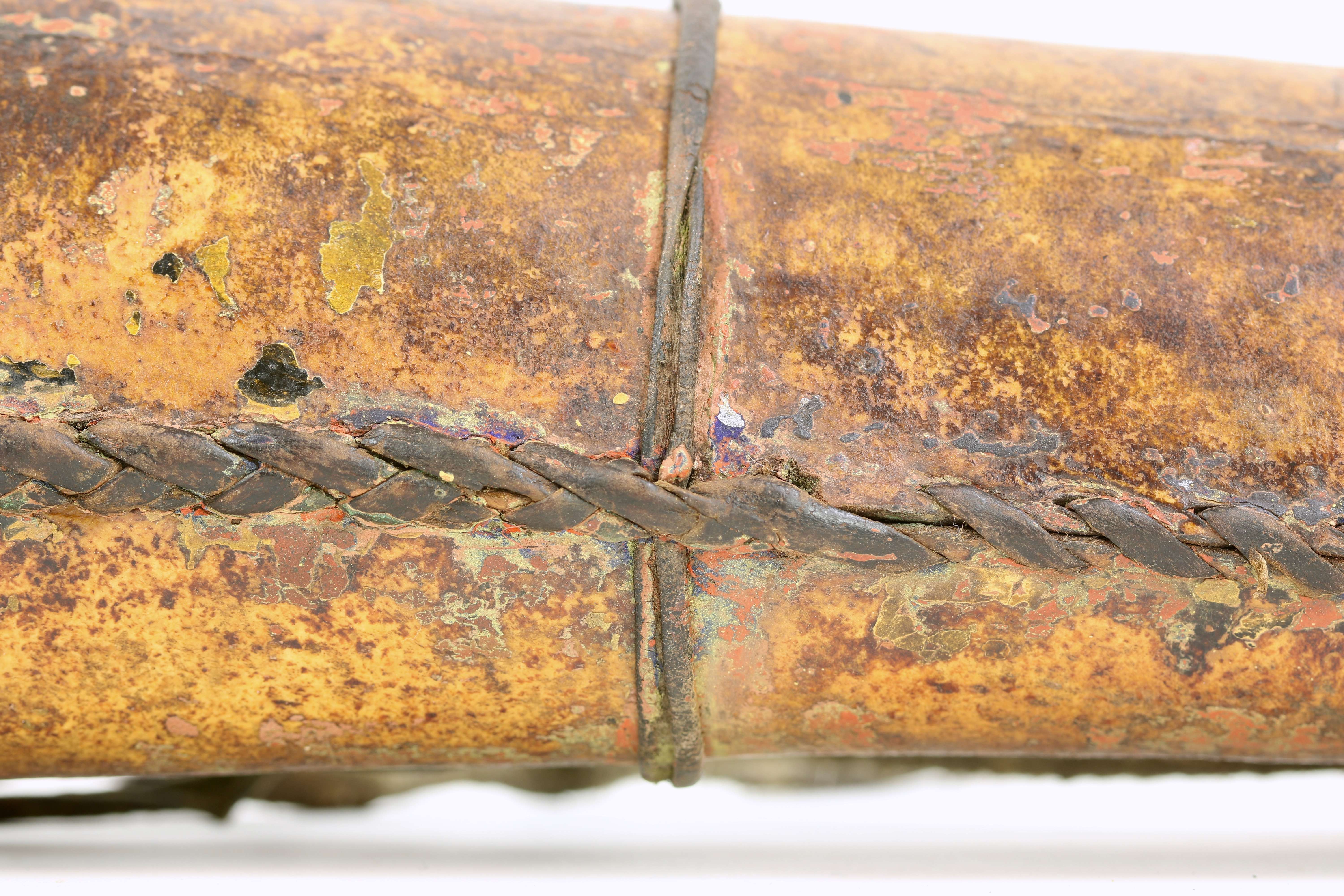 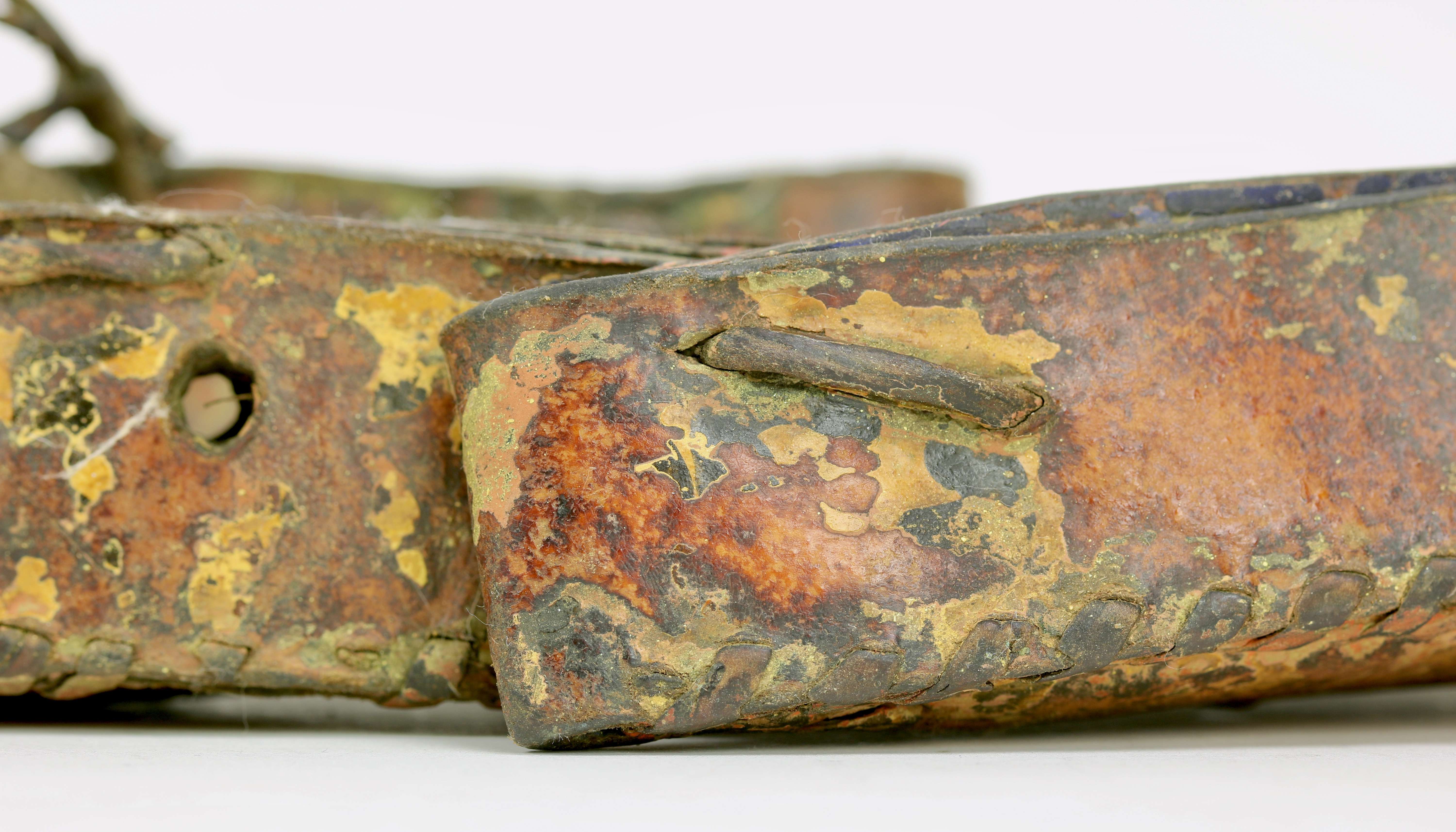 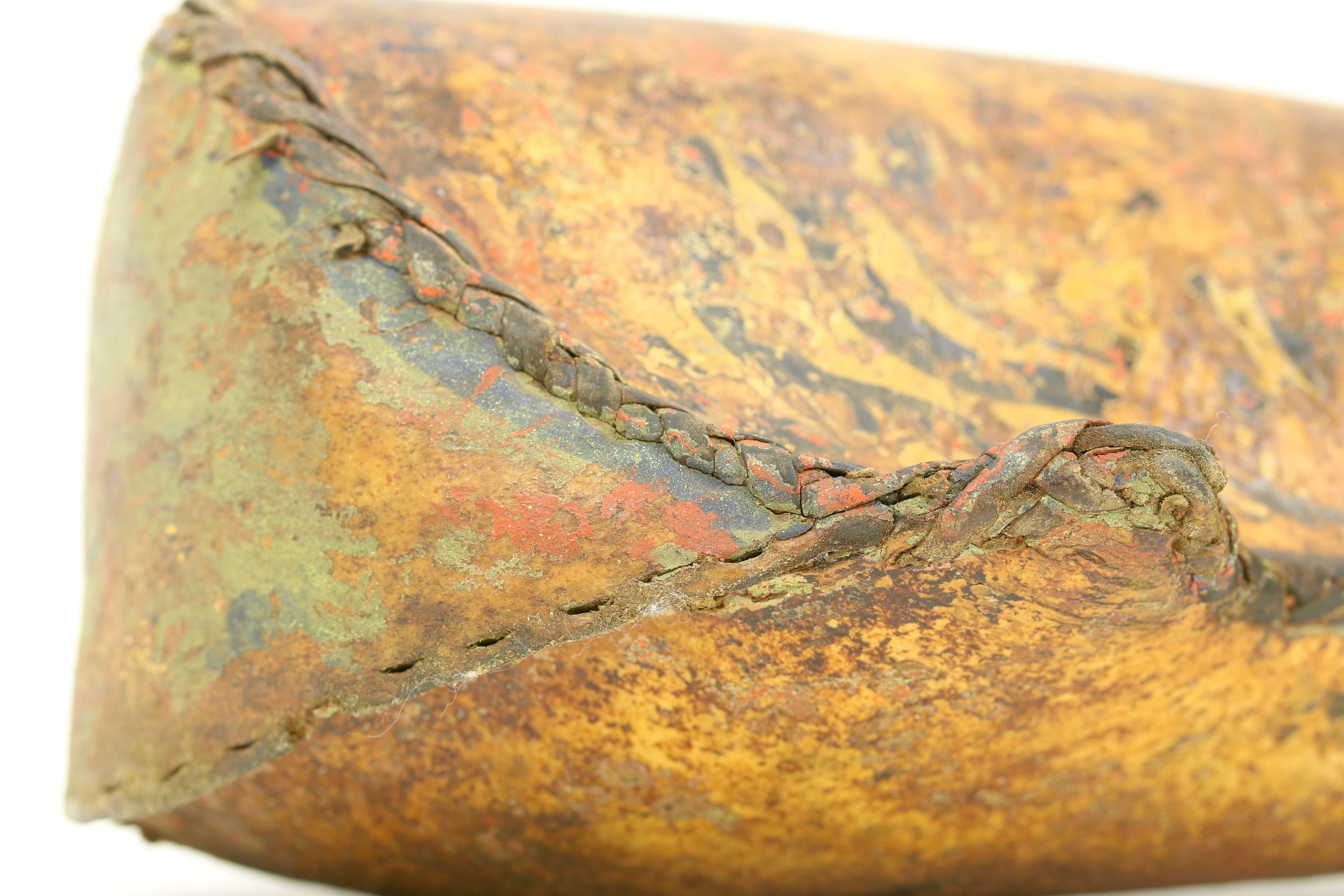 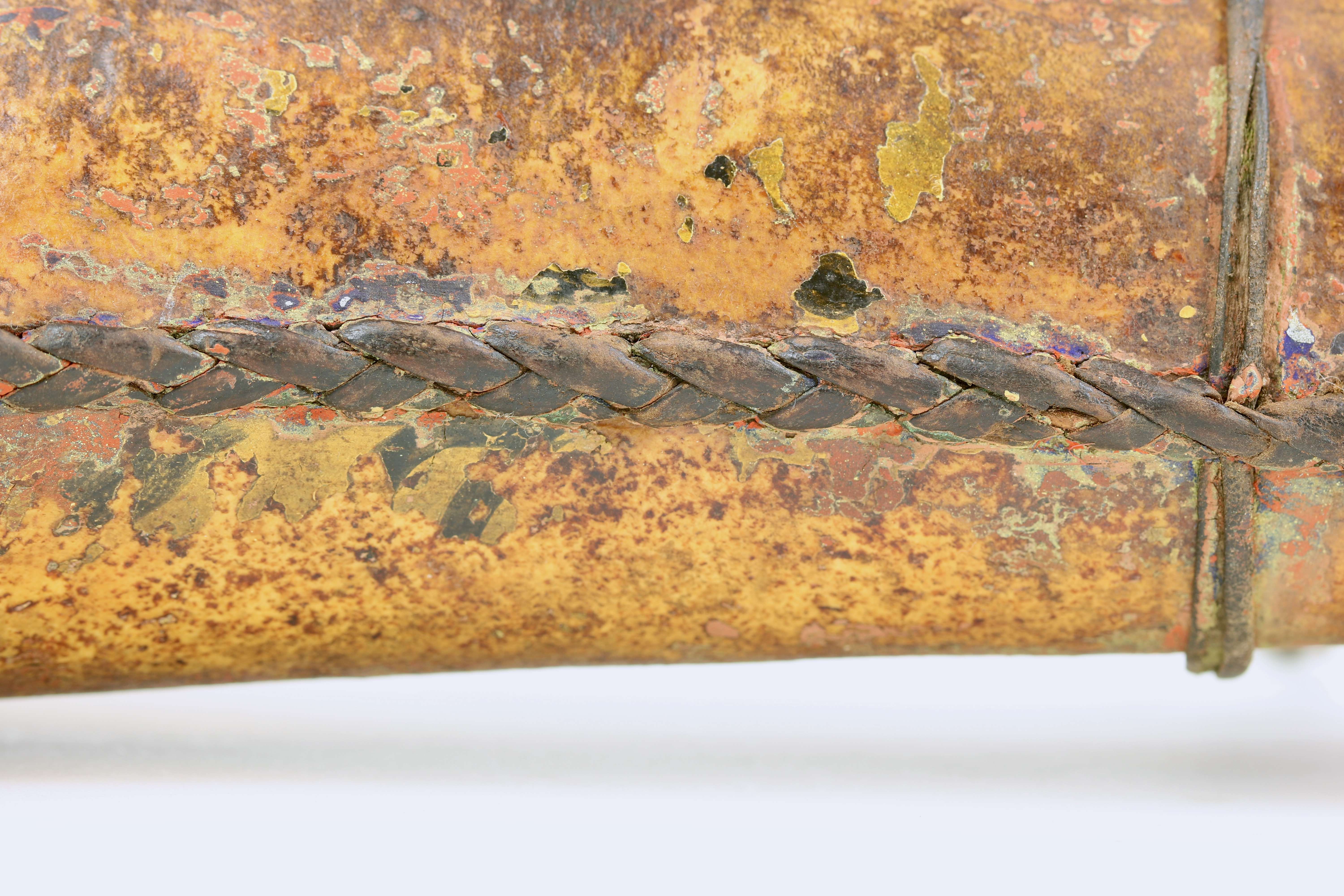