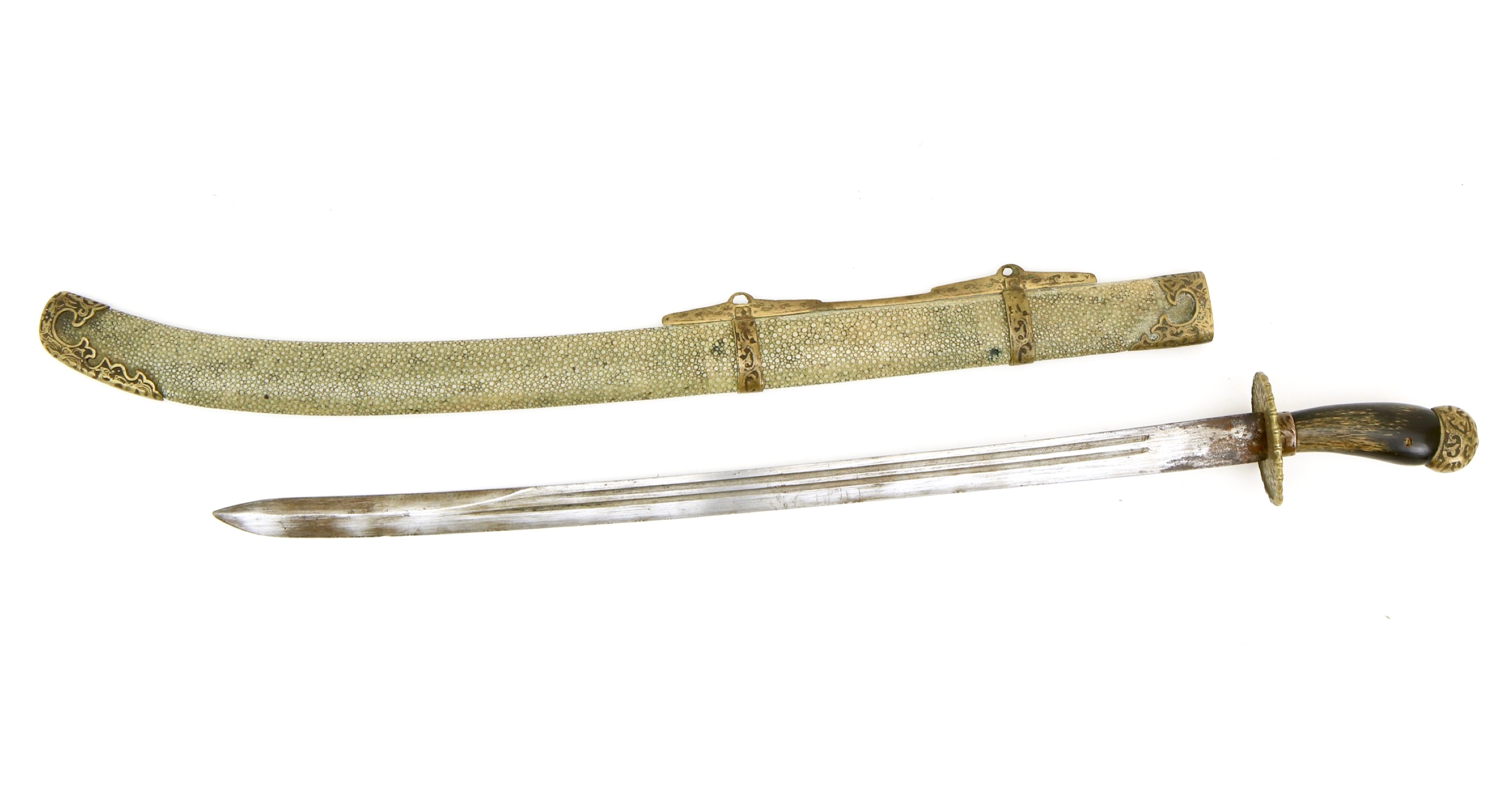 During the Qing dynasty, it was illegal for a male Manchu to go out and about without a saber. This lead to many Manchus having a variety of sabers for different purposes. By the 19th century, many smaller and lighter sabers were made for everyday carrying at peacetime.

The quality of these pieces varies. Some were very well made, while others did not have properly hardened blades are were more like tourist curios. A number of them in fact seemed entirely made for the tourist trade, and many of those ended up in Europe and the USA because they easily fit the steamer trunks of the day.

A somewhat rarer variety of a late Qing weapon-grade saber. The blade is narrow and with a gentle curve. It has two narrow fullers, and a very well defined backedge. The spine droops down at the tip, a feature typical for a group of southern Chinese sabers. The piece has little distal taper, giving it a more forward balance than one would expect. Blade in very good shape, with only minor corrosion at the base and some scratches and small edge damage.

It's the kind of blade that would take a polish quite well, which is something for a new owner to consider. The blade is probably forge folded with an inserted high carbon edge plates.

It comes mounted in a type of fittings that are often encountered on southern weapons and which were likely made in Guangzhou (Canton). In includes a guard with a bamboo sectioned rim, and fittings that were decorated with archaic kui dragon motifs that were inspired by ancient bronze vessels that were collected by China's elite.

The handle is made of a single, fine piece of water buffalo horn. The original scabbard is covered with ray-skin. There is a piece of paper glued to the right side of the scabbard with the number 415. Probably an old collection inventory number.

Very good condition throughout. Due to shrinkage of the horn over time, there is now some play in guard and ferrule. Original peening at the handle intact. No losses to the ray skin.

A decent example of a southern Chinese saber, probably made in Guangzhou (Canton) for a Manchu Bannerman who wore it as part of his daily attire. It's a little better than most of this genre, and might benefit from a polish by Philip Tom. 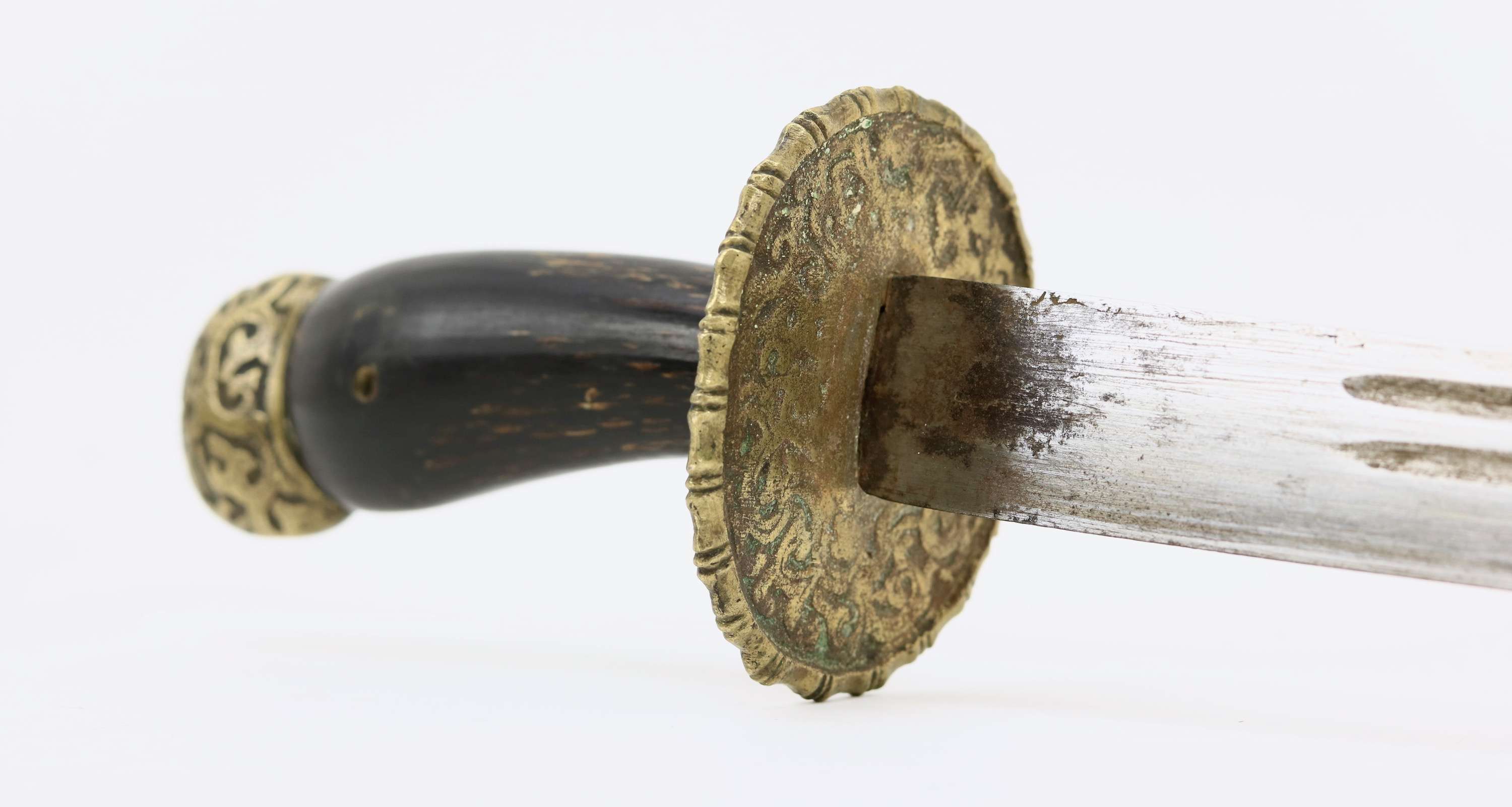