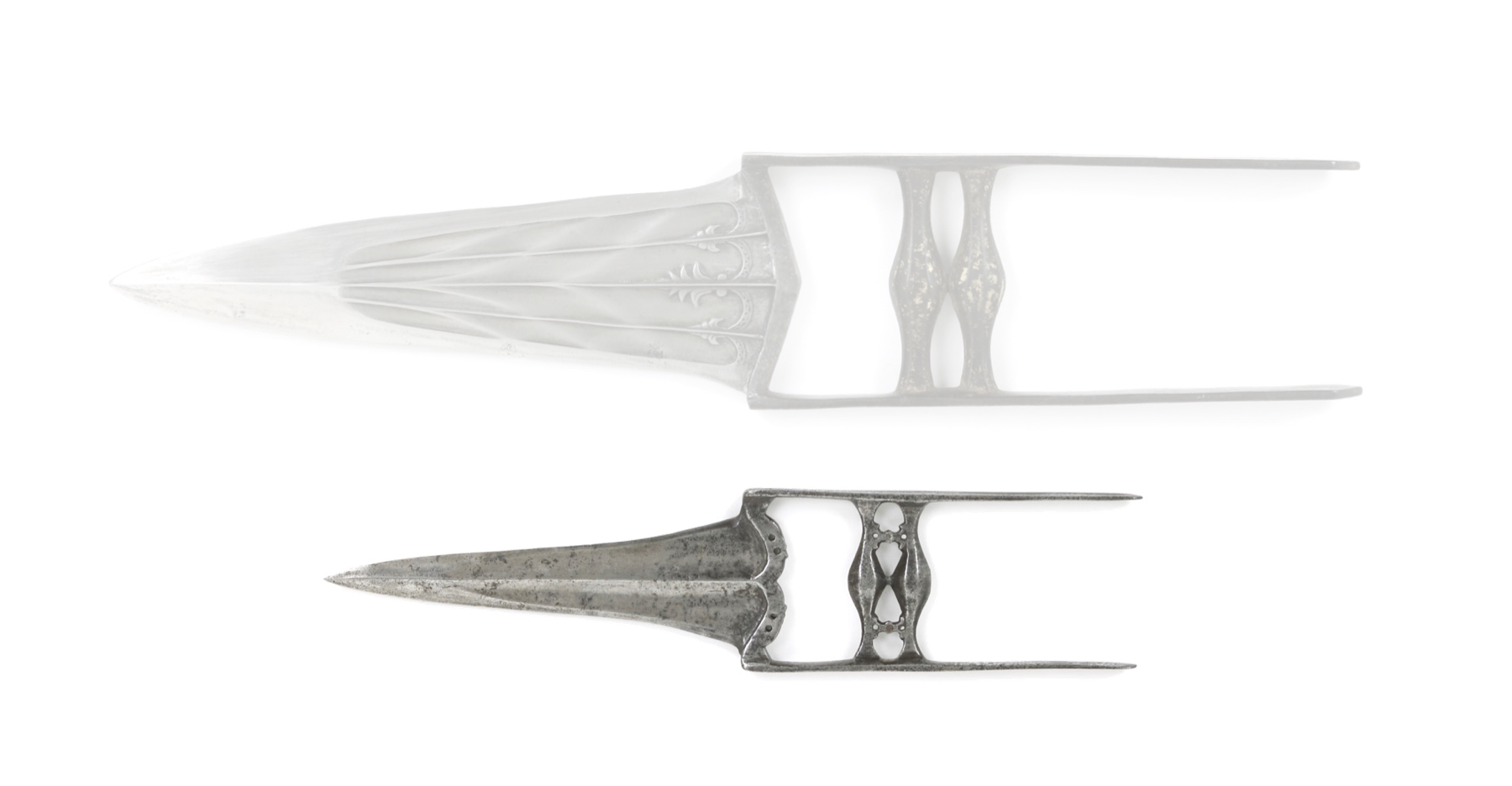 Here we have a small katar, probably for a young Rajput. It is of one-piece steel construction with a sharp, tapering blade with a pronounced center ridge. Seen from the side there is a swelling at the tip to reinforce it.

The hilt consists of two concave side bars and two bulging handlebars. The handle bars are joined in the middle and in-between the handlebars are two decorative floral ornaments. Both elements are commonly found on katar made in Bundi, but the style was also made in Sirohi.

It is made of good, hardened steel and rings like a bell when struck.

Bundi is a city in the southwest of old Rajputana, largely what is now present-day Rajasthan. It was the capital of the princely state that went by the same name. Bundi was ruled by the Hada Chauhan, a branch of the Chauhan caste of Rajputs. They claim descent from Suryavansha (the mythical Solar dynasty) and their myth of origin has their ancestors arising from fire.

The coat of arms of Bundi refers to this by showing a warrior arising from a column of flames with a sword and bow in hand, or sometimes a sword and shield: The coat of arms of Bundi under Ram Singh, 1877. Notice the katar on top.

The katar was of great importance to the Rajputs of Bundi. The weapon featured on their coins, postage stamps, and coat of arms. When looking at 19th-century photographs of rulers of Rajputana, it is striking that only those of Bundi are always depicted wearing a katar: Although the katar worn by these rulers were probably entirely covered with gold, you can see that the handle and sidebars are of identical form.

For more on the katars of Bundi, see: an all-steel Bundi katar, a golden Bundi katar and a gilt katar with spiraled hilt sold previously on this site.

A small all-steel boy's katar resembling a form of katar made in Bundi, a town where the katar was deemed of great importance. Although it is small in size, it is sharp and fully functional. 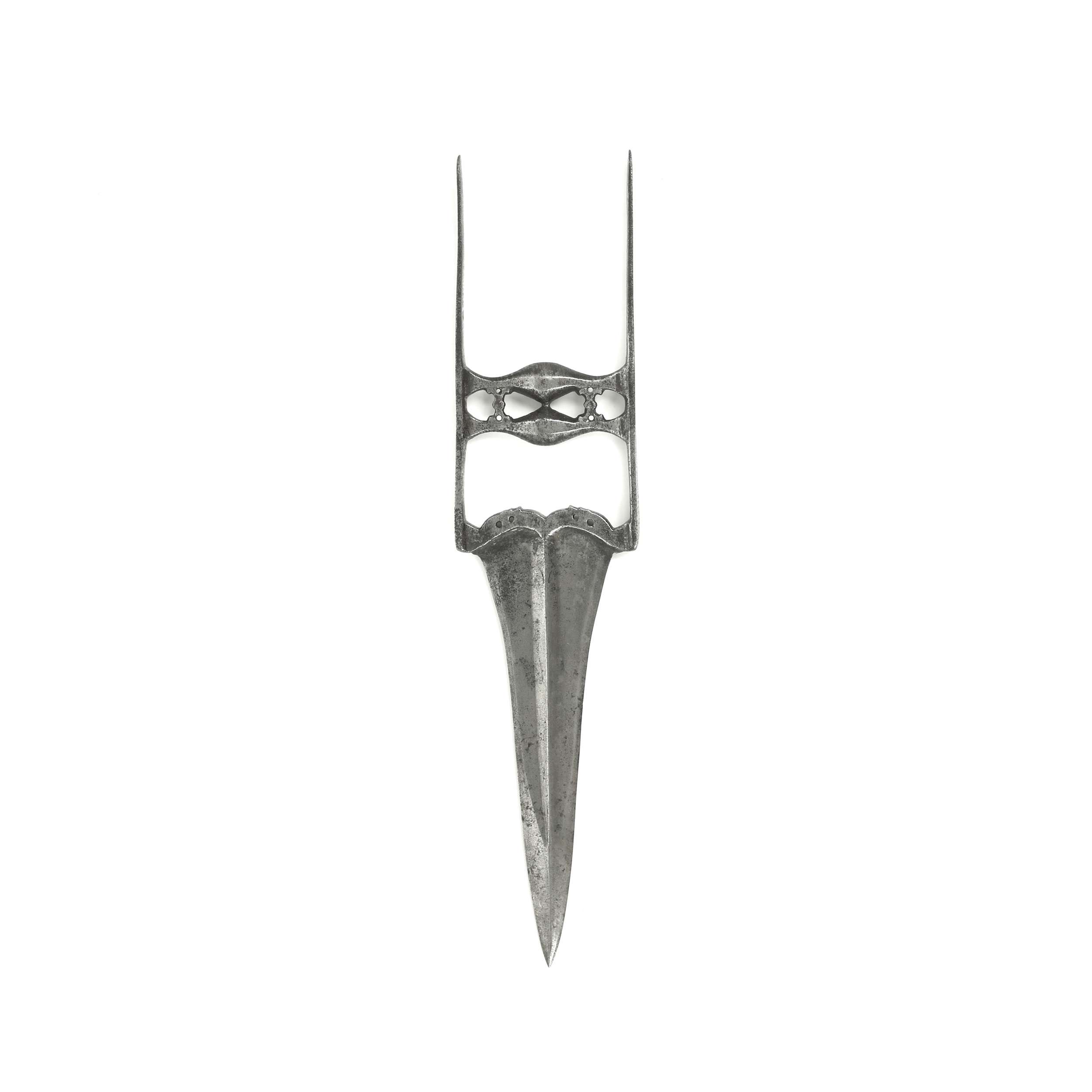 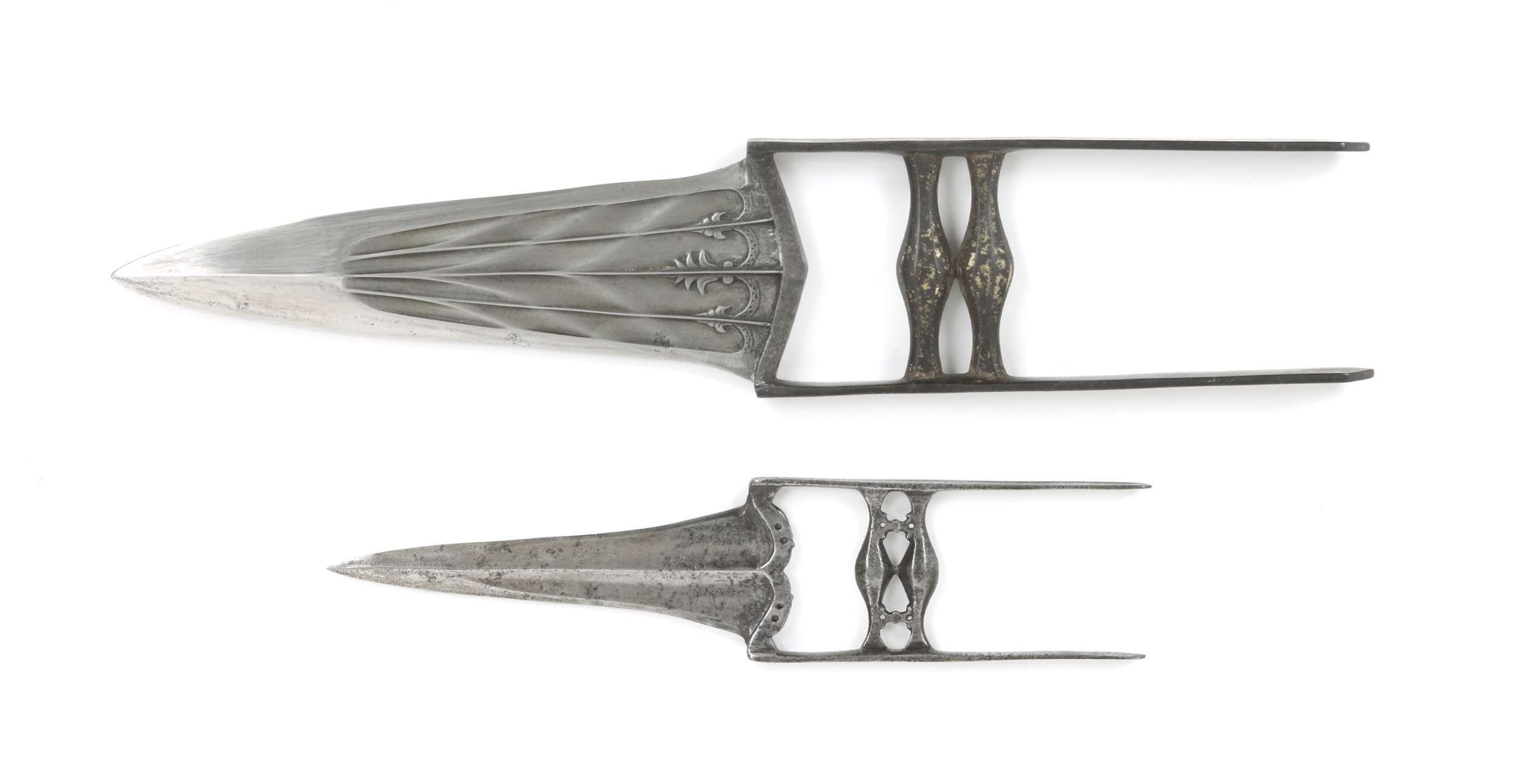 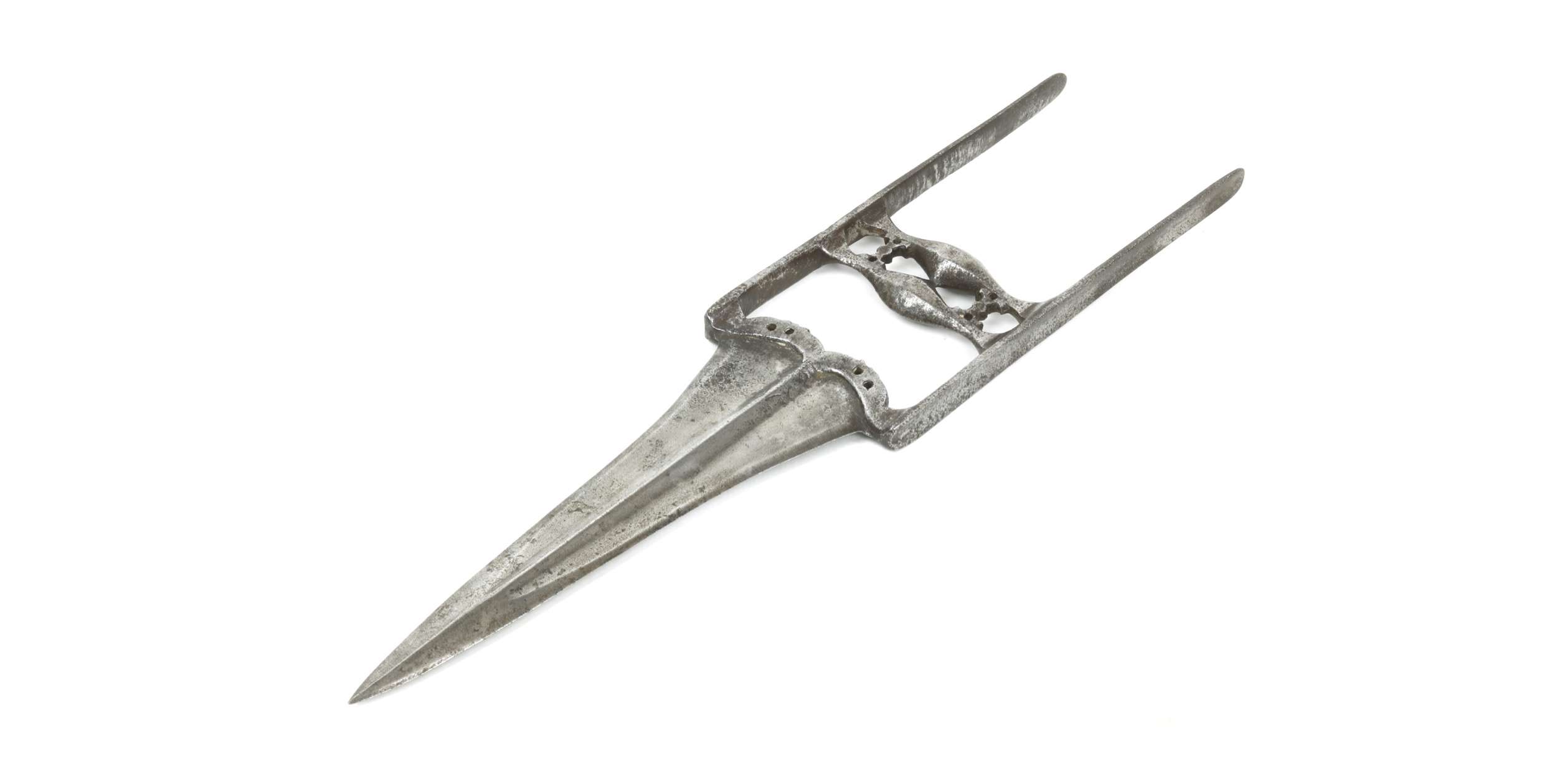