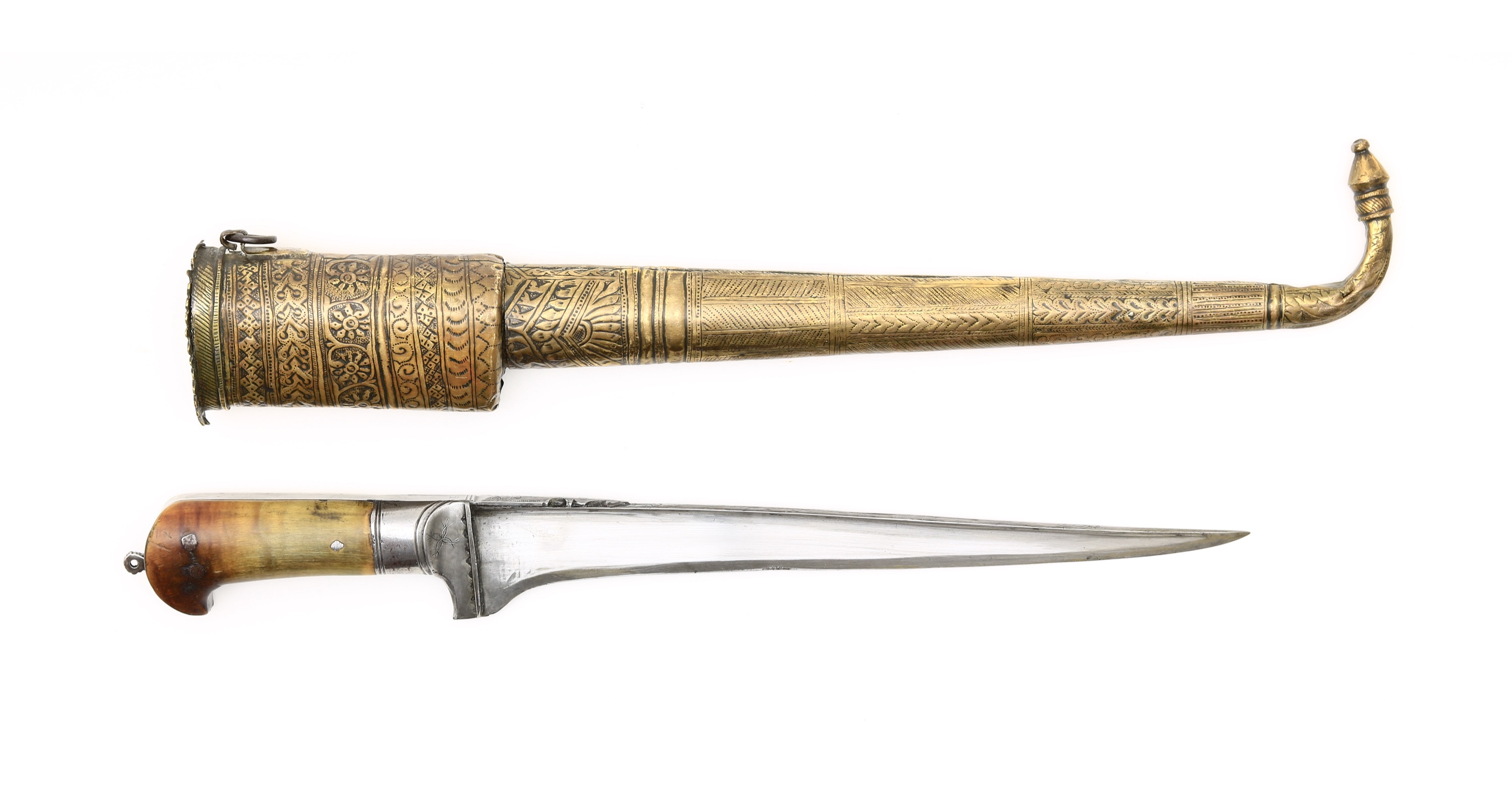 An antique dagger, of a type that could be called pesh-kabz. Such daggers were worn among others by the Pashtun of the Khyber region.1

It has a long, slender blade with T-shaped spine reinforcement that provides great stiffness to an otherwise thin blade. A secondary bevel forms the still very sharp edge. It has a steel bolster and steel hilt, with on either side a slab of horn with a nice gradient from blond do darker brown near the pommel.

The top of the spine is chiseled to form a ridgeline and there is some engraved decoration in the Persian style. On top of the steel bolster is written "٢١", 21 in Arabic numerals.

The wooden scabbard is covered with brass plating, punched and chased with with traditional motifs. It has a characteristic upturned scabbard end. 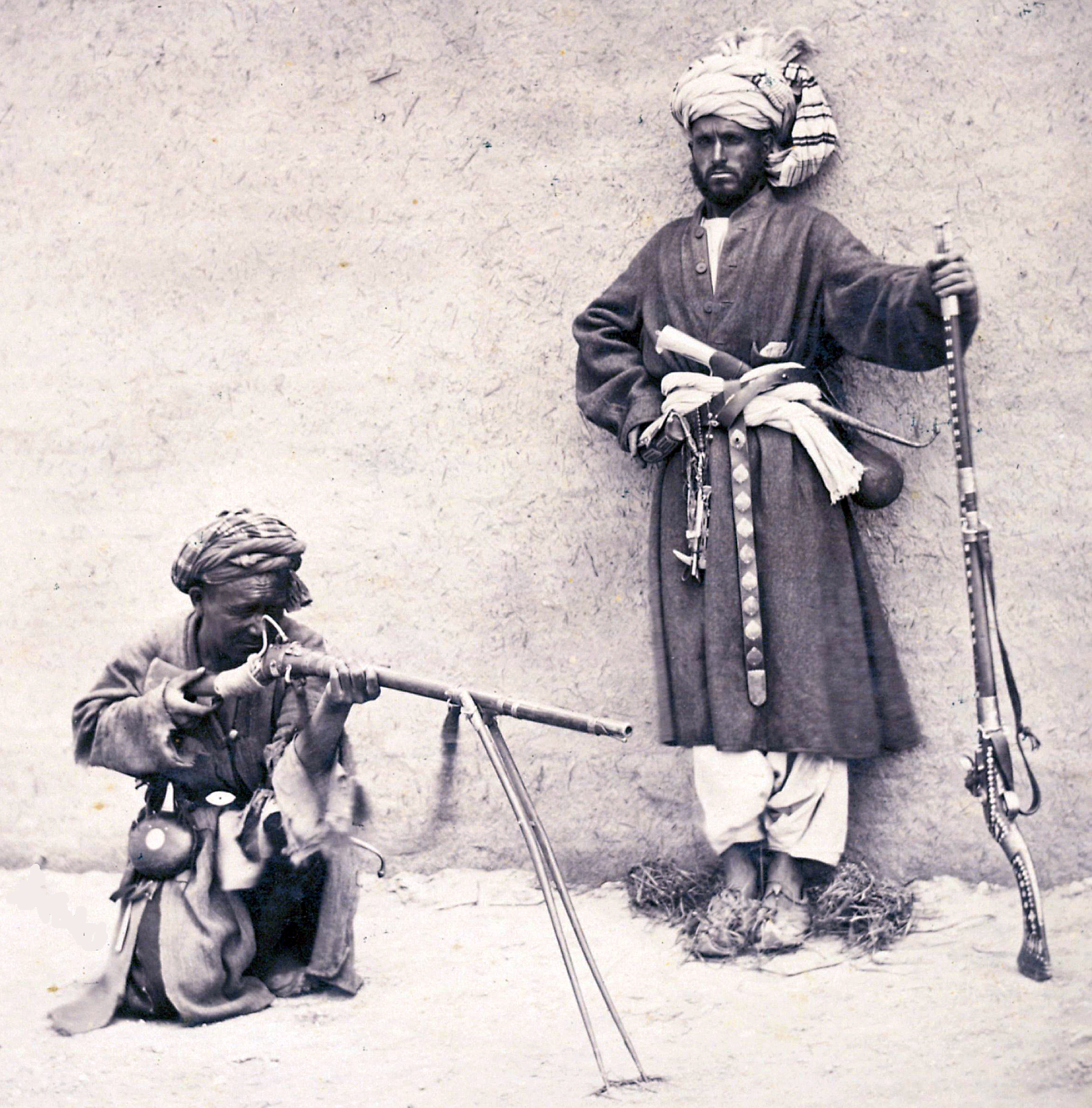