A peculiar style of hooded push dagger that originated in South India, under the Vijayanagara empire.

A classic example of a higher quality Vijayanagara katar.

The Vijayanagara Empire originated in south India from attempts of several smaller Hindu kingdoms to resist the Muslim invasion from the north. Founded in 1336, its capital was the city of Vijayanagara, which at its height was after Beijing the second largest city in the world with an estimated population of half a million people. It was overrun by the Deccan Sultanates in 1565, the start of a gradual decline of the empire that lead to its eventual fall in 1646. Many Vijayanagara arms in Western collections today were found in the Tanjore armory, the contents of which were confiscated and subsequently sold by the British in the 1860's.1

One of the most characteristic weapons of the Vijayanagara are the push daggers or katara, after the Tamil kaţţāri, a weapon best known in the western world under the English romanization "katar". The Vijayanagara examples are believed to be some of the earliest forms of this characteristic Indian weapon. The typically have rather long blades and a shield-like guard incorporated into the handle.2

The best examples are works of art with an aesthetic that is so out of this world that it looks almost futuristic. 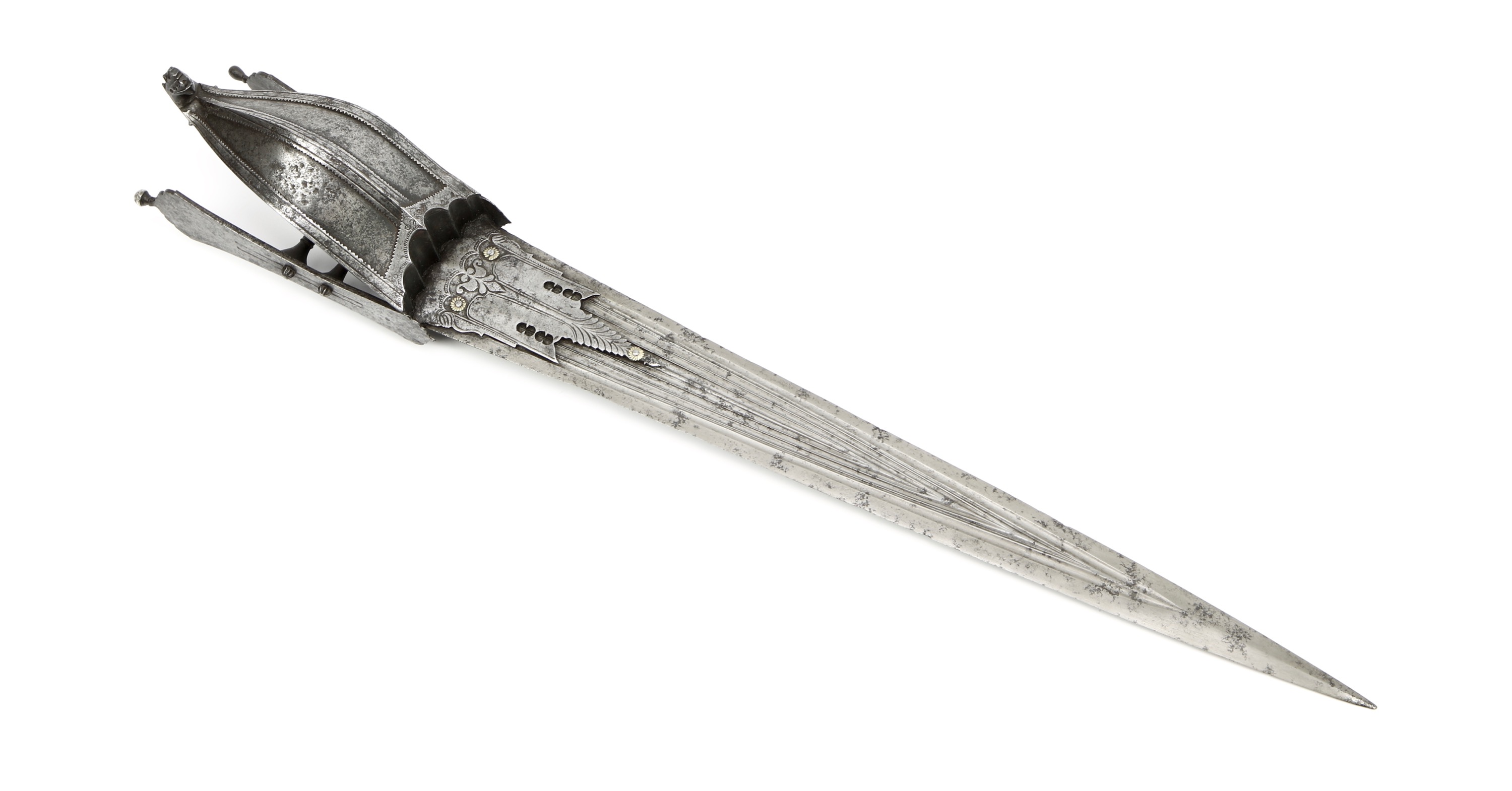 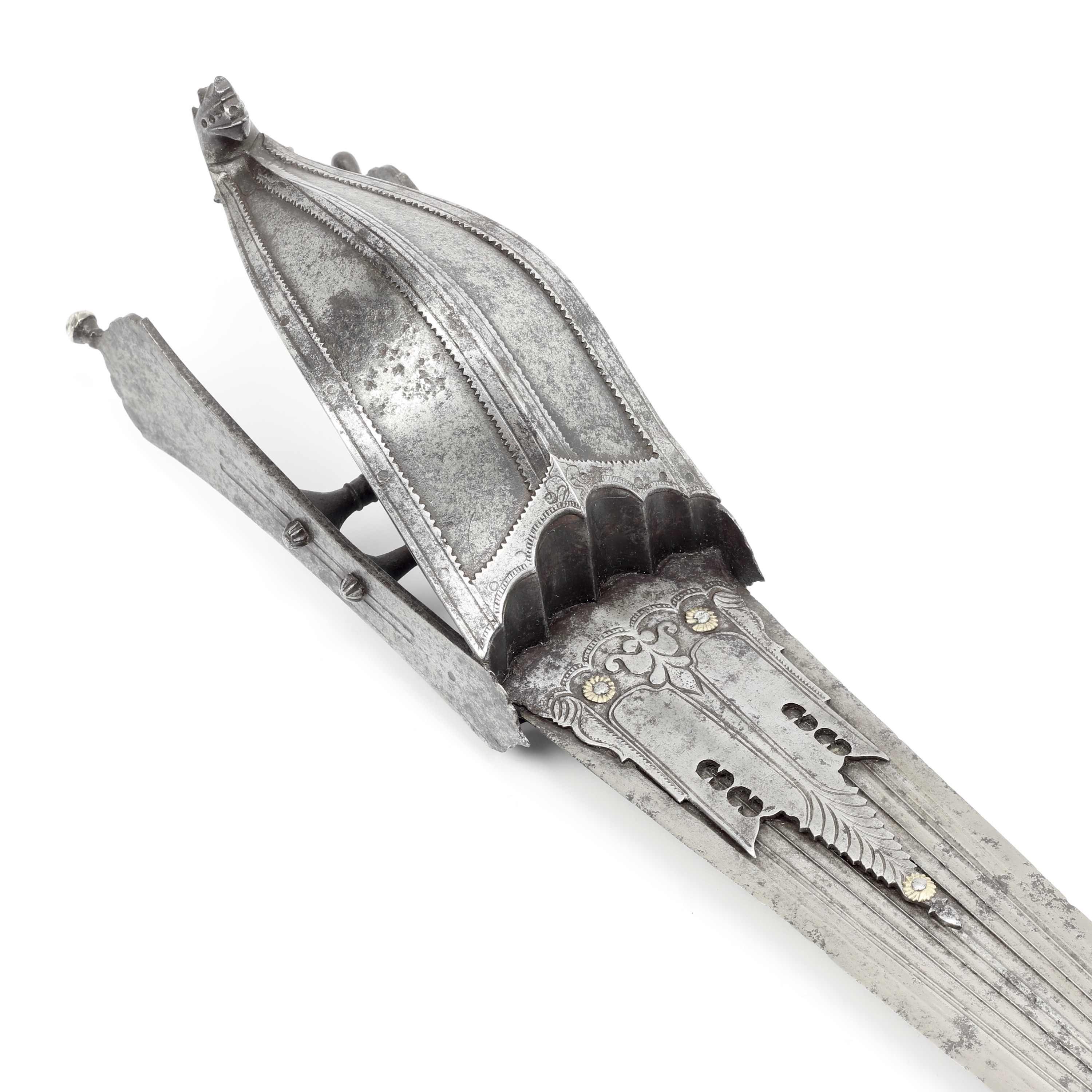 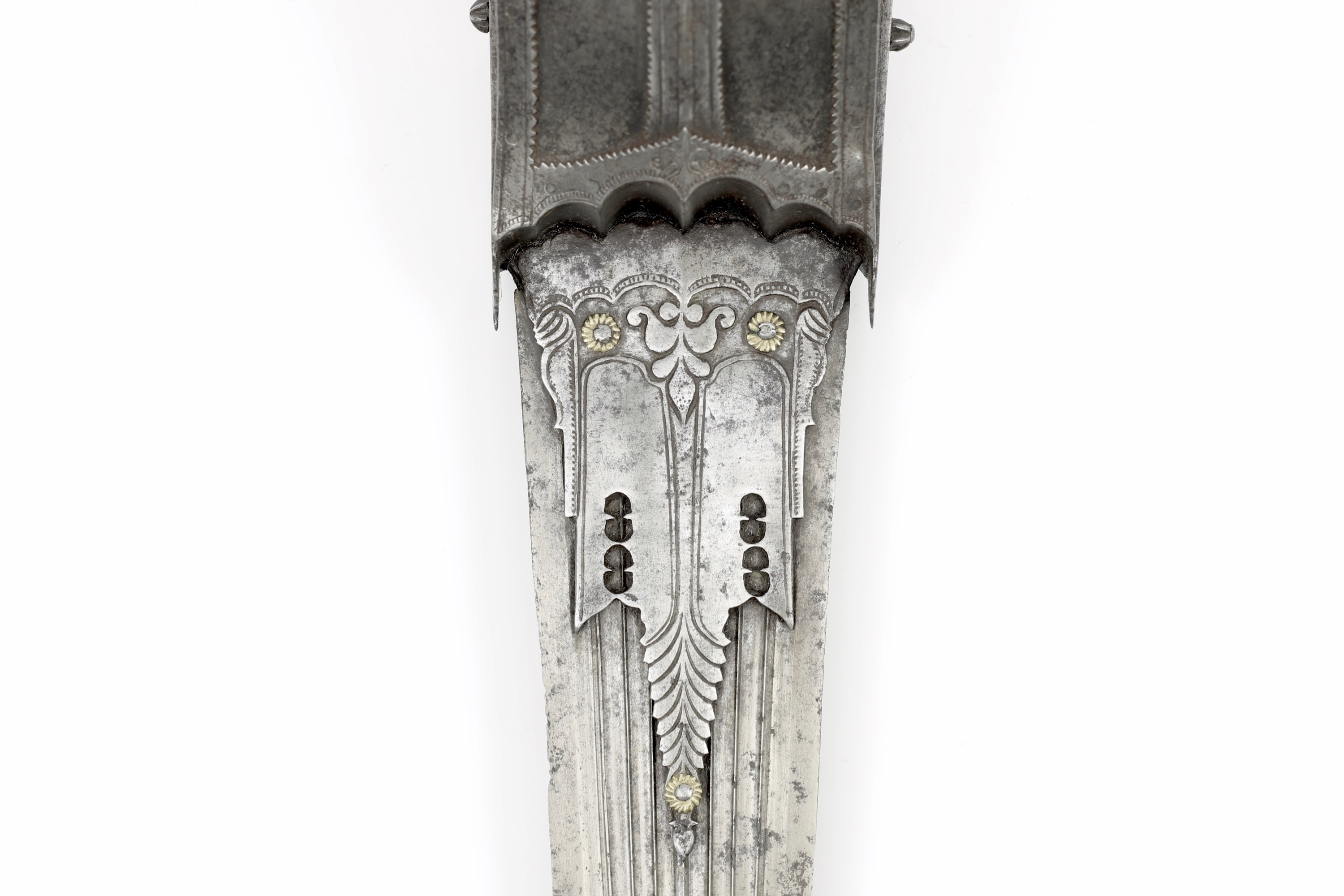