Philip Tom has been a great influence and inspiration to me when it comes to studying and preserving antique arms. In fact, if I hadn't started corresponding with him in 2004, I most likely would have not been doing what I am doing today. His insights on the antique arms of various cultures are still as valuable to me today as it was when I was still a beginner, and he continues to bring interesting new perspectives to the subject at hand. He helped me avoid many beginner mistakes, or at least helped me reduce those to a minimum in favor of steady progress. His many mantras still resonate in my head when I'm picking up a piece for investigation. 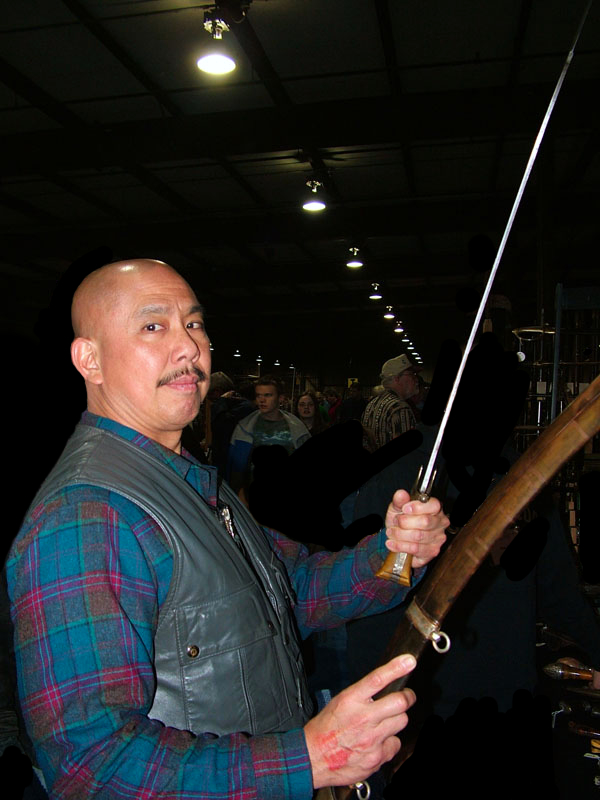 Philip brings many decades of experience in research and restoration, having been a collector and student of antique arms since his school days. Through extensive study and examination of fine examples in museums and private collections on three continents, under the guidance of several mentors, he has acquired an astounding amount knowledge of historical development, manufacturing technique, and aesthetic traditions. His scope is vast and ever-expanding, from traditional woodworking tools to Asian sword metallurgy to Brescian pierced metalwork.

Philip Tom is author of several articles on the subject, among which:

“SOME NOTABLE SABERS OF THE QING DYNASTY IN THE METROPOLITAN MUSEUM OF ARTS
Metropolitan Museum Journal, Vol. 36, 2001.
A pioneering article that has become a classic among Chinese sword enthusiasts.

MILITARY SABERS OF THE QING
An article on the design of Qing period military sabers. Published online, 2012.

As an arms and armor connoisseur, Philip addressed the Society of Ethnographic & Historical Edged Weapons Collectors of Israel, lecturing on Ming and Qing armes-blanches, in Tel Aviv in 2000. He acted as an advisor on Chinese armament to the National Maritime Museum in Haifa, Israel, for a special exhibition on piracy. He was a historical consultant for a documentary telecast "Oriental Firearms" (part of the Tales of the Gun series) distributed by the History Channel in 2000. Served as curator and conservator for "Sword & Brush: Art from China's Martial Tradition" in Washington DC in the fall of 1999.

Today he advises many collectors, researchers, and institutions and is working professionally as a restorer of antique arms and armor.

More about restoration by Philip Tom