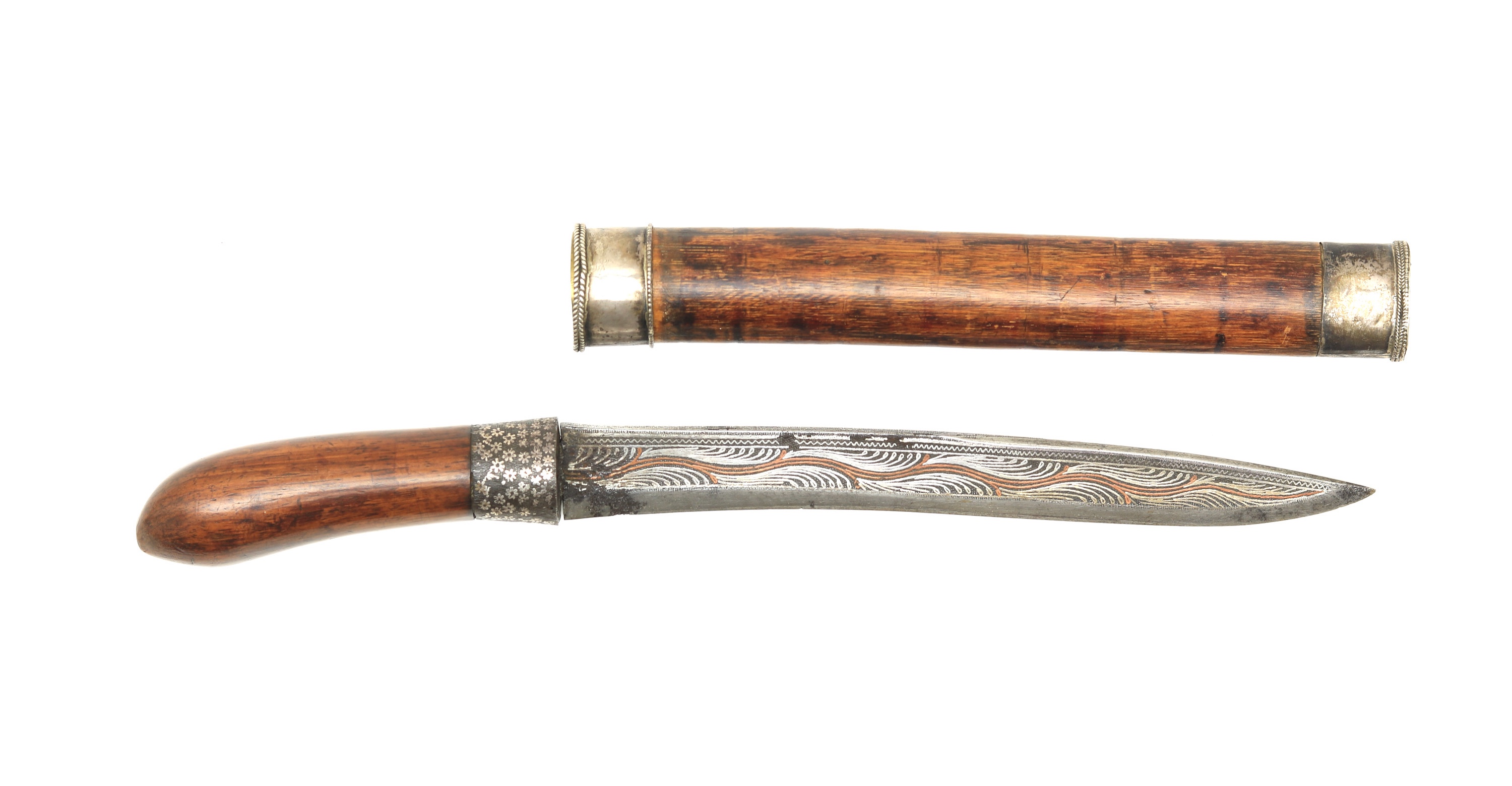 Da̱hmjaun (ဓားမြှောင်) is the name for a Burmese dagger. In old colonial writings and among collectors today it is often spelled dha hmyuang.1
It consists of the words: da (ဓားမြှောင်); Knife, chopper, sword and hmjaun (မြှောင်); 1. Be alongside; get alongside; stay alongside. 2. Depend on.2
They carried and used as utility knives and weapons.

A somewhat unusual example. It the typical Burmese blade style with a long back bevel and slightly recurved blade. The blade is decorated on both sides with meandering lines in copper with sprays of silver branching out left and right. Above it, just under the spine is a silver zig-zag line which is repeated on the back of the blade.

The hilt is made of a piece of dark hardwood, polished smooth. It has an iron ferrule which is entirely crosshatched and blackened, with many tiny silver flowers in overlay.

The scabbard is made of two halves of very thick bamboo, mounted on either side with a silver sheet fitting with braided silver wire decoration. The mouthpiece seems slightly later than the endpiece, possibly a later working life replacement, done in the same style.

The style is typical for knives and swords that are attributable to the Bamar people of Burma, the country's dominant ethnic group. The use of iron for the ferrule and the style and nature of the blade's decoration make me think it probably dates from the mid 19th century.