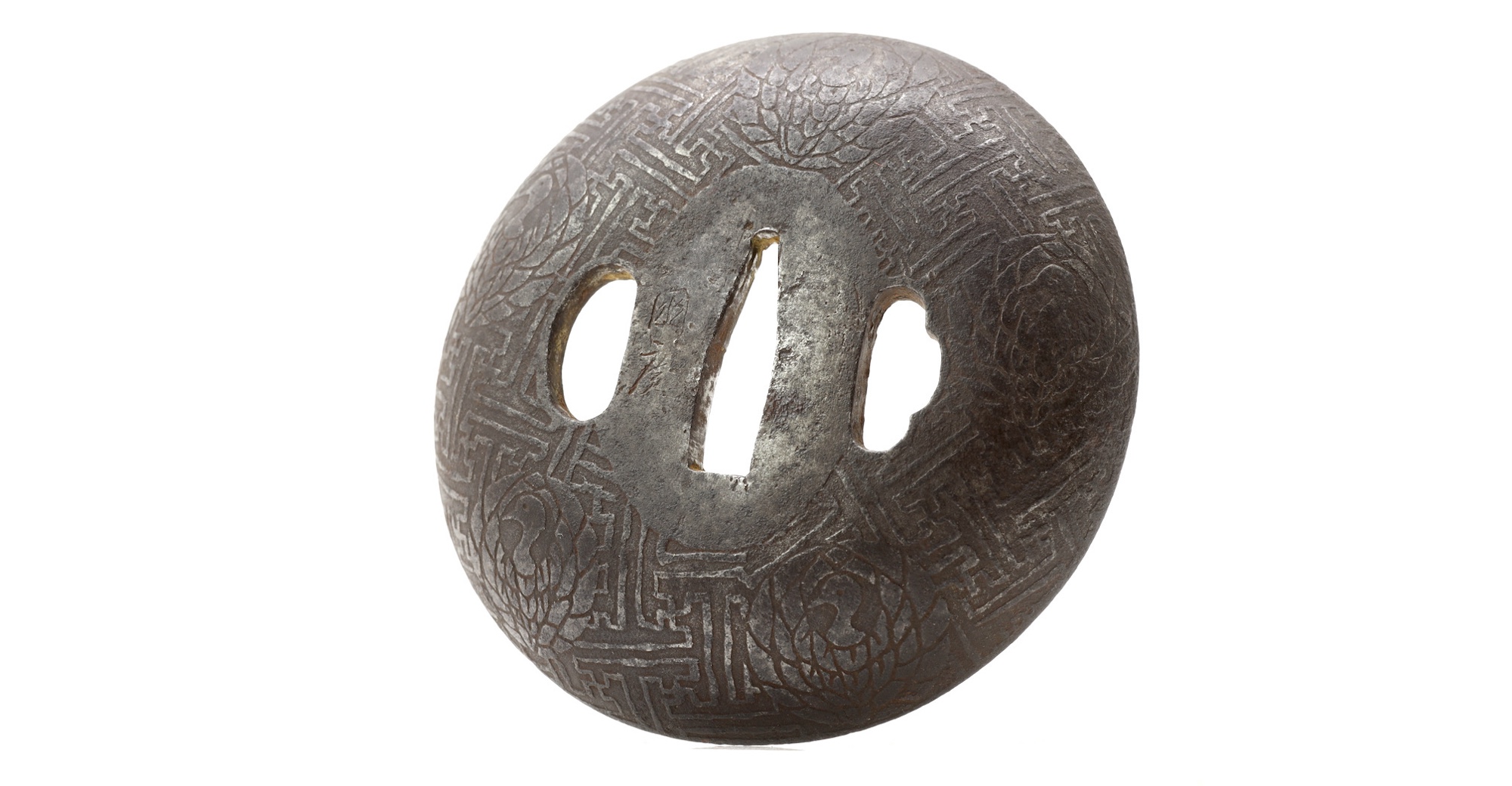 The style is often thought to be inspired by European cup guards, but these wan-gata usually have their decor and signature on the outside of the dome, meaning the hollow part is on the side of the blade. This seems more inspired by Chinese cup guards on pèidāo.

The style was made primarily by armorers, probably mostly in the 17th and 18th centuries. There is an interesting on the Asian Export sword guards and Nanban tsuba Facebook page, signed

(Katsusada of Hizen made this; age 72)

Katsusada was born in 1653, dating this piece to 1725. Miyata Katsusada was trained in Saga as an armor-maker and later became a samurai retainer to the Nabeshima daimyo.

Large and heavy, made of a thick plate of iron. It appears round from the facing side, and is slightly domed with a flattened top seen from the side.

The outside is entirely covered with interlocking swastika patterns in low relief, probably done by etching, and five tsuru-no-maru (鶴の丸) mon or family crests. This is the mon of the Mori clan, Daimyous of Mimasaka Province for much of the Edo period.

The inside at first seems unadorned but close inspection shows some decorative elements as well but it is hard to make out what they represent.

The tsuba is signed:

A fair number of artists that signed Kunihiro were active, their style and quality of work varies considerably.

We know that many of these wan-gata tsuba were made by armorers, and Hawley's index mentions one Kunihiro that was active around 1600 who studied with Myōchin Kunihaga, a famous armorer. The Myōchin also used etching as a technique. 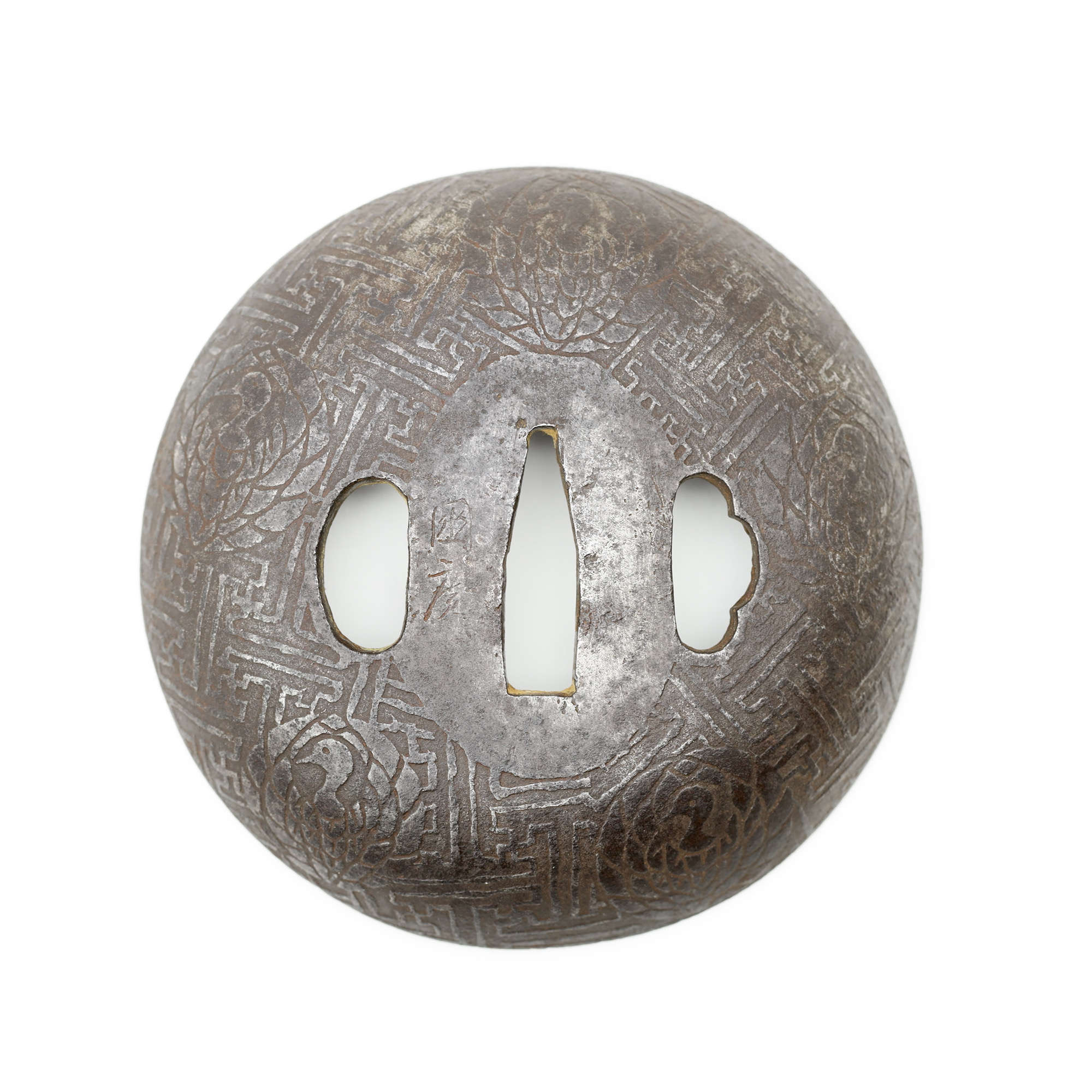 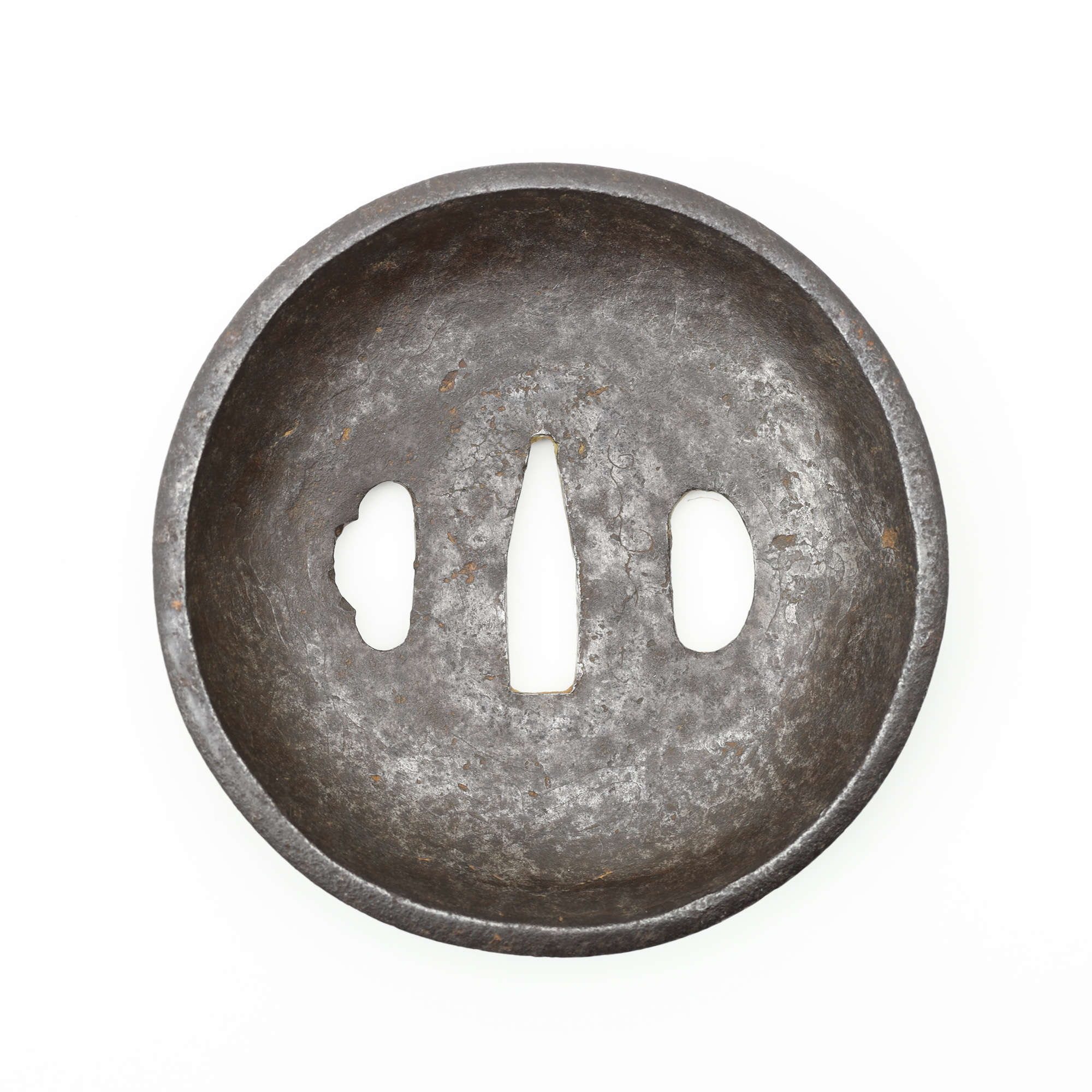 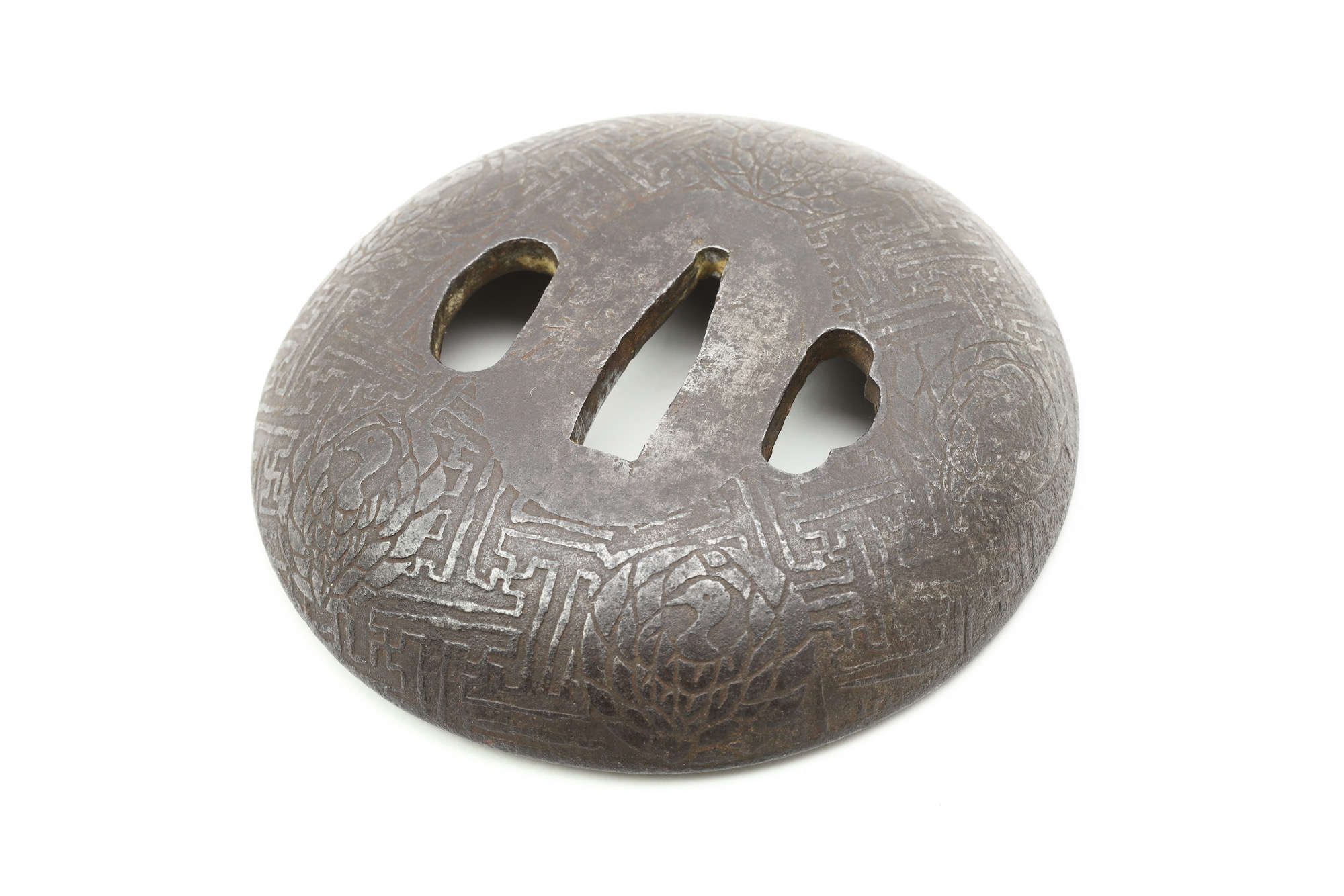 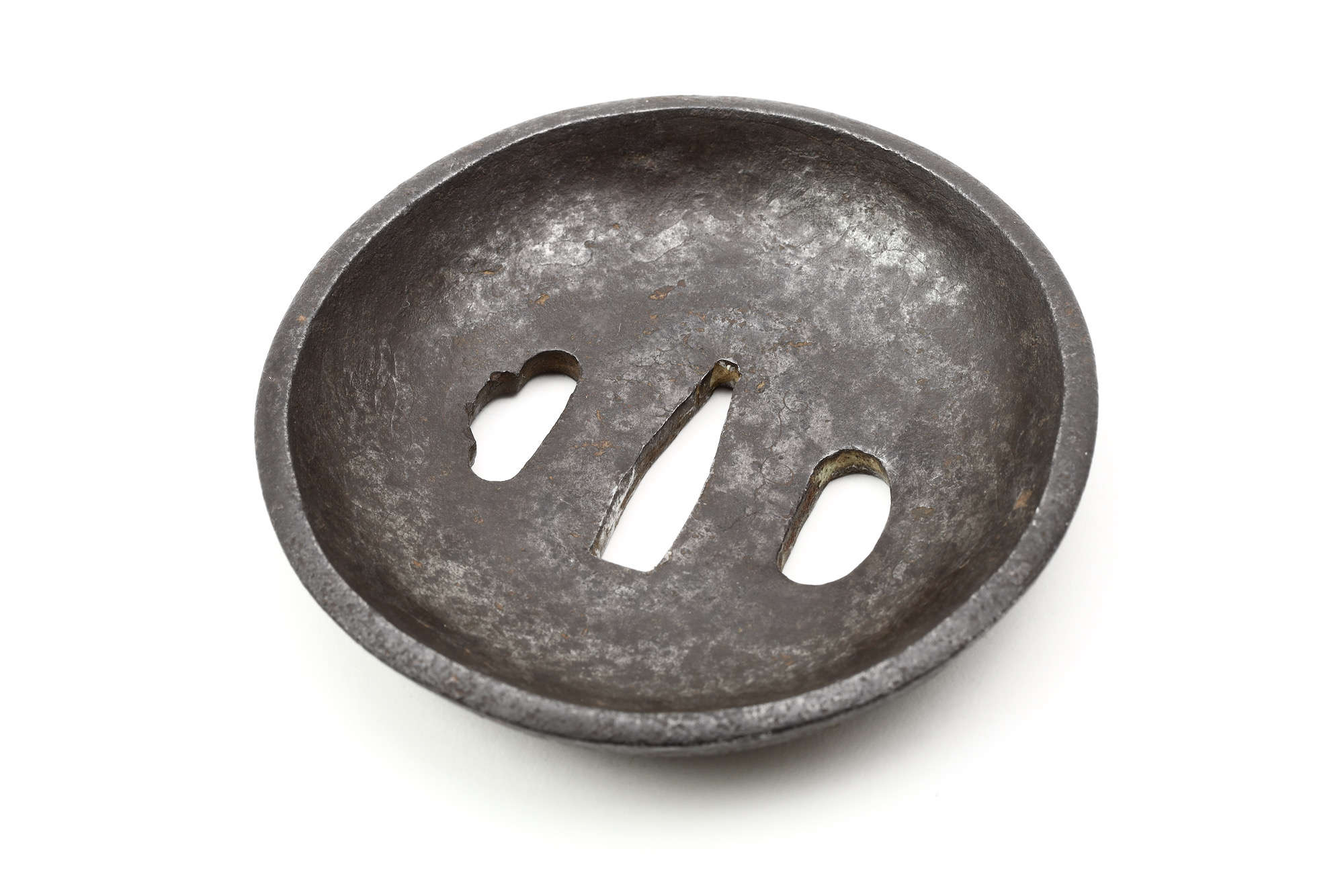 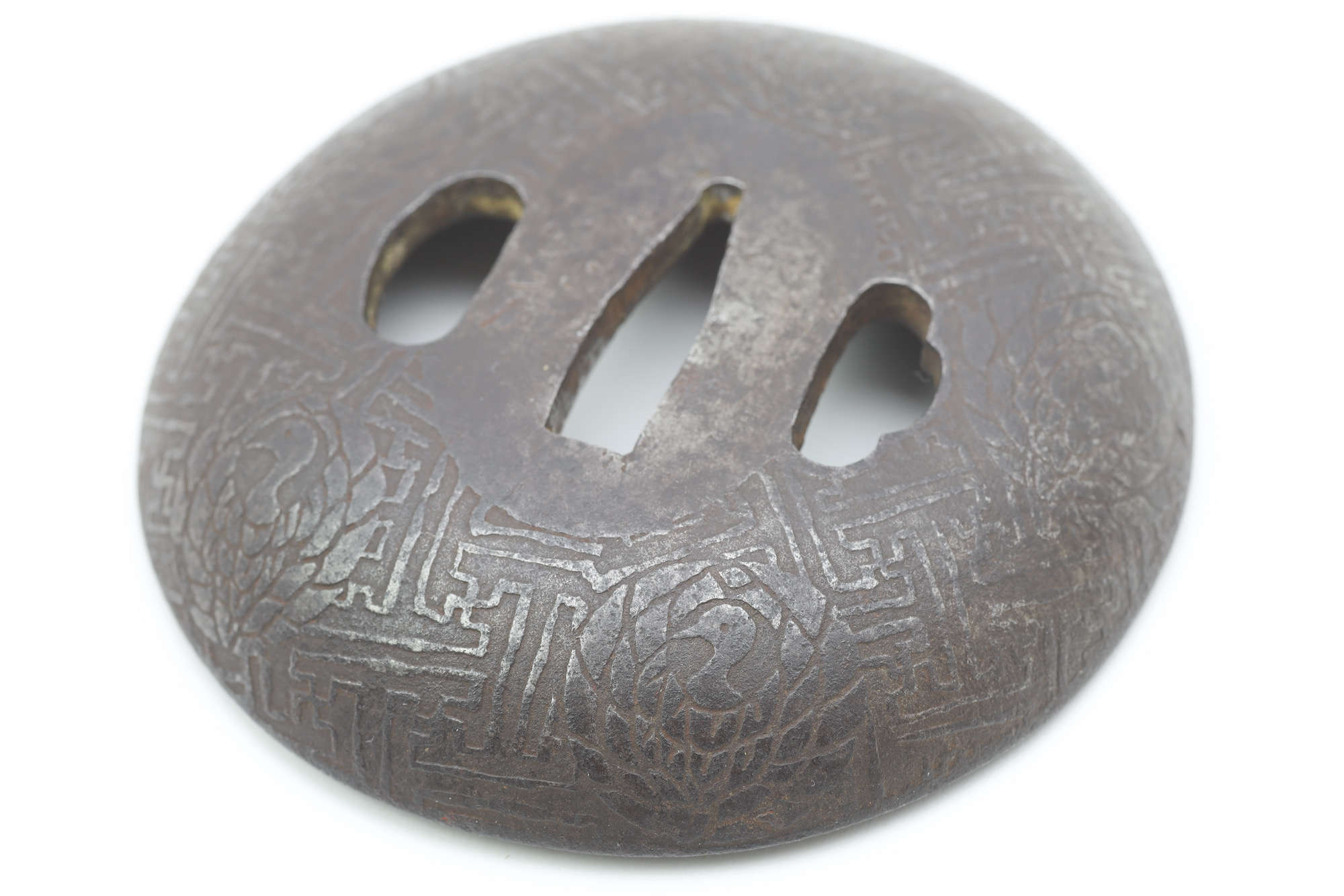 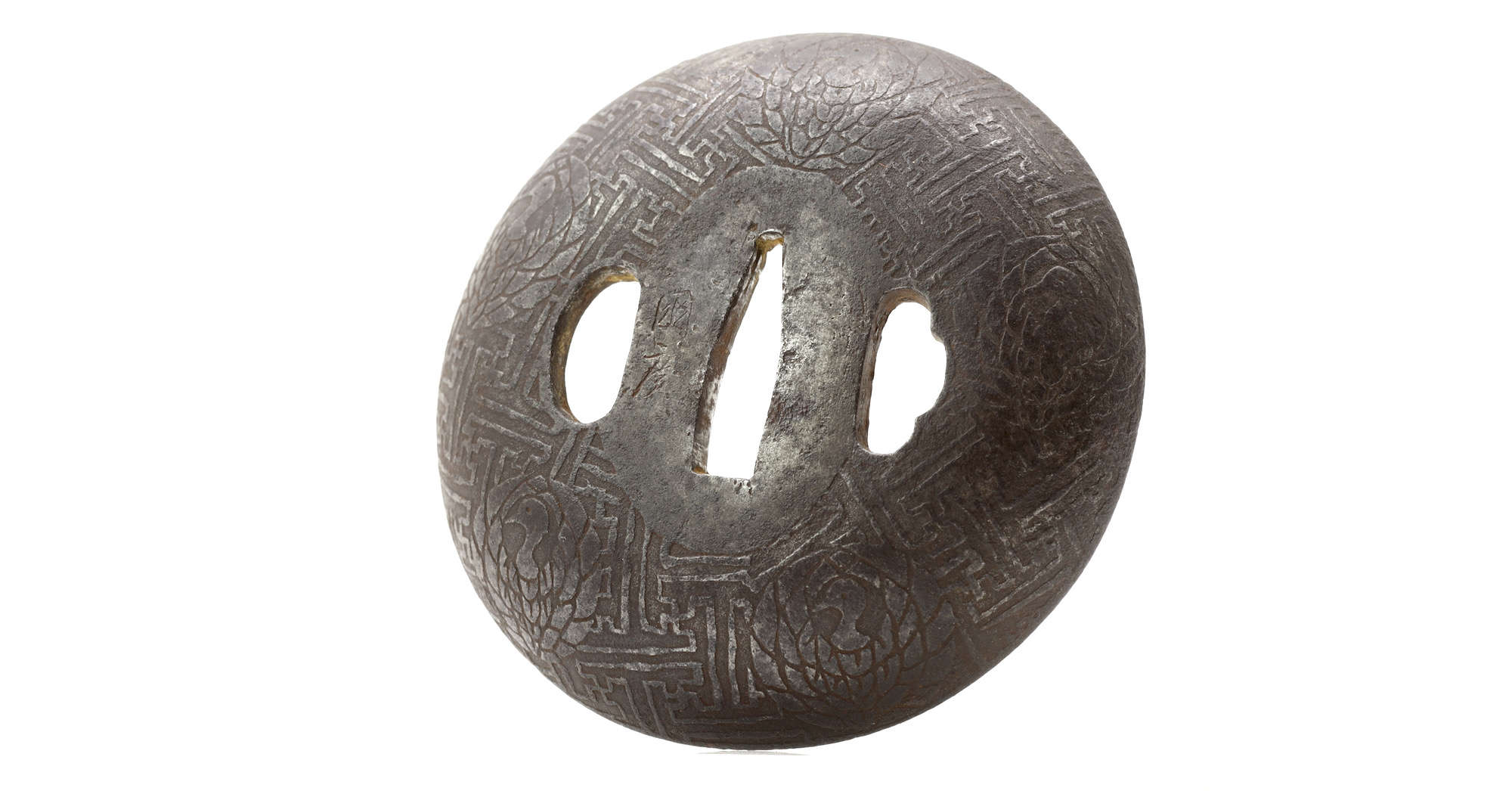