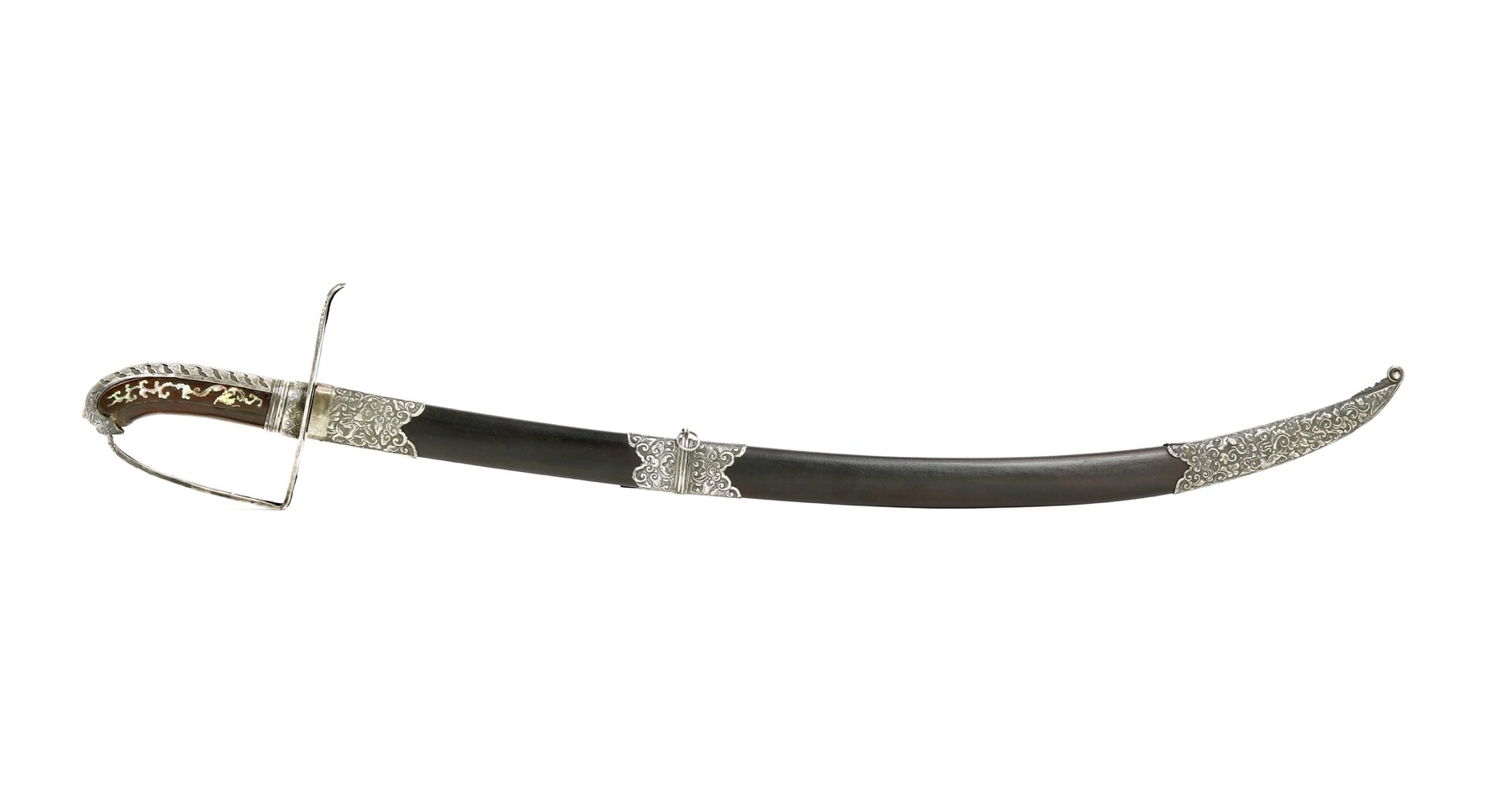 A Vietnamese saber or gươm (鎌) from the Nguyễn dynasty.

It has a somewhat Chinese styled blade of wedged cross-section, with a main groove and a narrow groove that wraps around it. The engravings, on the other hand, are a purely Vietnamese touch. The blade is not very substantial, but thick and stiff enough for use and with a -still sharp- hardened cutting edge. Some minor irregularities in the edge suggest it has been used.

The hilt, of typical form for the period, consists of a large flat copper guard with a sharp bend forming a knuckle guard. Guard is framed with silver and inlaid with silver wire in floral motifs. The hardwood downward curving grip is inlaid with mother of pearl on either side, in the shape of a highly stylized archaic dragon.

The back is plated with a pierced silver plate that runs up towards the pommel to form a stylized lion's head, the piercing on the plate being its manes. The ferrule, of silver plate, swells towards the guard in typical Vietnamese fashion. It is engraved with floral designs.

Being quite elaborate, the piece was probably made for a higher rank, like an officer. The rank and file's fighting sabers were often quite plain, see for example a signed Vietnamese fighting saber I sold time time ago. 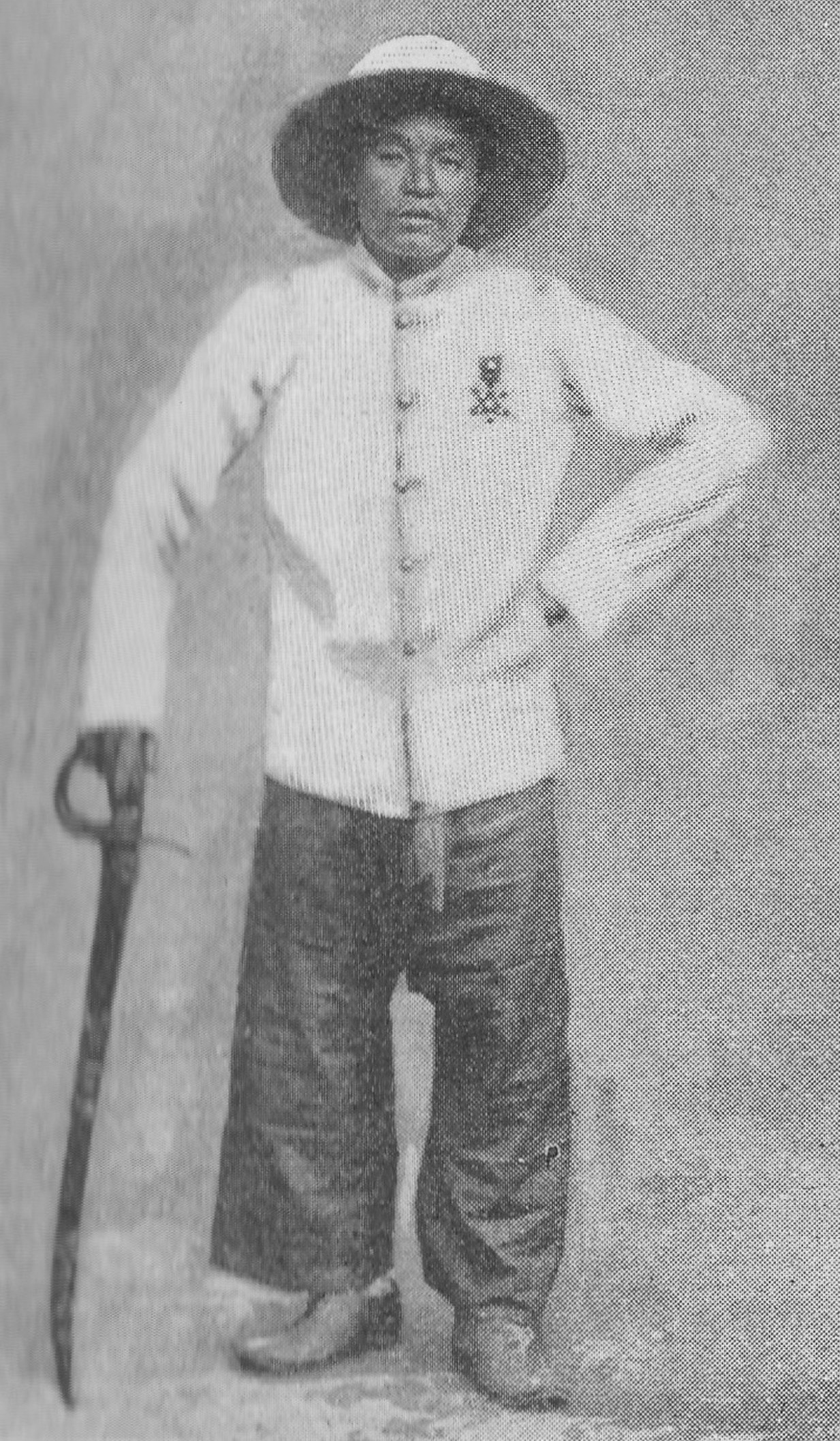 Hoàng Hoa Thám is seen with a somewhat similarly looking saber that is also probably not a ceremonial saber. He was Vietnamese leader of an anti-French rebellion that held out for three decades until he was killed by a French spy.

The saber we have has a different guard, but most likely dates from around the same period.

Overall a nice example of a Vietnamese gươm of the late 19th century. Most that date from this period are purely ornamental, it is nice to see one with a live blade. 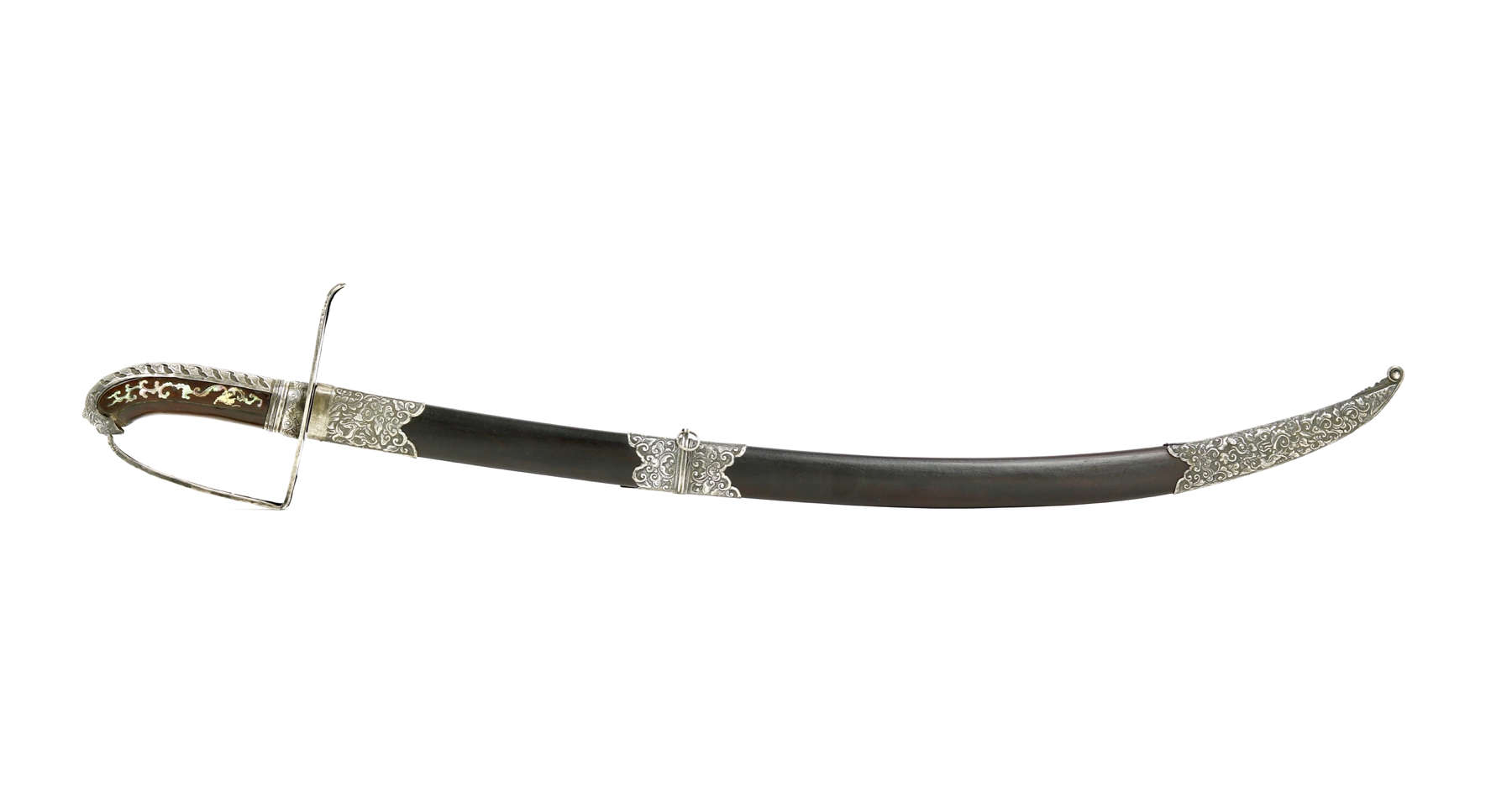 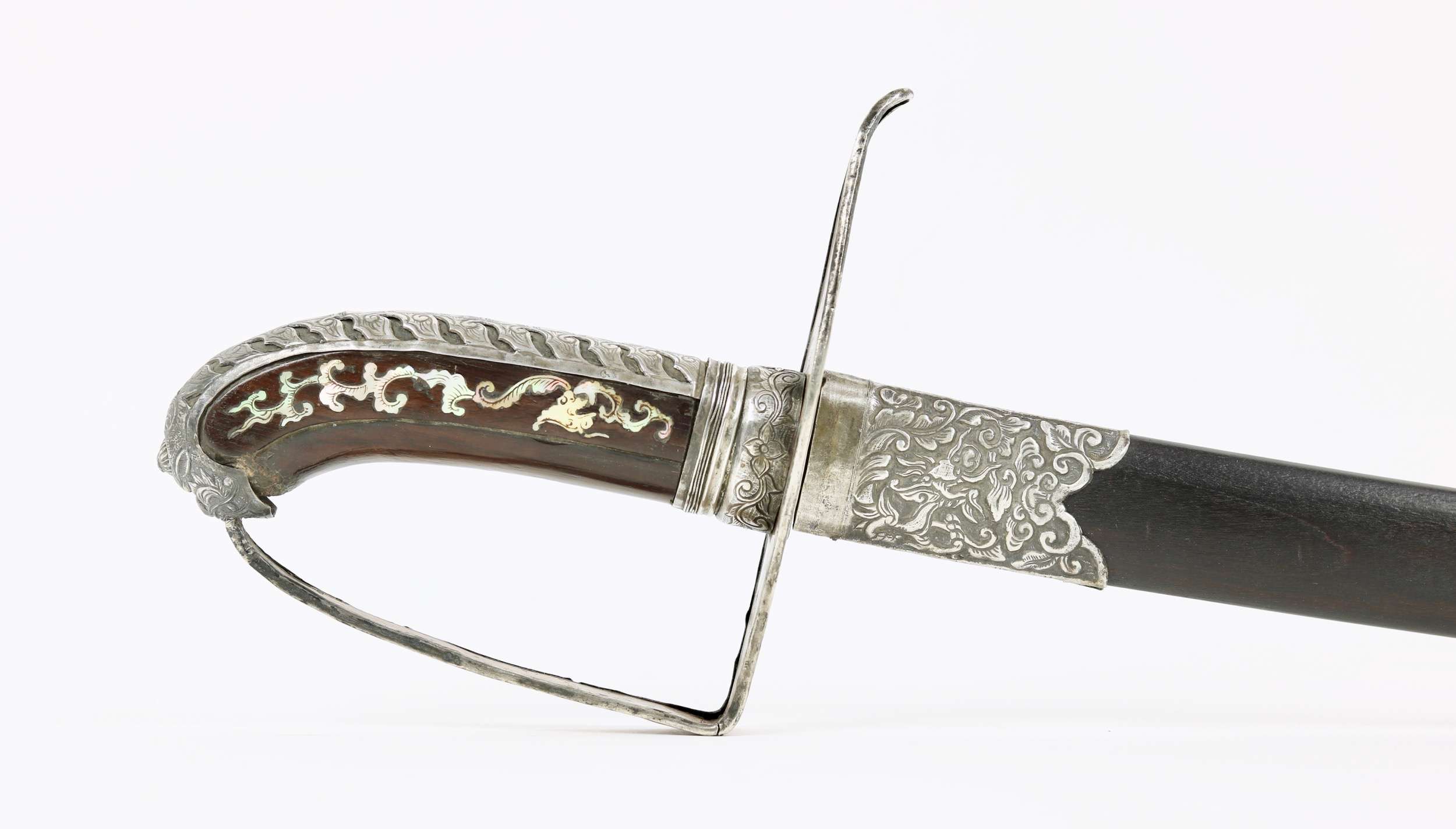 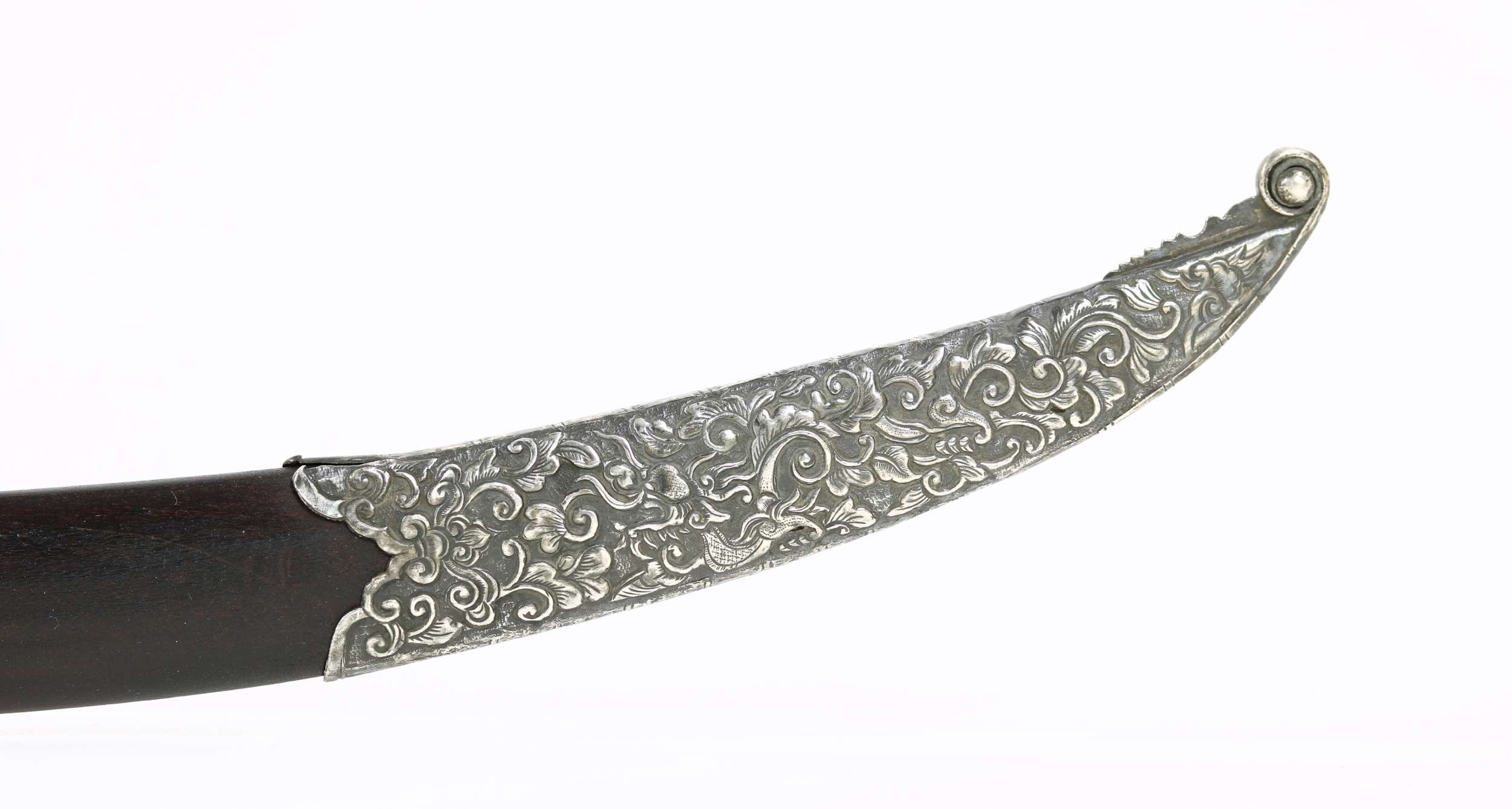 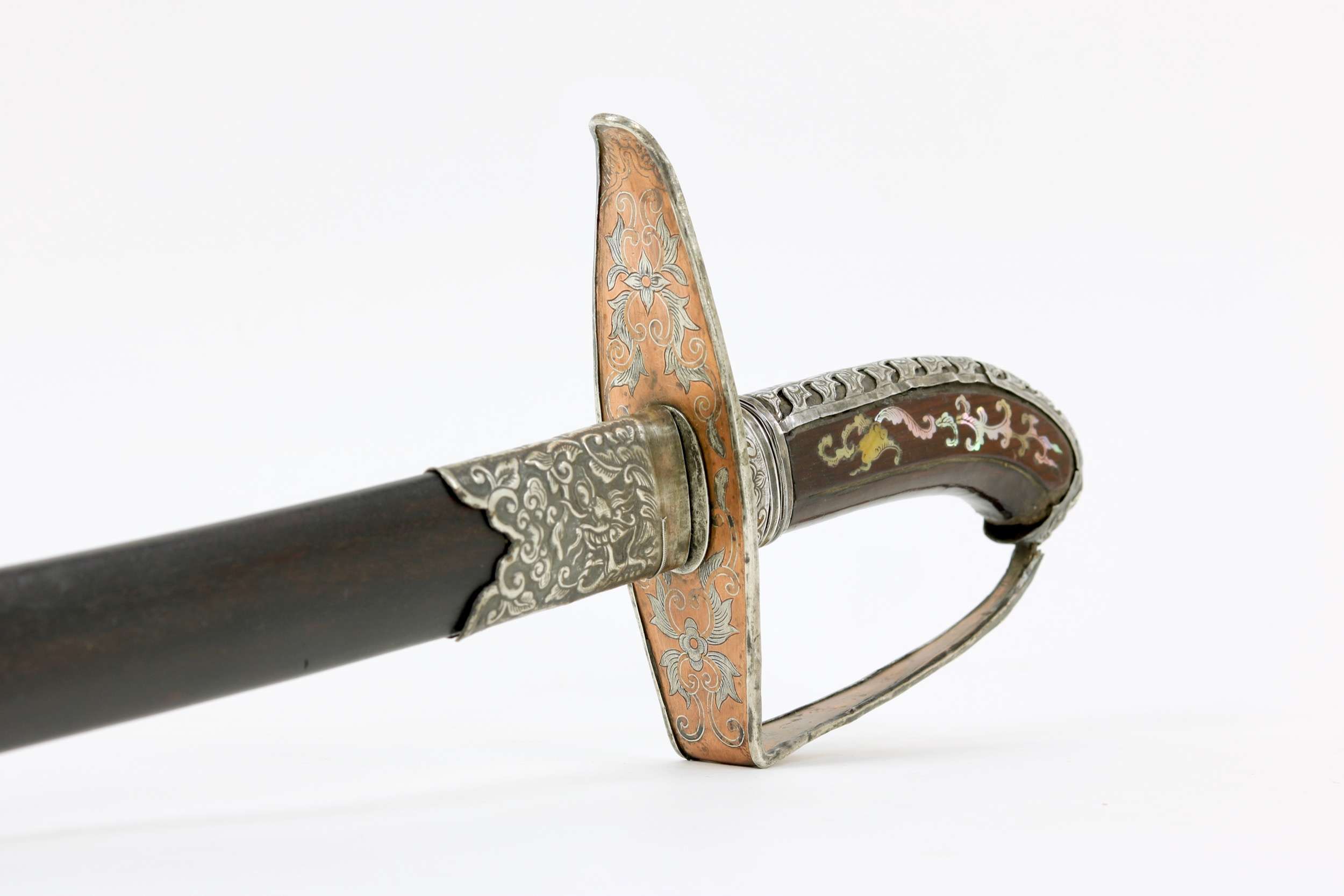 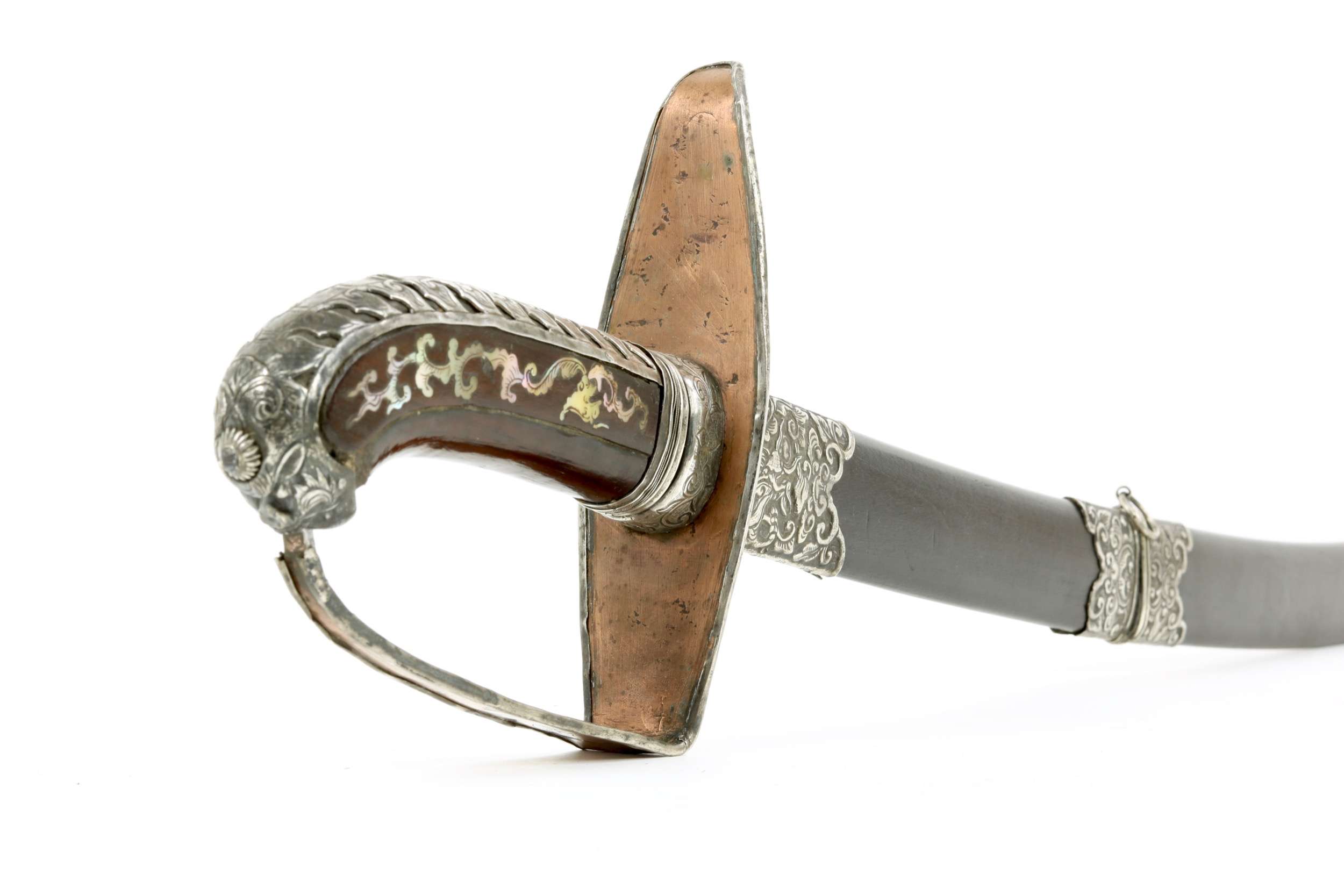 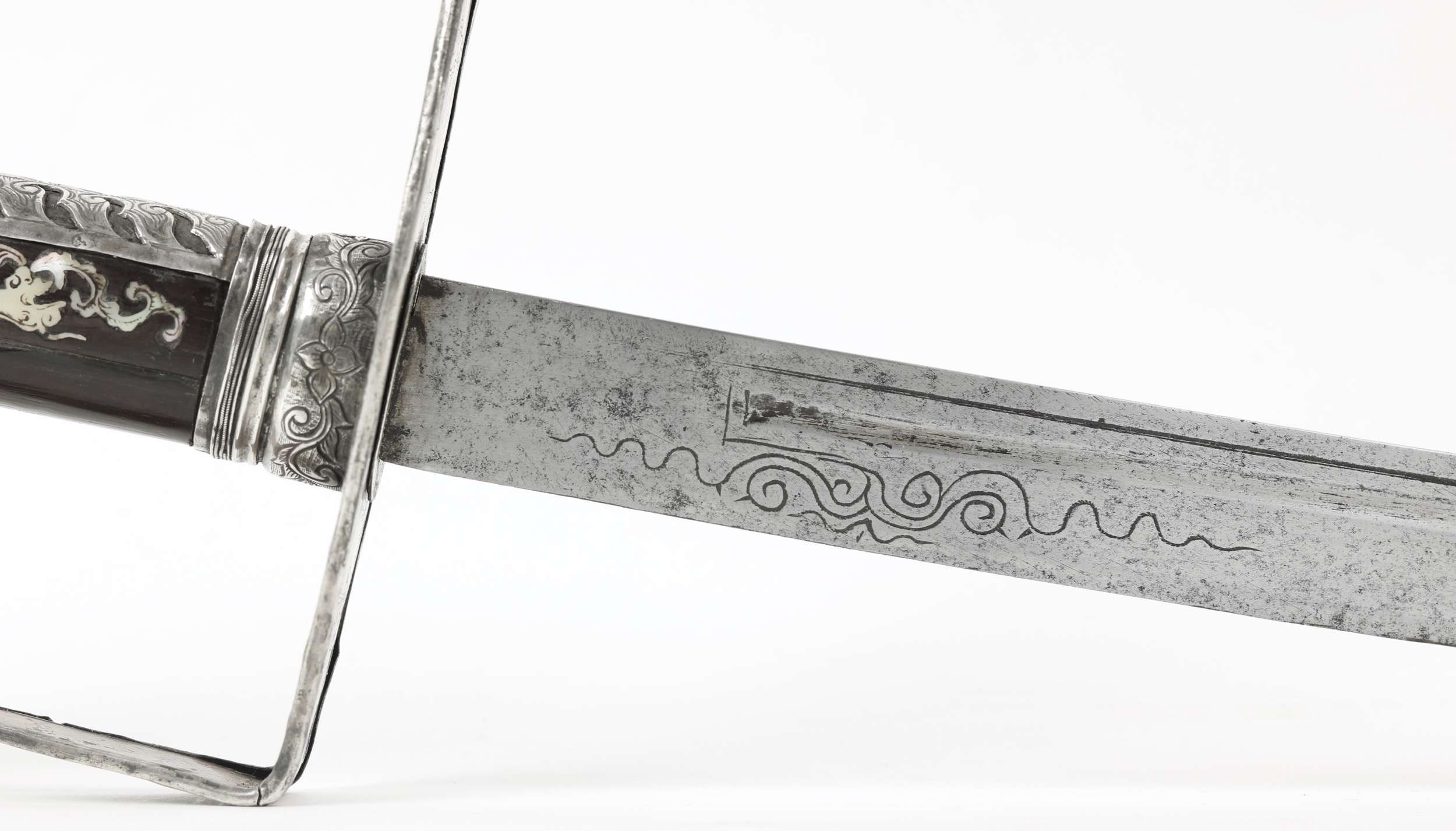 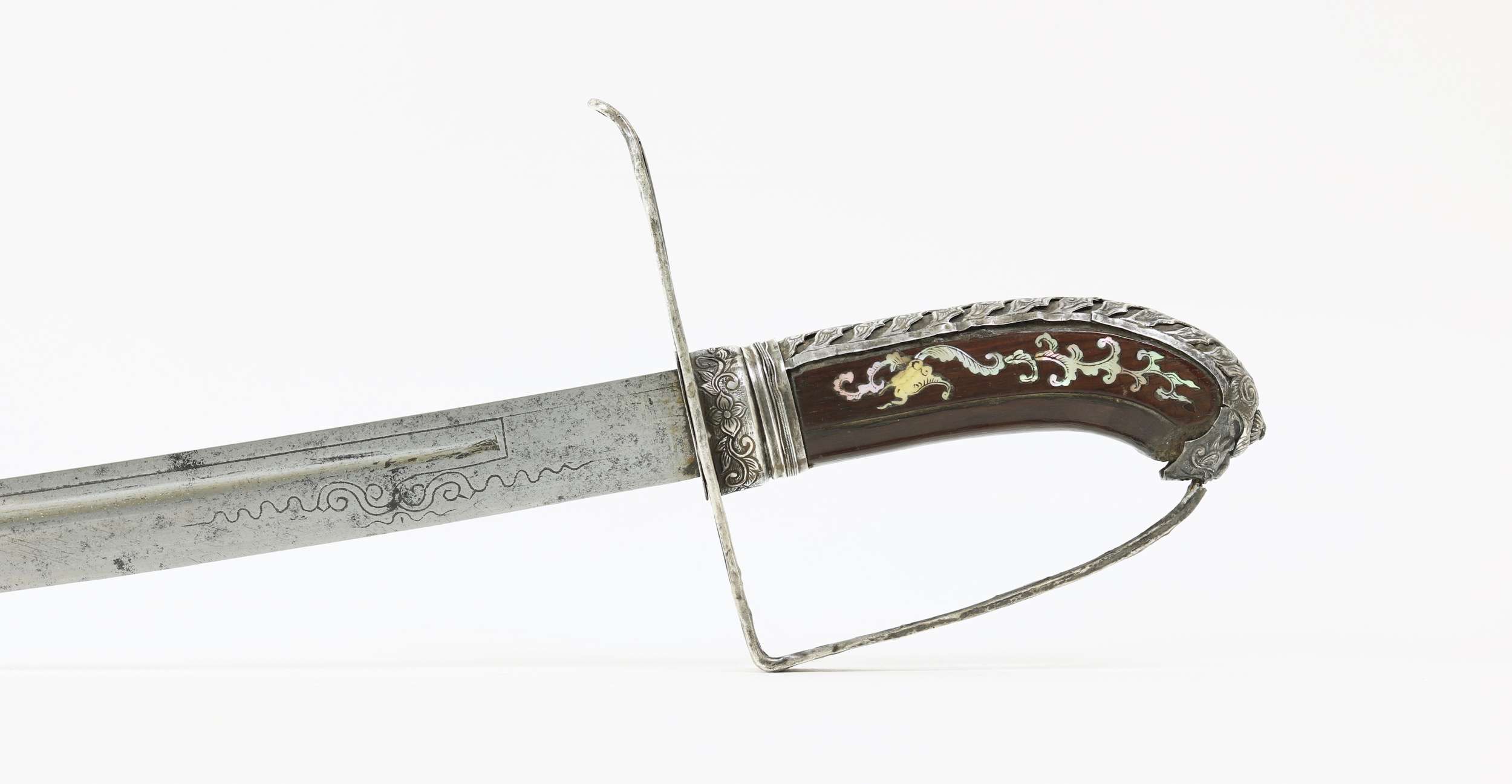