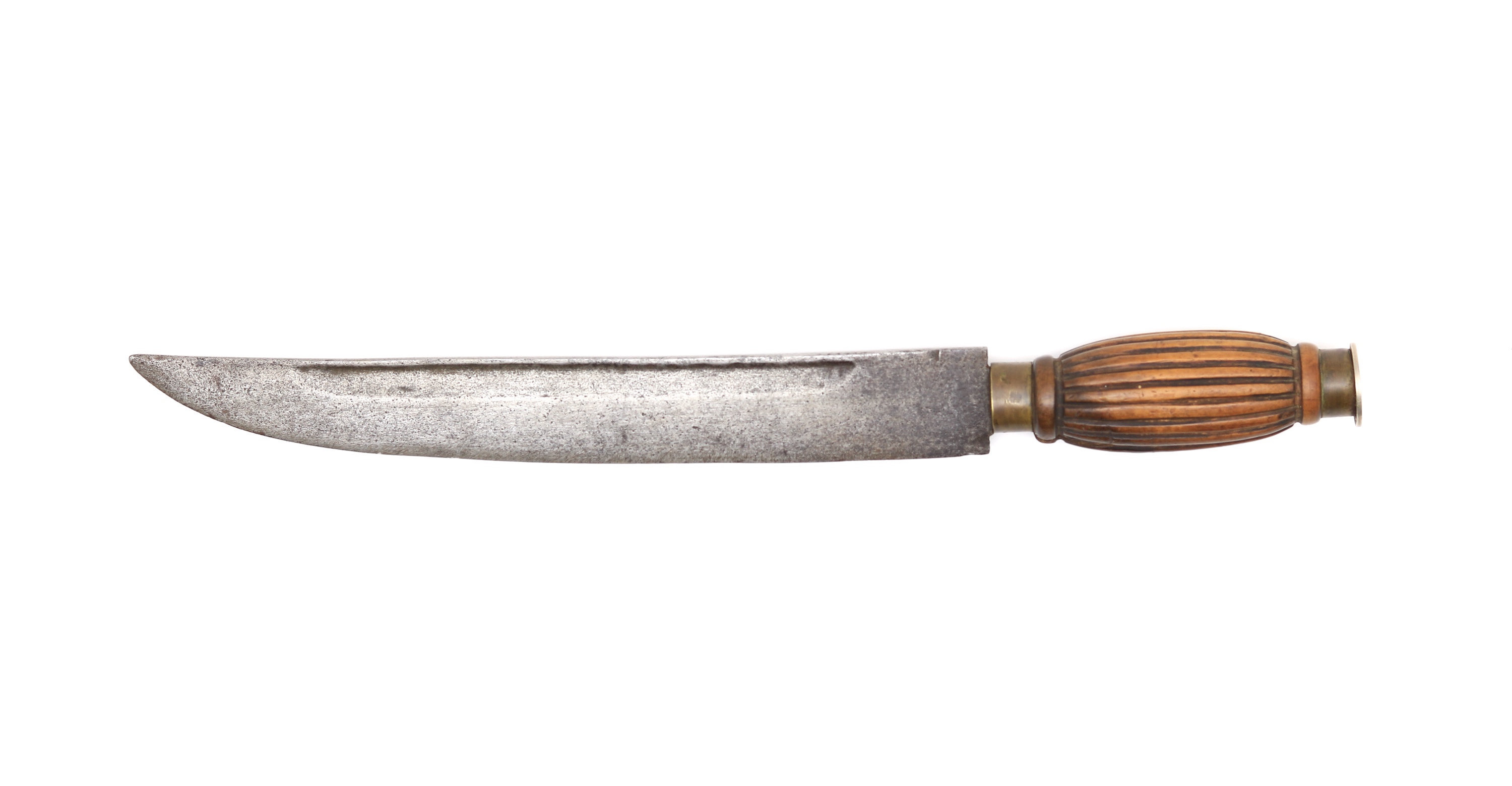 A simple early to mid 20th-century Vietnamese fighting knife. It has a short blade much in the shape of their larger gươm (鎌) sabers, with a banked fuller that creates a t-section in the spine.

Interestingly, there are a number of dents on the left side of the back of the blade, perhaps because it saw use in parrying as a left-hand dagger, held edge up.

It comes with a simple wooden bulbous grip, cut out of a single piece and ribbed for added grip. It has a brass ferrule on either side. Such hilts are also common in much of southern China. Unusual for China, but encountered more often from Vietnam, is the guardless construction.

At the pommel is a French 25 centimes coin from the Third Republic period, date 1929. This puts the production date, or at least the last peening of the dagger, to after 1929.

Notes
1. The coin is fairly rare and in itself sells for up to €175,-. See one for sale at ma-shops.com. Also see numista.com.