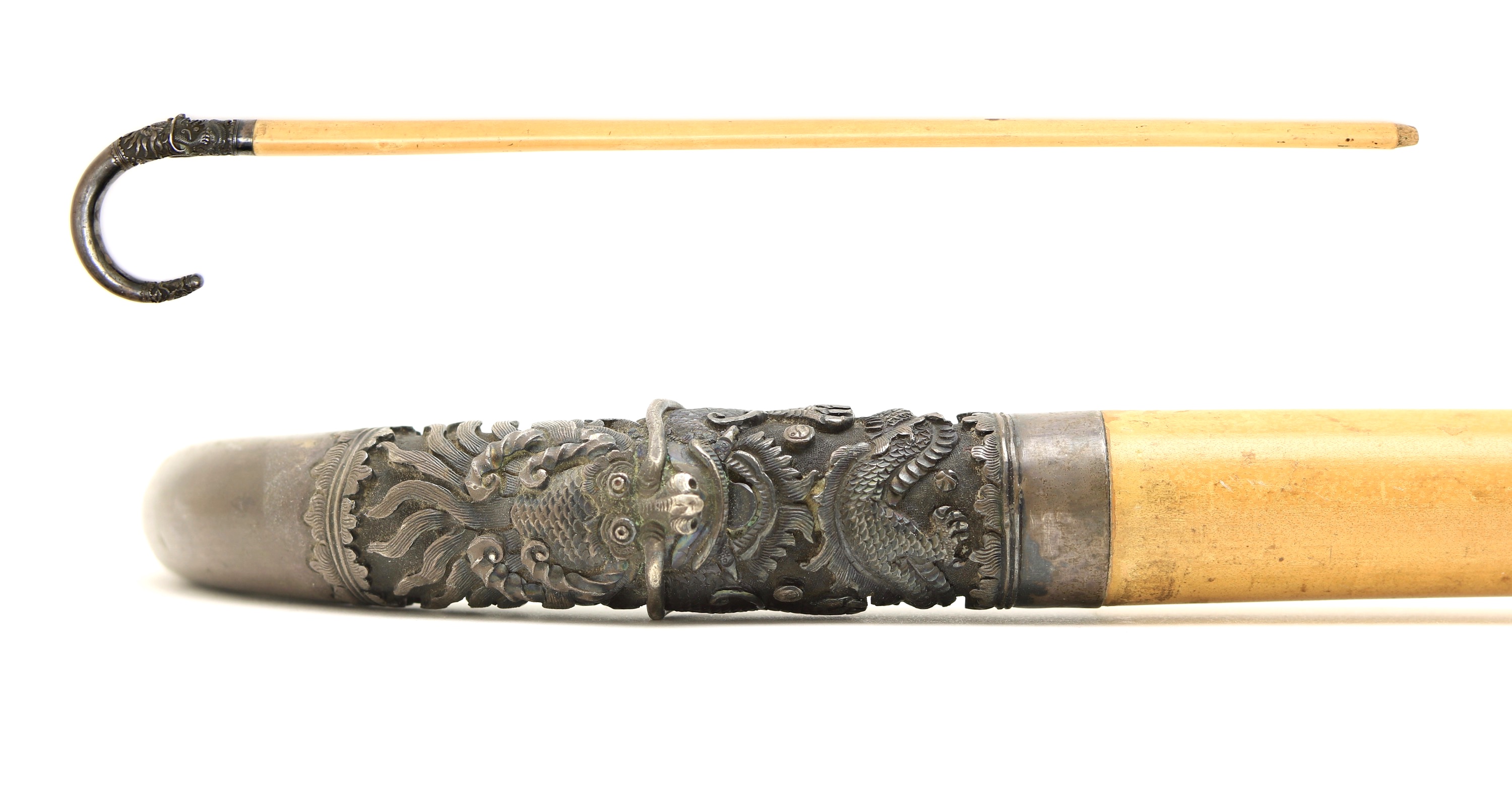 A nice example of a European style crook handled walking cane, made entirely in Asia.

The most striking part is of course the curved handle. Made of silver, it is worked in repousse in high relief. The front shows a dragon head facing forward with piercing eyes. It has spread manes, and long whiskers that are partially undercut. Its body coils around the back, and then bends back to pass under the dragon's face, forming a tail on the backside. Just under the head of the dragon are two subtle taiji symbols.

The handle is mounted on a Malacca cane (Calamus scipionum) made of a type of rattan which was a prized material for walking canes because of its lightness, strength, and flexibility. The word cane actually derives off the fact that this was a very popular material for walking canes in the colonial period. The cane is not round in cross-section, but has a distinctive ridge on the inside, a prized feature on the better Malaccan canes.

The end is tapered to take a horn or metal finial, now lost.

The cane may or not have been imported from elsewhere, but the style and execution of the silverwork is typical for Vietnamese work done in the 19th century. Dragon and squirrel are often seen on these, and there are many paralels to be seen with similar work on Vietnamese ceremonial swords and sabers.

The silverwork on this cane compares well with some of the better work on Vietnamese swords.

A nice walking cane made with the prized Malaccan cane, topped with a silver crook handle made by a skilled Vietnamese silversmith. 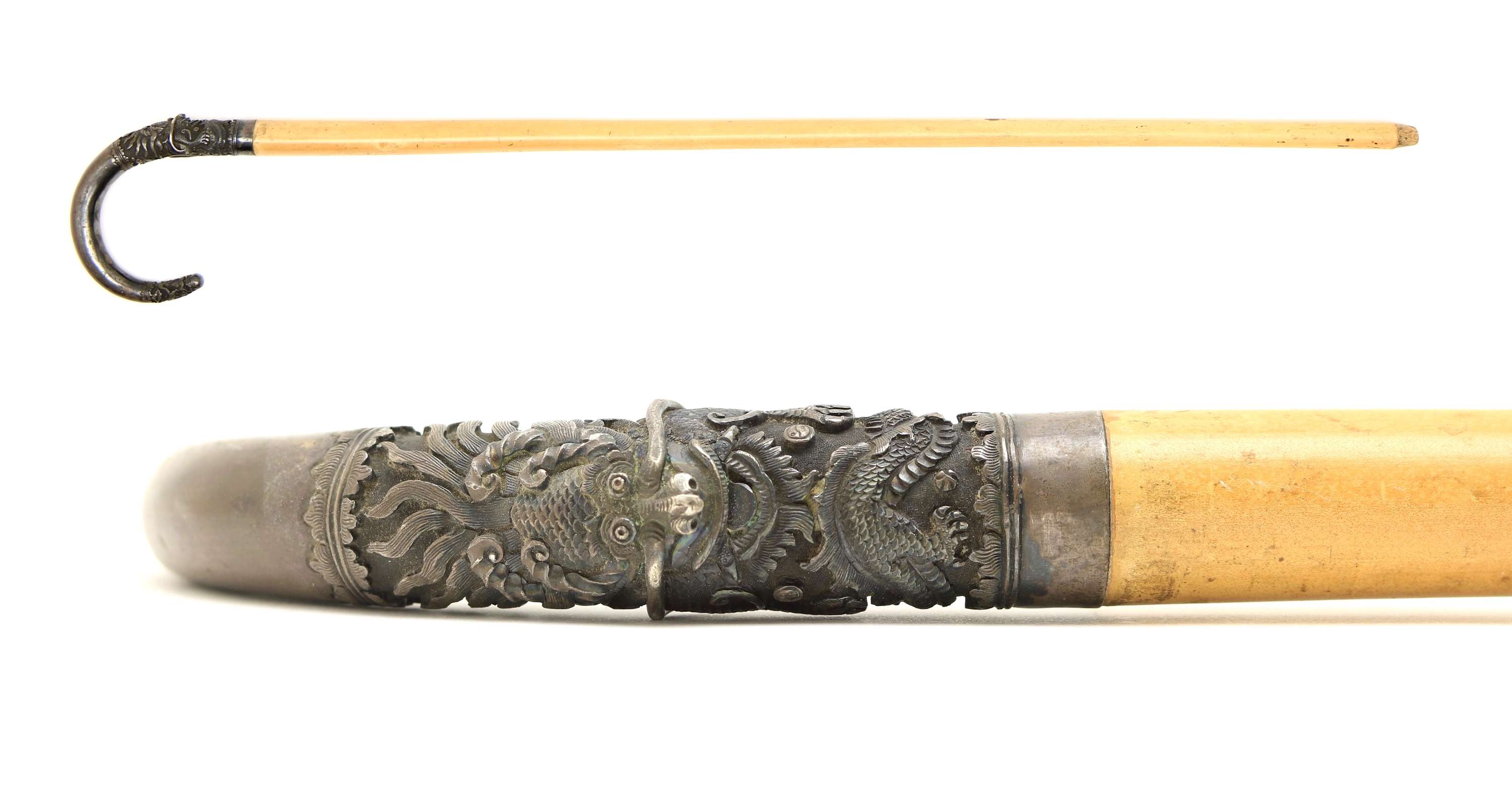 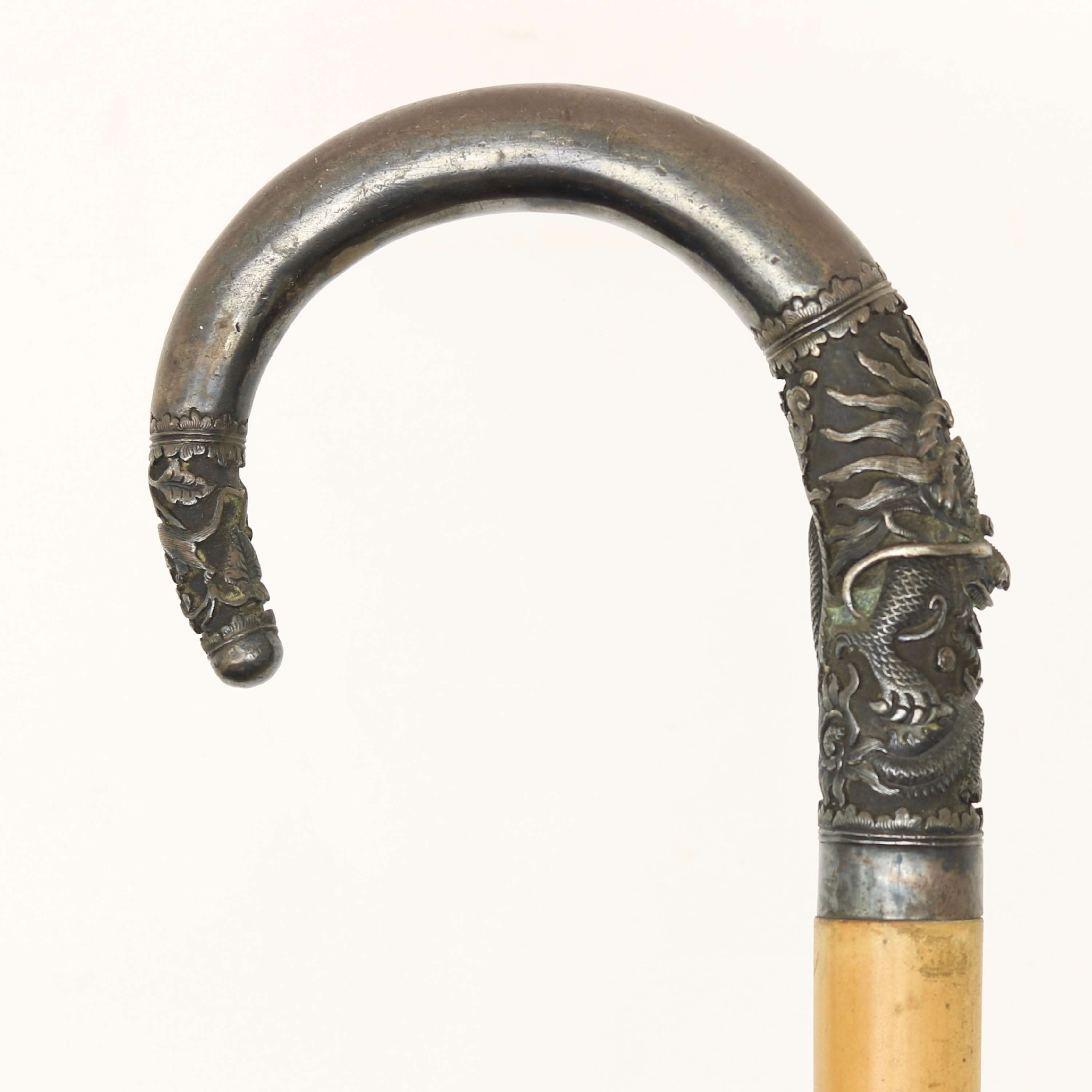 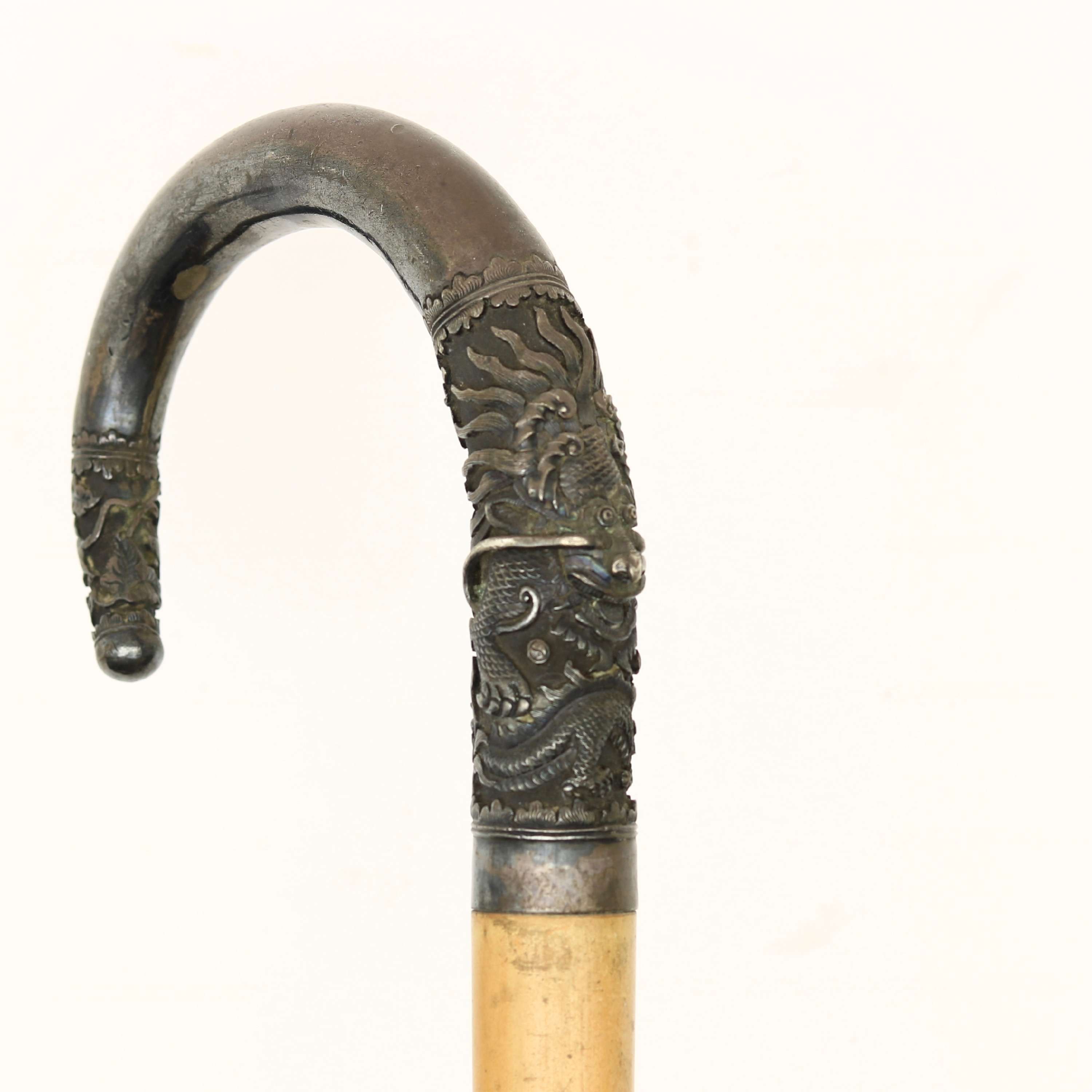 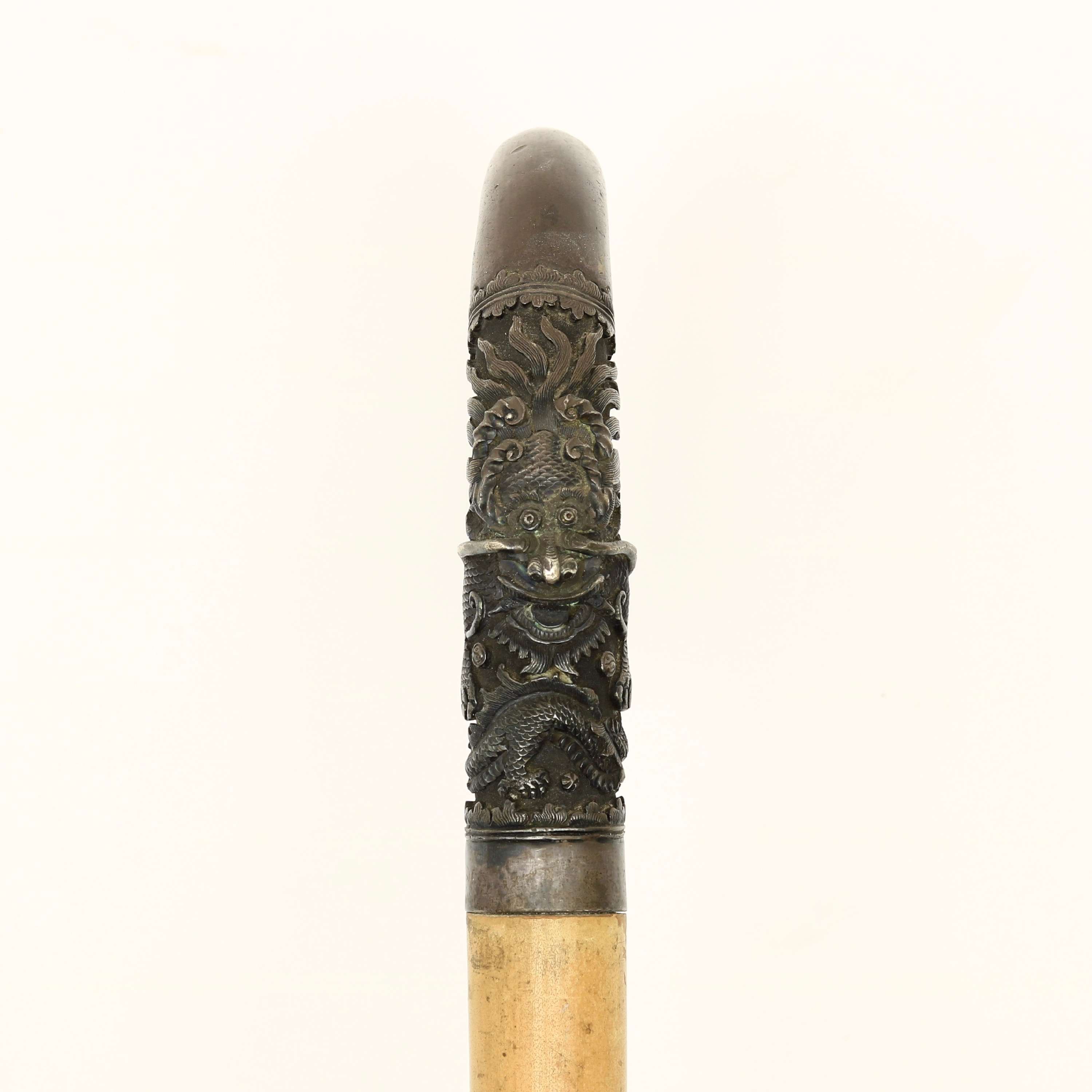 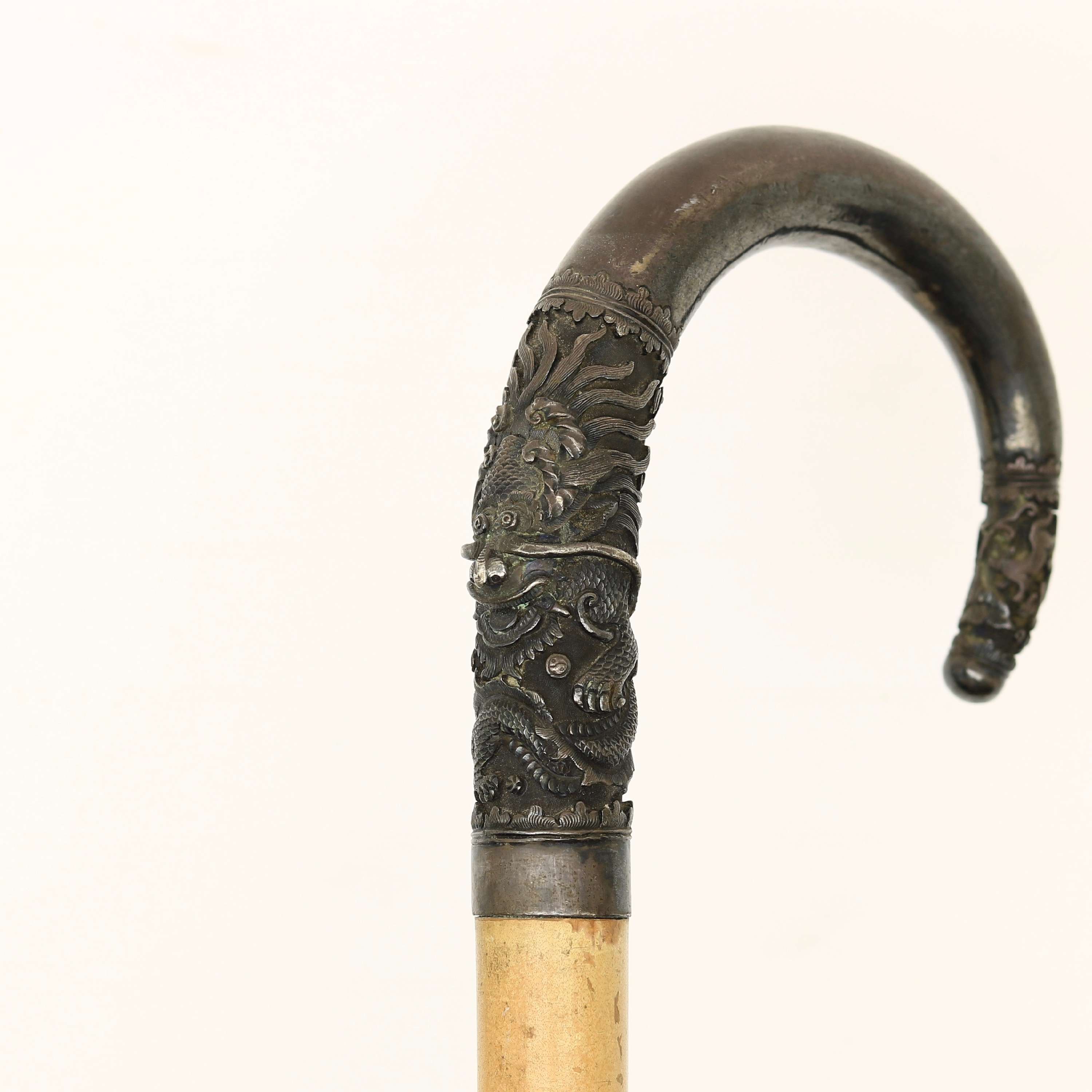 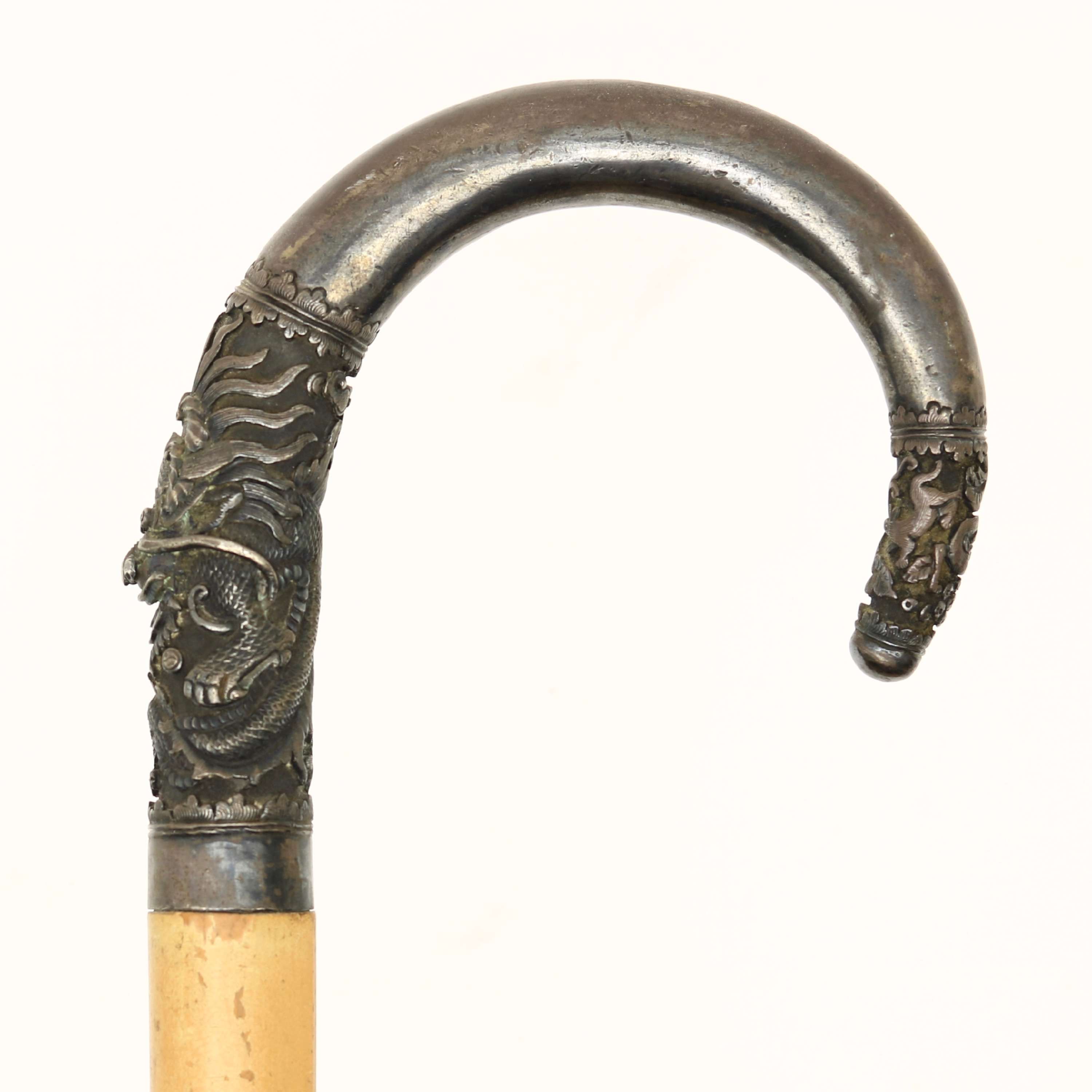 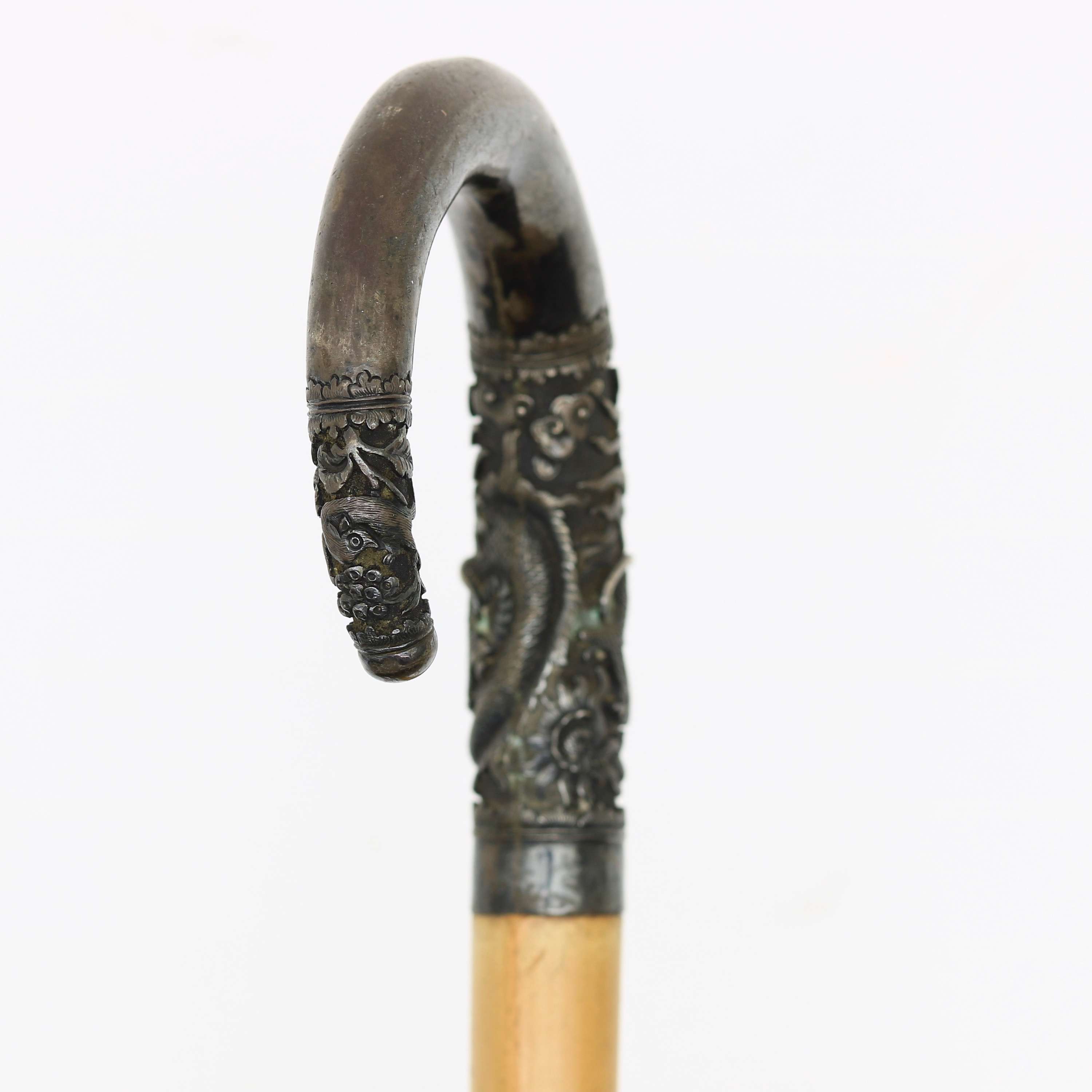 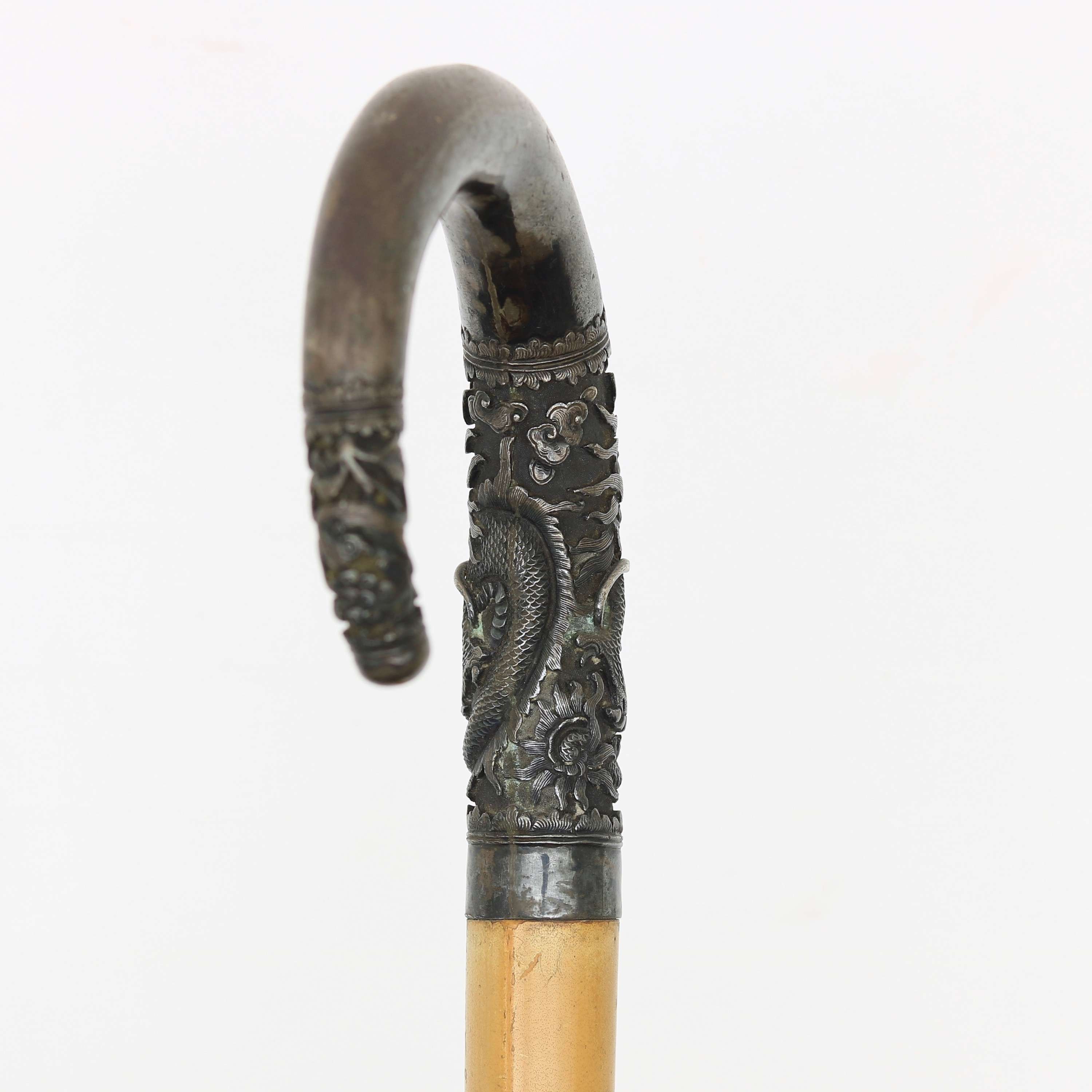 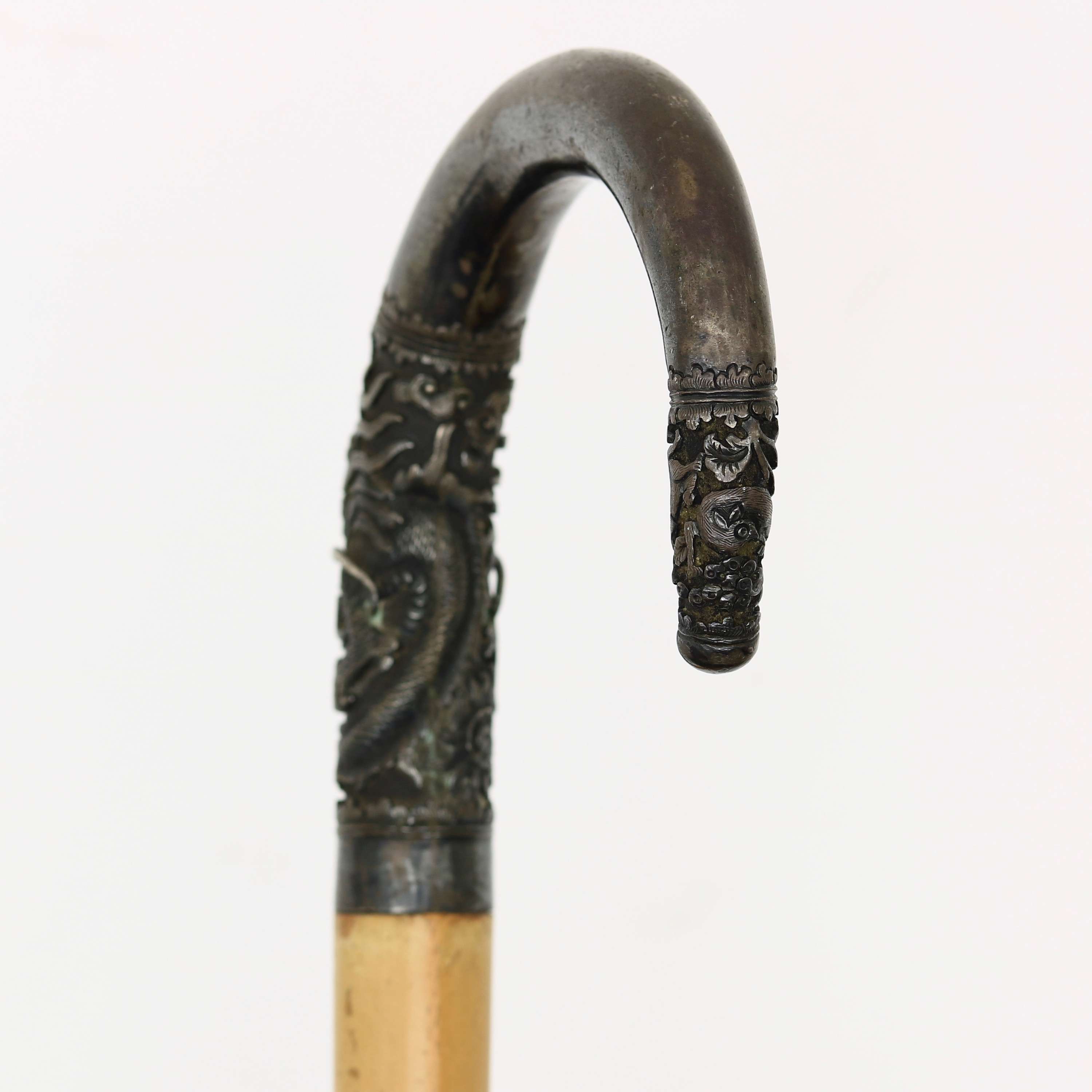 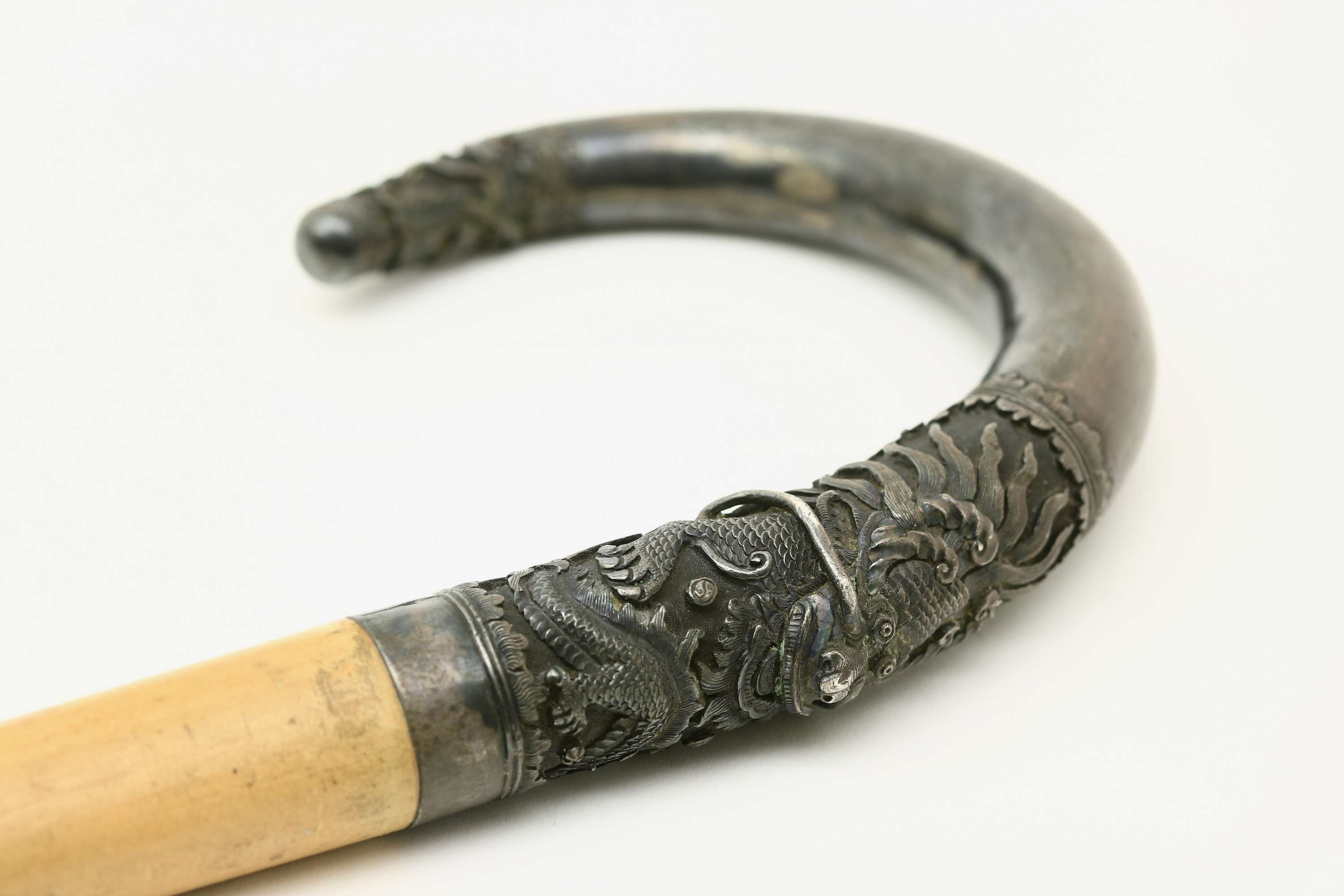 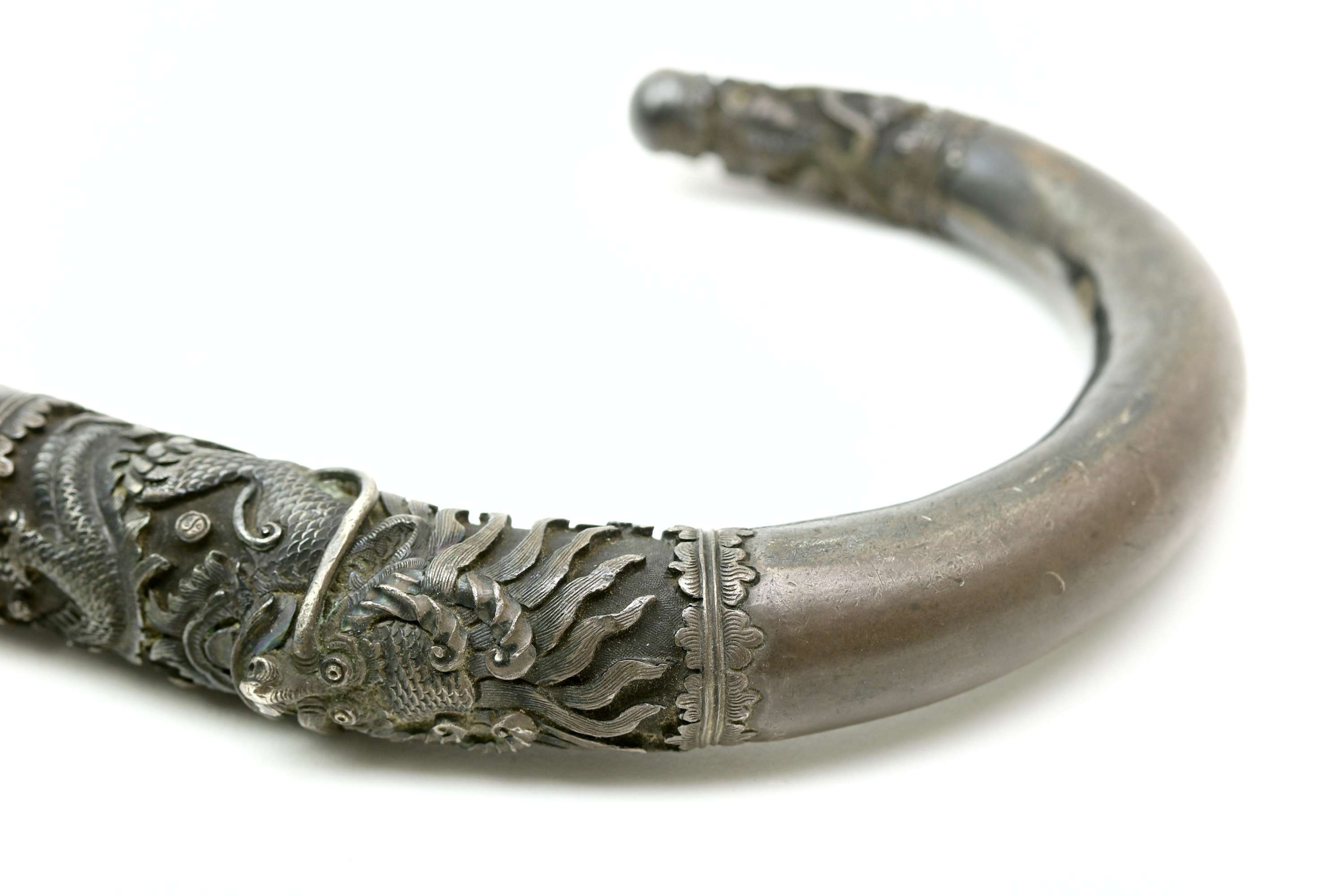 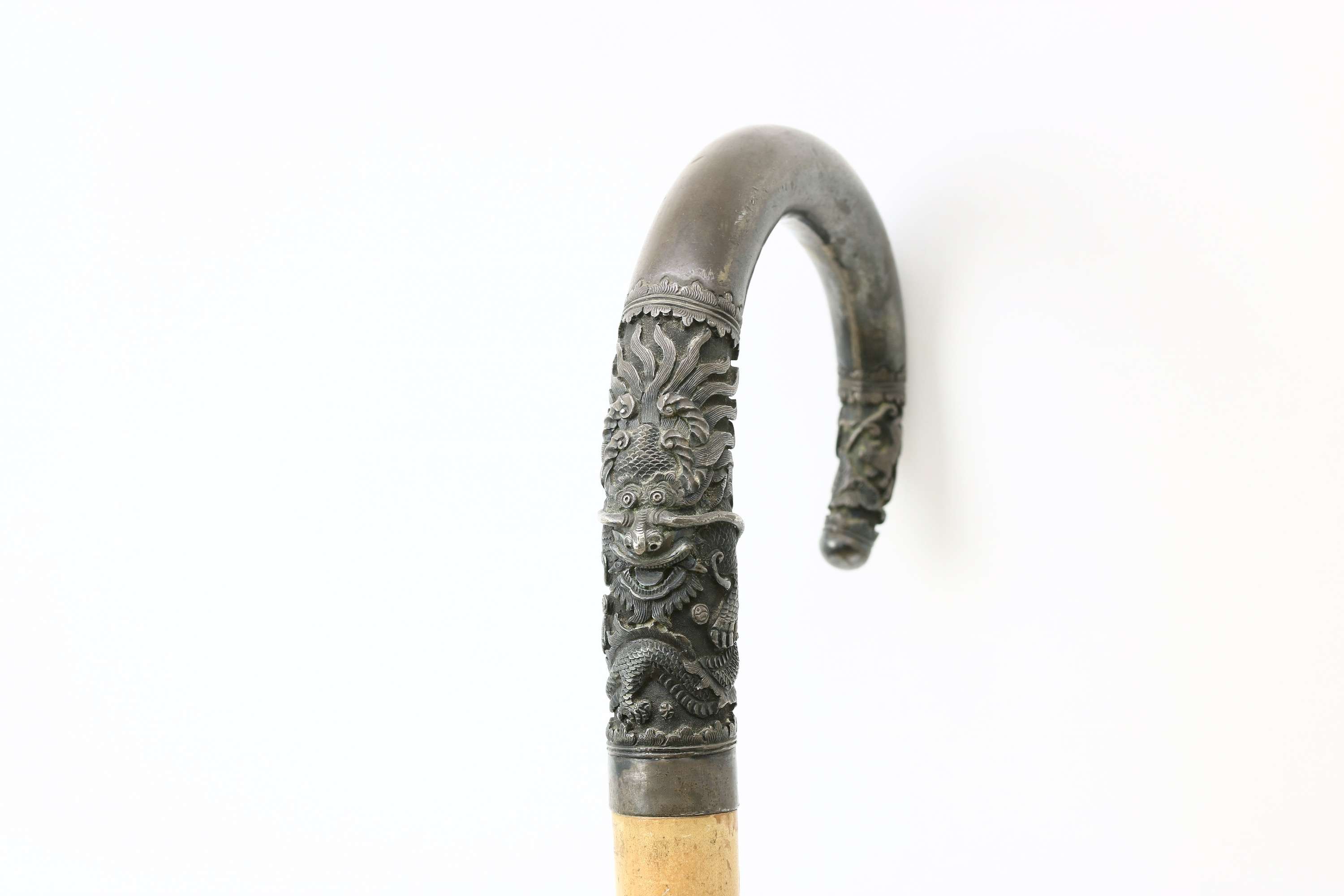 This style was produced in Tangerang, just West of Batavia, now Jakarta.

A fine ceremonial paddle of the Ngaju Dayak of southern Borneo. 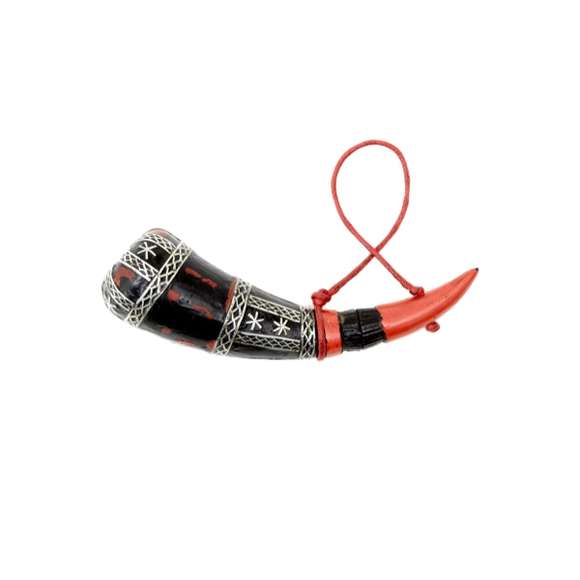