Originating in present-day Afghanistan, the pulouar is a saber that is mostly associated with the Pashtuns. Stylistically it holds the middle between Persian sabers, most notably the quillons, while the bulged grip and disc pommel remind of similar features on Indian talwar hilts. The blades, in turn, vary from Persian to Indian style but also often exhibit Eastern European features.

The majority of pulouar are quite tribal and not much to look at. This piece is a welcome exception. The large blade has three grooves on either side, a raised profile at the base and a raised backedge, features that remind me of some Polish sabers. The blade is well-made and shows subtle hints of forge folding. It remains in excellent, untouched condition with no signs of polishing or cleaning.

The blade is stamped with eyelash mark, originally associated with Genoa in Italy but copied plenty on swords even into India. A patch of crosses also emulates decor found on earlier European swords. At the base is another mark, these are typically north Indian marker's marks.

The hilt is entirely made of wootz steel with a very fine pattern. The domed pommel is beautifully sculptured and decorated with fine pierced work, all very precisely done. Pieces of metal inside make a ringing sound when moving the saber. The grip section with raised ribs and silver wire braid, the crossguard with monster head on each extremity and the langets end with a tastefully done pierced section. All elements typical for pulouar hilts, but considerably better made than most. A rarer addition to this hilt is the rather large, pierced iron handguard. These are not that often encountered.

The wooden scabbard is covered with black morocco grained leather, entirely intact. It is mounted with a pierced iron suspension loop that seems en-suite with the handle. The second suspension loop seems to have originally come from an older Persian saber. It bears an Arabic inscription على يا على يا على or "ya-Ali, ya-Ali, ya-Ali". This is part of the Shia Muslim prayer:

“Call Ali who is the manifestation of marvels; You will find Him your helper in calamities. Every anxiety and grief will come to an end through your friendship, O Ali! O Ali! O Ali”

Ali is also the subject of the famous saying, often repeated on swords as a talisman for warriors: Lâ  fatah illa Ali la sayf illa Zu'l-Faqâr or "No warrior but Ali, no sword but Zulfiqar".

The scabbard endpiece is a beautifully made facetted chape, again a few notches up in quality from what is normally encountered on these.

An unusually good example of an Afghan pulouar with many fine details such as the facetting and piercing of the domed pommel, the addition of a pierced iron handguard, the hilt being made of wootz and a fine set of scabbard mounts. 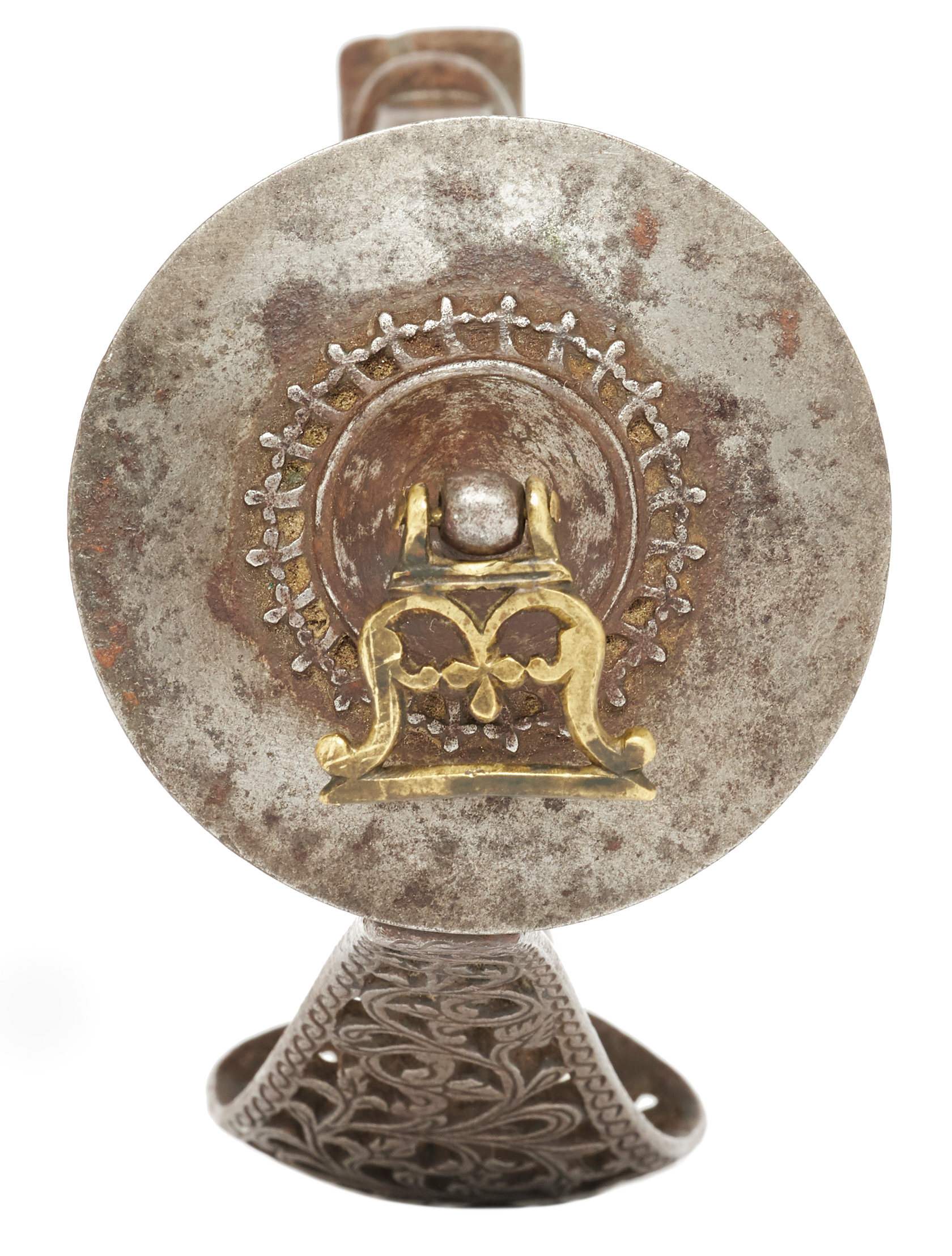 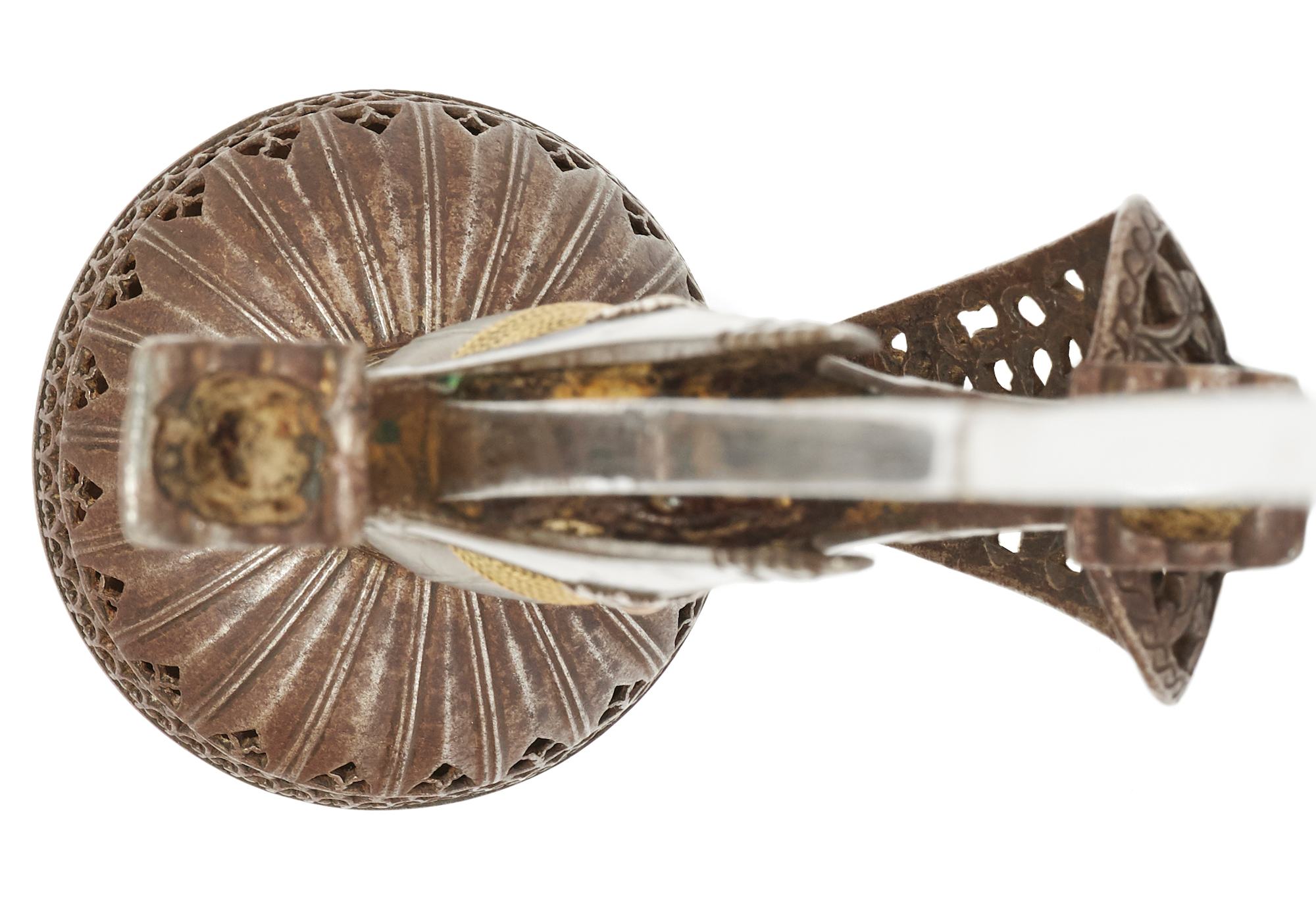 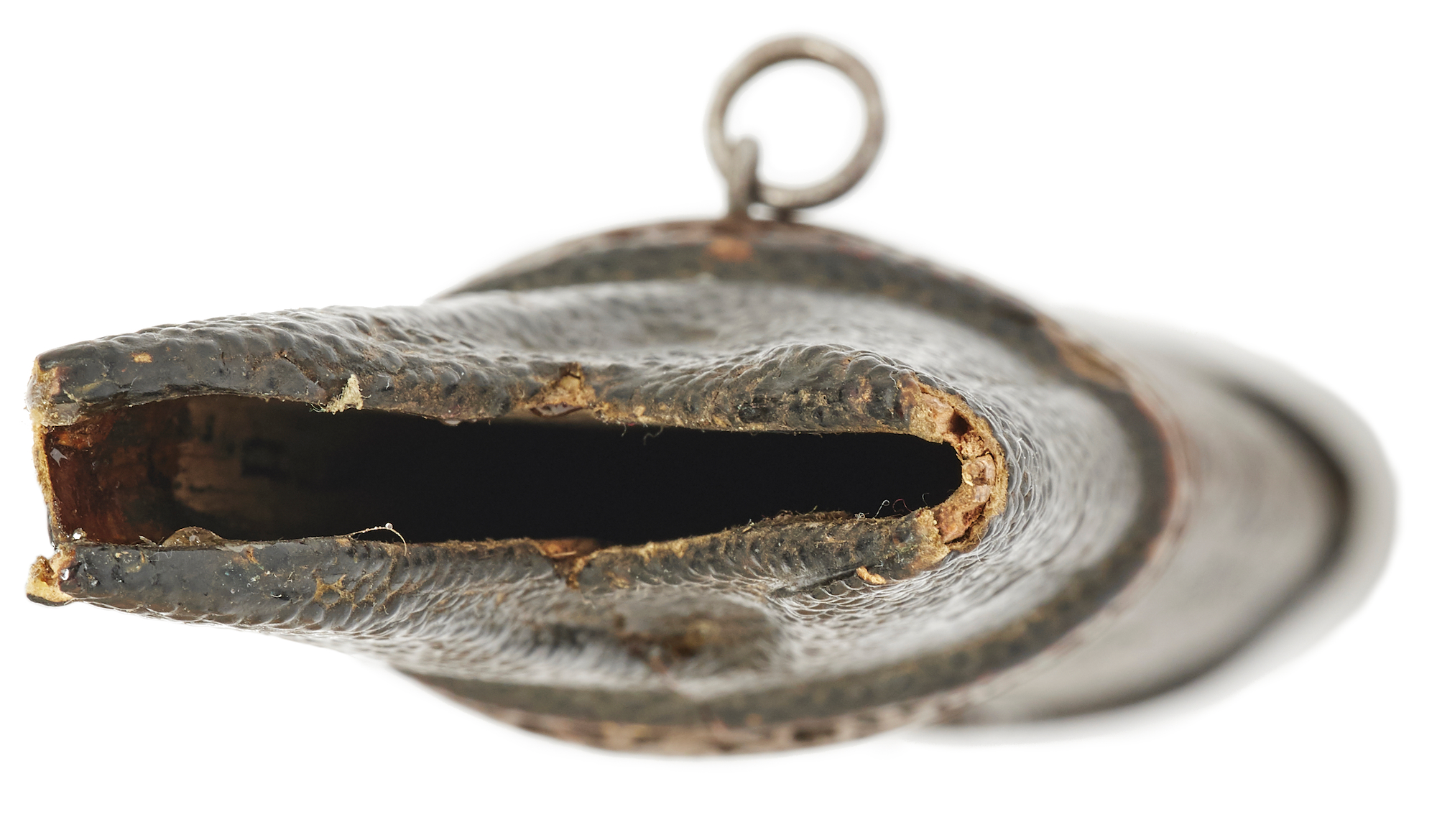 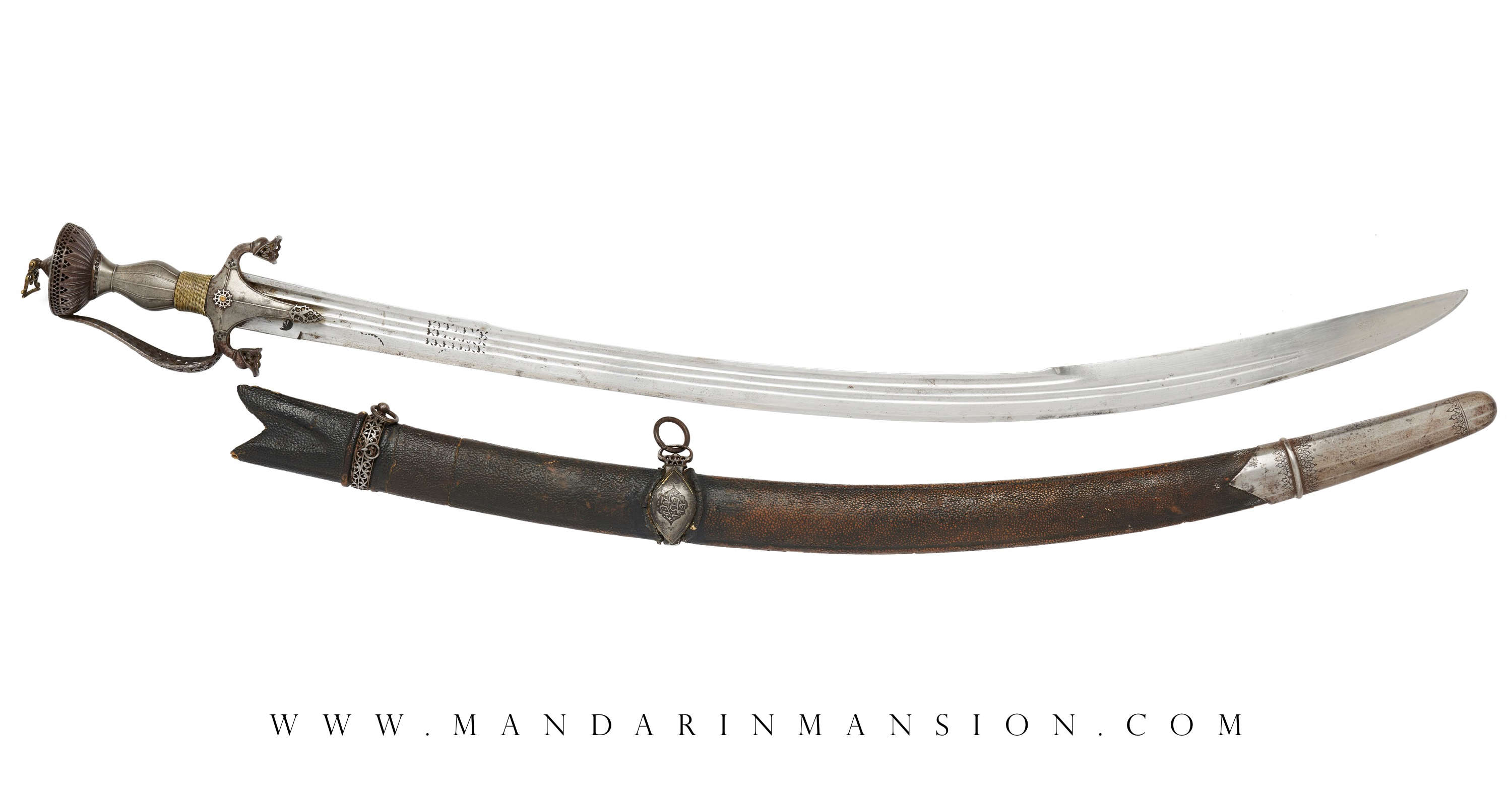