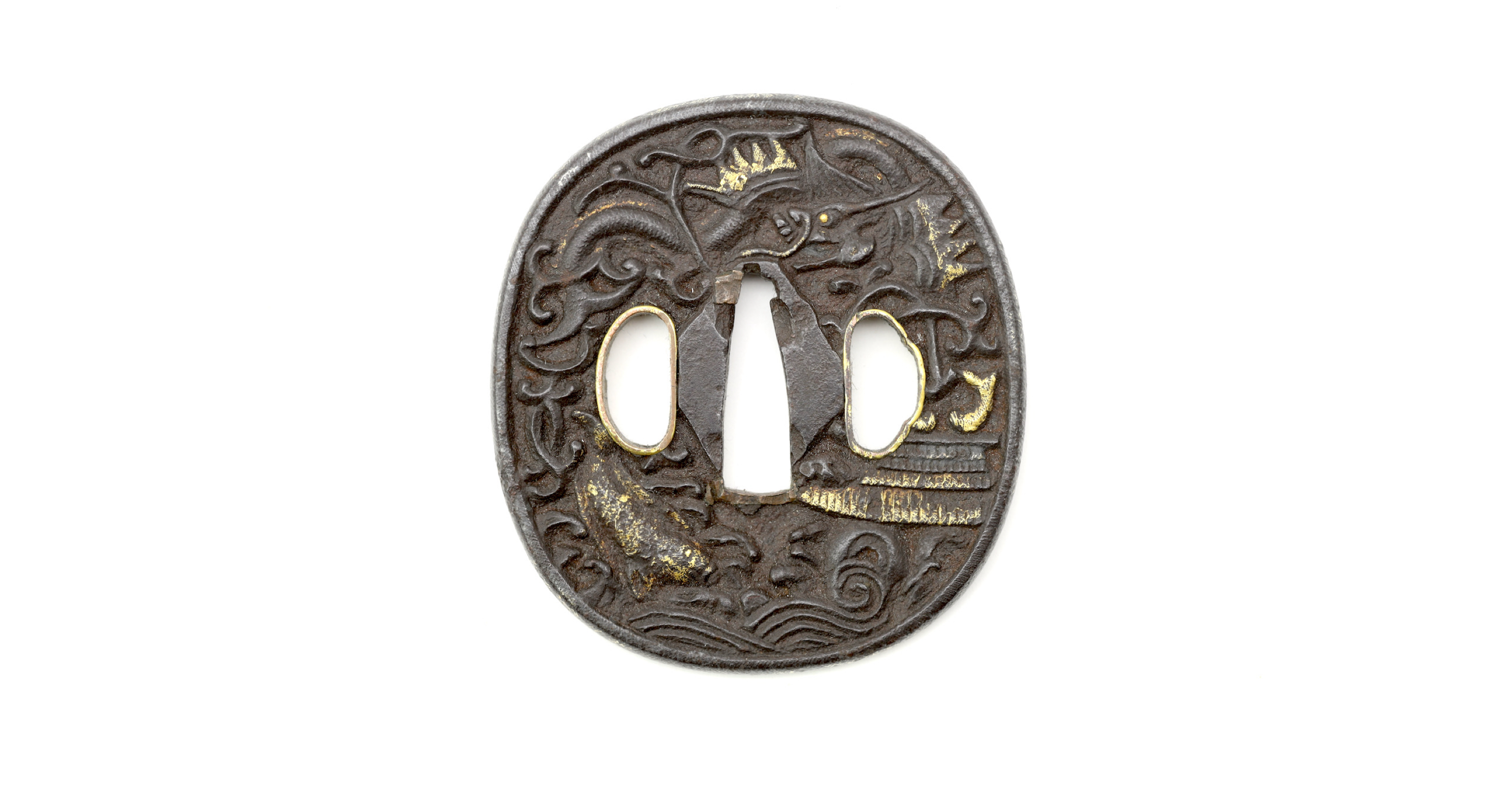 This unusual sword guard would typically be described as a nanban tsuba. However, tsuba would suggest it's Japanese and I'm not so sure of that as the workmanship isn't typically Japanese.

The overall form, ovoid with slightly flattened sides, is typical for earlier Chinese saber guards. The washer seat area, called seppa-dai in Japanese, is of a very unusual form. Its unusual for Japanese work, but also certainly unusual for Chinese or other work from the region.

The theme is the only thing that is somewhat familiar, in that it depicts a carp, a dragon, and a building in the water. This alludes to the legend of the carp that swims through the dragon gate and becomes a dragon.

Although the designs are identical on each side, one side is worked to more detail than the other which has a rather flat background. There are traces of silver damascening around the rim, with a type of crosshatching that also indicates non-Japanese manufacture.

It did at some point end up in Japan. The holes for the by-knife and hairpin (kogai and kozuka) are later and lined with gilt copper. The tang opening is lined with copper fillers and punchwork to fit it to the tang of a Japanese sword, exactly how you would expect Japanese craftsmen to do it. 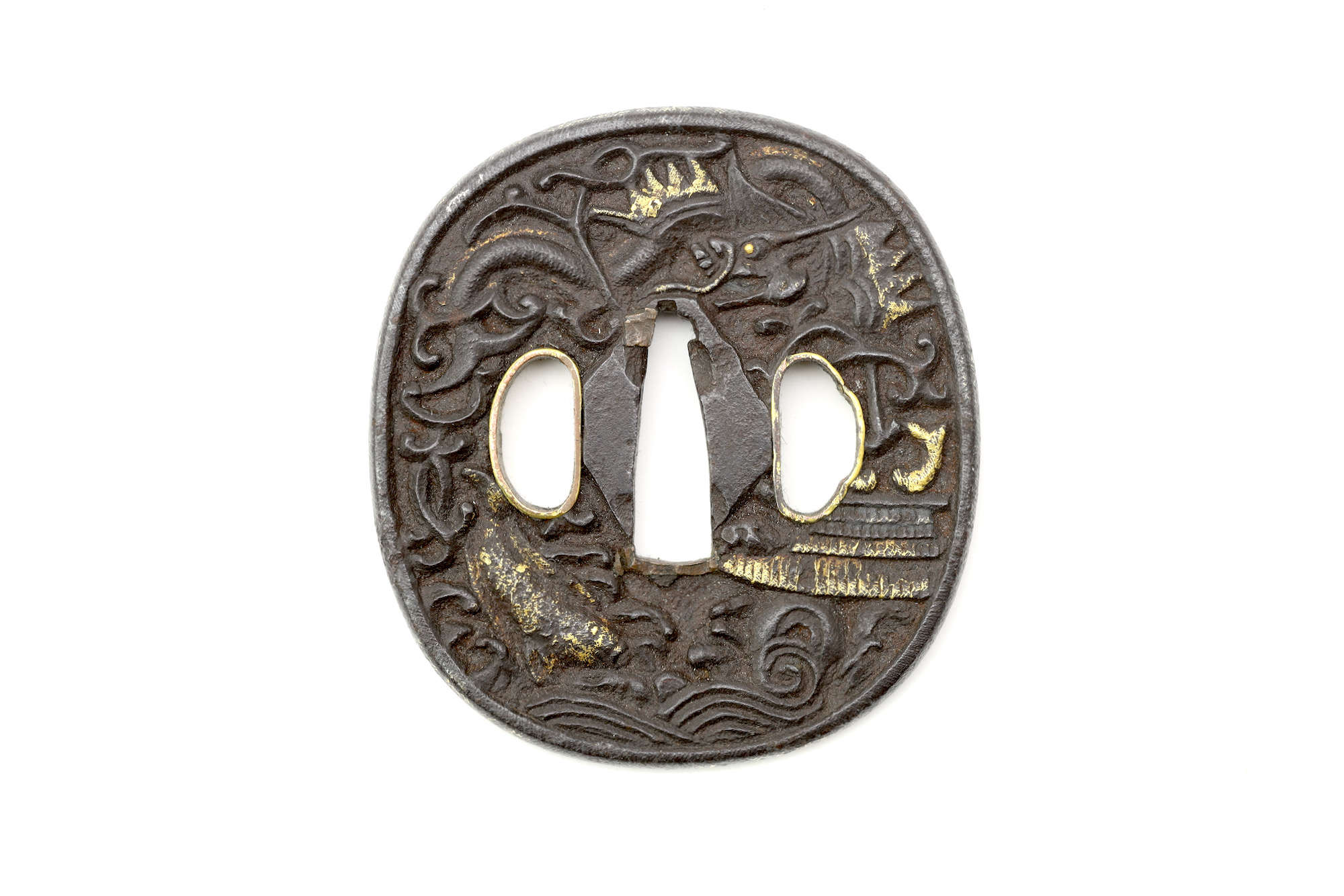 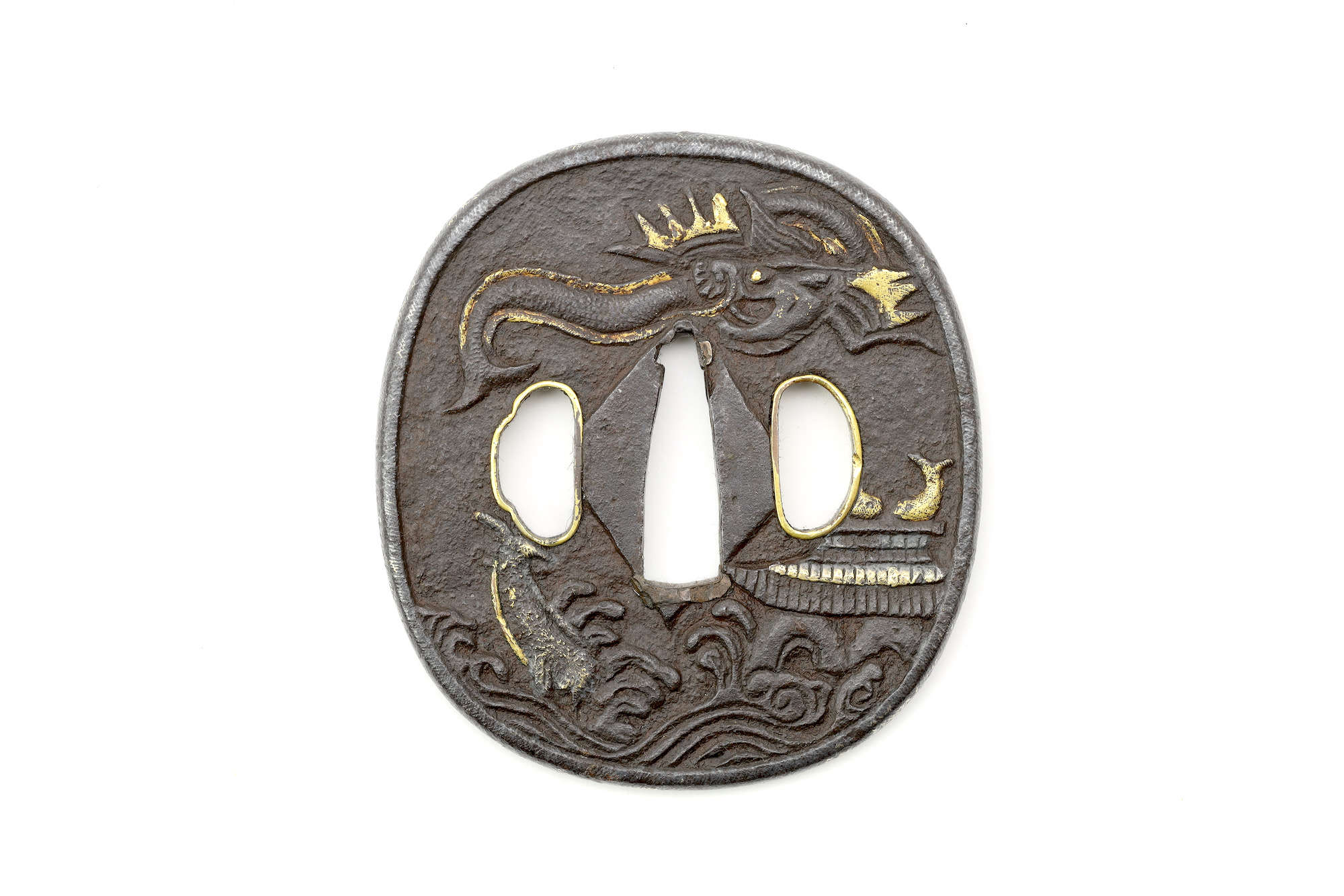