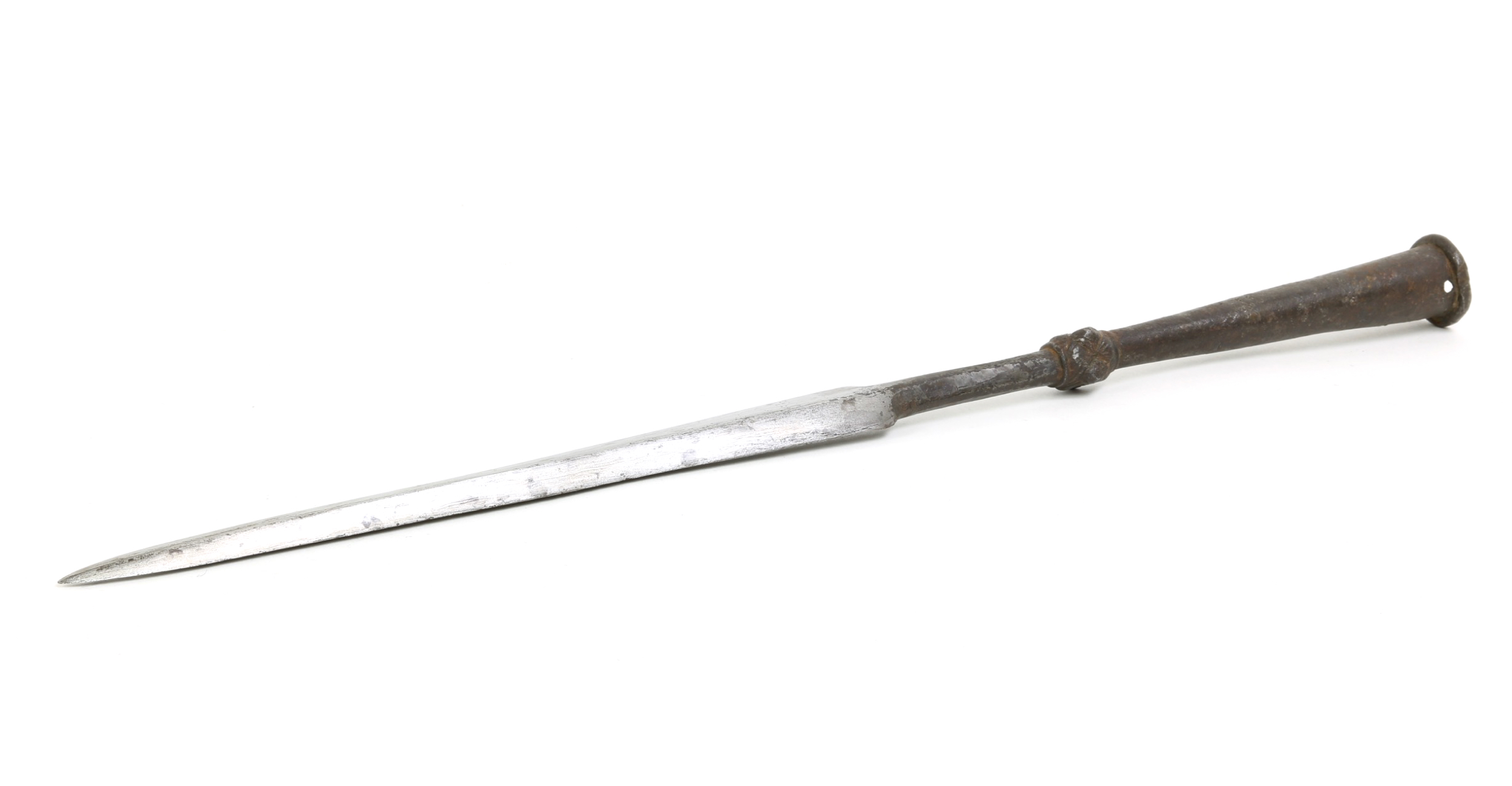 It has a thick and narrow armor-piercing blade of lozenge cross-section. The blade is forge folded with a wood-grain, now visible in slight relief.

It is connected to a socket by means of a long neck, with in the middle a chiseled iron knot shape. The socket has two holes near the rim to which iron wire was attached that wrapped around the upper part of the shaft for reinforcement.

There is a nice and complete example in the Metropolitan Museum, which still has its original shaft and shows how the iron wire would orgininally coil around the shaft. 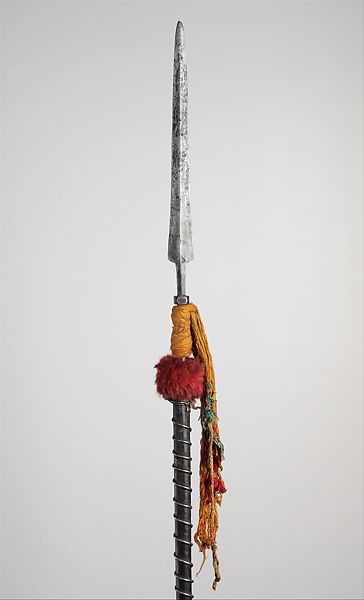 These spearheads are very hard to date because styles changed little over extended periods of time. The Metropolitan Museum dates theirs 18th or 19th century. Materials preserve very well on the Tibetan plateau, and so very old items remained in use for a long time. This current example could be anywhere from the 17th to 19th centuries, but I tentatively date it at the 18th or 19th century.

The spearhead came to me with marks indicating it was aggressively cleaned with possibly a power tool. I removed the scratches and restored the patina where I could with a chemical solution. It is priced accordingly.

A nice example with a chiseled iron bolster in the shape of an eternal knot. It was mistreated by a previous owner but I have been able to undo most of the harm, and hope it will find a good home again. 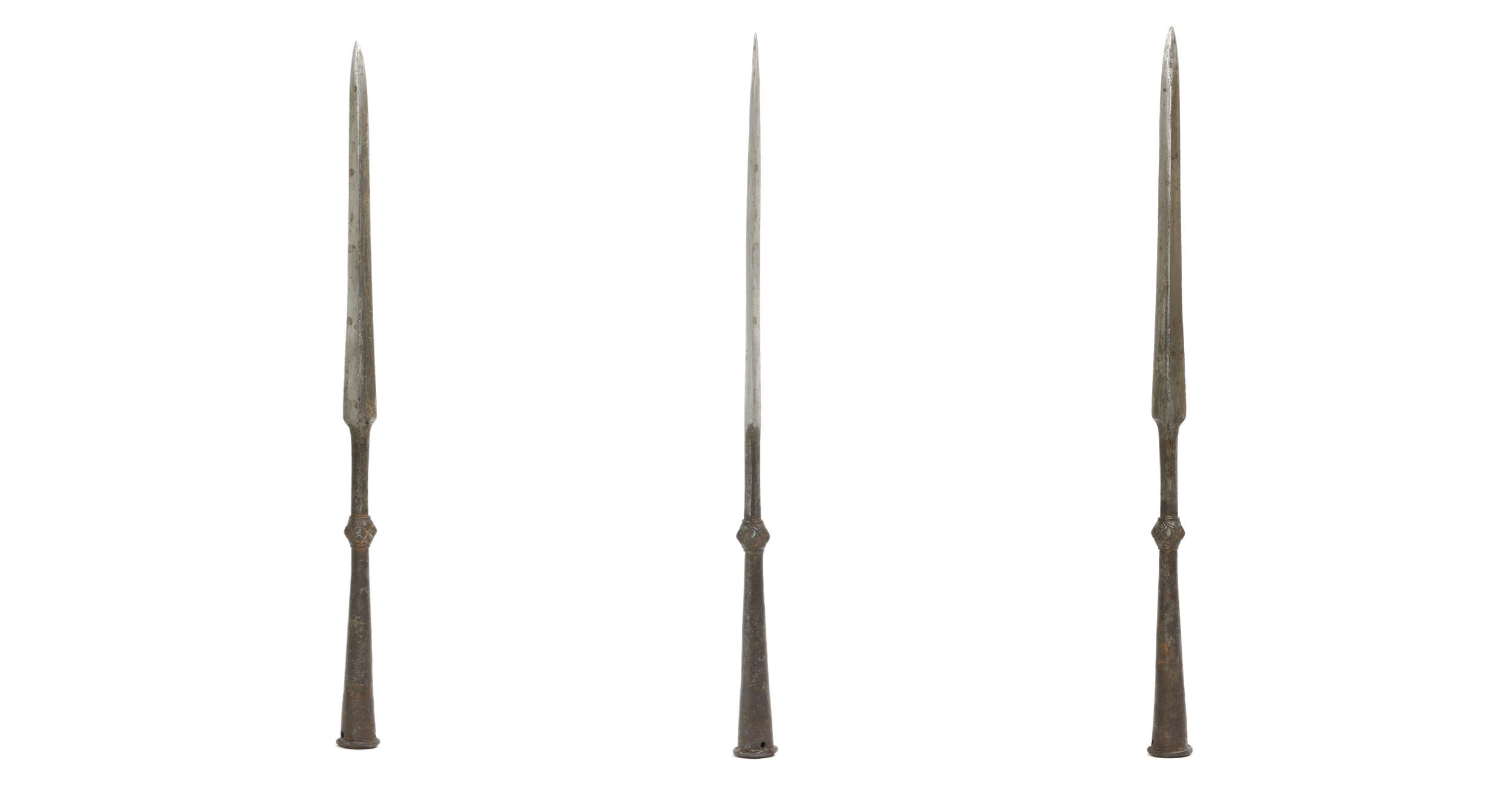 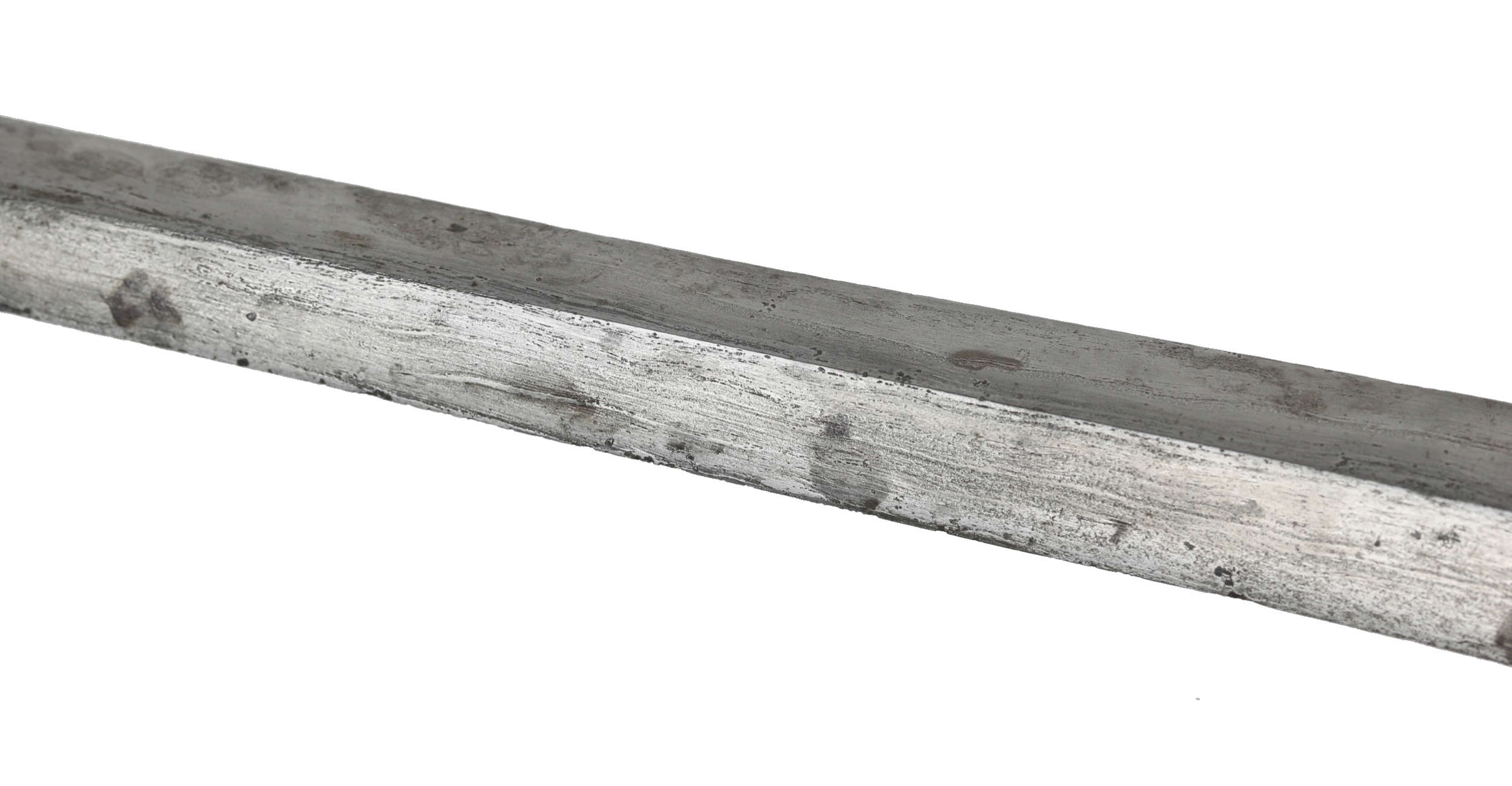