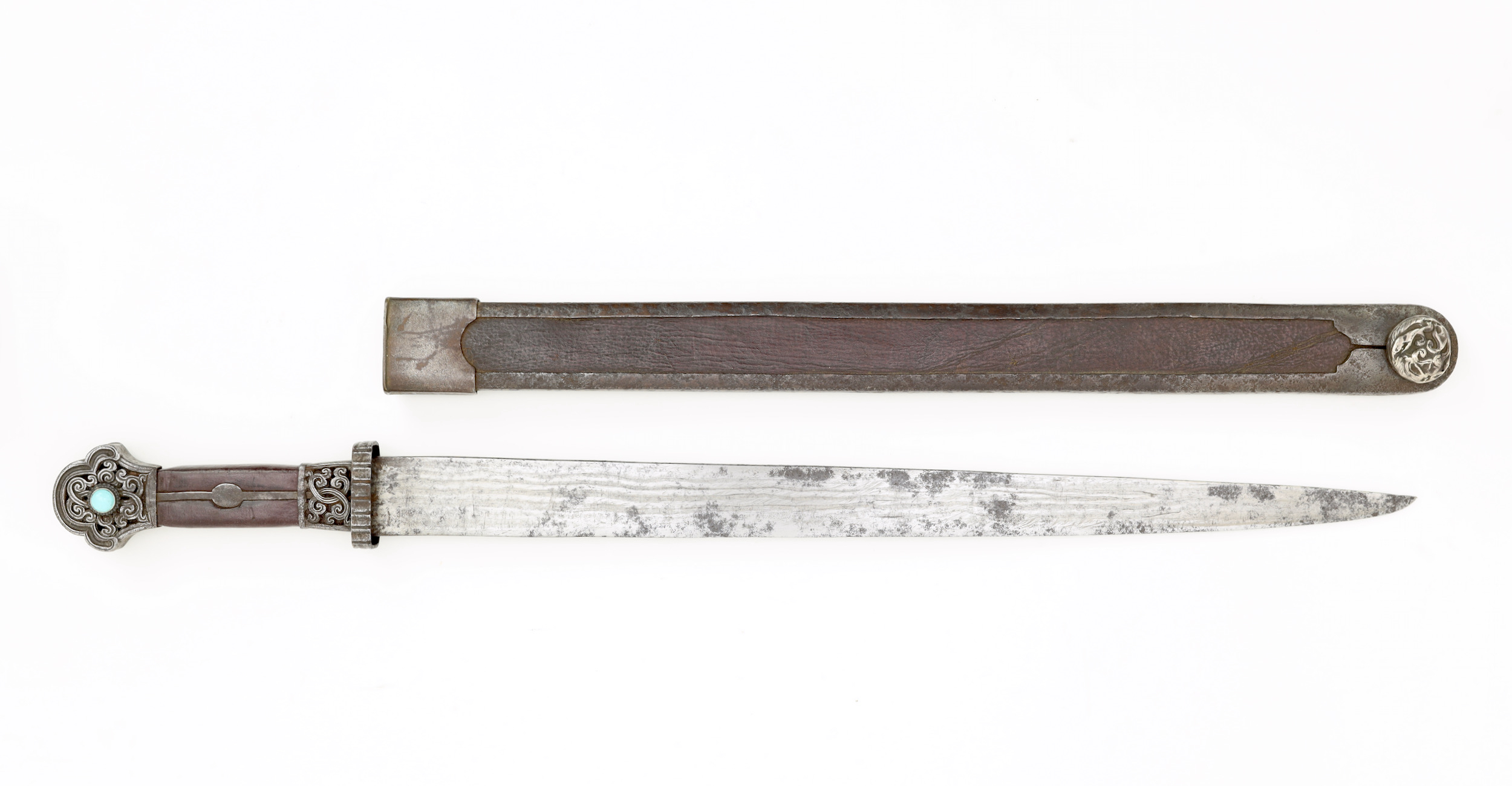 A Tibetan shortsword with a characteristic hairpin forged blade that gradually tapers to a sharp point. The blade is forged with five rows of mo lcags, or "female iron" that appears darker in the blade.

The iron-mounted hilt is of classic form, featuring a tri-lobed pommel, trapezoid ferrule, and small iron cup guard. All are constructed from relatively thick plates, soldered together with copper. Pommel and ferrule are pierced and chiseled with attractive designs of scrollwork on the facing side. Unusual is that the hilt is mounted so the blade faces downwards when worn, more typical for these shortswords is the edge aligned the other way. The guard has fluted decoration on the facing side.

The scabbard consists of a plain iron U-frame with metal mouthpiece. The frame holds two slabs of wood, covered with reddish leather as seen on the hilt. At the end of the scabbard is a silver ornament with three stylized waves.

The work is nicely done and represents a later working-life alteration, not a later restoration. The scabbard has that characteristic old smell that you don't get from new wood.

The only truly new addition is the turquoise in the pommel, which was done this year by my restorer. The original bezel had gone lost over time, and the piece didn't look complete without it.

Somewhat unusual for Tibetan work, the piece is entirely free of Buddhist imagery. The style of the scrollwork on the hilt, as well as the profile of the scabbard mouthpiece, reminds of work from Jinchuan, Sichuan, where the older Bon religion was still practiced.

Compare to the style of a Jinchuan Royal sword I sold in 2019, when looking at it take special note the form and nature of the decoration, and also the profile of the metal mounts on the back. 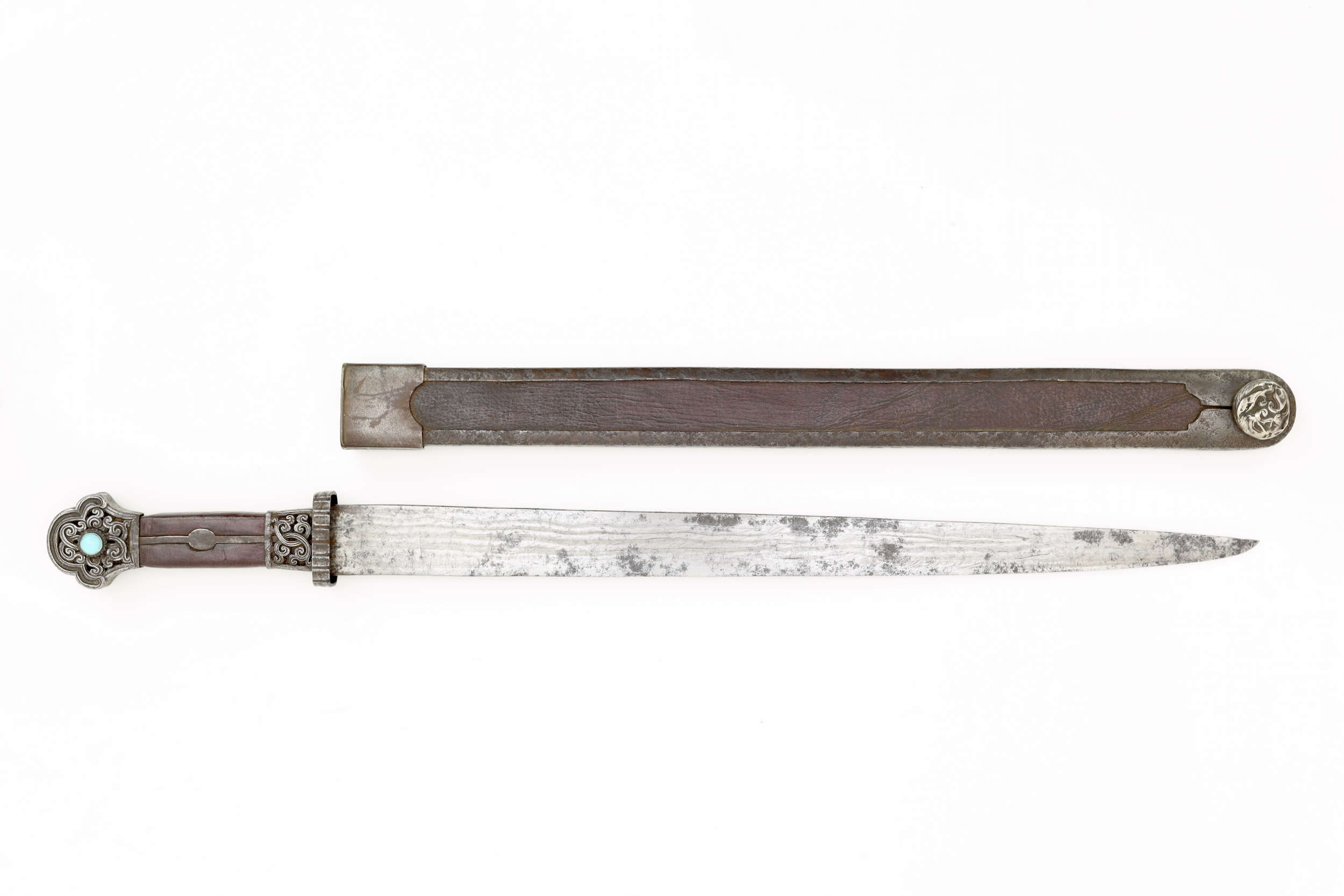 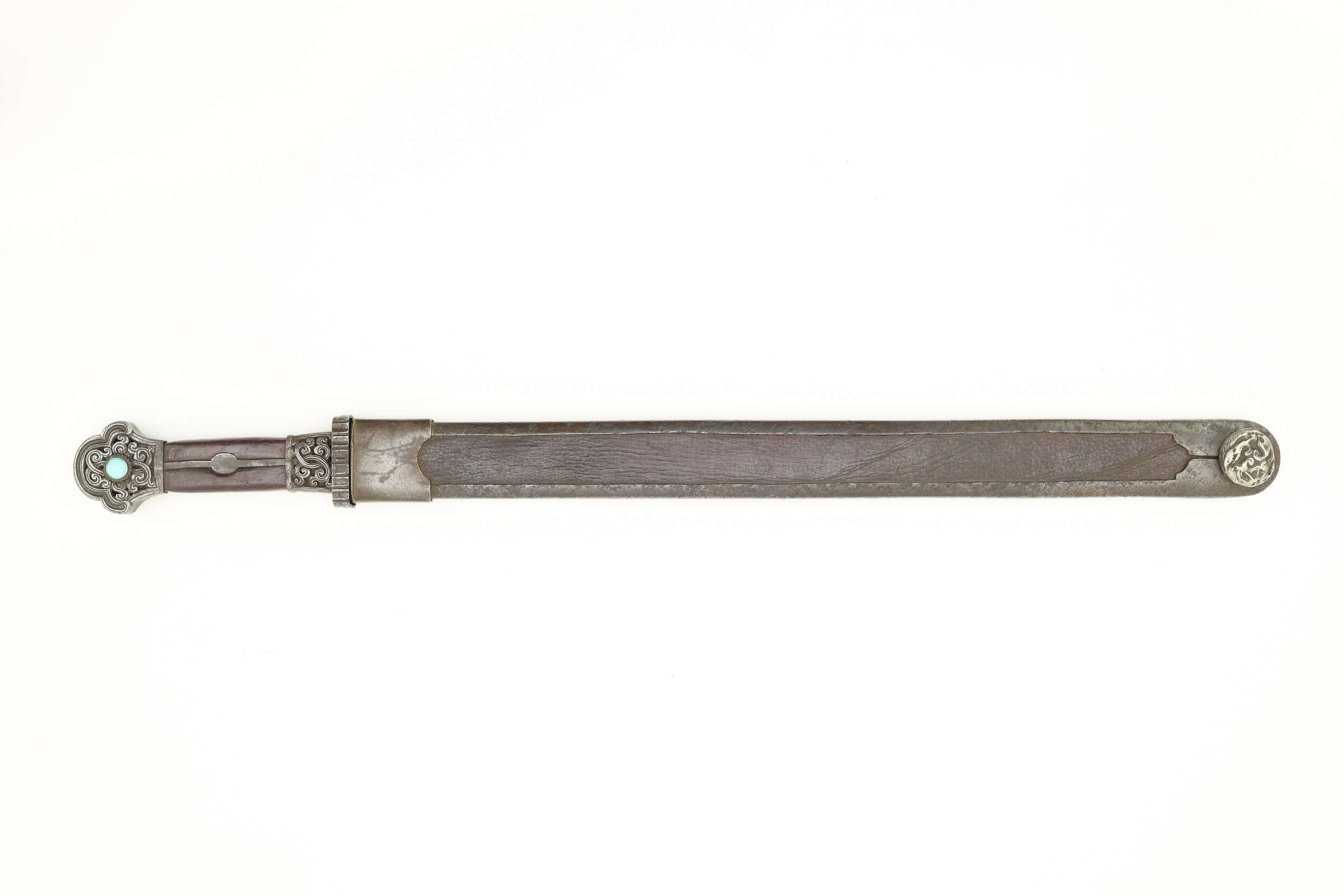 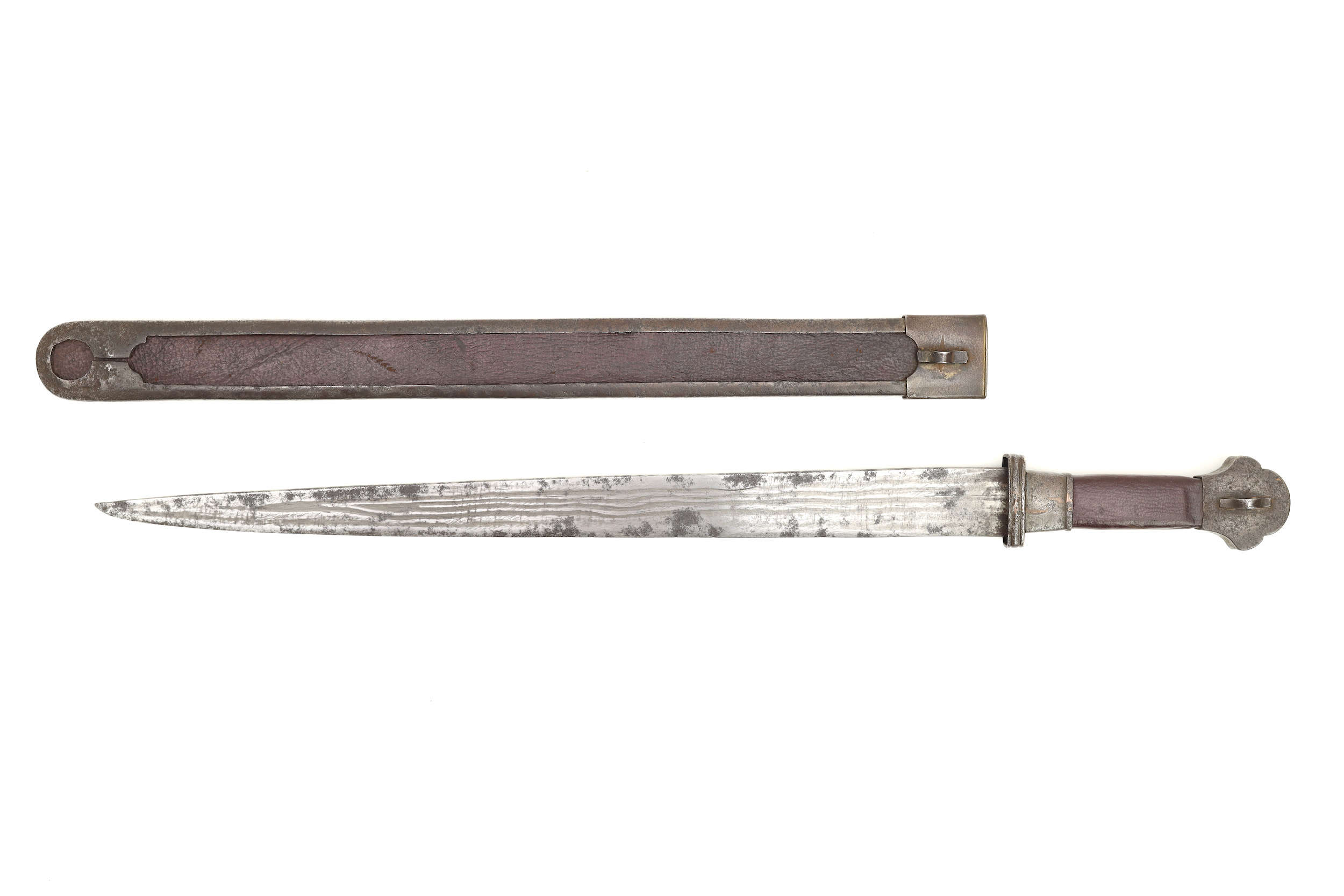 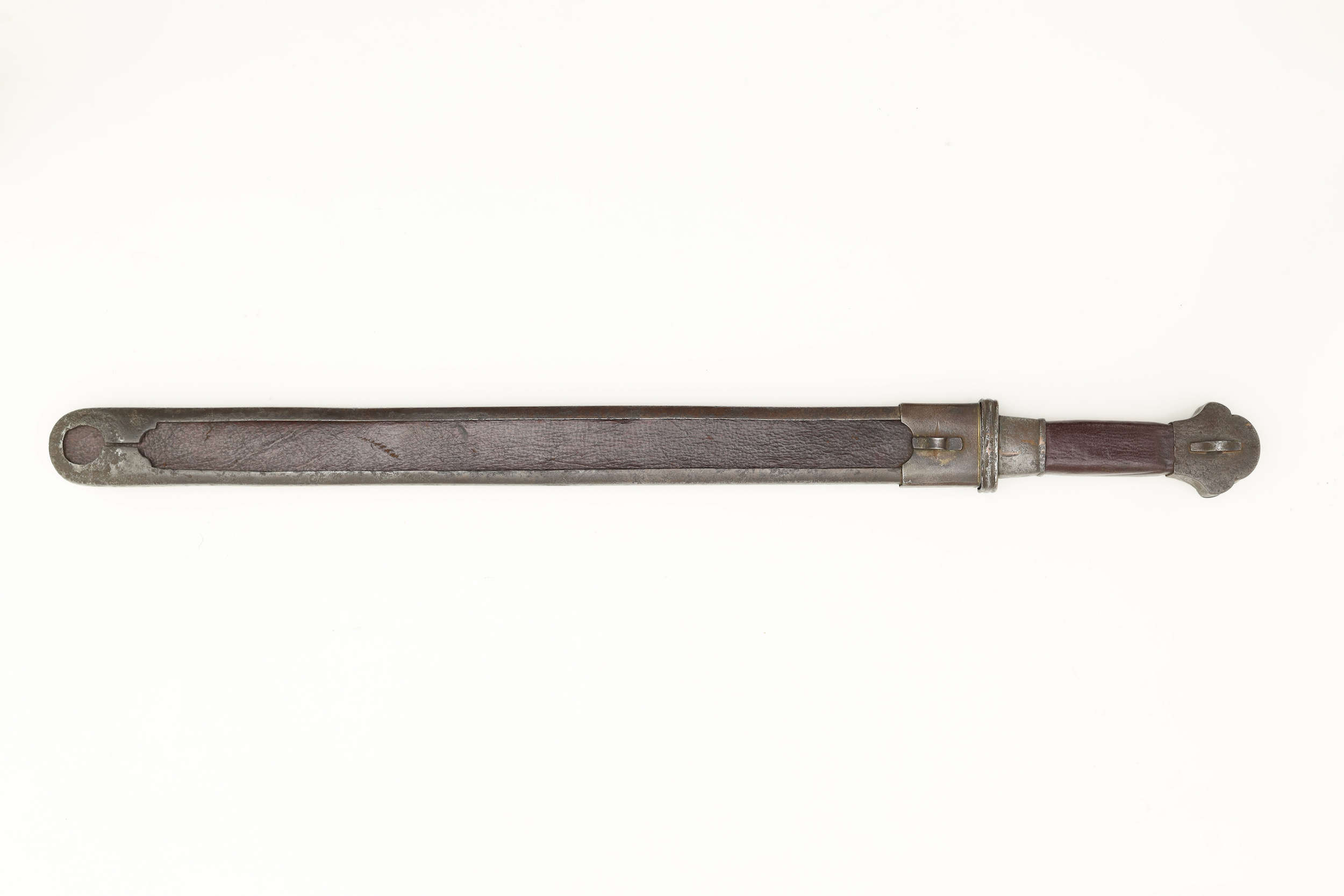 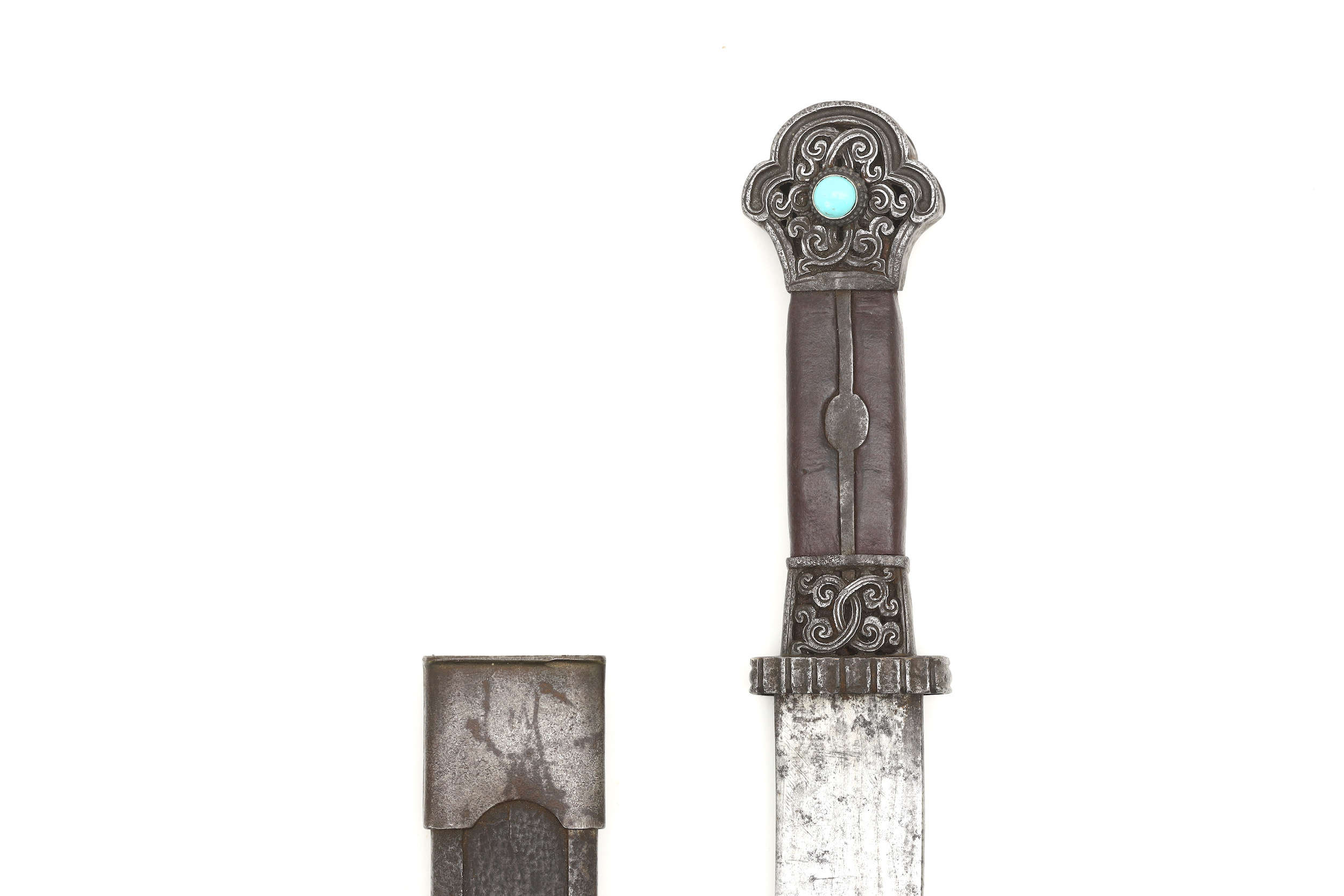 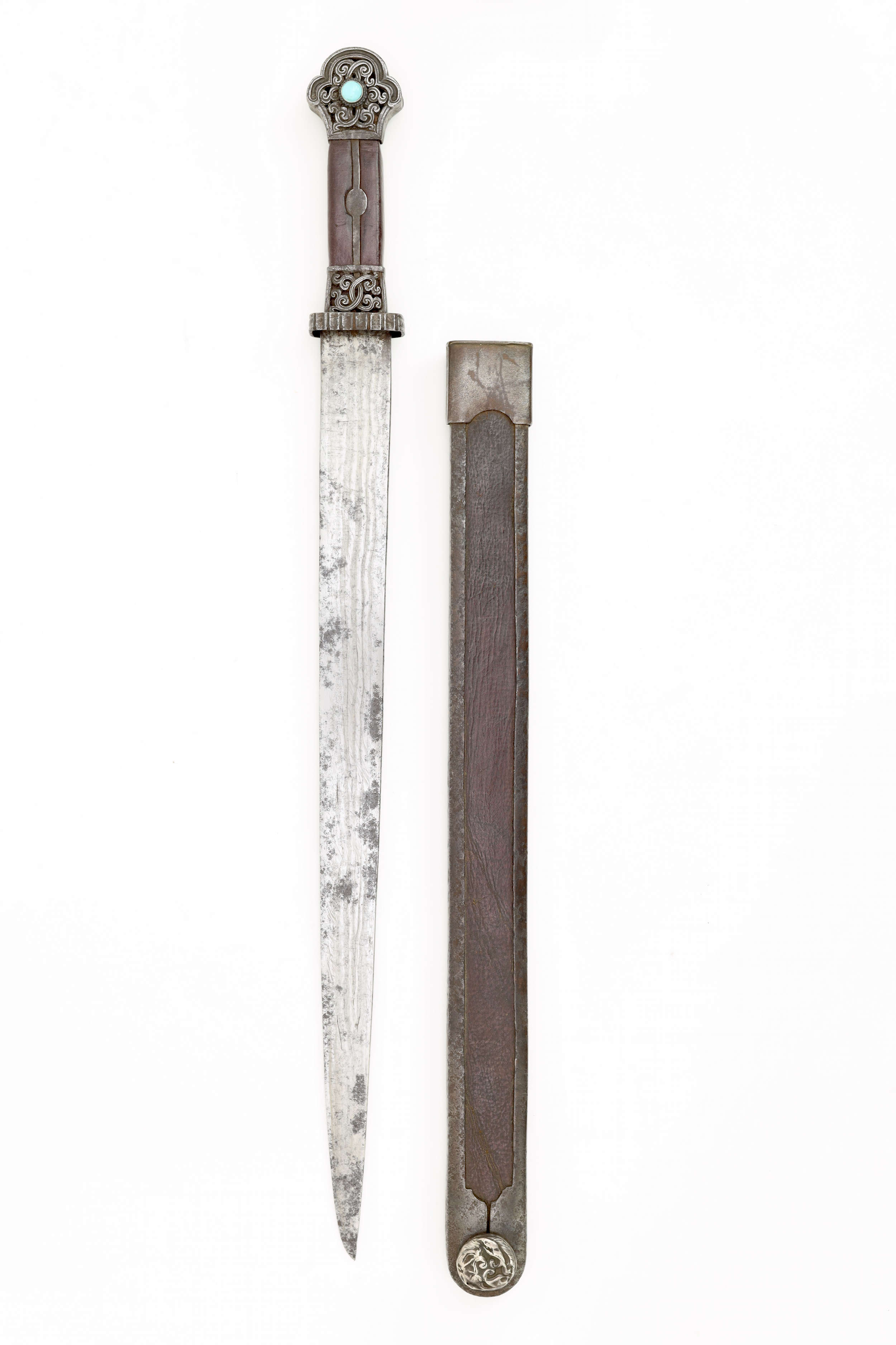