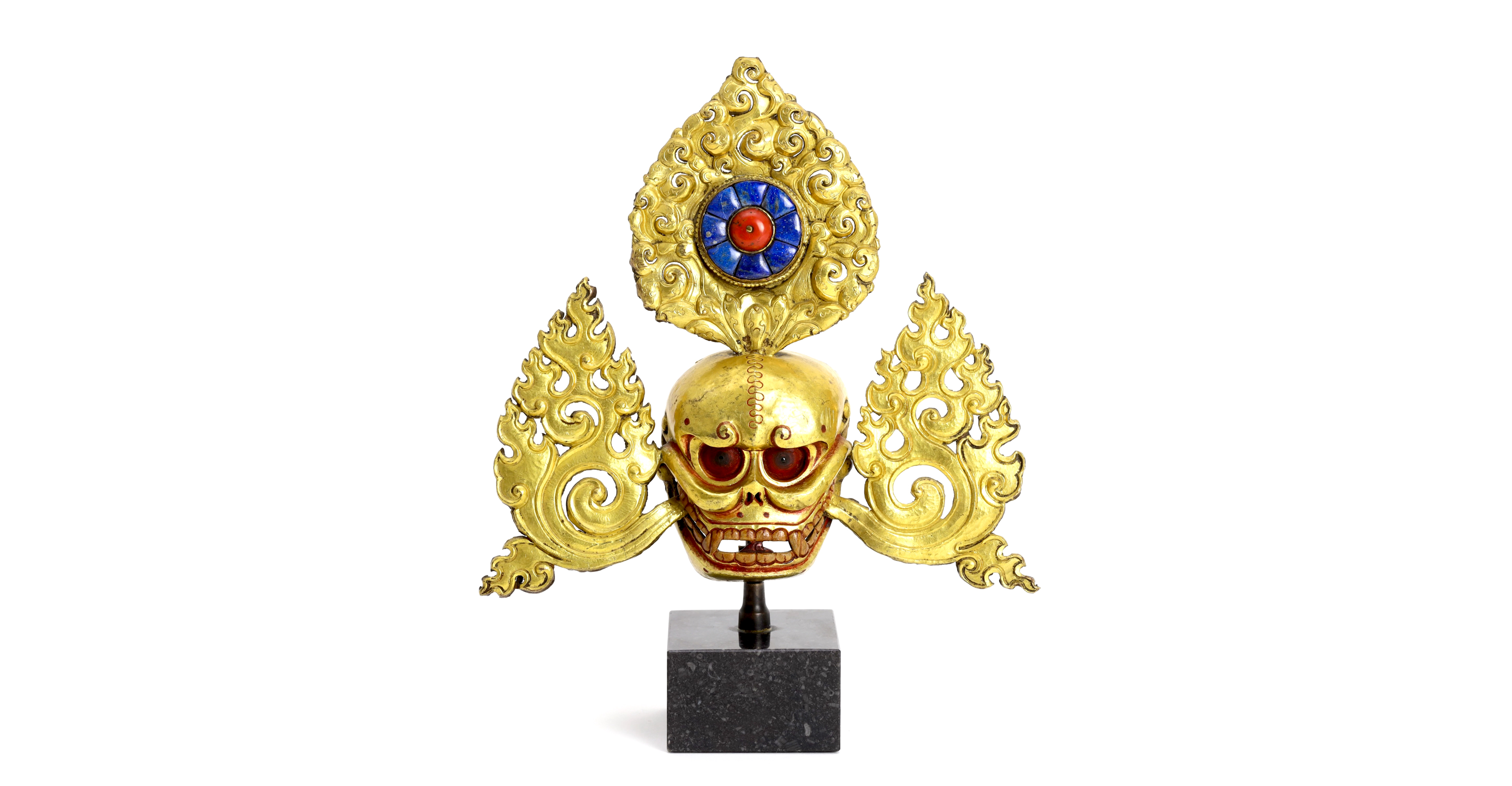 Tibetan religion makes use of oracles, which are seen as mediums that channel spirits or deities from the spiritual realm. The Nechung Oracle is the most important of them all, it is the official oracle of state which is consulted also by the Dalai Lama. He is thought to channel Pehar, also known as Dorje Drakden, considered to be the chief of spirits and the principal protector of the Dalai Lamas.

"Tibetans rely on oracles for various reasons. The purpose of the oracles is not just to foretell the future. They are called upon as protectors and sometimes used as healers. However, their primary function is to protect the Buddha Dharma and its practitioners." 1

A golden skull that used to be one of five such pieces which adorned the hat of a Tibetan oracle, of which this was the centerpiece. The skull projects flames from both sides of the mouth, as well as from the crown of the skull.

The piece is entirely of copper and hammered to shape, with each individual hammer mark still clearly visible. It was then chased and chiseled to further detail. Normally, these shapes are excellent for casting but up in the Himalayas, there is not a lot of fuel and much lower oxygen levels in the atmosphere, so craftsmen adjusted to that by avoiding the prolonged use of heat where they could.

After cutting, hammering and chiseling to shape, it was fire-gilt using a mix of mercury and gold which was then heated to vaporize the mercury so the gold remained.

The top flaming ornament is further adorned with a circle of lapis lazuli stones and a coral in the center. Both lapis lazuli and coral were thought to have talismanic properties, restoring balance and health and protecting from evil. 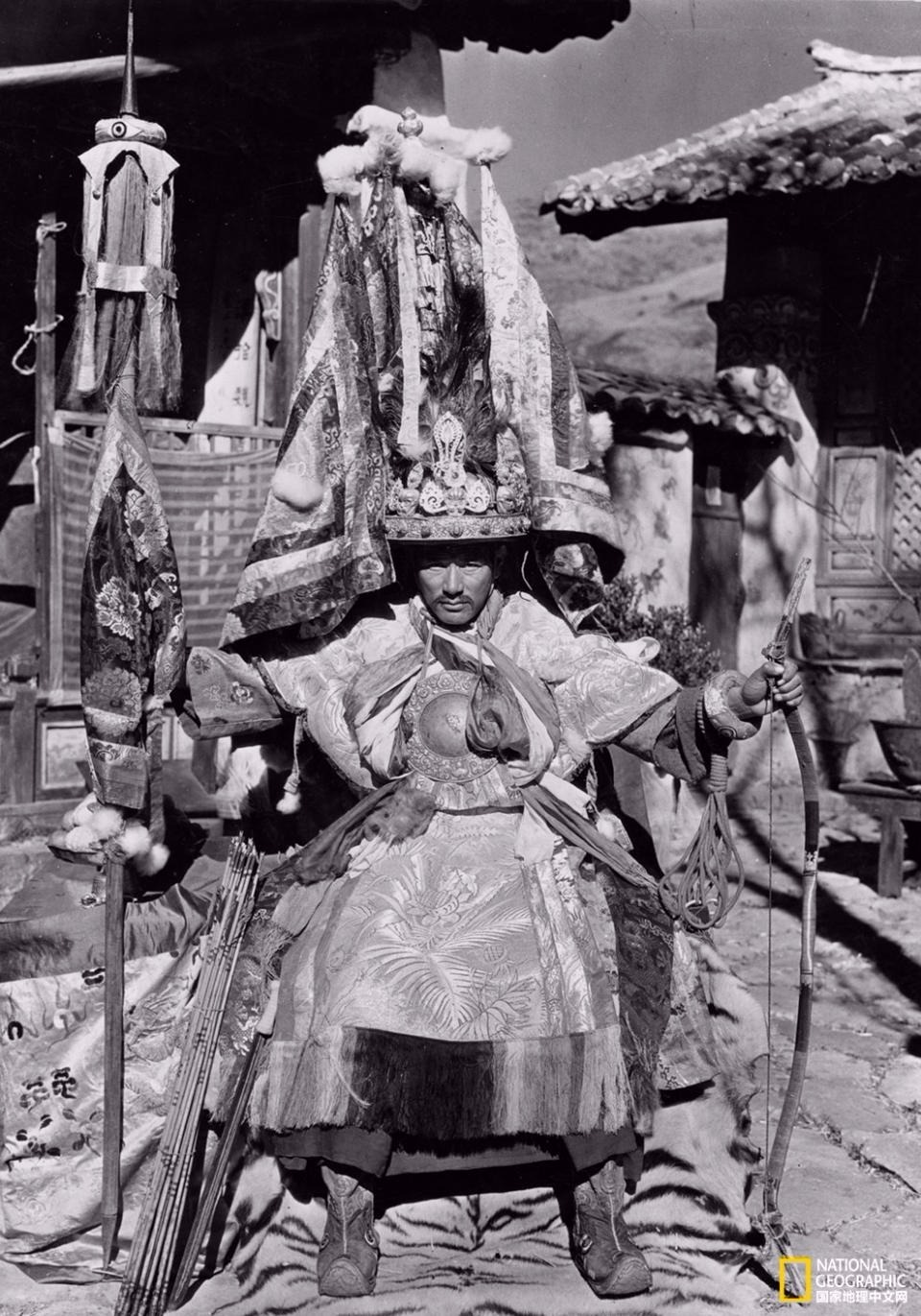 Our hat ornament comes with a later, custom stand with marble foot. 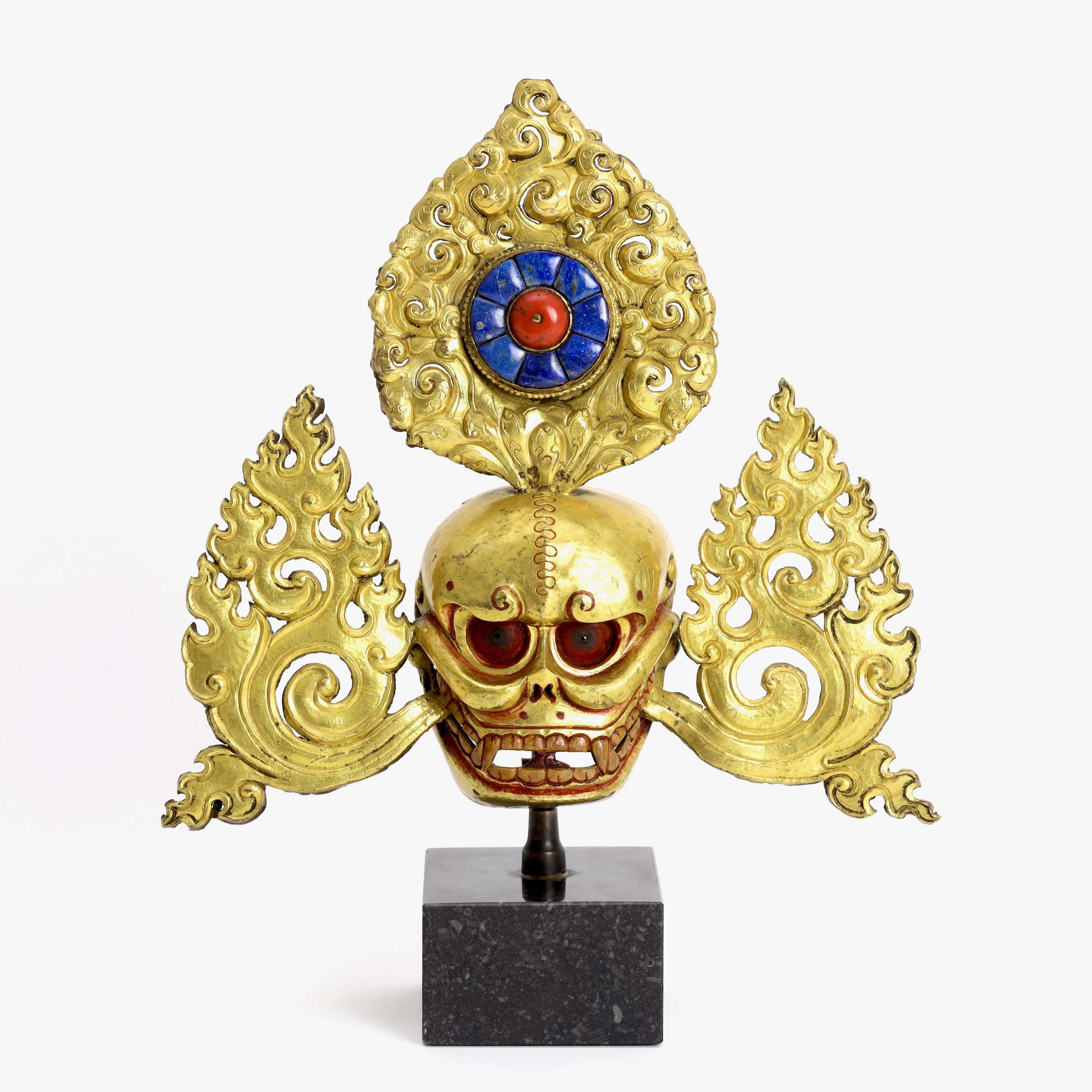 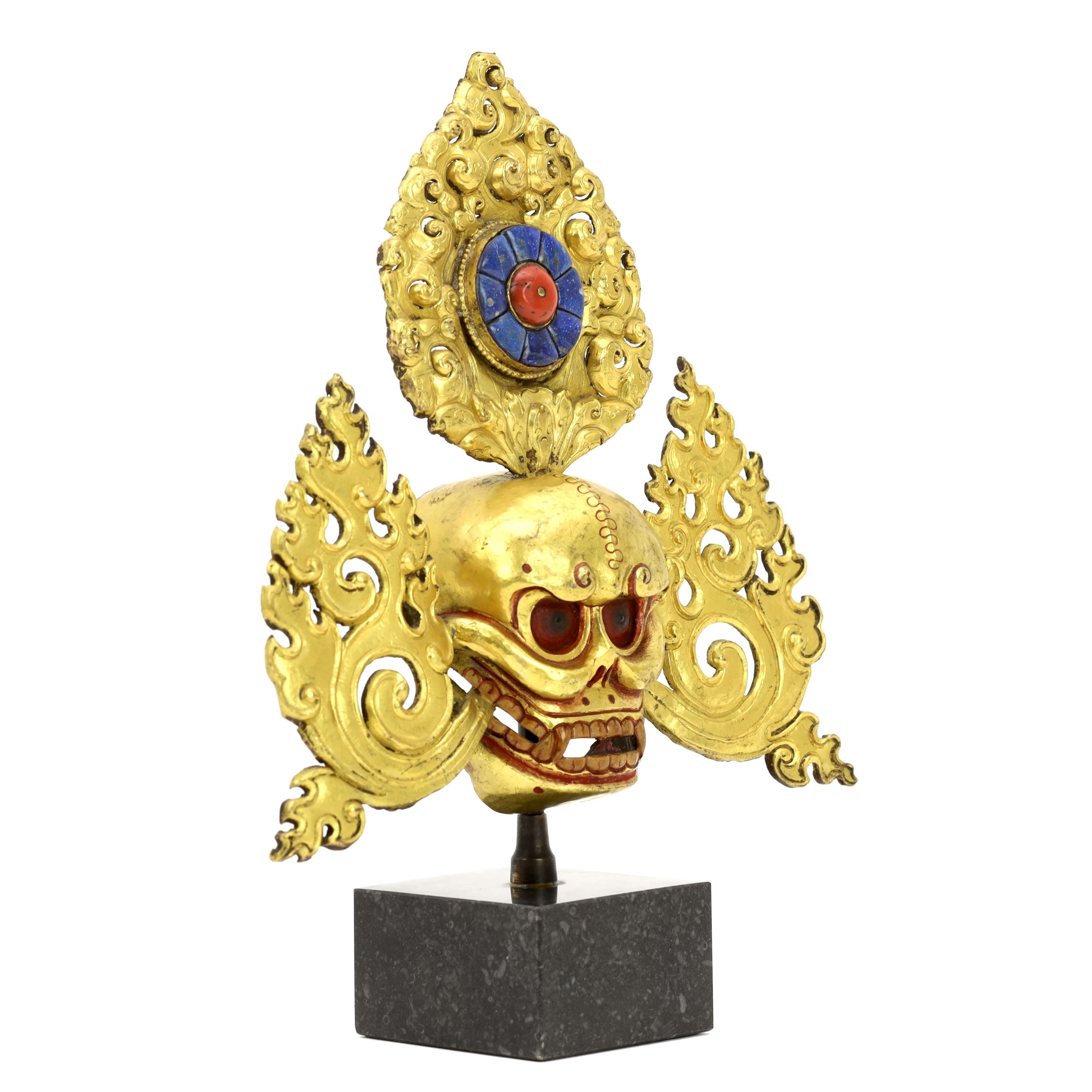 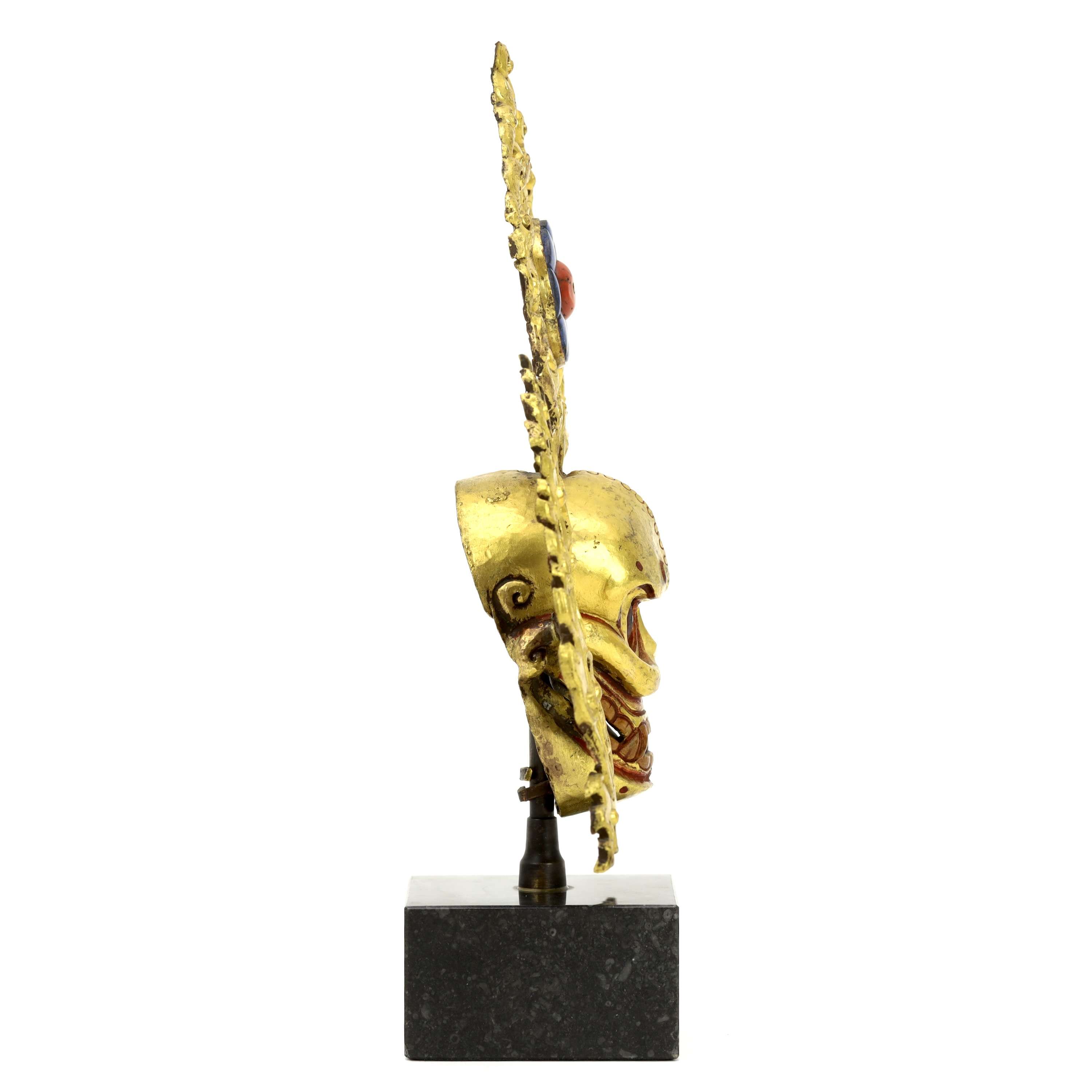 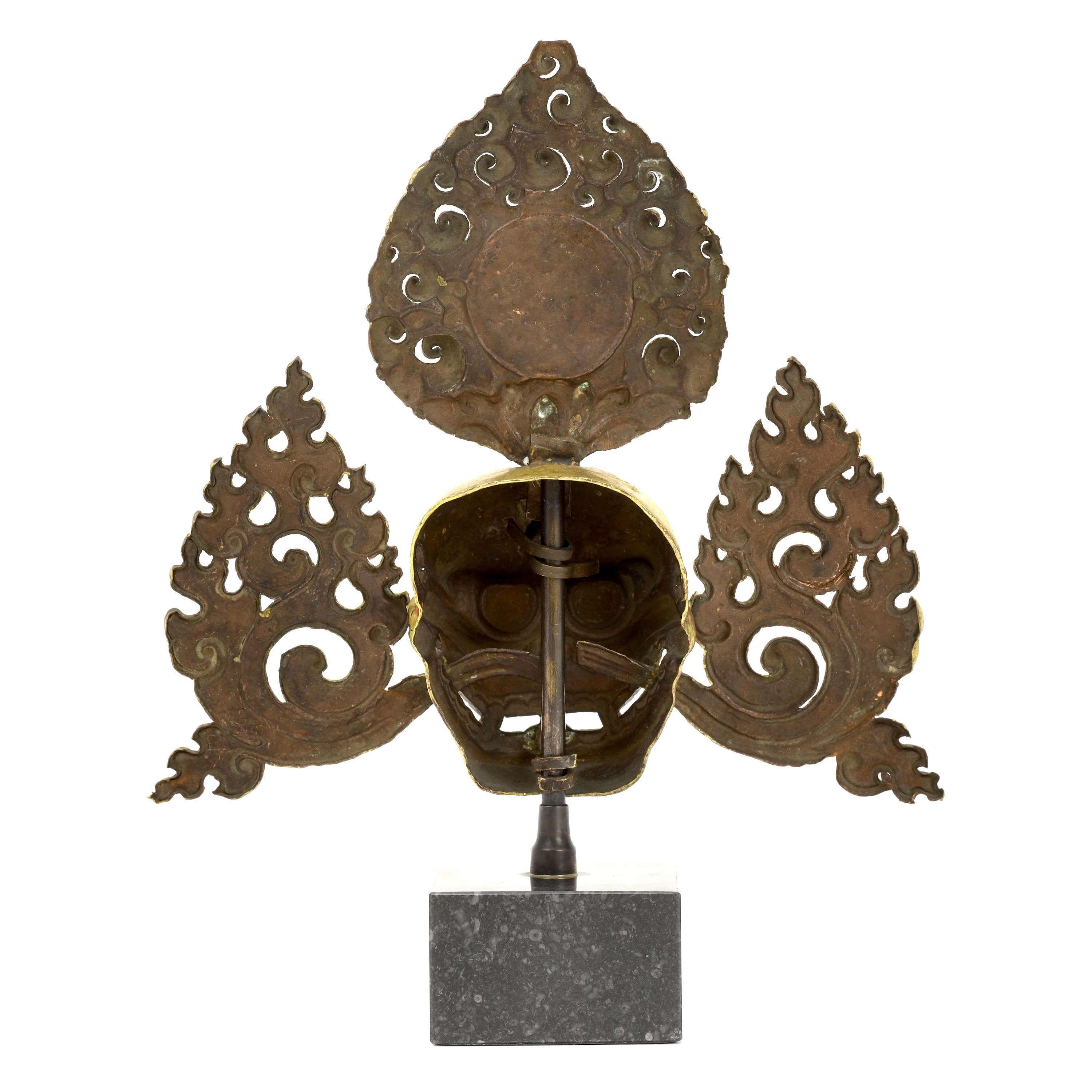 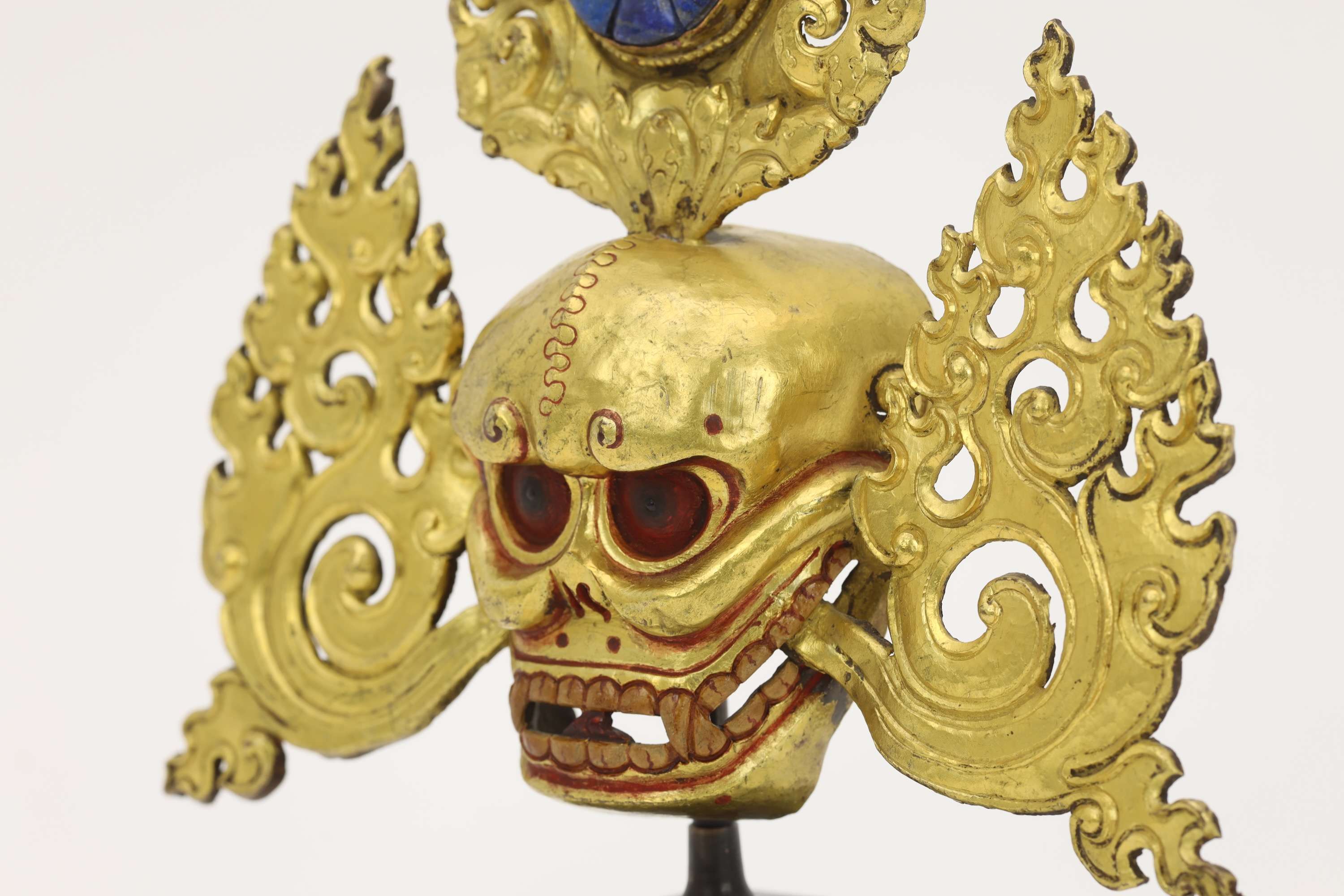 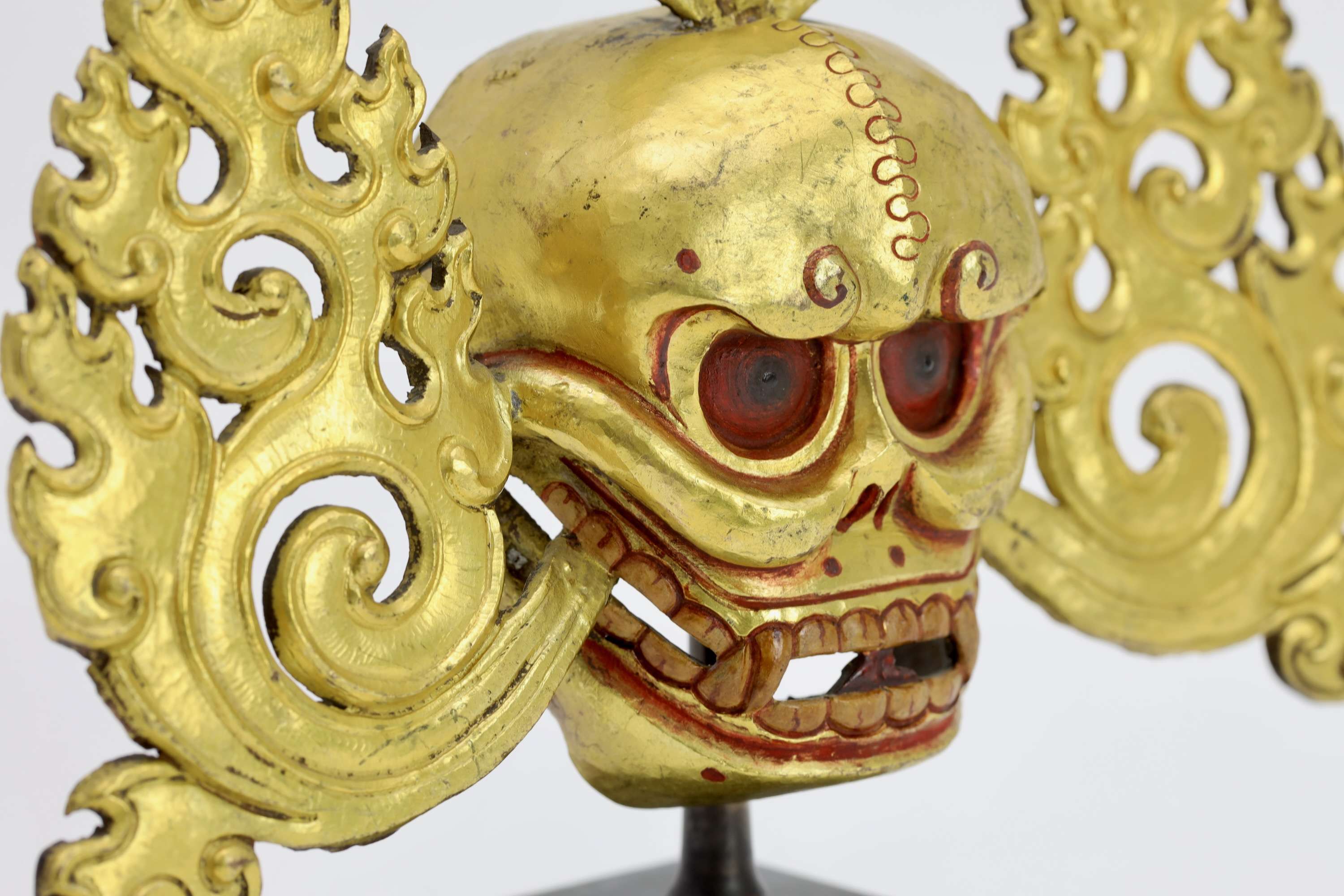 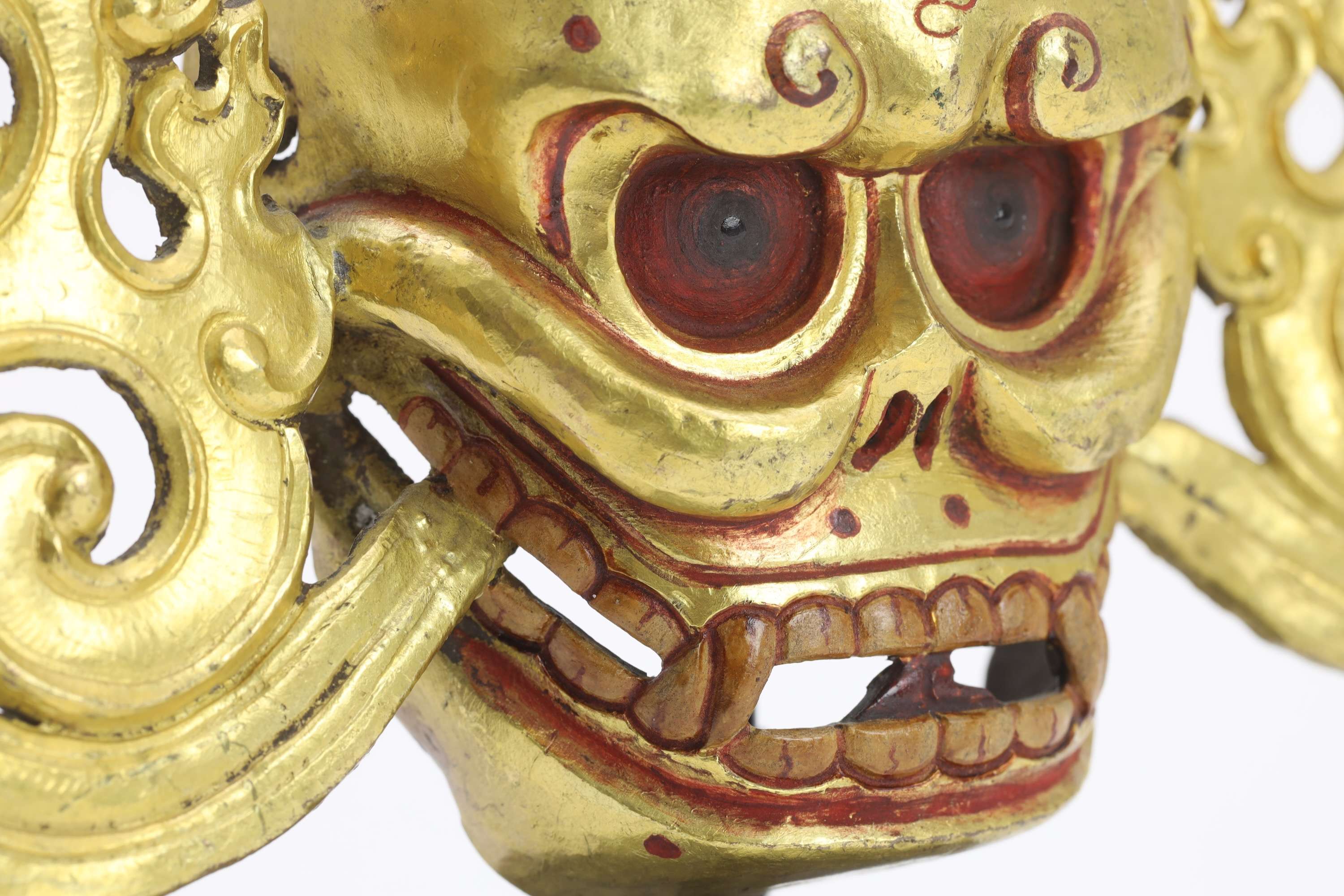 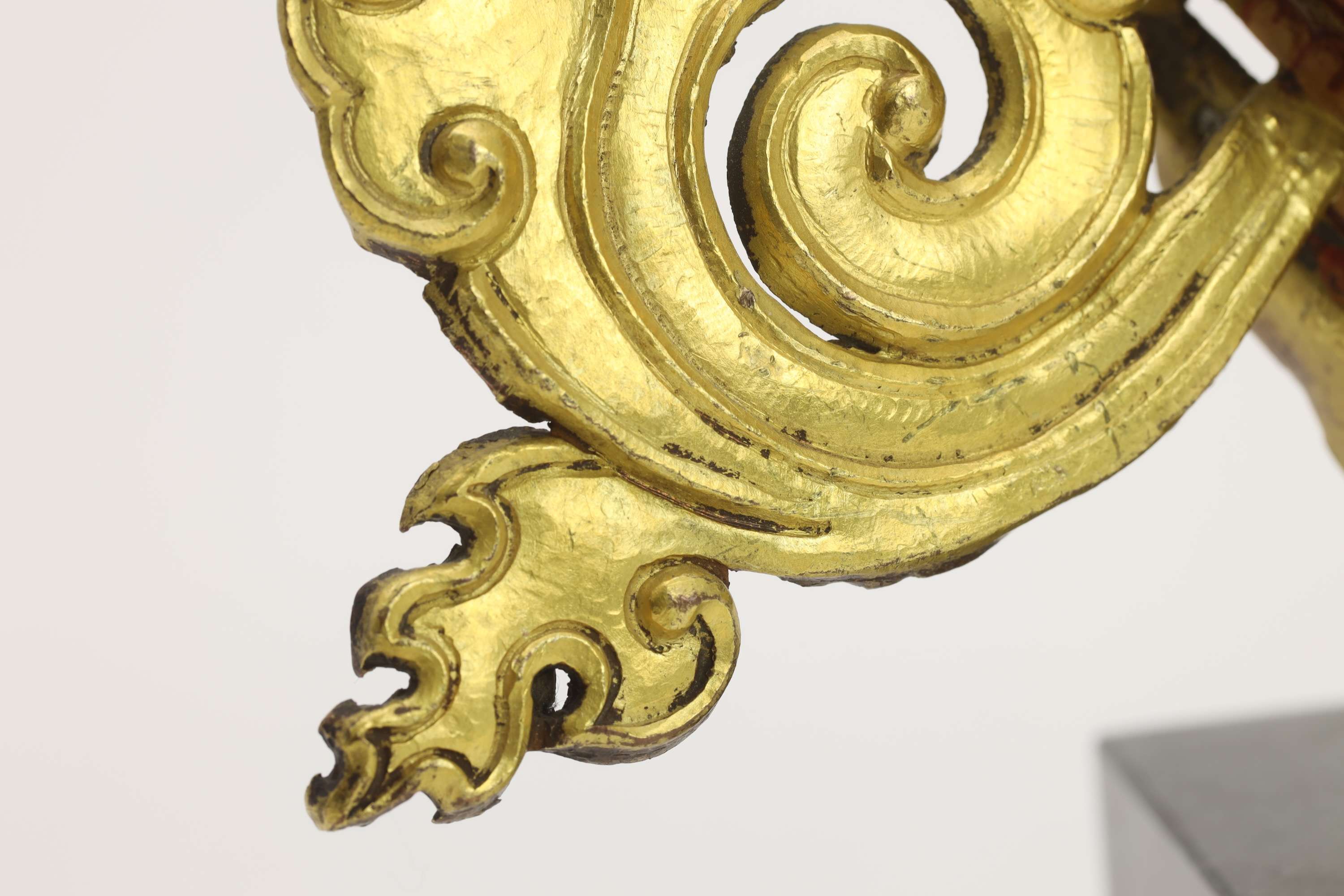 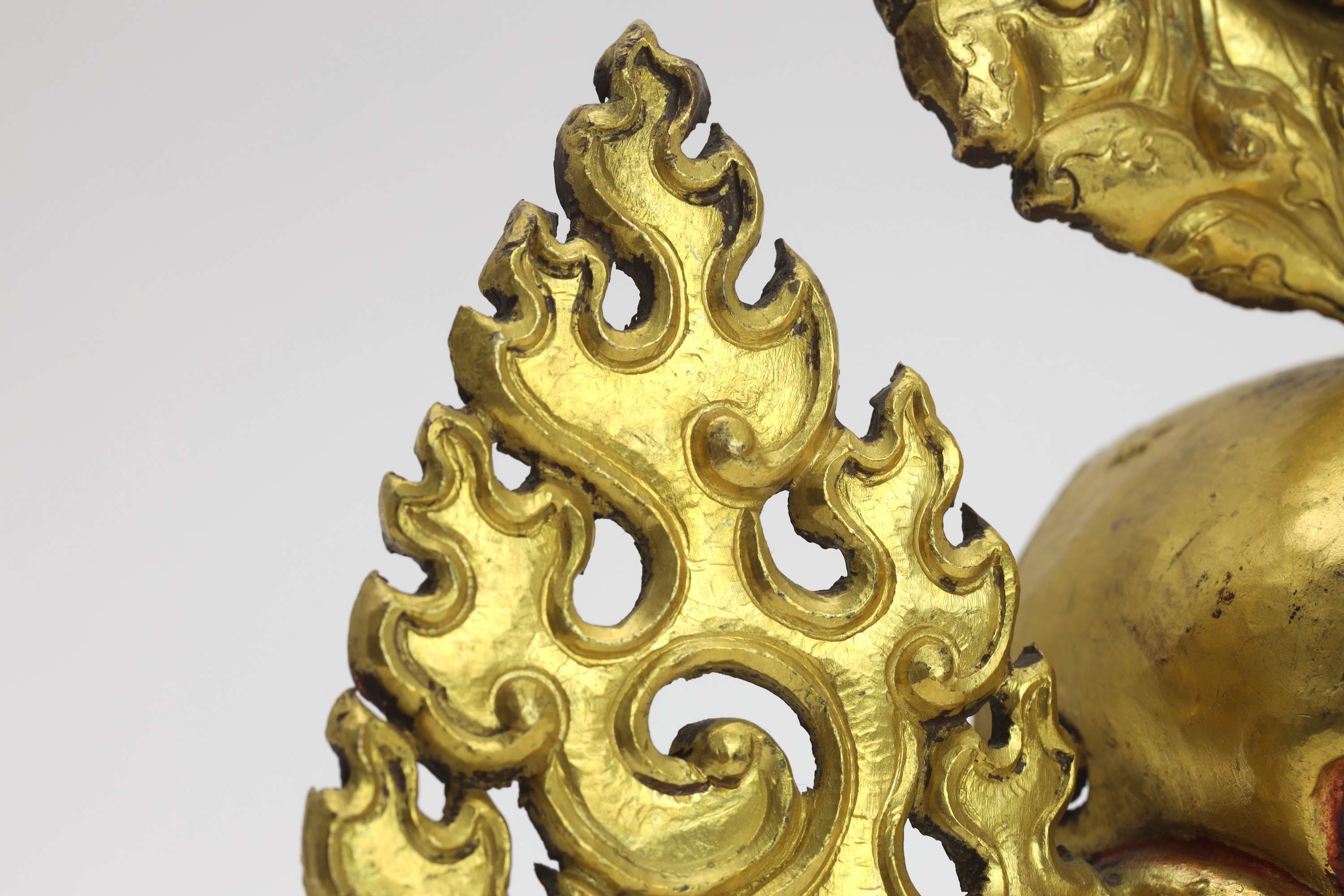 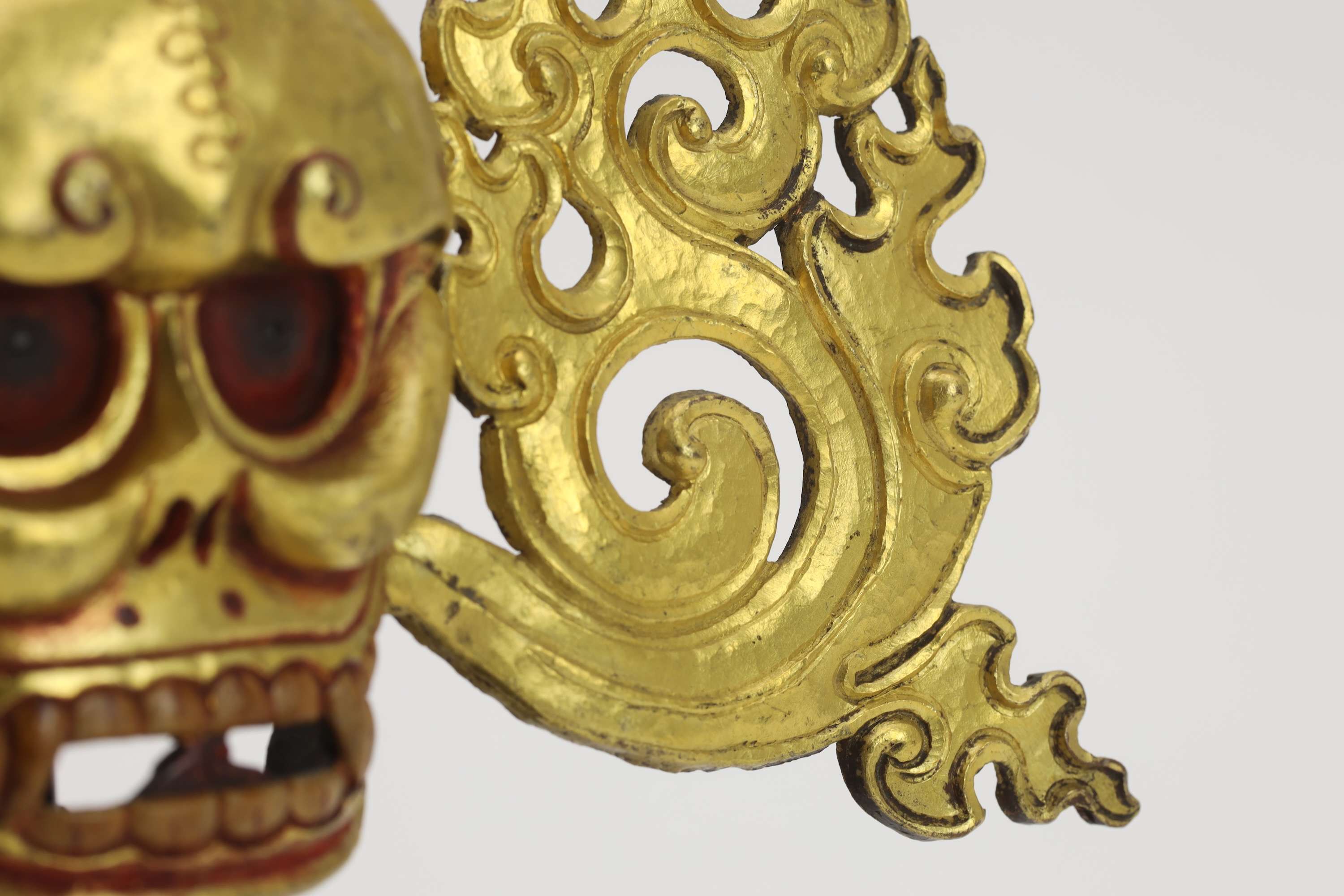 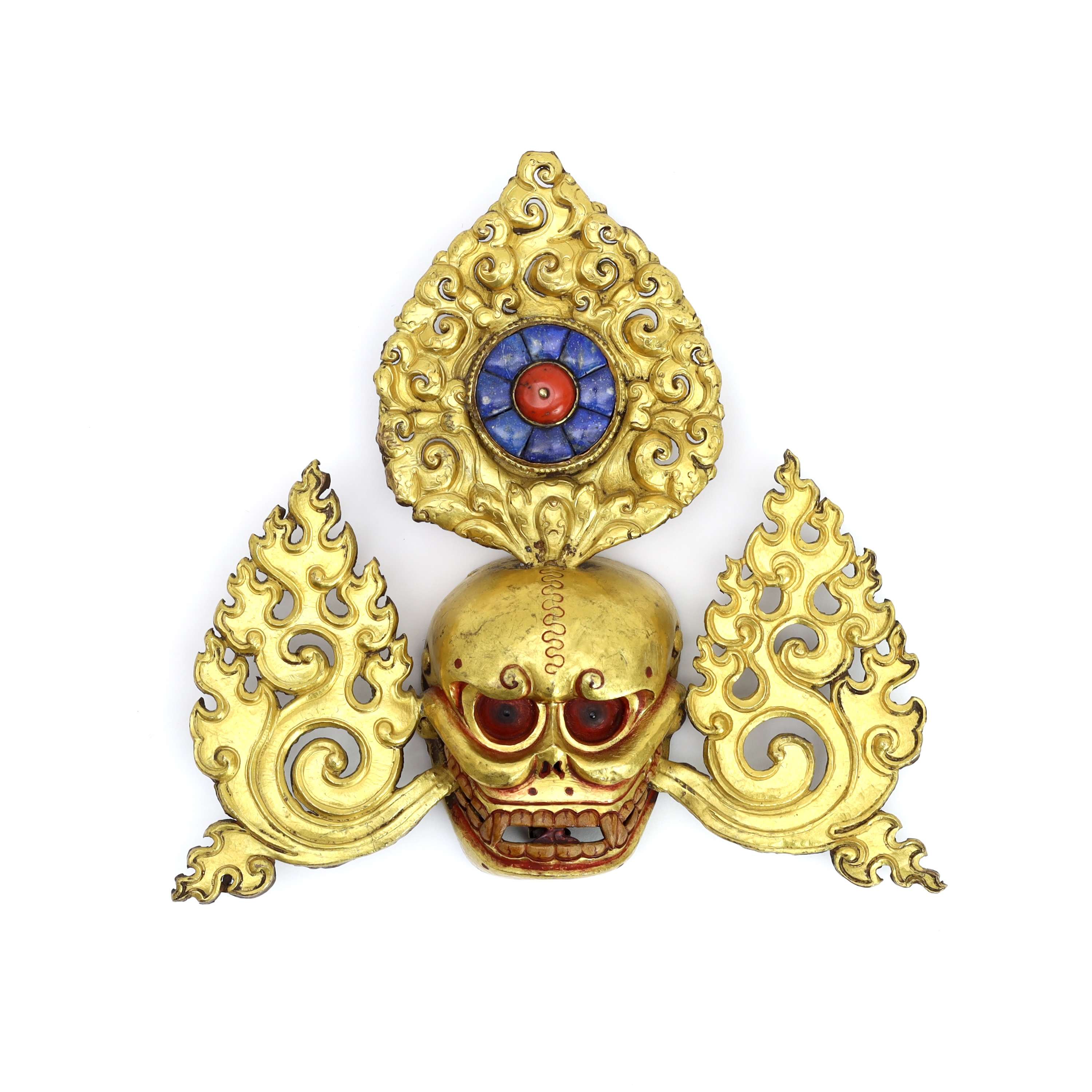