16 cm from center of cross

An Indian talwar with a curved hollow ground blade with a narrow dorsal groove and false backedge. The blade with a brass dot inserted in the blade at the base, visible from both sides. The right side of the forte is stamped with a maker's mark near the base with some abstract stamps further up the blade on the same side. The blade is unrestored but remains in pretty good condition, no nicks, cracks or losses in the blade's contour. The steel is stiff and springy, with only minor pitting. There are traces of a forge folded construction.

It has an interesting iron hilt with pierced, beaded rims that are generally associated with southern Indian arms, like those encountered in the Tanjore armory when it was disbanded in the 19th century. At the same time, the general feel of the piece is more northern and its gold decoration reminds of that seen on the breach of a group of Sikh guns from Lahore.1

The hilt further has a knucklebow resembling the "stirrup hilt" found on European military sabers from the 18th century. The end of the guard is shaped like the head of a parakeet, a common motif on Indian arms. They were revered creatures because like parrots they can learn how to speak and were sometimes able to recite parts of Vedas chanted in temples by worshippers. The bird is also associated with the goddess Andal, a Tamil poet and saint devoted to Vishnu.

The hilt is decorated with gold damascening of floral motifs and there are also remains of golden chevron decor on the inside of the knucklebow.

A hilt with a similar pierced and beaded pommel rim is on a sword that is associated with Mughal emperor Akbar (reigned 1556-1605) that is inscribed with a 1560 A.D. date, now held in Mehrangarh Fort, Jodhpur. Hilts were often interchanged so it is hard to say whether it's from the period, or as late as the 19th century, but the similarity is striking.

Another hint towards Jodhpur is in the overall proportions of the hilt, short and relatively wide, which are typical traits of Jodhpur and the general Marwar area.

An interesting talwar with a rather unusual hilt with pierced and beaded rims, work that reminds of the arms associated with the Tanjore armory. The piece is probably "inspired by" rather than actually made in Tanjore, and was likely made in Jodhpur instead.

Notes
1. The decor is seen on some toradar in the Tareq Museum in Kuwait. One group was collected by James Andrew Broun-Ramsay, the first Marquess of Dalhousie, who served as Governor-General of India from 1848 to 1856. They are attributed to the Sikh, who had their largest arsenal in Lahore, and dated around 1800. See Robert Elgood: Firearms of the Islamic World in the Tareq Museum, Kuwait. I.B. Tauris Publishers. London / New York, 1995. Pages 152-152 and 174-175. 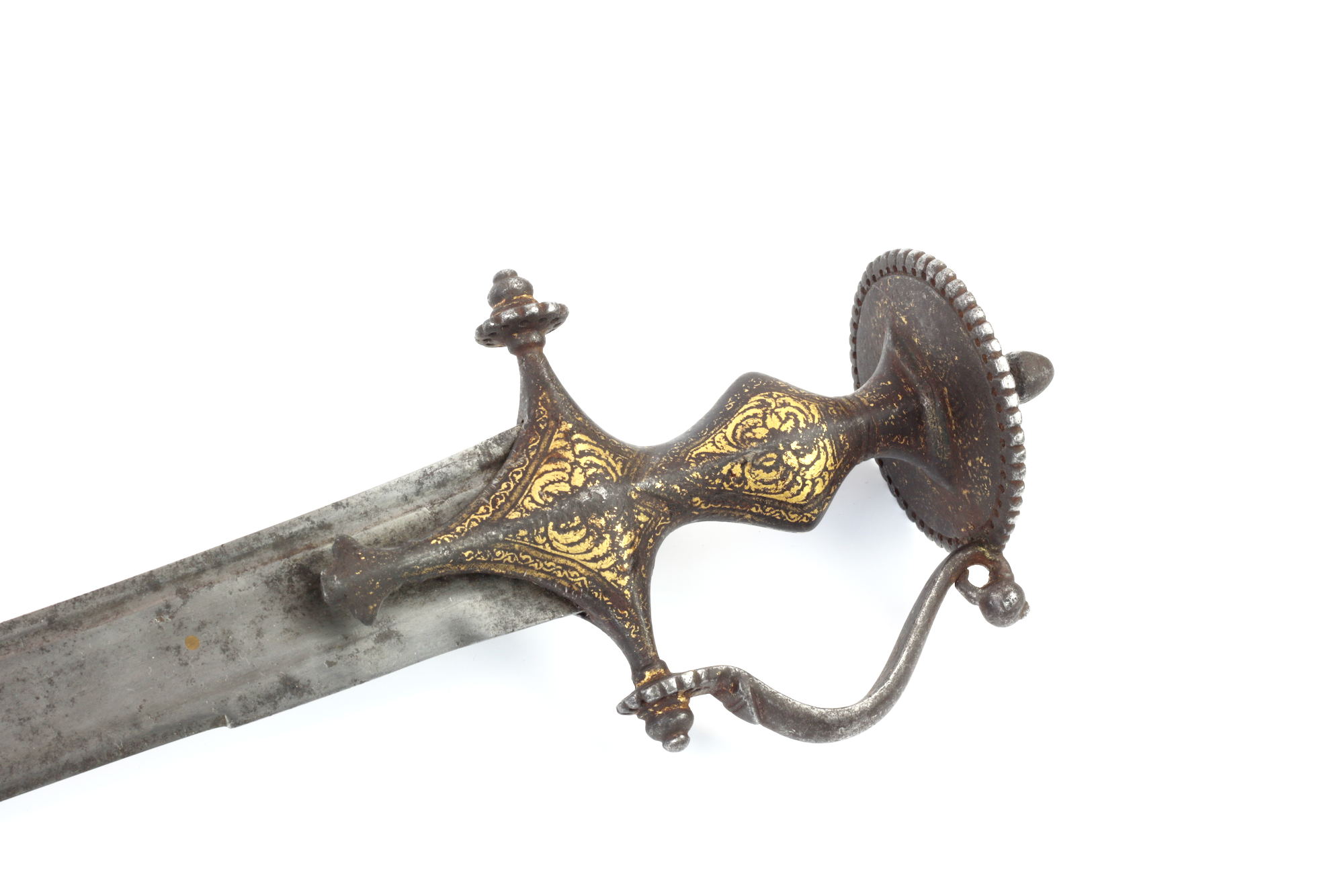 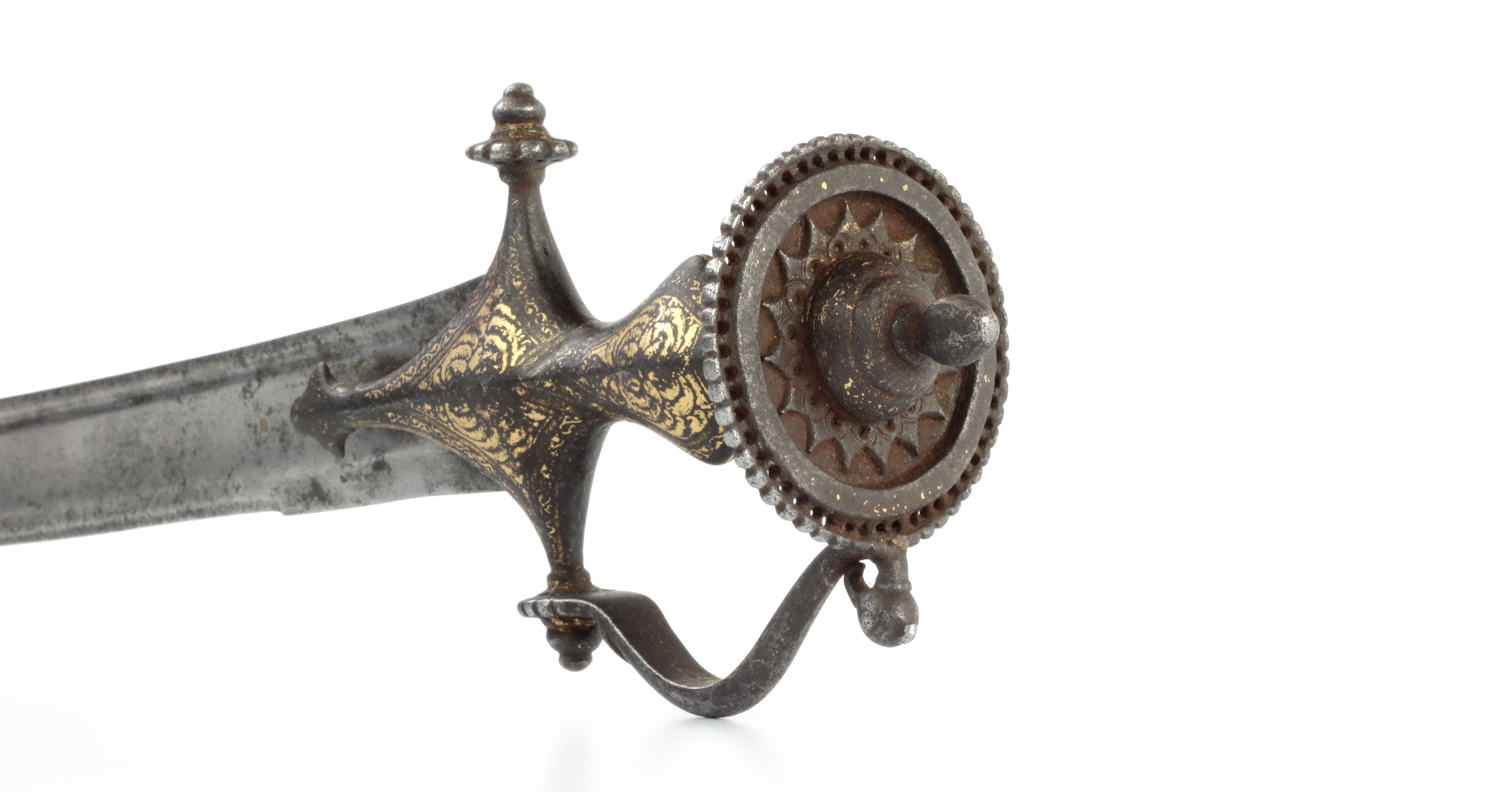 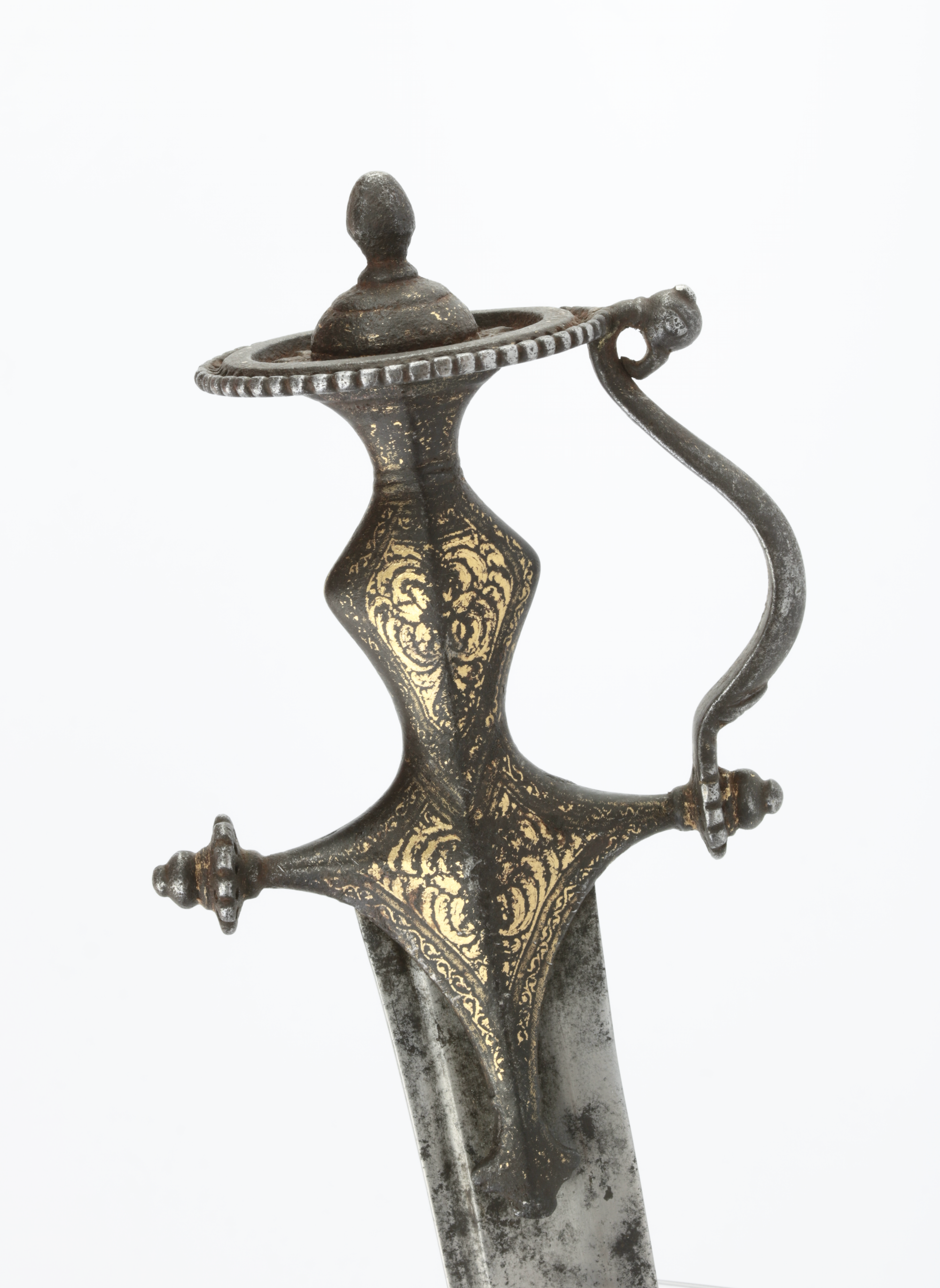 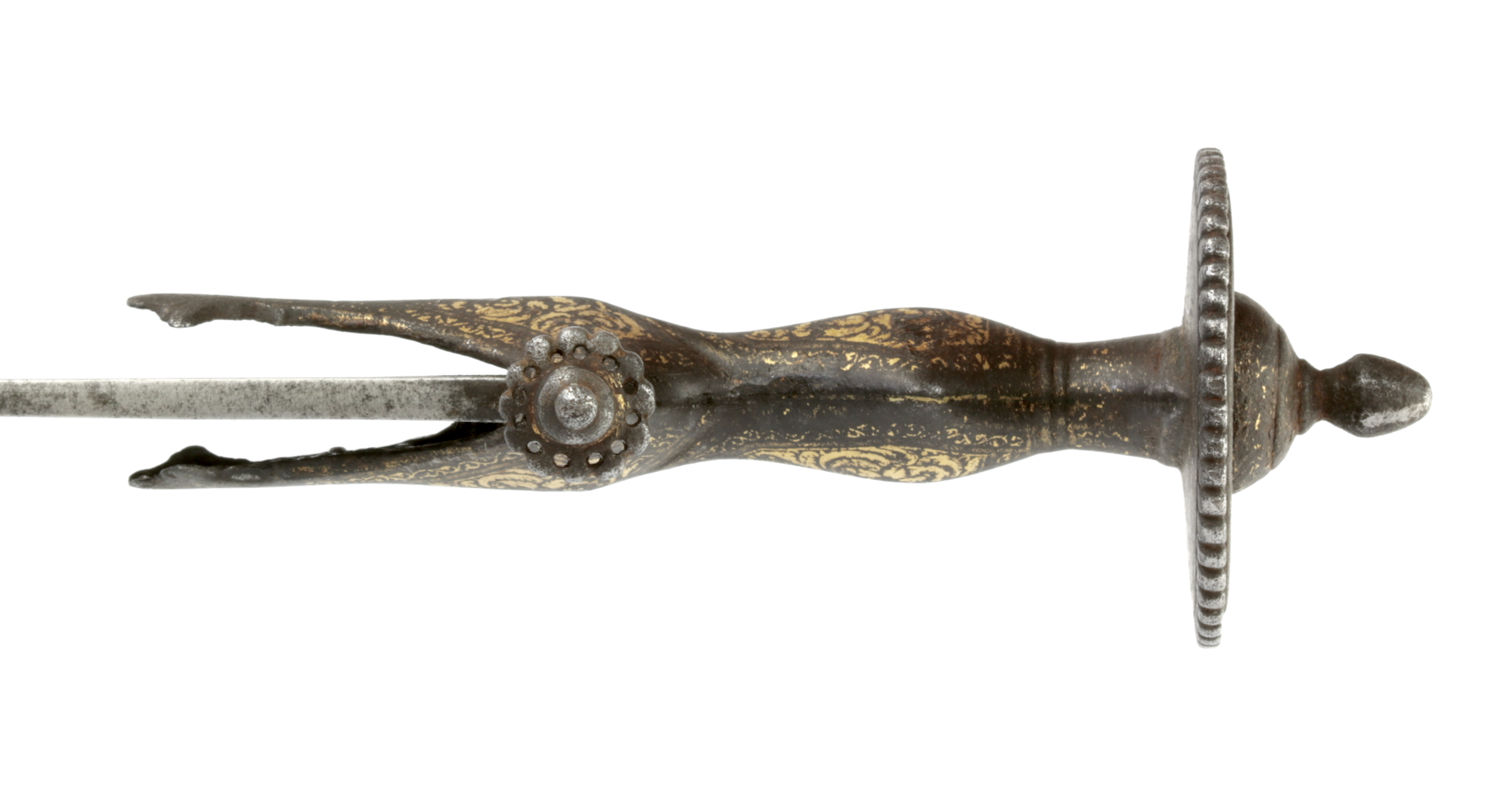 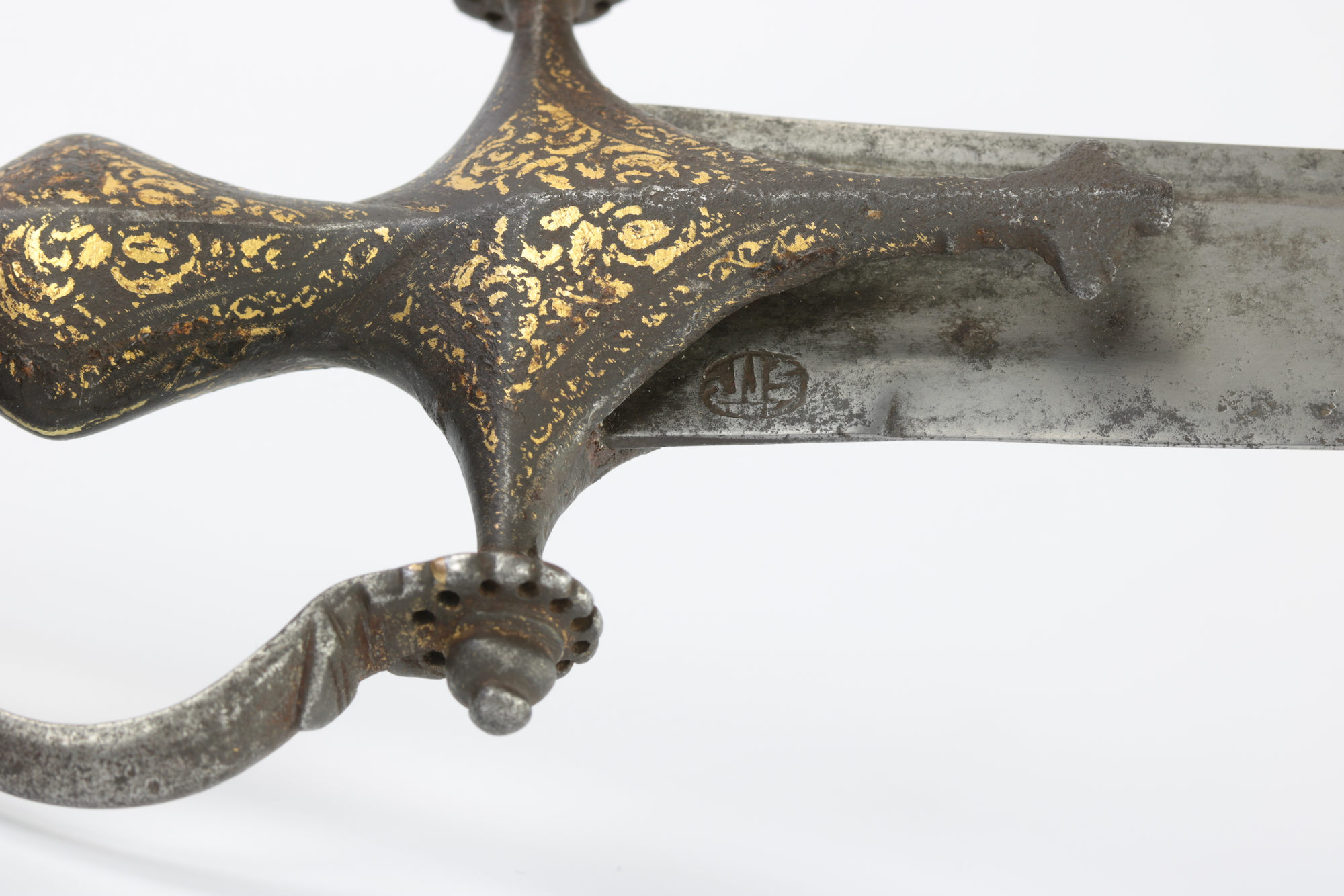 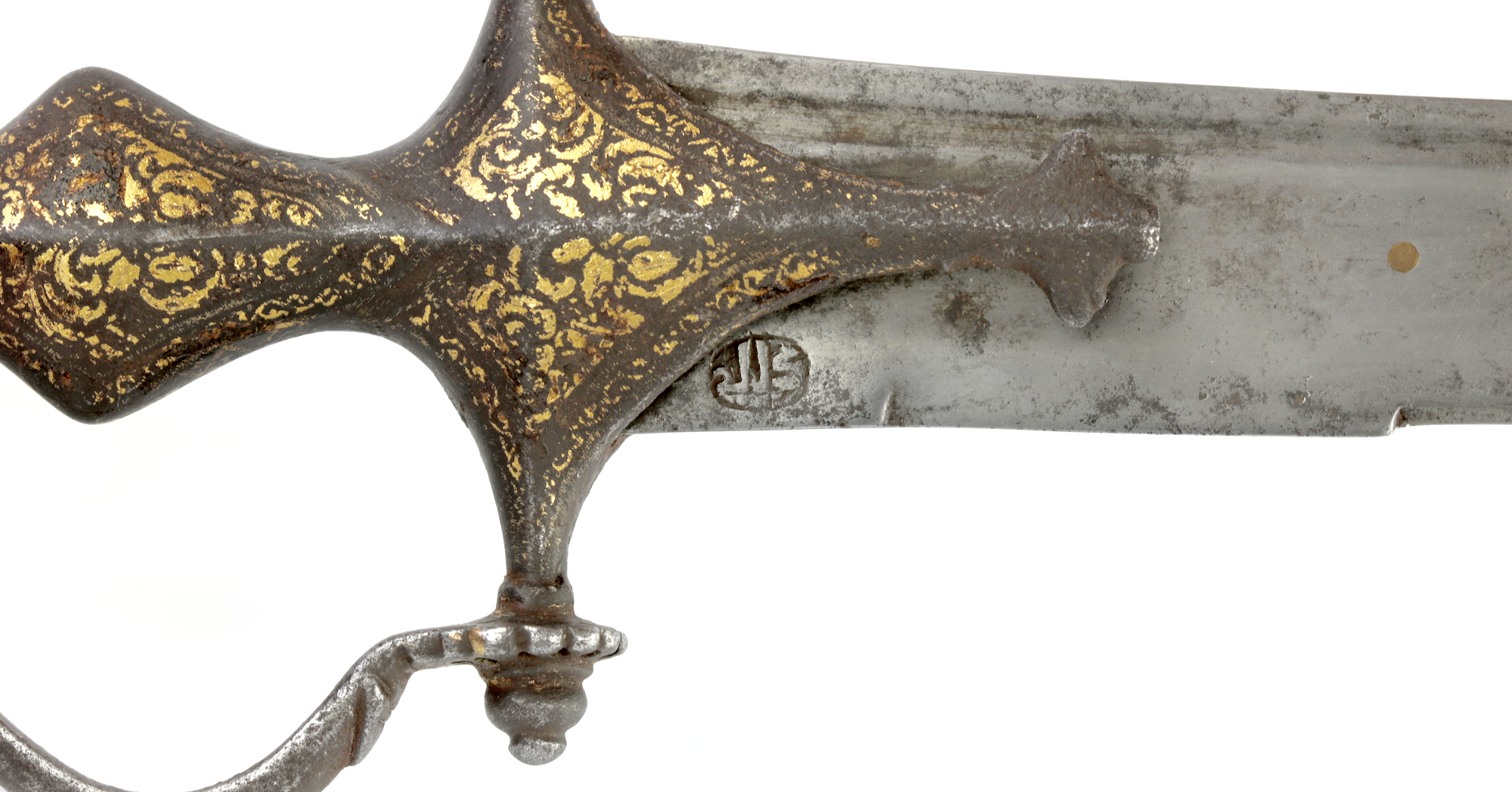 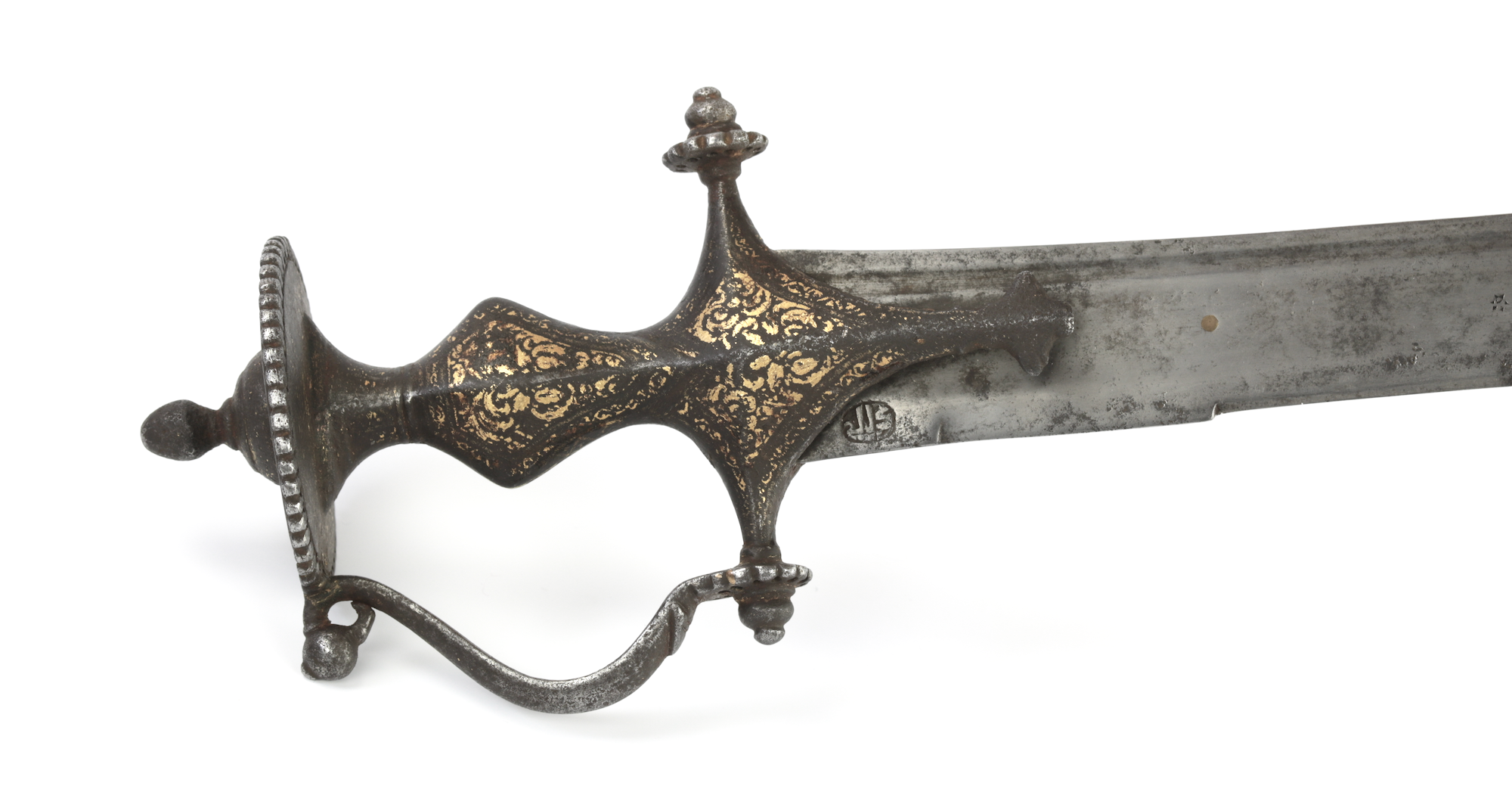 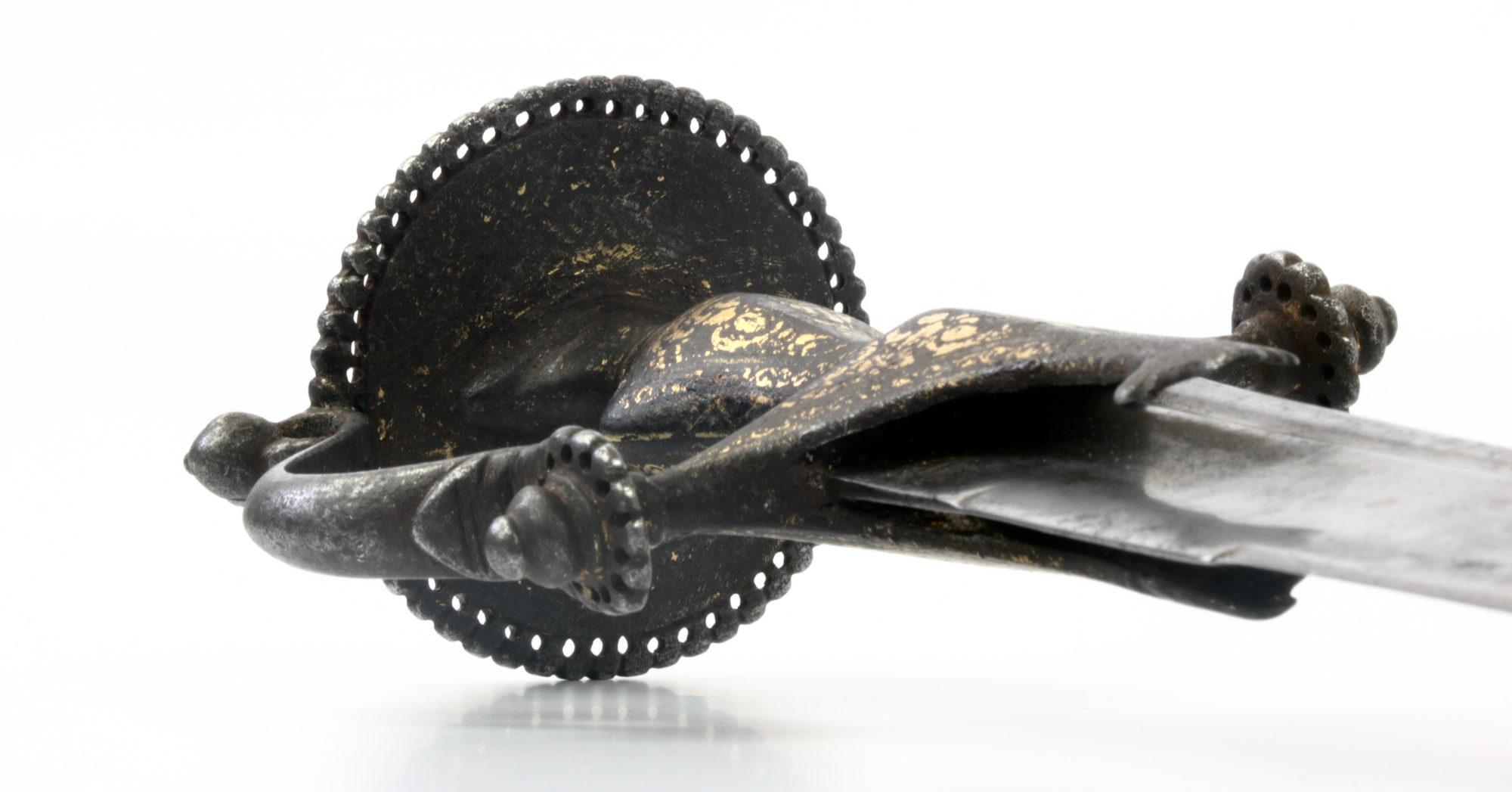 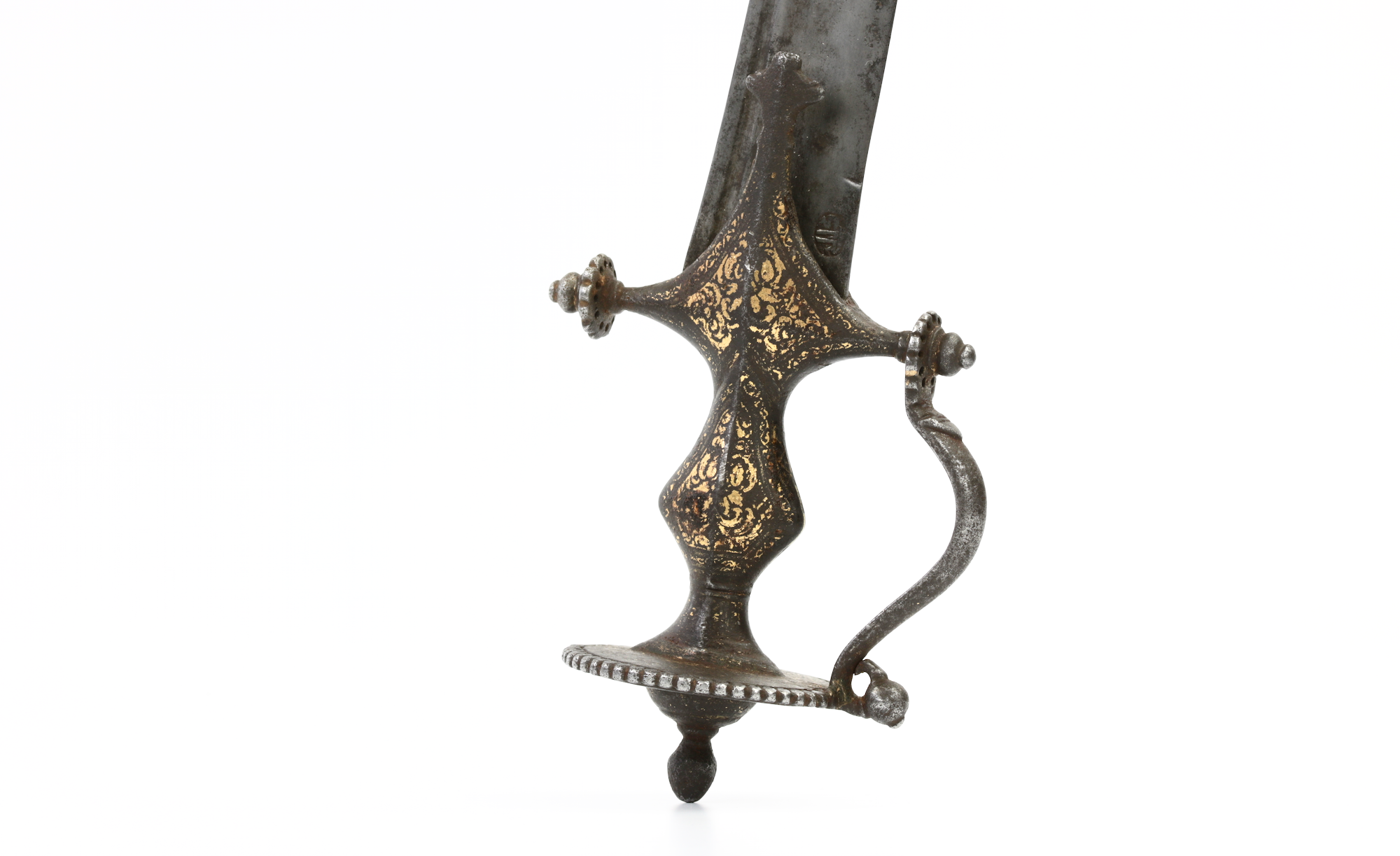