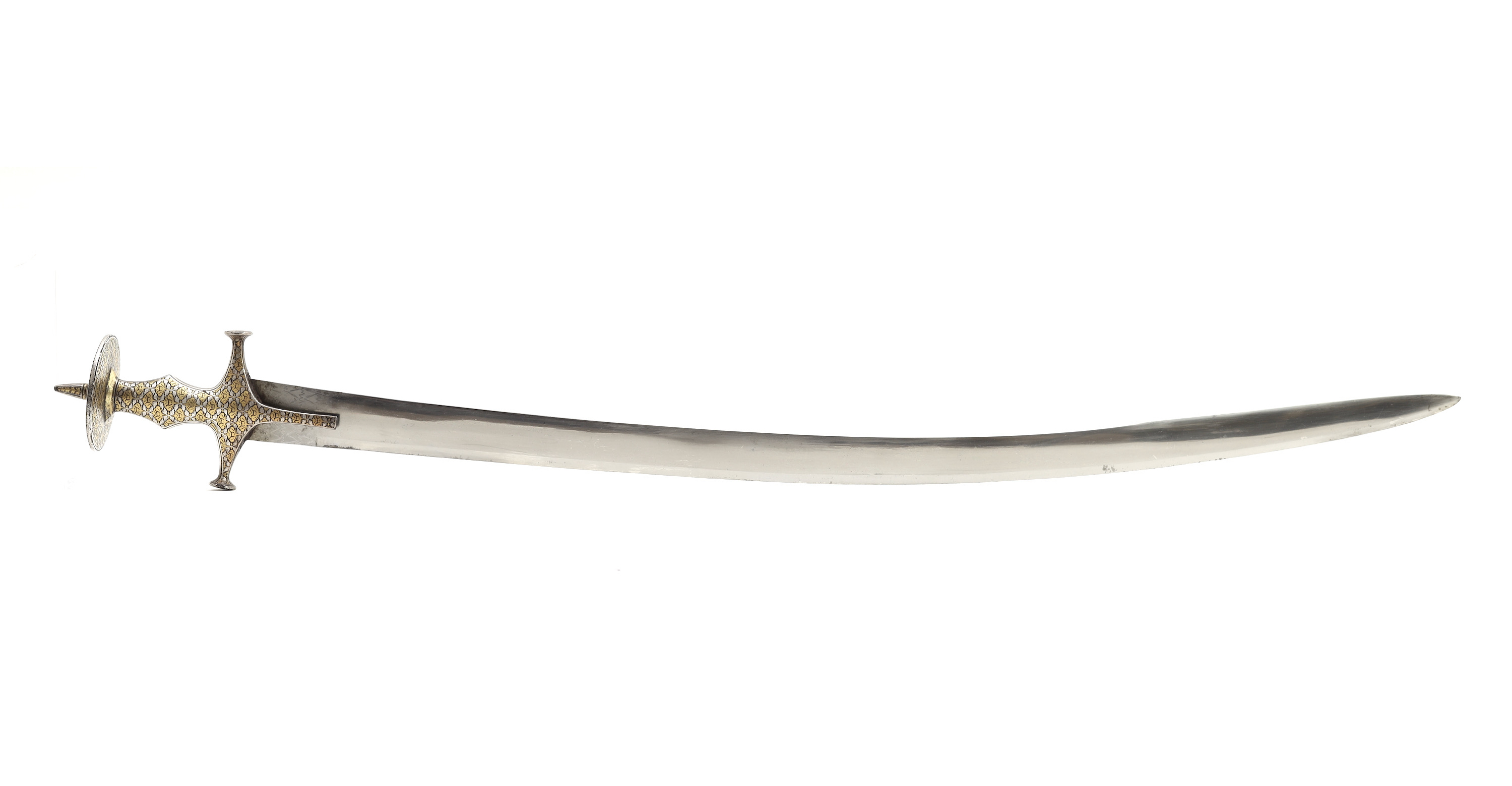 Rajputs were traditionally an Indian warrior caste. Most of them were Hindu, although some later adopted Islam after the Mughals took over. They started martial arts training from a young age and, like the knightly class of Europe, endured many privileges but at the same time were expected to be the first to take up arms and fight for their people when necessary.

Rajasthan, previously called Rajputana, "Land of the Rajputs", was ruled by several powerful Rajput clans, each with their own smaller or larger kingdoms. One of the largest was the Kingdom of Marwar with its capital Jodhpur, ruled by the Rathore Rajputs. In the mid 15th century, the son of the king of Jodhpur ventured north and founded the state of Bikaner.

Despite the family ties, Marwar and Bikaner have long been hostile towards each other and engaged in fierce battles. Bikaner was an early and close ally of the Mughals, while Marwar was fighting for independence. Tensions cooled off in the mid 18th century when a new enemy, the Marathas, emerged that provided a serious threat for both. By 1756 the Marathas had captured the Mughal seat of power, Delhi, and were in control of Lahore. The Rajputs meanwhile were trying to forge alliances to oppose them.1

A fine Rajput talwar. The thick blade with a slender profile, moderate curvature, and long raised edge is typical for quality talwar of the region in the 17th to mid 18th century. The type is often called Sirohi by collectors today, after the town that supposedly made them, but the literature usually describes Sirohi swords as being of all kinds of forms, but often rather light, and this type is certainly not light.

Most were made of prized wootz steel, but other than following the Persian tradition of etching the wootz to a high contrast, this type of blade was typically burnished to a bright mirror polish so the pattern is not visible. Each burnisher would mark the base of the blade with his own style markings, which tells the connoisseur that the sword is still in its original finish. Many collectors over the ages have etched these blades, looking for the wootz patterns. This blade is a rare example of one still in untouched condition, with its original burnisher’s marks.

A blade of this exact type carries markings that attribute it to Mughal Emperor Aurangzeb (reigned 1658-1707). It was acquired by Arthur Wellesley who would later become Duke of Wellington, probably during the Maratha War of 1803-1805. It is now housed in Apsley House.1

The hilt is of typical Marwari style called Karan shāhī with a large disc guard and crossguard with flat ends. The back has a long spike and the underside of the pommel has a sunburst motif that refers to the Rajput myth of origin, where their ancestor rose from fire. It is entirely covered with fine overlay in gold and silver depicting stylised flowers. The combination of gold and silver is also referred to as Ganga-Jamni. The execution of the work is very good.

"It is most common to use only gold or gold leaf for the prominent portions of a work, the sides and back parts being often done in silver, but both metals are frequently employed together with good effect, the silver threading in and out amongst the gold. Such a combination is styled Ganga - Jamni, from its supposed resemblance to the mingling of the dark waters of the Jamna with the muddy stream of the Ganges at the Triveni, or their point of union with the mystic Sarasvati below the fort at Allahabad. Although the Punjab is so prominent for damascening, the most artistic work is done in Rajputana, or wherever the Rajput lives."

It comes with its original purple velvet-covered scabbard with metallic ribbon decoration. It is currently split and needs care.

On the spine of the blade is a long inscription in Devanagari script:

1812 samvat converts to 1756 A.D.  The style of writing is Marwari, as is the sword itself with its typical Karan shāhī style hilt. “The mother manifested” refers to Durga the Warrior Goddess, and hints towards the talwar being presented in the name of Durga.

There is a painting of Diwan Bakhtawar Singh by Sahabdin of Bikaner, dated samvat 1822, or 1764 A.D. From “The Indian Portrait”: 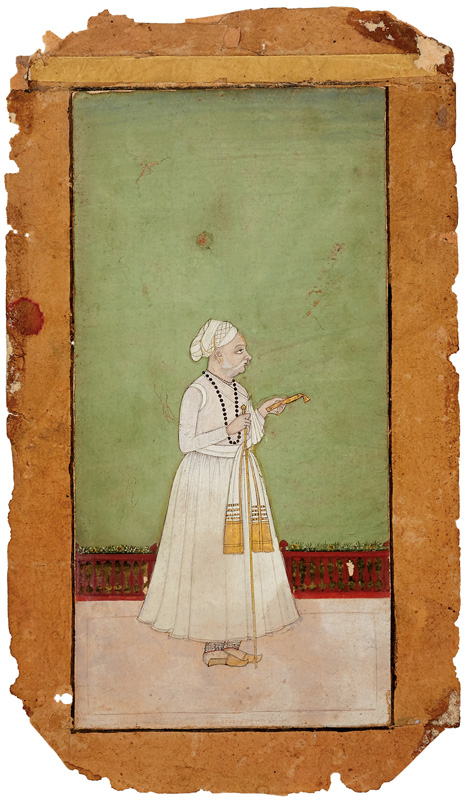 This sword was part of the hoard of arms and armor that was sold off from the Bikaner armory in the 1990s and dispersed through British dealers. Many of the items made it to notable private and museum collections since. This talwar was published in Robert Elgood's Rajput arms & Armour. A misreading of Mohta to Maharajah lead the author to attribute the sword to Maharajah Bakht Singh of Marwar. However, Bakht Singh passed away in 1752, years before the presentation of this sword in 1756.2

This sword is notable for its high quality and very good condition, the retaining of much the original blade finish and burnisher’s marks. The dated inscription makes it attributable to a powerful Dewan of Bikaner, who served the city's greatest ruler since Anup Singh. 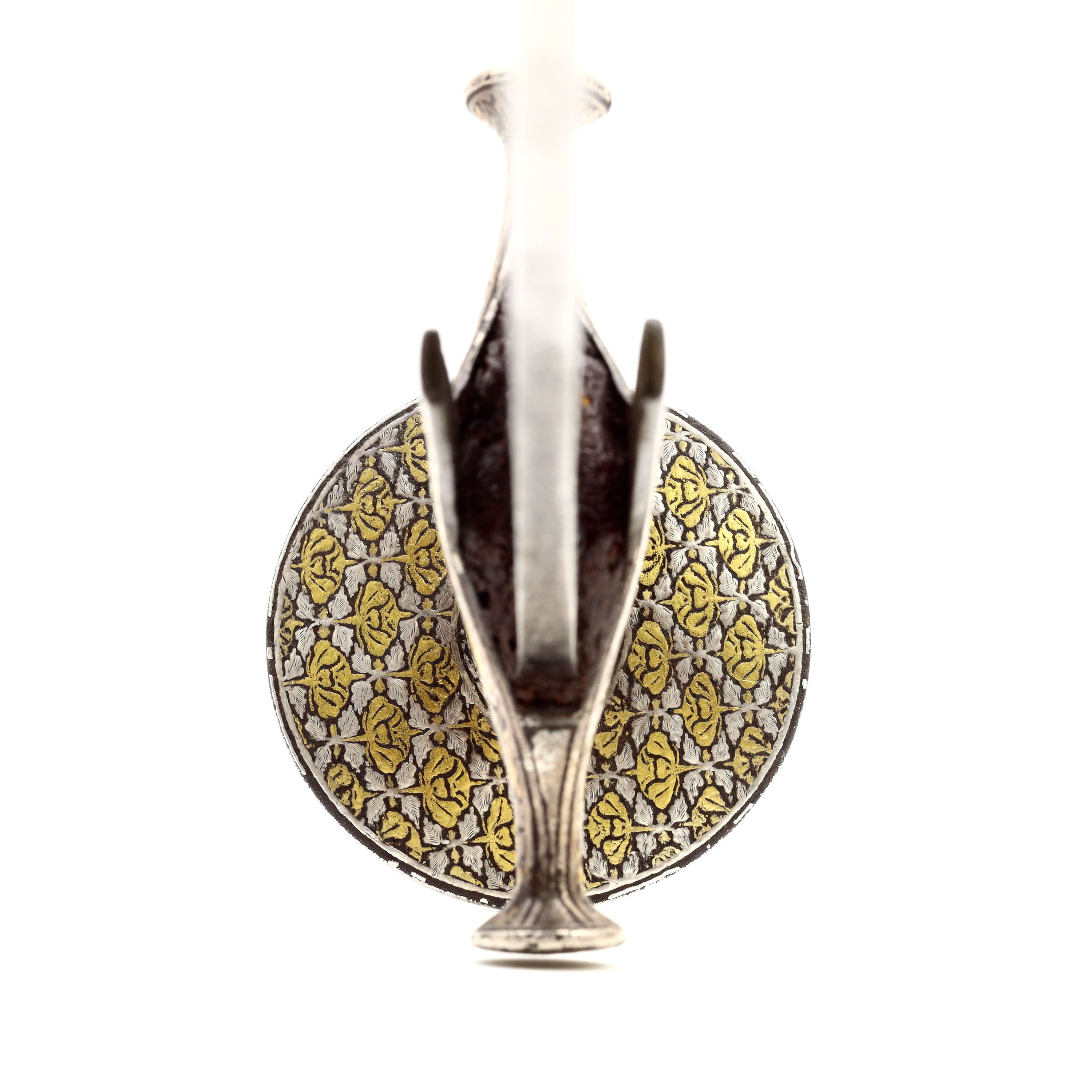