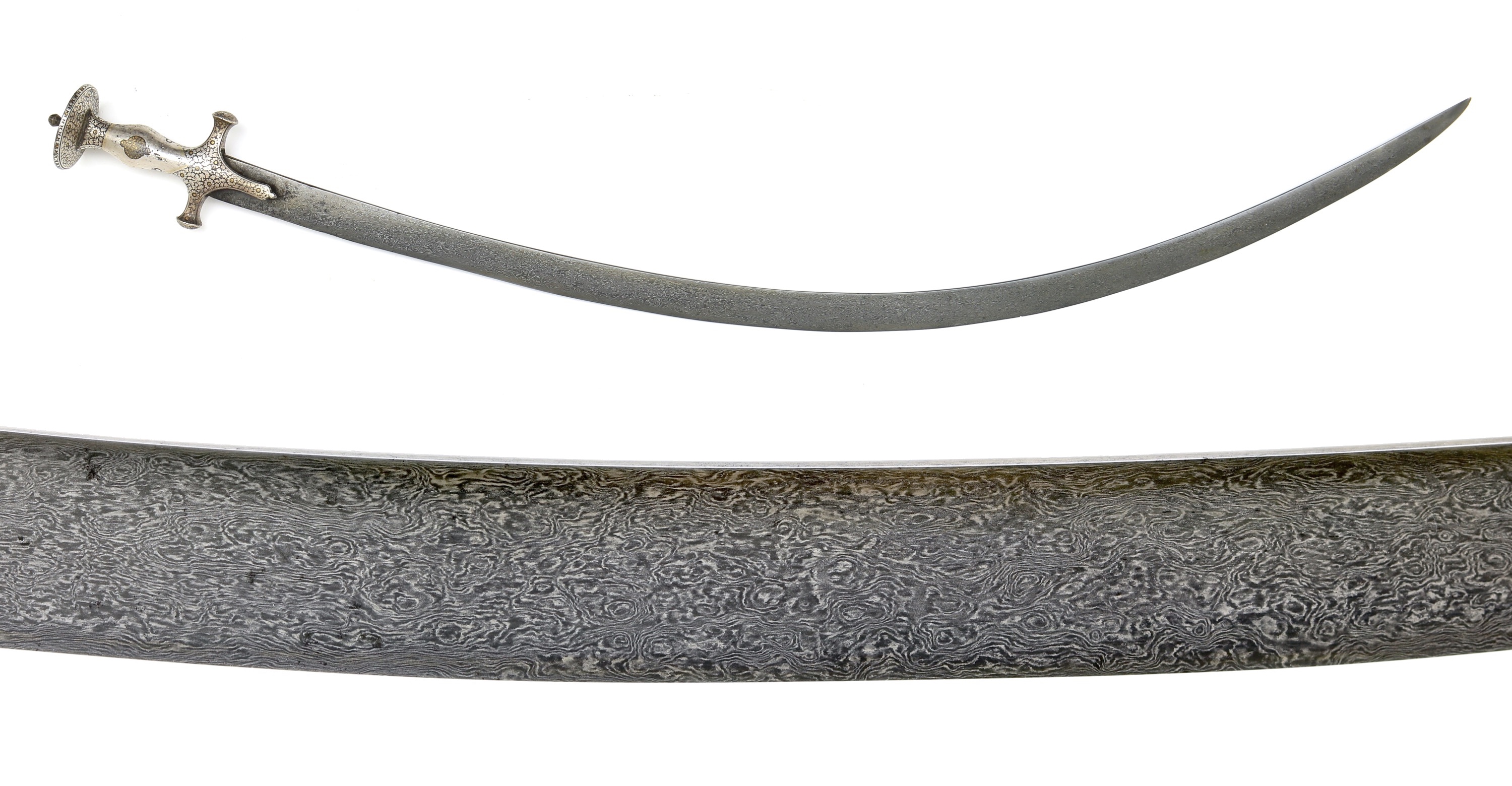 Persian culture had a profound influence on surrounding cultures, including that of north India to its east and as far west as the Ottoman empire. Persian steel in particular was prized. Wootz steel, a fine and prized type of crucible steel that exhibits fine patterns, was originally invented in south India but the material was initially mostly prized for its properties, and not for its appearance. So wootz swords in India were often just polished bright, the pattern not visible to the naked eye.

It were the Persians that eventually developed a high degree of appreciation of the aesthetics of wootz steel, and who started to make beautiful high-contrast wootz that readily showed off its pattern. This type of wootz was called kara khorasan after its place of manufacture. It is also known as "brilliant black" among English speaking collectors. Such blades became a very popular import into north India, in particular in the Punjab and Rajasthan. Trade consisted either of billets that were worked into typical Indian forms of weapons like katar or talwar, or in the form of complete blades that were provided with Indian hilts.

Consisting of a large and very good Persian shamshir blade, with of deep curvature. The blade is very well made, ground to precision with very smooth surfaces. It is made of very high contrast wootz steel in shades of grey and black. The blade is unusual in its size and the consistency of its pattern all the way from forte to tip, the pattern getting ever finer as the blade tapers to its sharp point.

It is mounted in an iron talwar hilt of hakim khāni style.1 It is covered almost completely with silver foil. It is richly decorated with flowers in a heavily Persian inspired style. Each flower head a golden heart. At the center of the grip is a decorative medallion in gold on either side.

A similar hilt is seen on two published swords in the armory of Mehrangarh fortress, Jodhpur. One a firanghi short sword and another on a kirach. The hilts are described by Elgood as Punjabi style, and as being "well represented in the armoury". The firanghi had been on view in the 1911 Delhi Durbar exhibition.2

Some isolated patches of staining due to corrosion, one tiny nick two thirds up the blade. The pattern could be brought out even better by a polish by Philip Tom. Hilt in pretty good condition, with some of the usual age-related wear and tear. Some blistering where rust had formed under the silver. See photos.

A very fine quality Persian shamshir blade mounted in a 19th-century talwar hilt with strong Persian influenced design that is associated with the Punjab region. An impressive piece. 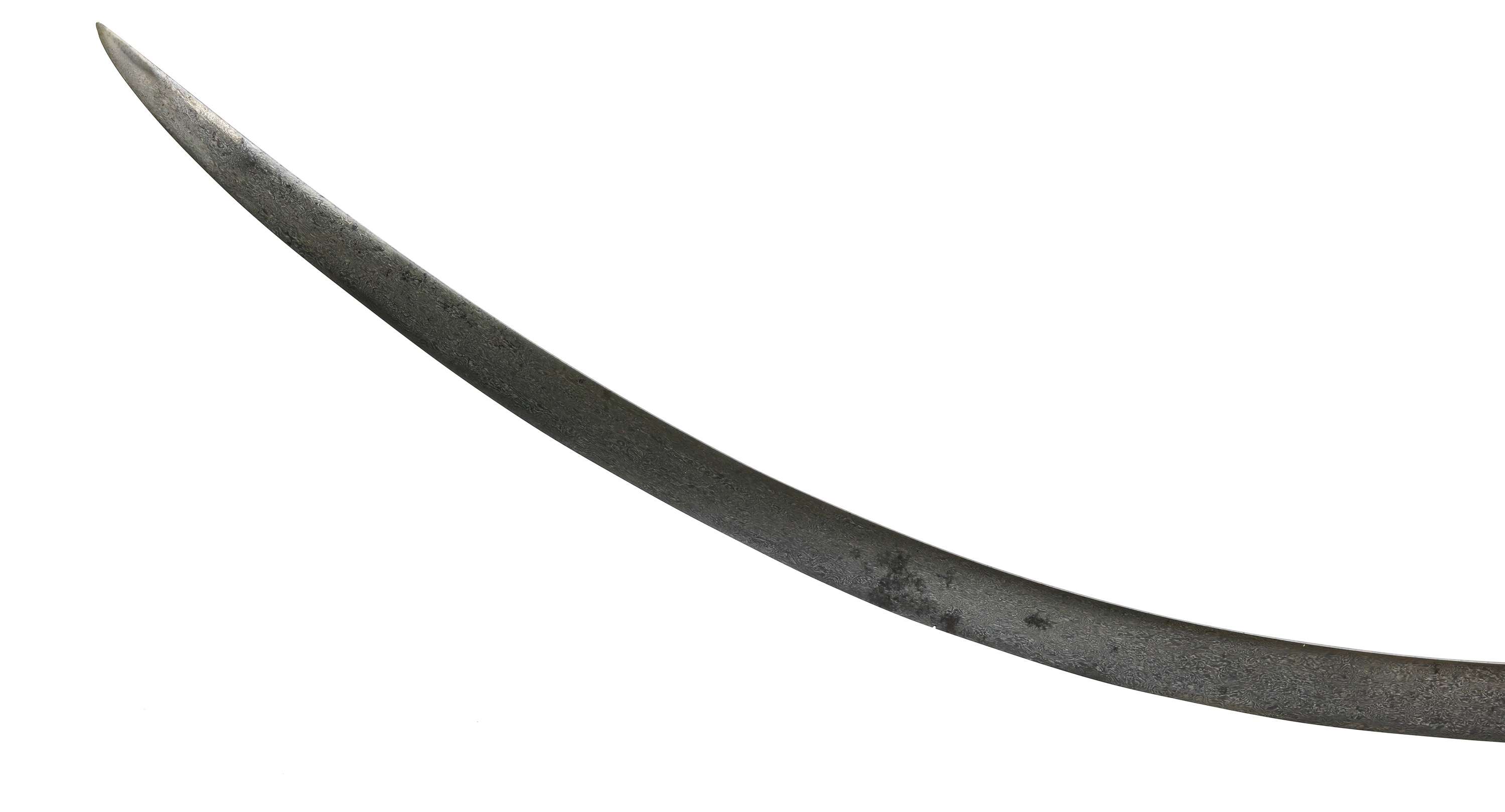 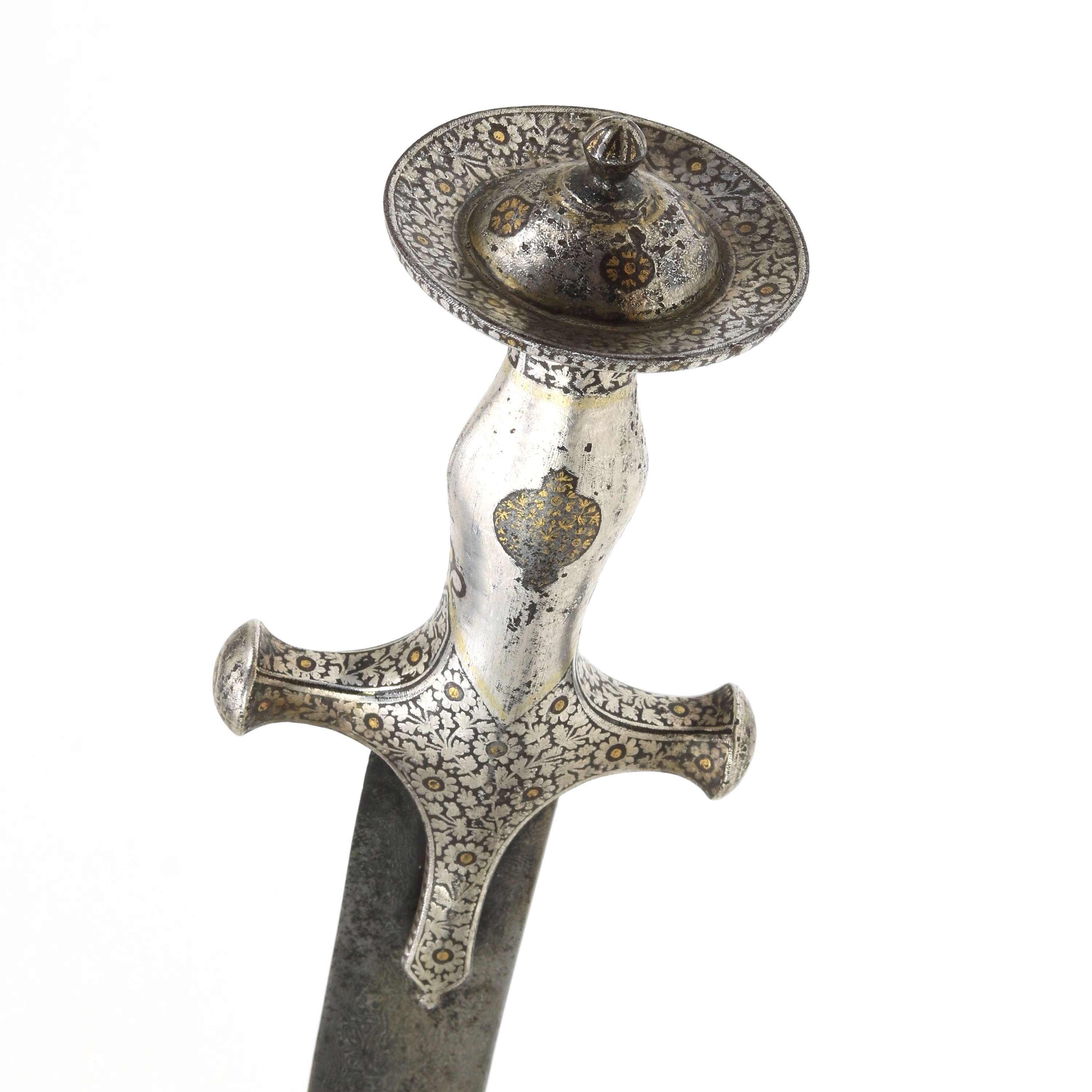