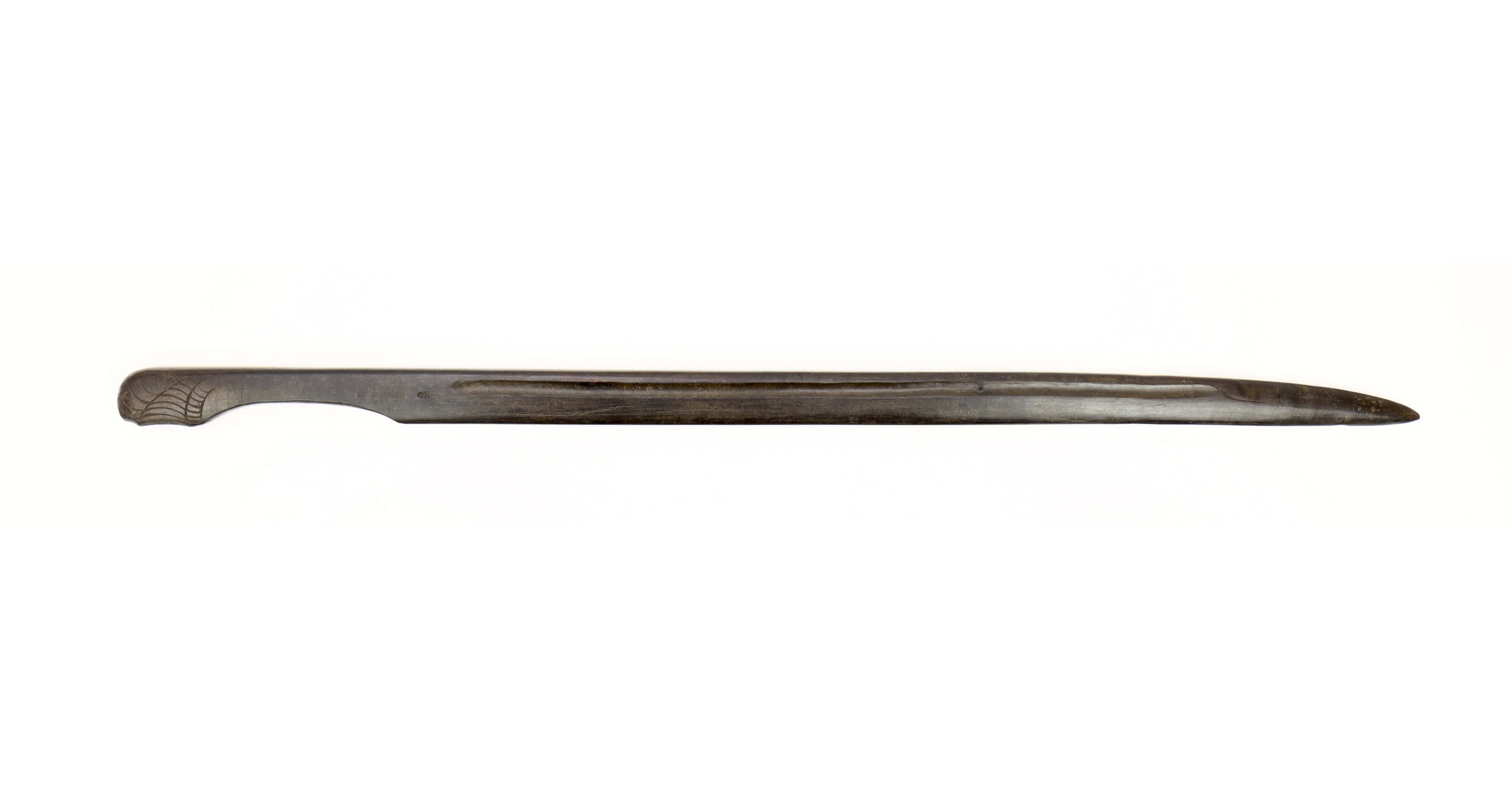 From a Dutch collector

An interesting sword club. Made of a heavy, dense almost black hardwood. Its long blade extends for 78 cm, with a semi-sharp single edge. It has a deep groove on either side, ending just before a sharp back bevel leads into the tip.

Between the groove end and back bevel is a small engraved line. It reminded me of such lines occasionally seen on Chinese sabers, particularly those of the 17th century. I wonder whether whoever carved this club was inspired by one. 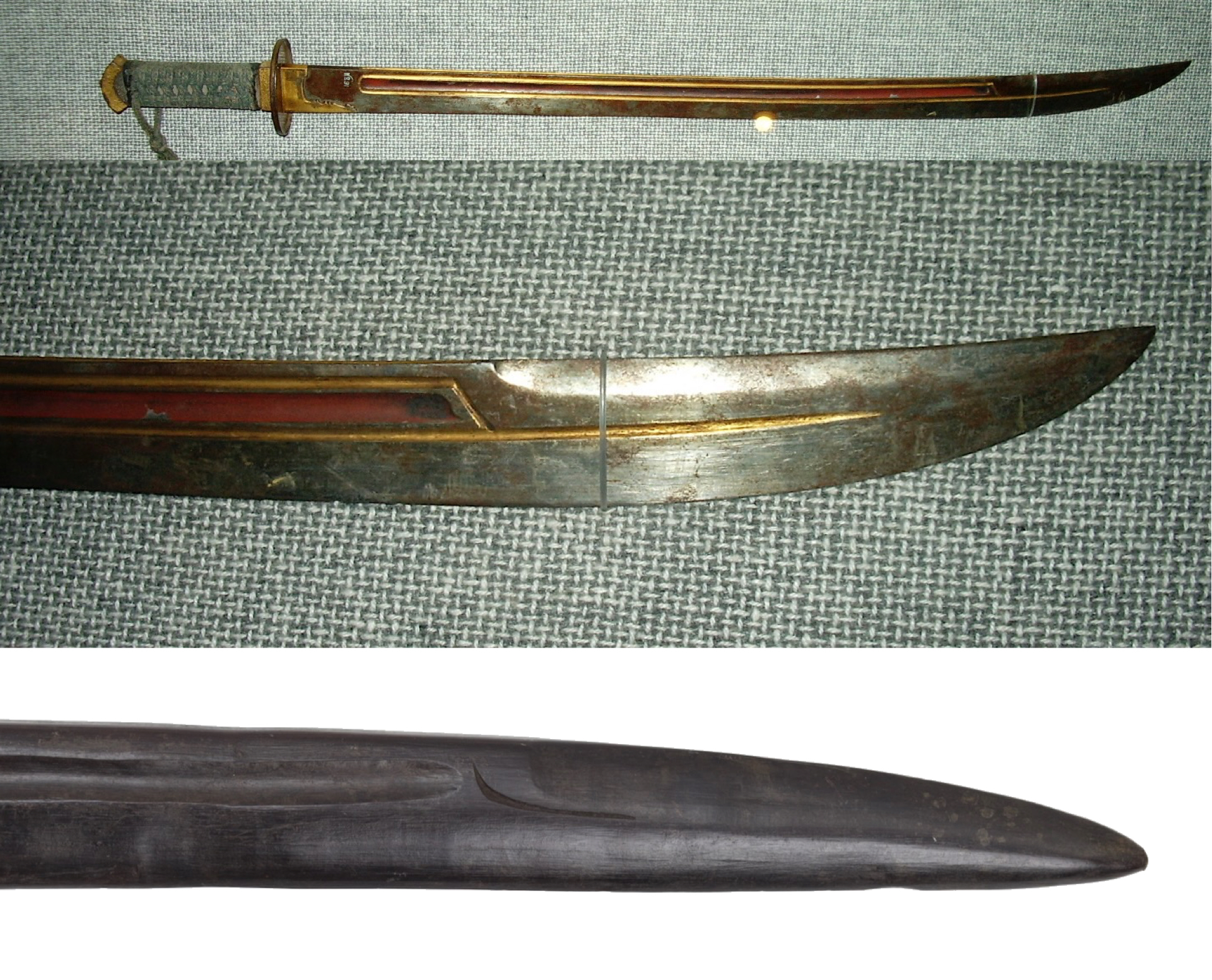 A 17th-century Chinese saber I photographed in the Beijing Military Museum in 2016.
Notice the grooves near the tip, found in various different forms on primarily Chinese sabers of that era.

The overall profile of the blade with a slightly downward drooping point reminds more of some Indonesian sword forms. Its hilt consists of a gradual narrowing of the blade only on in the edge side. It widens out again towards the pommel which has peculiar carvings somewhat reminiscent of spider webs.

There are some remains of red pigment on one side.

Where this piece was made remains unclear to me. Several design features point towards Southeast Asia, and then probably an area where they has been contact with Chinese... which doesn't really narrow it down because Chinese traders were everywhere.

In any case its a solid, well-made piece.

If anyone ever finds out more about this enigmatic piece, I'd love to hear it. 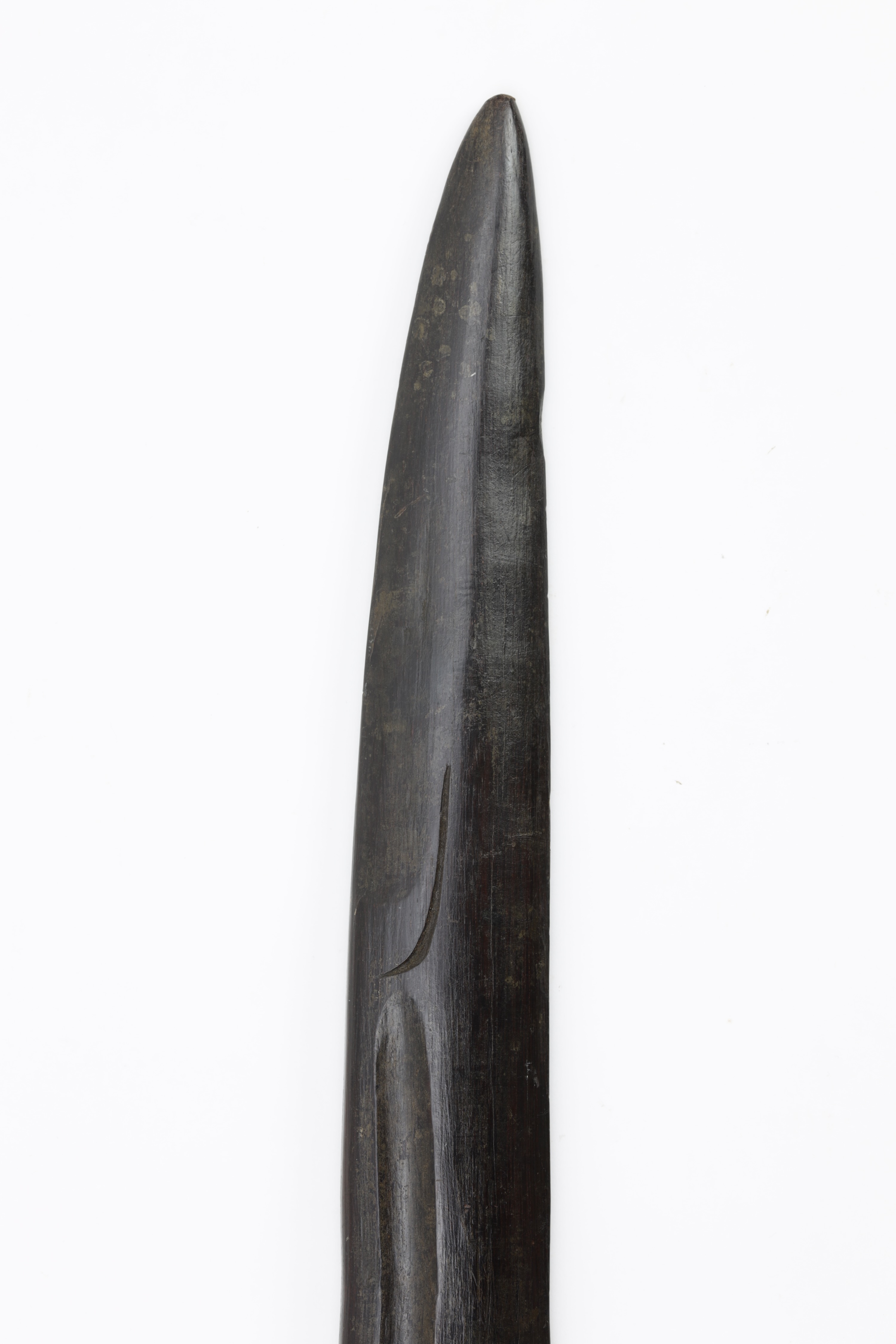