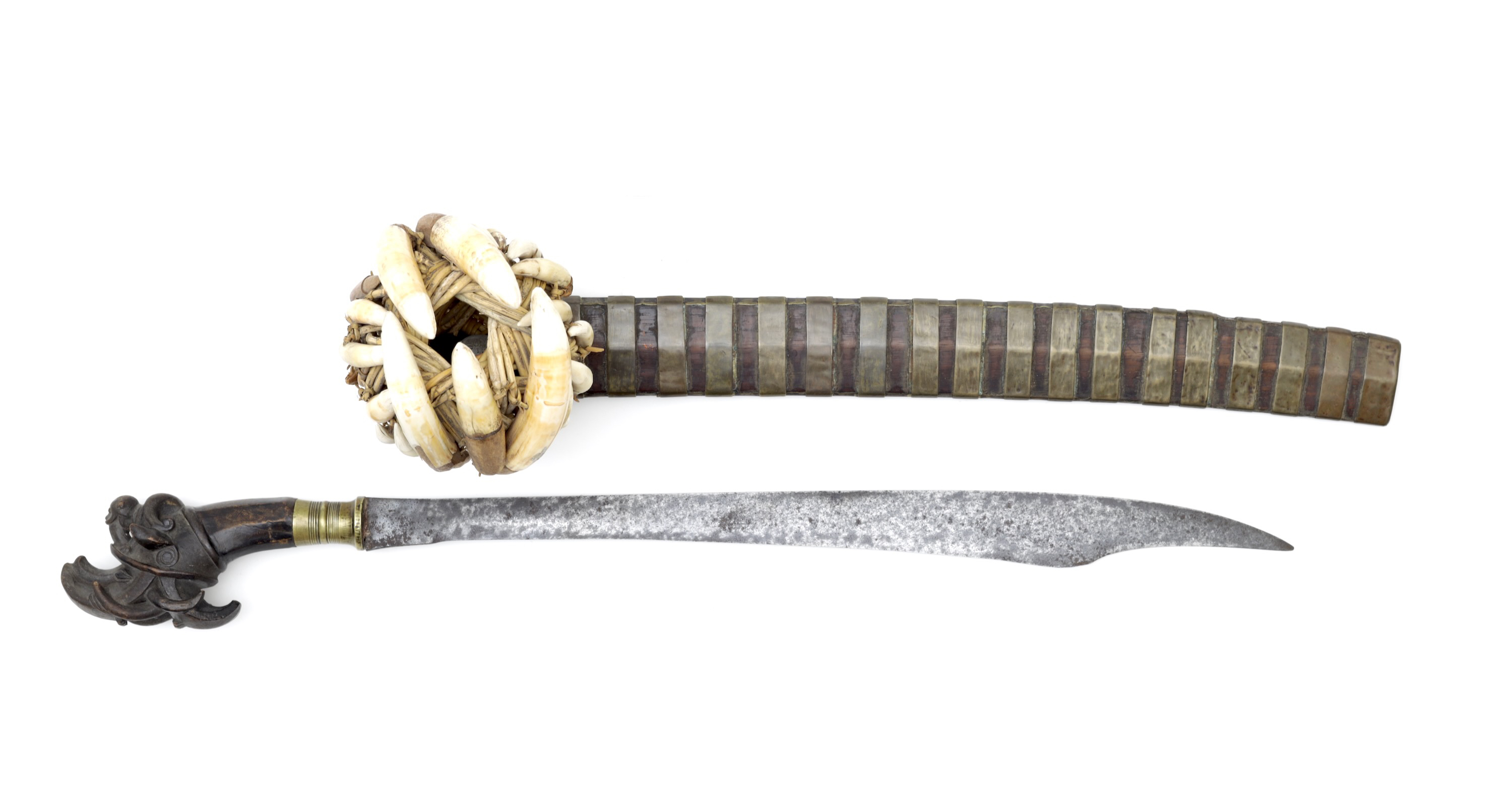 A nice example of a sword from Nias, as worn by chiefs of the Southern part of the island. The general type is often simply called belatu but this is merely the local word for "knife" on the island.

This Nias sword possesses my personal favorite of the Nias blade shapes. In profile, it kind of looks like a cutlass (the archetypical "pirate" sword) with a clipped tip. But the difference is that the edge is on the opposite side where one would expect it to be.

This specific style of blade is classified by Schöder, who had lived on the island, as gari matuwà. Fischer, then curator of the Rijks Ethnographic Museum (now Museum Volkenkunde in Leiden), simply referred to it as type A in his typology.

One of these is proudly shown by a nobleman in front of a great house in South Nias. 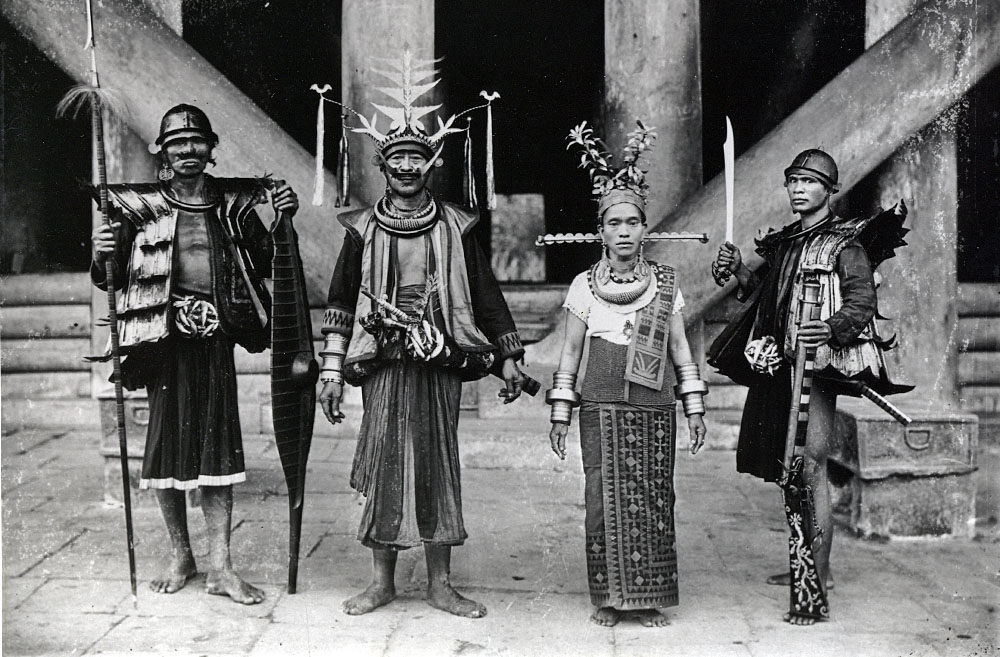 Noblemen and woman in front of a great house in South Nias.
Museum Volkenkunde, Leiden.

The archetypical hilt is made of a dark wood, now deeply patinated, and is carved in the shape of a lasara, a mythical animal. I believe it is modeled after the wild boar, especially when looking at the tusks. Such susks worn on the face are also part of the war dress of chiefs of South Nias.

On the back of the head sits a small monkey figure called bekhu that almost always appears on these hilts. The grip section itself is of octagonal cross-section, strengthened at the base by a brass ferrule.

The scabbard is made of two pieces of hardwood, held together by nineteen brass bands.

A rattan amulet basket is attached to the right side of the scabbard, initially held by a nail. Its outside is adorned with saltwater crocodile teeth. Inside is a most peculiar item: 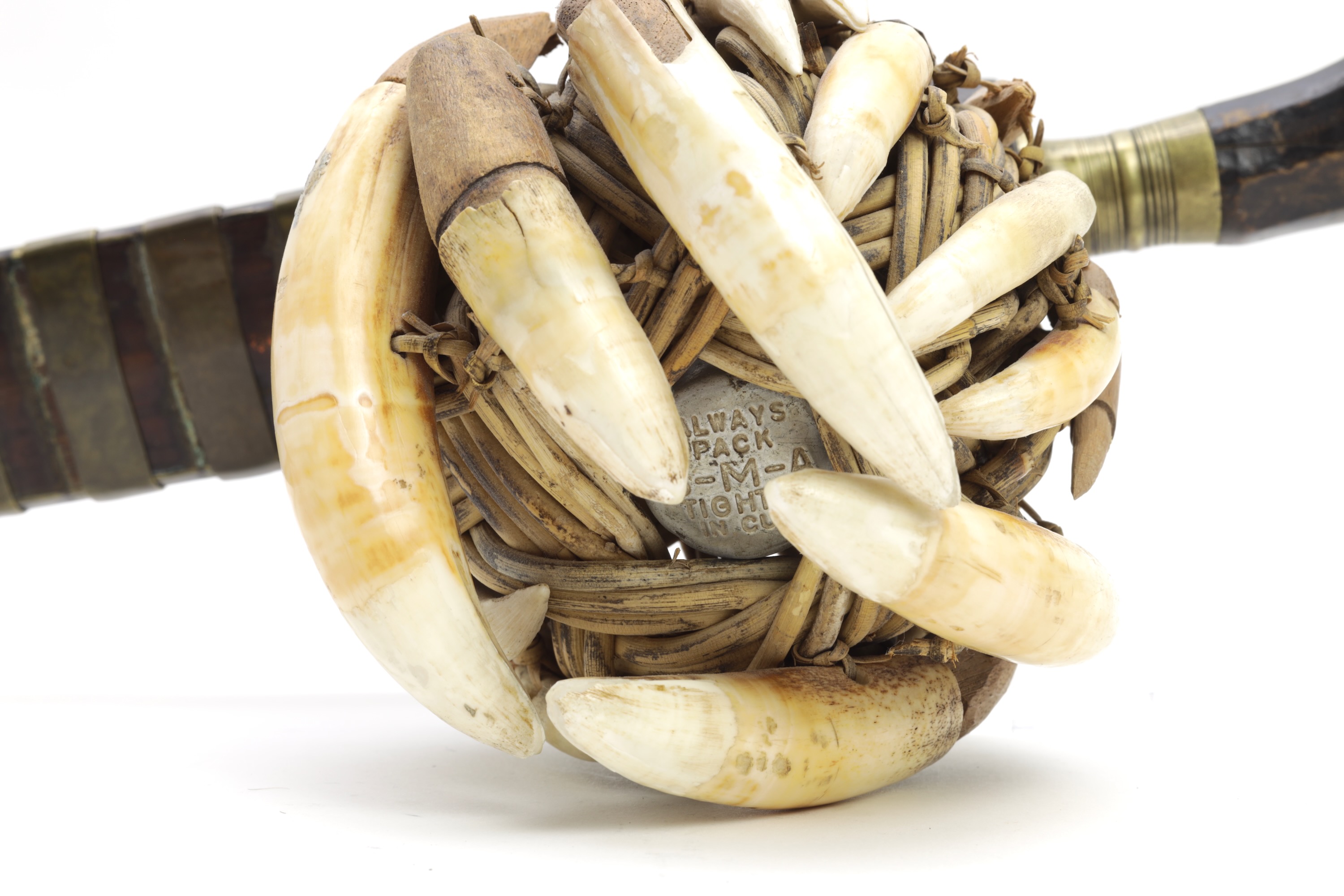 It is an aluminum cup that says:

S.M.A. stands for "Simulated Milk Adapted" which was a kind of baby formula with added cod liver that was developed in 1919 and made widely available from 1921. It was produced by the The Laboratory Products company in Cleveland, Ohia. It later became S.M.A. Corporation. S.M.A. was the first and one of the most widely consumed infant formulas in the world.1

One wonders how it ended up in there! Its probably not even the strangest thing that ended up in a Nias amulet basket. Other items found were for example the stem of a broken wine glass. Anything that looked outworldly to the people of Nias was thought (or hoped) to bring good luck.

Sword blade with some pitting. One crack in the hilt due to shrinkage of the wood, but hilt still tight. Scabbard in good condition, no damage or losses.

Notes
1. See among others the Wikipedia article about its co-inventor, William Otto Frohring. Also see The Druggist Circular of November 1922. Page 44. 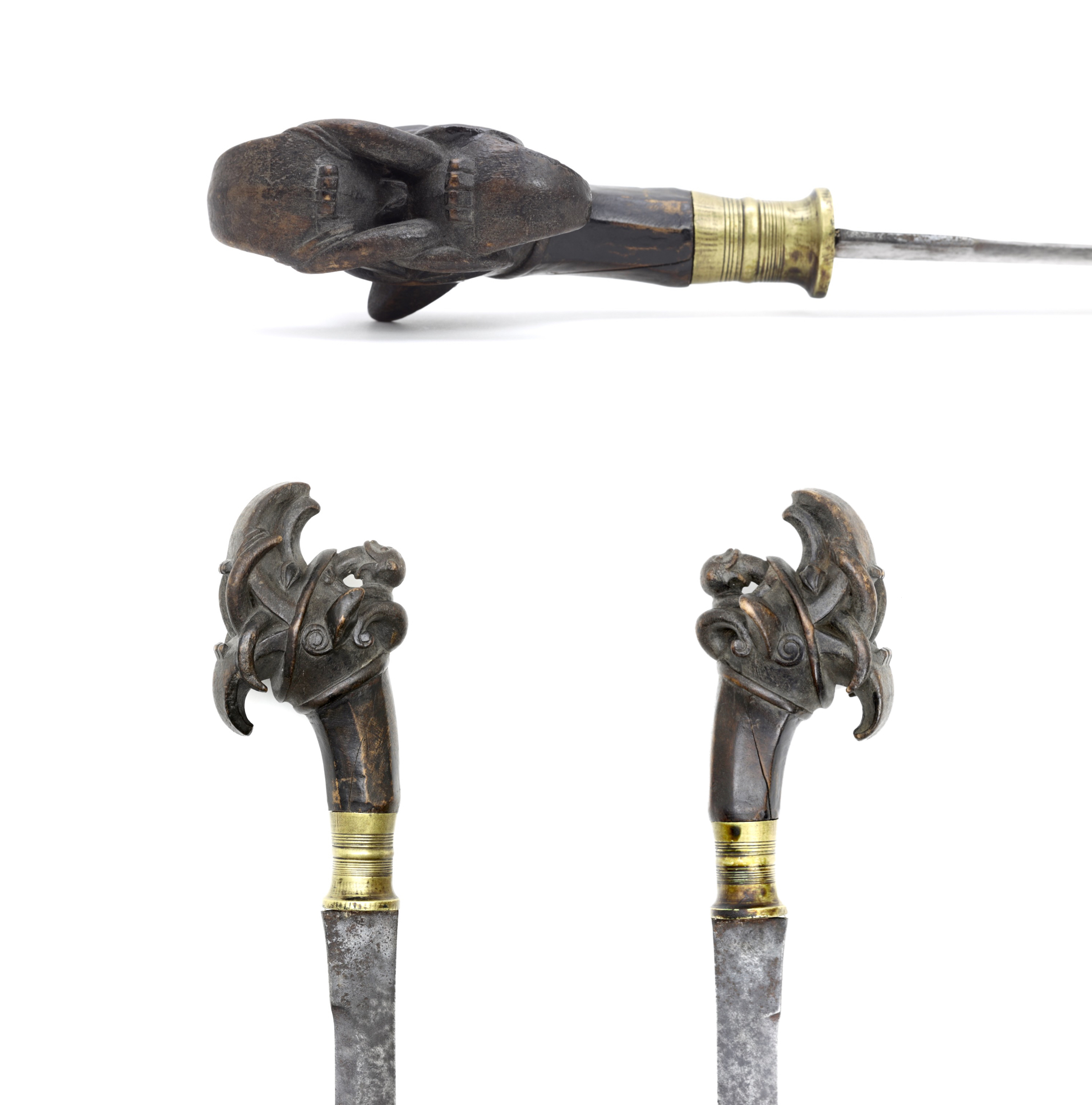 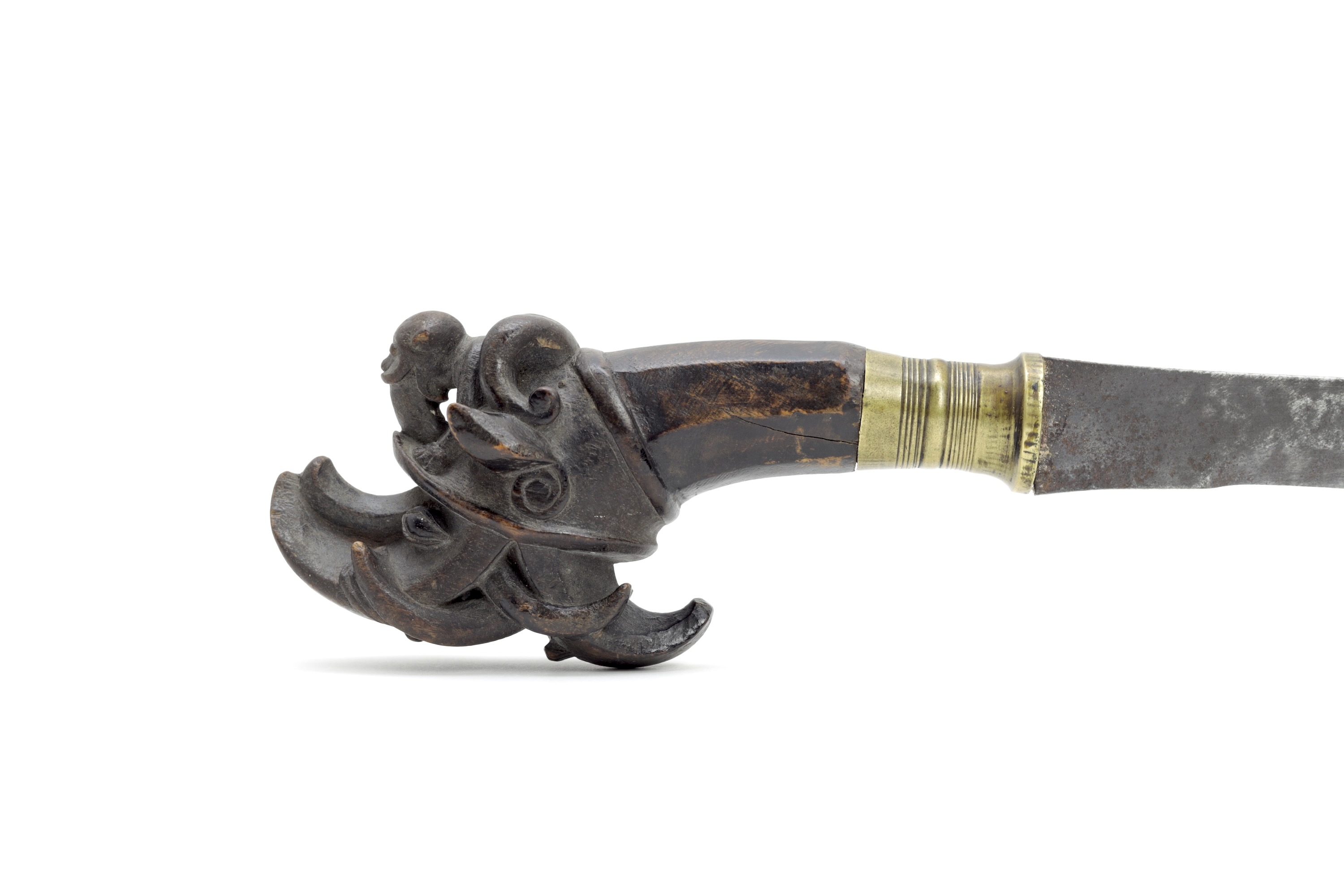 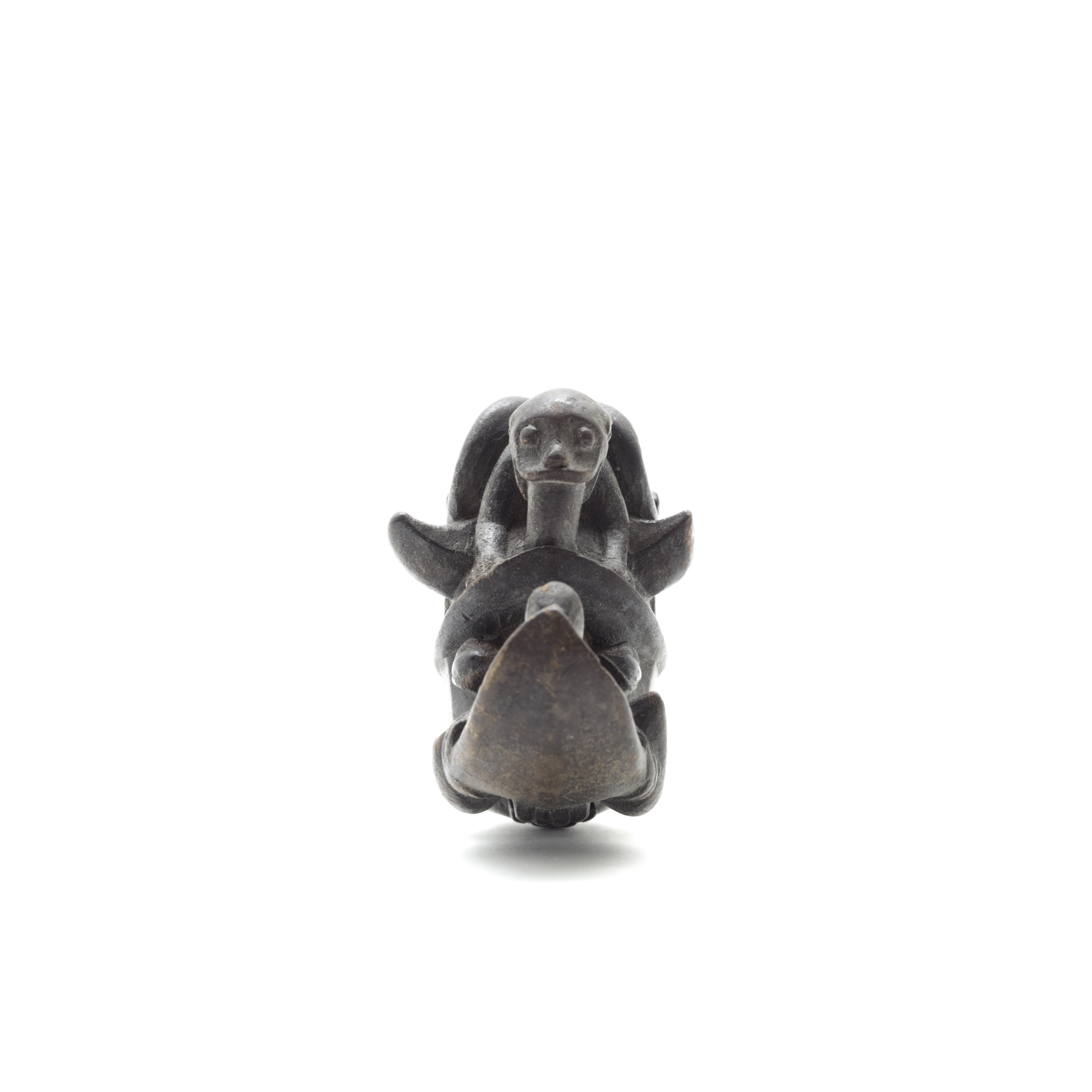 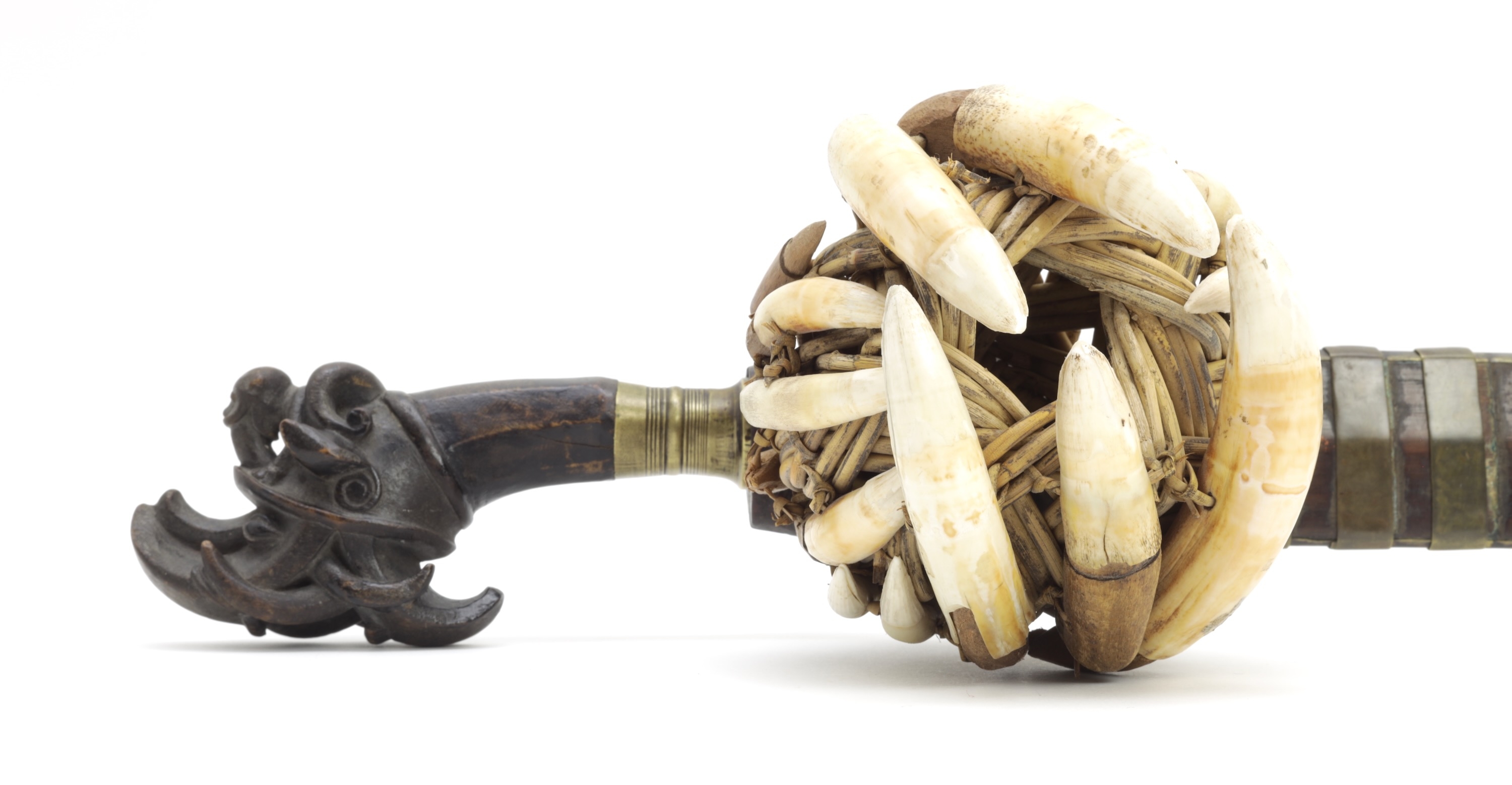 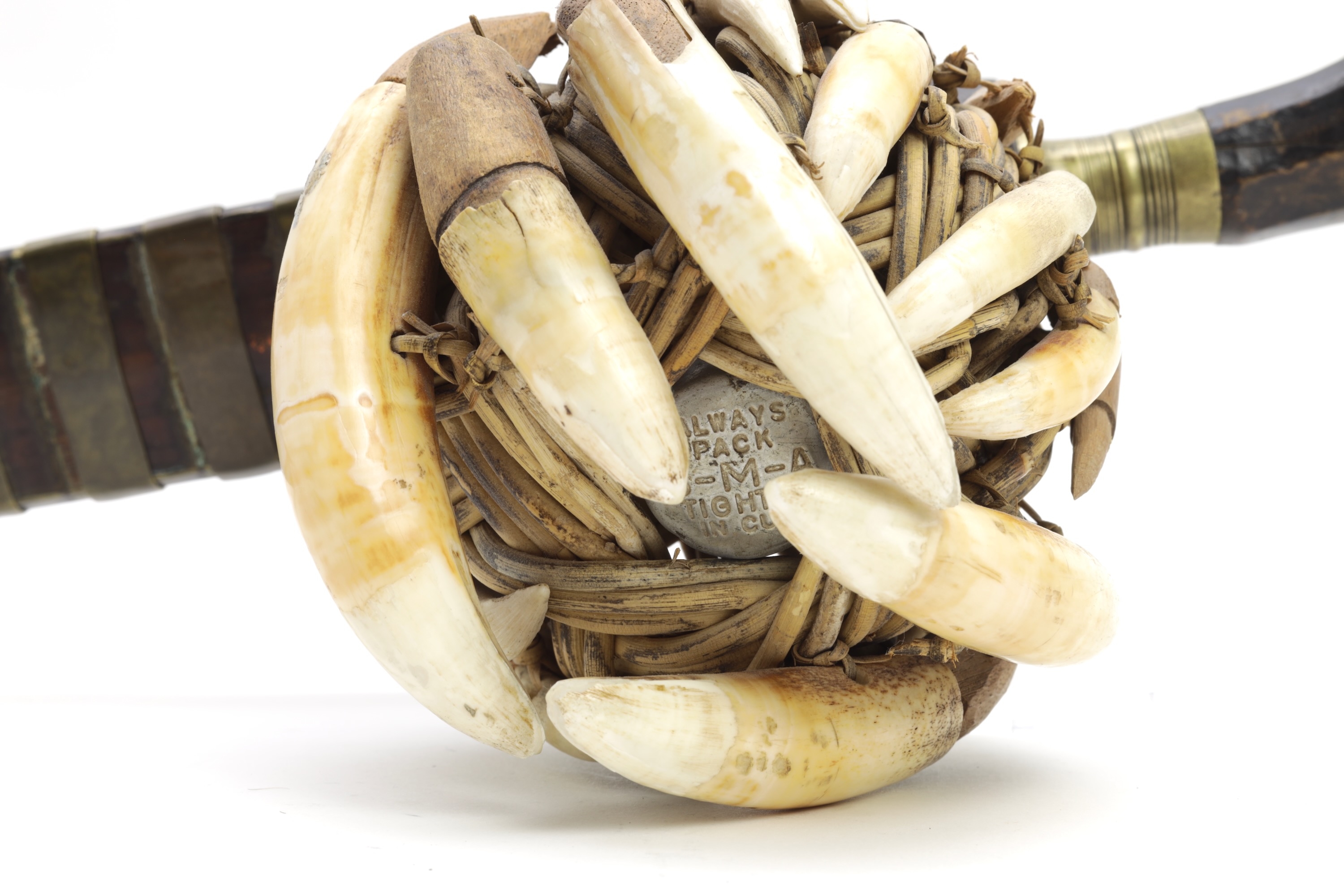 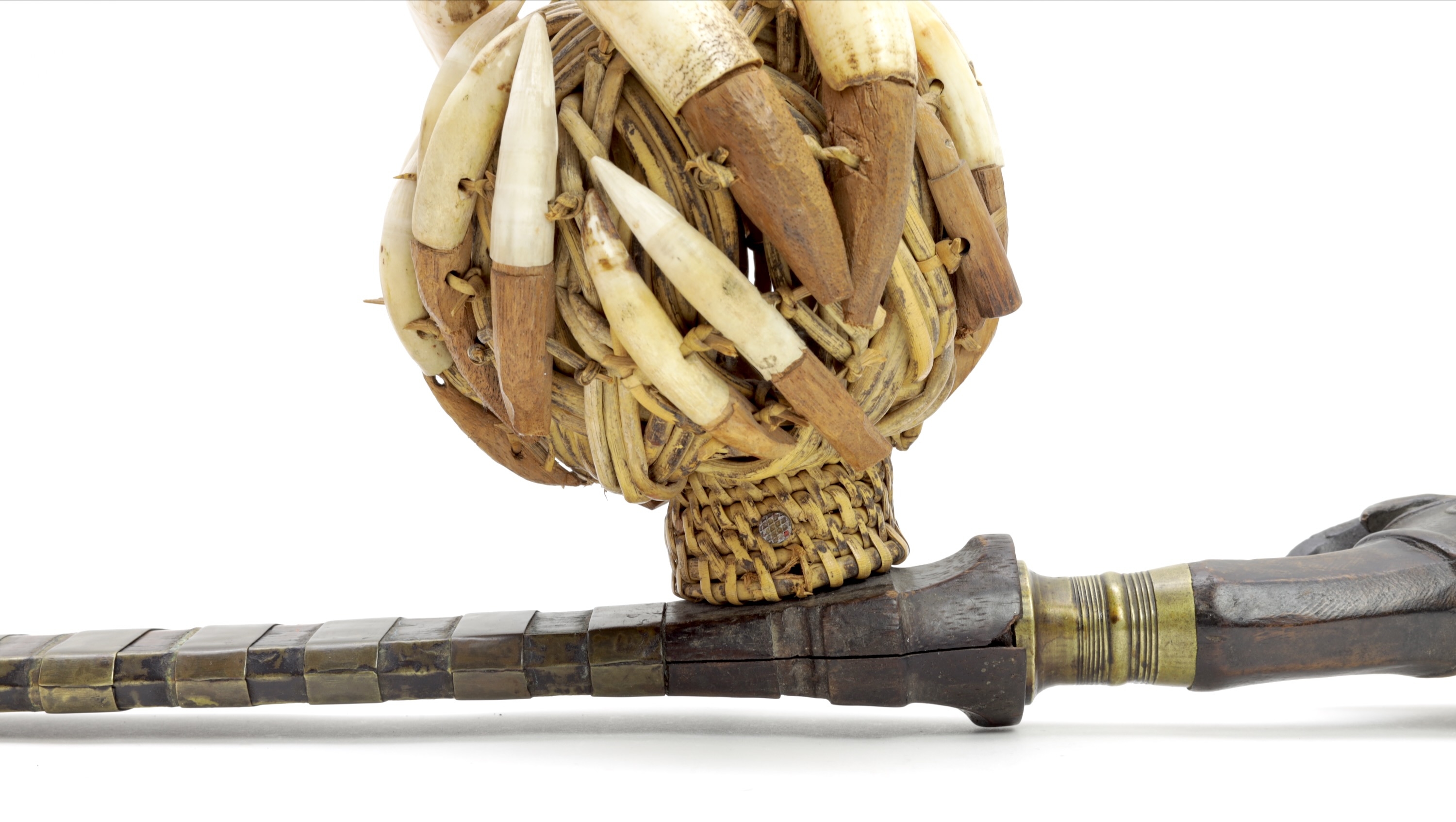