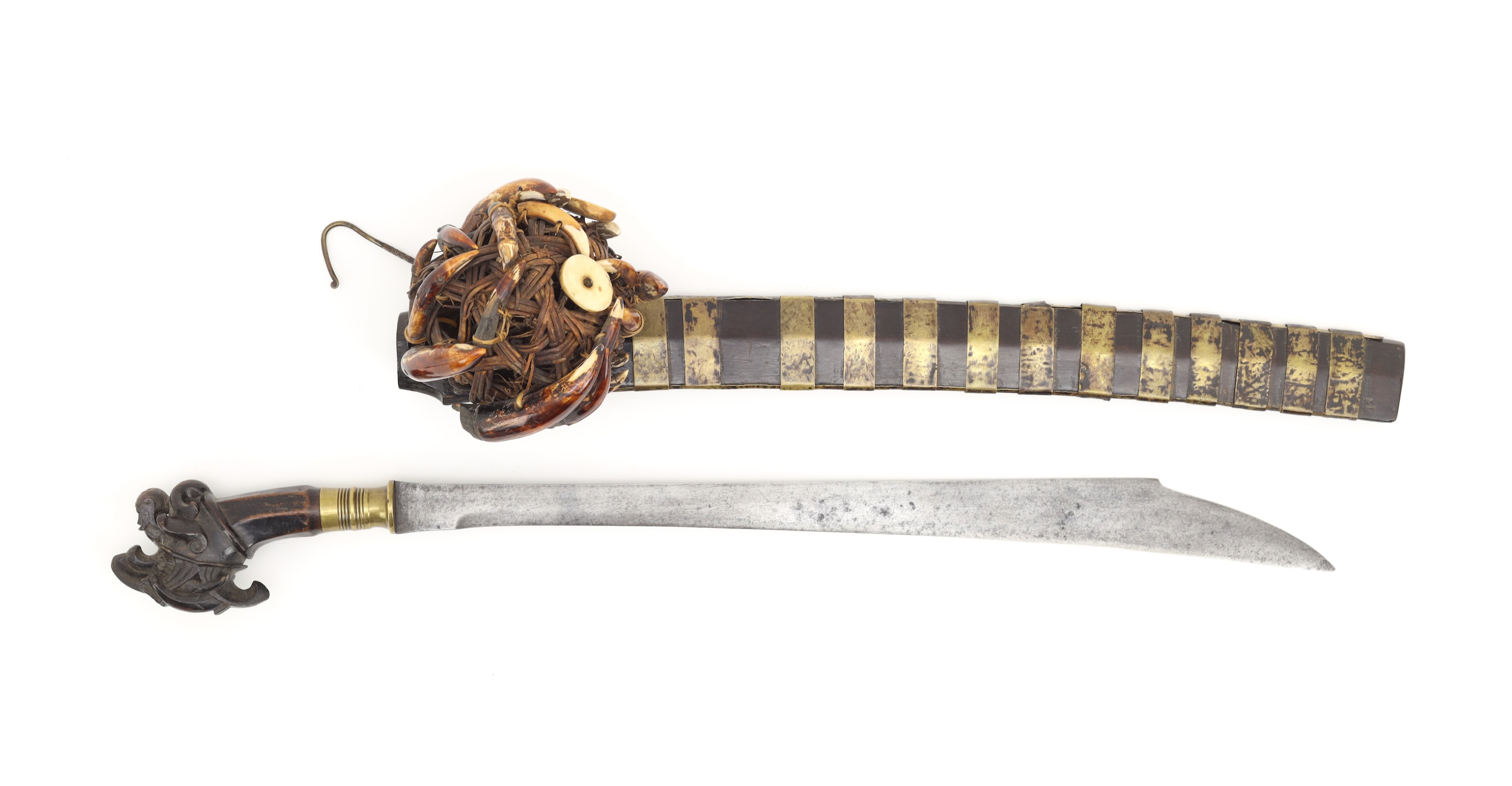 From an old German private collection

The sword of Nias is typically called belatu, although according to Engelbertus Schröder -administrator of the island from 1904 to 1909- the locals referred to the different types with different names entirely.

The type described here is called balatu salà in the south of the Island. The type is characterized by having a blade with a long, inward curved edge and a stepped back. Also the elaborate pommel is more typical for the better Southern pieces. 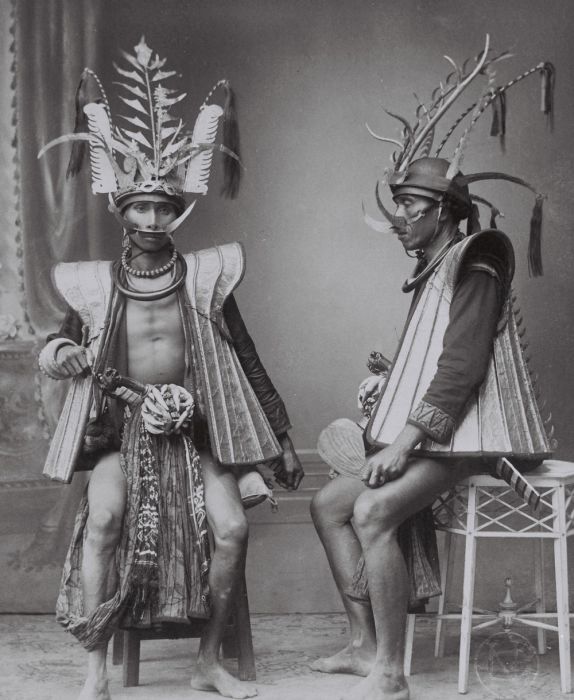 A very nice and complete example of a South Nias belatu salà for a chief.

It has a short ricasso (unsharpened part at base) from which the edge emerges, gently curving forward towards the tip. The blade gradually widens from base to near the tip, where the spine suddenly drops and curves to meet the point.

The hilt consists of a large wooden carving of an open mouth with large fangs which most likely represents the wild boar, an animal that enjoys considerable respect from the local polulation as it defends itself so fiercely when hunted. Others, like Schröder, insist they are stylized elephants while some other researchers have argued it may be related to the Indian makara instead to which it indeed bears some resemblance. On the back of the head sits a small monkey figure, called bekhu. The grip section itself is of octagonal cross-section, strengthened at the base by a brass ferrule.

The scabbard is made of two pieces of hardwood, held together by a number of brass bands. A brass belt hook is attached to the upper most band. A large rattan basket is attached to one side, which slides over a wooden protrusion from the scabbard and is held securely by a pin. These baskets sometimes hold a cloth to clean the blade, but their main purpose is for talismanic items. In this case, the outside is adorned with many teeth of various sized of the saltwater crocodile (Crocodylus porosus) and two circular bone plates.

Sword in very good condition, only minor pitting but no blade damage. Some small, very old damage to the wooden hilt, now patinated over. Scabbard wood in great shape with a deep, glossy patina. One brass band is missing, one partial band is missing, and one band is broken. Due to shrinkage, most of the bands can slide, but I prefer to leave it "as is" rather than introduce glue to an otherwise 100% original item. Some minor losses to the basket and its adornments. See photos. 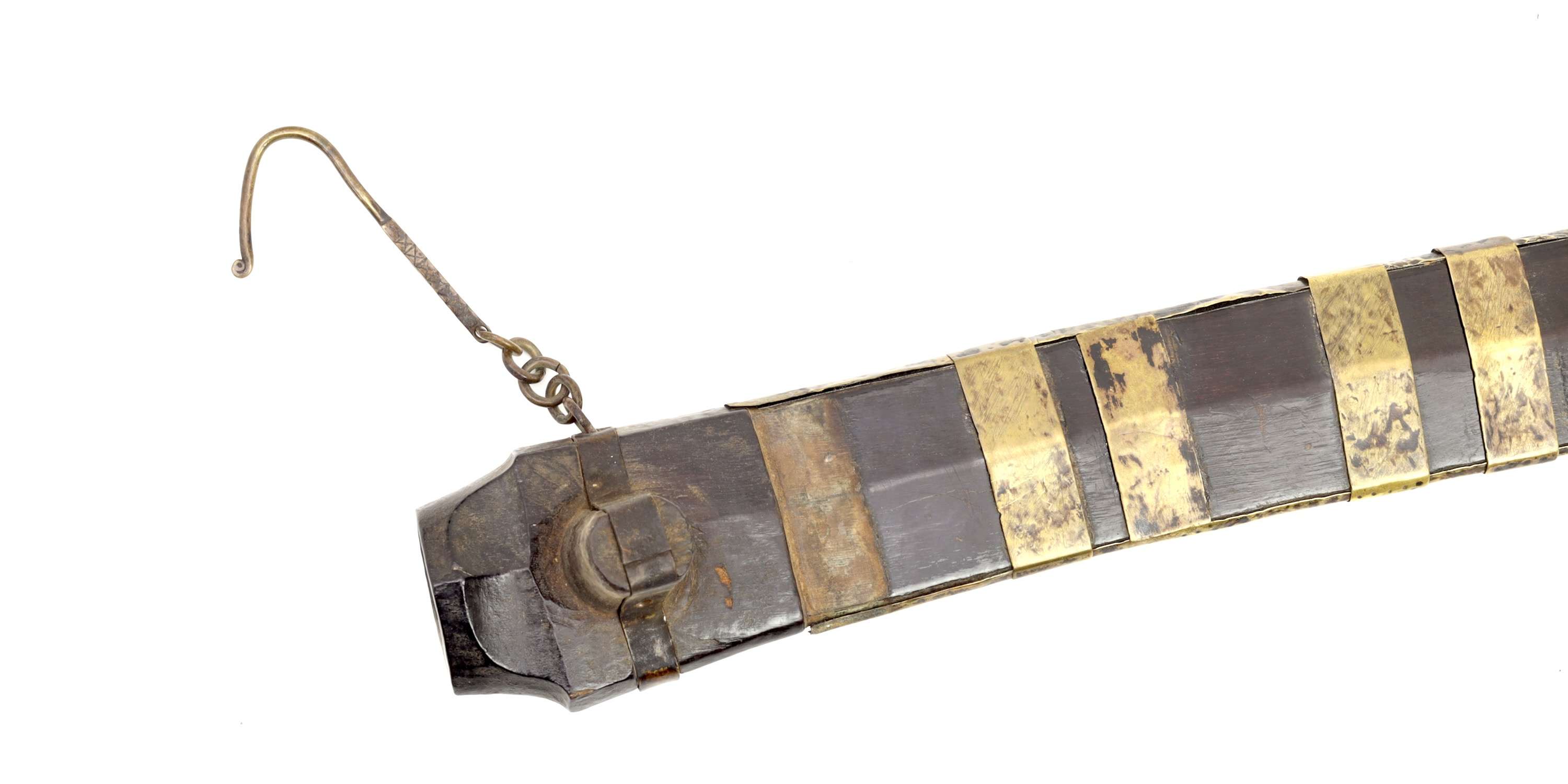 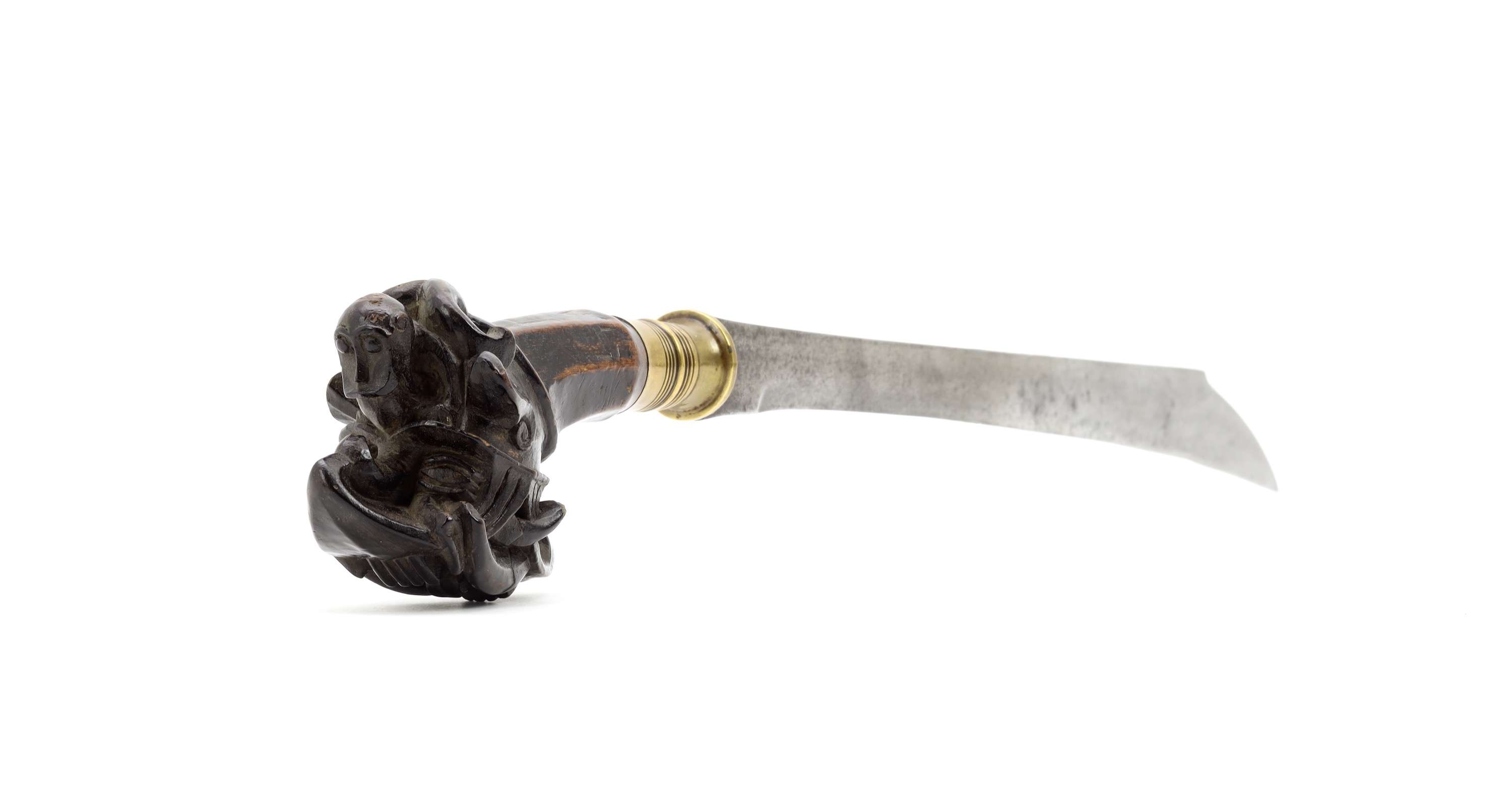 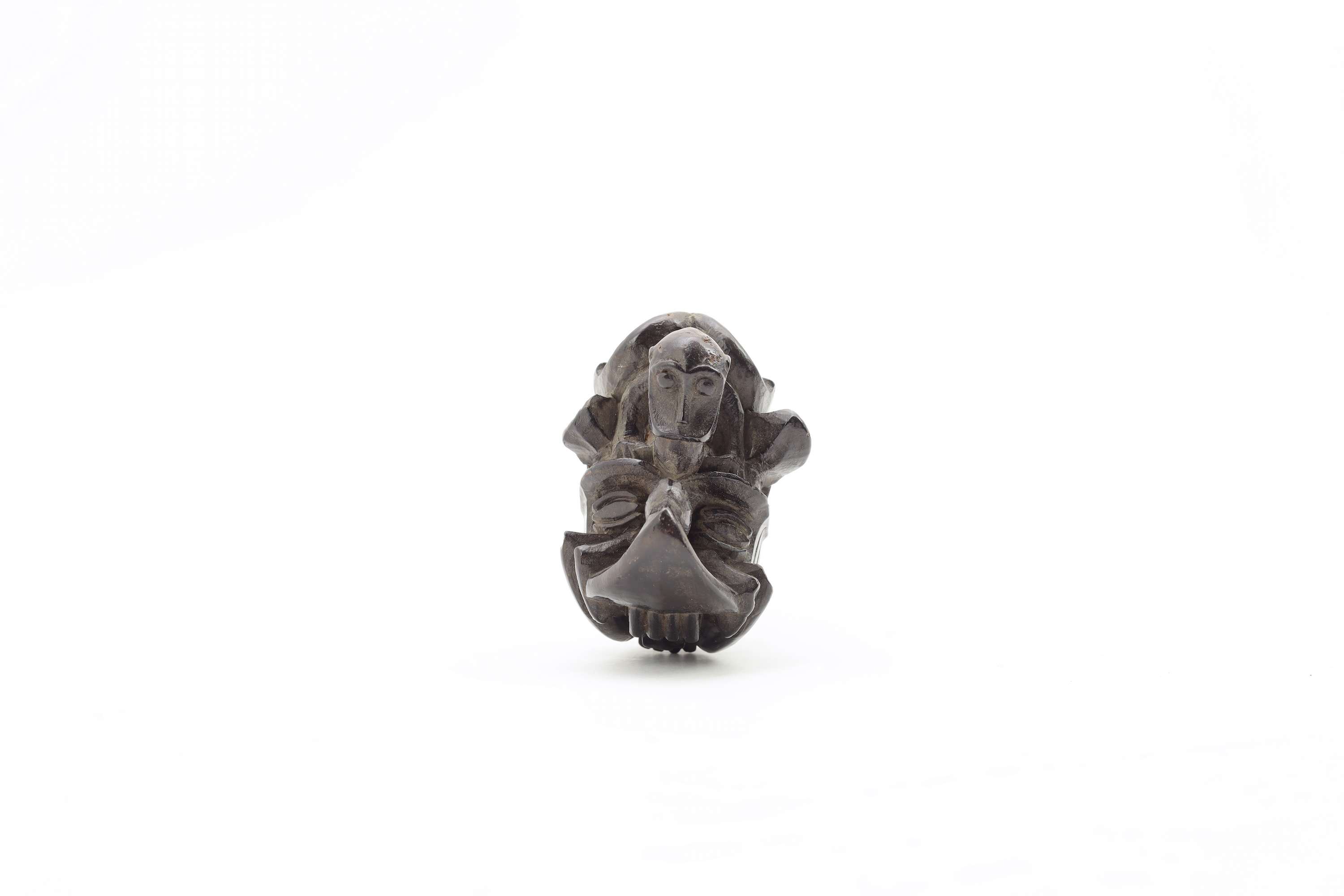 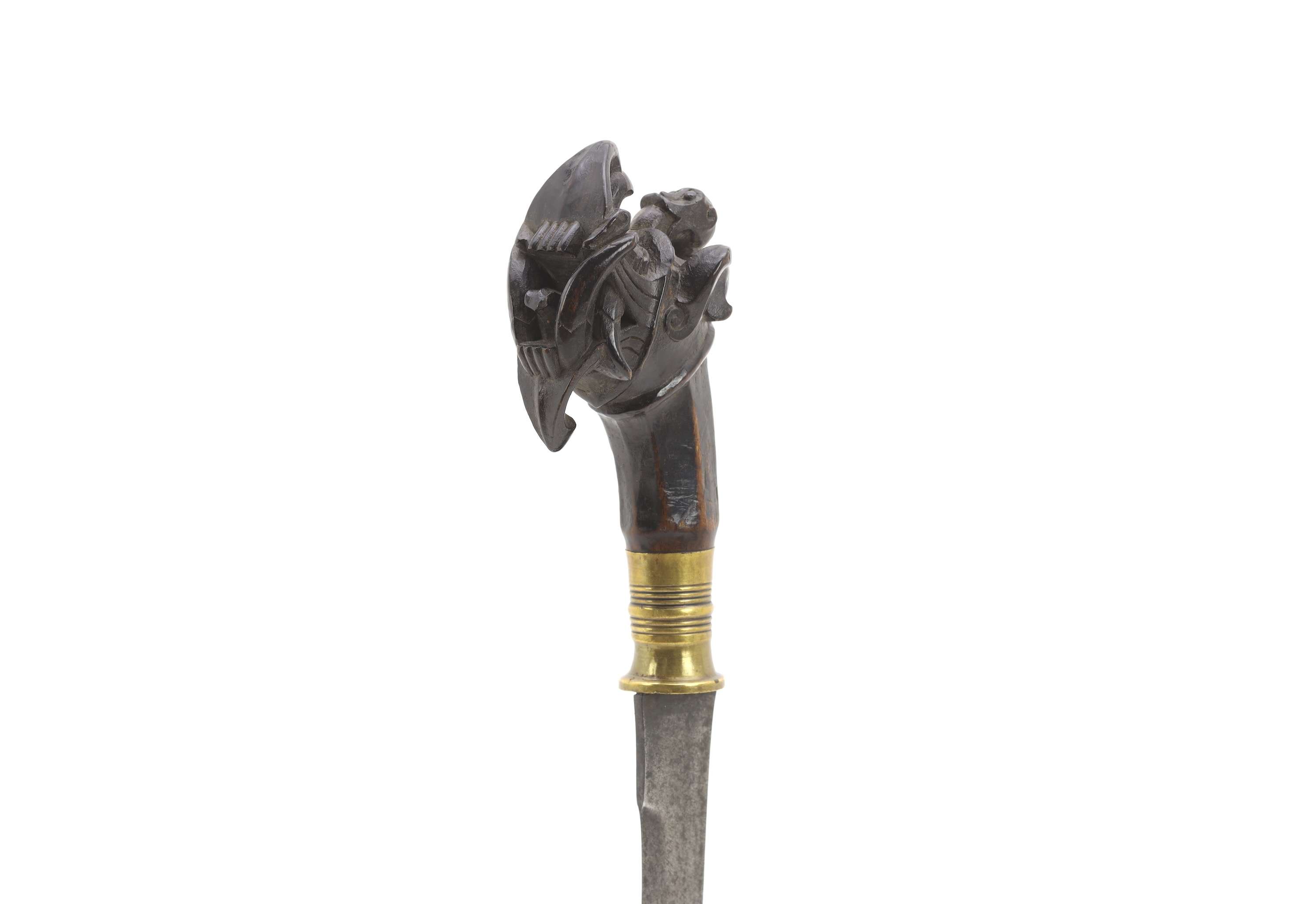 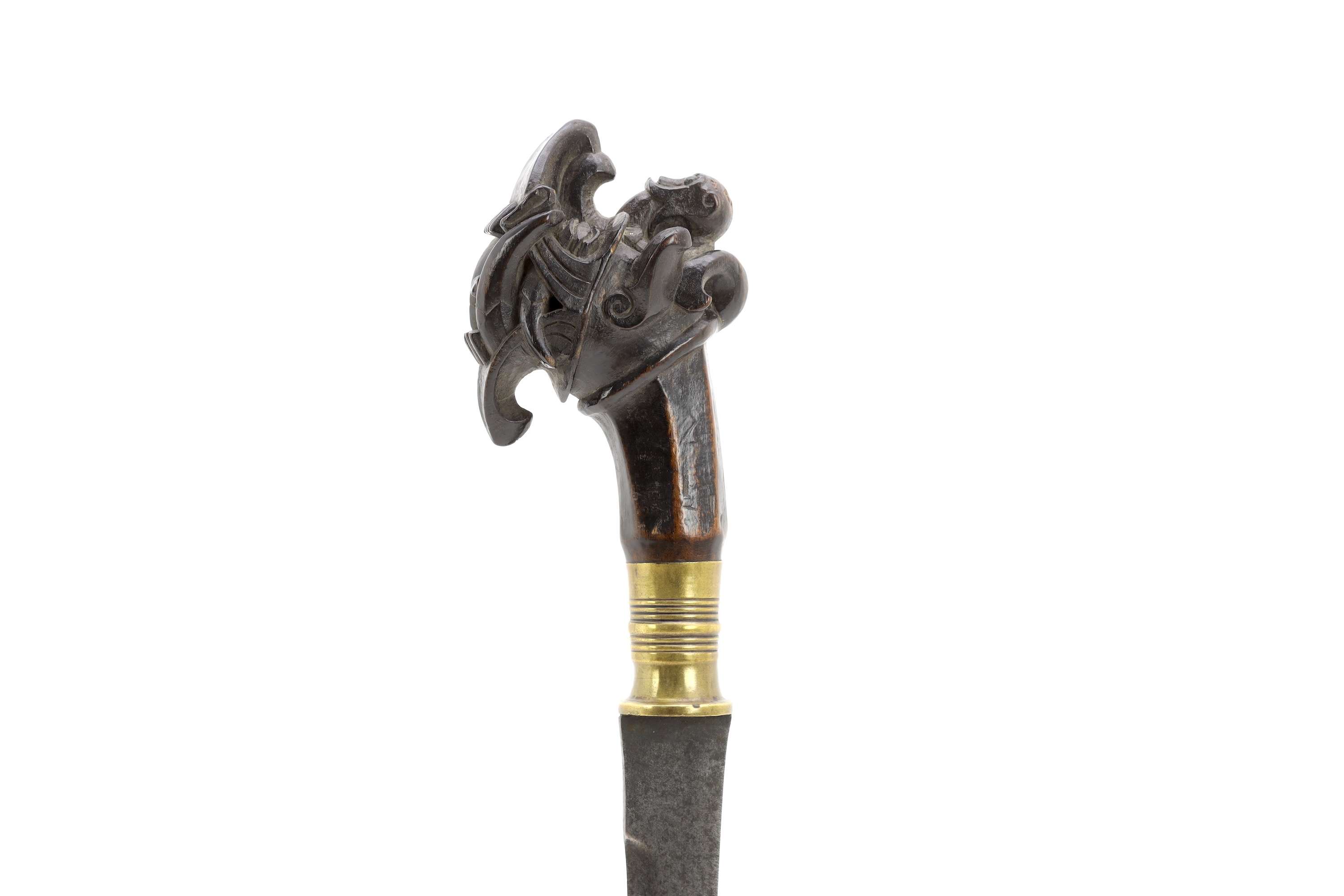 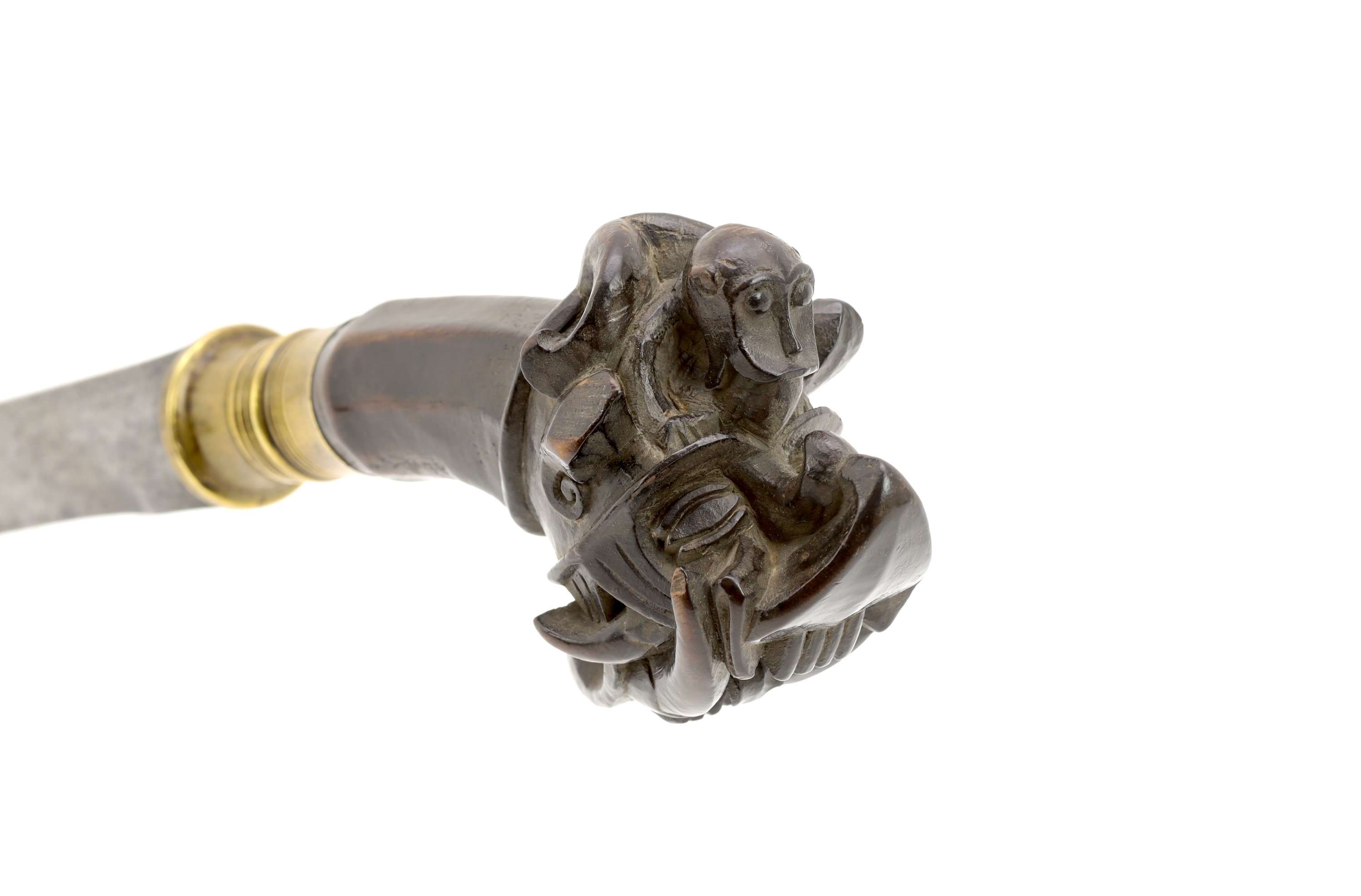 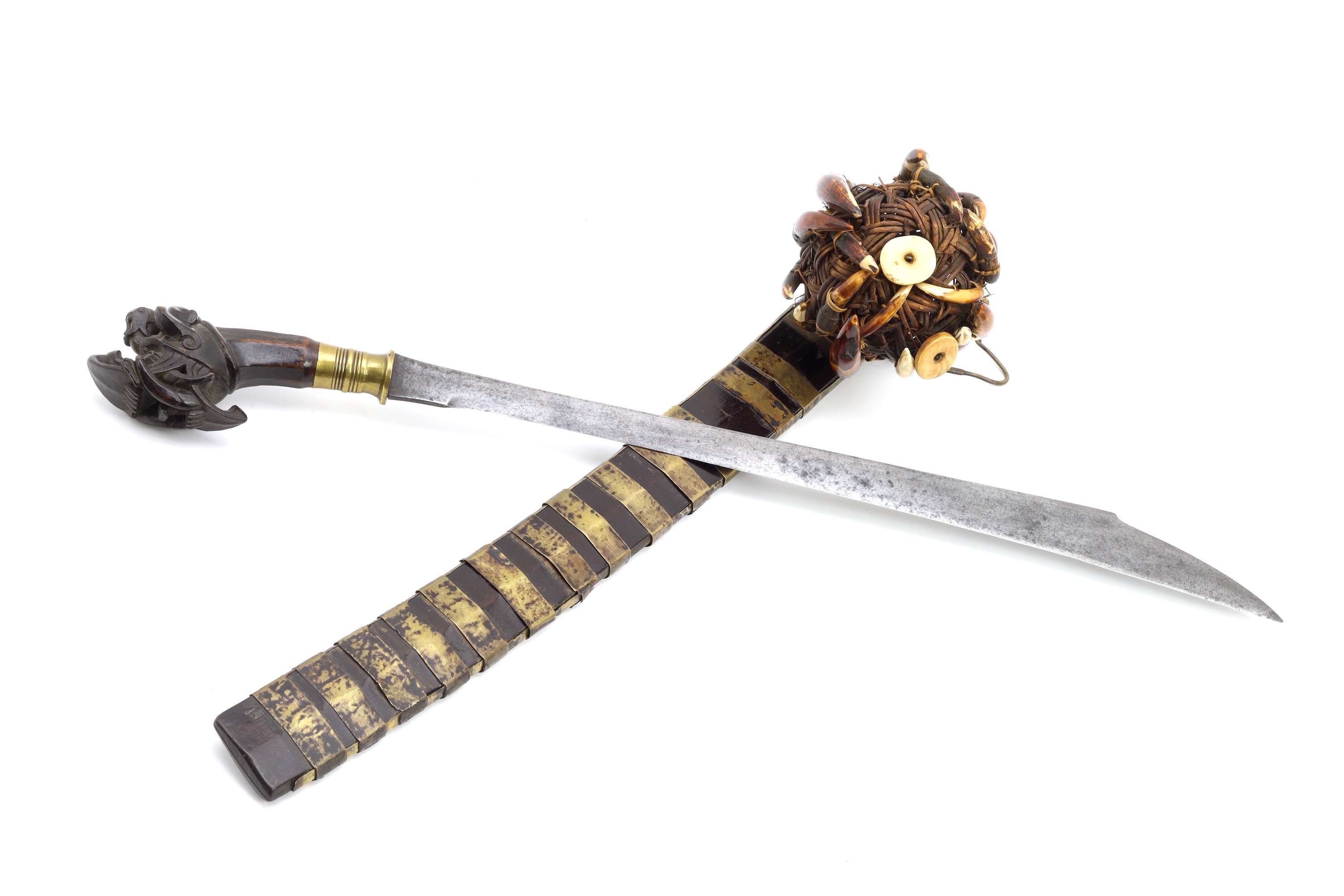