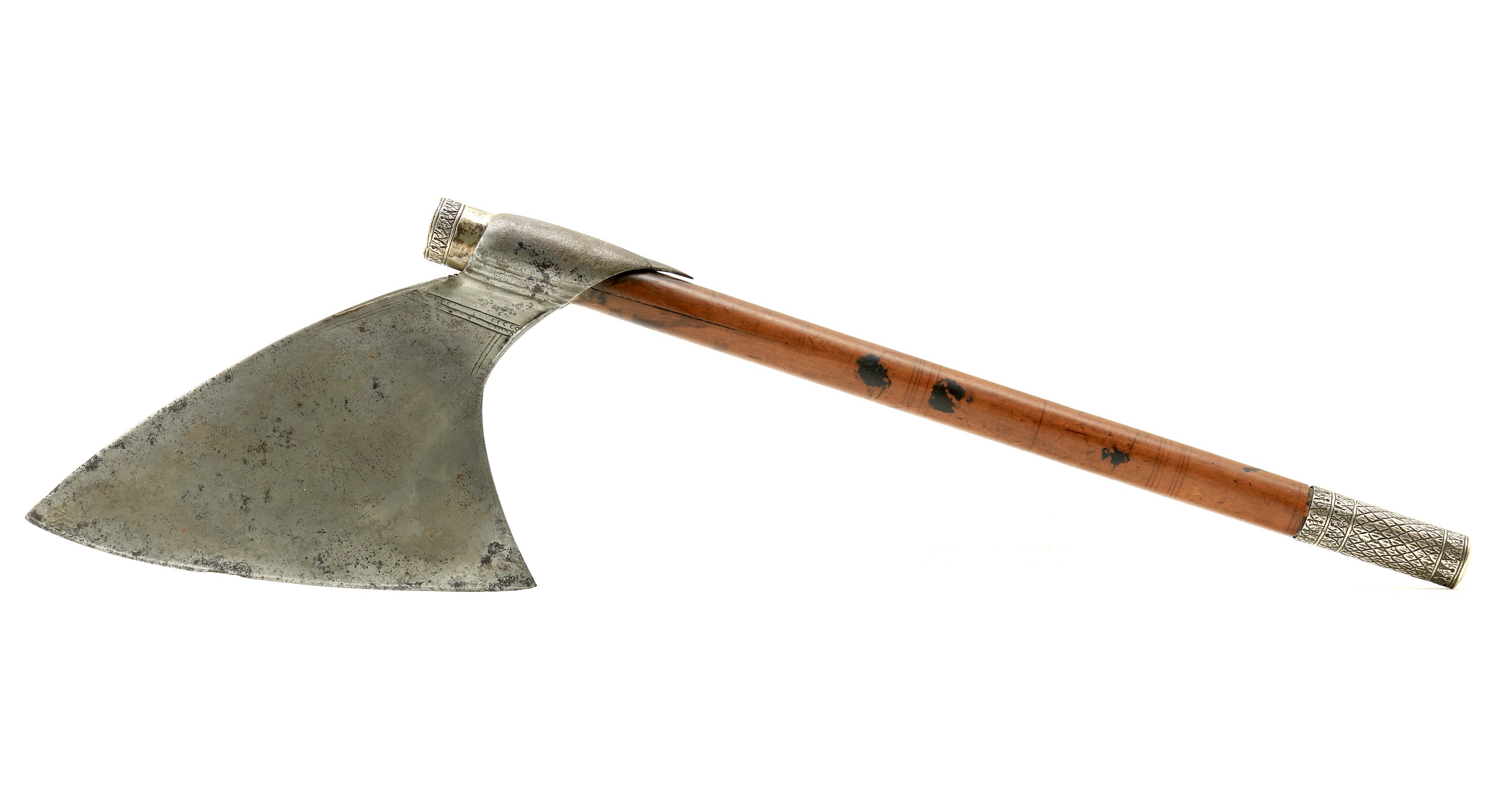 6 mm under socket, edge side

A relatively rare variety of an Indian war axe, called tungi, which is believed to come from the tribes around Orissa. (Presently known as Odisha.)1

It bears some striking similarities to a piece in the Metropolitan Museum, accession number 36.25.1819. That example was purchased by George Cameron Stone from the famous London dealer W.O. Oldman, somewhere before 1935. It is attributed to Orissa.

Another example appears in Egerton, identified as being from Chota Nagpur Plateau. t is now kept in the Victoria & Albert Museum under accession number 2751(IS). This axe is now attributed to Ganjam, a district of Orissa.2

Our example here has the same blade profile with the characteristic forward-leaning profile but is more ornate than both preceding examples in that it has silver caps at the top and bottom of the hardwood shaft. The caps are decorated with scales and stylized vegetal borders in low relief.

The socket is cleverly designed with a protrusion at the back that points downward, to counteract the leverage that the tip of the leading edge on the other side exerts on the shaft.

The piece has a good weight for general use and seems optimized for throwing. The upper corner of the edge is shaped so that it gives a larger moment of effectiveness during its spin.

Notes
1. Lord Egerton of Tatton; Indian and Oriental Arms and Armour. Dover Publications; Revised edition, 2002. Page 77. For the name, see George Cameron Stone; A Glossary of the Construction, Decoration and Use of Arms and Armor: In All Countries and in All Times. New York, Jack Brussel, 1961. Page 642.