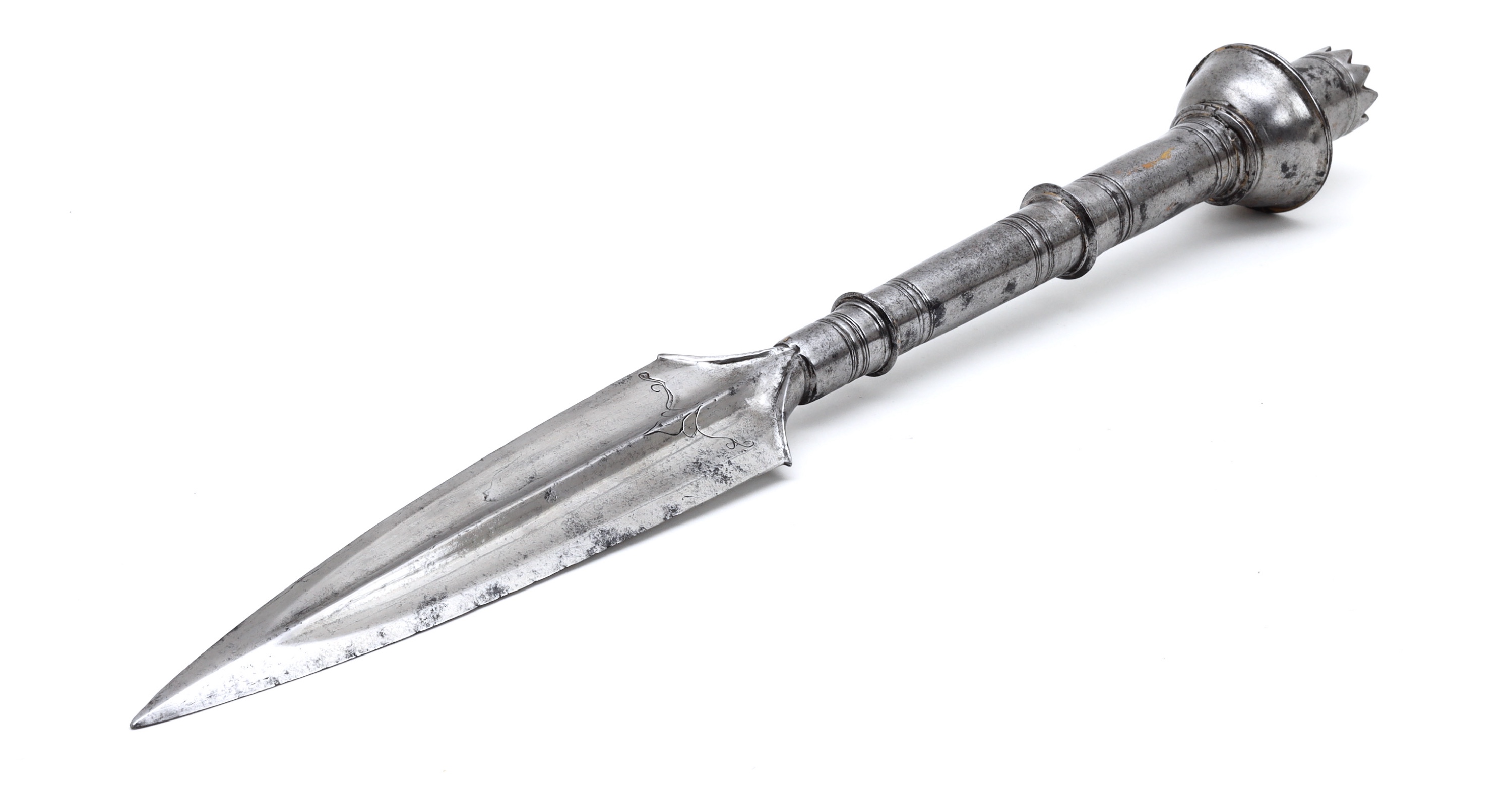 A South Indian spearhead with a substantial straight and double-edged blade.

The leaf-shaped blade has a pronounced central ridge flanked by wide fullers on either side. The edge slopes from a slightly raised section to give added strength. The steel shows some hints of a laminated, forge folded construction. At the start of the blade is an elegant stylized floral engraving.

The base of the head is an elegant V-shaped structure that emerges from the hollow steel socket. The socket is reinforced with raised ribs and decorated with grooves. It is made of thick sheet iron that was joined using brass solder. Near the base is a half dome-shaped structure, and the very end of the socket is serrated.

In good overall condition. Some slight bending at the very tip. Surface in very clean condition, something seen on Indian arms that were kept in the Bikaner armory but it could also be a case of later cleaning. In any case, it is well done: all sharp lines are retained.

I have recently sold a large spearhead from South India with a slightly different blade but nearly identical socket style. Another identical socket appears on a spearhead in the Government Museum of Chennai, accession number 2235. 16th or 17th century. Chennai used to be known as Madras, and is the capital of Tamil Nadu. 1

The Metropolitan Museum has a different type of spearhead, but with a comparable serrated socket edge which is attributed to 17th century Tanjore. See accession number 36.25.1930. It came from the famous London dealer W.O. Oldman who bought some of these pieces from Walhouse, after the disbanding of the Tanjore armory in the 19th century. Ex George Cameron Stone collection, bequeathed to the museum in 1936. 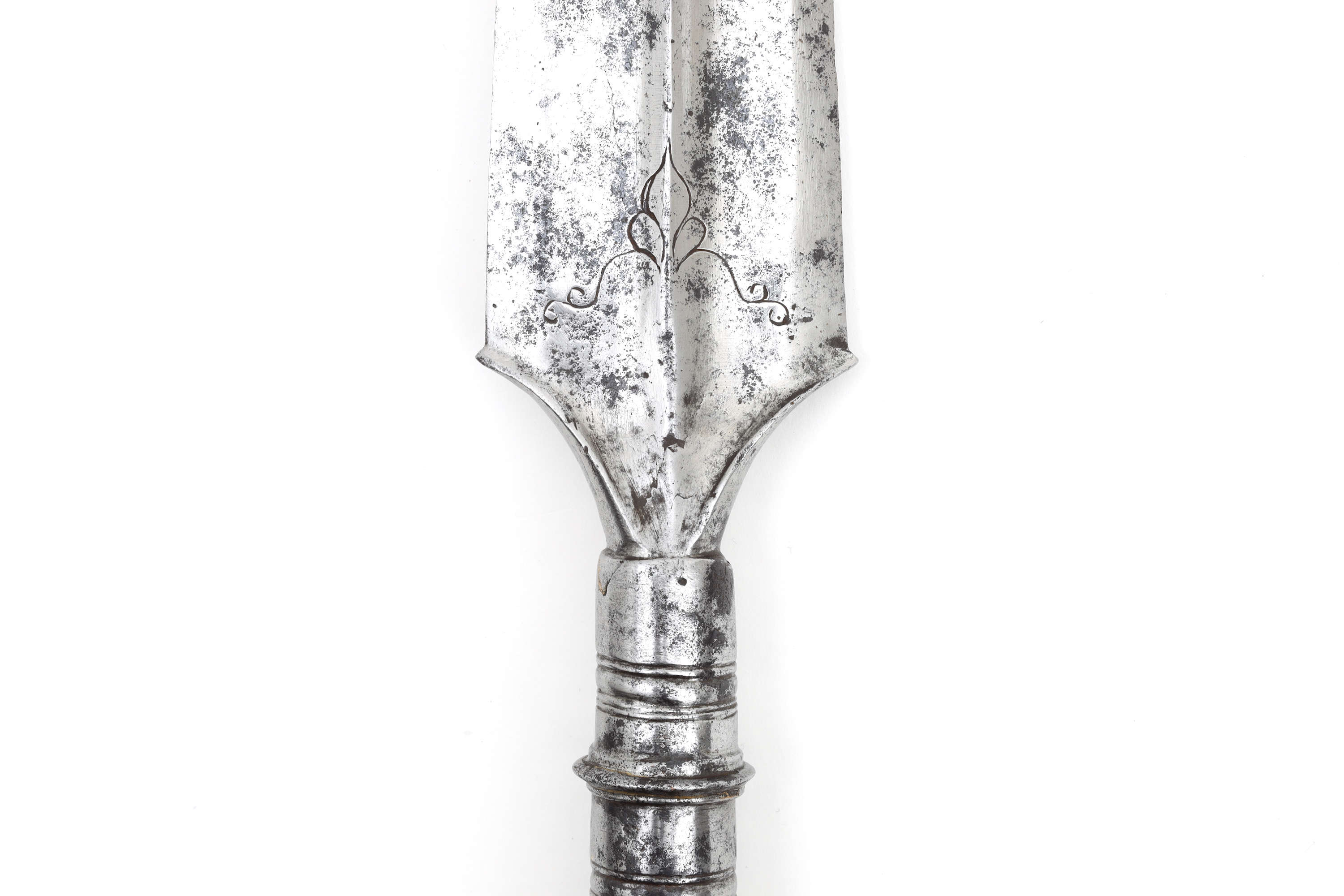 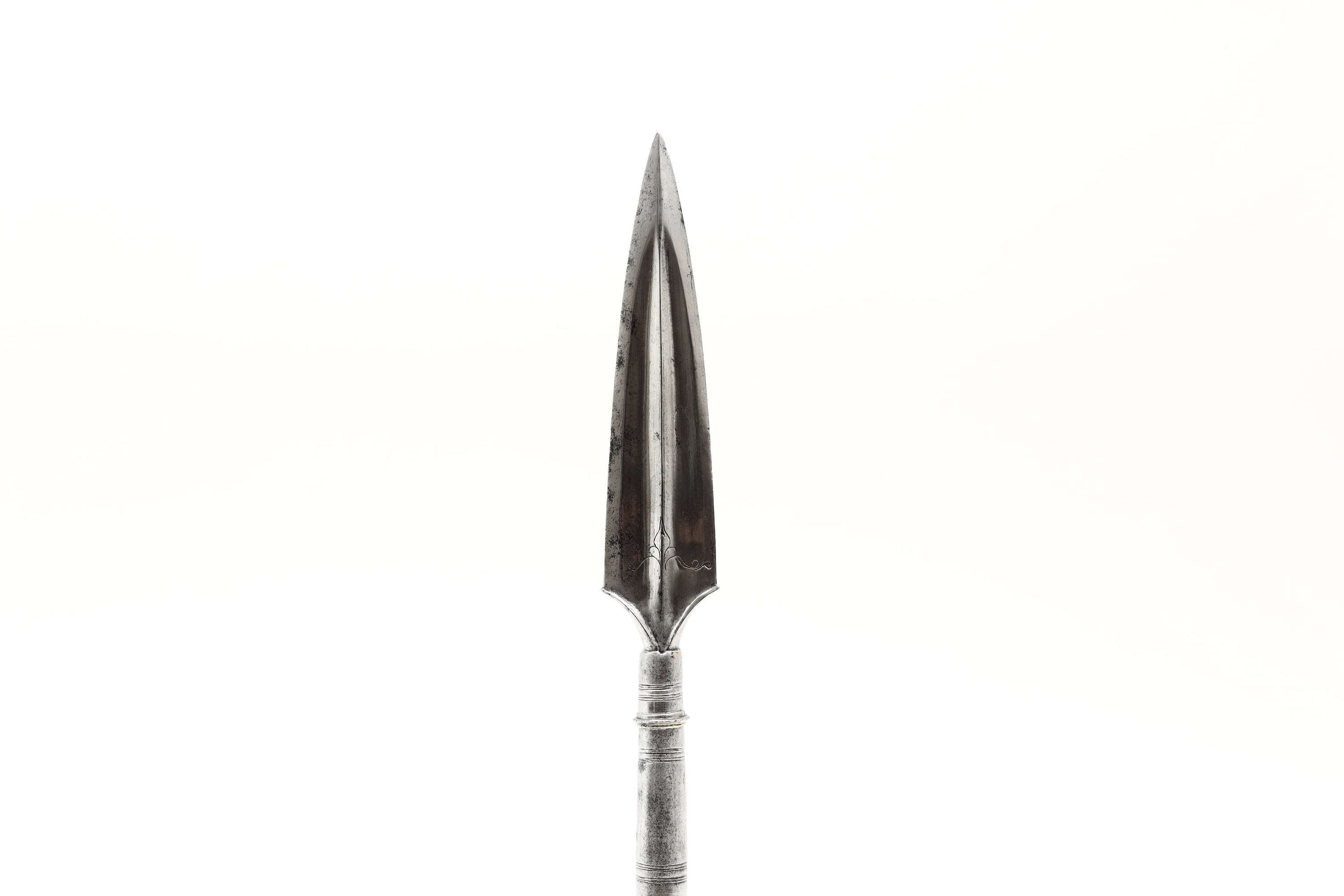 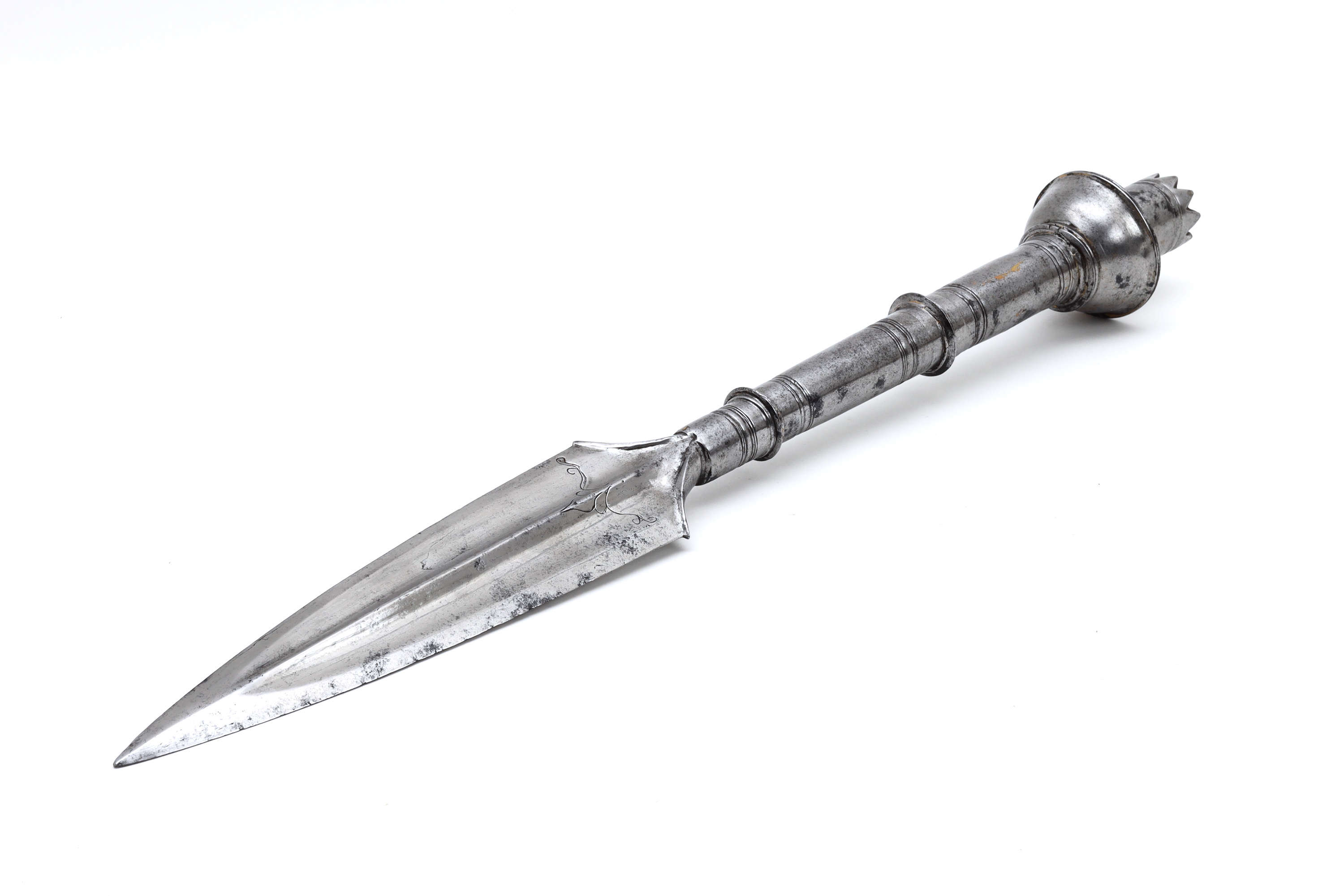