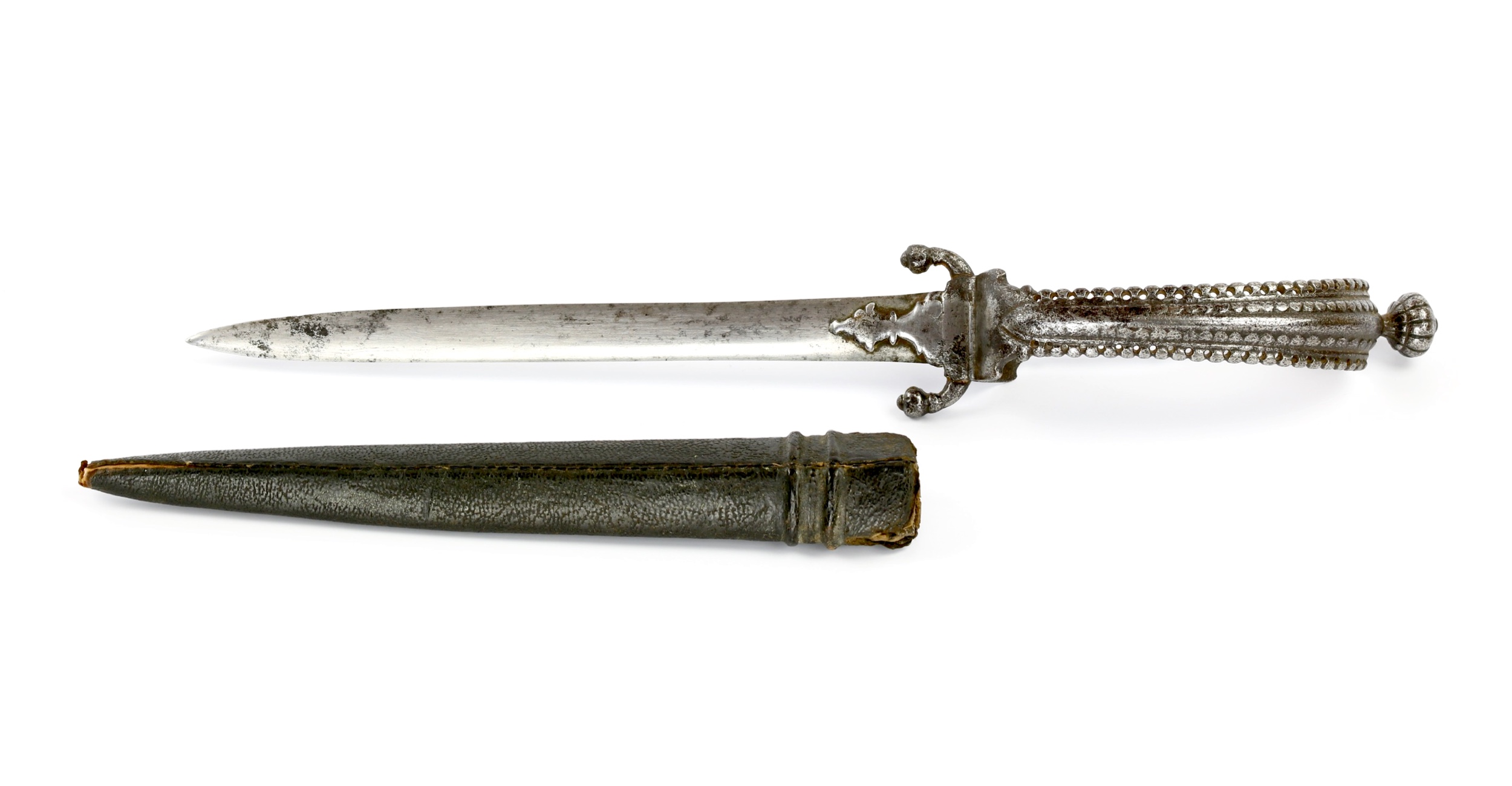 Indian loop hilted dagger are generally called bichuwa (बिछुवा ) which literally means "nettle" or "scorpion's sting". This is due to their general shape usually being very similar to a scorpion's sting.

A small number of these loop-handled daggers have a straight blade and as a consequence, I suspect we cannot call them bichuwa anymore. One is illustrated in the Nujūm al-Ulūm of Bijapur, 1570. Unfortunately, the text gives us no name: 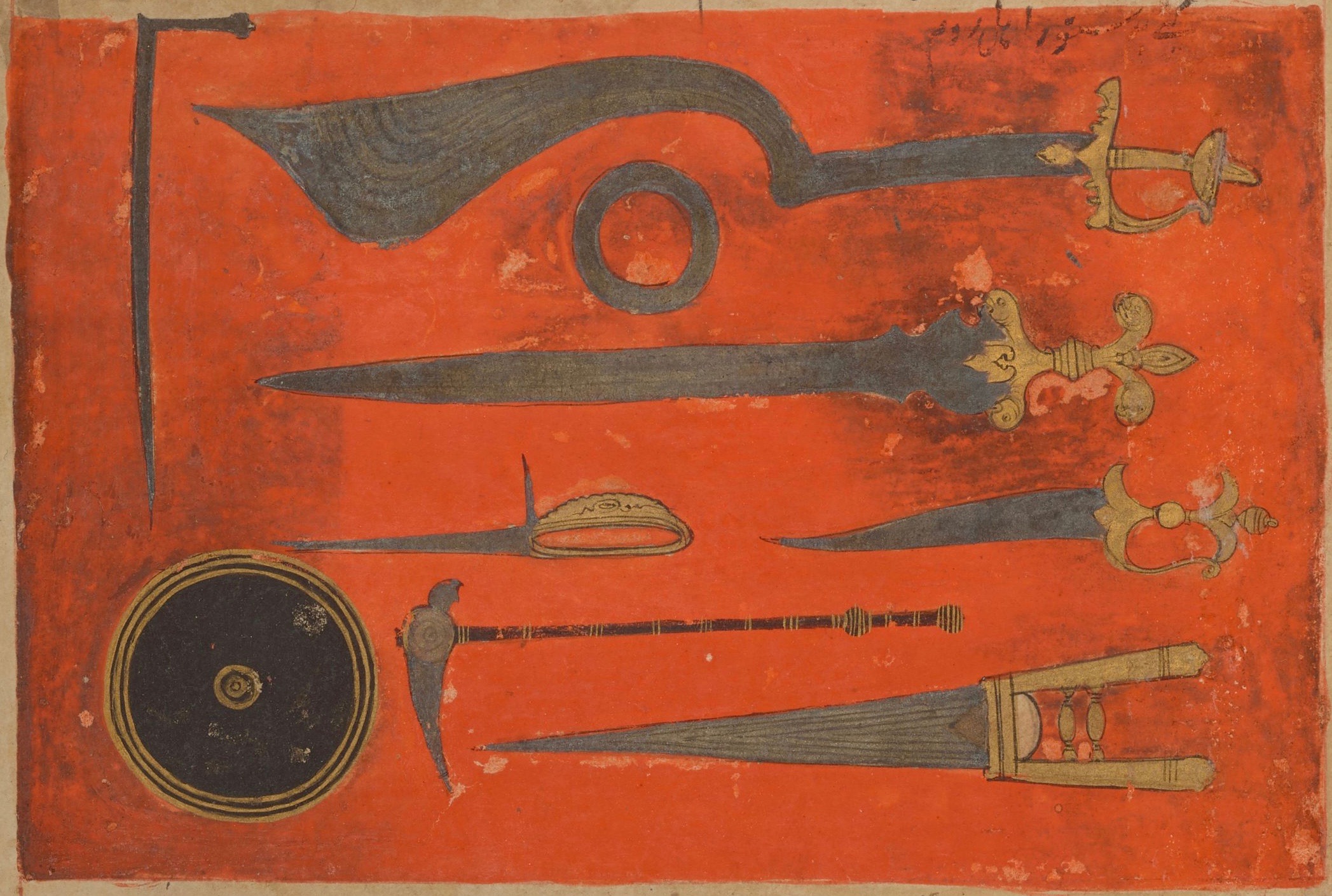 An early straight loop-hilted dagger as depicted in Nujum al-'ulum of 1570 A.D. 1

Notes to introduction
1. Nujum al-'ulum or "Stars of the Sciences", Bijapur, circa 1570. Chester Beatty Library, accession number: In 02

A nice example built around a narrow, double edged blade which may be a European import. The blade is attached in the southern style, riveted to with langets reaching over the base of the blade. There is a small guard consisting of two quillons that curve forwards and end in bud shaped finials as seen commonly on khanjarli and chilanum.

The looped hilt has fine sculptural qualities and is tastefully pierced and chiseled. It has a beaded rim and row of piercings in a style commonly associated to Tanjore, the former capital of the Vijayanagara Empire. At the very top is a nicely finished bud-shaped finial, reminiscent of those seen on chilanum.

It survives with its original scabbard, made of two pieces of wood that were covered with fine, black, book binder quality morocco grained leather.

With very few comparables this item is not easy to date, yet it has features quite similar as those seen on khanjarli and chilanum that generally date from the late 16th to early 18th century. With the decoration that relies solely on geometry and not on gold or silver decor, I think a 17th century dating is not unreasonable.

Very good condition for age. Signs of former corrosion on hilt but still with relatively crisp details. Blade free of pitting. A split in the wood of the scabbard, but held together well by the leather. A split in the leather near the tip, see photos.

A nice example of a rare form of straight dagger that was in use in the Deccan from at least the 1570s. It has an attractive hilt with nice sculptural qualities and an excellent quality blade. 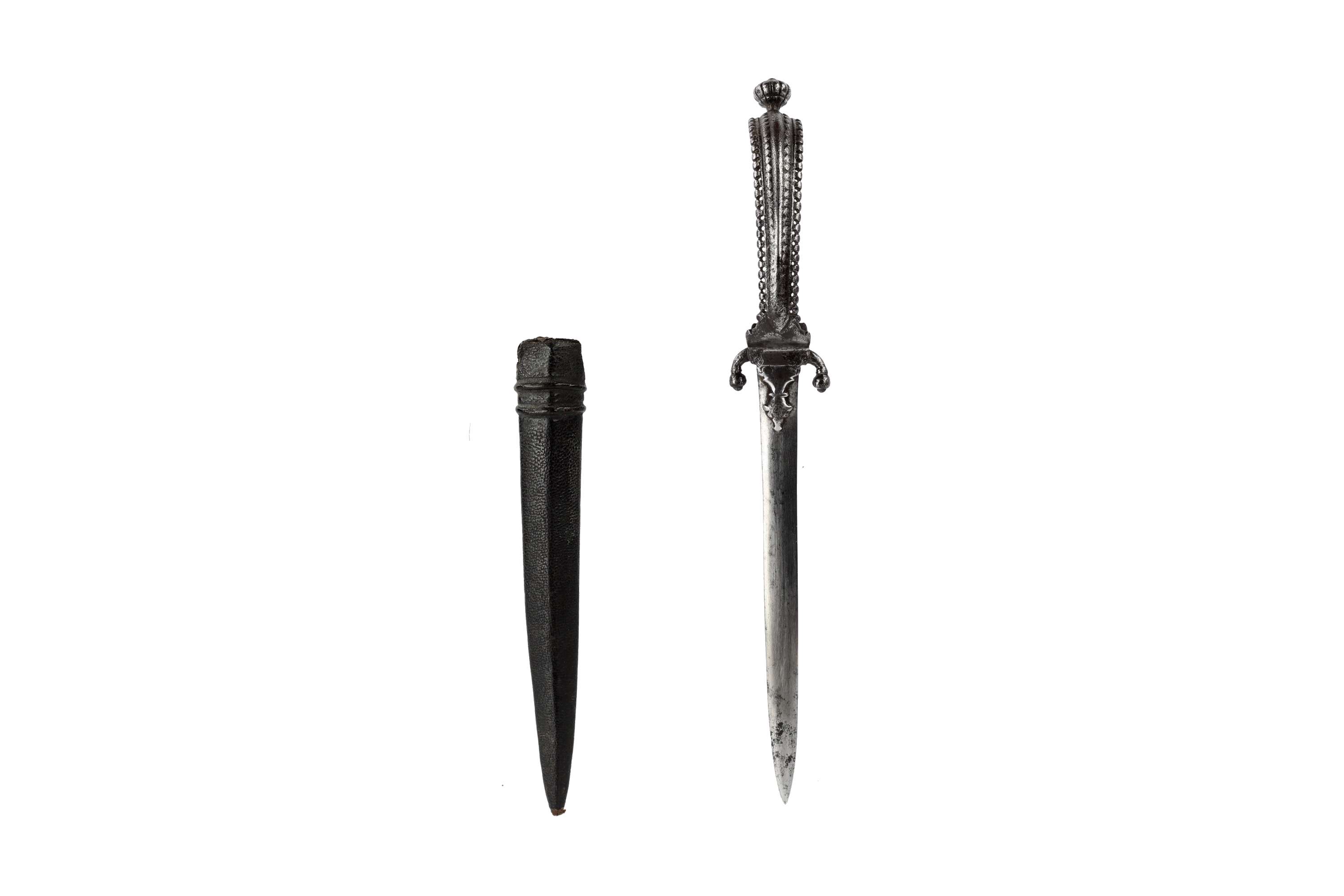 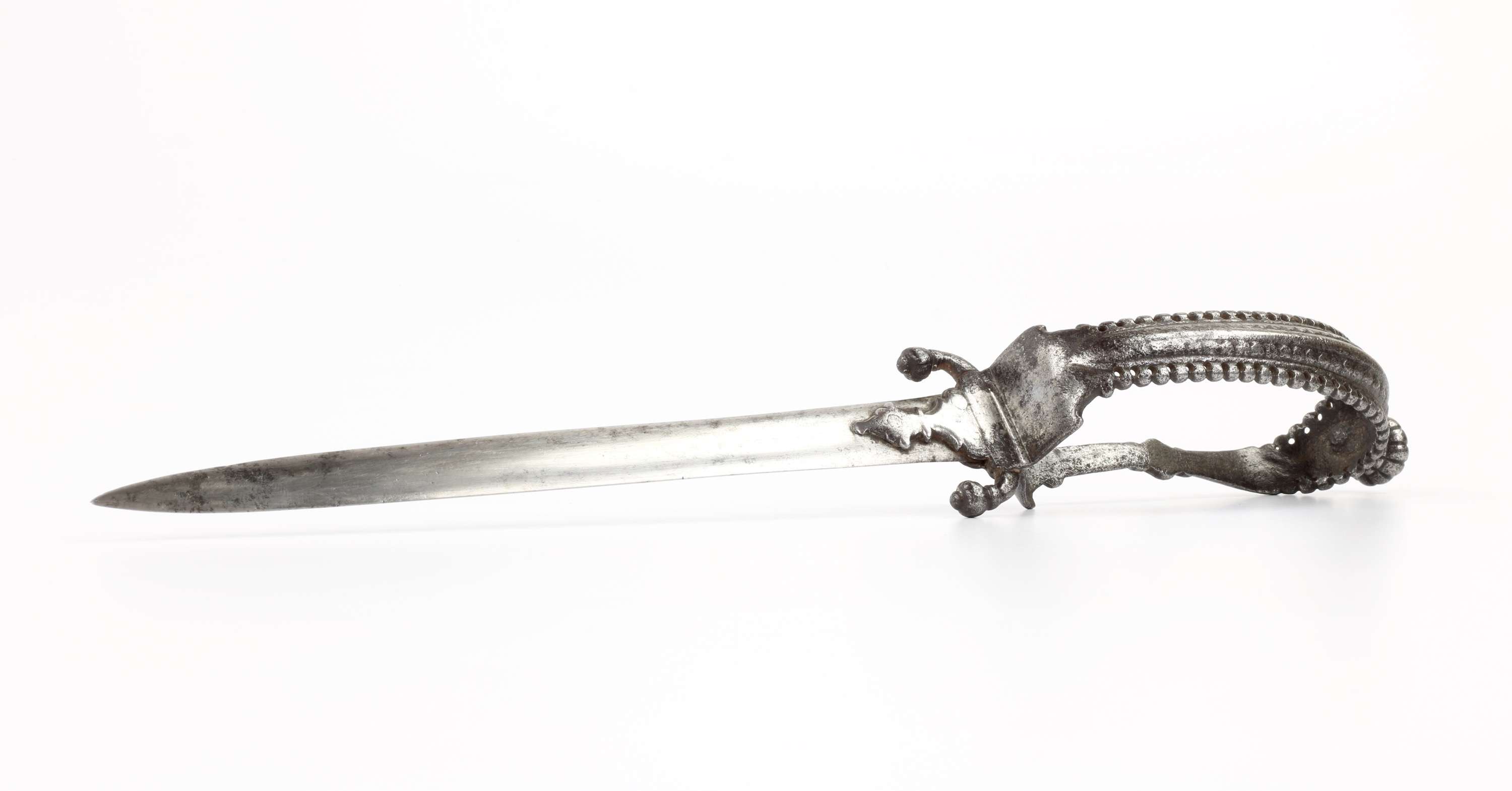 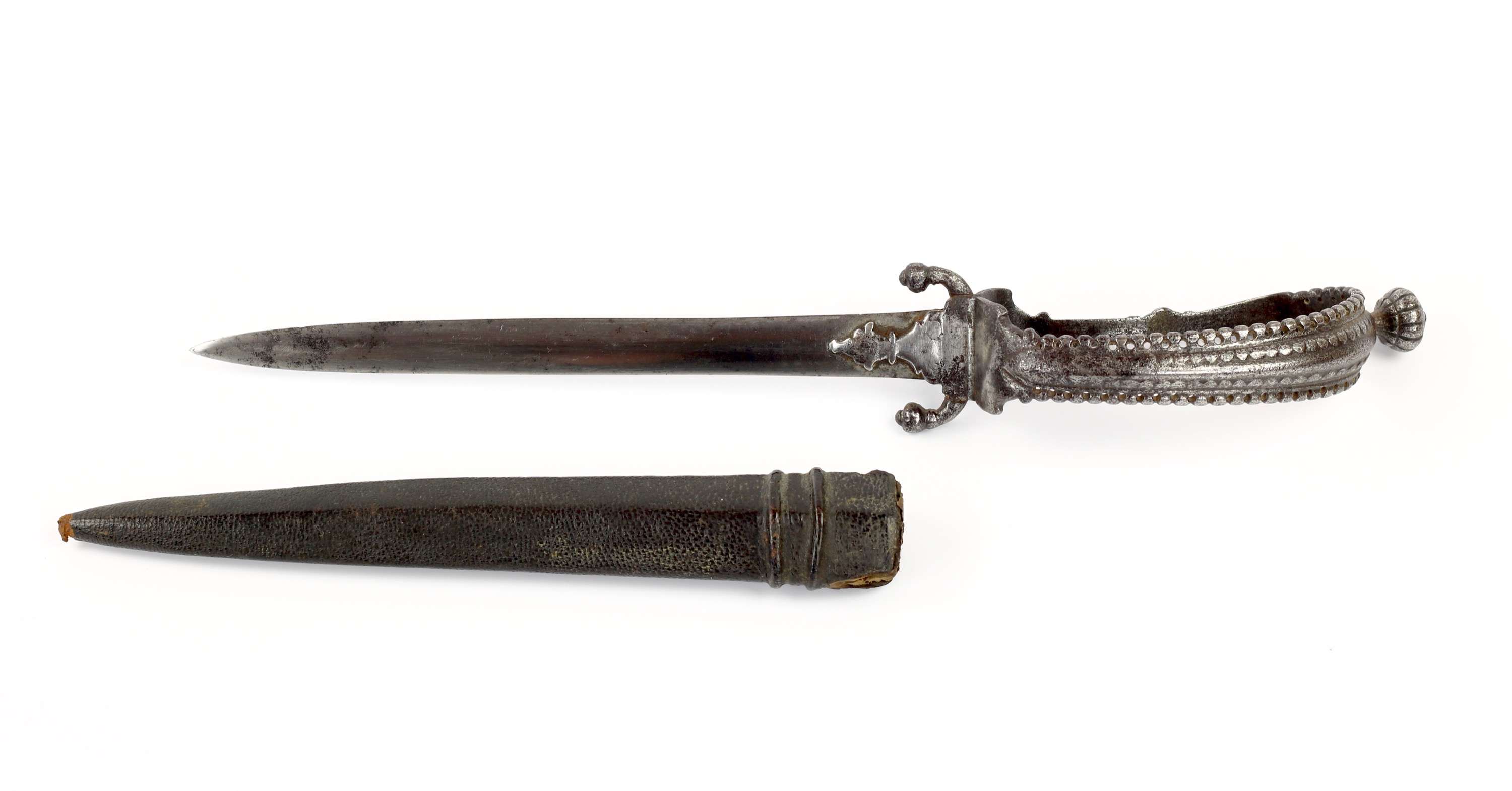 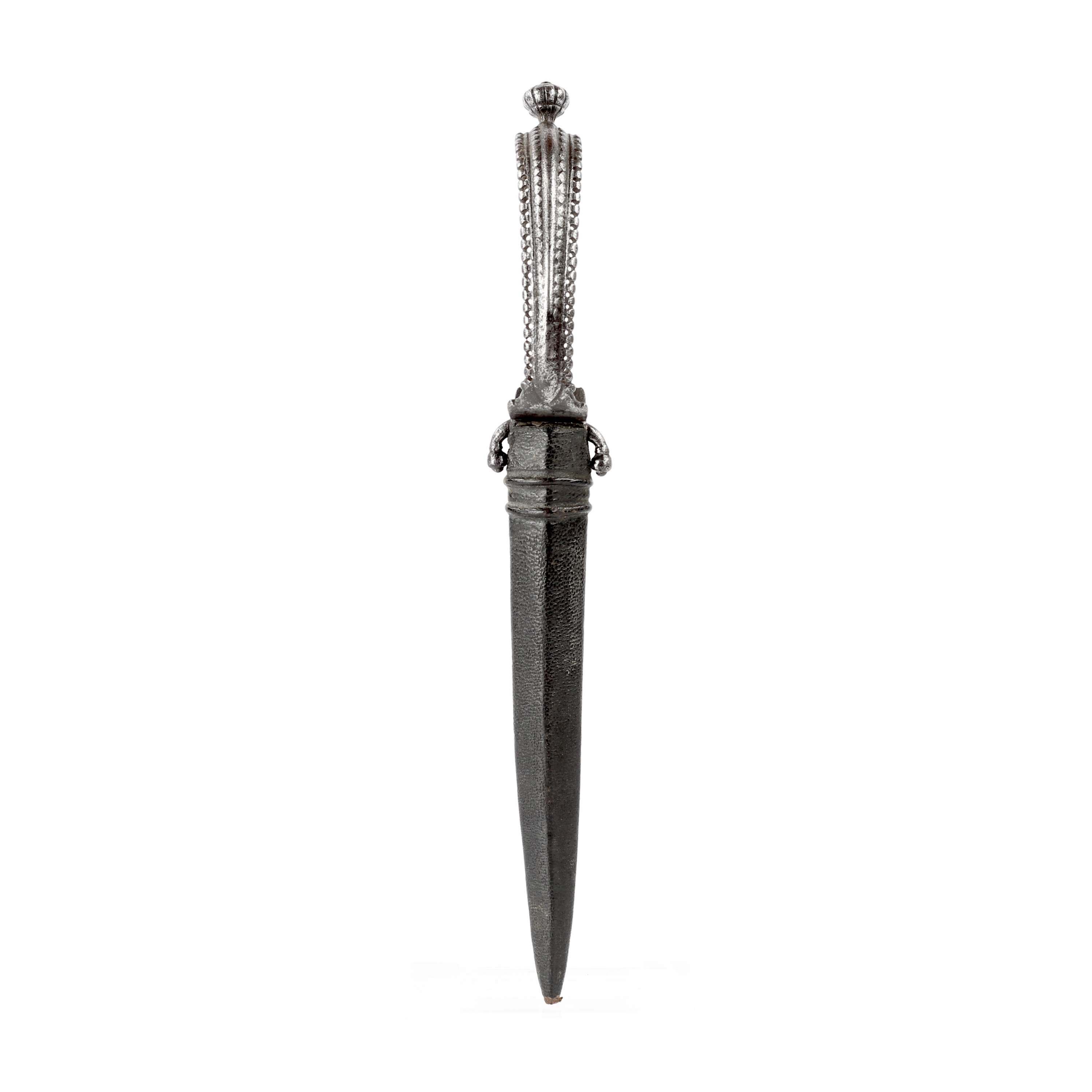 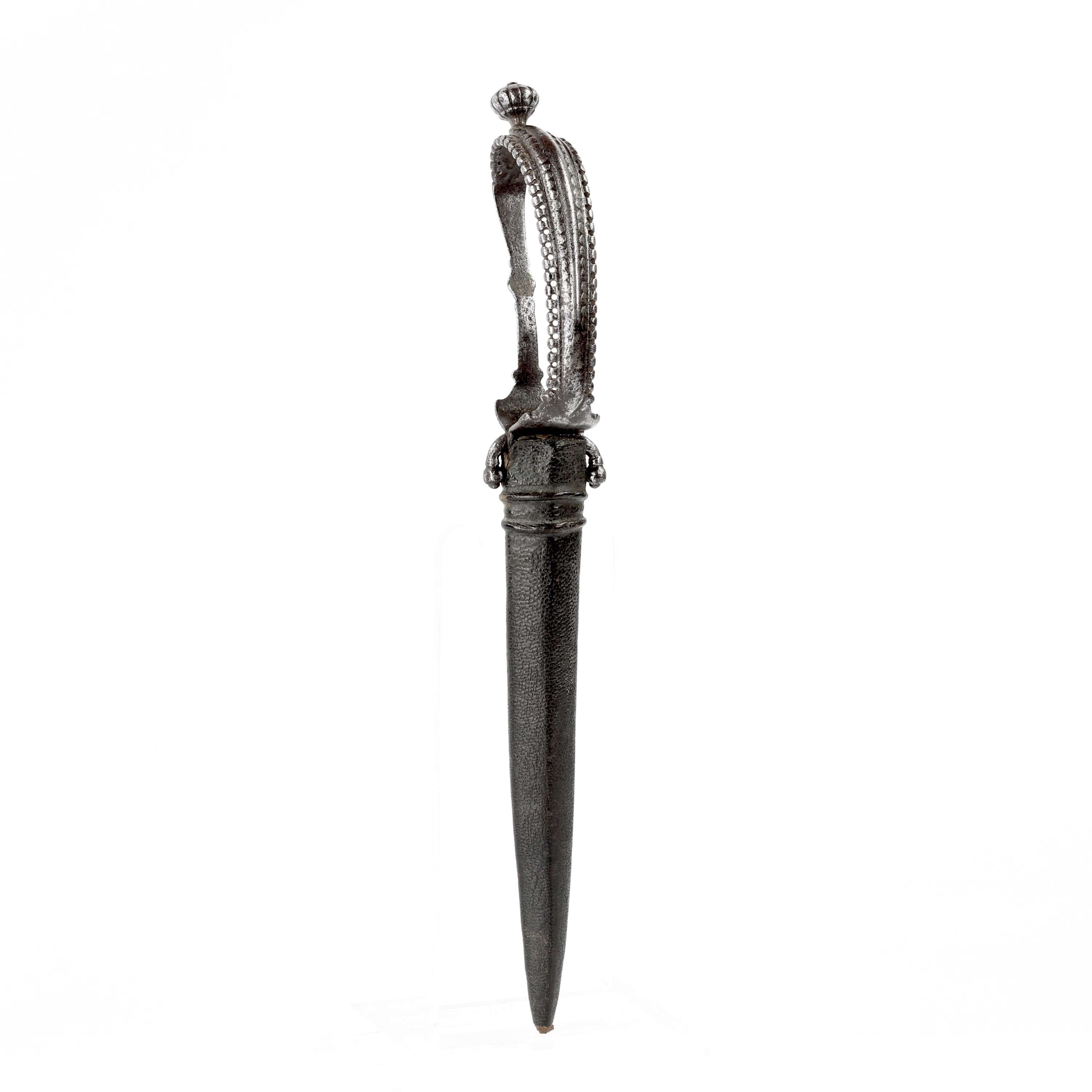 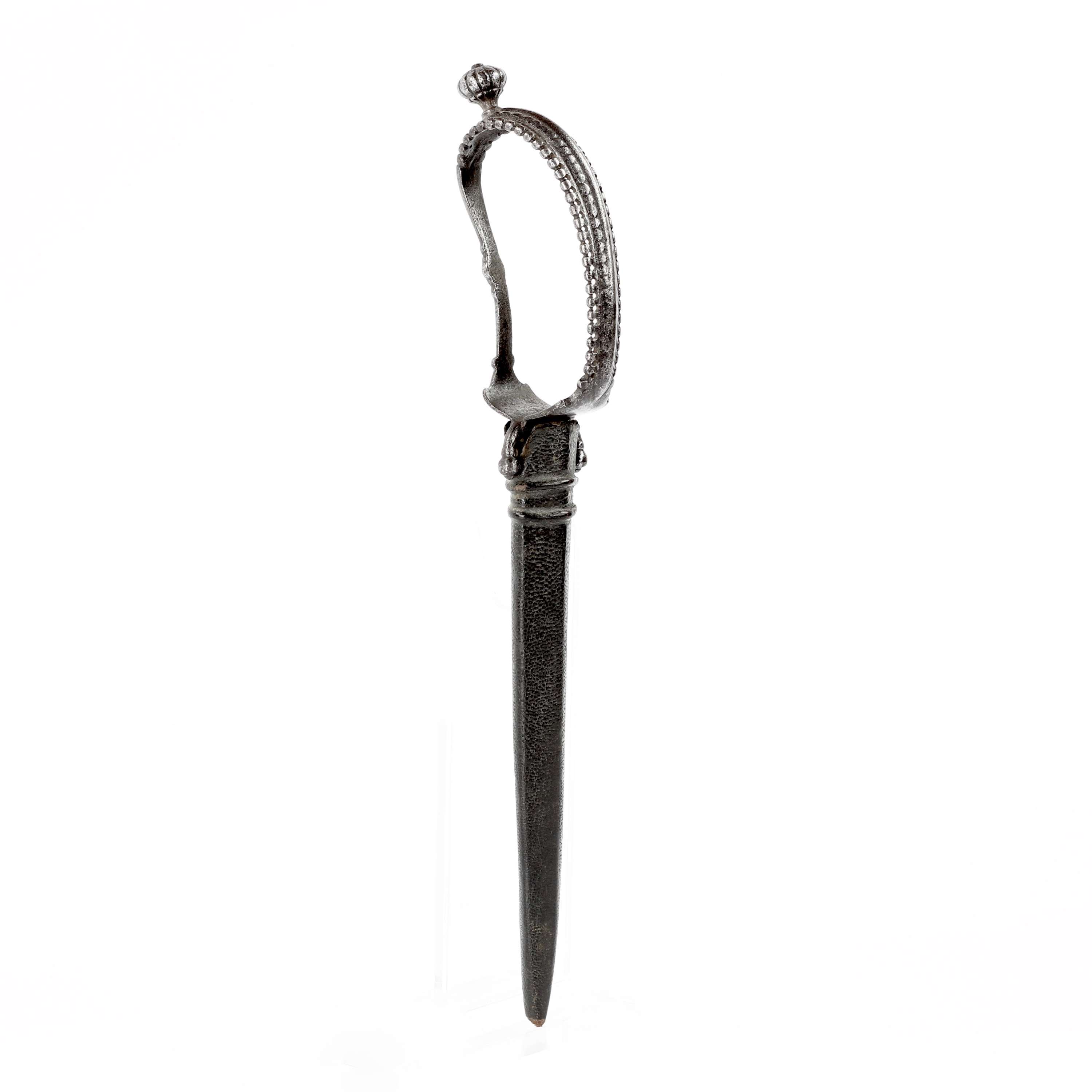 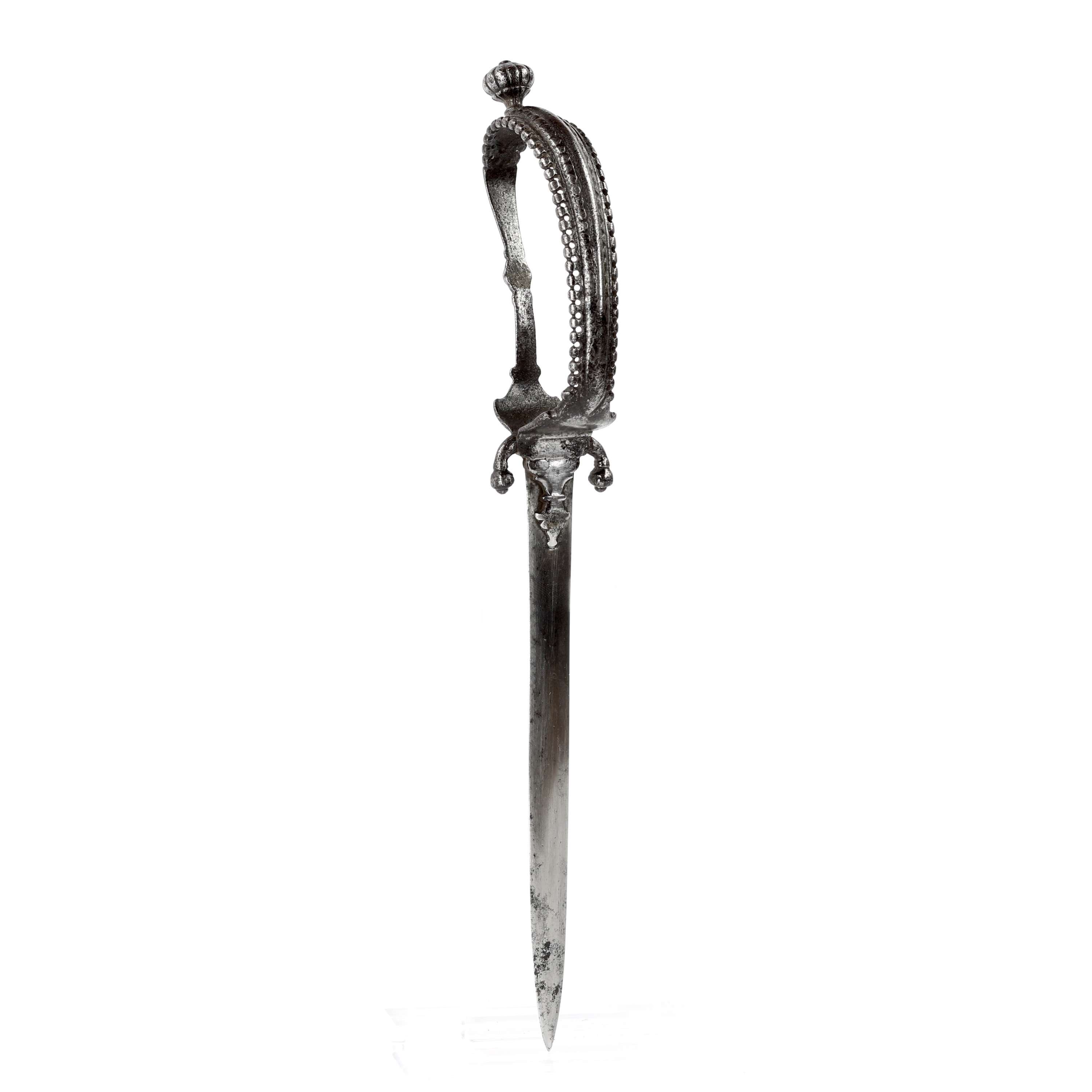 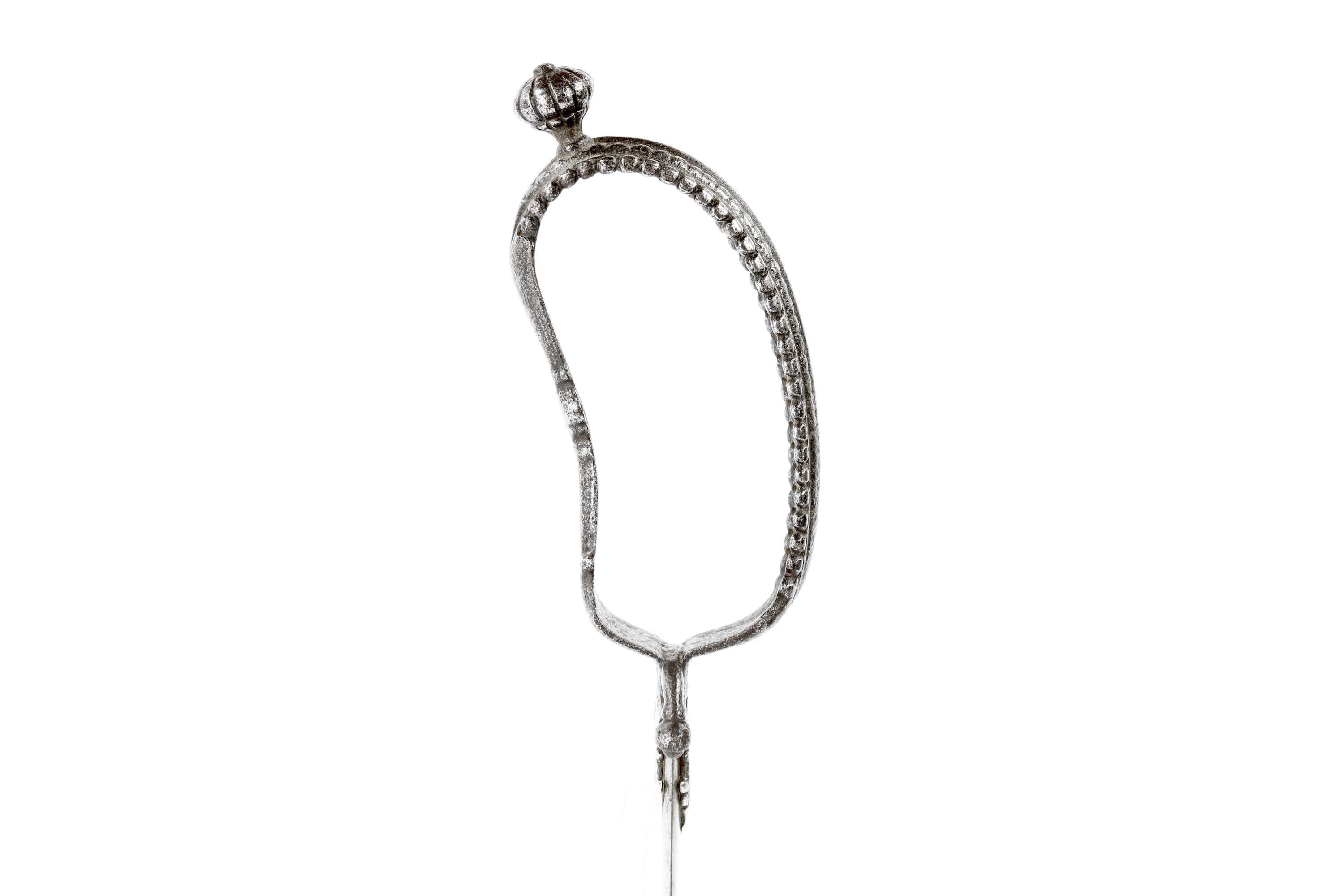 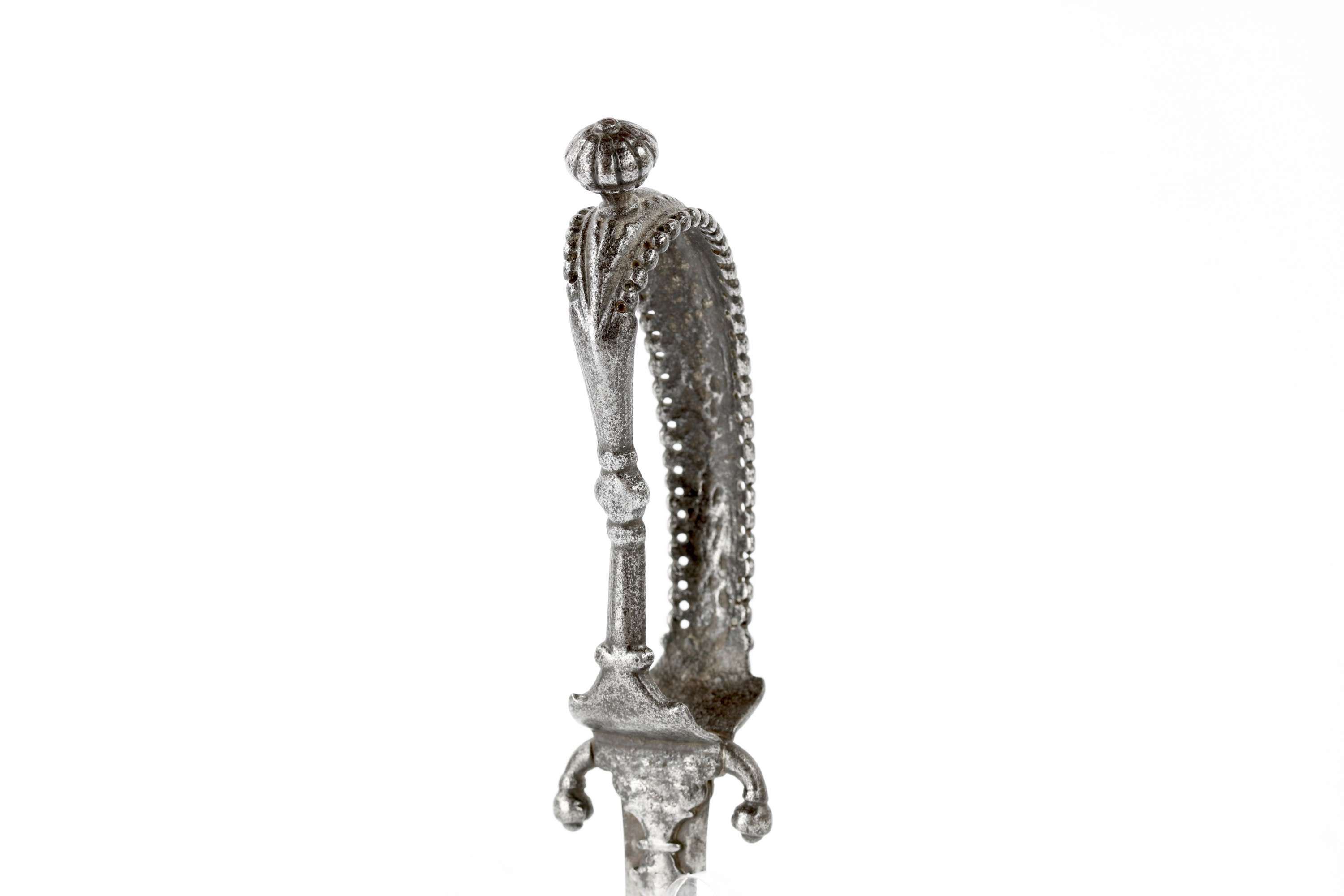 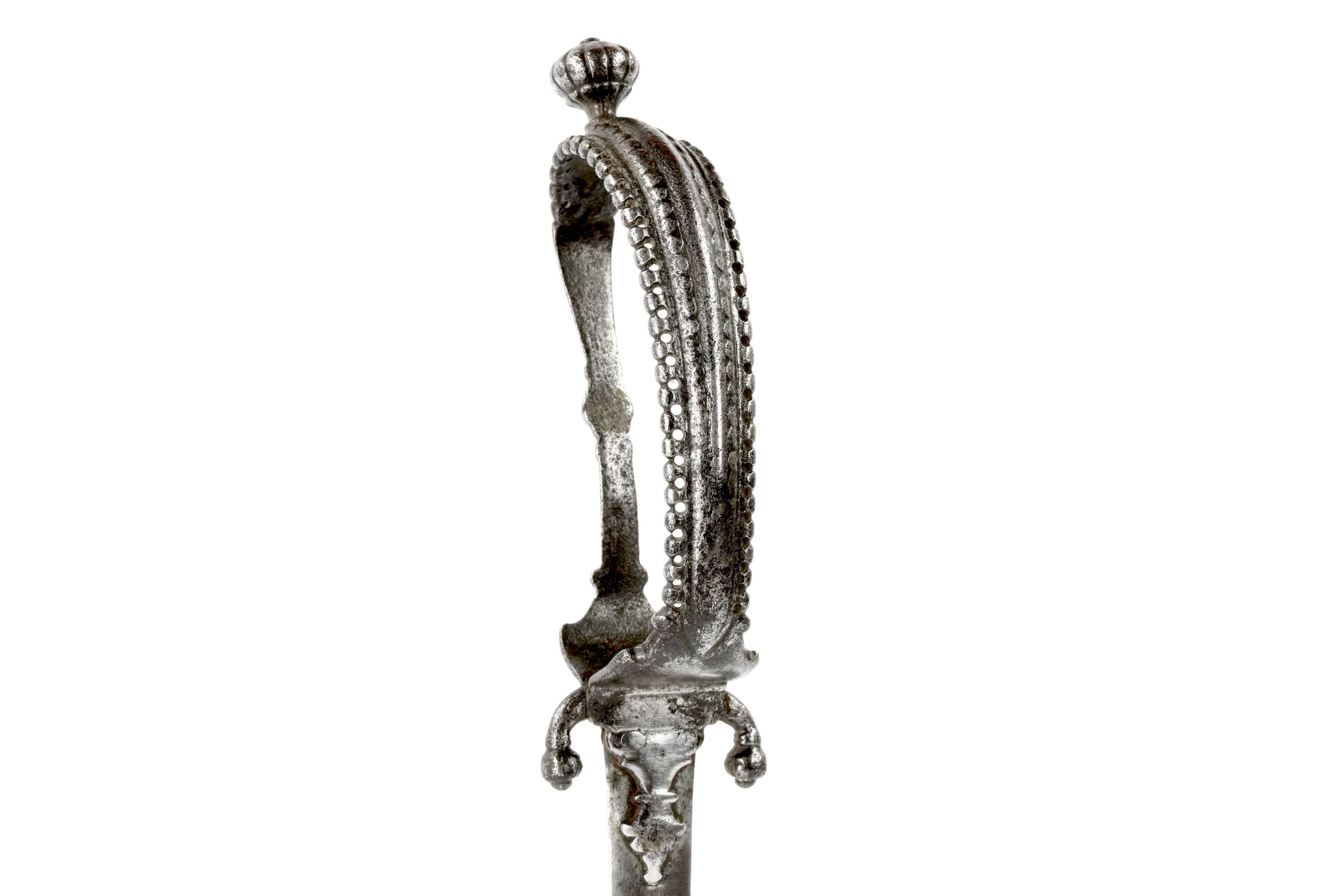 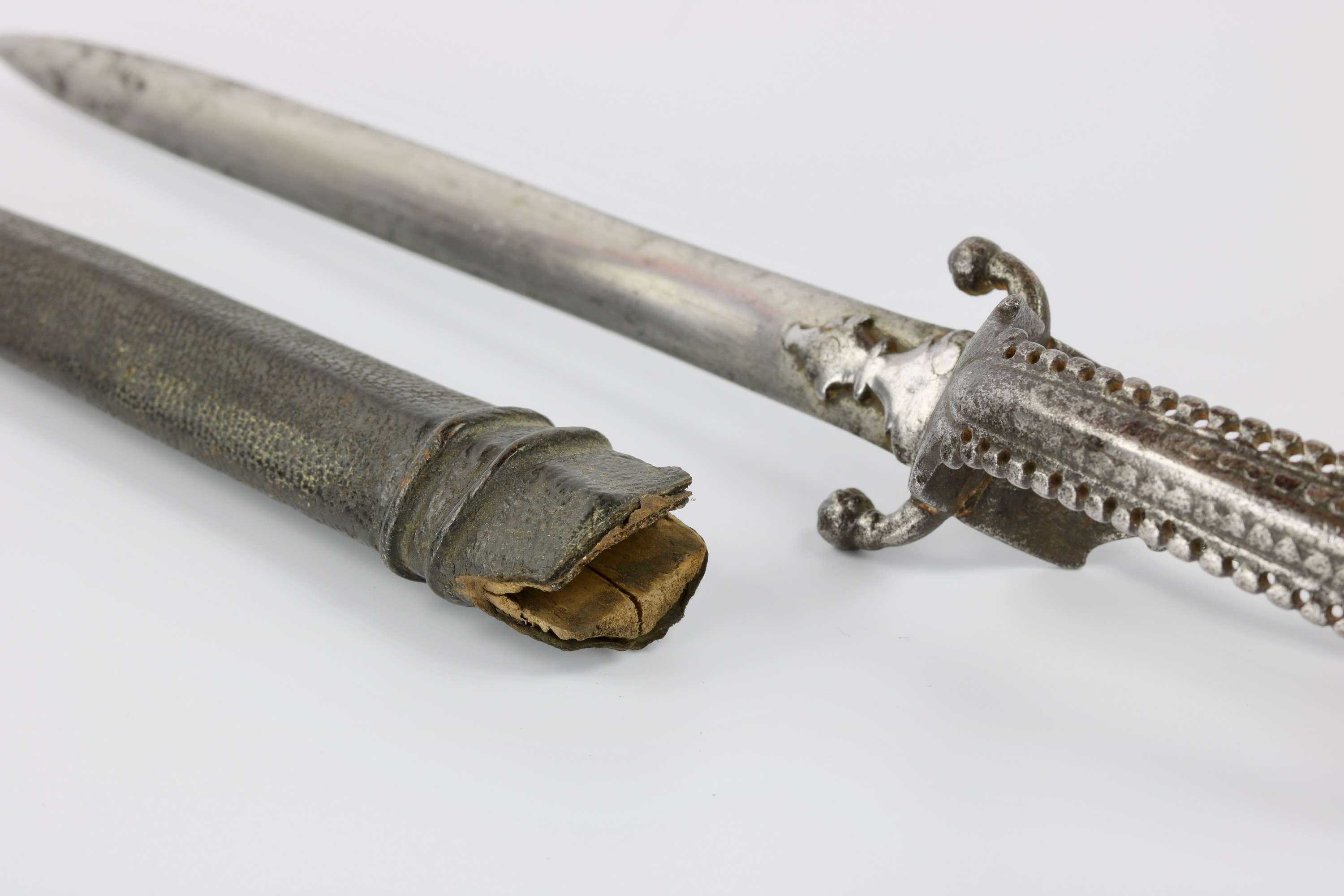 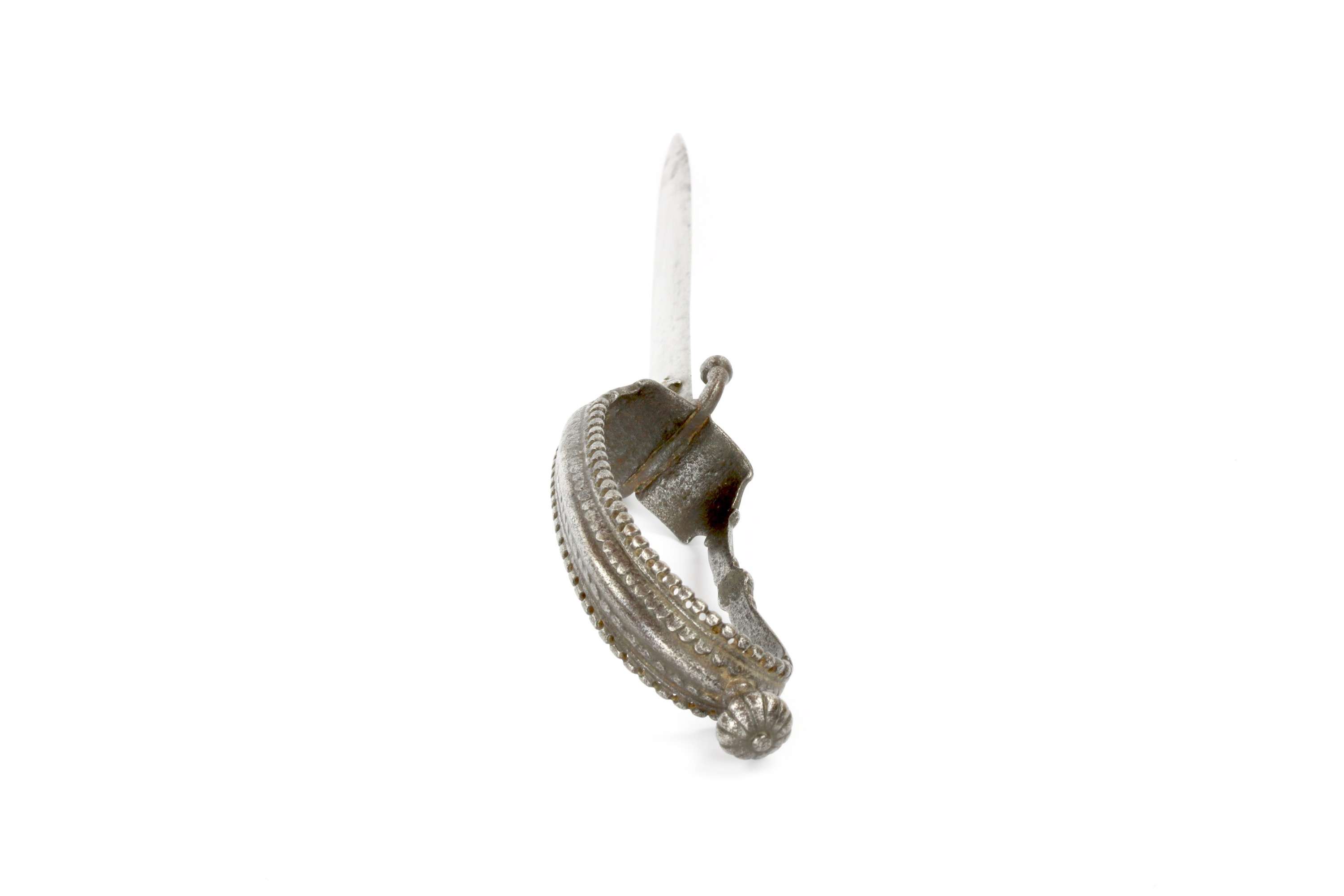 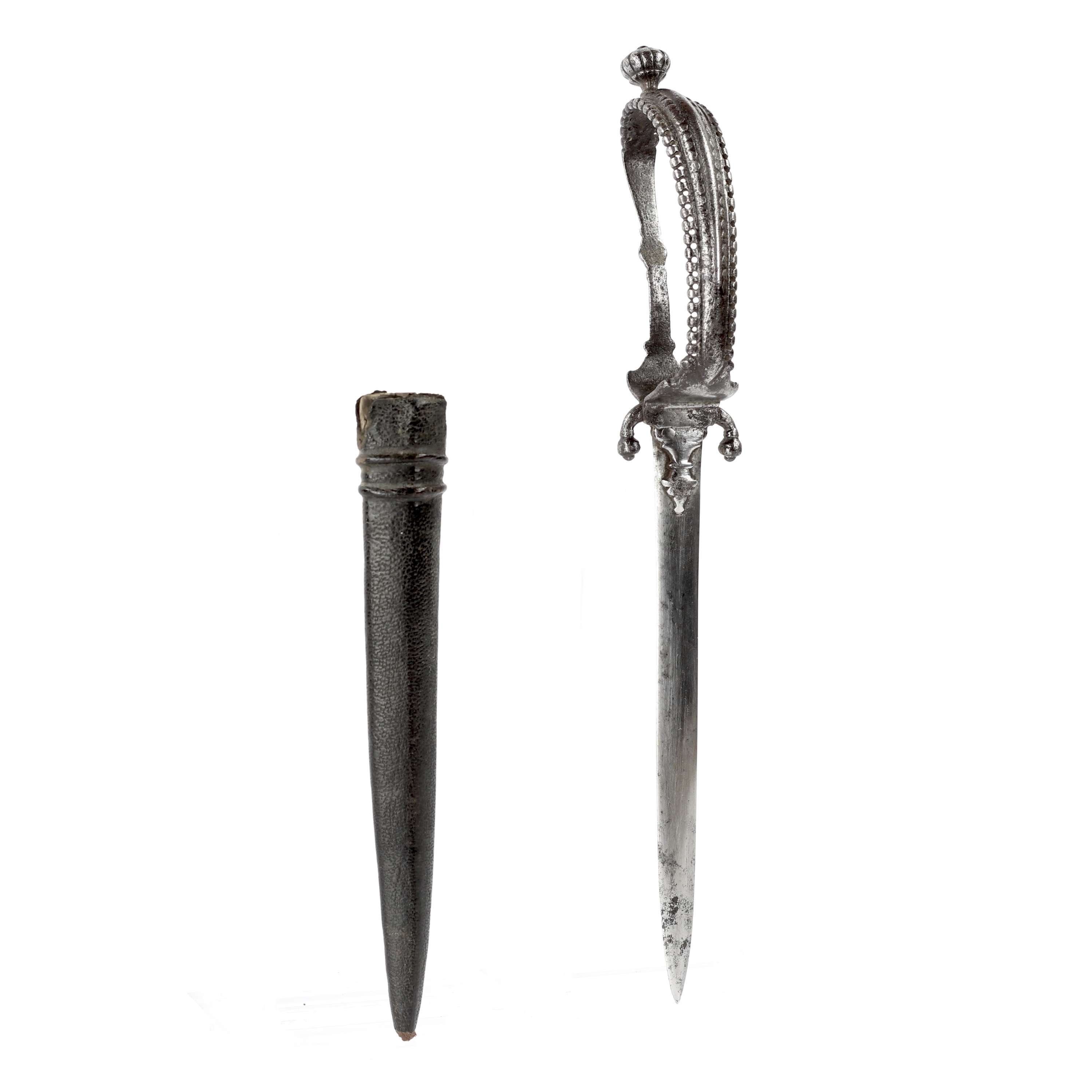