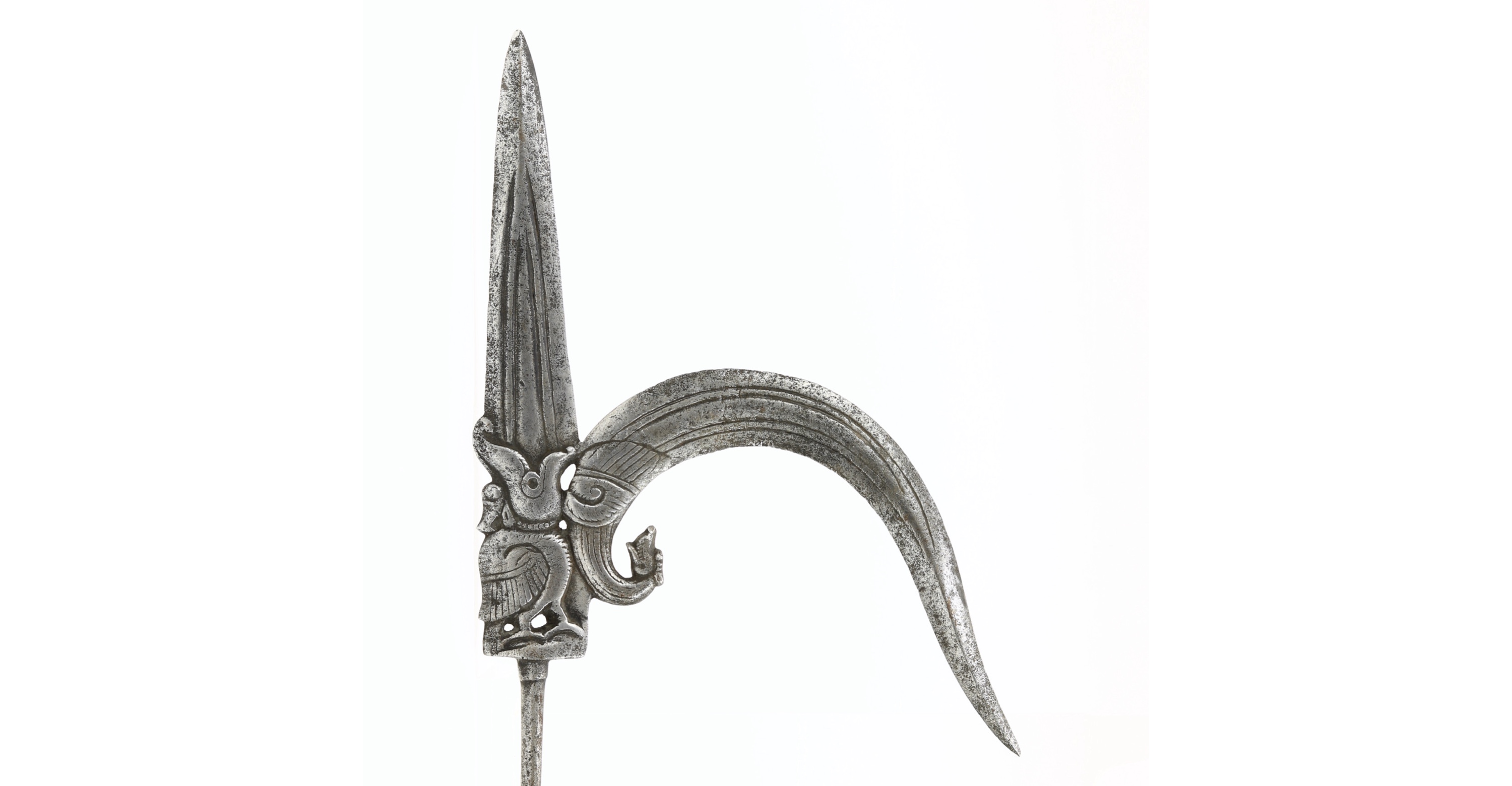 Elephants were expensive, and important and dangerous assets in the field. Those who controlled them well were of considerable importance to rulers and trusted with important tasks during processions, hunting, and warfare. The aṅkus, in that sense, was as much as a tool as an emblem of rank.

The head is mounted on a long tang with a threaded butt end. The whole was once probably mounted on a wooden shaft, with a pommel screwed at the bottom. 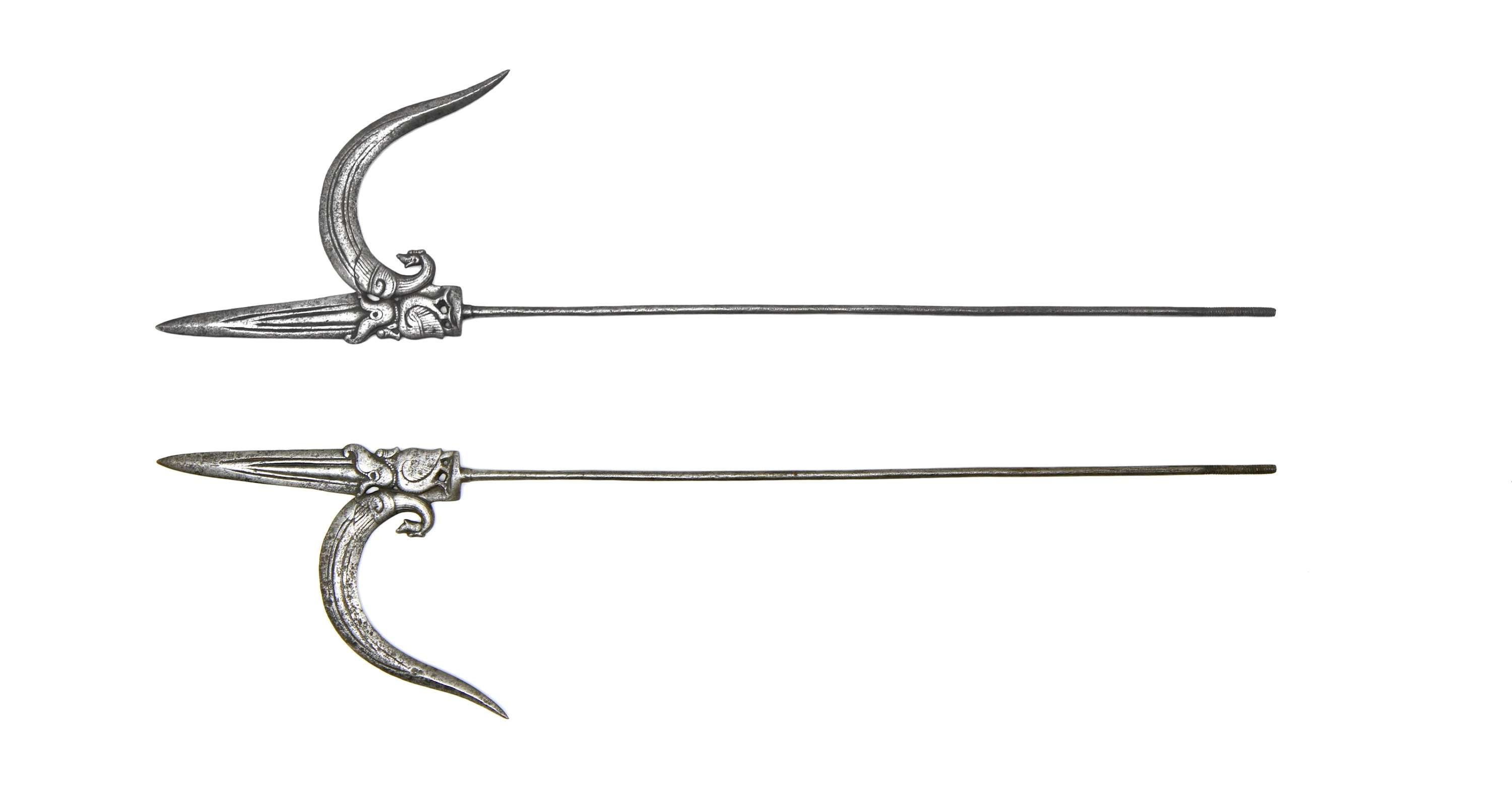 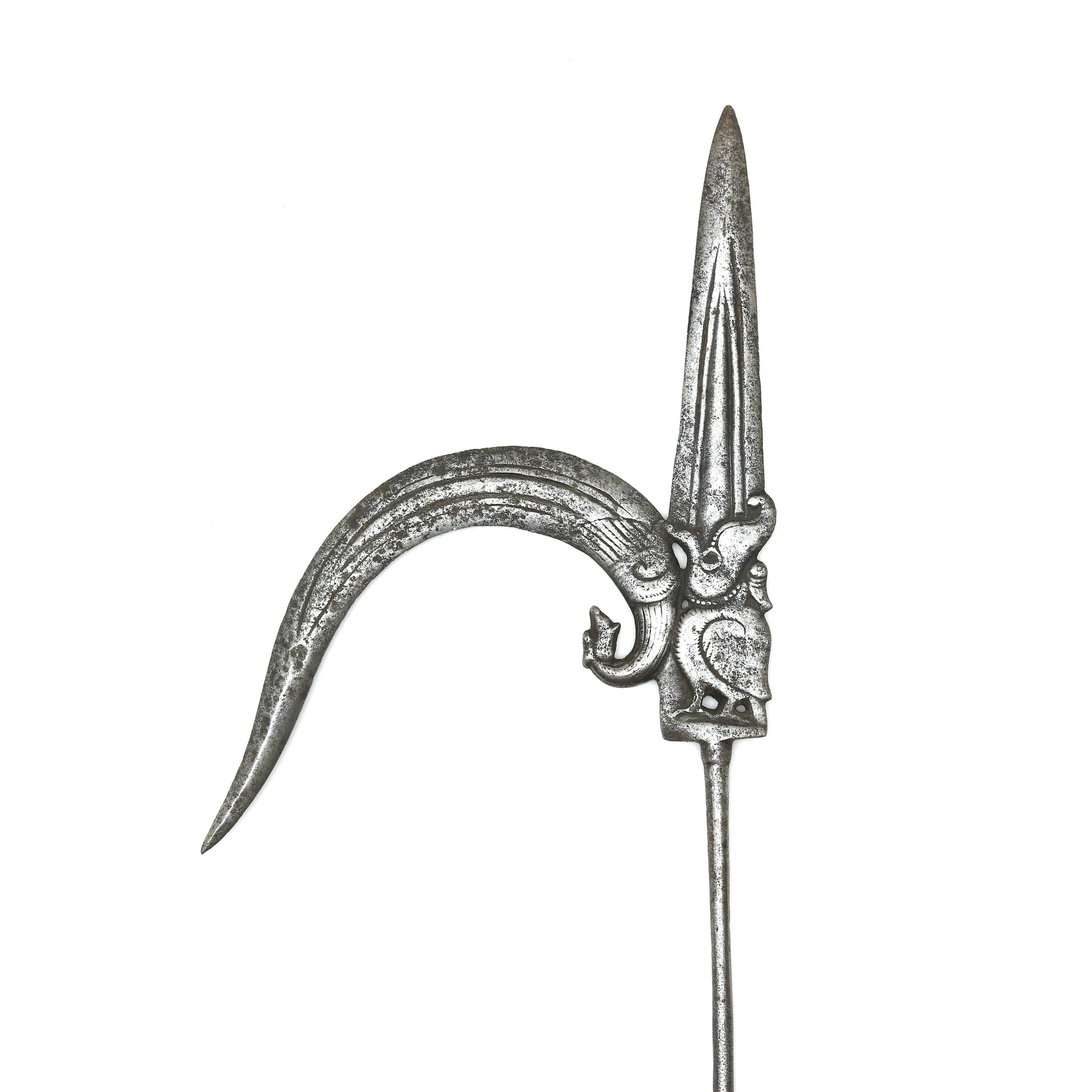 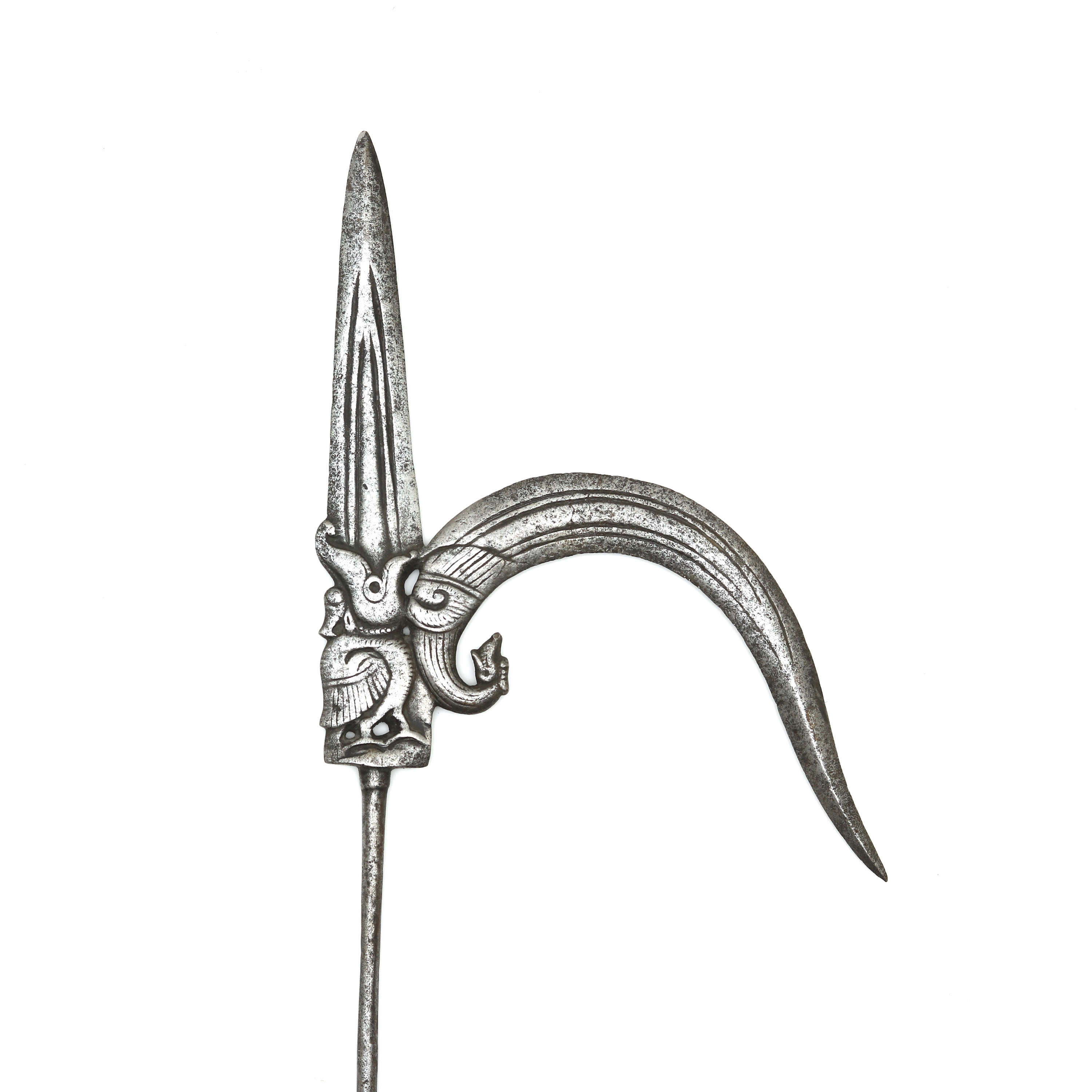 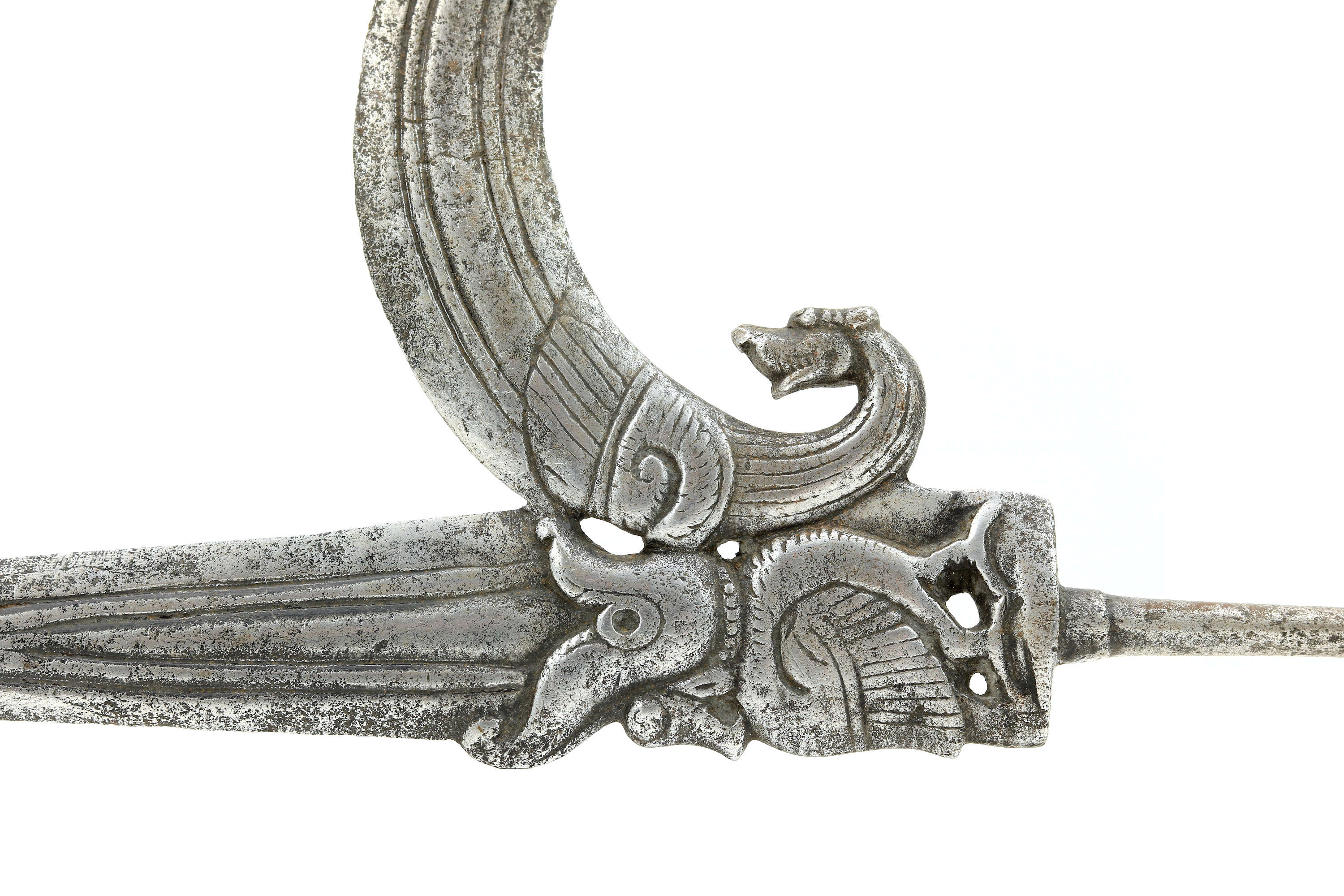 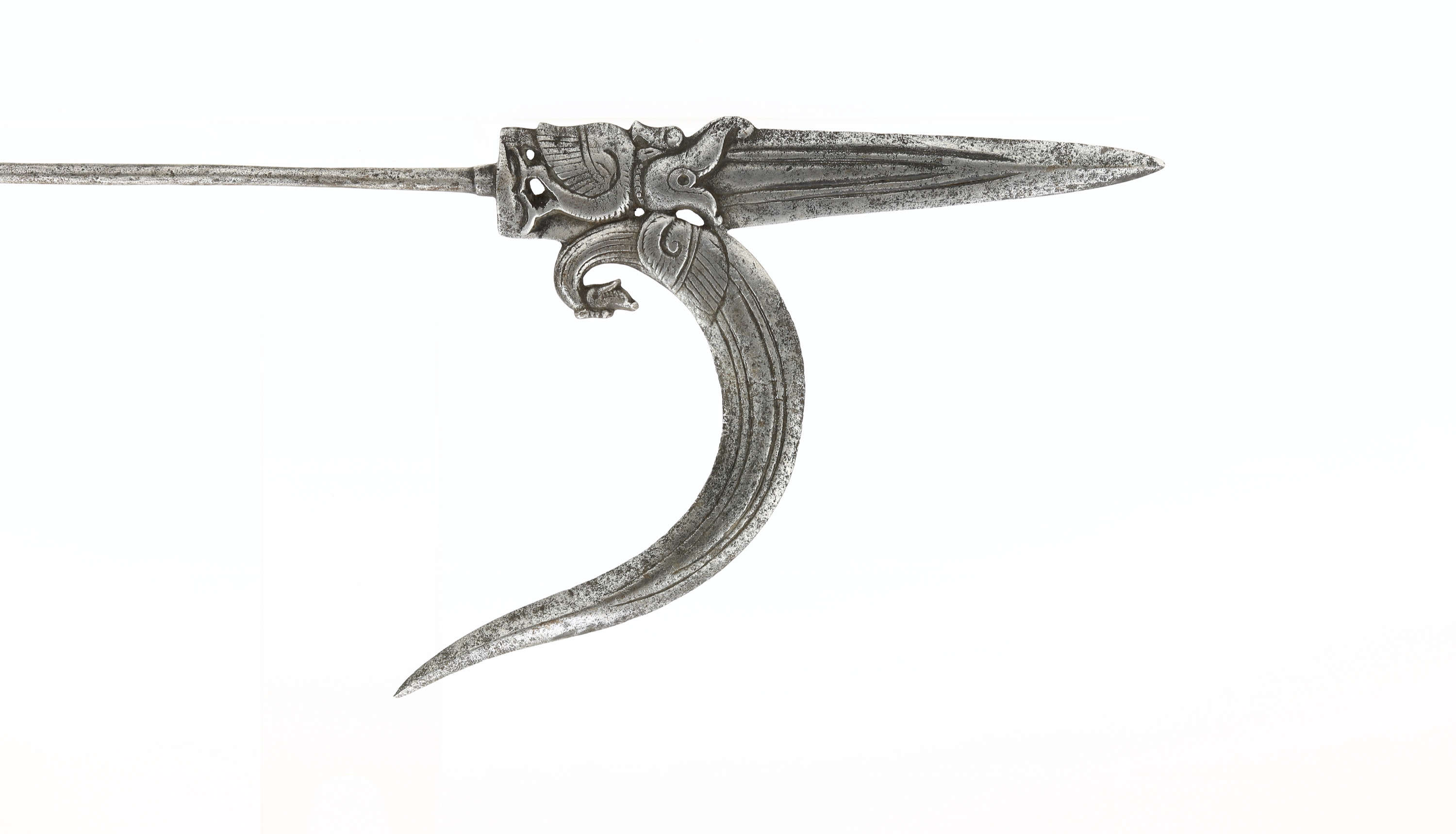