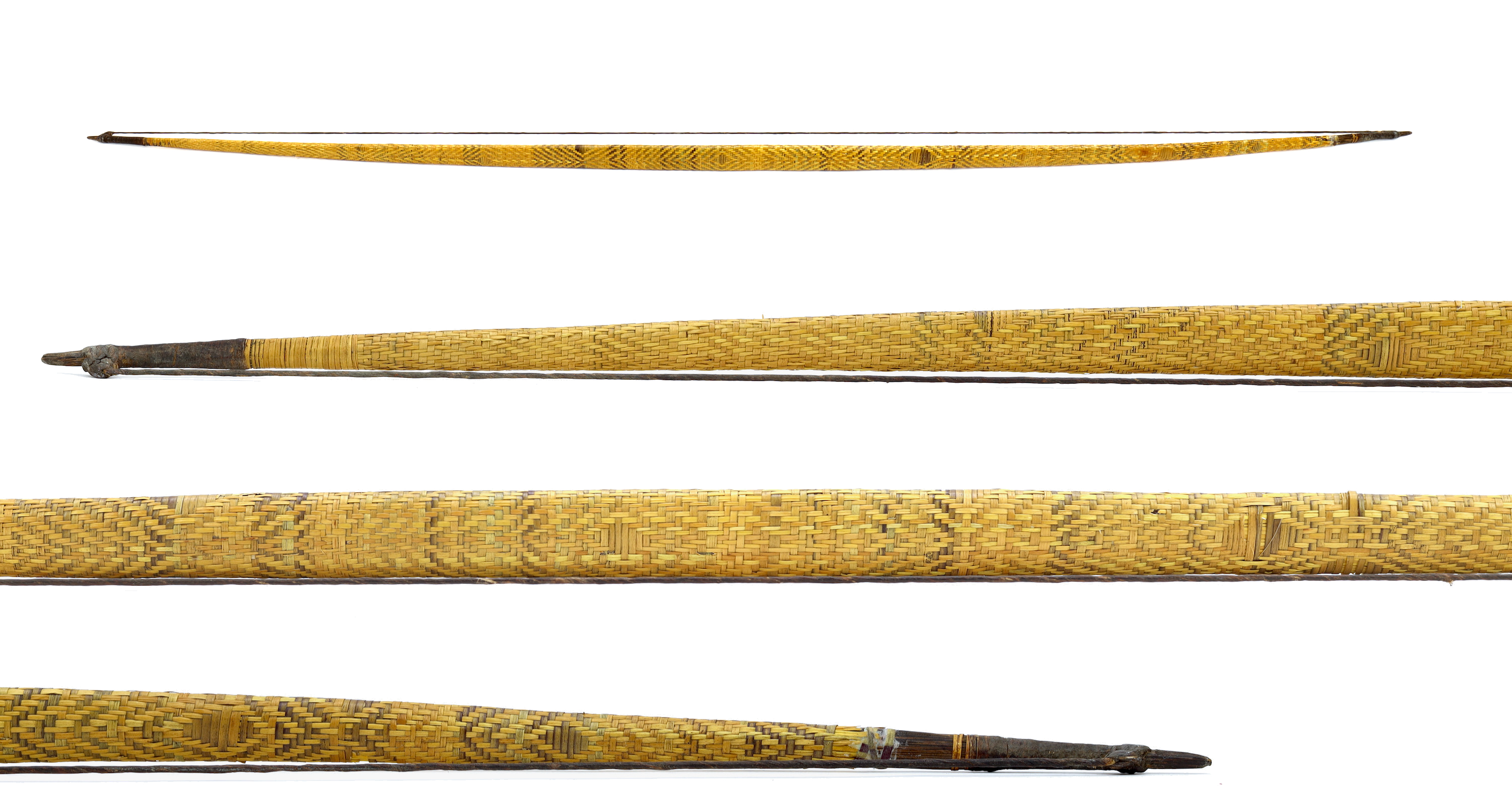 Made of palm wood, covered entirely with plaited orchid raffia. The string is made of plant fiber, permanently attached with a knot with gum on either side.

Similar bows have been acquired from the islands of Bougainville and Choiseul.1 Most seem to date from the late 19th to early 20th century. See for example a bow in the British Museum, originally acquired by Charles Woodford on the Solomon Islands between 1895 and 1905.2

In pretty good overall condition. It is in better shape than the ones obtained from several expeditions, now held in the British Museum. Some minor losses to the plaiting, and some wrapping lost near one tip, exposing the palm wood. See photos.