According to Clough's Dictionary of Sinhalese of 1897 the five main weapons of the Sinhalese were the sword, spear, bow, battle-axe, and shield. This combination was already mentioned in the Mahavamsa ("Great Chronicle"), an epic poem of the 5th century on the history of Sri Lanka.1

Despite this, little is known about Sinhalese spears. Deraniyagala and Parker mention several types, yet many other types remain unnamed or not described at all.2 Despite the scarcity of source material, Sinhalese spears are often easily recognizable by their style and workmanship.

A rare example of a Sinhalese spear. Its steel tip with triangular blade is decorated with lotus buds chiseled in relief.The elongated neck has two steel bolsters, both bordered with decorative chiseling of stylized lotus buds.

Top, the chiseled lotus bud decor on this Sinhalese spear.
Bottom, similar work on the base of two Sinhalese knives in my collection.

The head is connected to the wooden shaft by means of four steel strips that are sunken into the wood. Each strip is riveted through the shaft, to the strip on its opposite side. The strips on the edge sides are longer than the other two, as reinforcements for lateral cutting movements. The spear shaft is still original, made of strong, dense wood. The shaft swells somewhat near the end, a thickening that adds weight and provides balance.

At the very end is a rounded steel butt piece for protection and counter-balancing, also attached by means of a rivet that goes through the shaft. Judging from the overall contours I believe the shaft retains its original length. Only the black lacquer is a later addition.

Because of their rarity, Sinhalese spears are absent from even some of the most notable collections of Asian arms. A nice example of a very rare type of weapon from the Sinhalese arsenal. 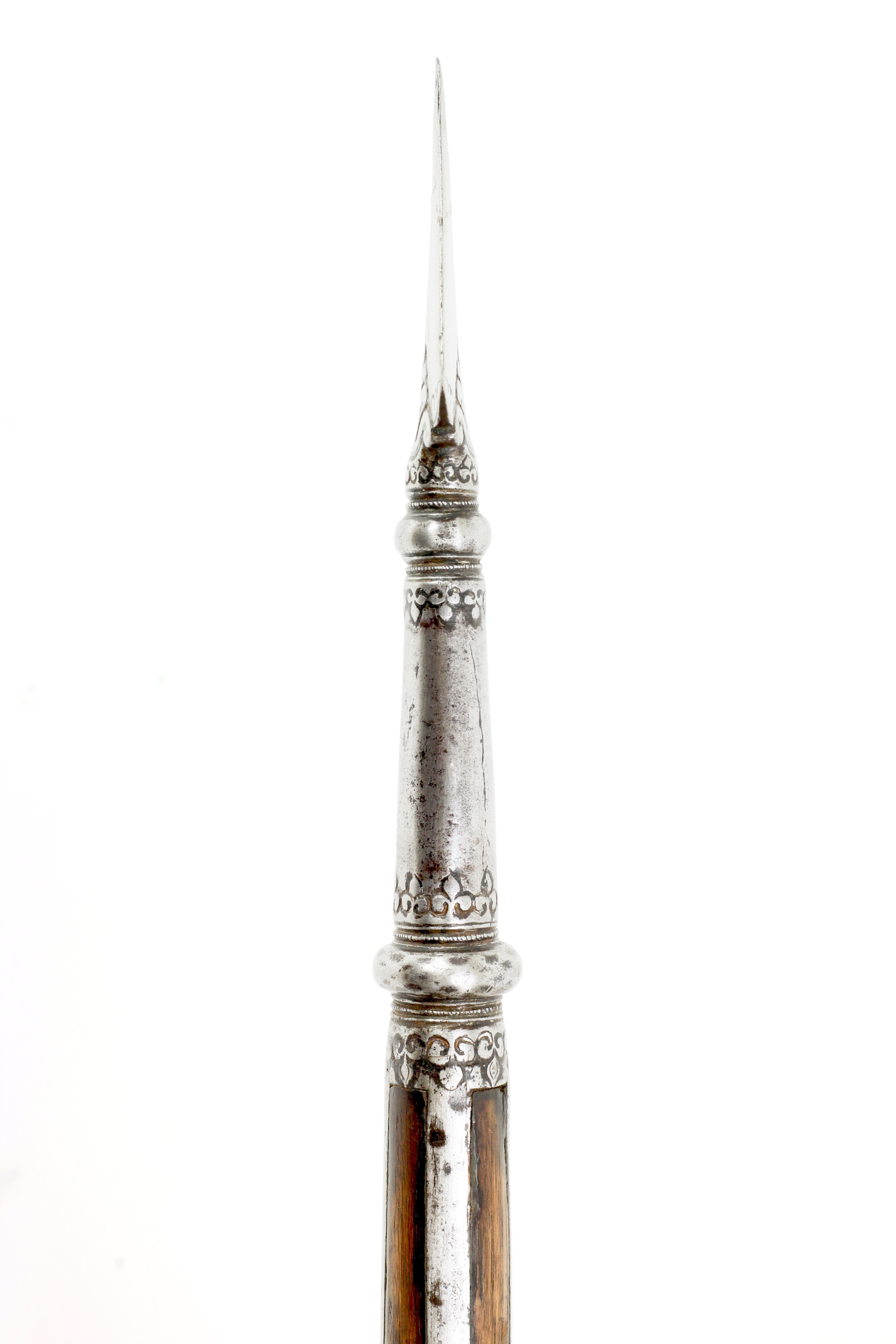 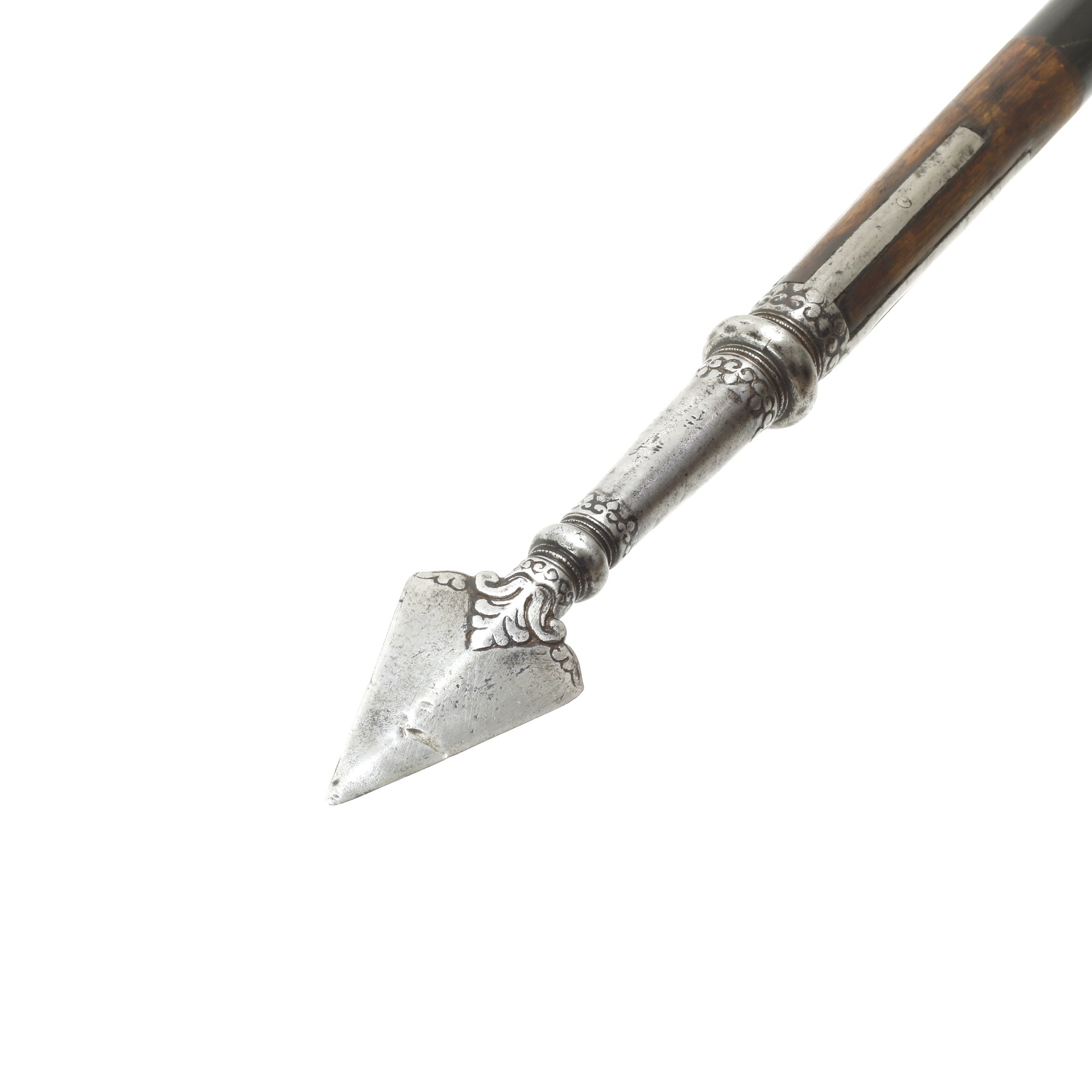 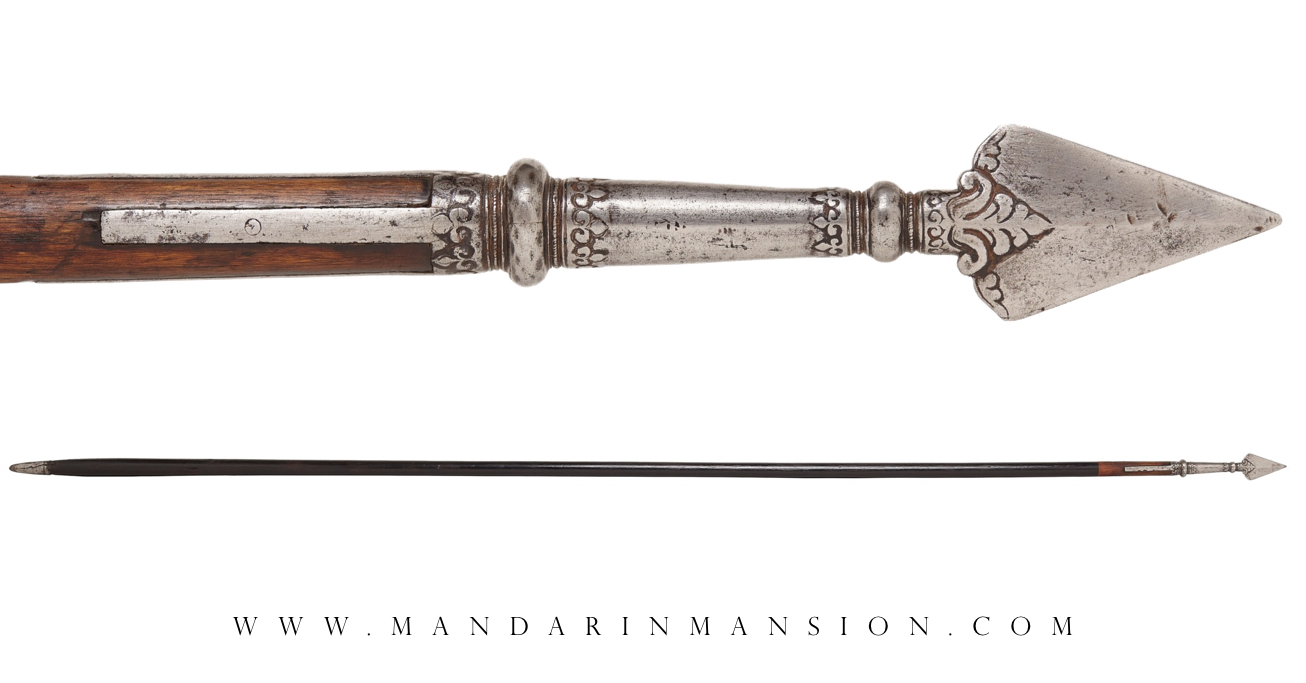