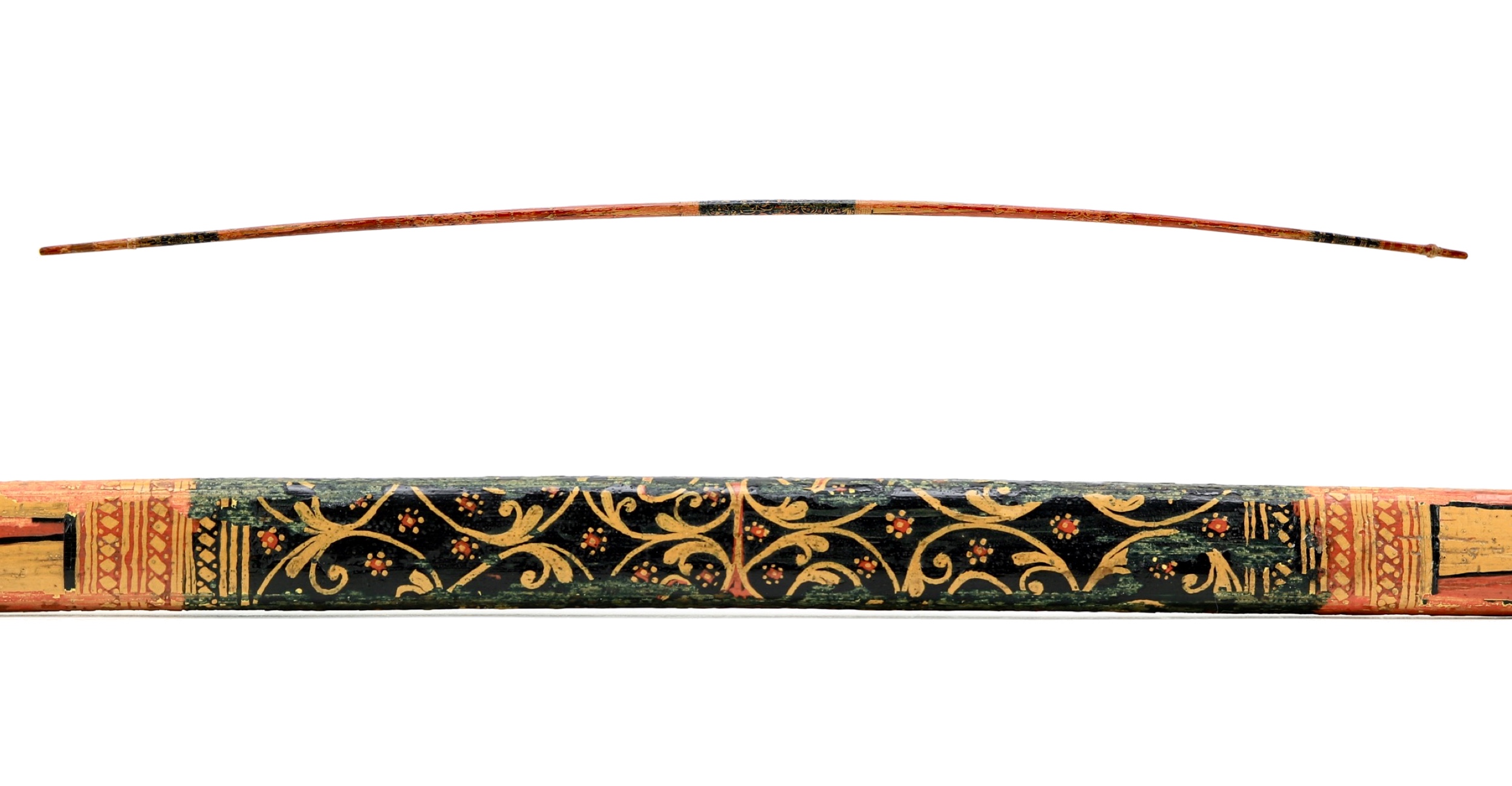 The Sinhalese had a long and well-established archery tradition. The bow was called dunna (දුන්න) and the longbow was referred to as maha dunna (මහා දුන්න) or "great bow", or usa dunna (උස දුන්න) or "high bow".1

"From the occasional references in the histories to the weapons of the ancient Sinhalese, it can be gathered that the Sword and the Bow were the ordinary arms of the people, and were often carried by the chiefs and sovereigns, at any rate when they were engaged on warlike expeditions."

"Talipat leaf bows (Fig. 205) are slightly flattened on the outer side; all the rest are of a circular section throughout, the better kinds are highly decorated, being covered with effective patterns in stick lac of various colours, chiefly red, yellow and black, and in early designs also green." 2

A Sinhalese lacquered longbow. It has a flattened D cross-section, which is somewhat rare among Sinhalese bows which tend to be round in cross-section. It may be one of the Talipot (Corypha umbraculifera) leaf bows mentioned by Parker.

It and tapers gradually to both ends. There is a thickening near one nock, where the string loop would be secured. The string would have been permanently attached to the other end, but is now lost.

The bow was once completely covered with a base of cinnabar red lacquer, over which various typically Sinhalese designs were applied.

This kind of lacquerwork did not involve a brush, but rather the thick lacquer was applied hot with a stick. This type of work, known as Mātale work, was mainly done in Hapuveda.

It was also referred to as niyapoten vẹḍa or "finger-nail work" because the lacquer lines were cut with the fingernails, creating the distinct angular dots and abrubt ends of lines so typical of this kind of work.1

Compare the motifs seen on the bow with the descriptions in my article Sinhalese lacquer work.

Unfortunately, the bow's fine decoration was not very well preserved. There is still enough of it present to make the piece collectible. I adjusted the price accordingly.