The Sinhalese knife is called pihiya and according to Deraniyagala the smaller, more delicate ones that come in a scabbard together with a stylus for writing on palm leaf are called ul pihiya.1

A set of Sinhalese knife and writing stylus in a single scabbard. For a Sinhalese knife, this piece is rather unassuming with only some comparatively simple decoration. The blade's groove is lined with brass. The typical curly sleeve between knife and hilt is cast copper in this instance, which was engraved and silver plated. The grip is made of scales a species of black coral (Antipathes orichalcea, non-CITES listed) that is composed mainly of keratin and therefore has a very horn-like appearance and structure. The handle scales are held together by a pin with ornamental brass washers. Sides and spine on the knife are decorated with silver wire overlaid over a crosshatched background.

The writing stylus, designed for writing on dried palm leaf, is actually quite beautiful and more refined in comparison. It is made of turned brass that was stamped and engraved with floral decoration, including a series of lotuses connected by vines, a type of decor called liya-vẹla. It has a steel tip.

Knife and stylus fit together in a wooden scabbard with a partial brass sheet covering and decorative brass border near the mouth. The copper has a patina that is a mix of red copper and a blueish tarnish one would expect on silver. I've always wondered why copper and brass on Sinhalese knives don't tend to tarnish like normal copper, and sometimes don't tarnish at all. I think it may be due to them often being alloys including silver and/or gold.

In well-used condition. Silver on some parts of the knife faded. Details on the stylus rounded from use. A small chip of wood misses from the scabbard's tip. Otherwise complete.

There is a very similar set currently on display in the Metropolitan Museum in New York. Theirs is somewhat of a deluxe version with a beautiful butt-cap on the handle, and chiseled decor on the collar piece. Decorative motifs on both are very similar, nearly identical on the stylus. Accession number: 32.75.251a–c. This piece is dated 17th century.

Quite a modest piece for Sinhalese work, which is known to be incredibly fine and elaborate. Its appeal is in the fact that this is an honest little set, complete and in fair condition. It was probably worn and used daily by a middle-class Sinhalese man who was at least literate. The best thing about it is no doubt the fact that it is complete with a rather nice stylus. 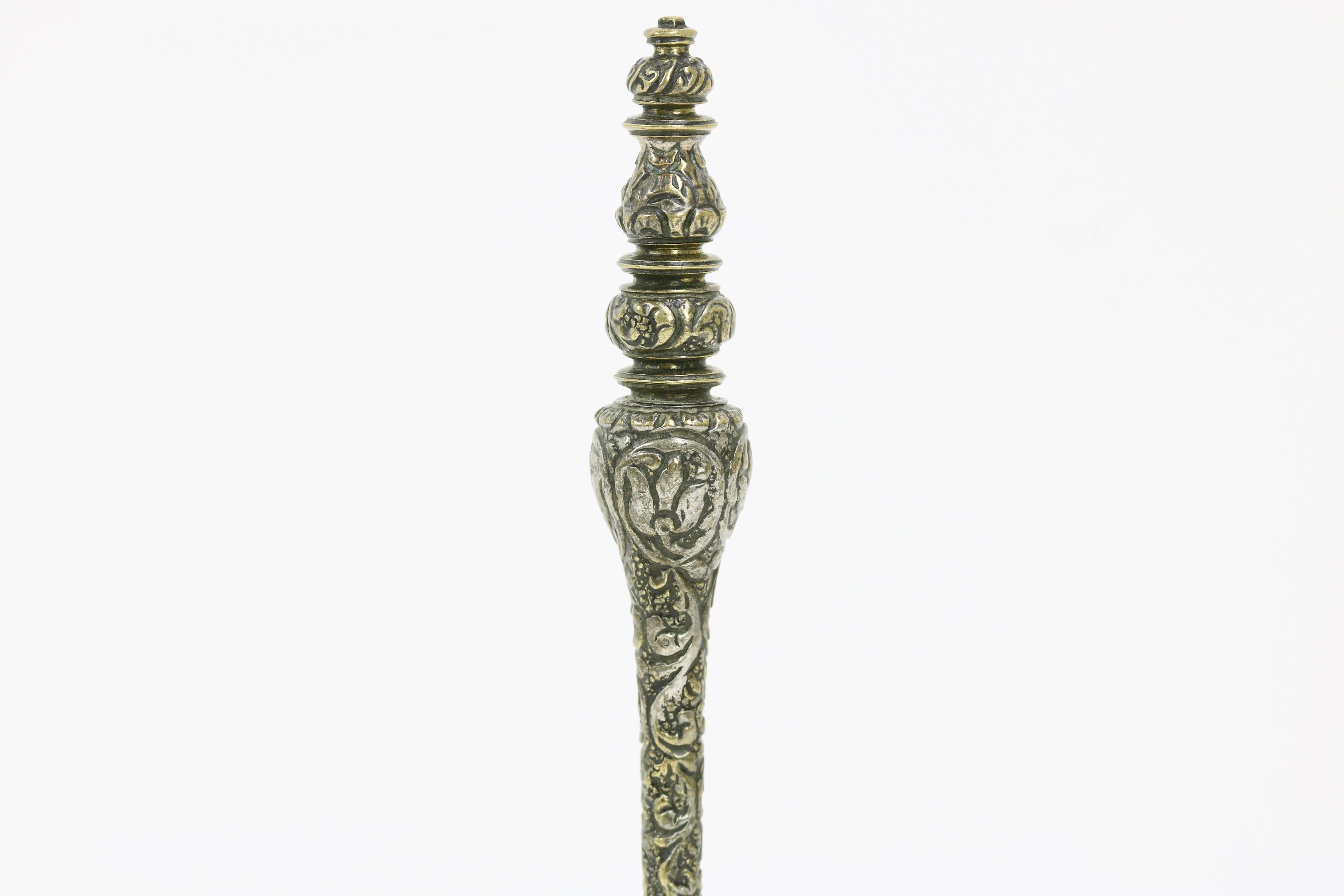 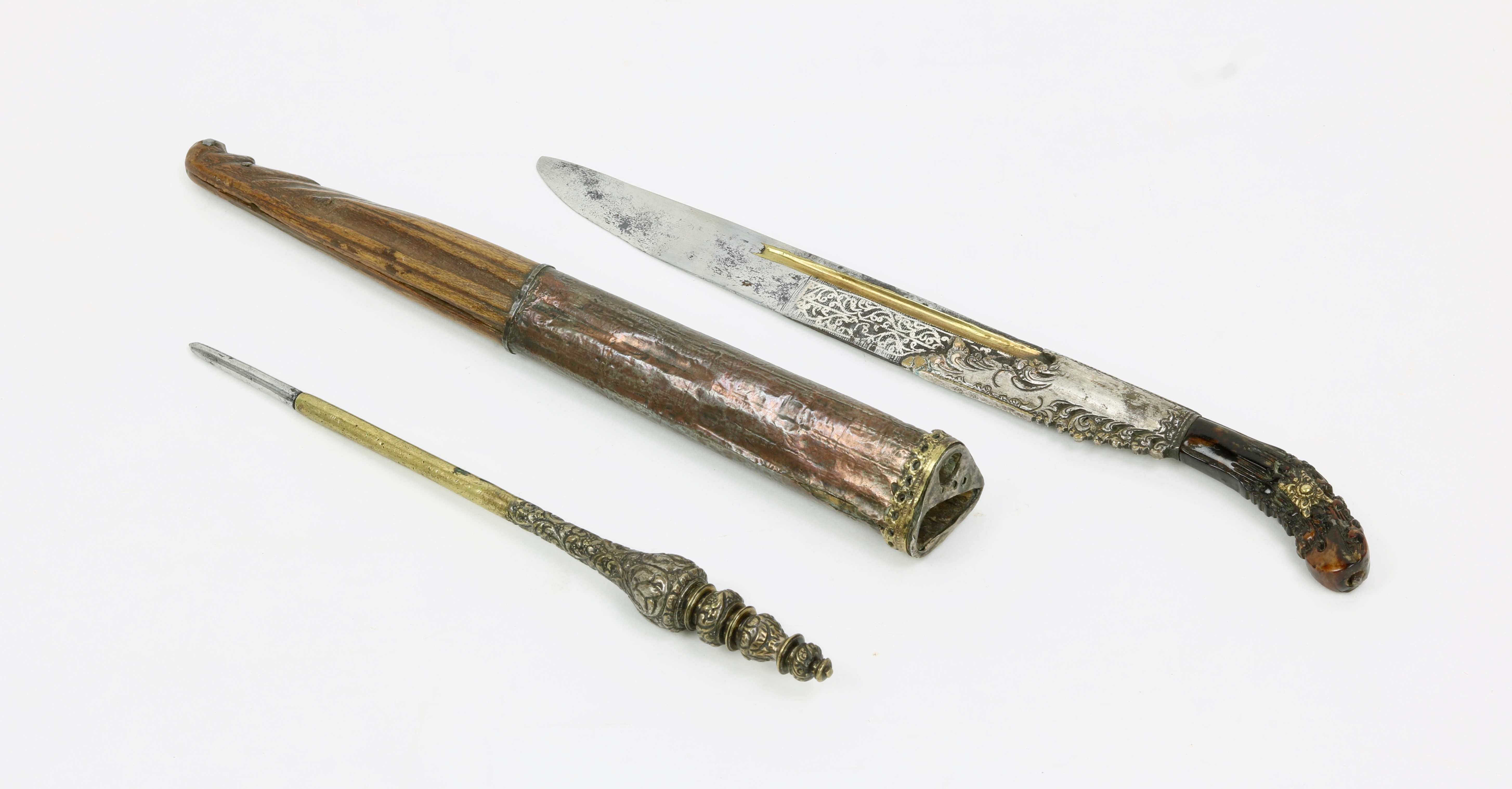