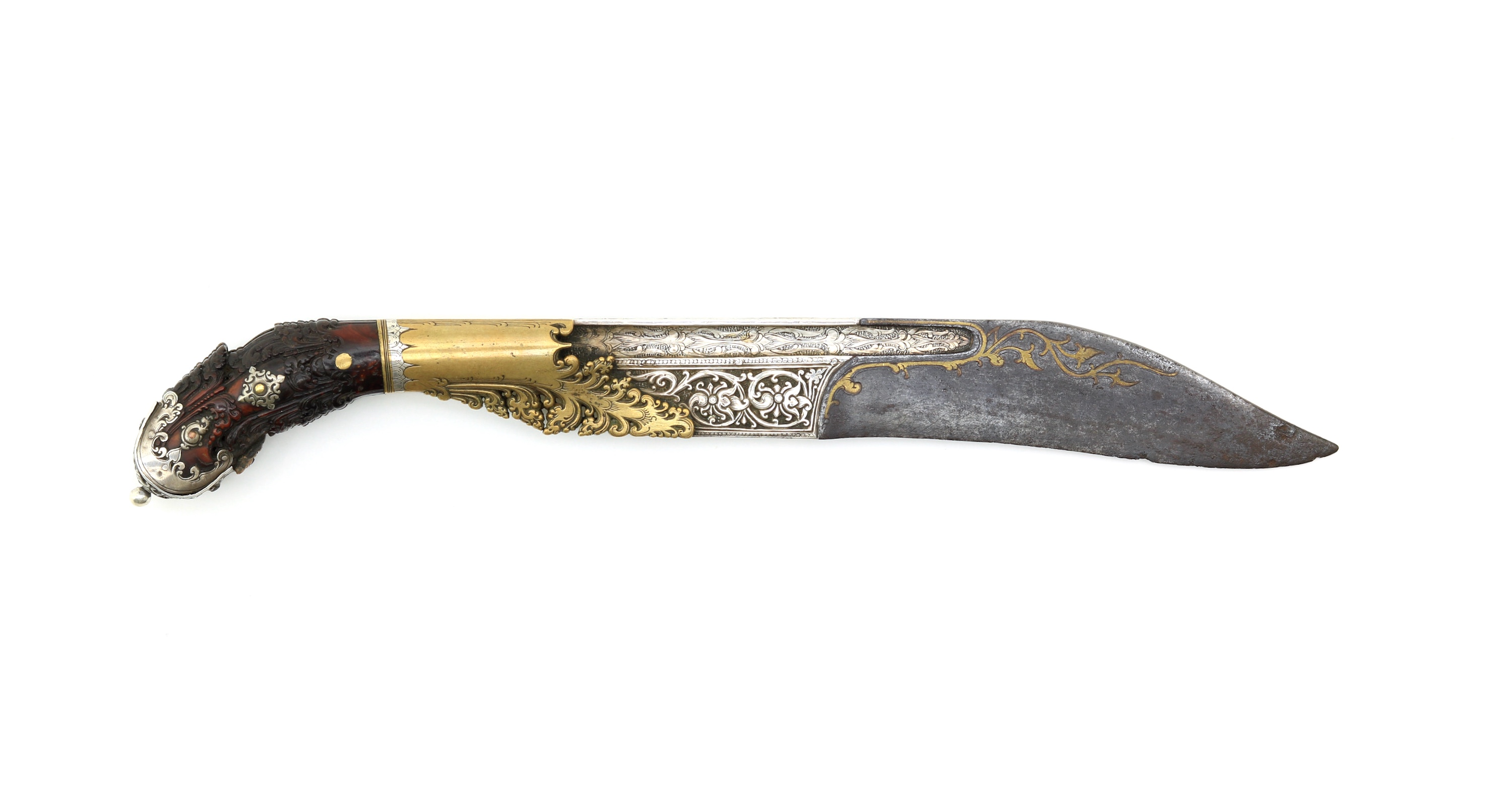 These knives are often called pihā-kaetta but strictly speaking, that name only went for a larger, heavy chopper-like variety. Pihiya is simply the word for knife in Sinhalese.

Ornate knives such as this one were made in the Four Workshops or Pattal-Hatara, working exclusively for the king of Kandy. They were used as diplomatic gifts and were bestowed upon officials when they were appointed, along with a larger saber called kasthané.

Only the king and his immediate family could have gold-mounted knives and swords, and so these tend to be made with silver and non-tarnishing types of copper amalgam.

The blade connects to the hilt by means of a large cast bolster of copper amalgam, with sprays of curls called liya-pata, one of the most characteristic Sinhalese design elements.

The hilt is made of black coral, (Antipathes orichalcea), a non-CITES listed species. Carved again with liya-pata and ornamented with silver plating. 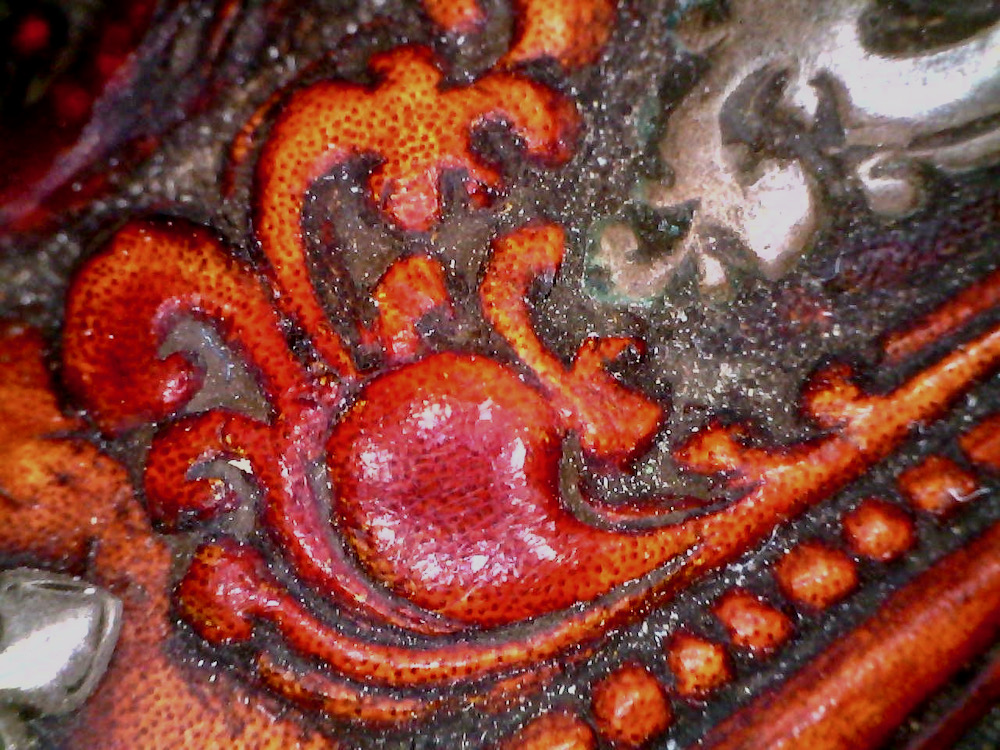 Close up of the coral surface with intense lighting, under high magnification.
It shows the characteristic surface of this material.

The silver ball at the end of the pommel was lost and was recently replaced by a professional silversmith.