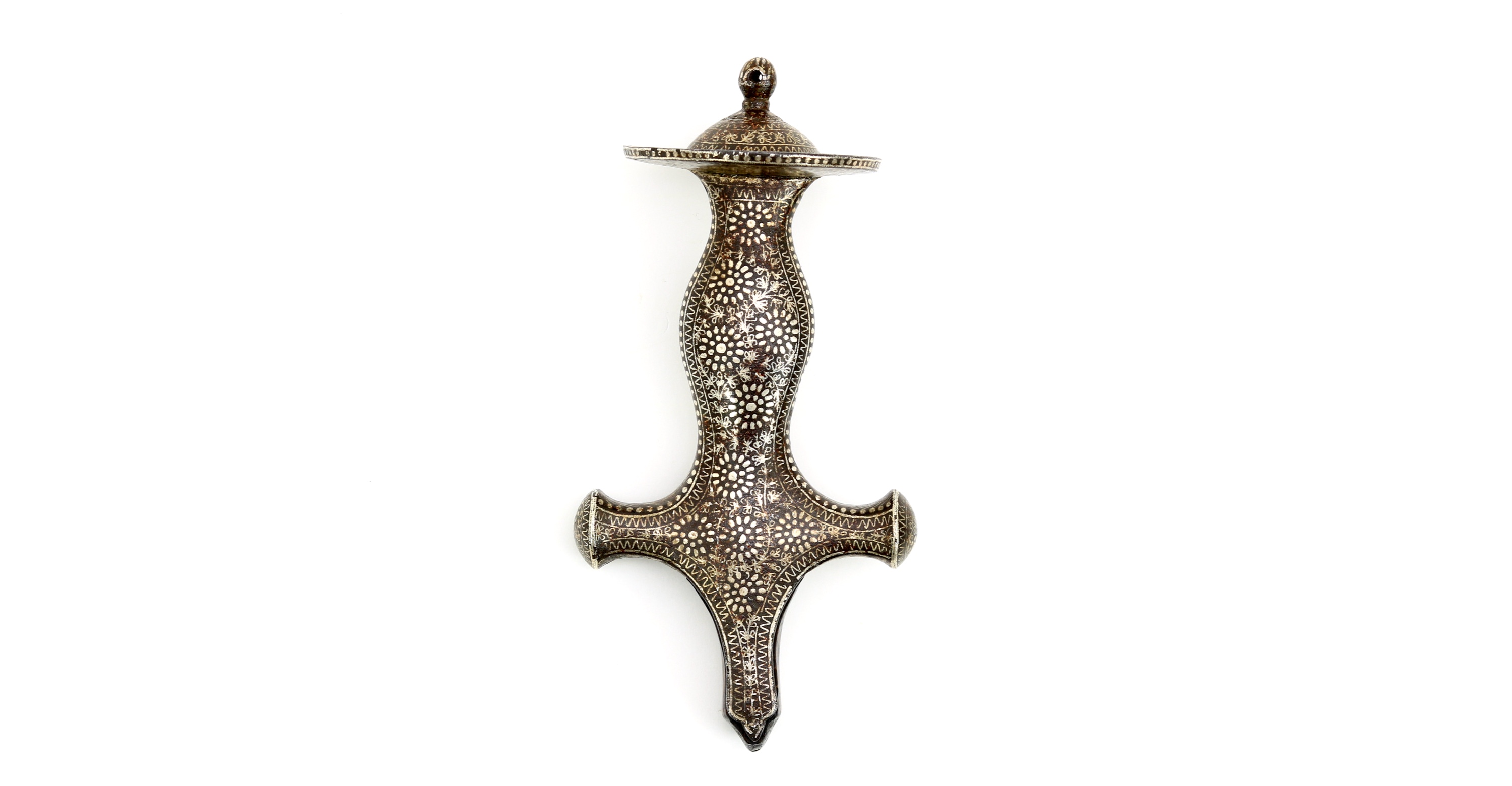 A charming iron hilt for an Indian talwar.

The overall form is called hakim khāni, characterized by a rounded grip section that flows smoothly into the crosspiece, as opposed to the hakim shahi style with a pronounced V shape in the transition. Hakim khāni may refer to Hakim Khan Sur, a Pashtun warrior who fought the Mughals and died in a battle in 1574. 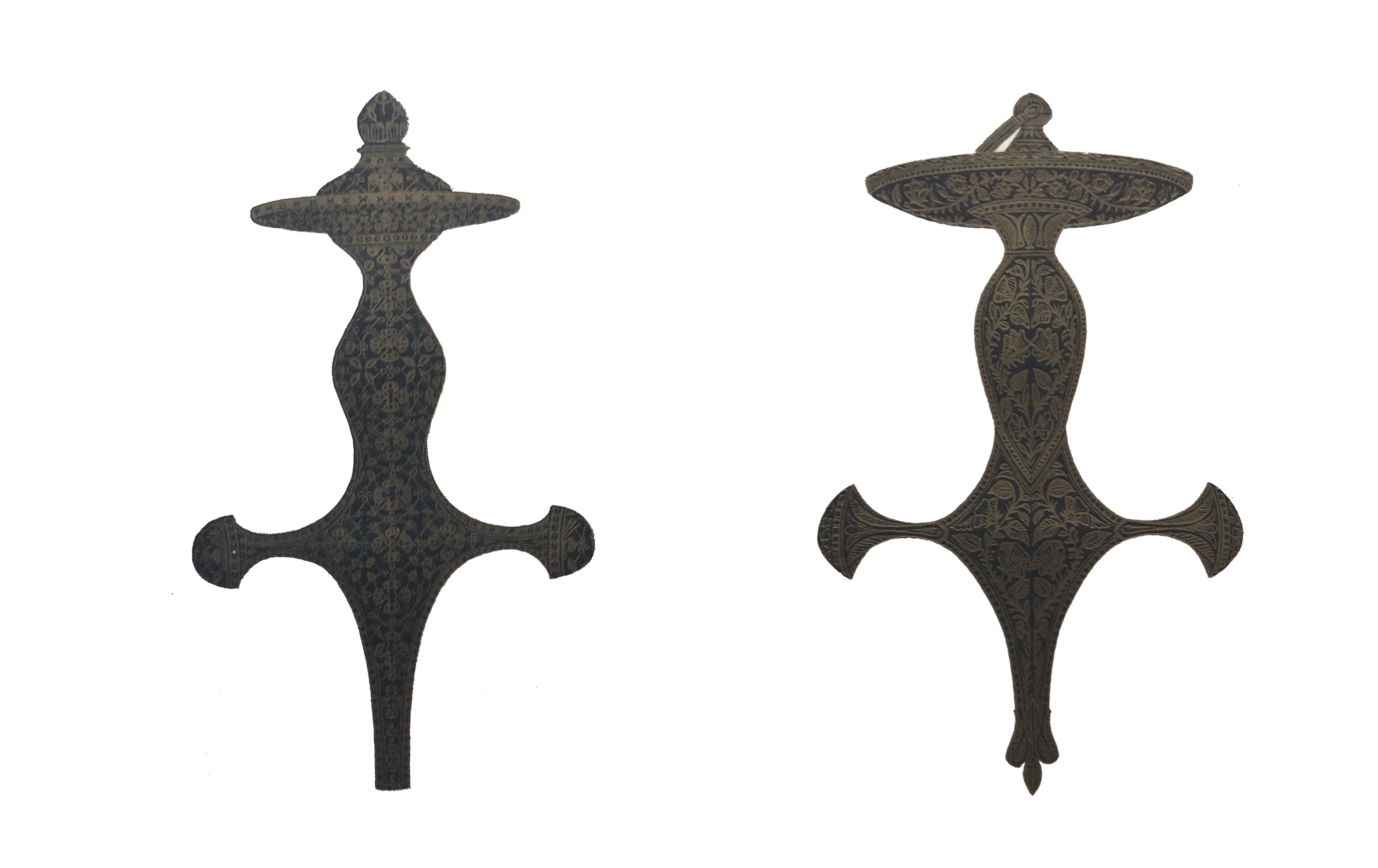 The hilt is overlaid with silver, the decor consisting of lines and dots with zig-zag borders. Some circular groups of dots are highly stylized flowers.

The execution of this hilt compares favorably to most mass-produced silver overlaid tourist items of the period. To execute geometric patterns with this kind of precision does take considerable skill. The common floral decoration has plenty of room for error, but these geometric schemes do not. 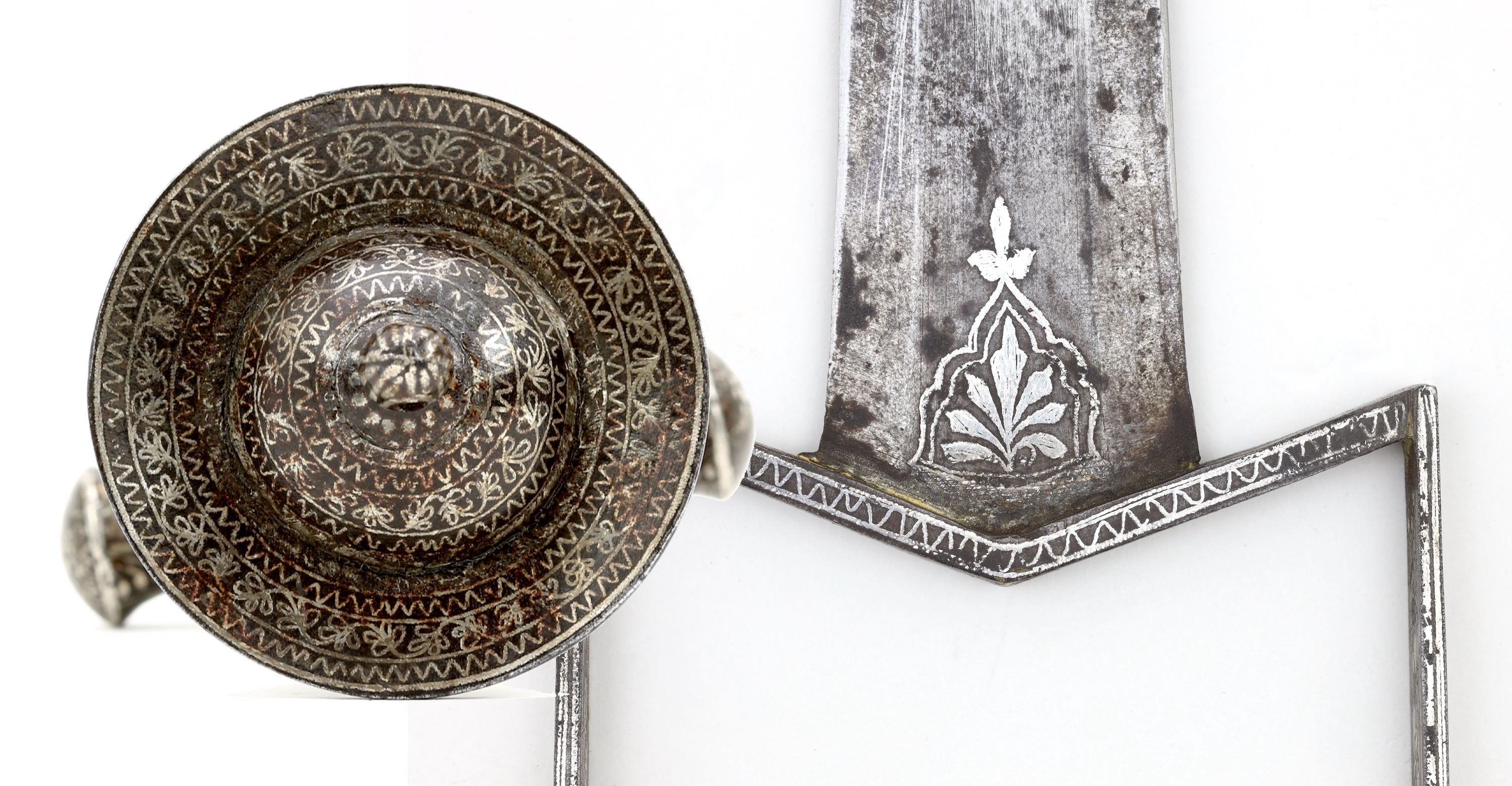 This talwar hilt (left) compared to a mass-produced tourist katar (right).
While there is stylistic similarity, notice the higher level of precision on the pommel. 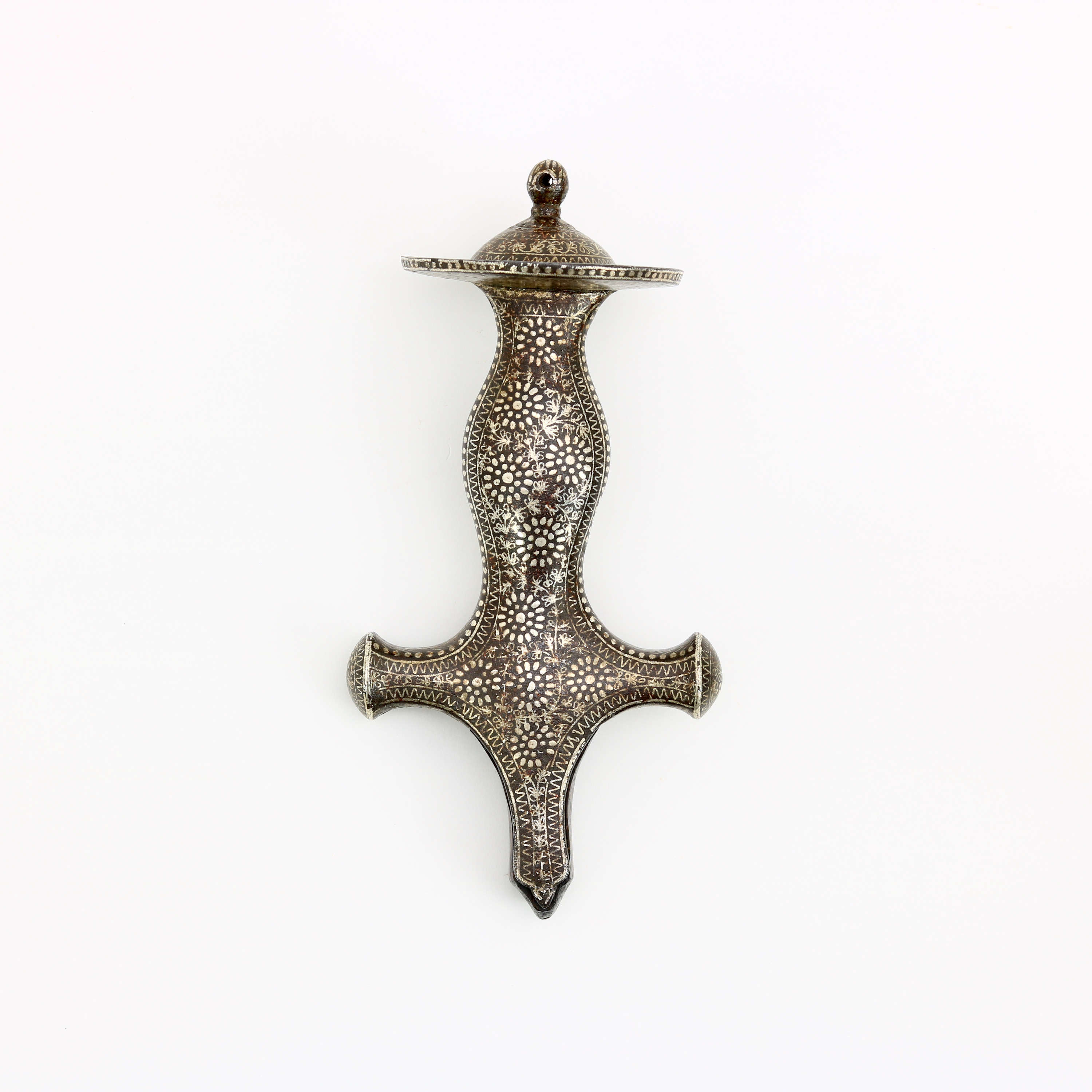 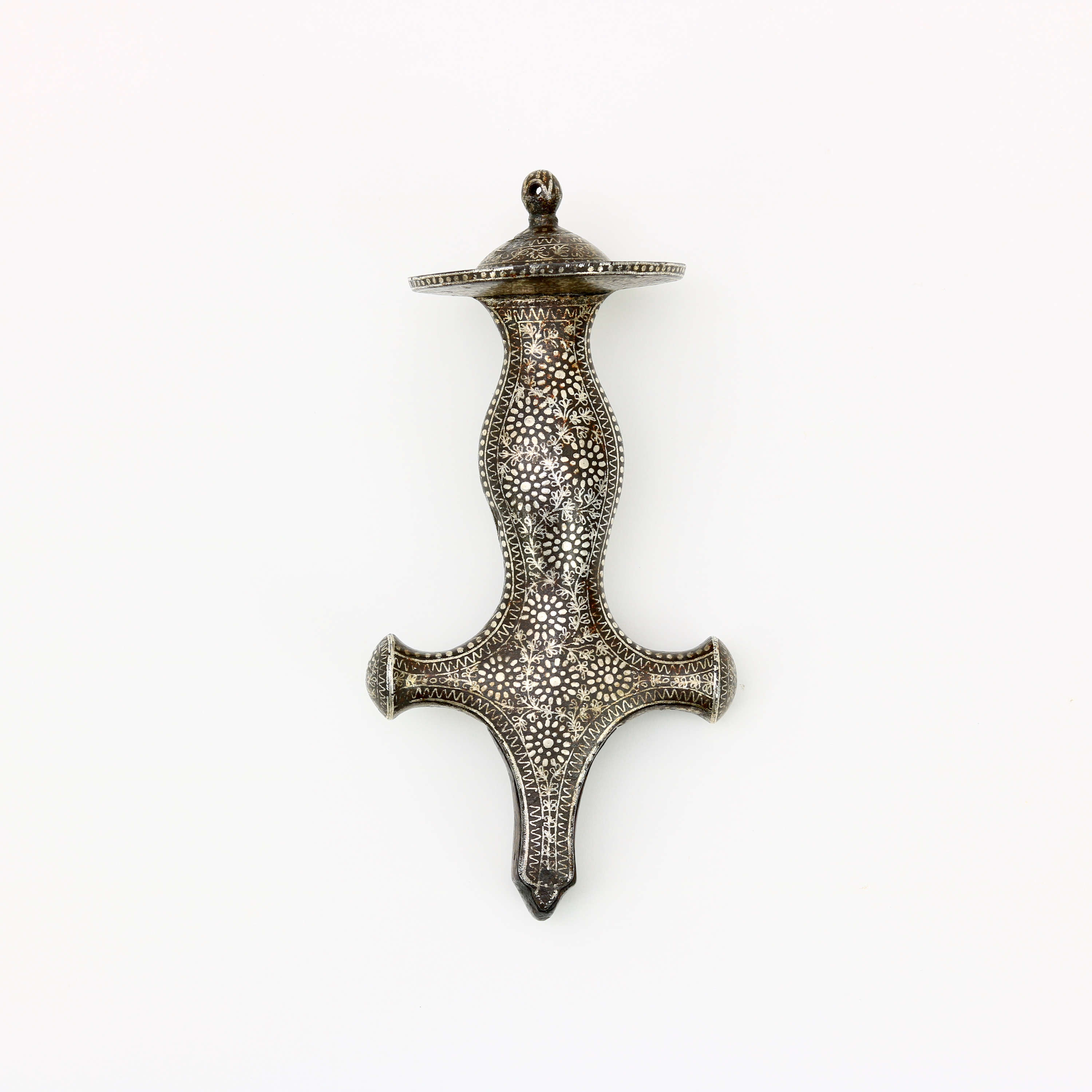 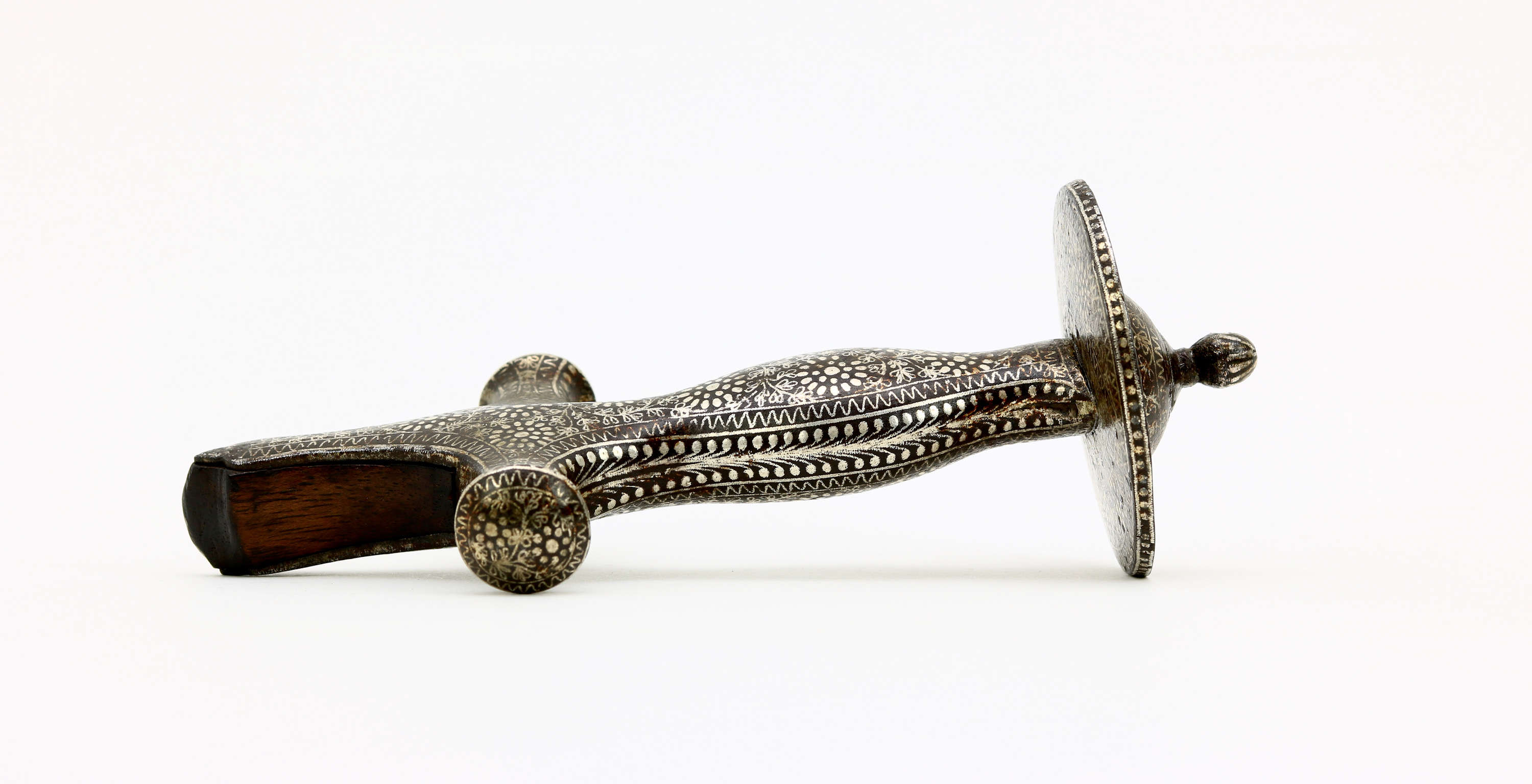 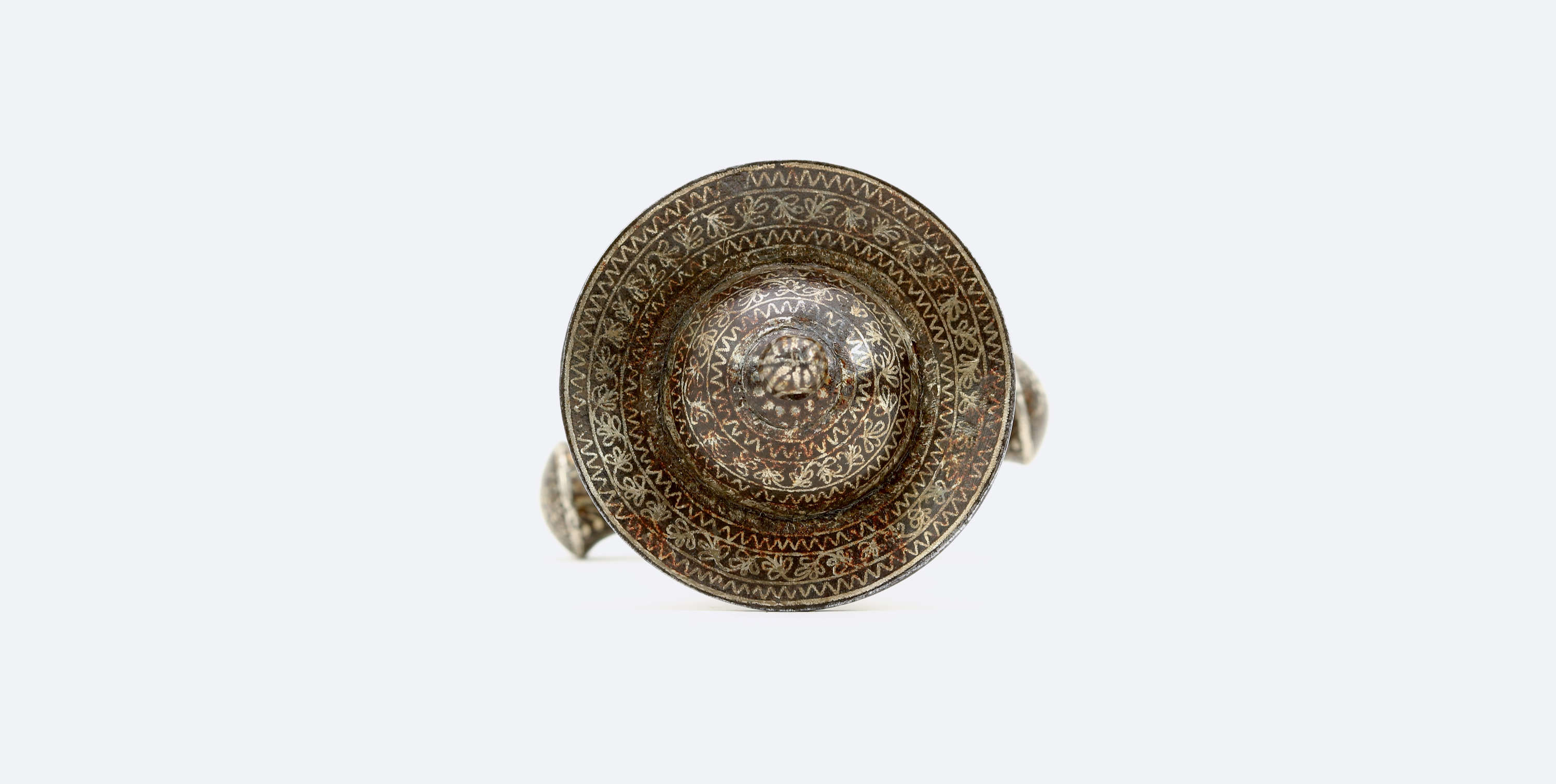 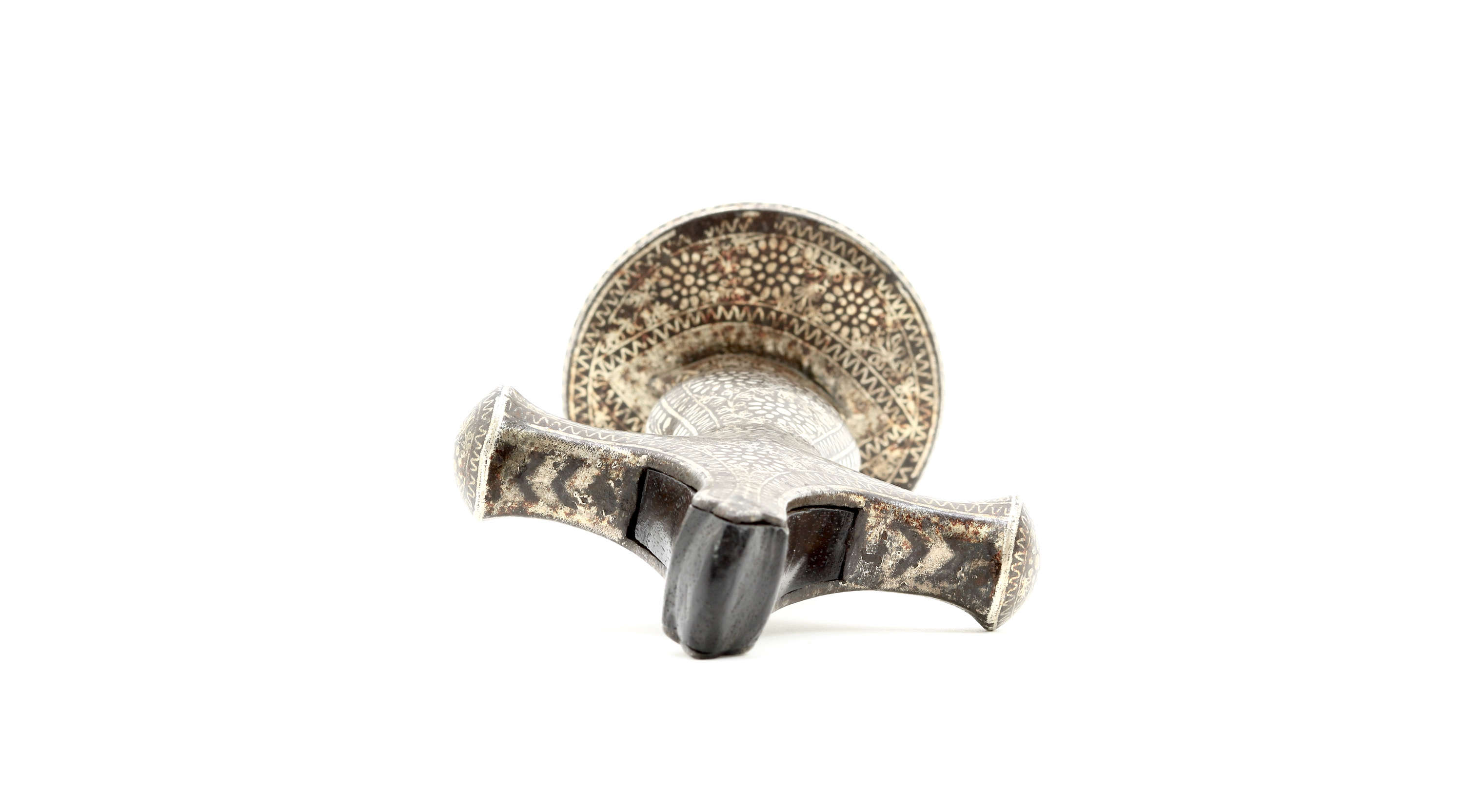 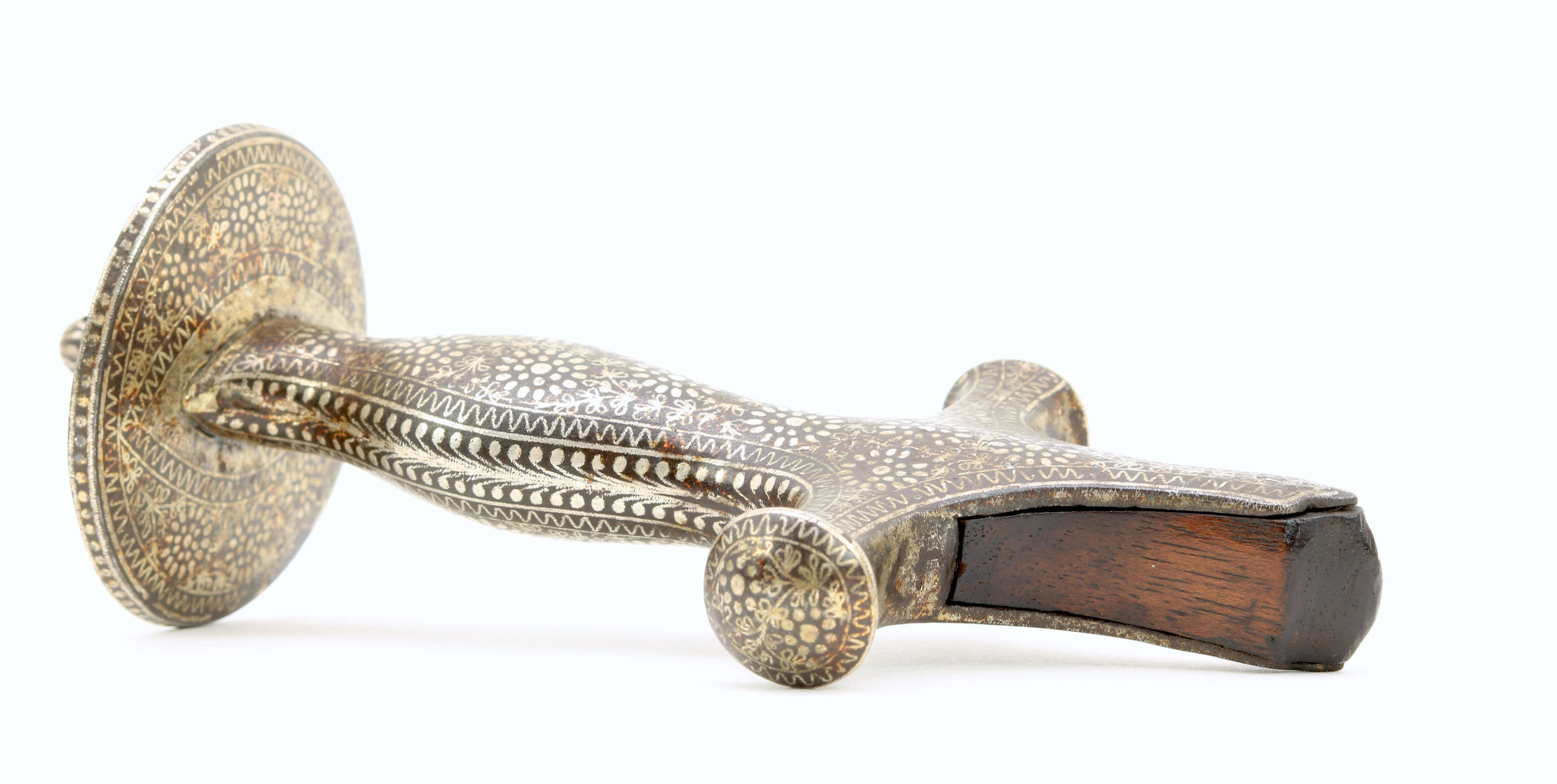