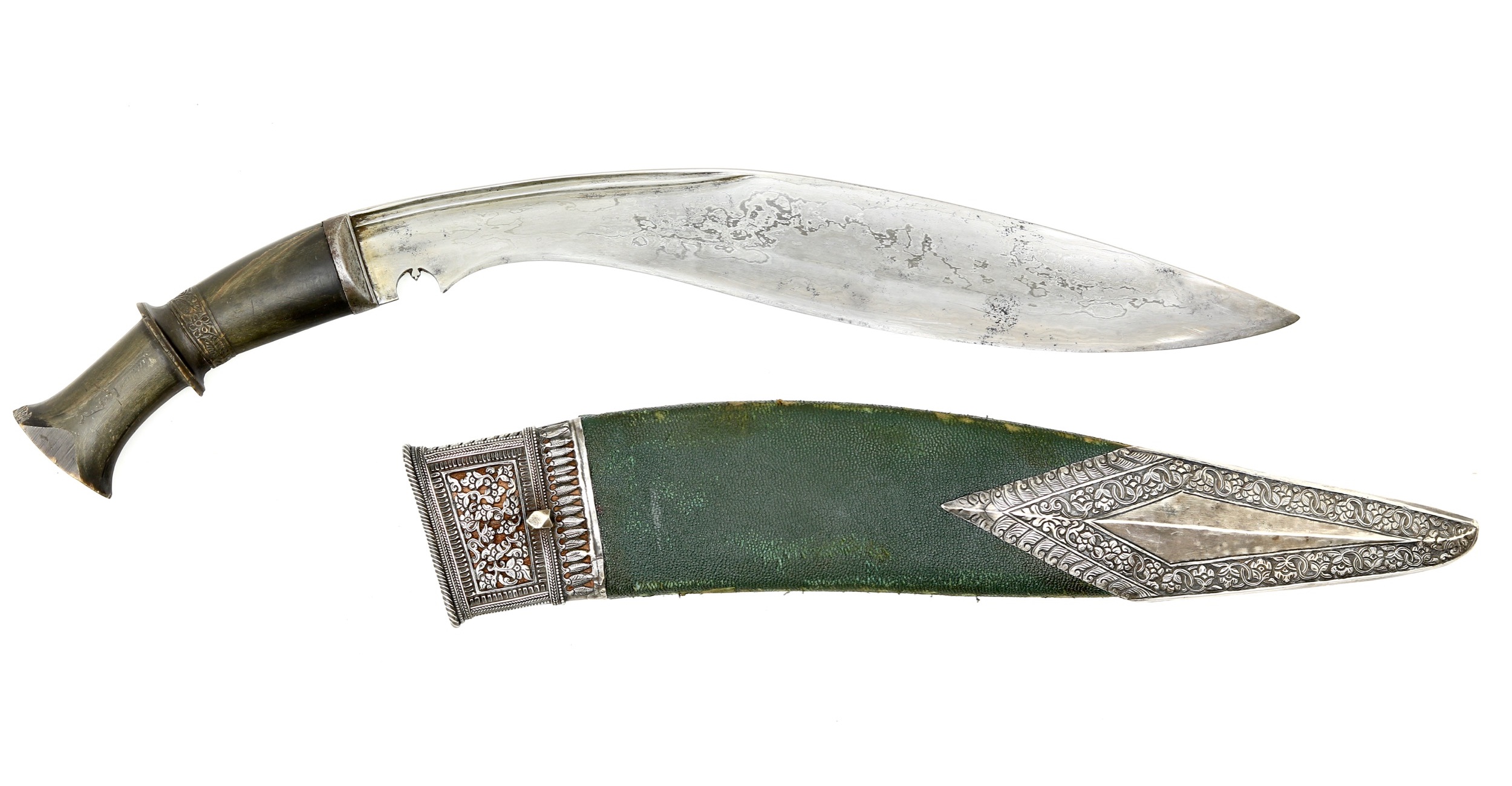 The khukuri or simply kukri is a utility knife and weapon associated mainly with the Ghurkas of Nepal.

"The Gorkhas claim to belong to the Kshatri or warrior class, and therefore to the ancient military division of Hinduism. They are a warlike race, and, as already remarked, made a determined resistance to our arms but now form some of the best of our native infantry.

Their national weapon is the Kukri, originally a kind of bill-hook, for cutting through small wood in the dense low jungles of the Teraí and the Himalayas."

"If a man says he is not afraid of dying, he is either lying or he is a Gurkha."

A nice example of the 19th century, representing the finer quality pieces from this period. It has a long, fairly slender blade with two narrow grooves near the spine running from the base to about halfway up the blade. The base of the blade has the typical notch, or cho, found on most khukuri.

The blade is forged folded, with fairly bold layering shown through polishing. There is a diagonal tempering line to be seen where the blade was lowered in the water for cooling, with the entirely leaf-shaped section being hardened and the narrow base left unhardened and thus tougher.

The hilt is made of a single piece of buffalo horn with a pronounced rib for extra grip. There is a band engraved with flowers and leaves just above the rib. The pommel has a pronounced flare, for increased security.

The scabbard is fitted with two large silver mounts. The endpiece with a pronounced center ridge and a band of floral work in repousse. The mouthpiece has a rectangular section of fine pierced floral work, framed by twisted and braided silver wire. On the under side of the fitting is a border consisting of 20 well-shaped leaves, also in openwork.

Pommel is chipped, see photos. The original scabbard was in very bad shape, with several repairs and lots of missing wood. Philip Tom made a new wooden core from scratch and covered it with fine morocco grained leather. The leather was distressed for an aged look to match the rest of the piece.

There is a kukri with a very similar profile, pulbished in Egerton's Indian and Oriental Arms and Armour, number 315. It has a nearly identical profile, with a long, slender blade with rather moderate curve, and even the band of floral carvings on the hilt. This piece was acquired in 1855. Another, number 319, has a scabbard that is very close to ours, clad in silver in a similar fashion, also acquired in 1855.

Another, very similar to ours with with mounts of gold foil, was presented to King Edward VII, when Prince of Wales, during his tour of India in 1875-76. It is now in the Royal Collection and hangs on the wall of the Saloon Corridor, Sandringham House and is catalogued under accession number RCIN 37595.

Khukuri in the British Royal Collection. Presented in 1875-1876.

Many of the items presented to the Prince of Wales were already old or even antique when they were presented to him, for example a katar from Bundi is signed with a maker's date of 1836. Given the above, a dating of mid 19th century does not seem unreasonable for this khukuri. 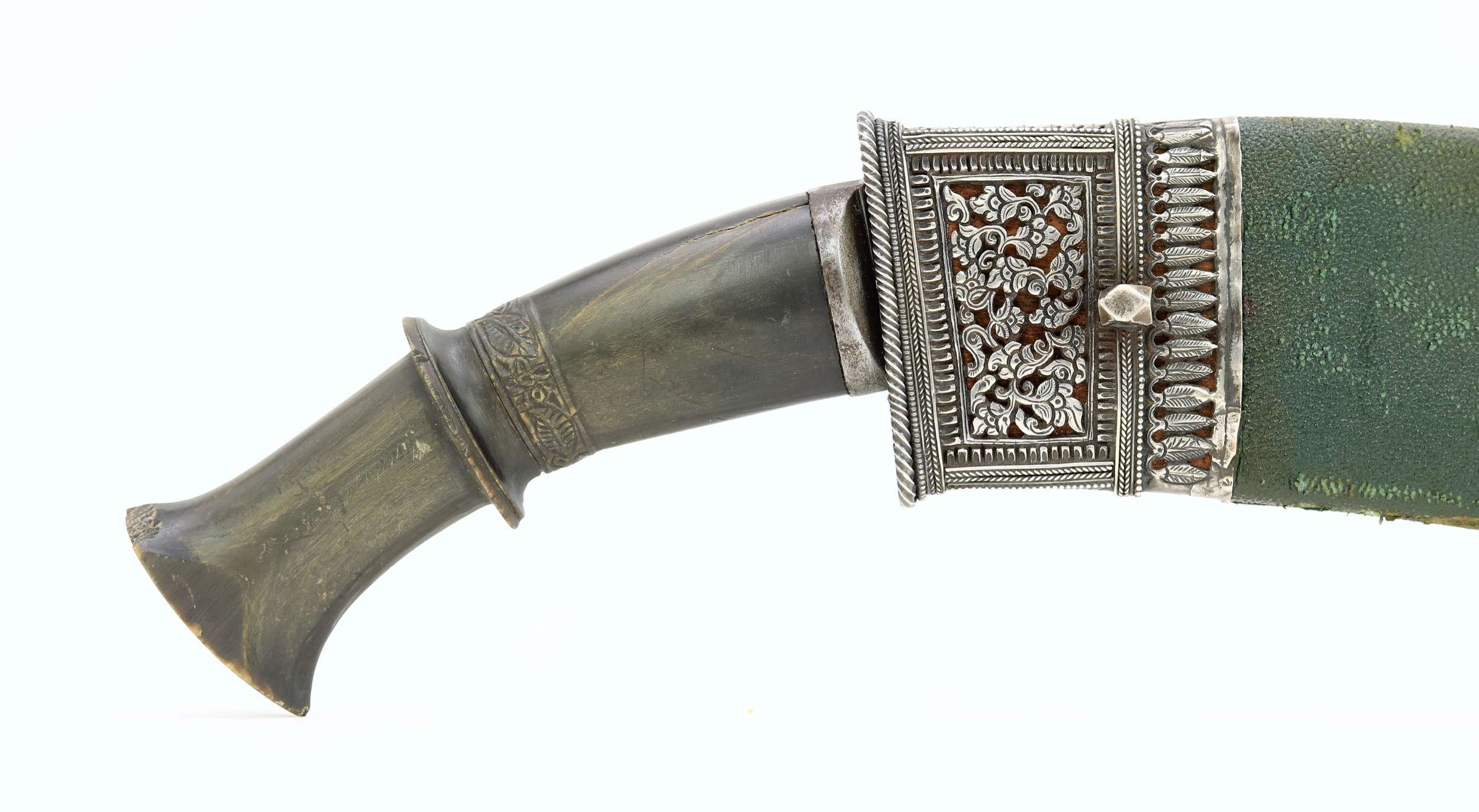 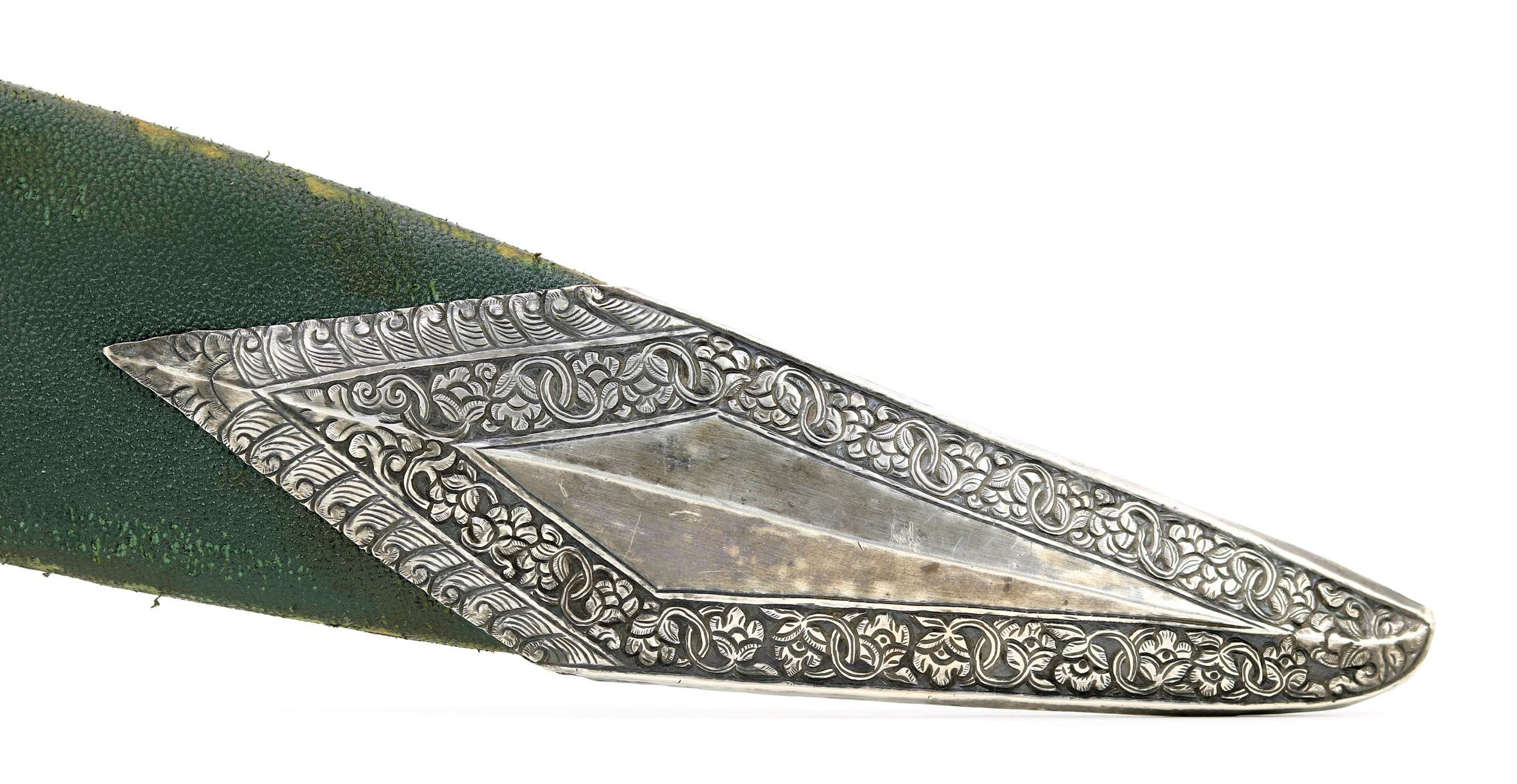 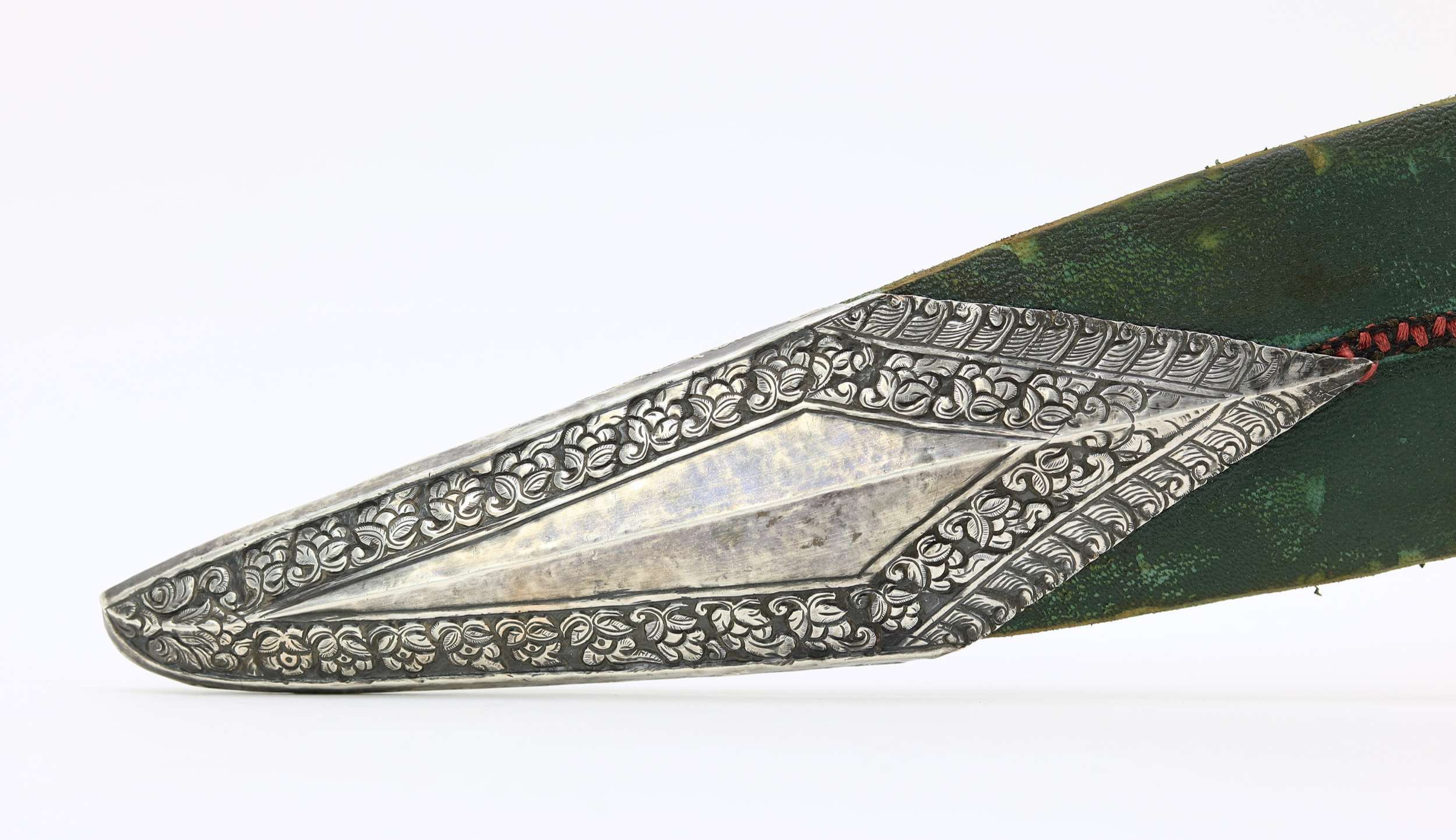 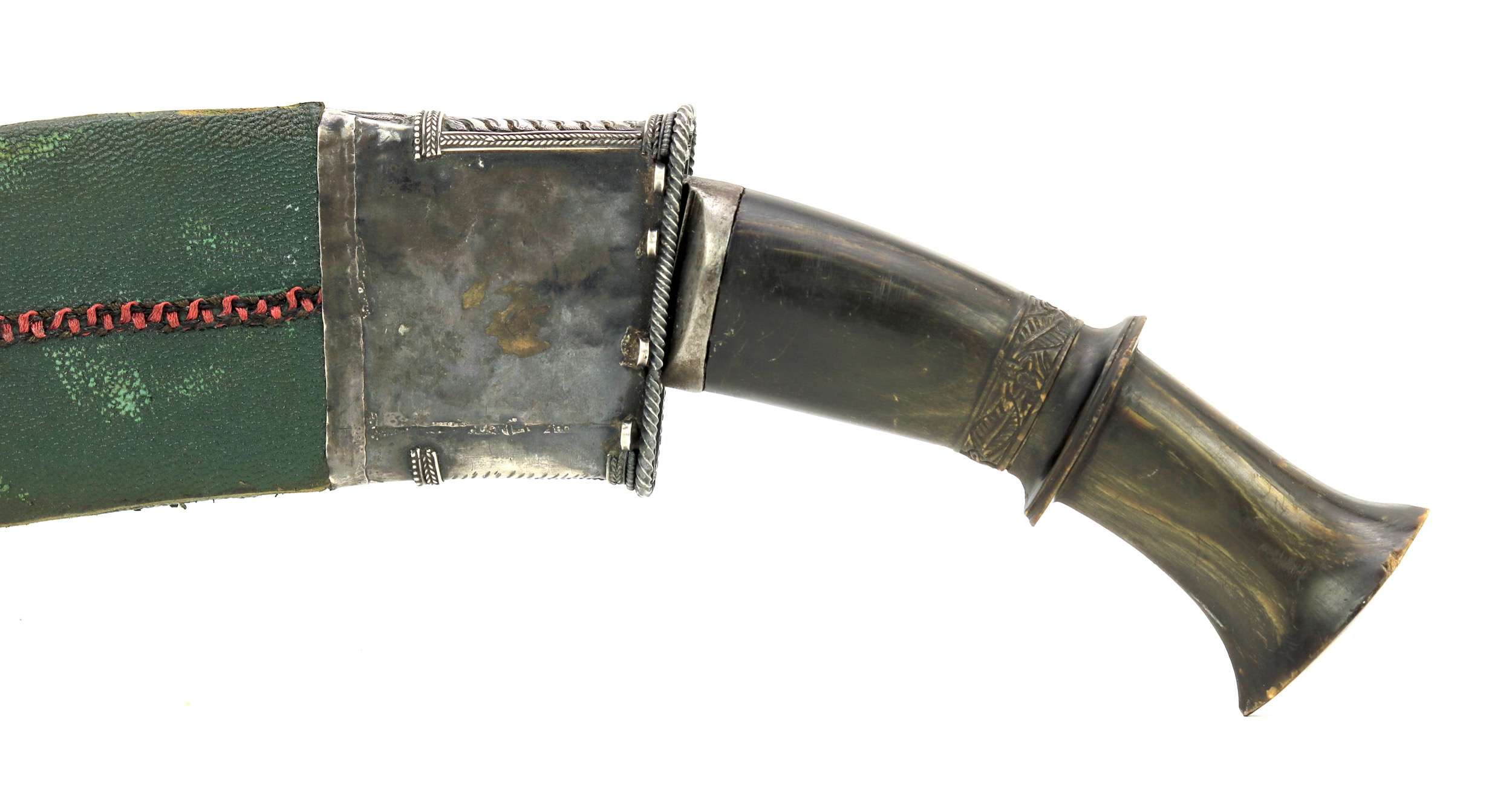 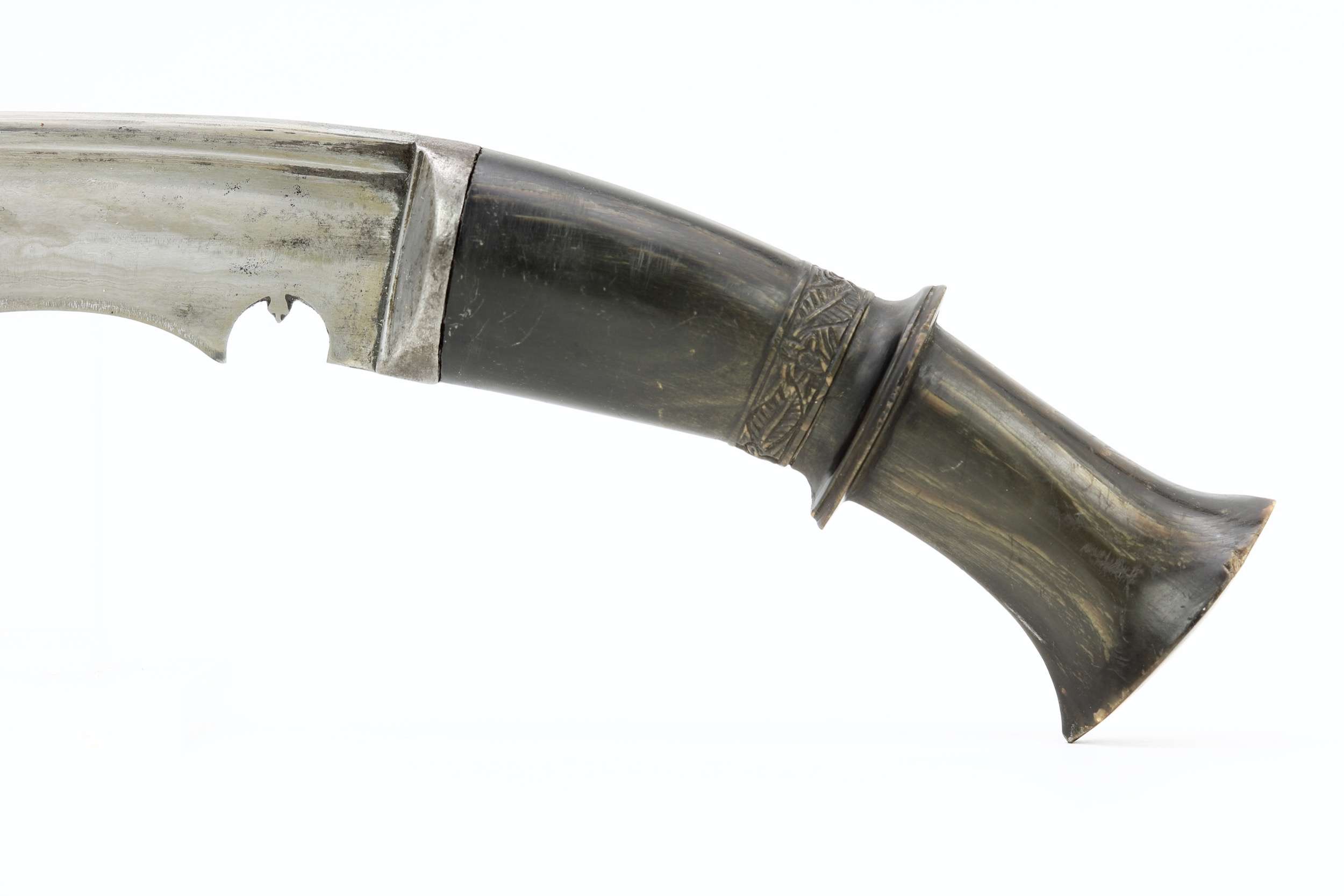 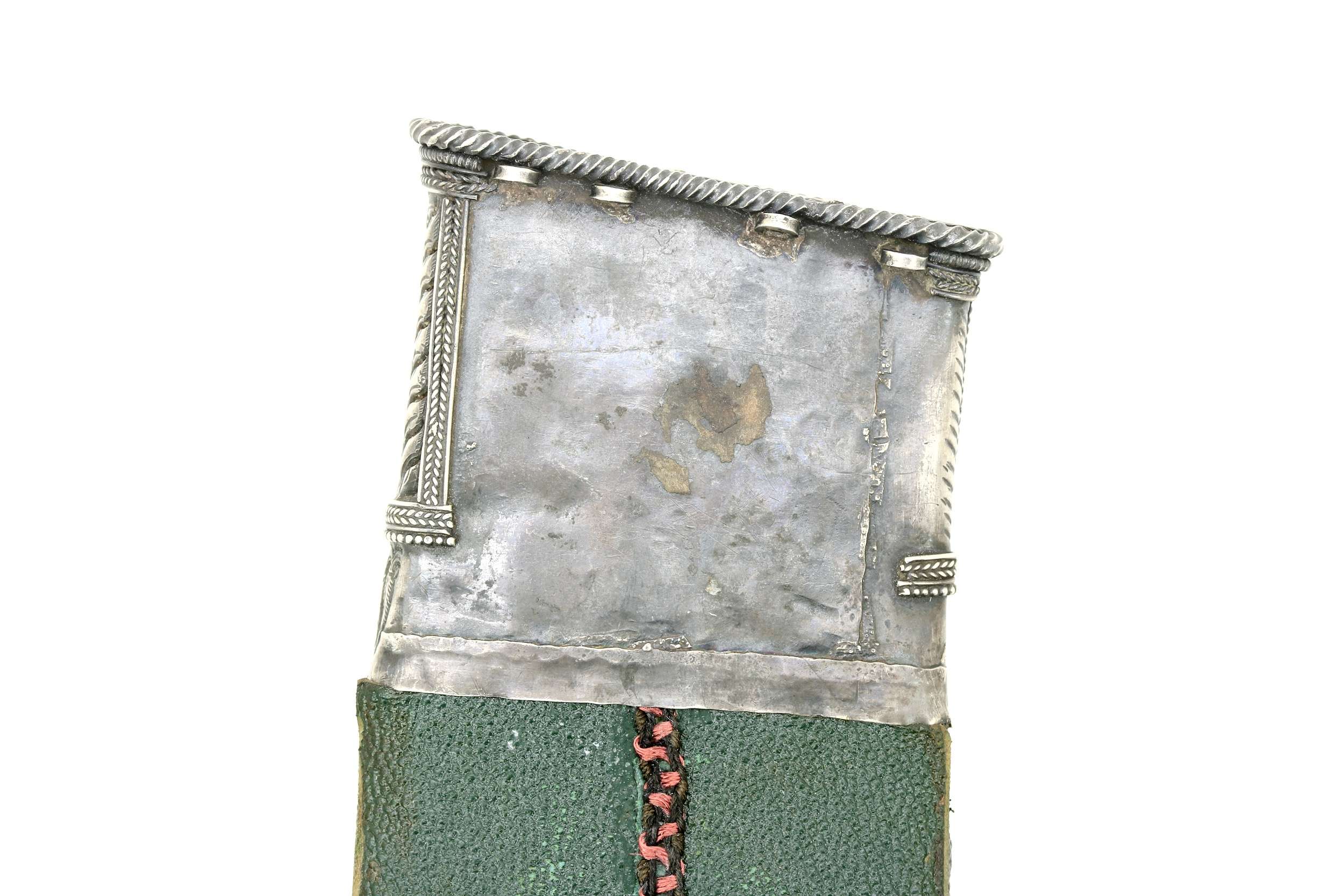 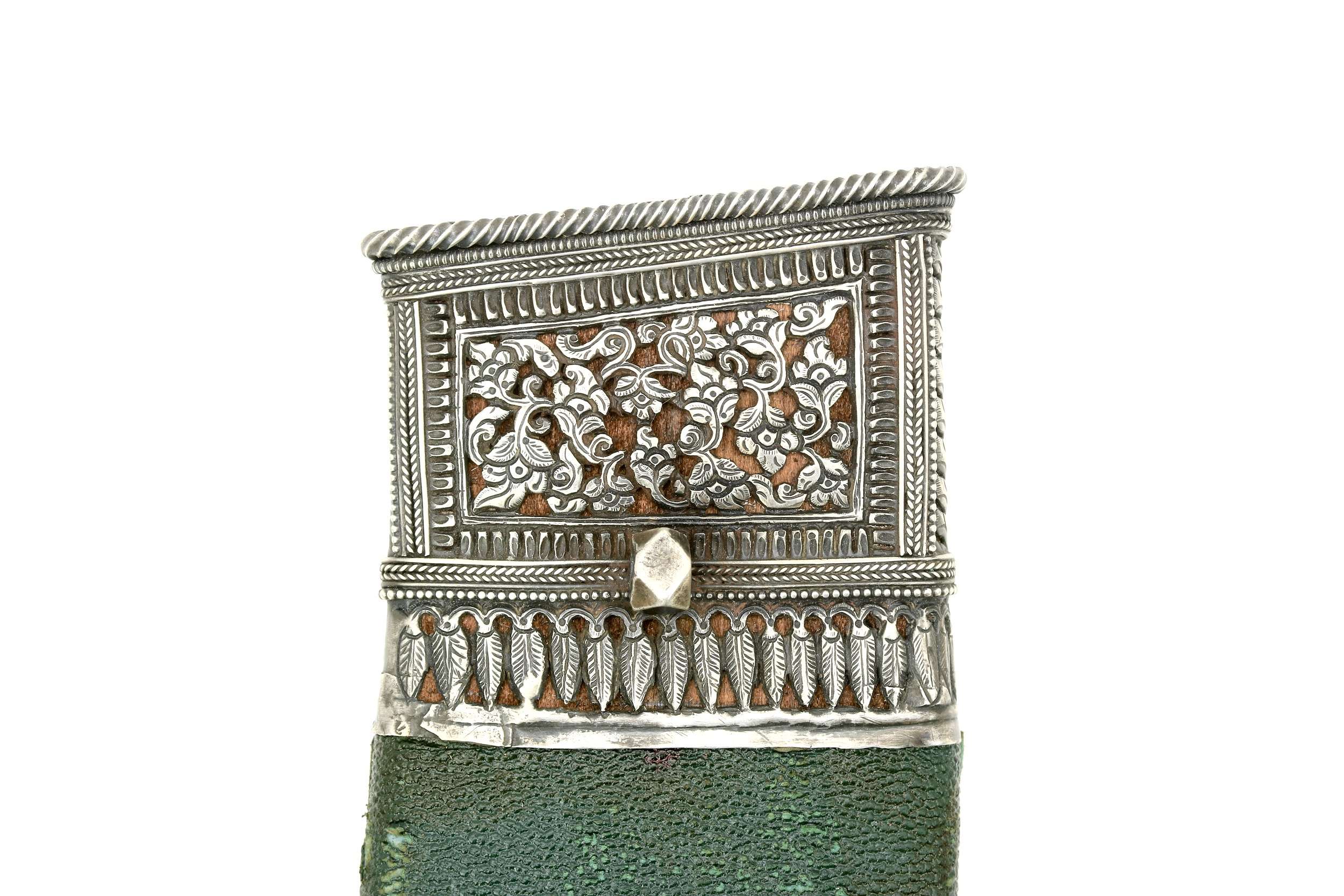 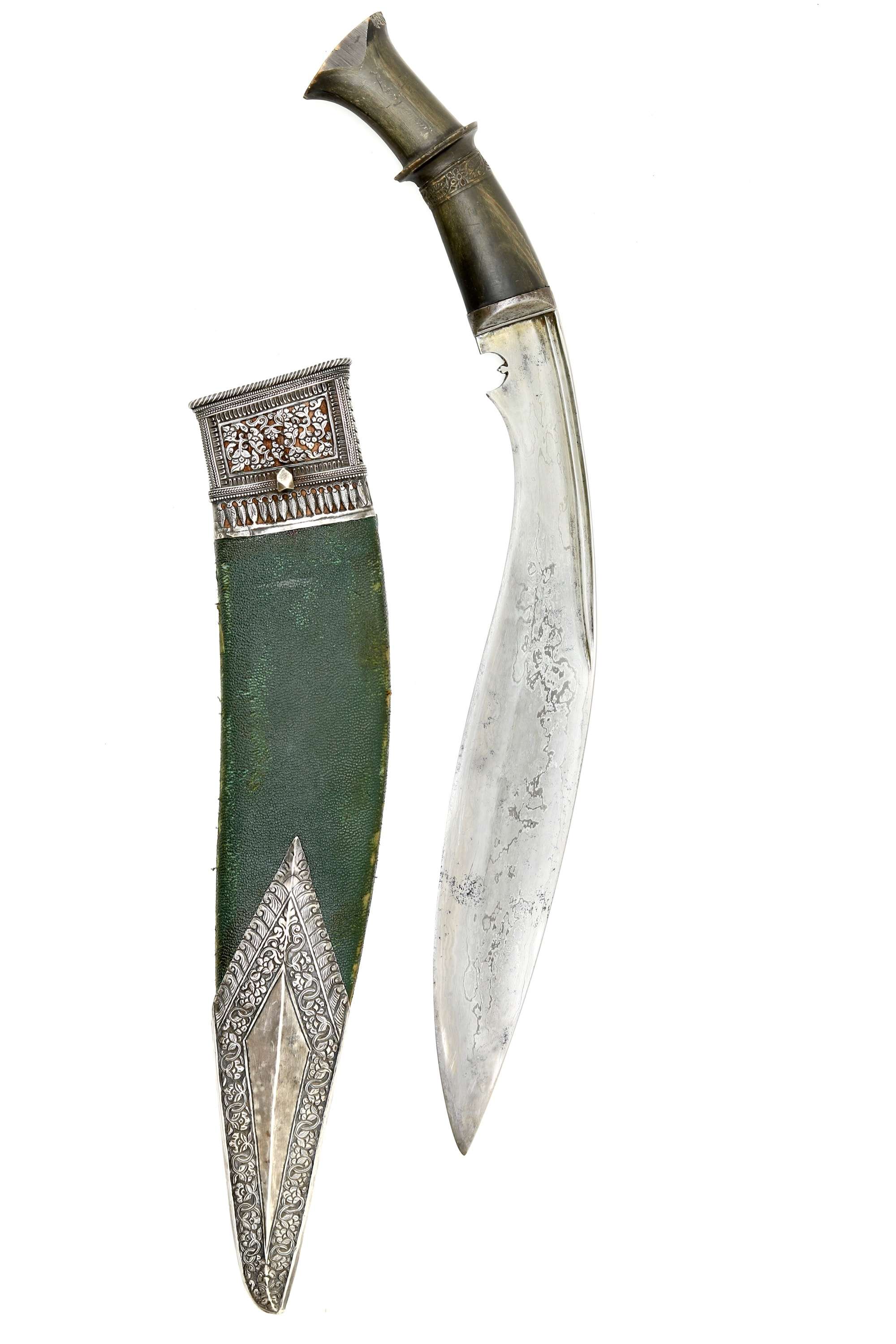