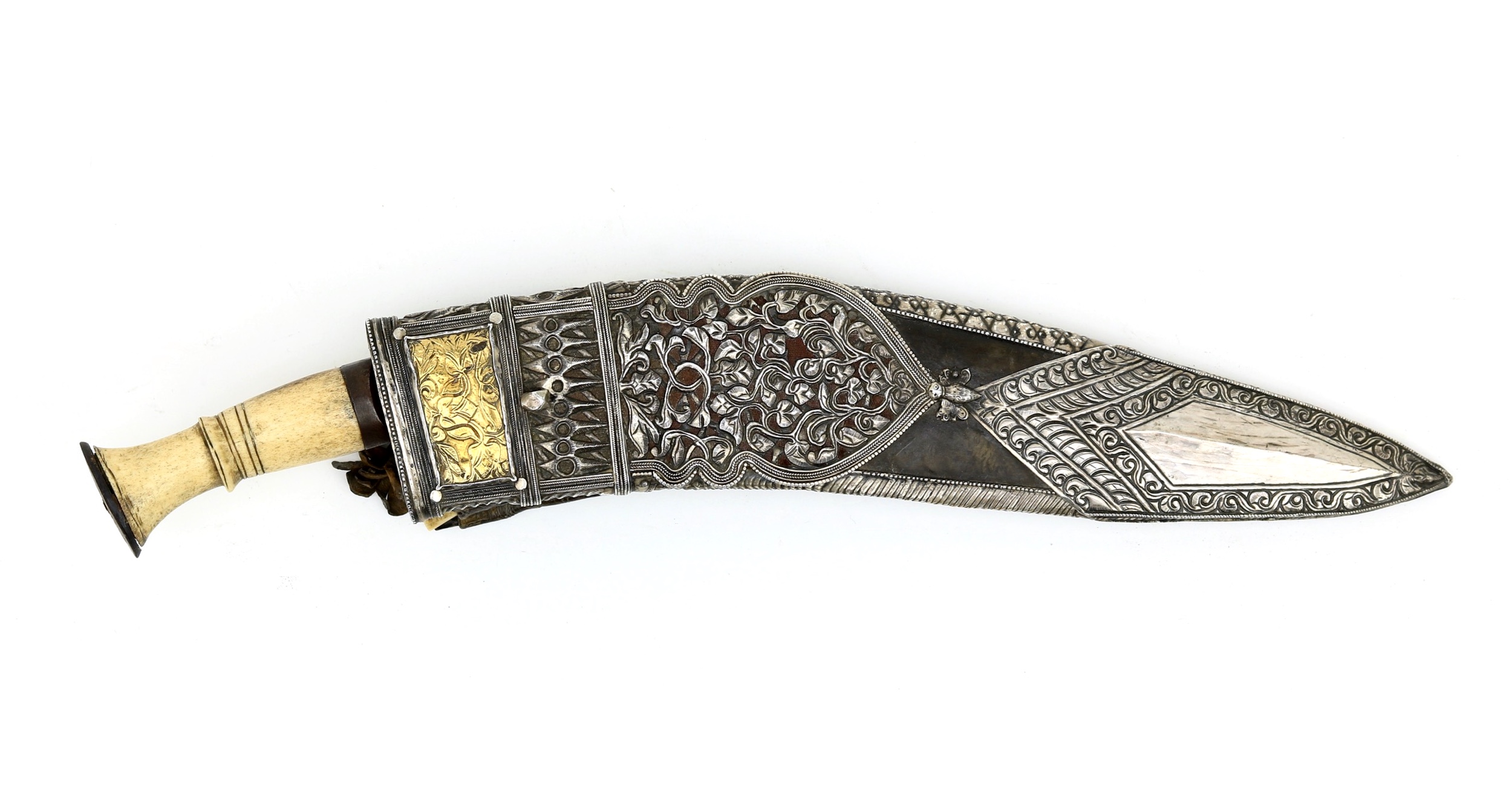 A charming example of so-called Kothimora khukuri of the late 19th to early 20th century.

The blade has a gradual curve with no pronounced shoulder, and flats that are very slightly hollow ground. Two narrow grooves run up the base portion of the blade, as seen on most of these. It has a pronounced notch at the base called kauri. The hilt shows a full tang construction, the bone grip being held firmly between an iron bolster and pommel plate.

The wooden scabbard is covered with leather and richly decorated with silver, consisting of a framed border worked entirely in repousse, with characteristic large silver chape called kothi (कोथि) to which this style lends its name. The throat piece consists of silverwork that is both pierced and worked in repousse, in sections framed by braided silver wire. In the top, there is a golden plate with engravings. Under that a series of stylized leaves. The bottom part shows complex floral designs, pierced to reveal a red velvet background. Chape and scabbard throat piece are connected in the center by a little insect, probably a butterfly.

At the back of the scabbard is a pocket that holds the khisā (खिसा), a little purse that was usually used to store tinder. It also contains the karda (कर्द), a small utility knife, and the cakmak (चक्मक्), a steel used for striking on flint to light the tinder, and for sharpening the knife. 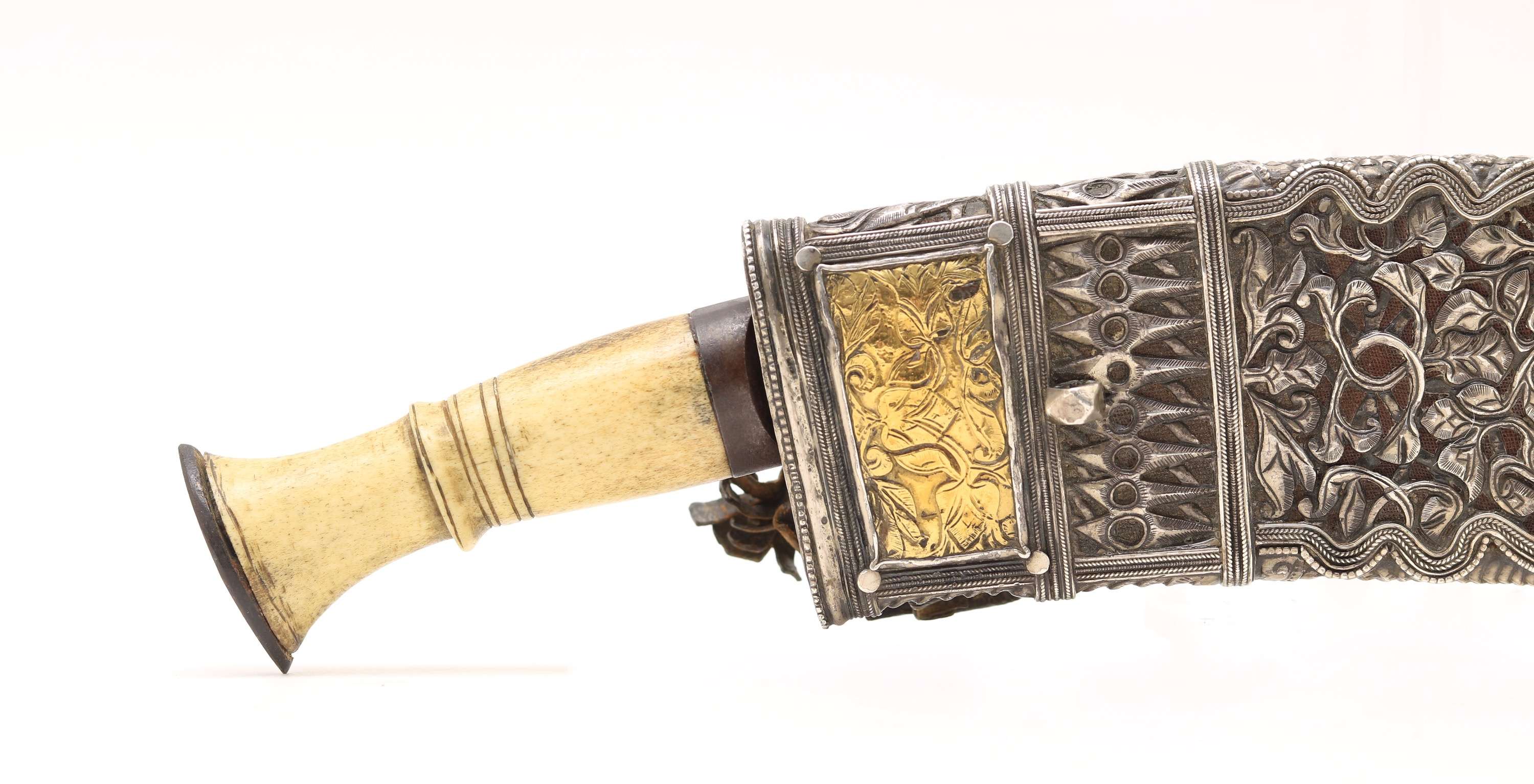 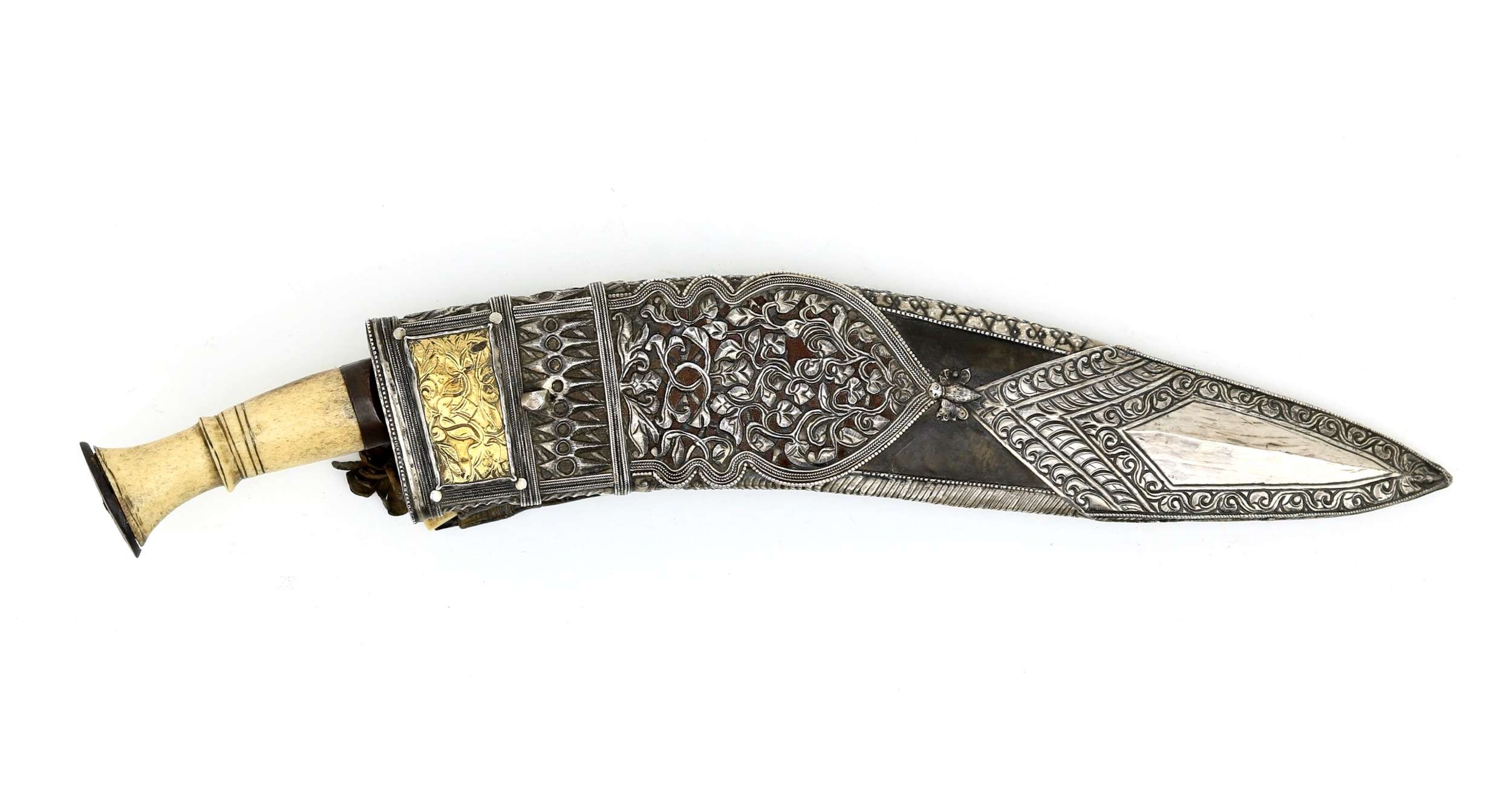