The khukuri or simply kukri is a utility knife and weapon associated mainly with the Ghurkas of Nepal.

"The Gorkhas claim to belong to the Kshatri or warrior class, and therefore to the ancient military division of Hinduism. They are a warlike race, and, as already remarked, made a determined resistance to our arms but now form some of the best of our native infantry.

Their national weapon is the Kukri, originally a kind of bill-hook, for cutting through small wood in the dense low jungles of the Teraí and the Himalayas."

"If a man says he is not afraid of dying, he is either lying or he is a Gurkha."

A nice late 19th-century khukuri. The long, slender blade of elongated sirupātē (सिरुपाते) form combines slightly hollow ground flats with a subtly convex edge bevel. At the base until the "shoulder" of the blade are two narrow grooves. At the base is a notch, called cho. At the base of the blade is an iron bolster, soldered with brass. The blade shows subtle signs of forge folding and is in near excellent condition.

The grip is a single piece of wood, glued around the tang, an older construction. It has a pronounced rib for extra grip and a band of floral carving.

The wooden scabbard is covered with later blue velvet and fitted with two large silver mounts. The scabbard endpiece has the typical ridged panel flanked by floral motifs done in repousse on either side. The throat piece is decorated with pierced floral work in repousse within frames of braided silver wire.

Like is often the case, the handle split over the tang due to the shrinkage of the wood over time. Because the wood shrinks, such splits are rarely associated with any movement, and on this piece, the hilt is also still very tight. Scabbard wood is original, but the velvet is a later replacement. There is a crack at the silver endpiece, and the throat piece lost the ring mount in the center on the front.

A few khukuri are published in Egerton's Indian and Oriental Arms and Armour, numbers 314, 315, 318 and 319. Of those, 319 has a very similar silver-clad scabbard with near-identical chape. 318 has the stubby hilt seen on our current example This small group, acquired in 1855 and possibly older, shows that such khukuri were around already from the mid 19th century onwards.

Another piece with comparable chape was presented to King Edward VII, when Prince of Wales, during his tour of India in 1875-76. It is now in the Royal Collection and hangs on the wall of the Saloon Corridor, Sandringham House, and is cataloged under accession number RCIN 37595.

Khukuri in the British Royal Collection. Presented in 1875-1876.

Many of the items presented to the Prince of Wales were already old or even antique when they were presented to him, for example, a katar from Bundi is signed with a maker's date of 1836. Given the above, a dating of mid 19th century does not seem unreasonable for this khukuri. 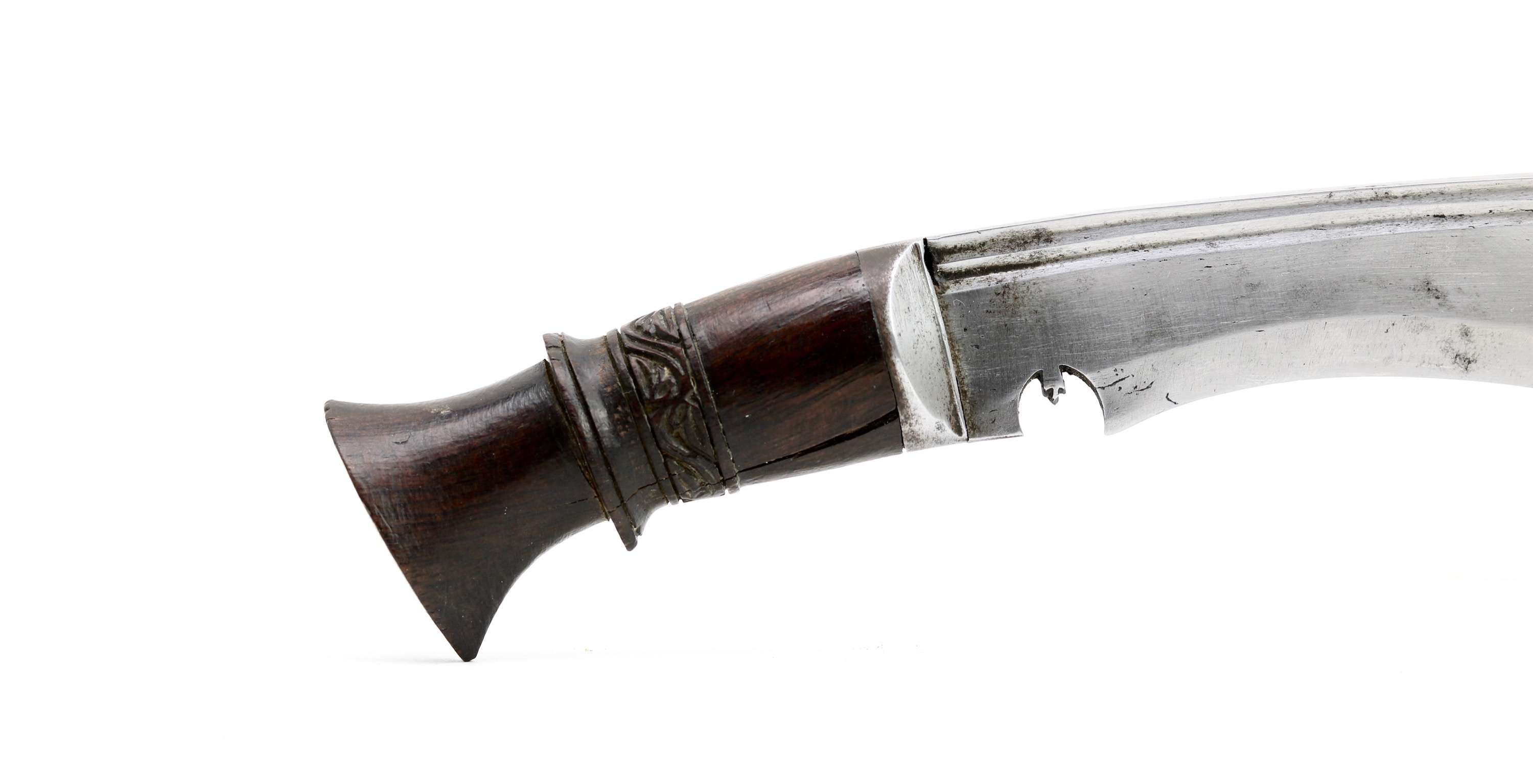 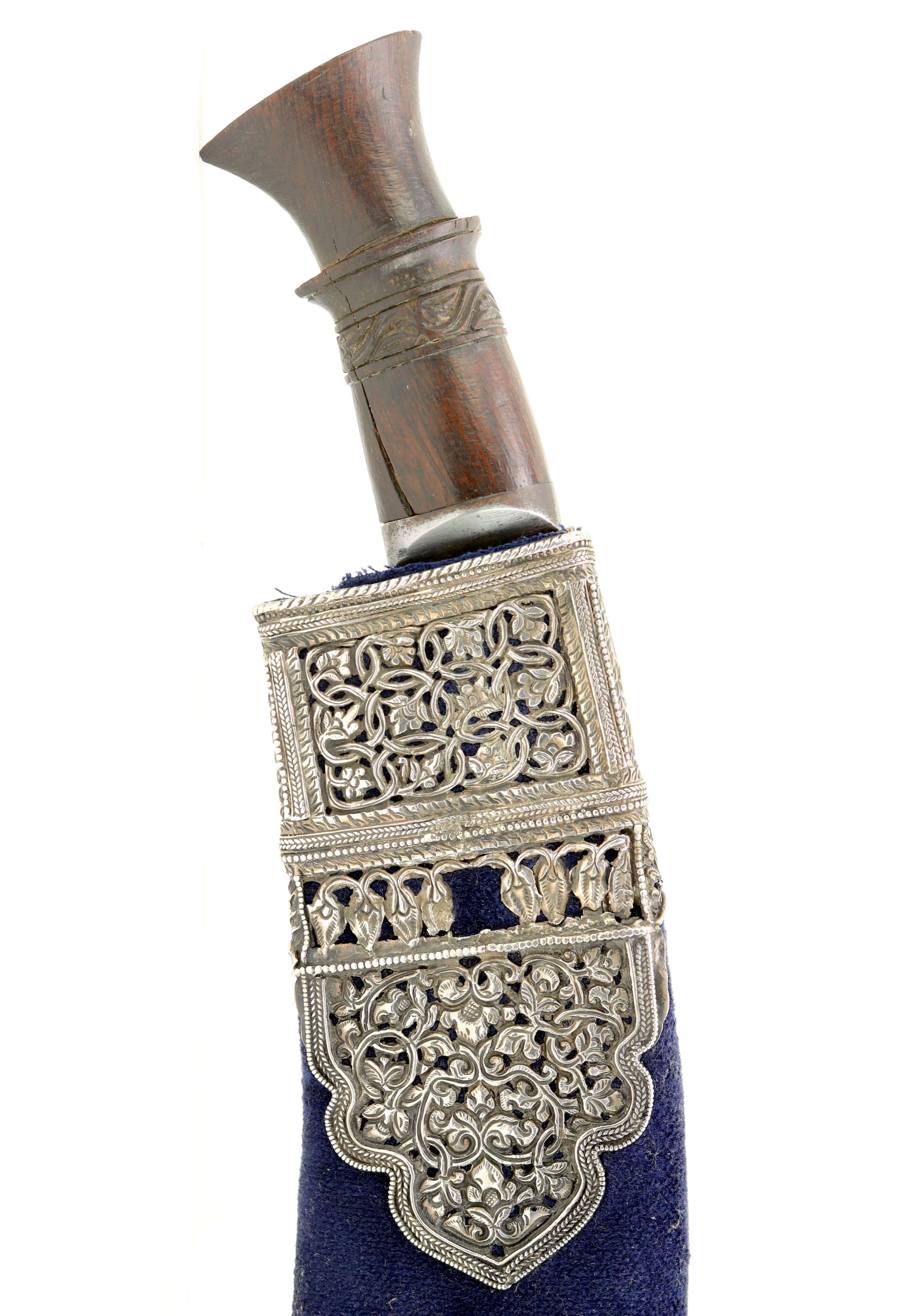