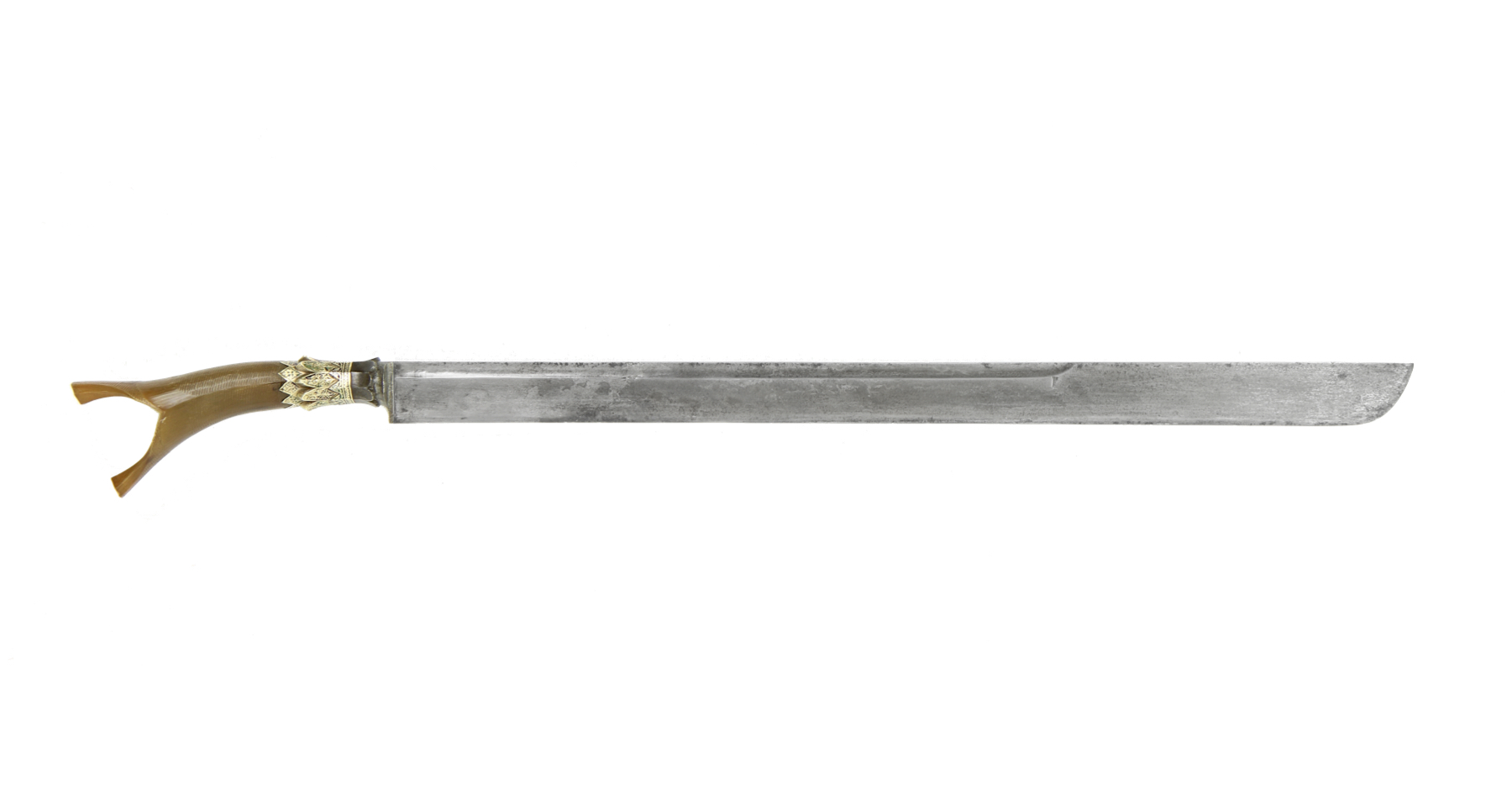 A typical example of the better sikin panjang with a golden crown.

Of characteristic form with a straight, hollow ground, single-edged blade with a shallow groove near the spine. The blade is forge folded revealing a nice burl pattern in the steel. It has the horn handle with forked end typically found on these.

This piece features a double golden crown that says something about the rank of a previous owner. The lowest rank that could wear a single golden crown were the panglima prang, literally, "military commanders". Those with double or triple crowns can probably be attributed to the local nobility or uleebalang and their retainers. The Sultan himself had weapons with four-tiered crowns.

"The panglima prang also ranks to some extent as a member of the uleebalang's suite. Anyone who has distinguished himself on some few occasions as a warrior is raised (in just the same way as the panglima kaiuom), to the rank of panglima prang, a rather empty dignity if considered alone. The weapons (sikin panjang and reunchong) which he receives from the uleebalang on his appointment, he must return to him again if he should ever embrace the cause of an enemy of the latter.

In times of peace these officers have no share in the government or administration of justice; in war the amount of confidence reposed by the uleebalang in his panglima-prang as leaders of his fighting men depends on the personal qualities of the chief himself."1

The crown on this piece is further enriched with enamel in blue and green in a fashion that reminds of some Indian work.

A nice example of an Acehnese sikin panjang with double golden crown. These weapons were worn by people of rank, starting at the local military leaders or panglima prang ranks and up.