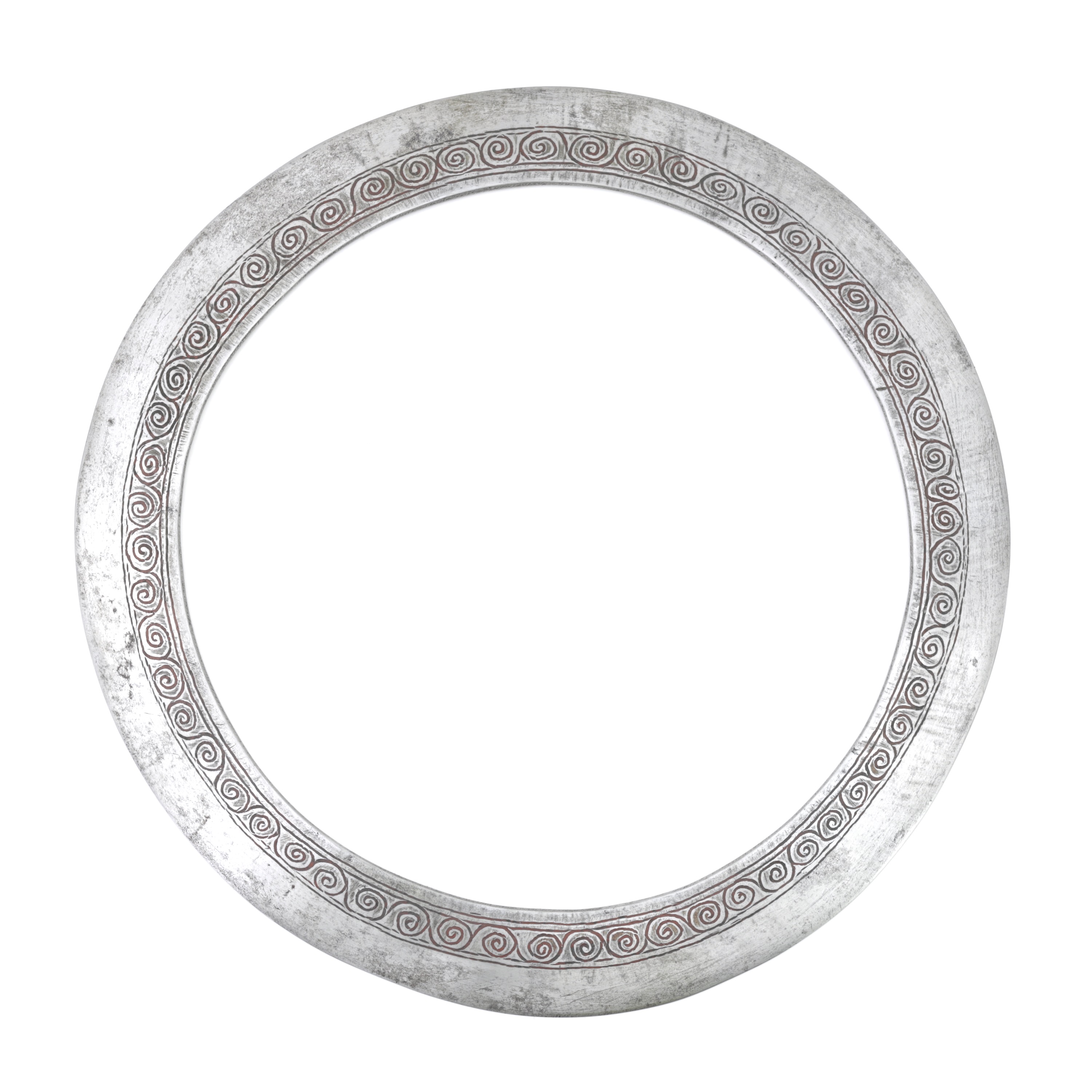 The chakram is a flat metal ring with a sharpened edge, used as a melee weapon but most famously used for throwing. Already mentioned in the 5th century B.C. epics Mahabharata and Ramayana, where it is the weapon of Vishnu. In art, Vishnu is often depicted with one spinning around the finger of his right rear arm.

In the later period, it became primarily associated with the Sikhs, who are often depicted with them around their turban. As a type, old chakram are not that rare on the market but the vast majority of them are rather light pieces that appear to have been mainly worn as part of the Sikh's attire.

A sharp and heavier "user" chakram. Sharpened around its entire circumference, the edge geometry is like a sword. It has slight signs of re-sharpening over time that suggest active use as a weapon.

Both surfaces are engraved with scrollwork, and within the grooves are remains of red lacquer.

A piece that is best felt in hand to be fully appreciated. 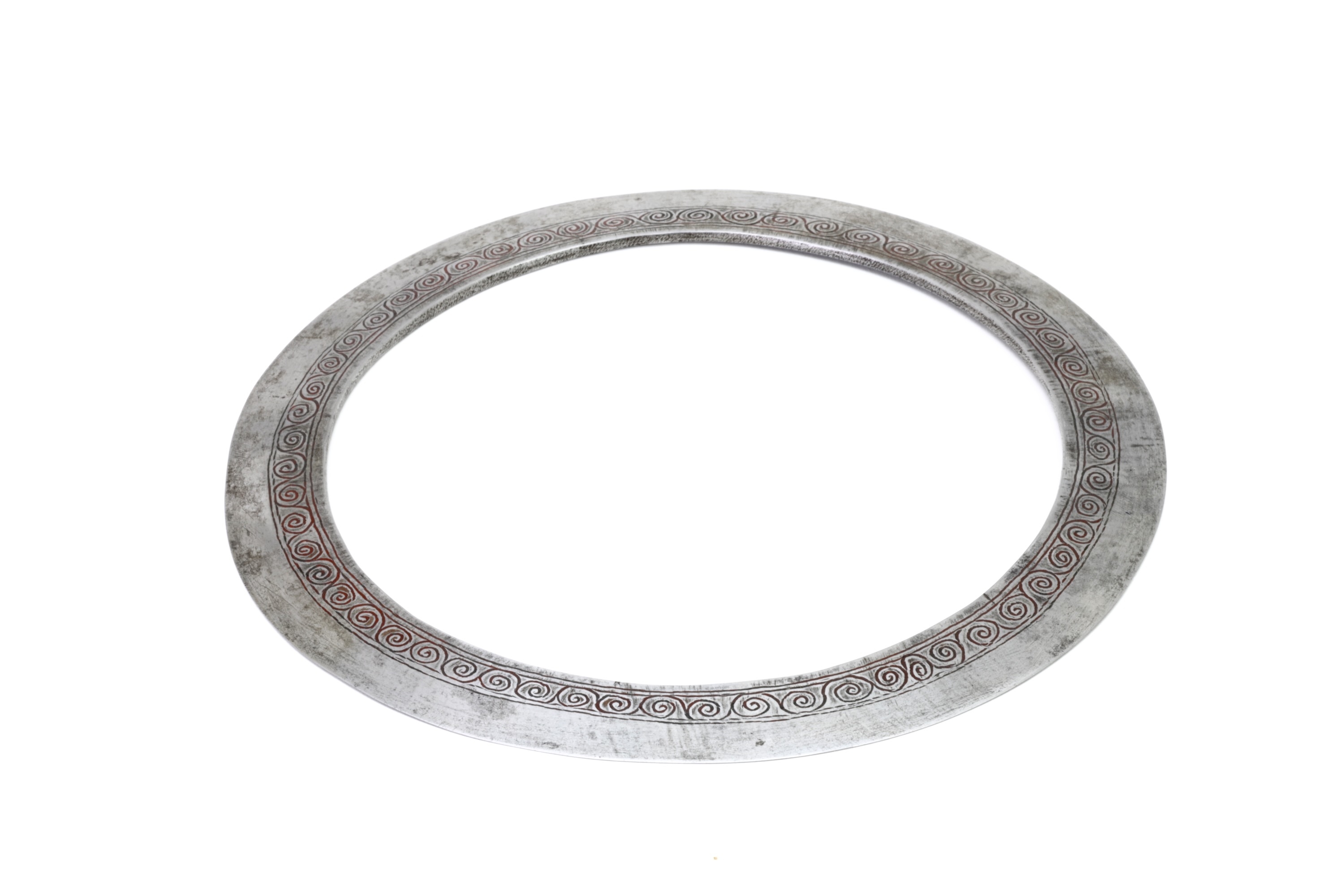 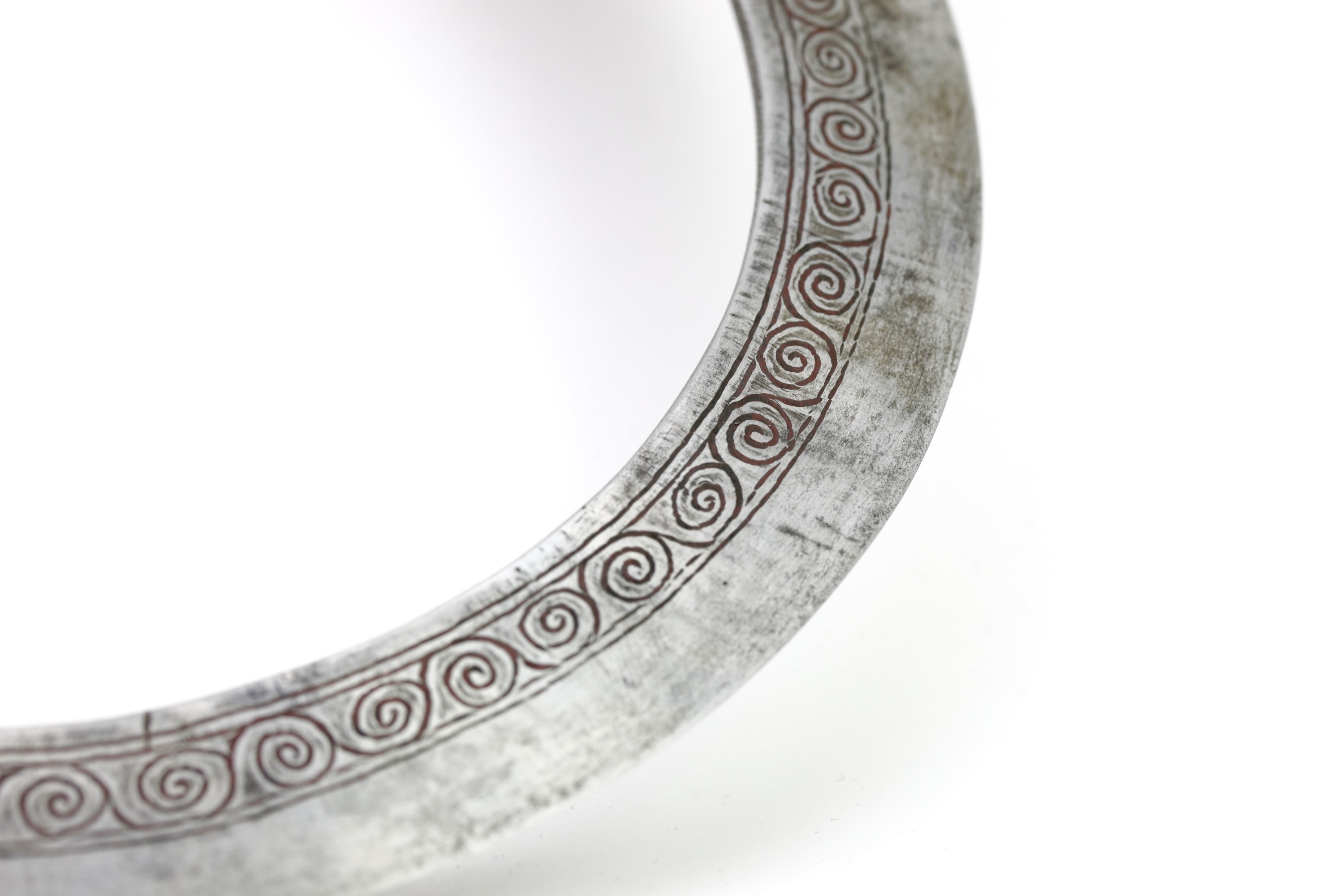 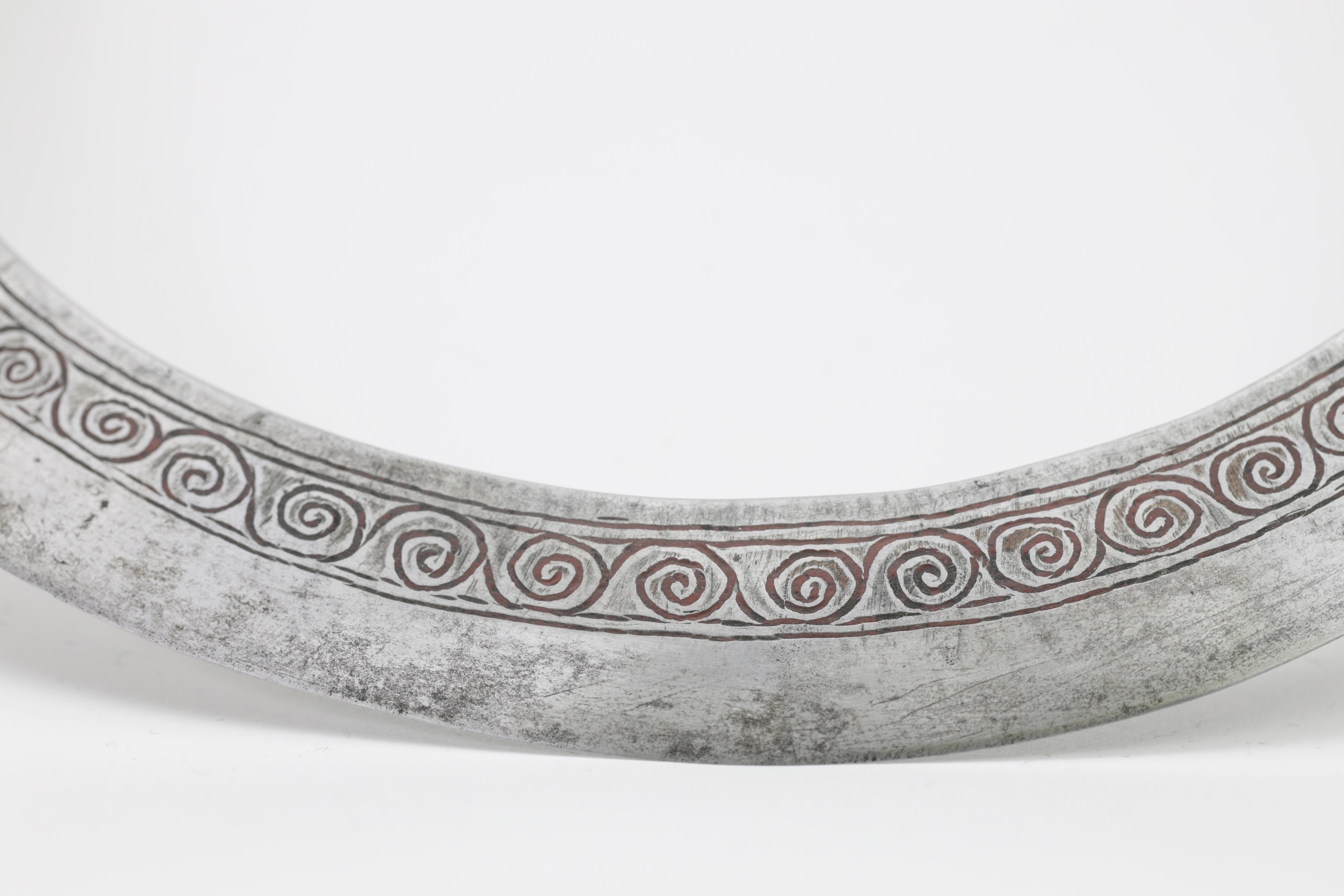 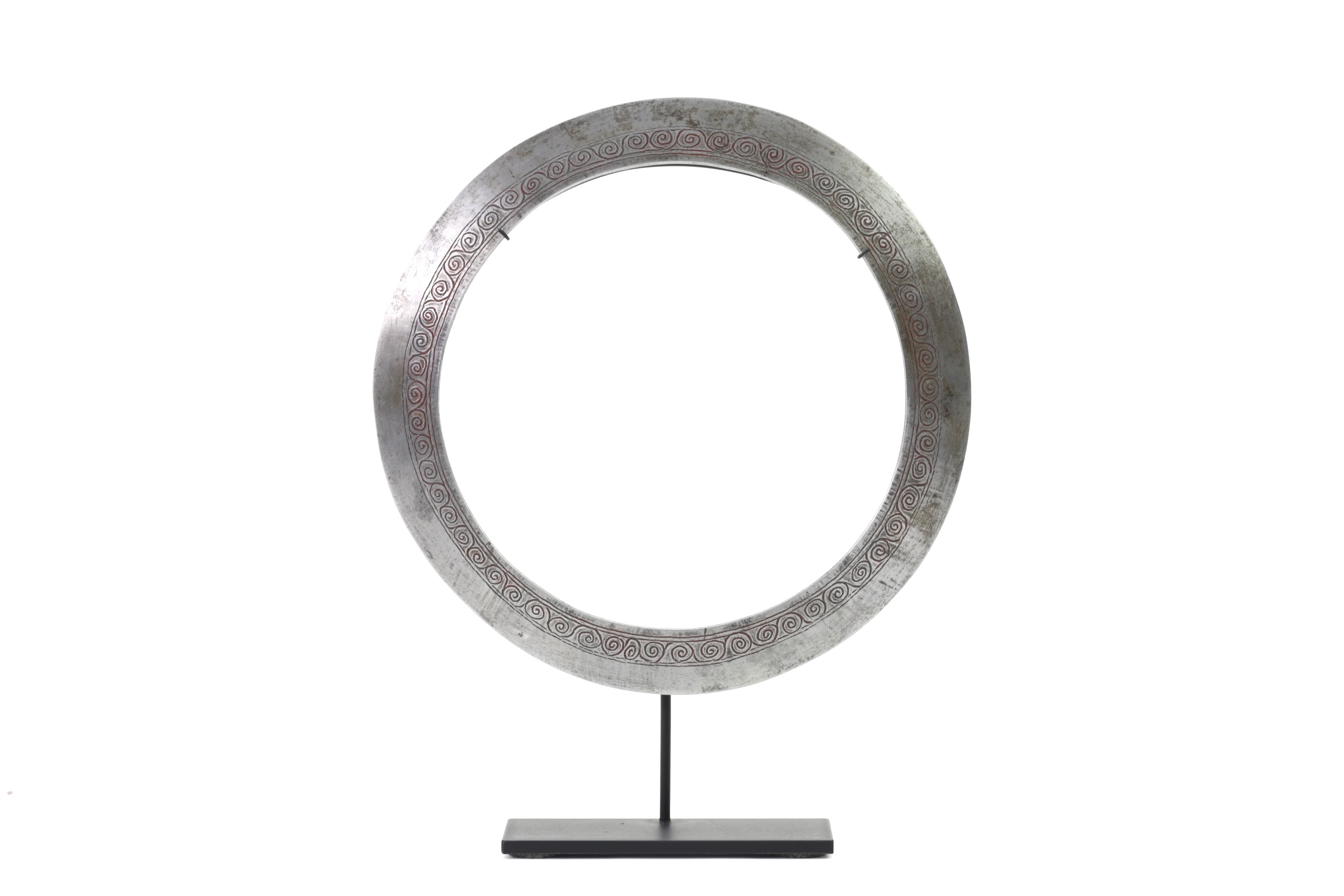