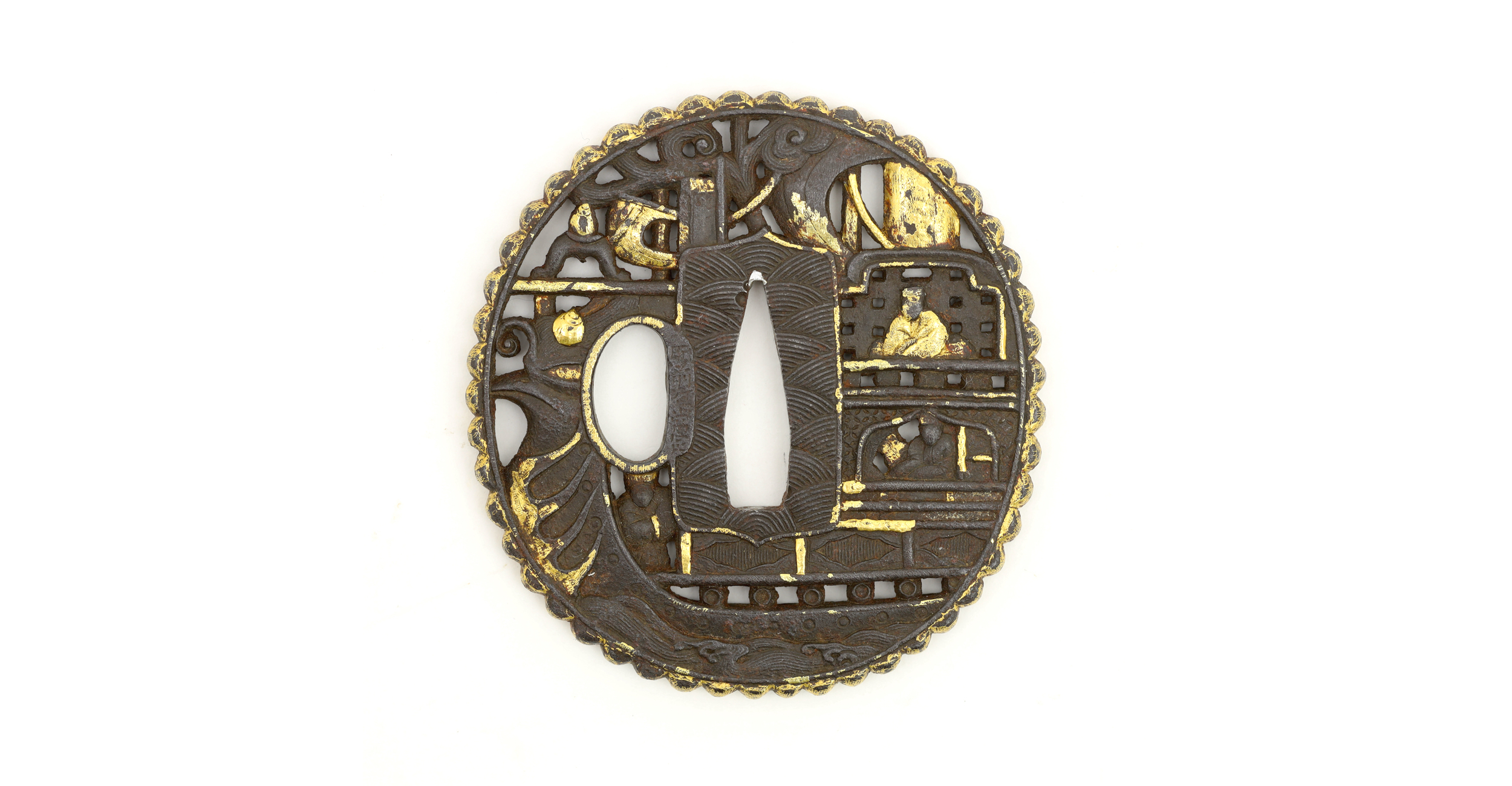 Nanban tsuba are a genre of tsuba exhibiting strong foreign influence. Some are plain imports and should be seen as outside the genre. Of those made in Japan, very, very few are ever signed. Today I present a rare exception.

This piece depicts a fantasy version of a Chinese ship, possibly the mythical Takarabune (宝船), or "Treasure Ship". The bow of the ship is shaped like a phoenix head, with a figure standing at its base. At the stern are two figures in traditional Chinese dress. Two small billowing sails are also chiseled. It has a beaded rim. The seppa-dai (washer seat) is in typical nanban style; angular with peaked top and bottom and decorated with a stylized wave pattern. The whole is decorated with gold overlay over three-directional cross-hatching.

It has one hitsu-ana, the opening for the by-knife, with a very small four-letter signature on its rim:

Hishū is an old name for Hizen.

Kanesada appears in the Haynes index, H 02535.0. Active circa 1800, did classic Canton style with facing dragons and a jewel. Also did the Mitsuhiro style 100 monkeys designs.

The piece comes with old NBTHK Tokubetsu Kicho Nintei-sho papers of Shōwa 37, 1962. Such papers are deemed worthless today due to corruption at the NBTHK. The Shinsha team at the time could also not figure out the maker's signature. I will keep them with the piece out of nostalgic reasons. 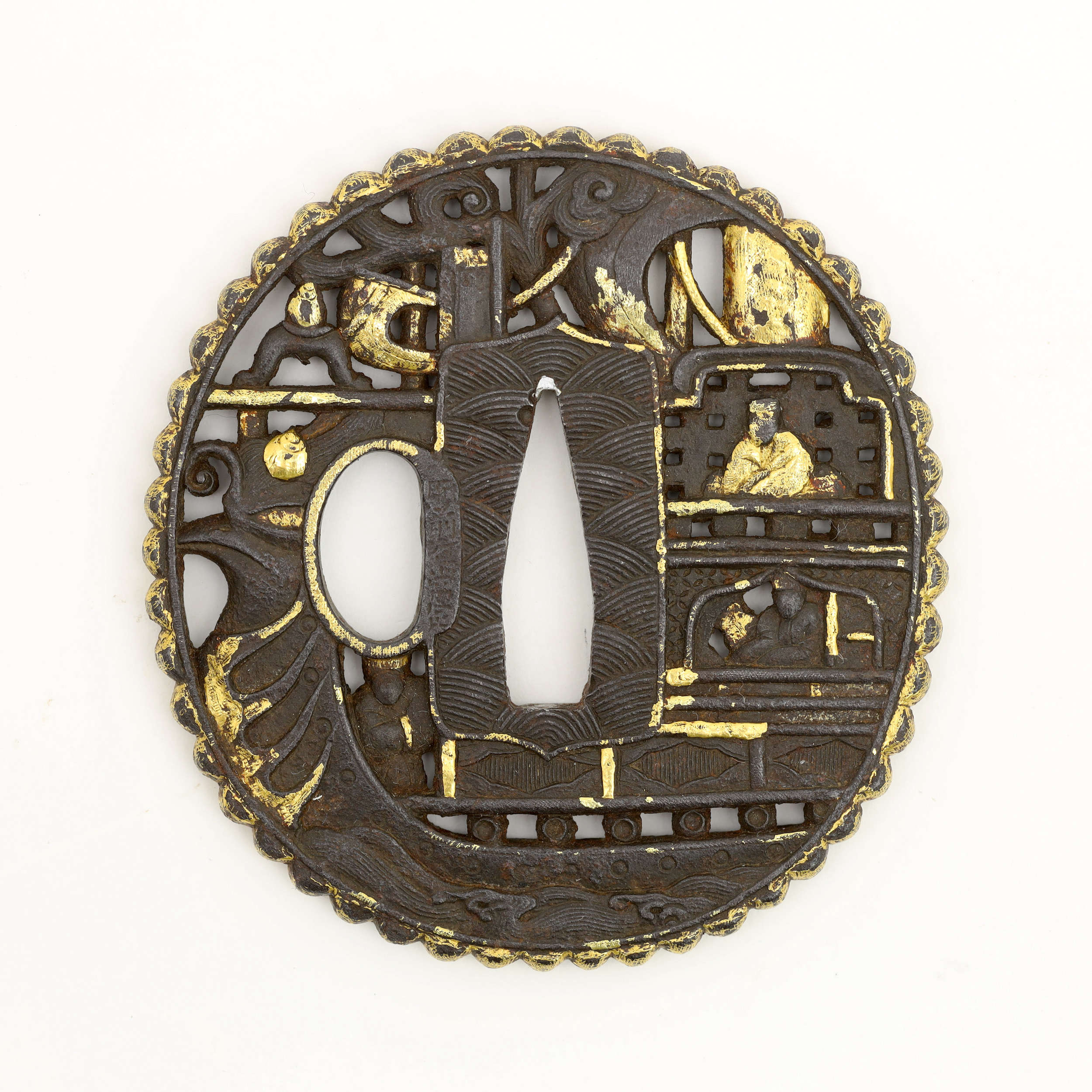 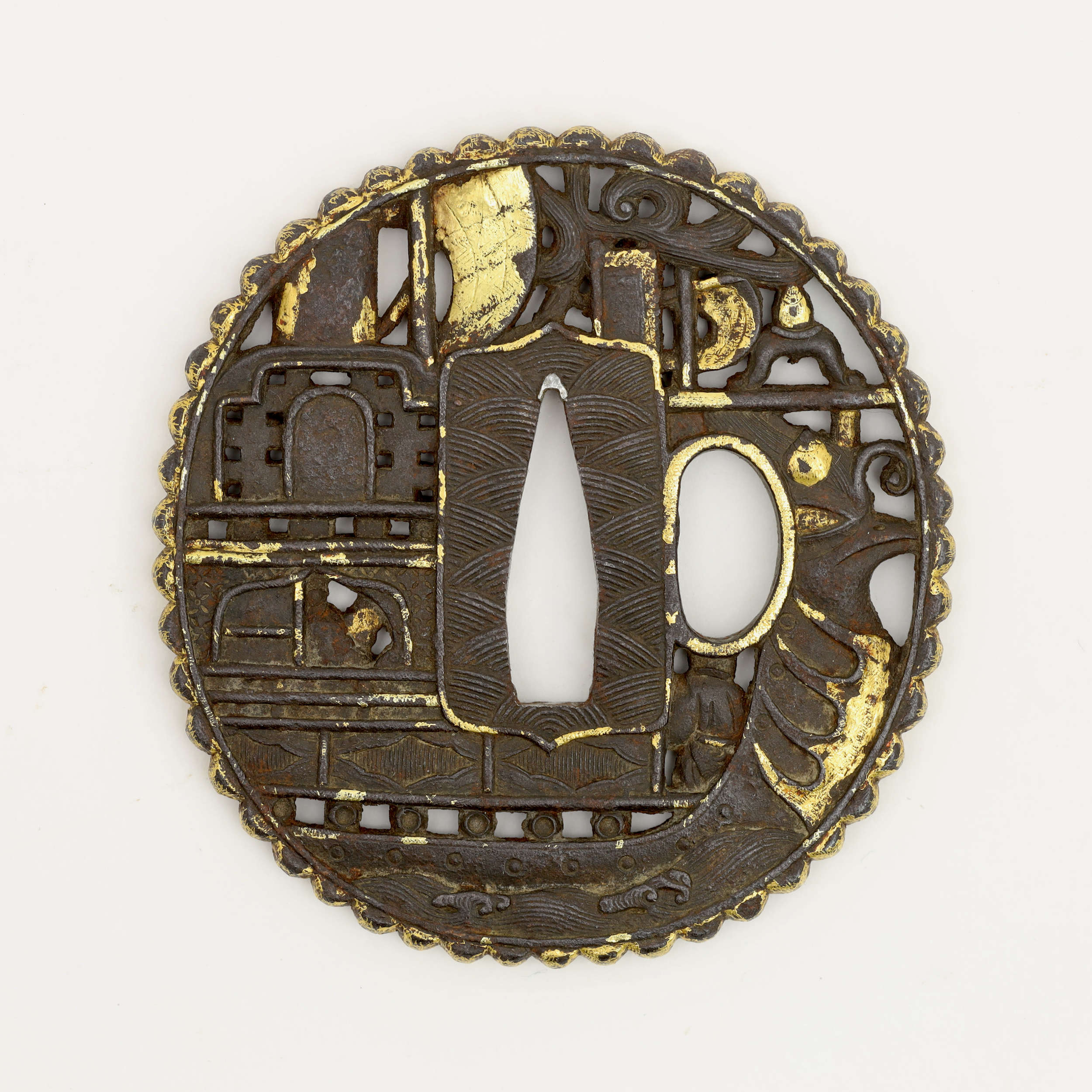 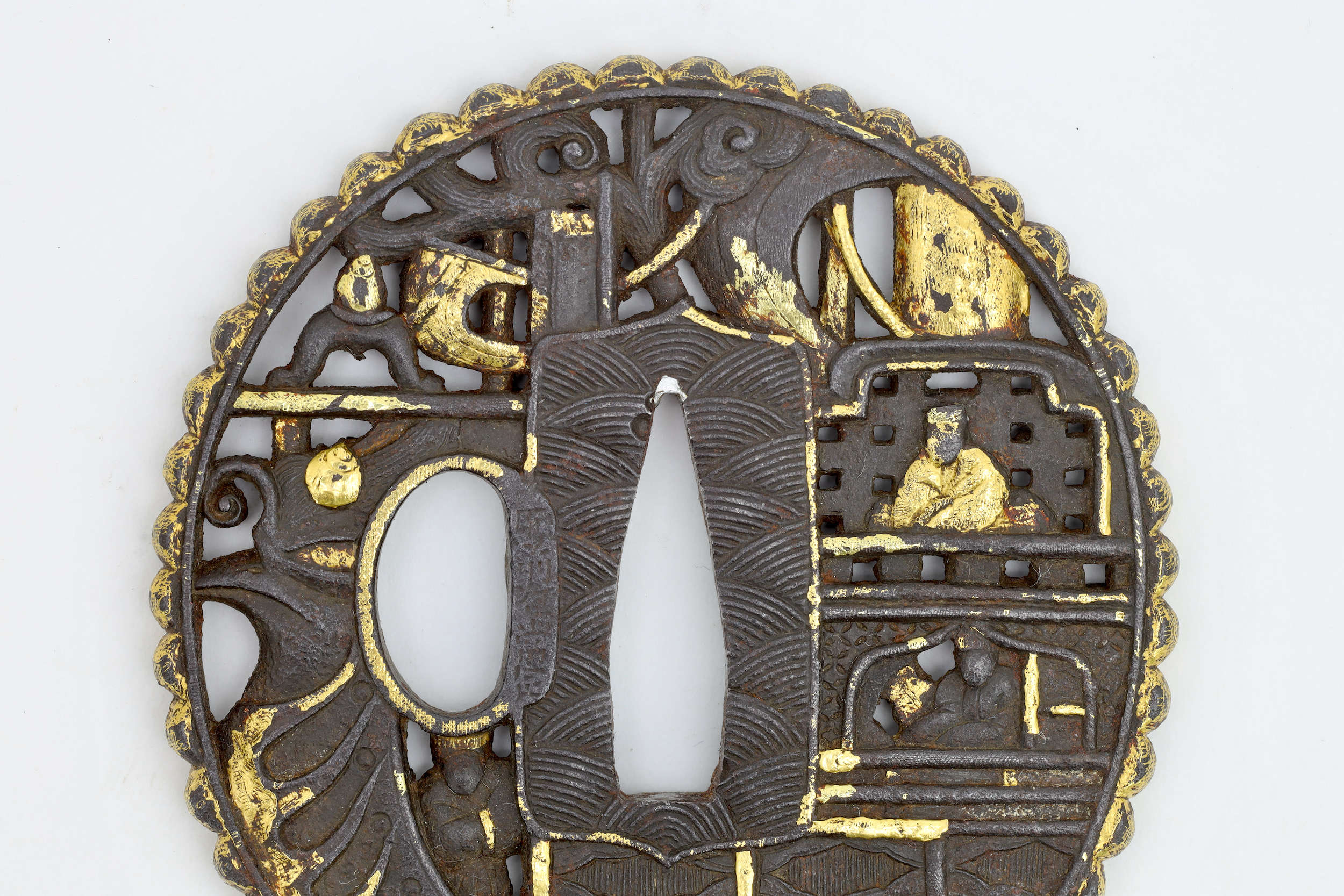 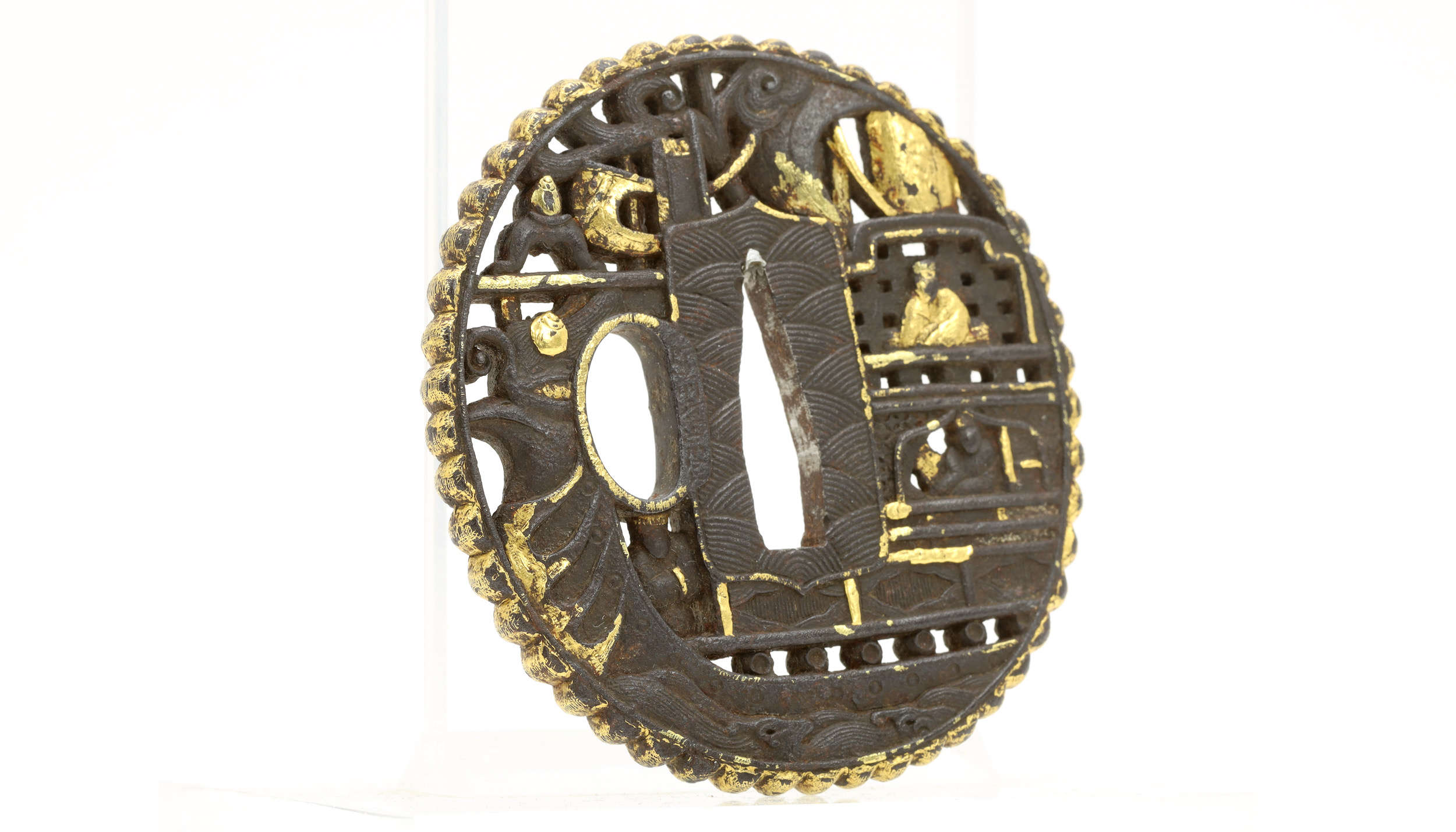 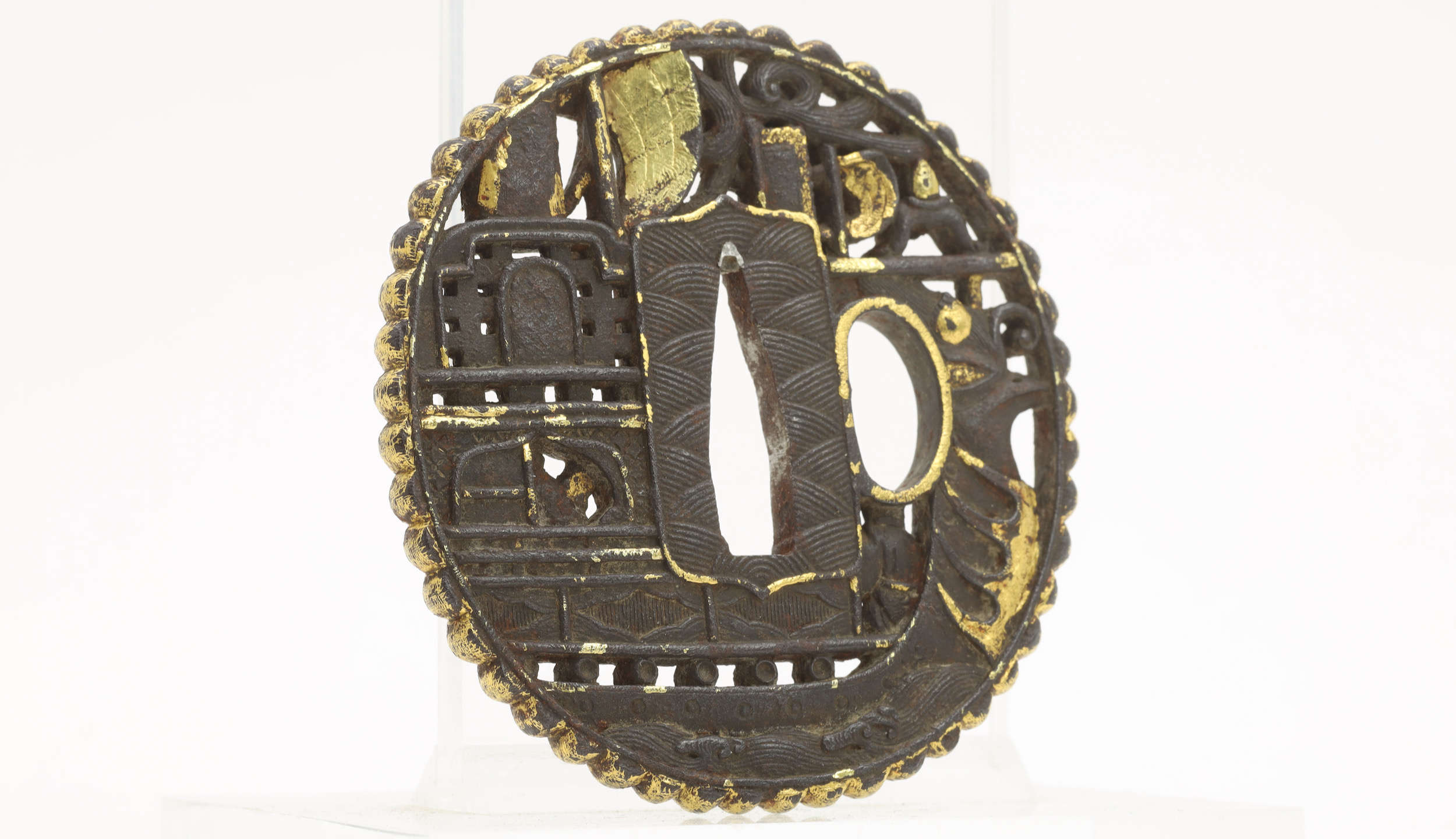