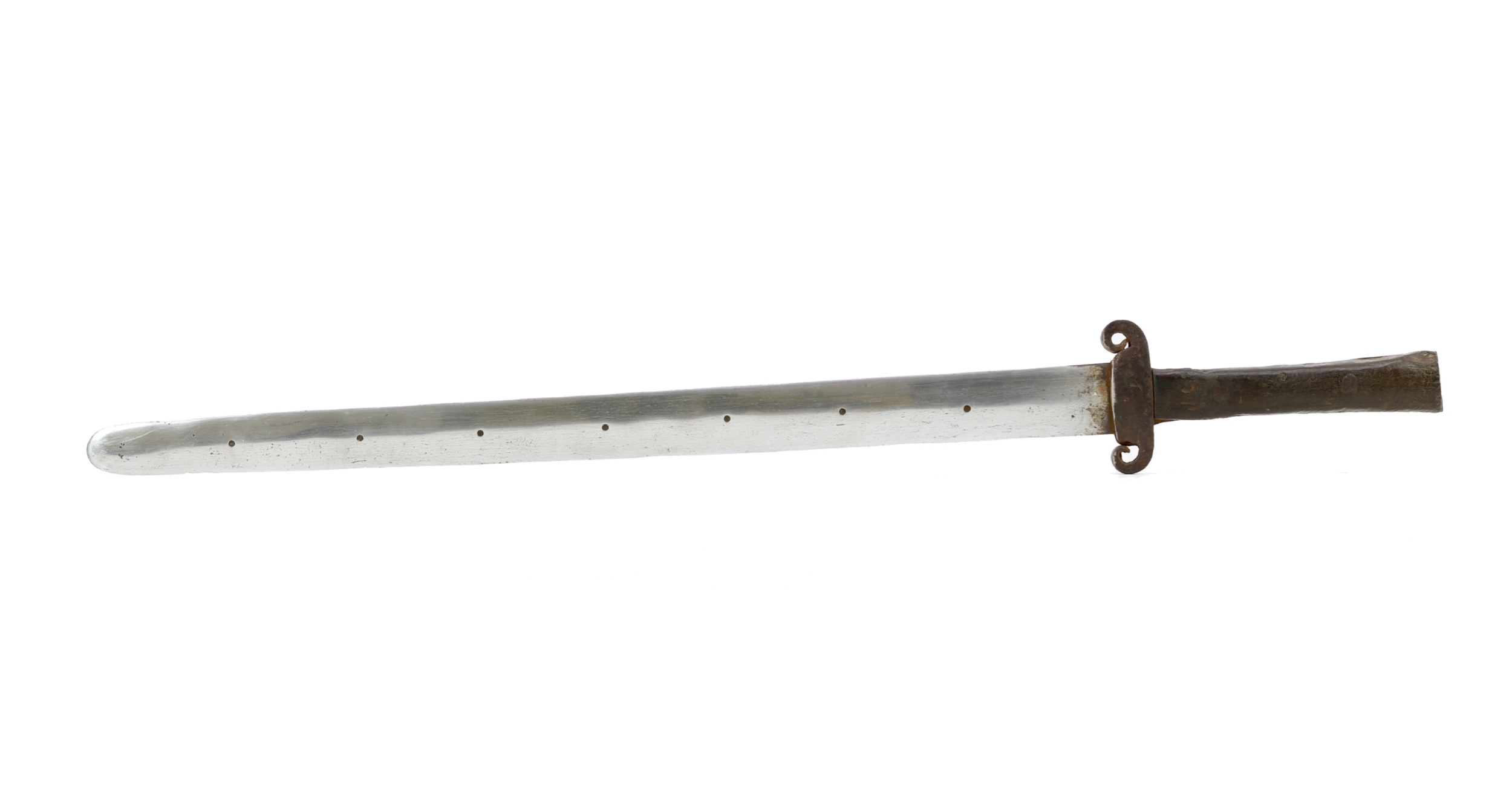 Chinese rural villages were required since at least the Han dynasty (206 B.C. - 220 A.D.) to organize their own defenses in the form of village militia. The reason that China was so vast that the army simply did not have the time and resources to respond fast to internal rebellion.

These militia were called tuánliàn (團練). Its literal meaning was: "assemble and practice".1 These militias consisted of able-bodied men who were to gather and practice on set times to prepare them for the defense of their village. The organization and leadership over these militias was often in the hands of the local gentry, the literary elite, scholars whose weapon had traditionally been the jiàn. This is why, unlike in the army, quite a few militia weapons were actually jiàn.

A somewhat more unusual specimen. It features a "ram's horn" guard that is more often encountered on spearheads and later became a staple form for the guard on the dadao.

The straight blade has seven dimples on one side, resembling the seven stars of the Big Dipper. See my glossary article Běidǒu (北斗) for its meaning.

The blade has the lumpy surface of a blade that was used a lot. Still healthy though, and the edge contours largely intact. The tip is rounded.

Jian with fairly round or almost square tips were produced so it is hard to say whether this is "by design" or worn. A good rule of thumb, with seven stars swords, is to look at the stars. Usually the distance between the base of the blade and the first star is the same as the distance between the last star and the tip. In this case, both are exactly 71 mm. So I tend to think the tip was made like this, as a sharp tip would have added a fewe millimeter on that end.

This piece has no pommel, never had one, but it balances beautifully due to smart geometry on the blade end.

Everything tight and stable. 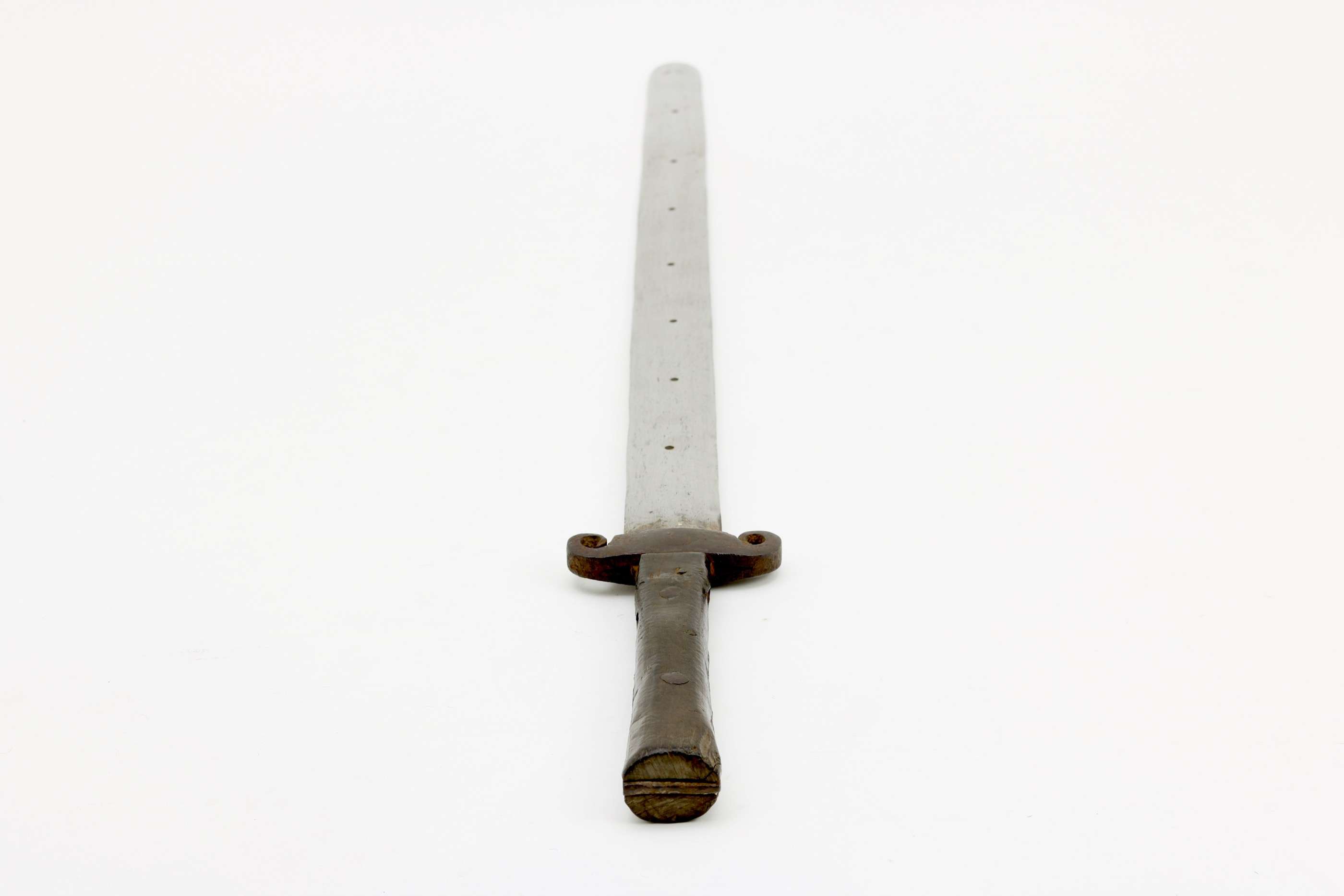