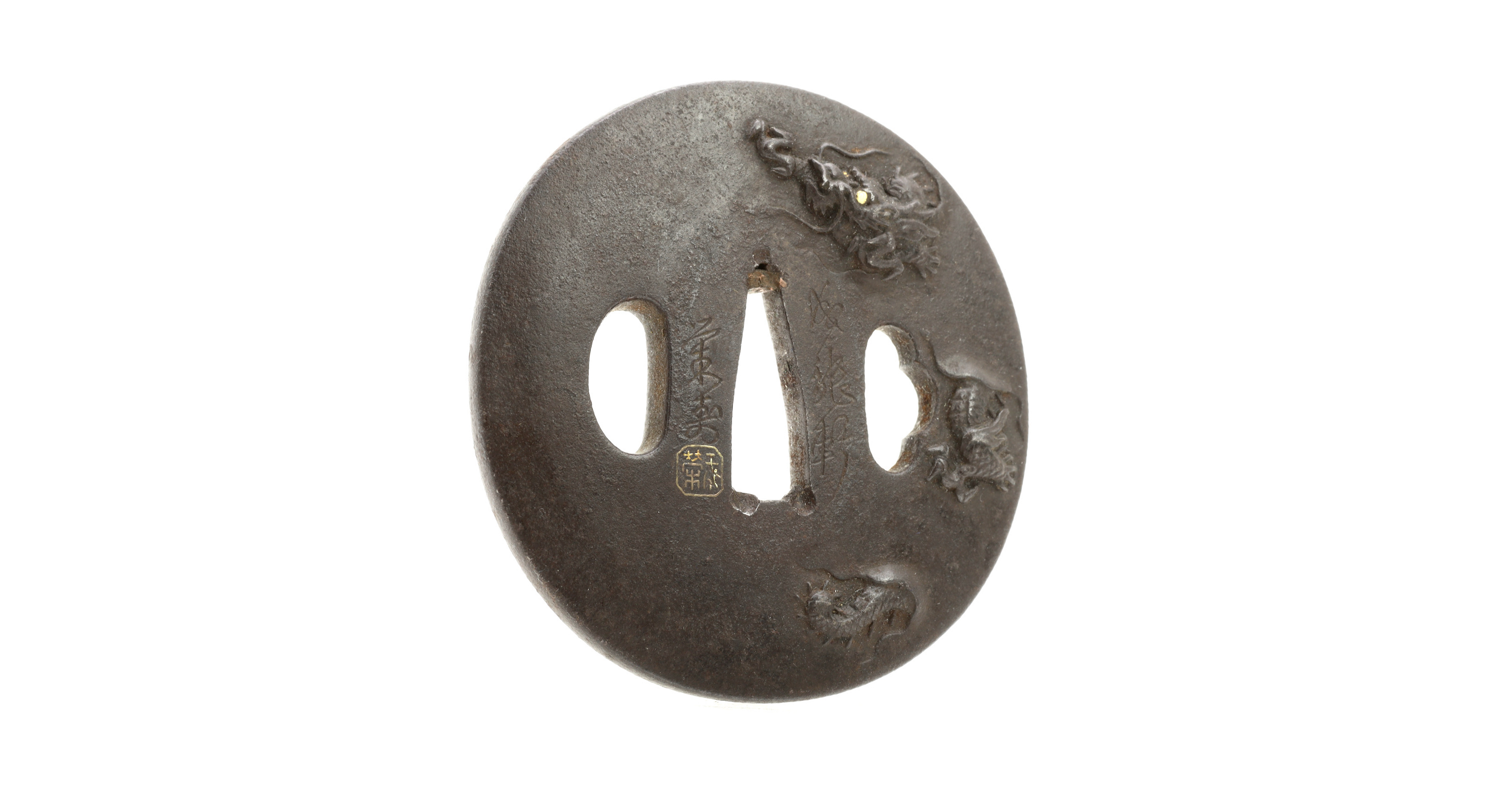 Tsuba carrying his name and signature vary considerably in style and quality, and many even exhibit different kao (personal seals). The most likely explanation is that he ran an atelier with several craftsmen, and was only involved in some of the pieces himself. Hirado Kunishige also worked like that.

A recurring trait of Seiryuken Eiju tsuba is that they have a discoid cross-section, with chiseled iron decor and bears the signature in beautiful cursive sosho (grass script), often with a golden inlaid seal.

A nice example of a Seiryūken Eiju tsuba, better executed than most. It has the typical discoid cross-section. The decor consists of a dragon, something Seiryūken was famous for. Parts of the dragon's body are protruding here and there as if it lives inside the tsuba. The eyes are separately inlaid pieces of gold.

It bears a golden inlaid personal seal with the characters Sei-Ei (成栄), his former signature. 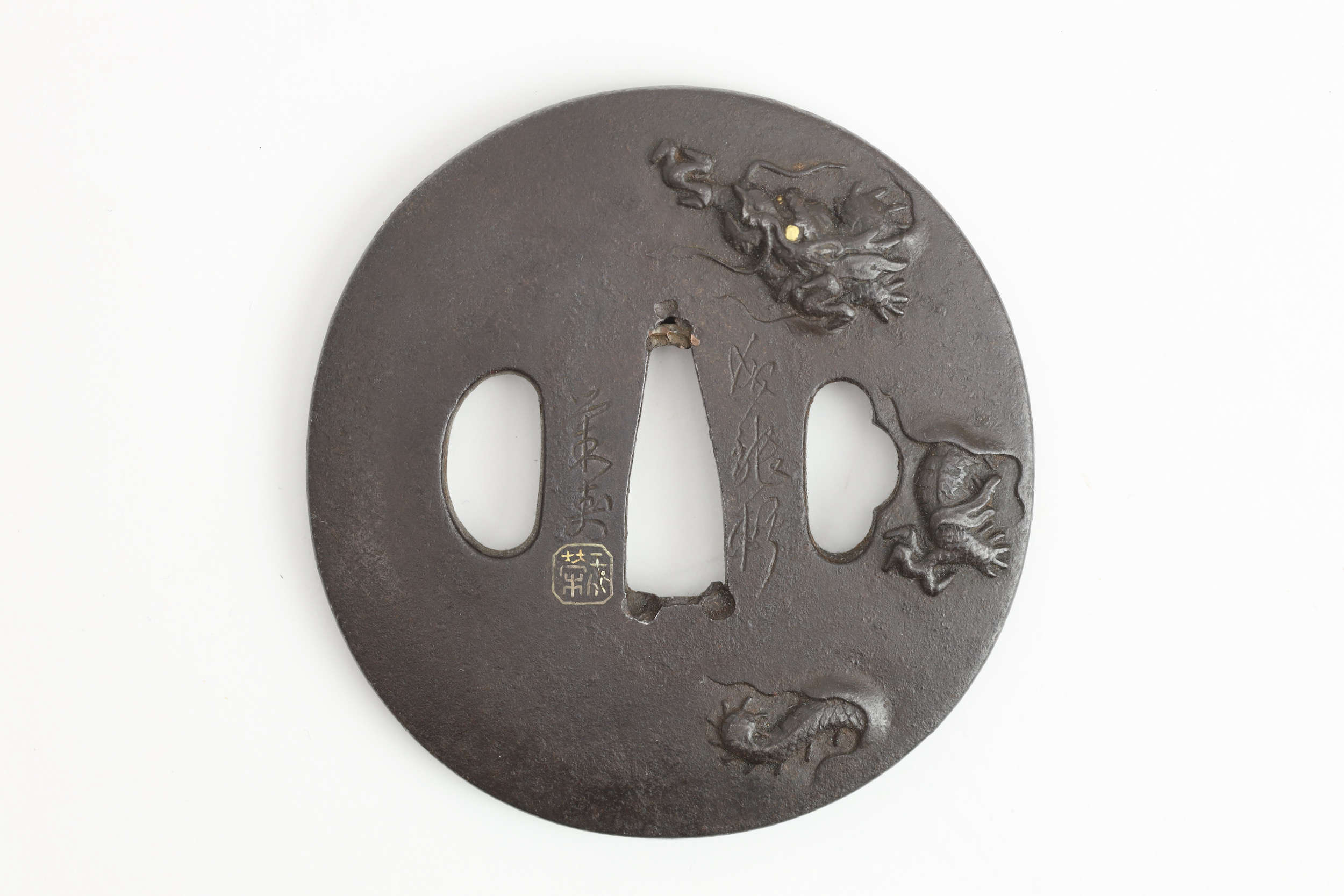 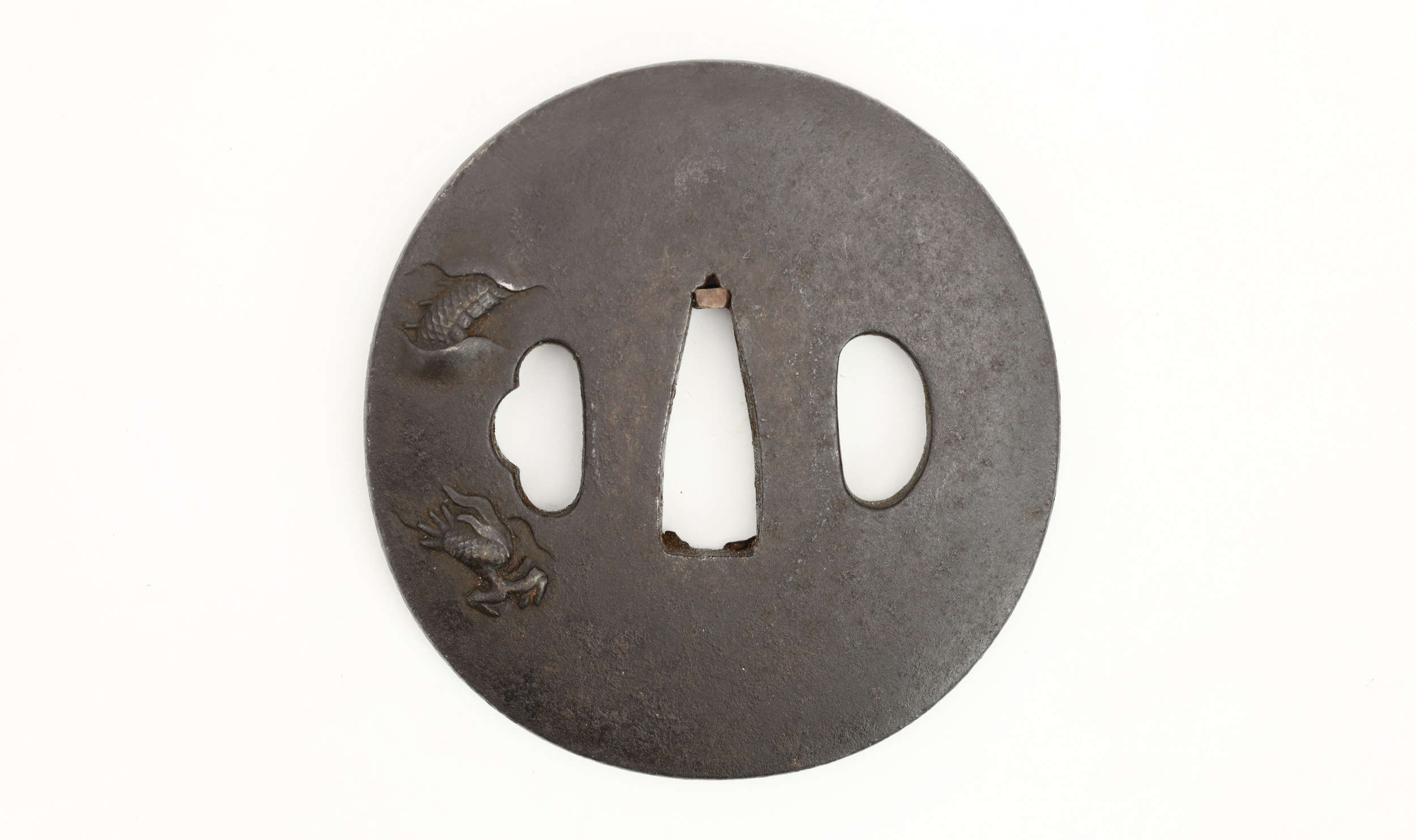 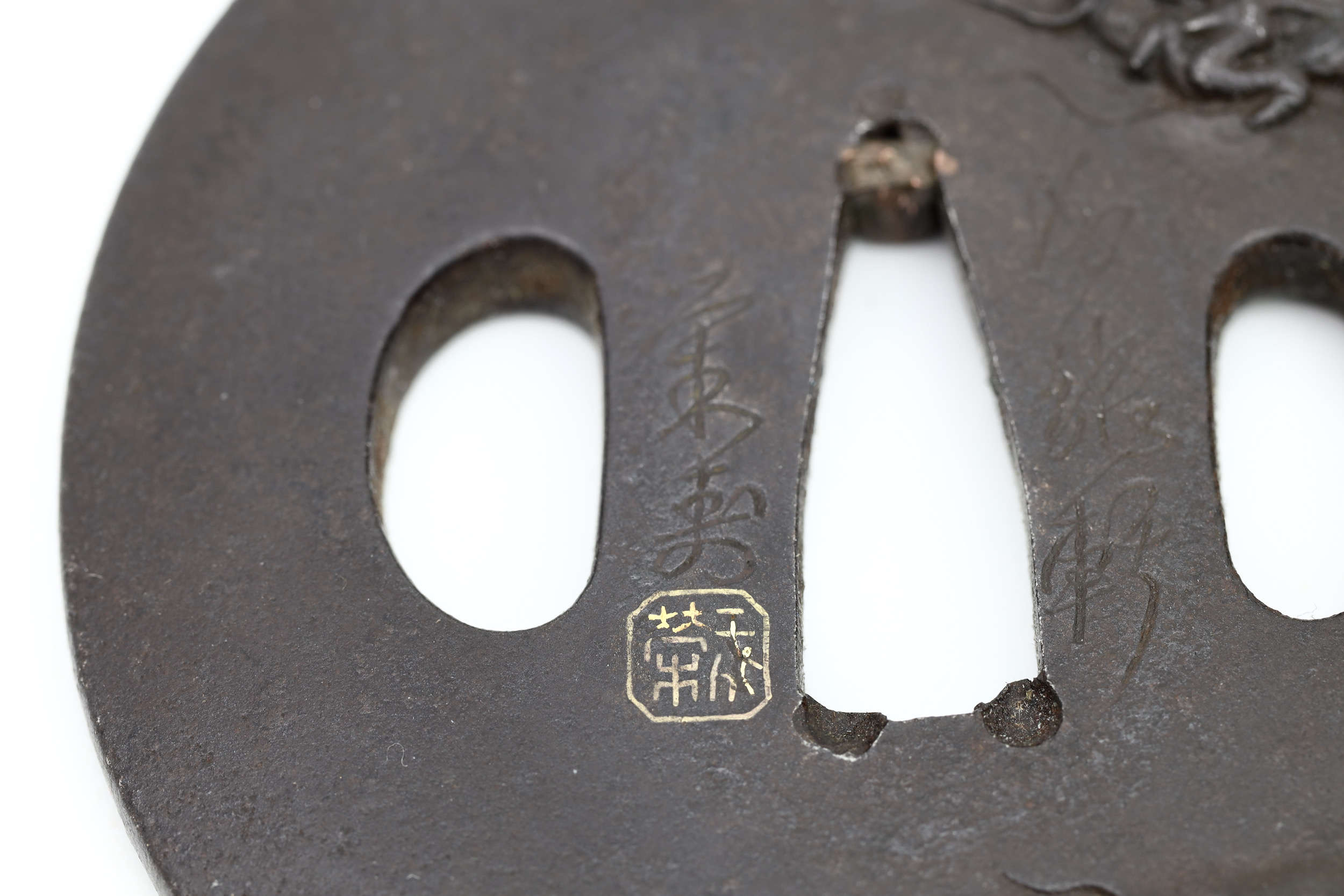 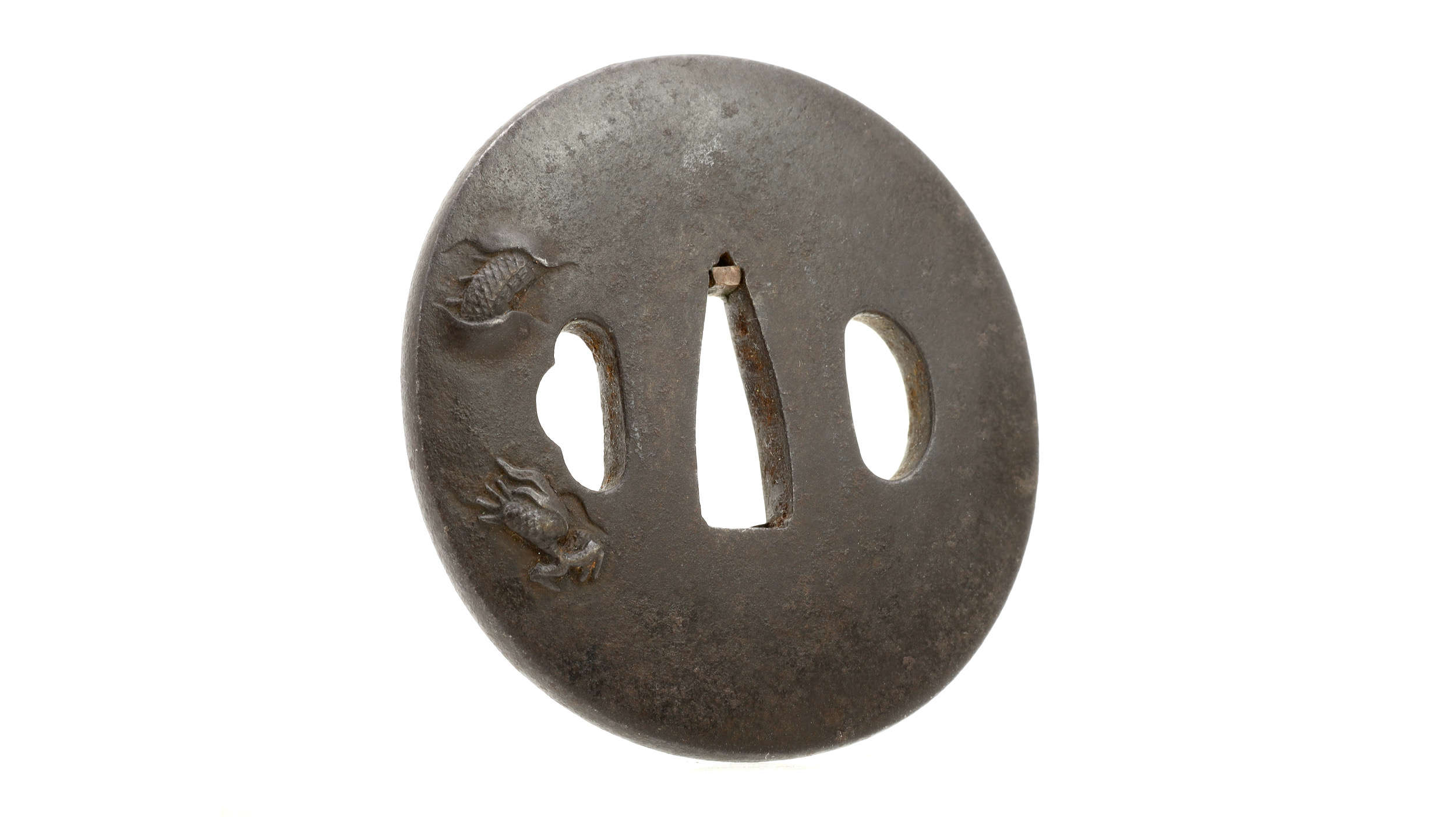 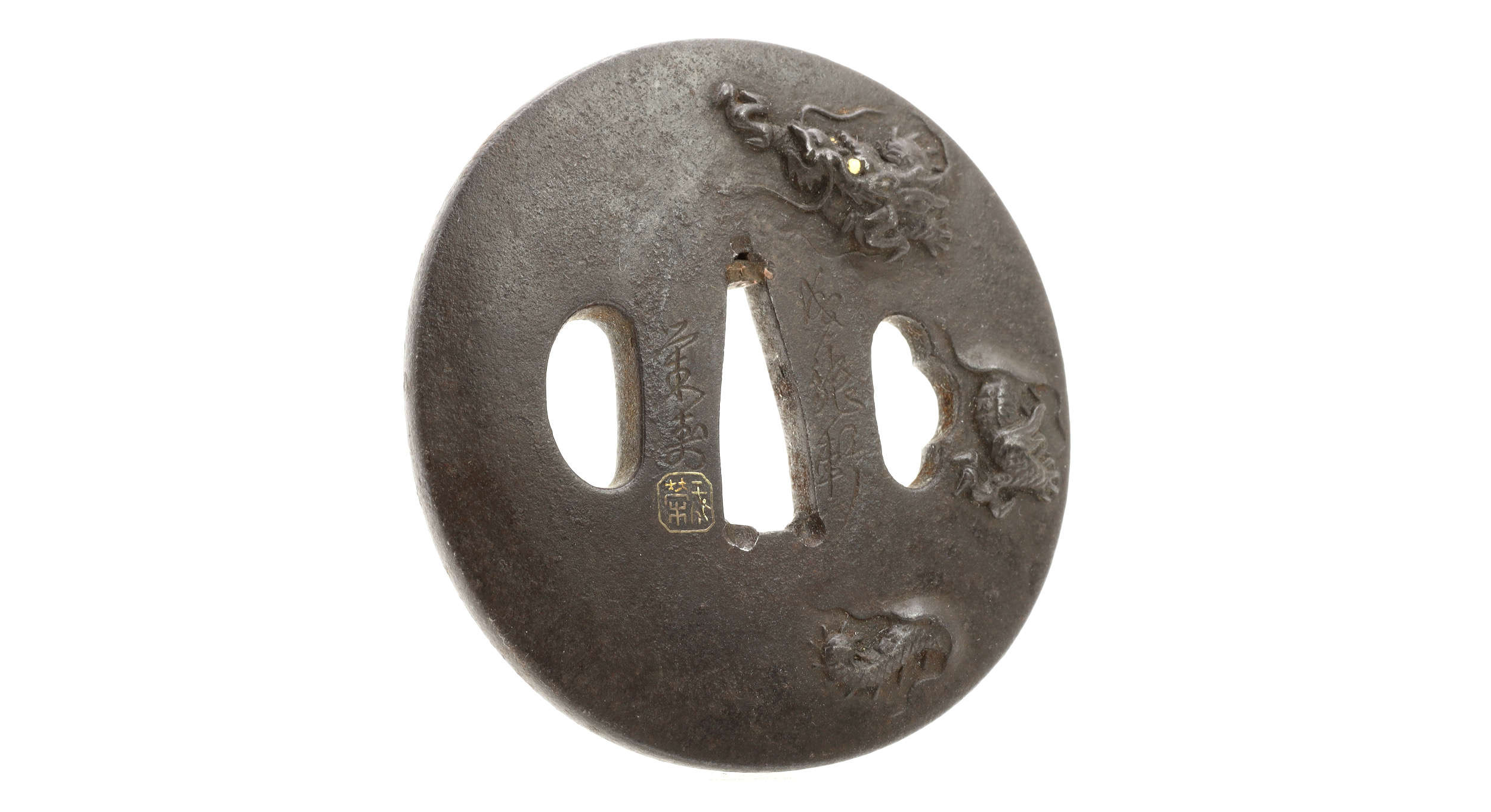