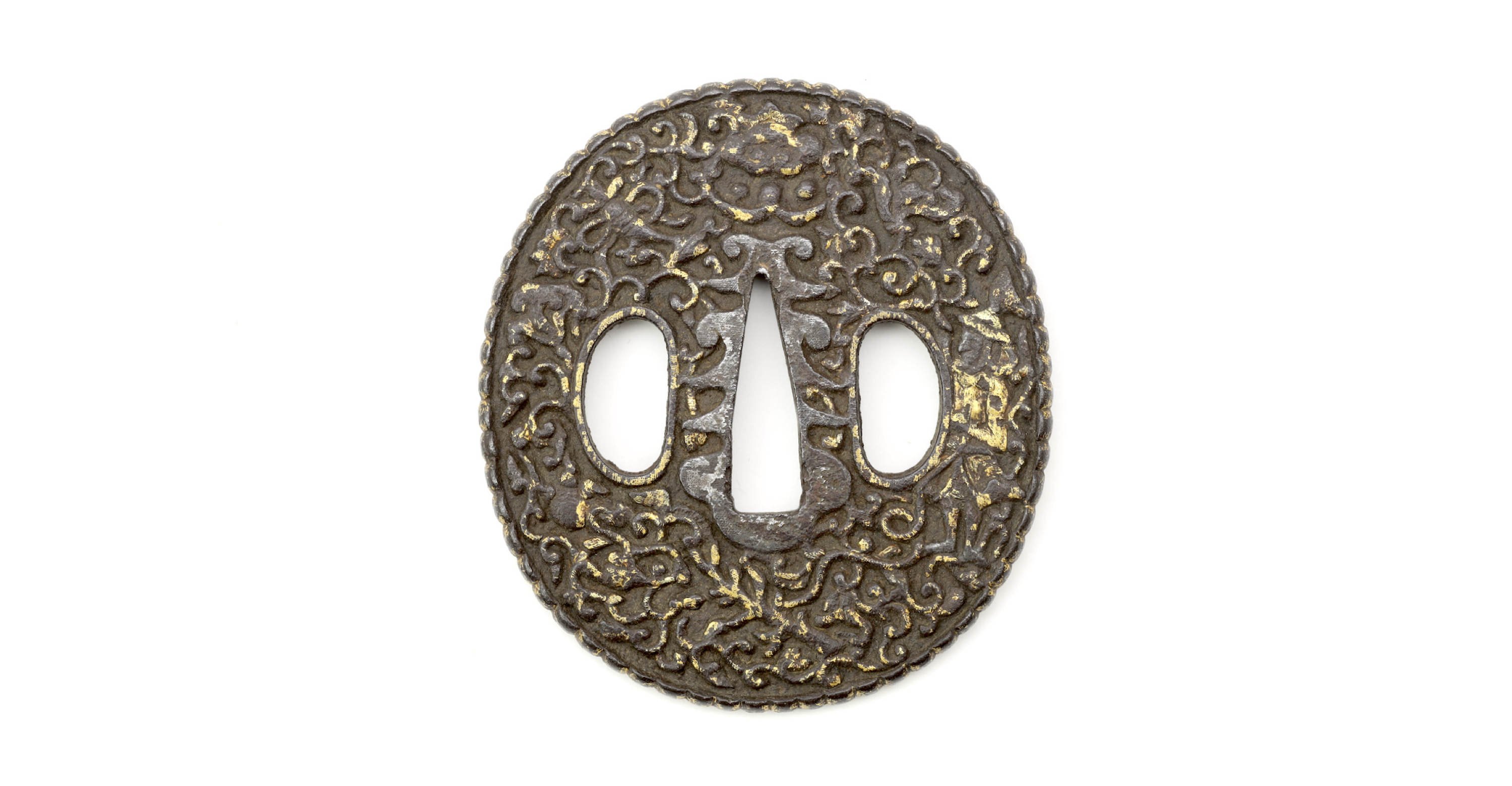 An interesting and unusual sword guard. Of slightly oval form with beaded rim as common on nanban tsuba and Asian export sword guards.

It is made of forged iron, chiseled on both sides in slight relief. The designs on the facing side include a Chinese style lingzhi (mushroom) cloud, a piece of coral, a horn, some hard to identify objects, and a foreign figure on the right. He wears a hat with a plume.

The reverse is decorated with mostly floral designs among foliage, and again a horn. Around the tang opening is an oval space overlaid with silver and engraved with cloud motifs.

Overall style indicates that is was clearly created for the Japanese market. It has two kozuka-hitsu-ana, openings for by-knives often carried in the Japanese scabbard.

The execution is more Chinese to my eye. It was perhaps made in Canton, where much expert goods were produced, or in Nagasaki Chinatown by Chinese carvers (kiyou toujin) who were also known to work mostly in relief.

The style of the decoration strongly reminds of some sawasa wares, export wares in copper alloys that were patinated a black, with gilt highlights. Sawasa was produced primarily for Dutch expats working throughout Asia. Production centers were Nagasaki, Tonkin, Canton, and possibly also Batavia. This sword guard is part of that same a pan Asian market of curiosities that were trade along maritime trade routes to curious audiences in the different port cities.

This particular guard does not have evidence that it was ever mounted. It was probably kept as a gift, or a novelty. 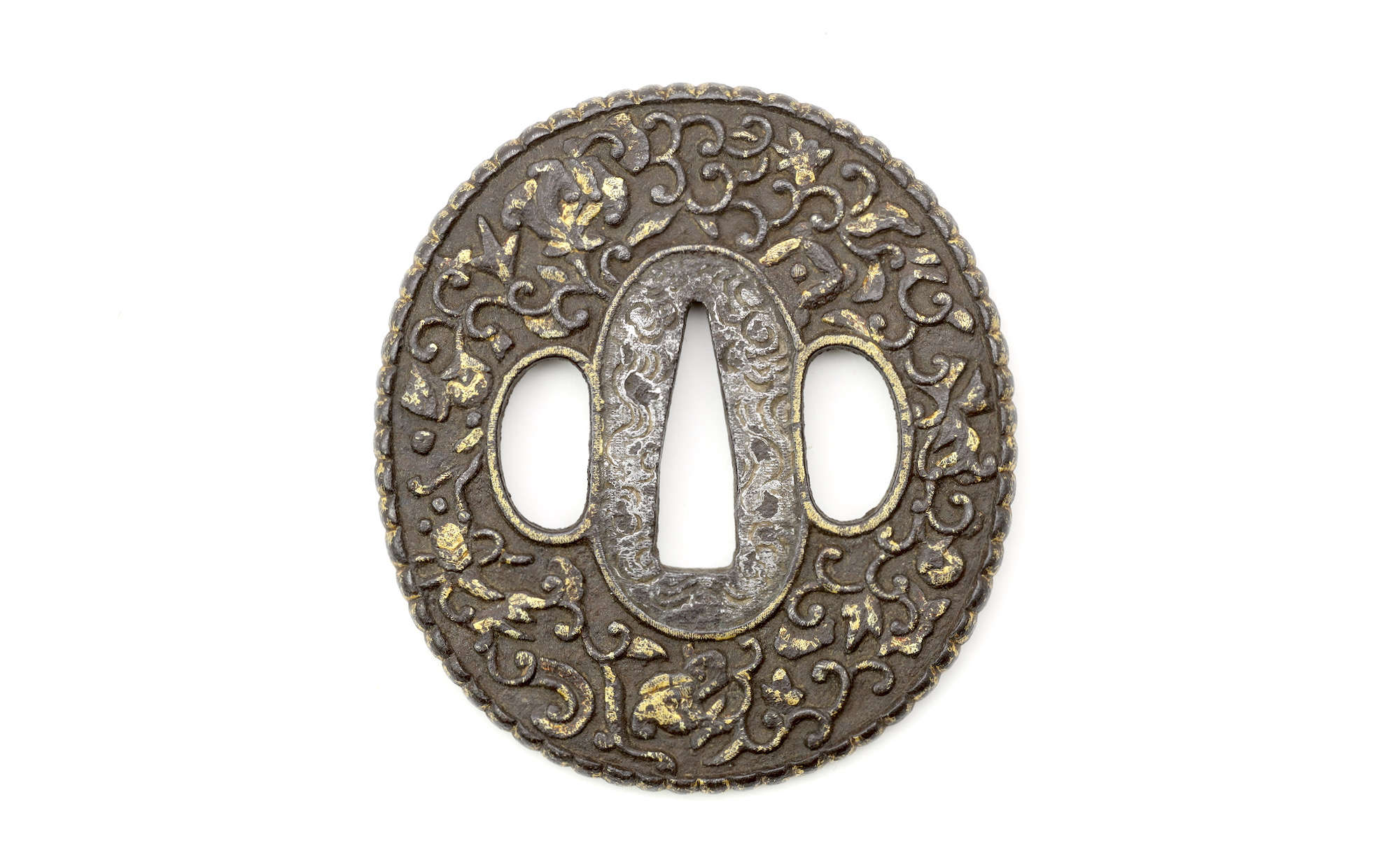 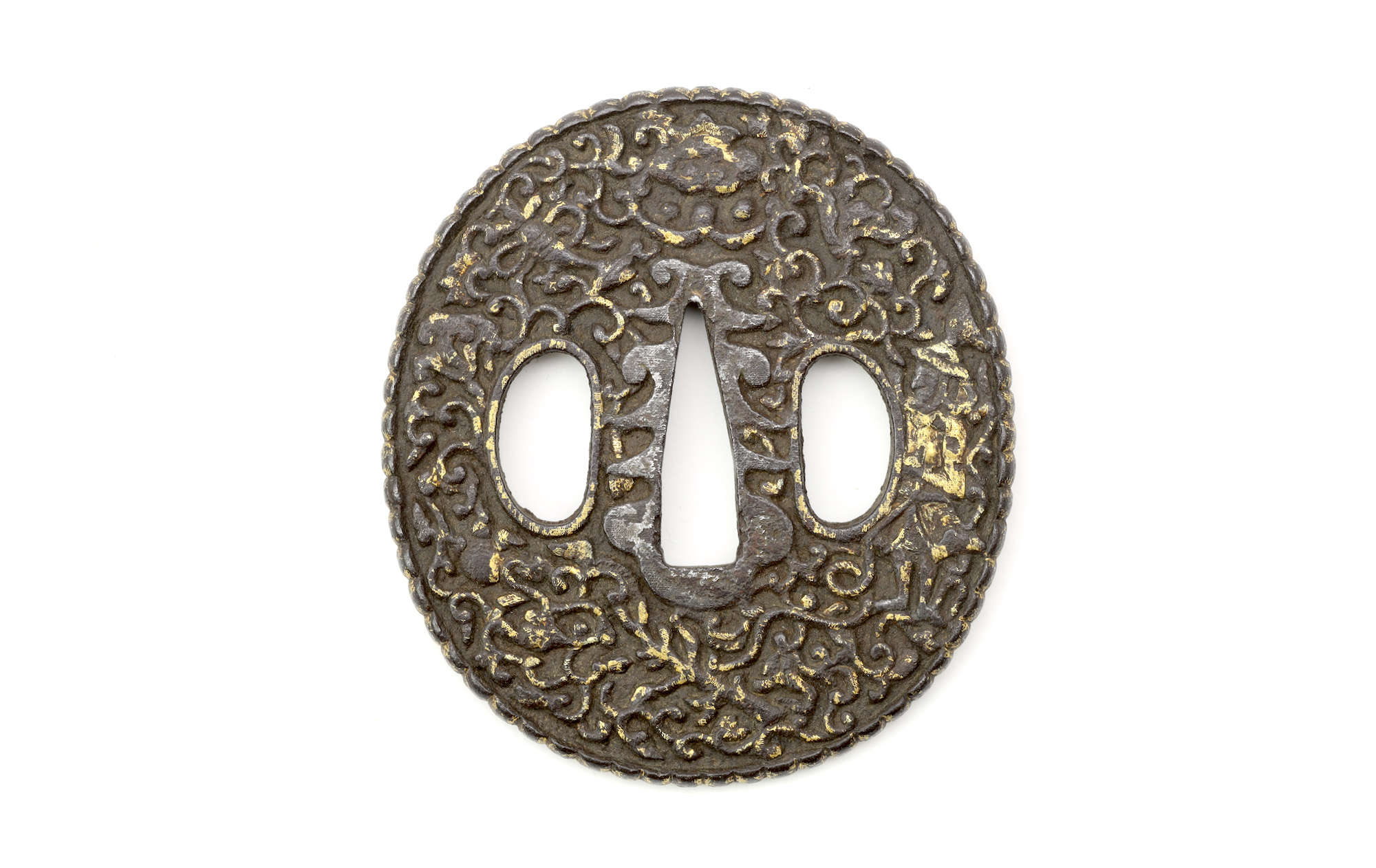 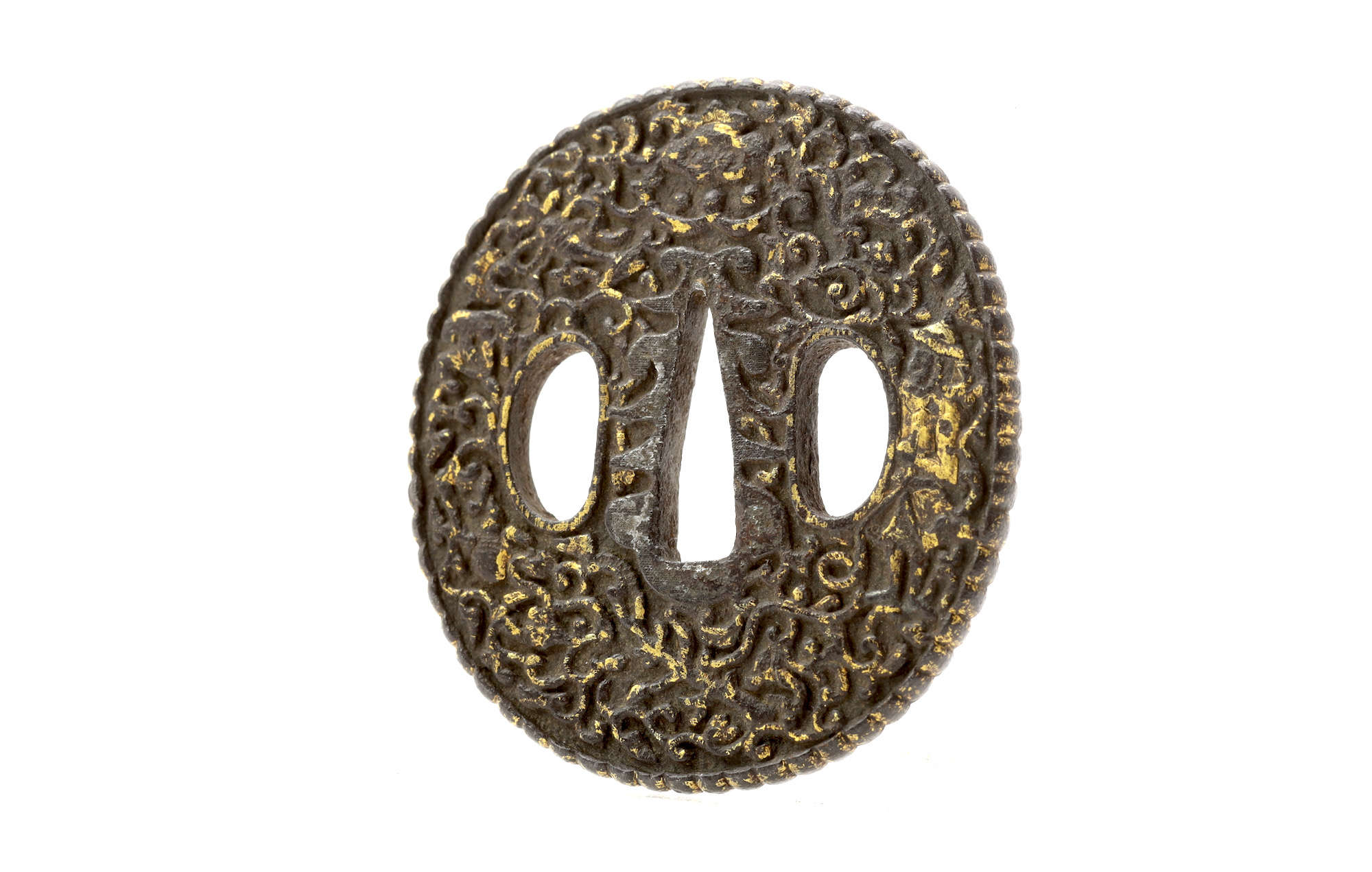 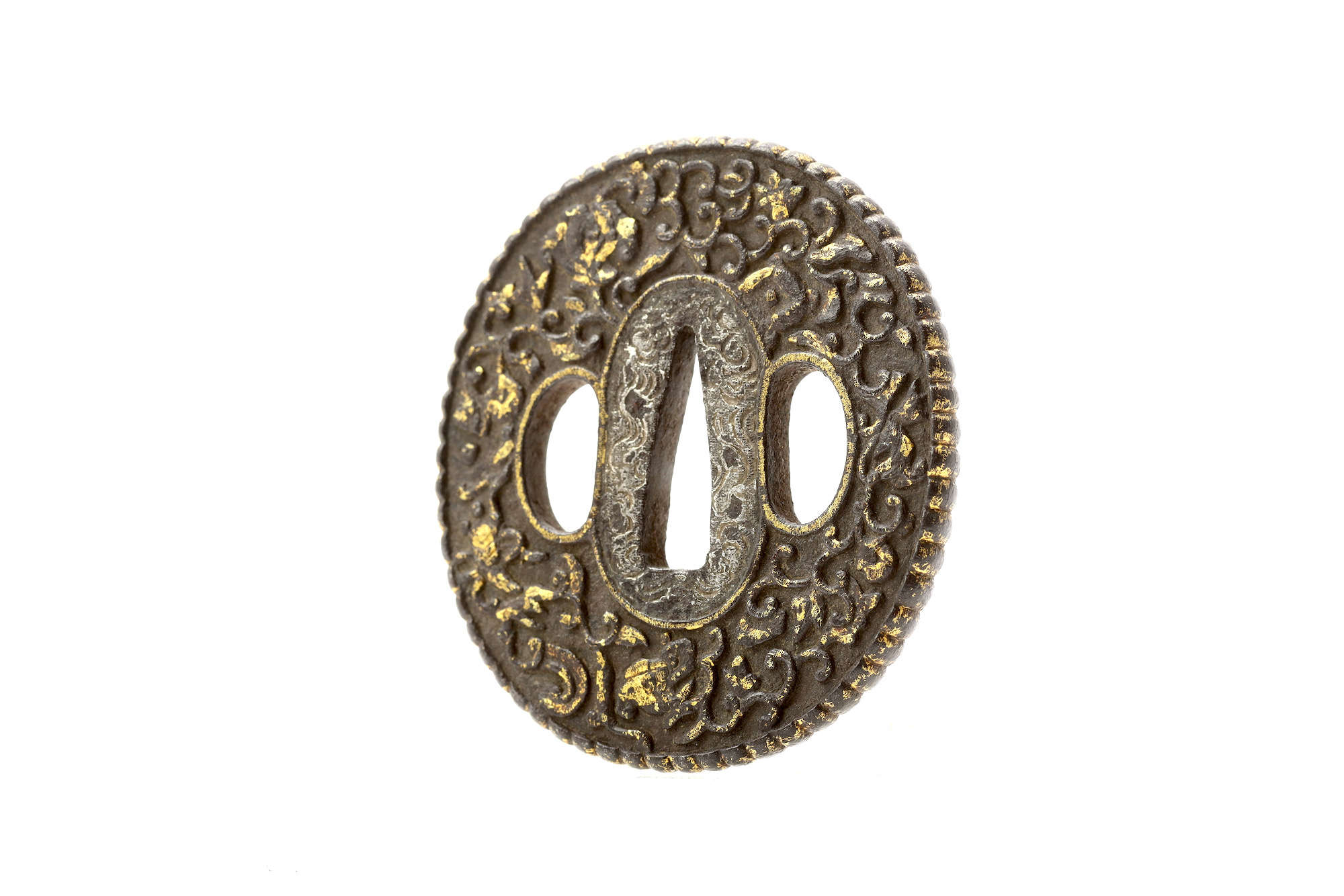