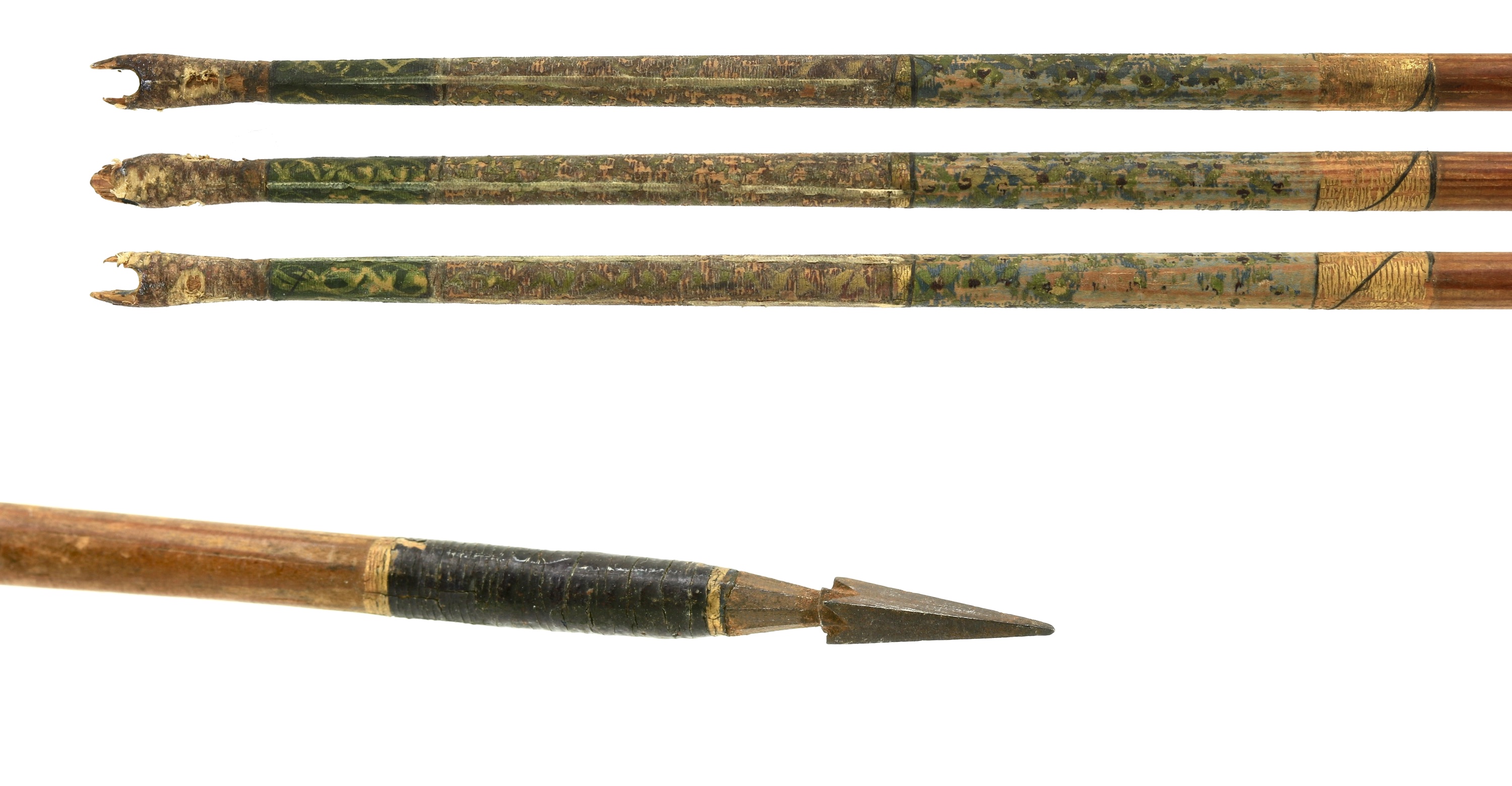 The Ottomans were long known for their archery but were also very keen to adapt firearms as early as the 15th century. Mehmed II famously used massive cannons to batter down the walls of Constantinople in 1453 and equipped some his his Janissaries with early muskets. Archery prevailed among Sipahi cavalrymen in Istanbul until at least the 16th century, but the role of archery in the field gradually waned. By the 17th century, the Ottomans made considerable advancements in firearms, producing fine twist-forged barrels that were prized across Europe.

Archery saw a brief revival in the 19th century under Sultan Mahmud II who ruled from 1808 to 1839, but mostly in the form of sports such as flight archery.

Because of this, Ottoman military arrows are extremely rare. But I've found one!

Its arrowhead is a small barbed bodkin of square crosssection. The tanged head is inserted in a pine shaft, the front wrapped with sinew and covered with black material, possibly a fine bark. Behind the bark is a golden painted line. At the tail end are black silk wrappings and remains painted designs in gold, green, and reddish. There are remains of three fletchings, one feather projecting upwards in line with the nock, the other two at 130 degrees from it. At the back is a bulbous nock, wrapped with sinew which was then painted over.

Due to a strongly barreled shaft, the arrow is quite light yet very stiff and seems made for the high-velocity shooting that the Ottomans were known for.

The arrow came from an American collection that also contained a very early Ottoman bow and siper, that bow being nearly identical to the work of a bowyer called Pijale. A dated by bow his hand, made in the Hijri year 995 (1586-1587) is in the Staatliche Kunstsammlungen Dresden. The painting on the shaft is in the same color scheme as the arrows that came with this set, and the nature of the decorations also follows an earlier Ottoman aesthetic, say late 16th to early 17th century. Therefore I am tempted to attribute the arrow to roughly that period as well.

An incredibly rare Ottoman war arrow with pine shaft and small barbed bodkin. It is probably quite early as well, possibly as early as the late 16th to early 17th century.

An old warhorse with several repairs.