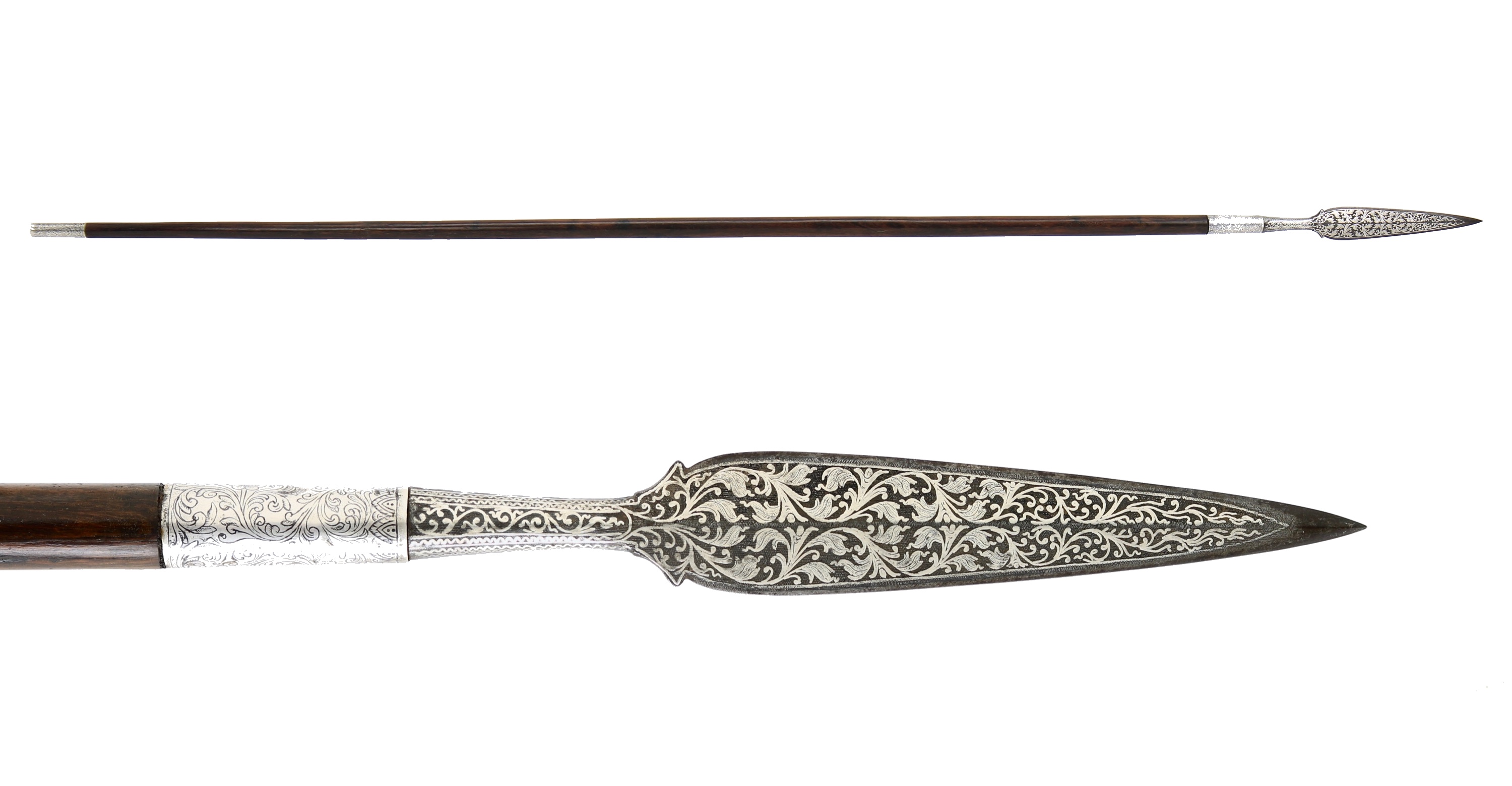 The spear is called hlan (လှံ) in the Burmese language. They were in widespread use in Burma in the 19th century, used as fighting spears but also thrown like javelins. Lavish silver overlaid ones were carried by officers or their retinue as an emblem of their rank. Extant examples are extremely rare. Where many a Burmese sword has come to Europe during colonial times, spears are far less portable and apparently not a very popular bring back.

In all my time looking at antique arms from all over Asia, I have only seen two good Burmese spears, and this is one of them. The other, offered for sale in the UK, had a later Indian butt-piece.

A fine Burmese spear. Its head made of blackened steel, precisely forged in a leaf shape with a faint center ridgeline that sharpens near the point. The back is rounded with two ornamental protrusions, and it sits on a thick waisted "neck" that leads to the tang that is set into the shaft with resin. The shaft is of dark brown and dense hardwood with black grain polished to a high gloss. Both ends are reinforced with silver bands decorated with floral motifs in niello.

The dense wooden shaft gives it a pleasant weight while smart tapering makes for an excellent balance.

Mindan Village in Yamethin district was the only place mentioned in colonial writings where this type of overlay was done:

"Of the 26,221 workers and dependents shown in the census returns under the head of workers in iron and hardware, few can have been capable of executing anything more than the coarsest blacksmith's work. An exception must, however, be made in favour of the forgers of the inlaid knife-blades produced in Yamethin District, some of whose work is really meritorious." 1

The village was subject of a monograph by Bell, who visited in 1907. The father than son that at that time were still doing this kind of work were interviewed, and it was said that the origins of the work were unknown but it went back about 5 generations. Assuming some 30 years for each generation, this puts the origin of the work in about the middle of the 18th century. 2

The spear is thus most likely made in Mindan village. What we know of Saya Pyo's work who was active in the early 20th century is that he incorporated a lot of human and animal figures into the design, and there are none on this object. This leads me to believe it is someone earlier, probably mid to late 19th century. 3

In excellent condition overall. Signs of age but no significant damage. Spearhead in near-perfect condition.

A wonderful example of a very rare type of Burmese weapon. Mentions of spears are ubiquitous in colonial writings yet extant examples are nowhere to be found. The quality of the overlay is as good as on the better silver overlaid da swords and the whole is in an excellent state of preservation. 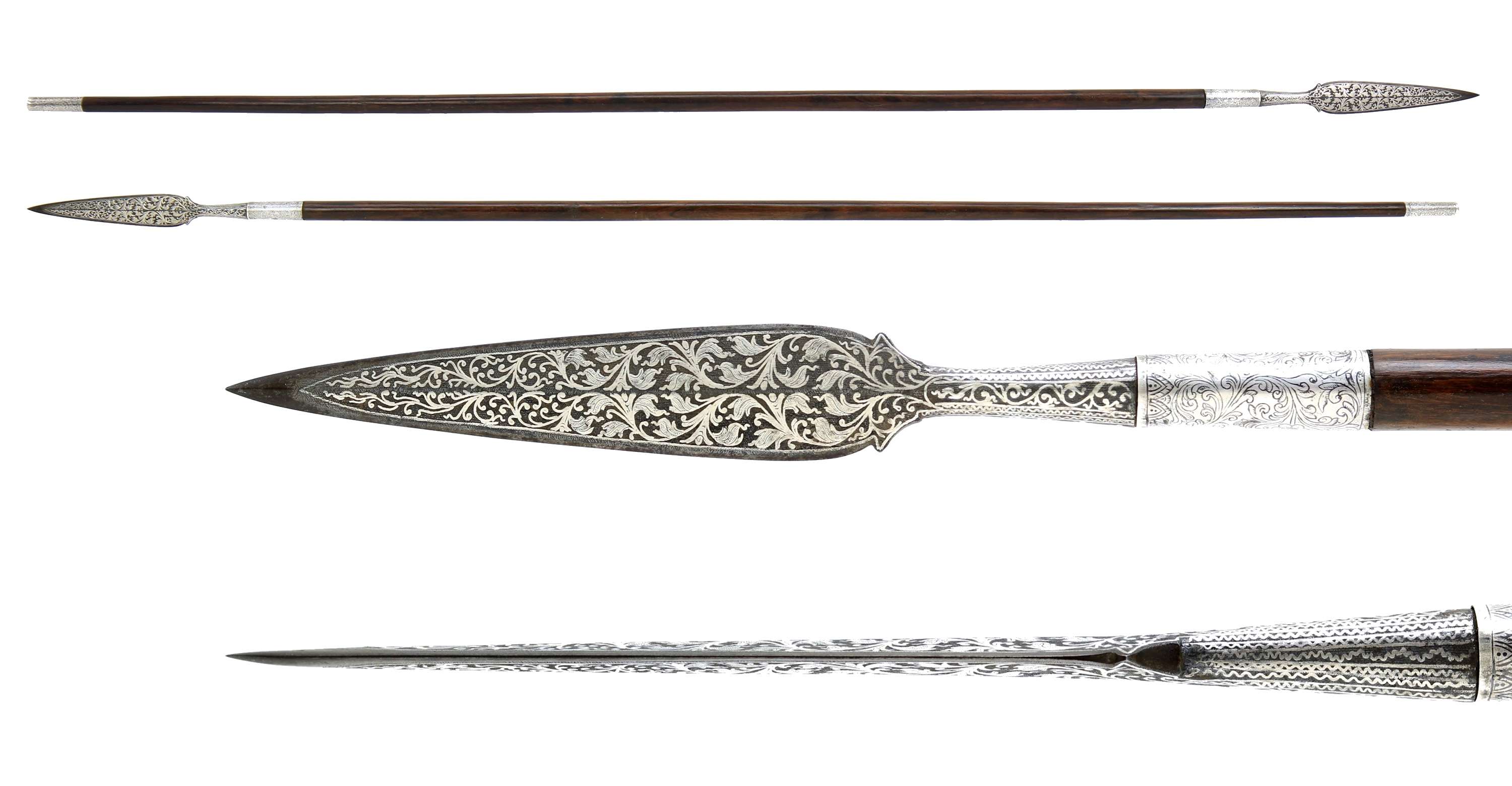 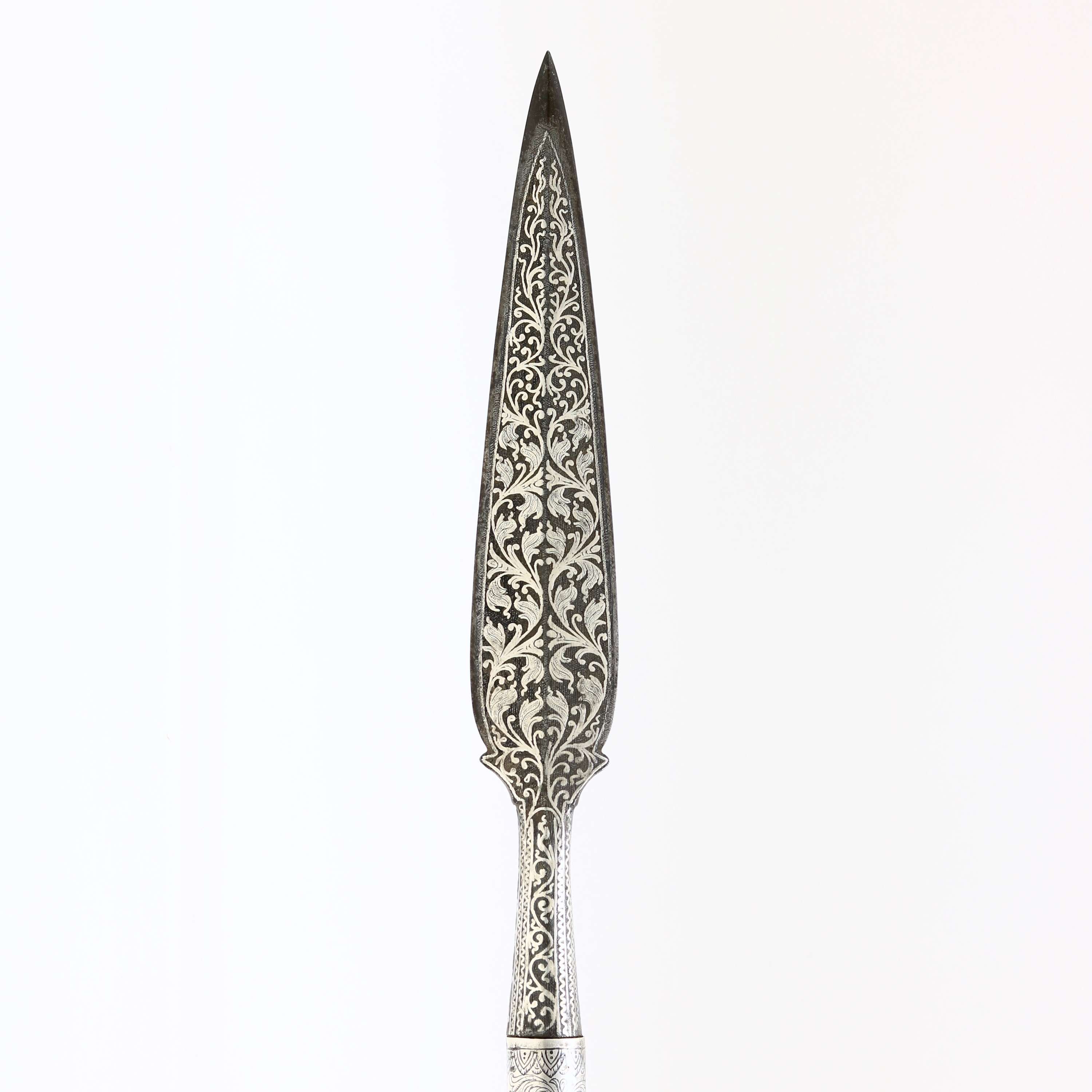