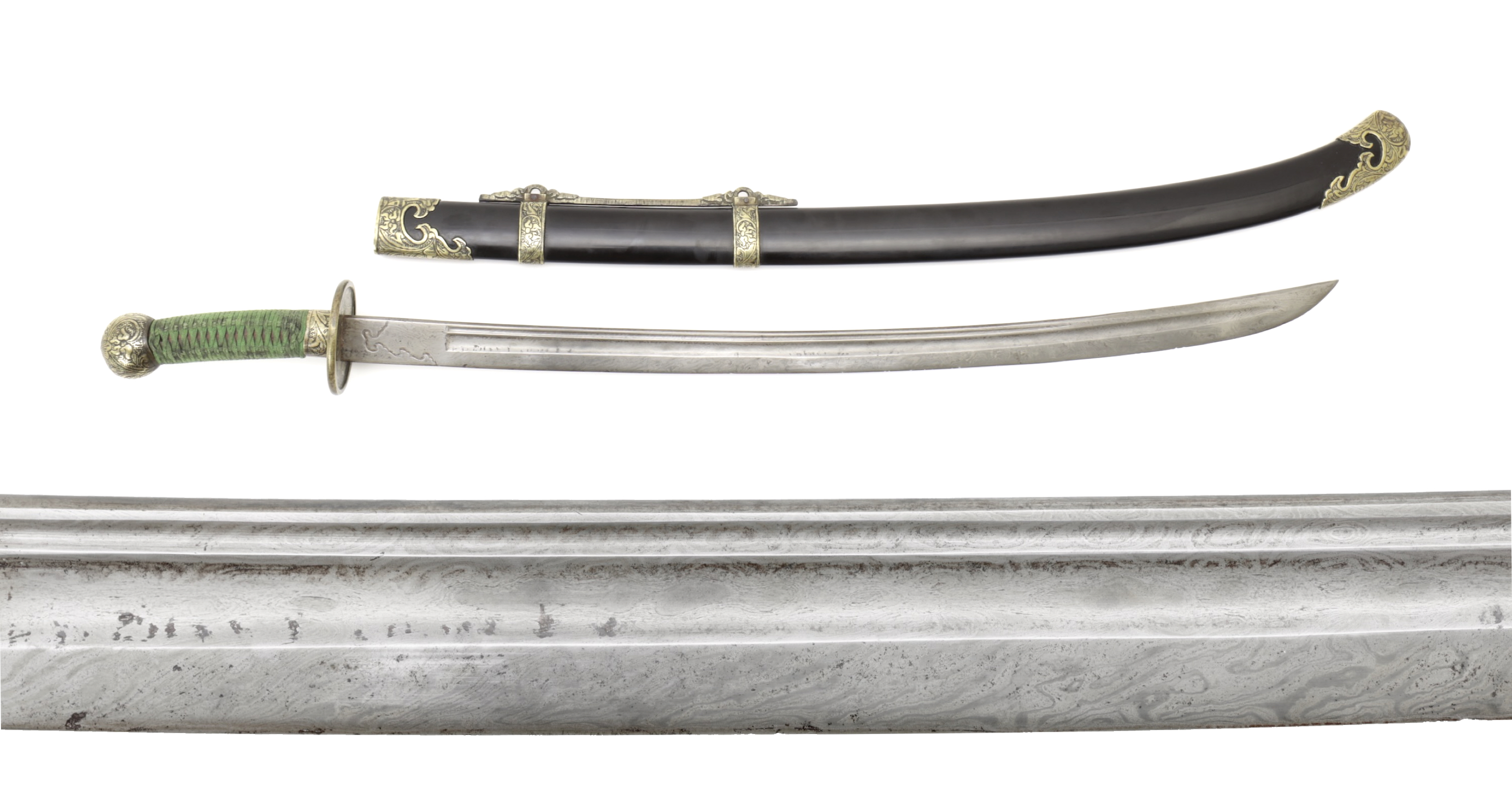 Young recruits of the Qing Eight Banners forces often either inherited equipment  from their older relatives or purchased them from retiring senior Bannermen. Sometimes, this included old swords.

Sometimes such swords got remounted, this could just be simply to keep up with the latest fashions, but it could also occur that a high-ranked senior bannerman's saber got into the hands of a lowly soldier who was not allowed to have anything but simple brass mounts on his weapon.

In this case, we have a pretty standard pattern Qing military saber of the third quarter of the 19th century with a somewhat older, and very fine twist-core blade that probably dates from the late 18th to early 19th century. The blade undoubtedly started life in iron mounts with gold or silver overlay appropriate for officers and commanders but got carried and used by a soldier later on.

The blade is of liǔyèdāo (柳葉刀) or "willow leaf saber" form, with a moderate curve that sightly accelerates in the last 1/3rd of the blade. It is of fairly even width from base to tip. It has a peaked spine with fairly steep slopes. At the base of the blade is a chiseled tūnkǒu (刀吞口) literally "swallowing mouth", a rarer feature that is primarily associated with earlier blades and was rarely seen in the 19th century.

The blade has a large main fuller that is followed by a narrower fuller on top. The main fuller fades into the tip, the top fuller ends at the last 5th of the blade to make way for a sharp backedge. The blade is shaped with great precision.

Blade is surprisingly stiff for its thickness and rings with a high-pitched ring when struck. It is forged of twist-core steel, where layered rods of different kinds of steel are twisted and then ground down to expose their cores. On this blade, two fairly wide cores on each side offer strength to a regularly laminated center plate that is exposed at the edge.

The grooves cut through the twisted plates expose the underlying edge plate, revealing a burling wood grain pattern in some areas. There is something different to see on each section of the blade. The whole is very well forged, with barely any flaws in the binding between the many layers.

As an added advantage, the twisted rods are stronger than a normal layered structure because all the layers now interlock in a complex manner. Chinese twist-core blades are very rare and highly sought-after.

Blade style and quality are indicative of the late 18th century, to perhaps the early decades of the 19th. It carries several nicks and cuts from other blades,  at both edge and near the spine, indicating active service.

The saber comes with its original mounts, all made of brass, decorated with punch work and engraved with traditional Chinese lilies, bǎihé (百合) which symbolizes purity. The guard is quite substantial and has a thick rim for added strength.

This is a standard pattern Qing military ensemble, dating from around the third quarter of the 19th century.

This saber came to me in a bad state. Blade was polished to once again reveal its fine forging patterns. Inevitably, some patches of pitting that were too deep had to stay, and we chose not to polish out all the edge nicks so as to retain its original contours.

The wood of the hilt was all but gone, so I had that replaced. I did the grip wrap myself with my finest, hand-woven, genuine silk cord and gave it an artificial aging treatment so as to blend in naturally with the old parts.

The original scabbard had a bad surface finish with several modern hobby-grade restorations so I had it re-lacquered with traditional lacquer (urushi) in a very dark brown, near-to-black tint.

An excellent, earlier twist-core blade in humble later period military mounts. The blade was most likely an heirloom or a purchase from an older generation Bannerman. And while the new owner may not have had the rank to keep its lavish mounts, he was able to keep and use a blade worth bragging about.

Apart from some contact damage that shows it wasn't only a showpiece, the blade is in good condition for age, with many details to study in the steel. 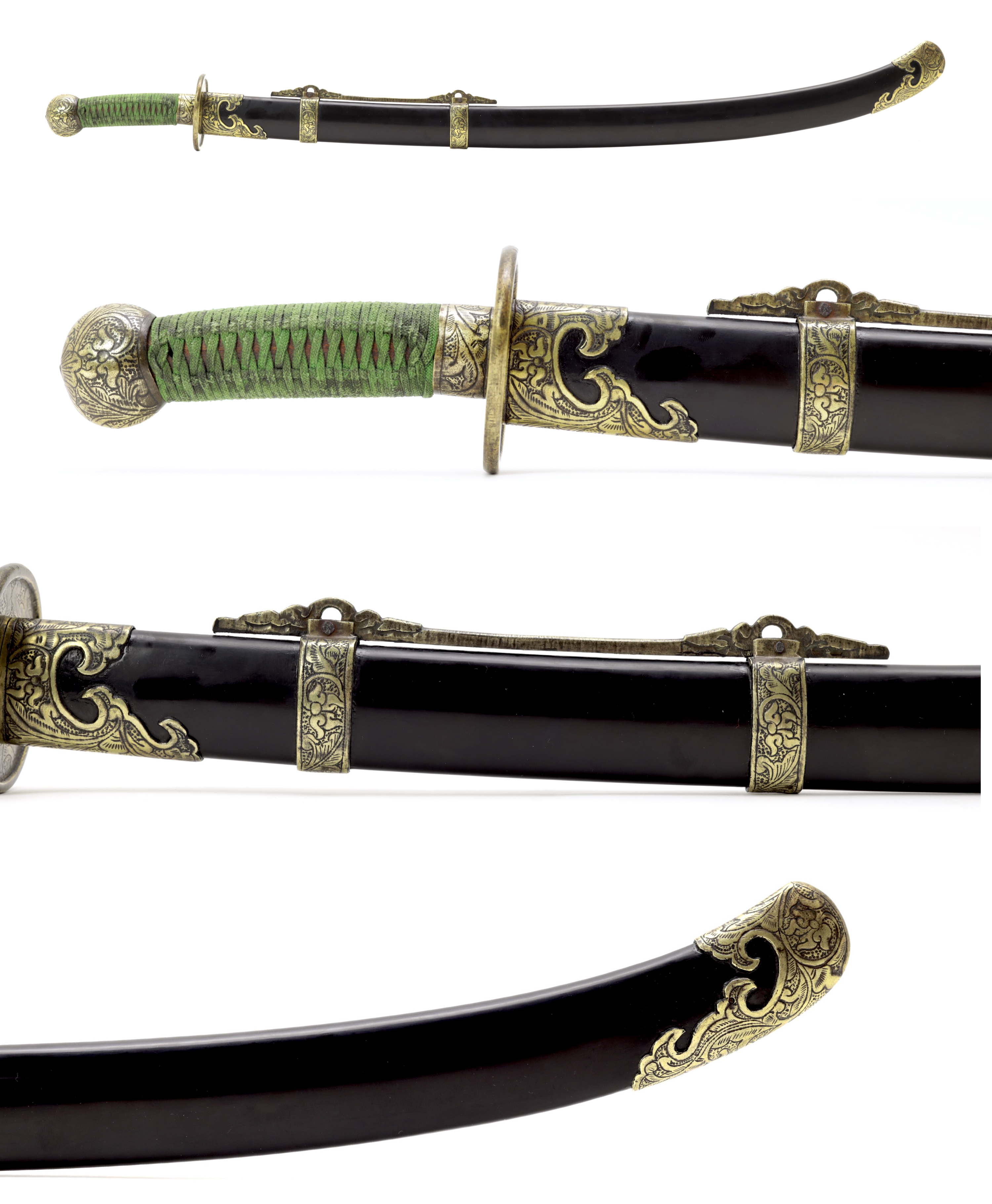 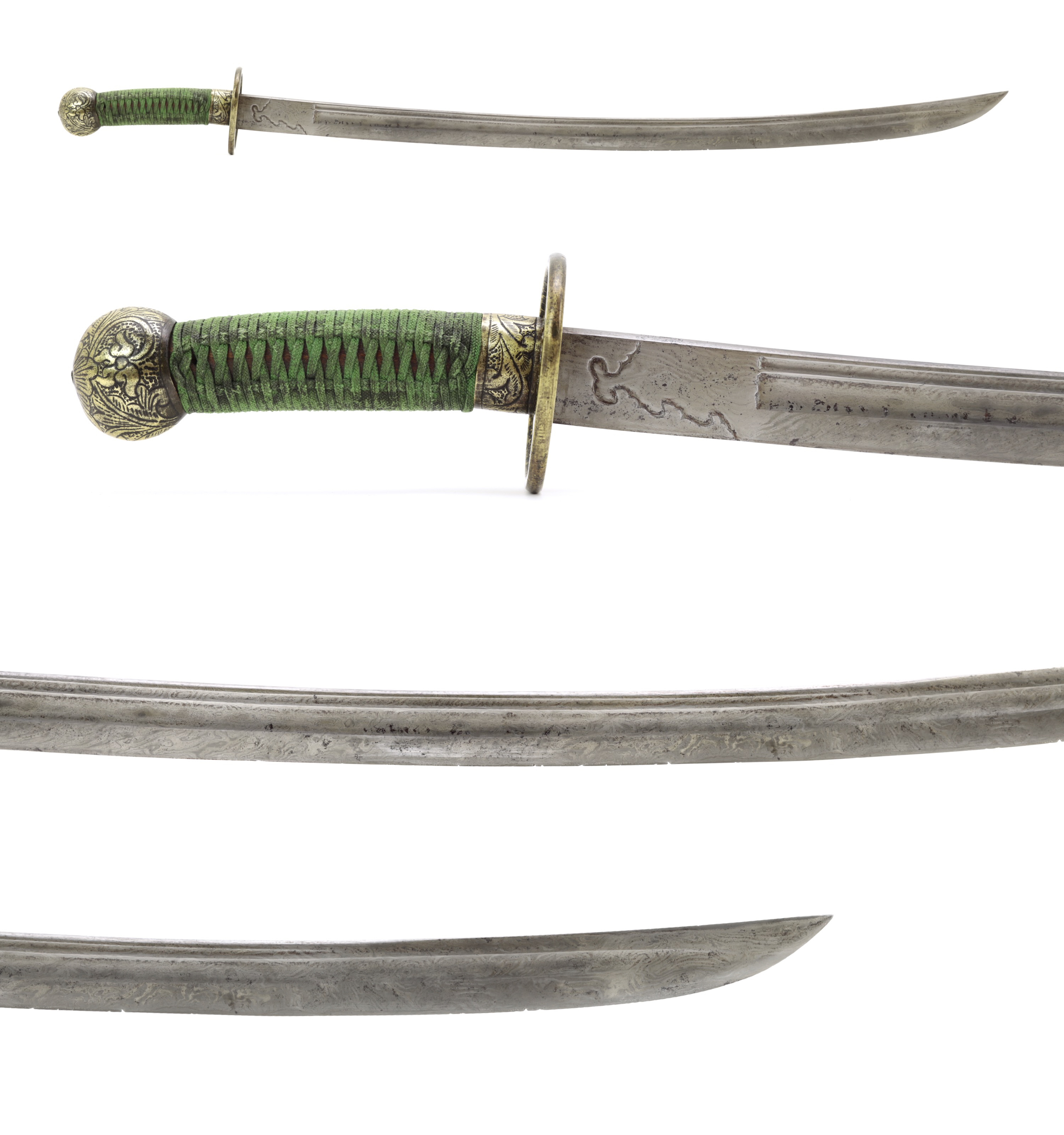 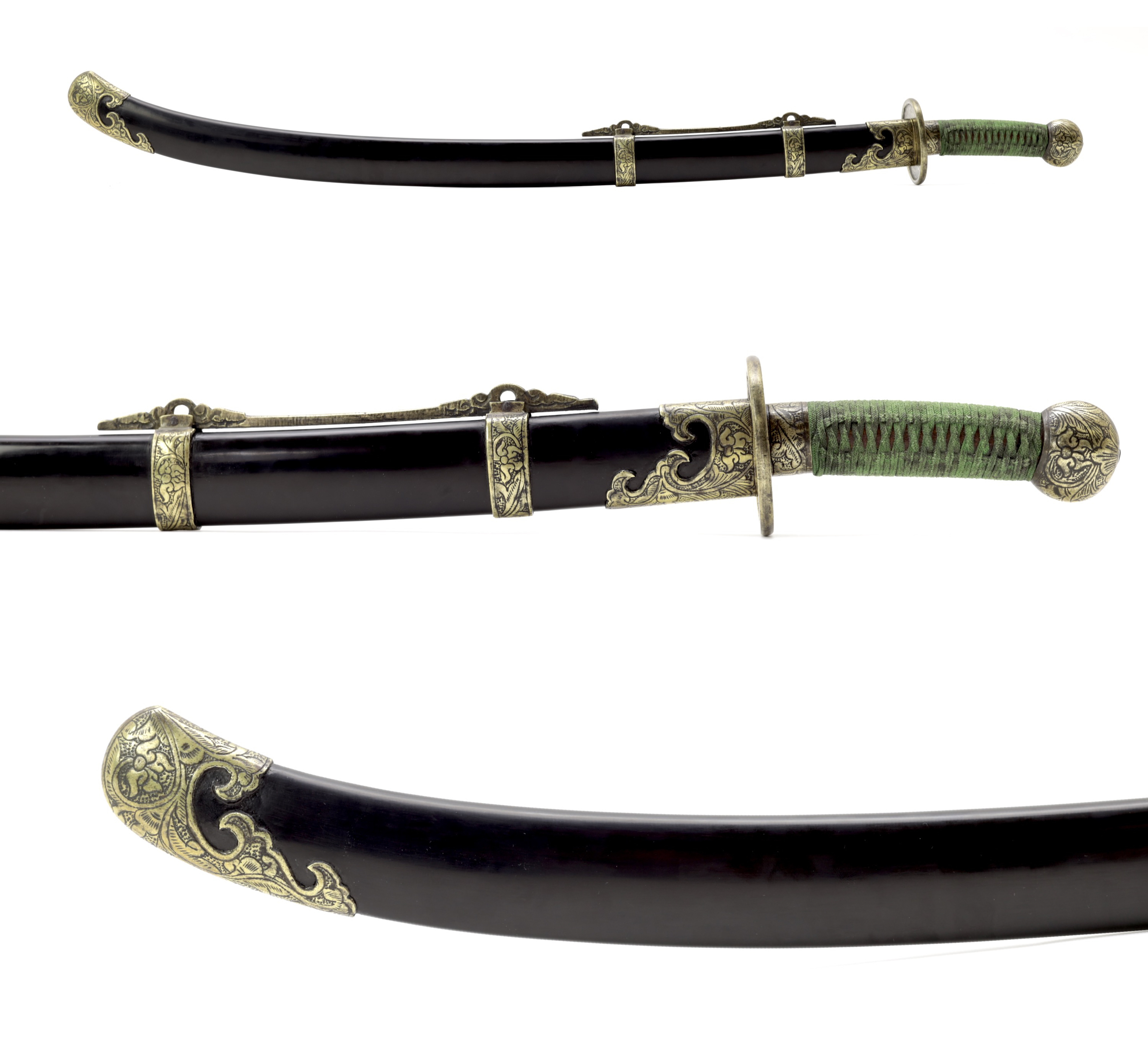 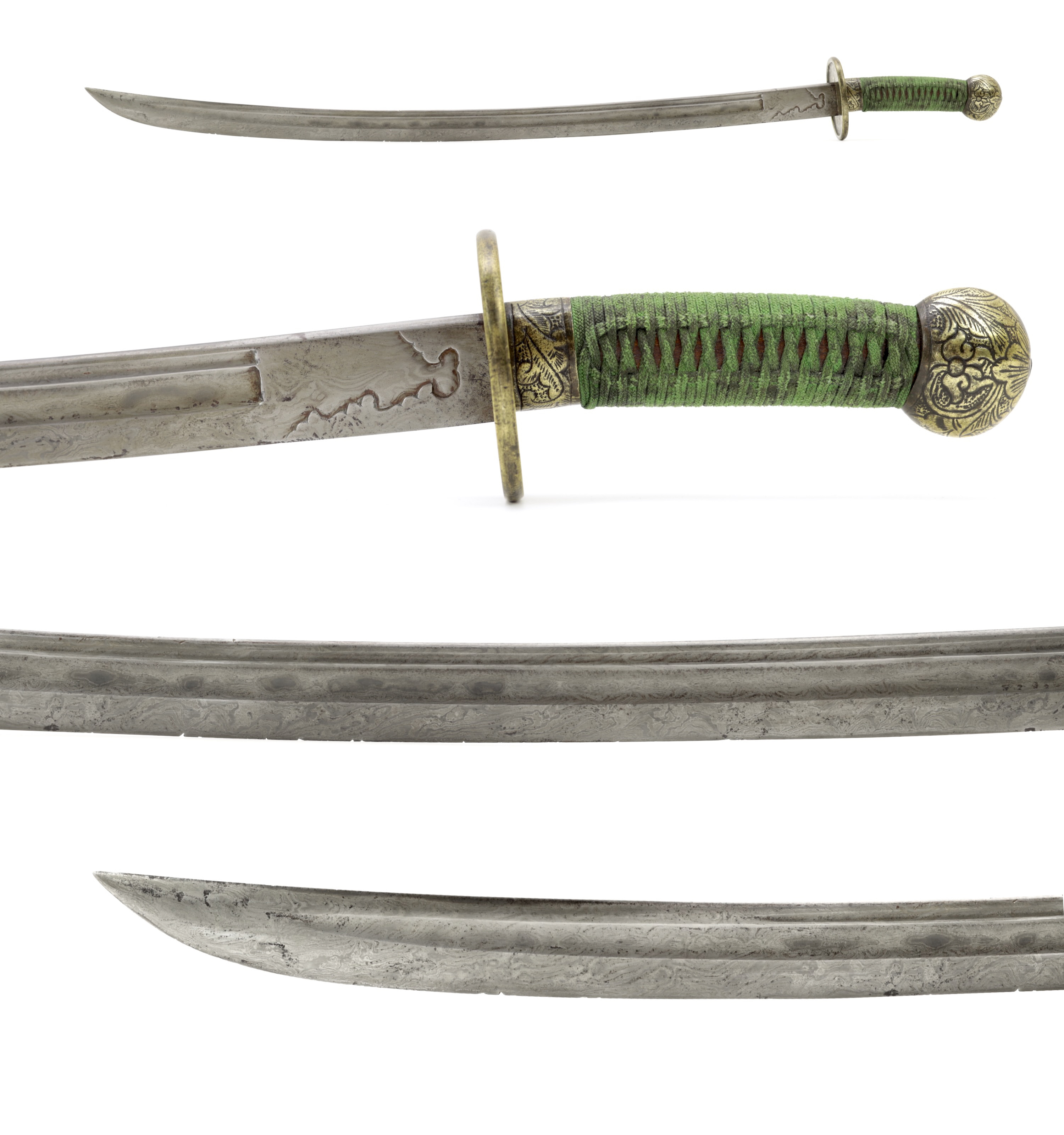 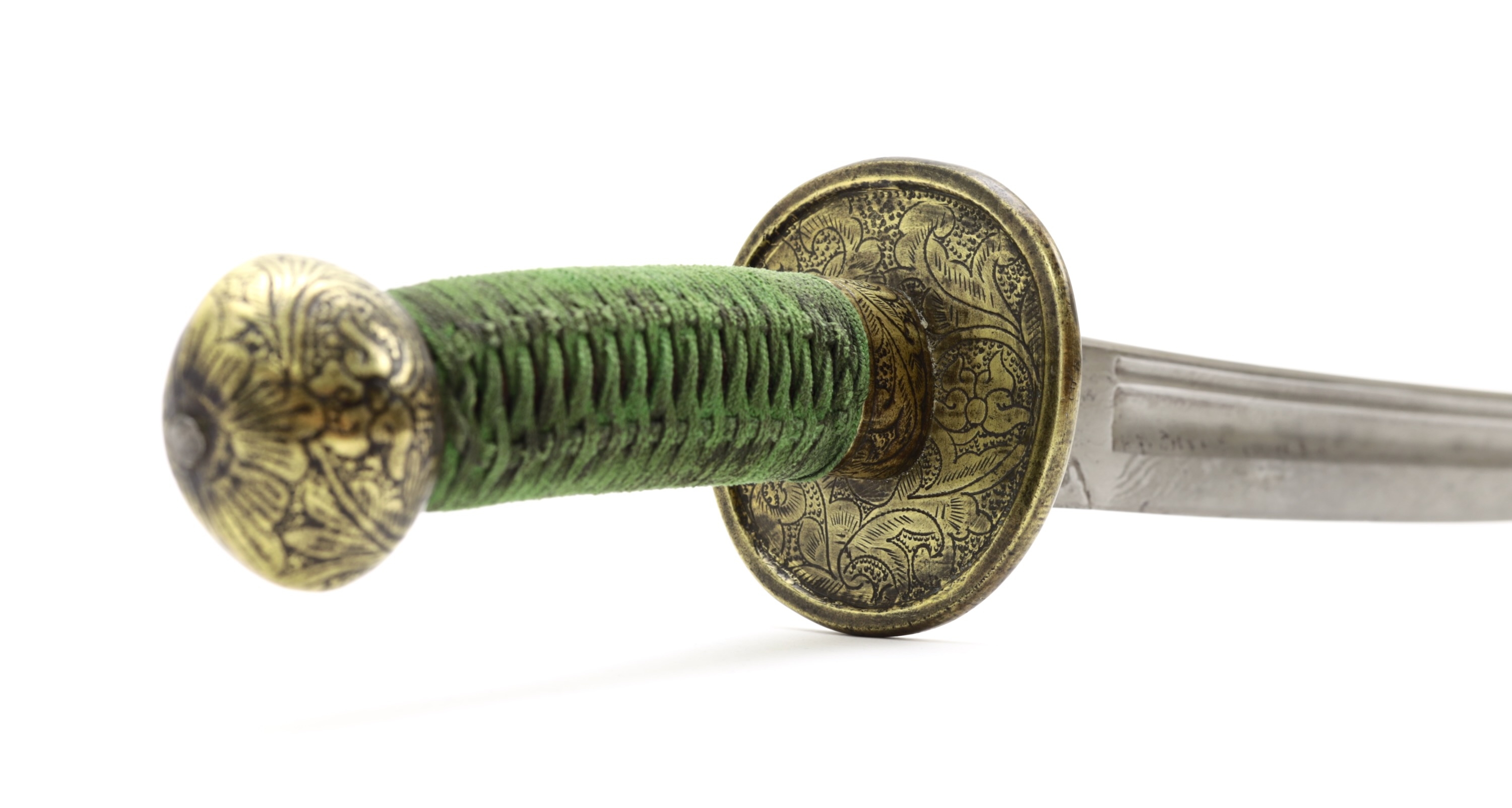 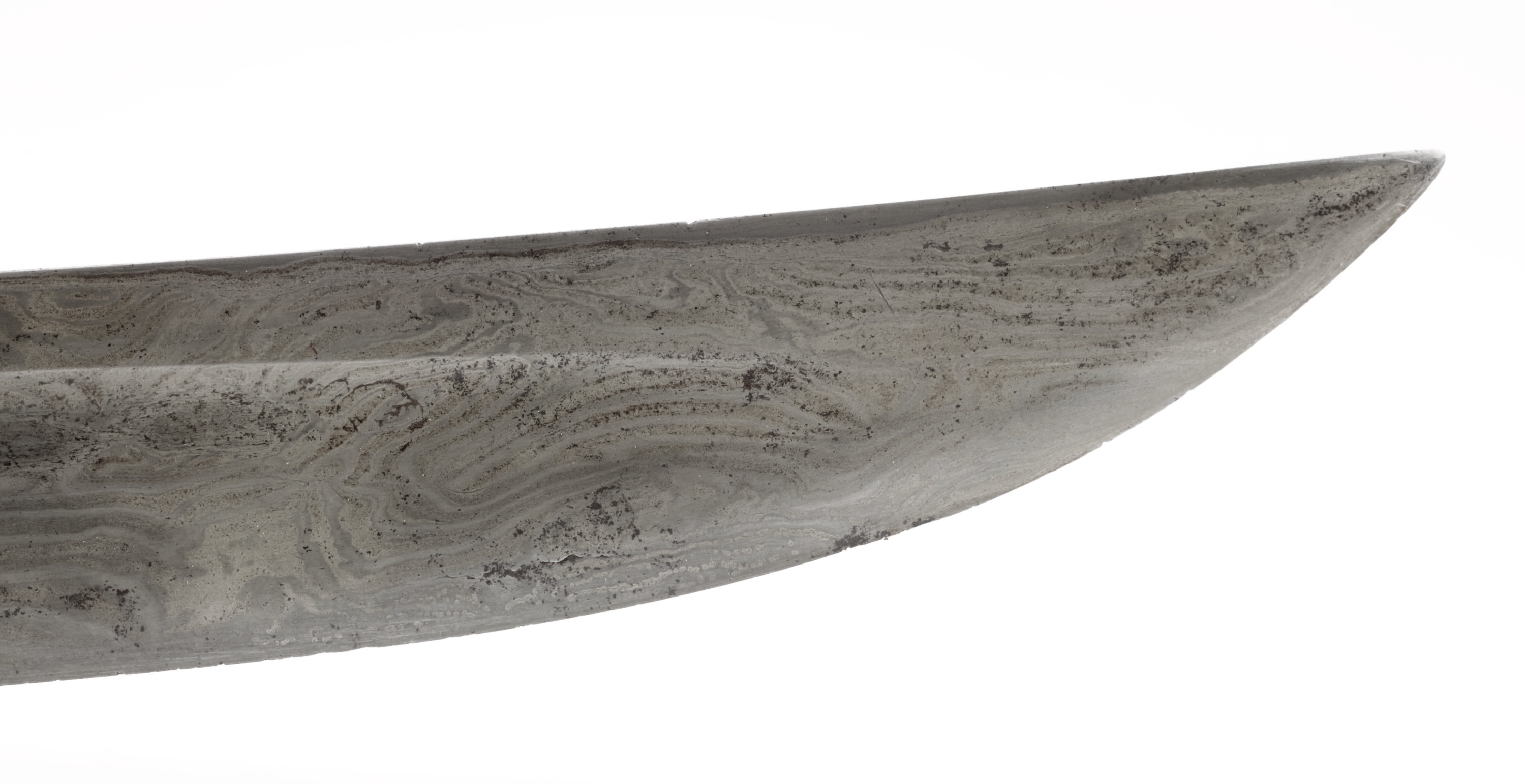 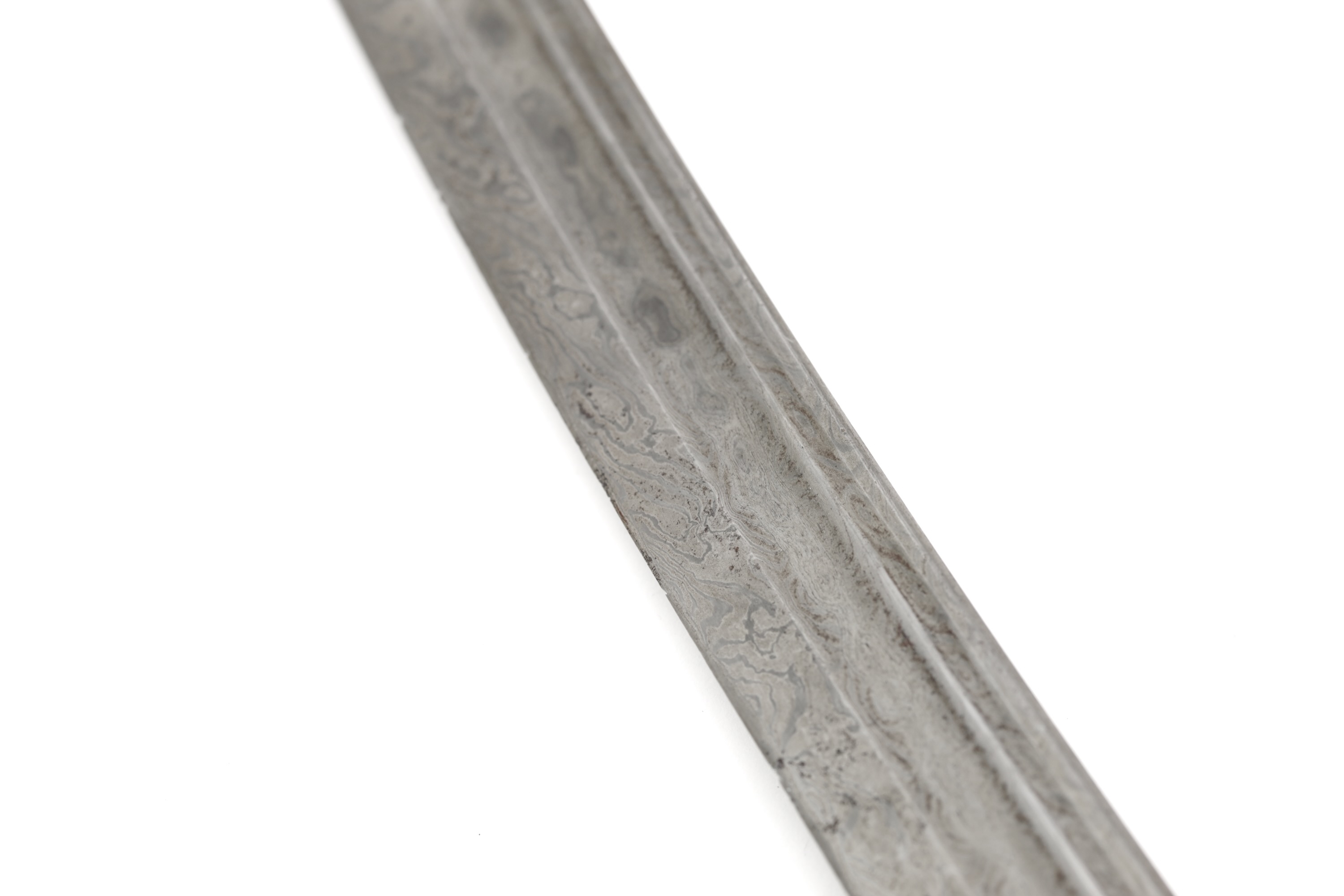