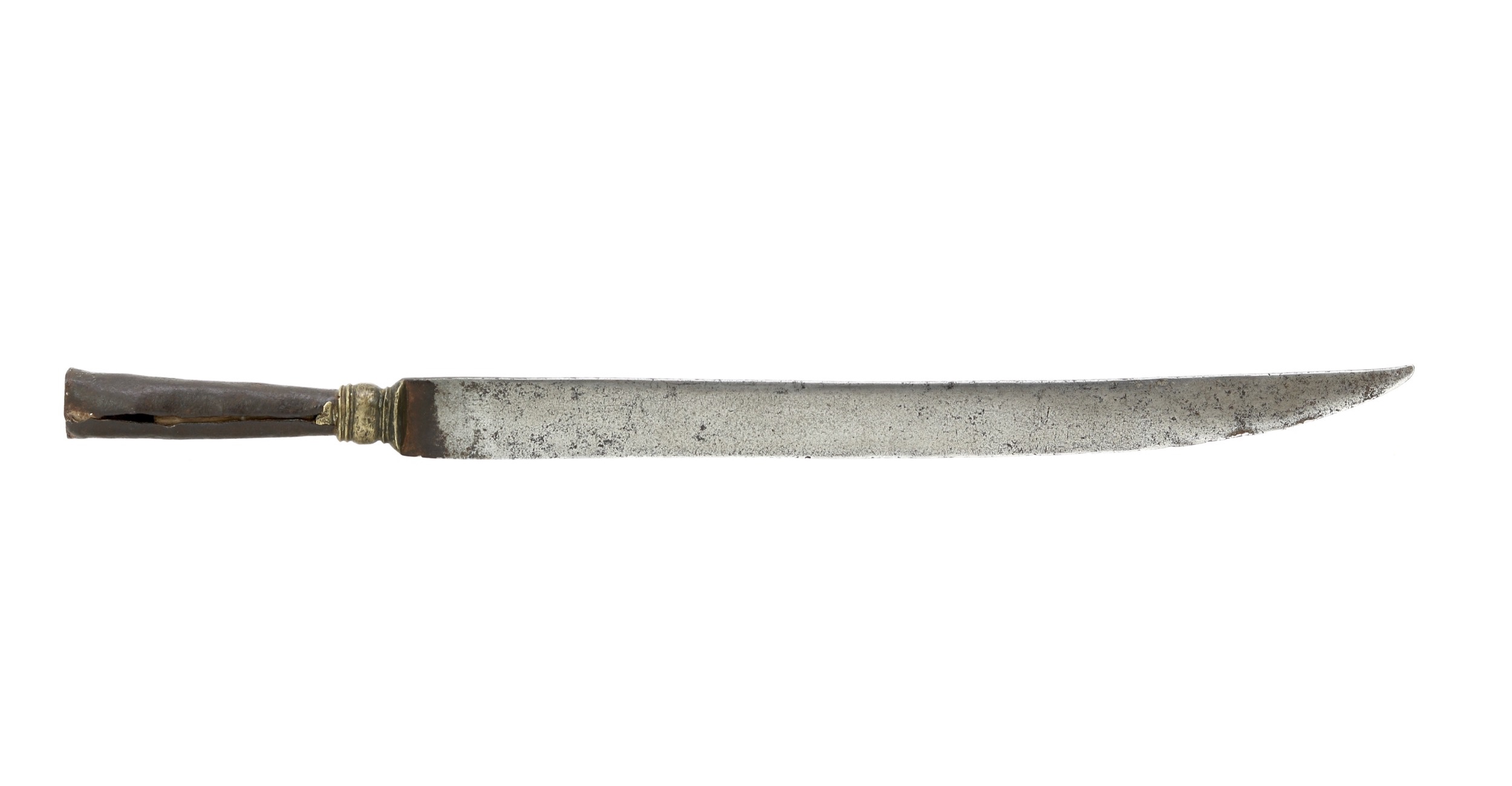 The Qing dynasty army had a large and varied arsenal of weapons. Only a few of them made it to today's Chinese martial arts, and most of the rest tend to be forgotten. One of these weapons is the piàndāo (片刀) or "slicing sword" that has a slender, curved blade somewhat akin to the Japanese naginata.

The name is not to be confused with the piàndāo, a deeply curved slicing saber of the Qing. That weapon is written with a different character for piàn that is written with a combination of 扁+刂. The character is not in use anymore and does not appear in any known dictionaries.

According to the 1766 woodblock edition of the Huangchao Liqi Tushi, a large example issued to the Green Standard Army had a blade of 2 chi long (approx 70 cm), 1.3 cun wide (approx 4.5 cm) which was mounted on a vermillion lacquered staff of 4 chi 7 cun (approx 16.45 cm) long.

Of a somewhat smaller size than that found in the 18th-century regulations. It has a heavy blade of moderate curvature that tapers to a sharp point. It is joined to a socket that still contains the tip of the original shaft. Between socket and blade is a cast brass bolster. The blade is forge folded with an inserted high carbon steel edge, the standard construction of Qing military weapons.

Going by shape, size and workmanship it was probably military, most likely for the Green Standard Army who served as auxiliary troops and local peacekeepers throughout the empire.

A rare survival of a Qing dynasty pole-arm that fell out of general use, probably along with the fall of the Qing, and is now largely forgotten as a style. 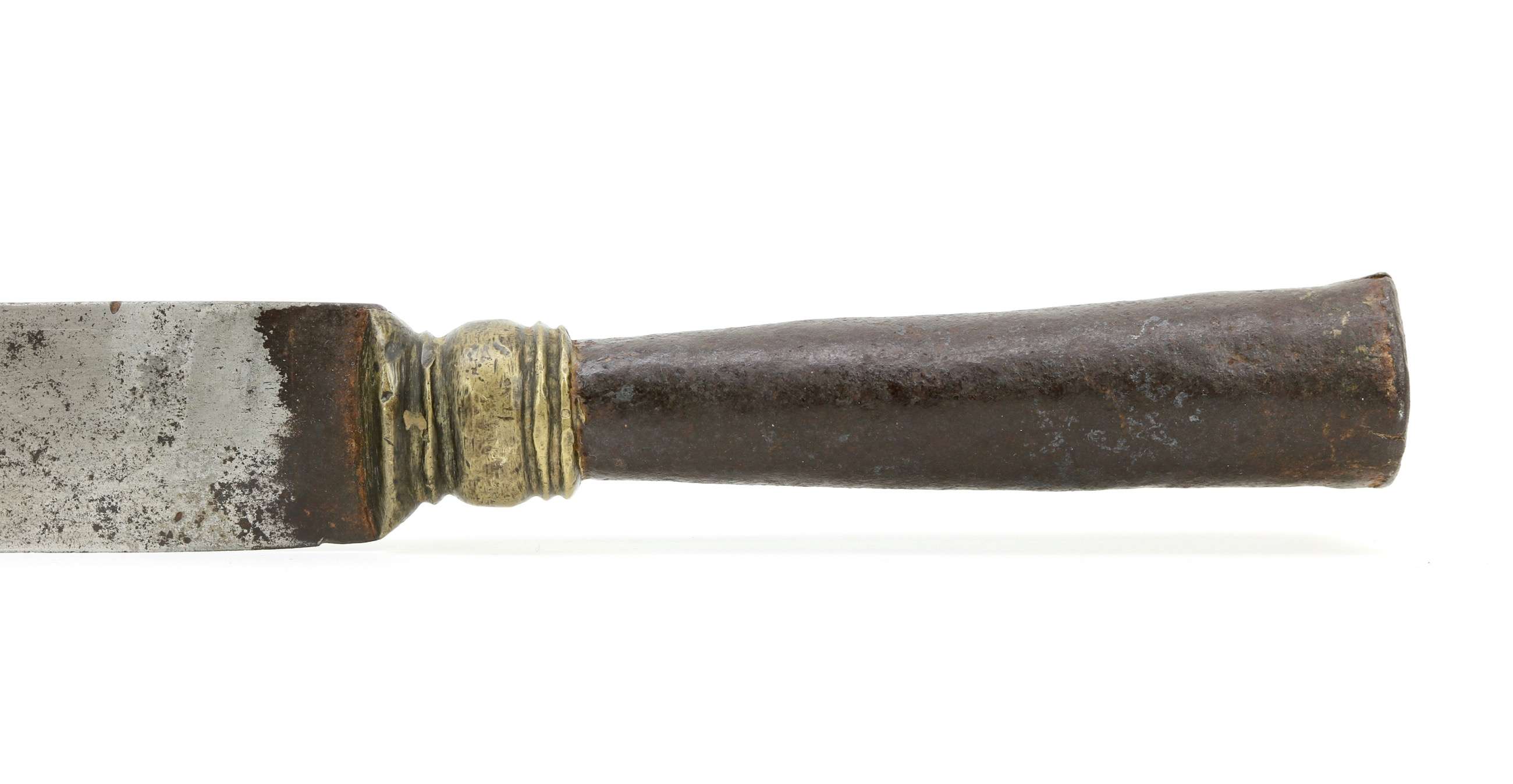