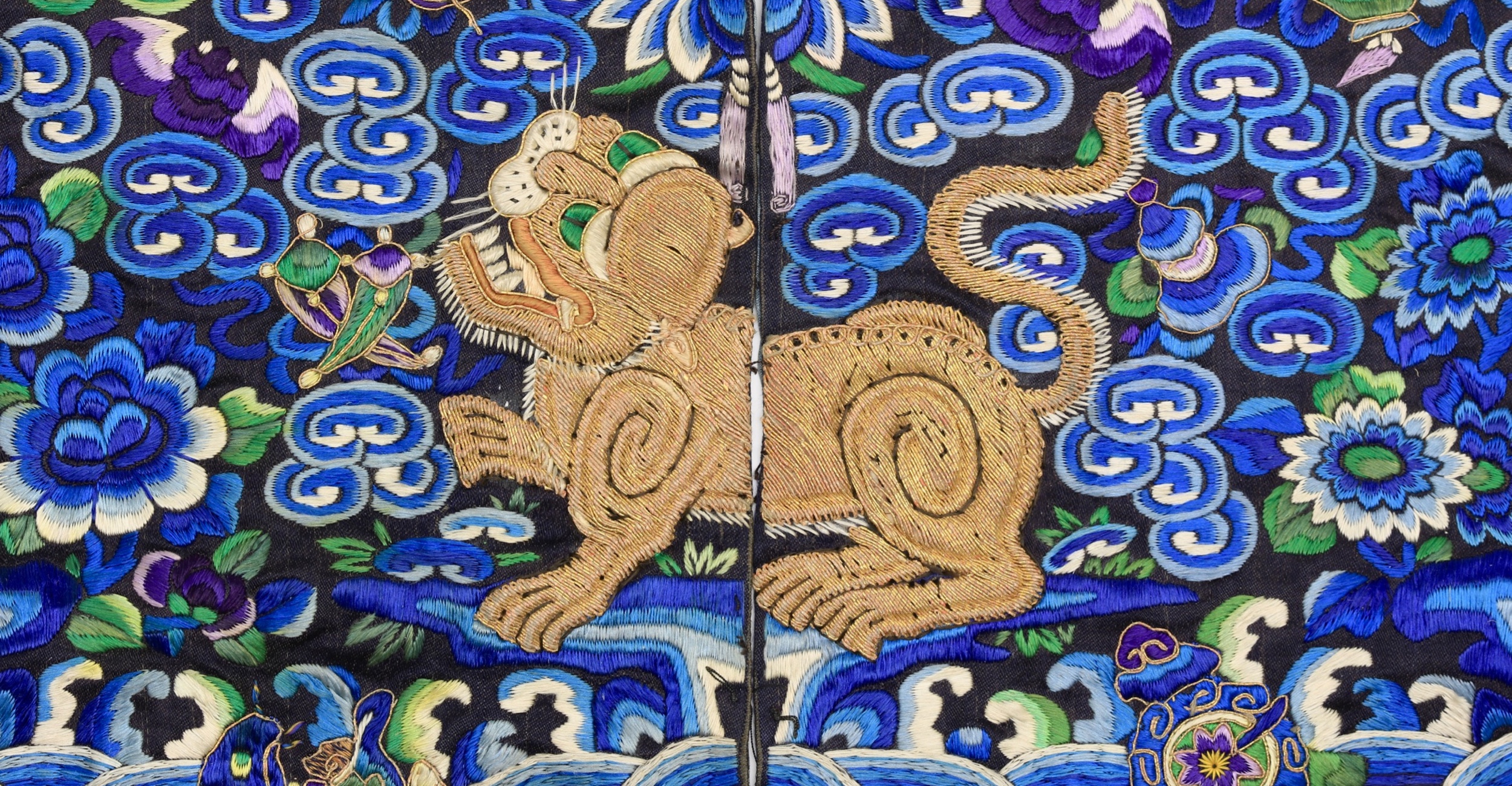 During the Ming and Qing dynasties, officials would wear a rank badge on their outer garments called bŭzi (補子). These were usually square, and they became known as "mandarin squares" among collectors in the English speaking world. A full one was worn on the back, and a split one on the front.

Each of the nine ranks was associated with a specific animal that was depicted on the badge, birds for the civilian ranks and beasts for the military ranks.

Many of these rank badges were sold to Westerners after the fall of the Qing dynasty in 1912 as former officials were eager to get rid of anything that linked them to the fallen regime. Many made it to European and American collections.

Today, these badges are still collected both for their artistic appeal and historical significance. Military badges are quite rare. This is probably because most military men did not frequent official assemblies quite as much as the civil officialdom would have, and so less of these military badges were produced. In the field or at the training grounds, military ranks were distinguished by the finials and plumes on their hats or helmets instead.

A nice example of a late 19th-century bŭzi depicting the biāo (彪). Often translated as "panther", a Qing five language dictionary gives the Manchu translation targan which is described as a small tiger, or tiger cat. As they are invariably depicted as golden cats without stripes or spots, it is almost certainly the Asian golden cat, (Latin name: Catopuma temminckii).1

The golden cat is beautifully embroidered with silk thread wrapped with strips of gold, white nose and eyebrows and striking deep green eyes. The animal is padded for a three-dimensional effect, making it stand out from the background.

It gazes upon the sun on the left-hand side, indicating it was worn by a male. His wife may have had a similar badge, with the sun on the opposite side.

David Hugus convincingly argues that the sun does not stand for the emperor, as commonly assumed, but instead represents a proverb "aim at the sun and rise high". The rationale was that if it indeed represented loyalty to the emperor, you would expect the sun to be present on all badges, but Hugus' point is well made by pointing out how the sun is lacking on the highest noble ranks because they could only rise by replacing the emperor himself, and therefore it would have been highly inappropriate.

The animal is standing on a rock emerging from a wavy sea, surrounded by stylized clouds. Several auspicious symbols are incorporated into the design, including five bats, flowers, a pair of rhinoceros horns, a gourd, a parasol, a carp, a conch shell, treasure vase and a wheel of dharma. The bats symbolize the five blessings of a long life, lots of offspring, fortune, health and a peaceful death. The rhinoceros horns symbolize both wealth and healing, the gourd with its many seeds represents lots of offspring. The parasol, carp, conch shell, vase and wheel are symbols of tantric Buddhism.

The animal's gaze seems to be divided between the sun and a fan. The fan symbolizes Zhongli Quan (鍾離權), the patron of military men and leader of the Daoist Eight Immortals. He was a mythical figure that was said to have been a general around the Han dynasty. According to legend, he was the swordsmanship teacher of Lü Dongbin, a Tang poet and scholar who was to become one of the Daoist immortals and patron of scholars.

The badge is bordered by a stylized rolling thunder pattern, something we would call "greek key" in the Western world. The outer border again features bats for luck, and various auspicious symbols, both Buddhist and otherwise.

The Asian golden cat symbolizes the 6th military rank. Someone of this rank could have a variety of positions in the military, all deemed more or less of equal importance. The rank was divided into A and B classes.

Some possible positions for the 6a rank were:

A possible position for the 6b rank was:

Some of the bats are done in a deep purple, which are indicative of the use of aniline dyes that became available in China only after around 1860. The color rapidly became very popular on rank badges and court robes. We can therefore safely state that the badge is not from before 1860. In 1898 reforms dictated a return to simplistic badges with only the animal, the sun, and a cloud background. So we can fairly safely say that this badge dates from around 1860-1898.

Obtained in China between 1908-1914 by Benjamin Victor Sunderland, who was there to witness the fall of the Qing dynasty. It was passed on through the family and offered to me in 2019.

A nice example of a very rare Qing military badge of the 6th rank, made in the last decades of the 19th century. The embroidery is of fine quality and in a rather good condition. 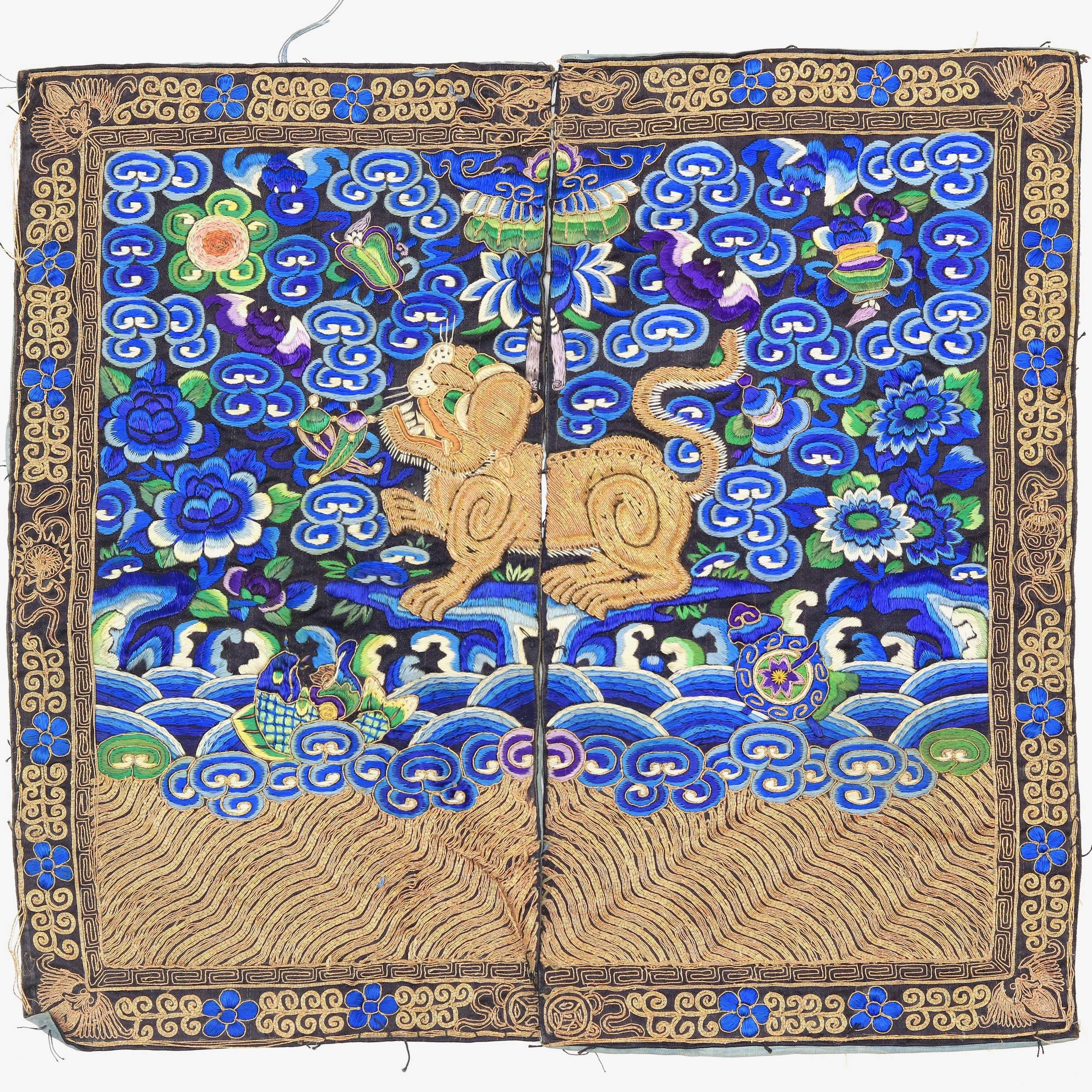 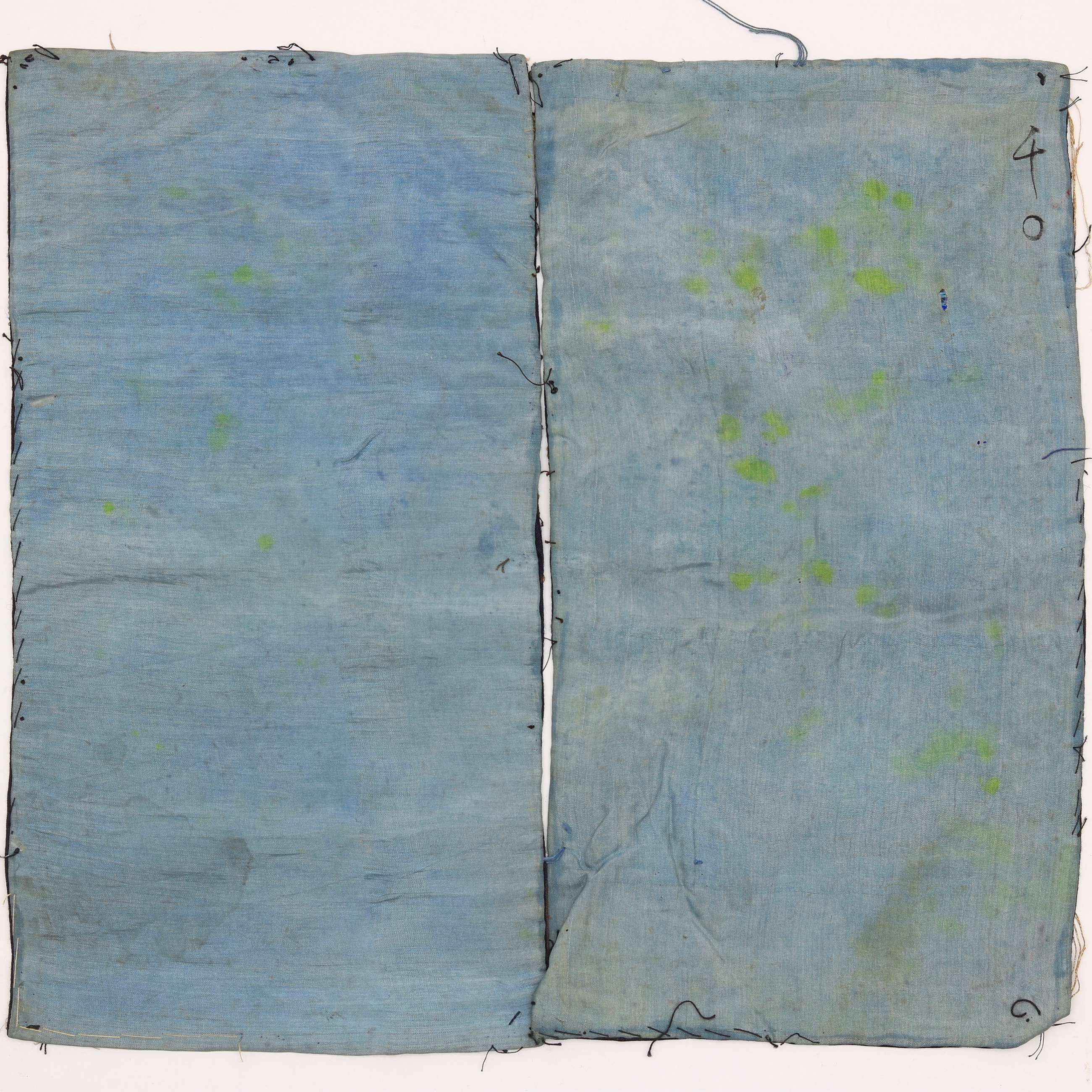 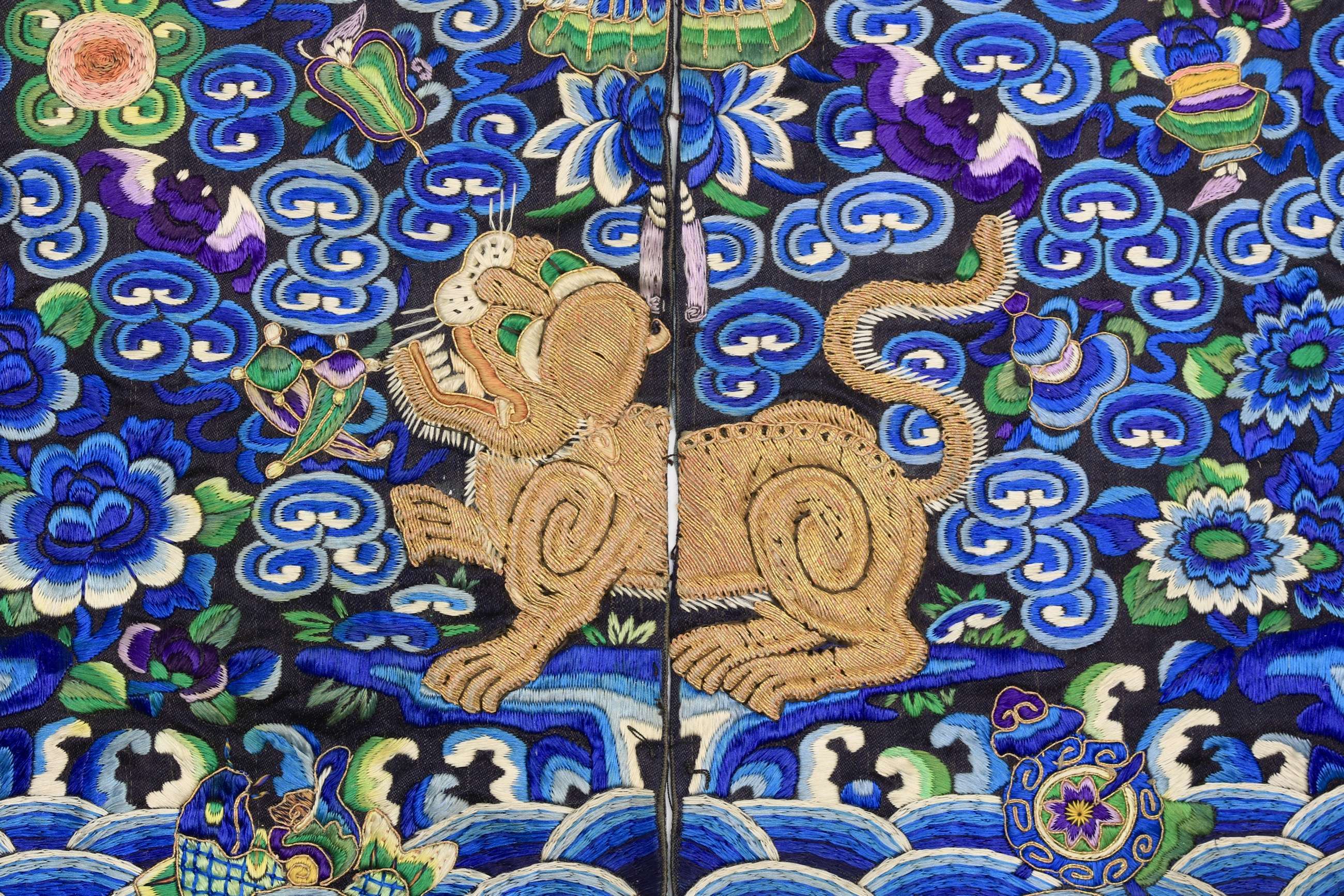 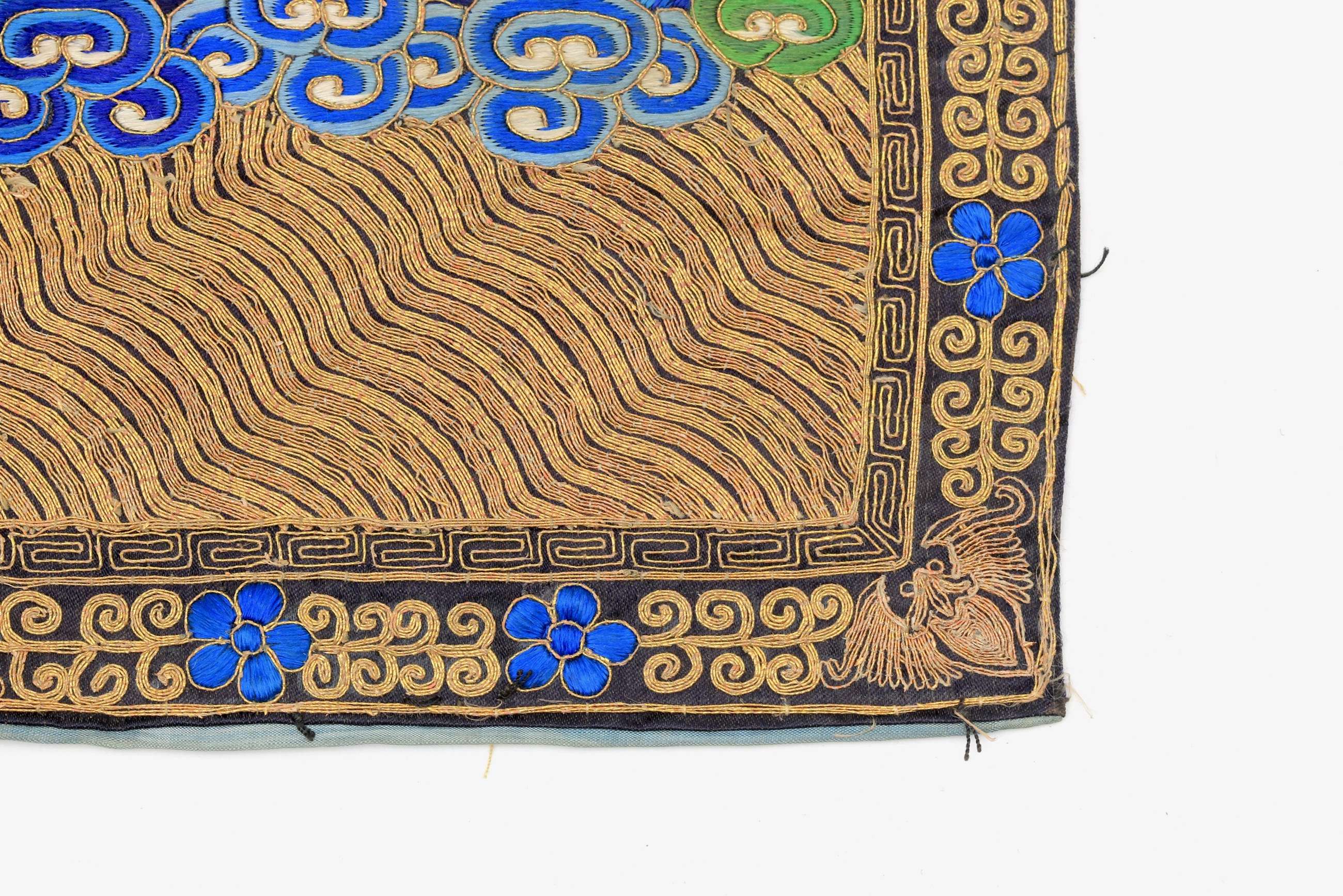 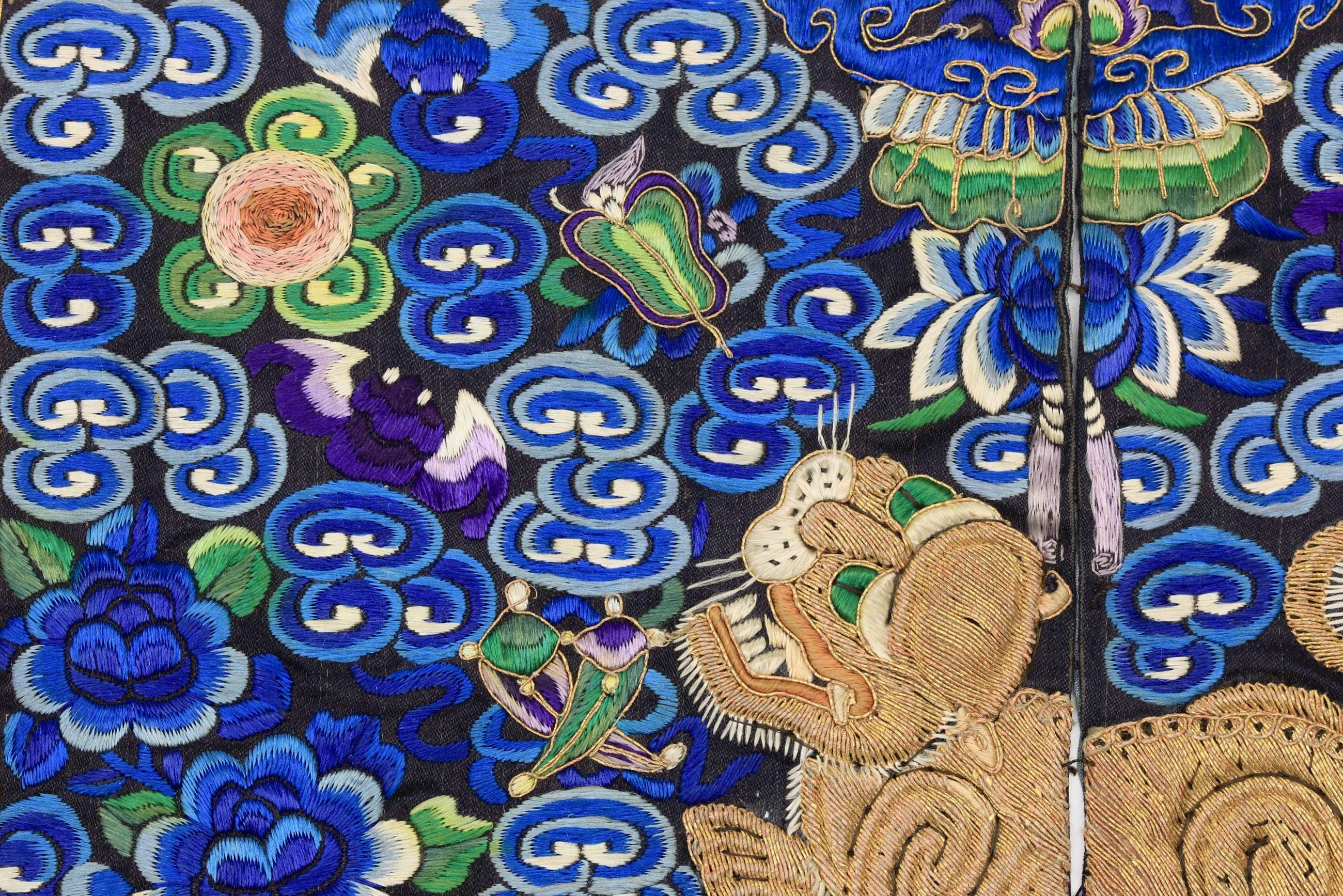 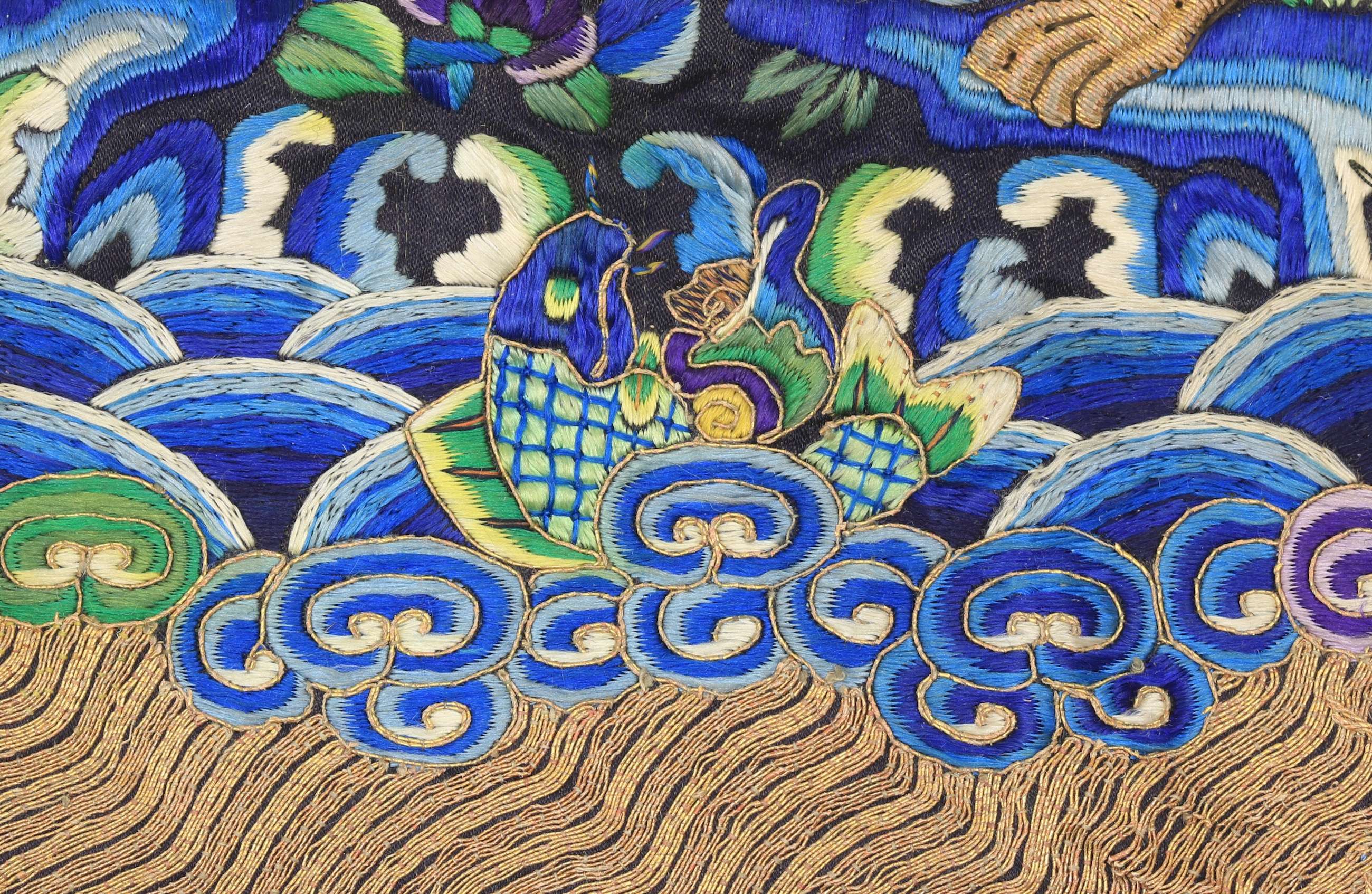 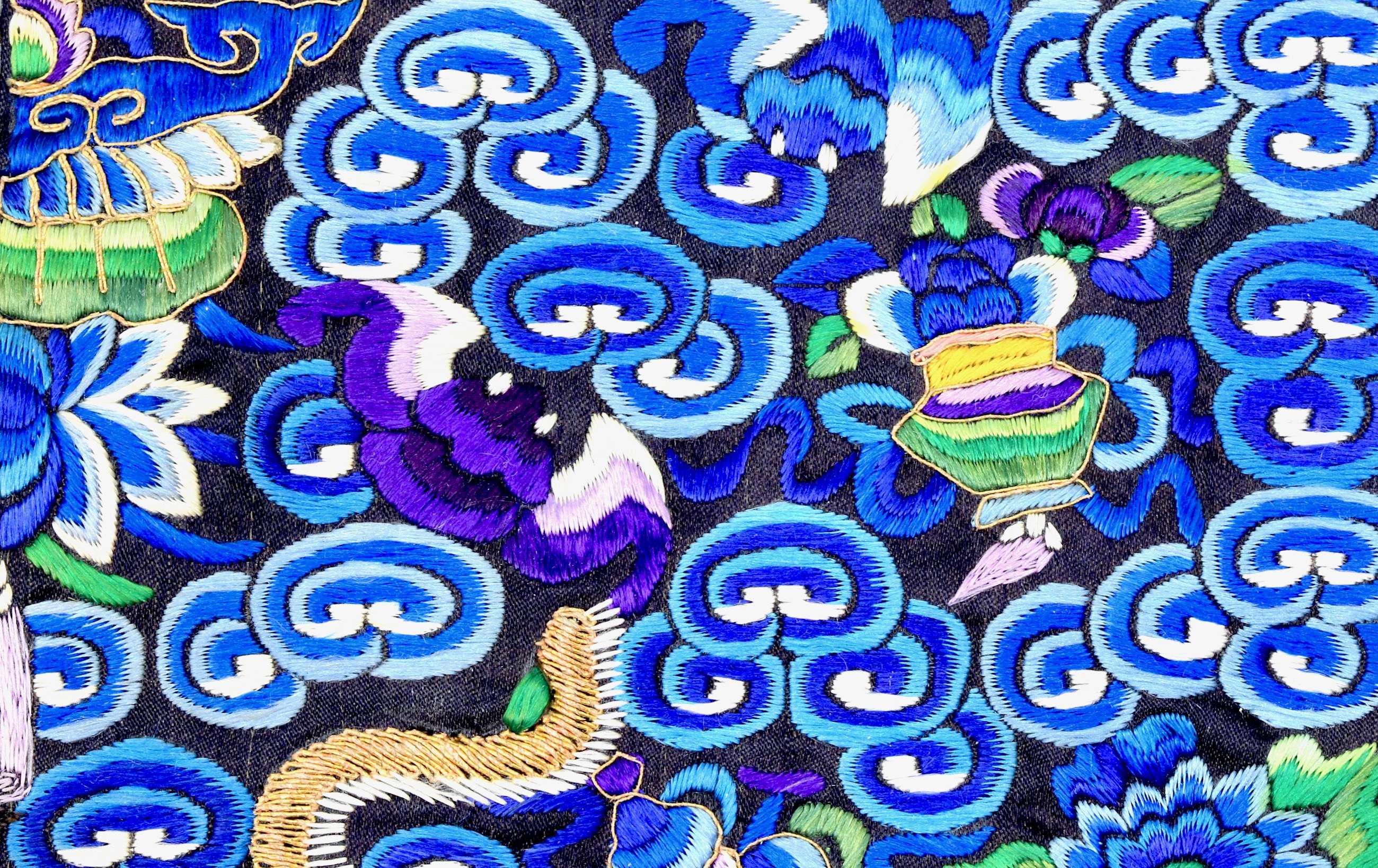 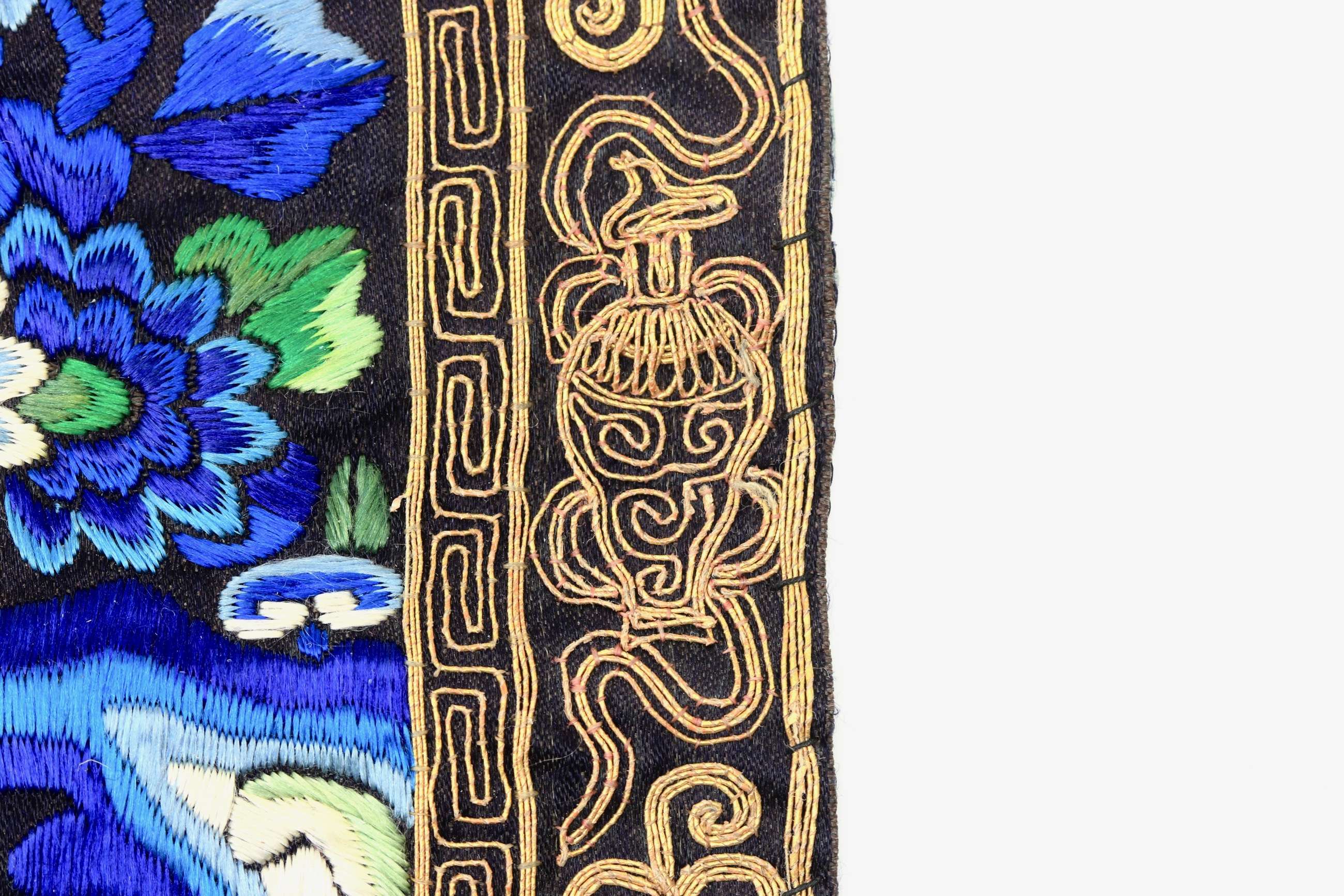 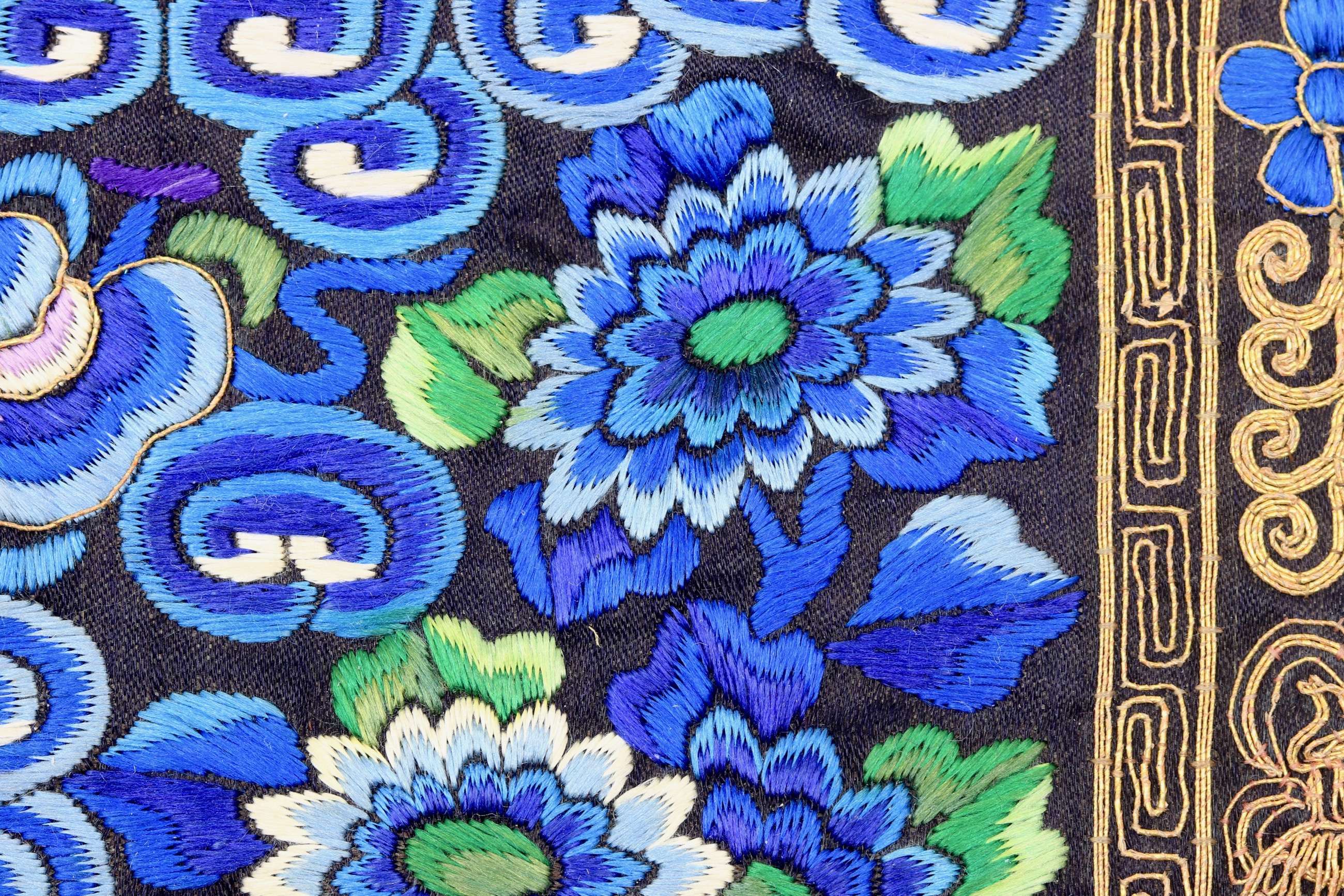 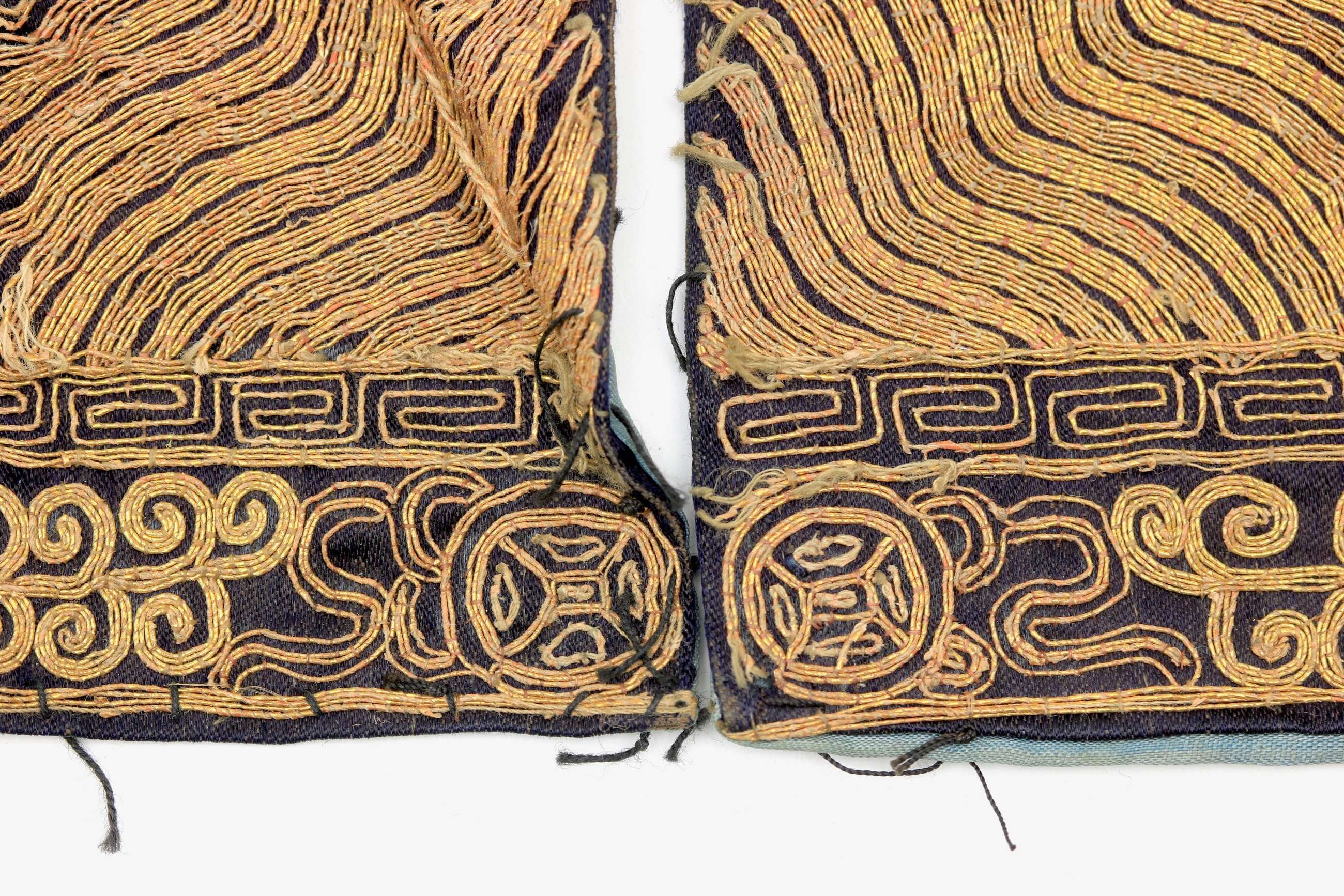 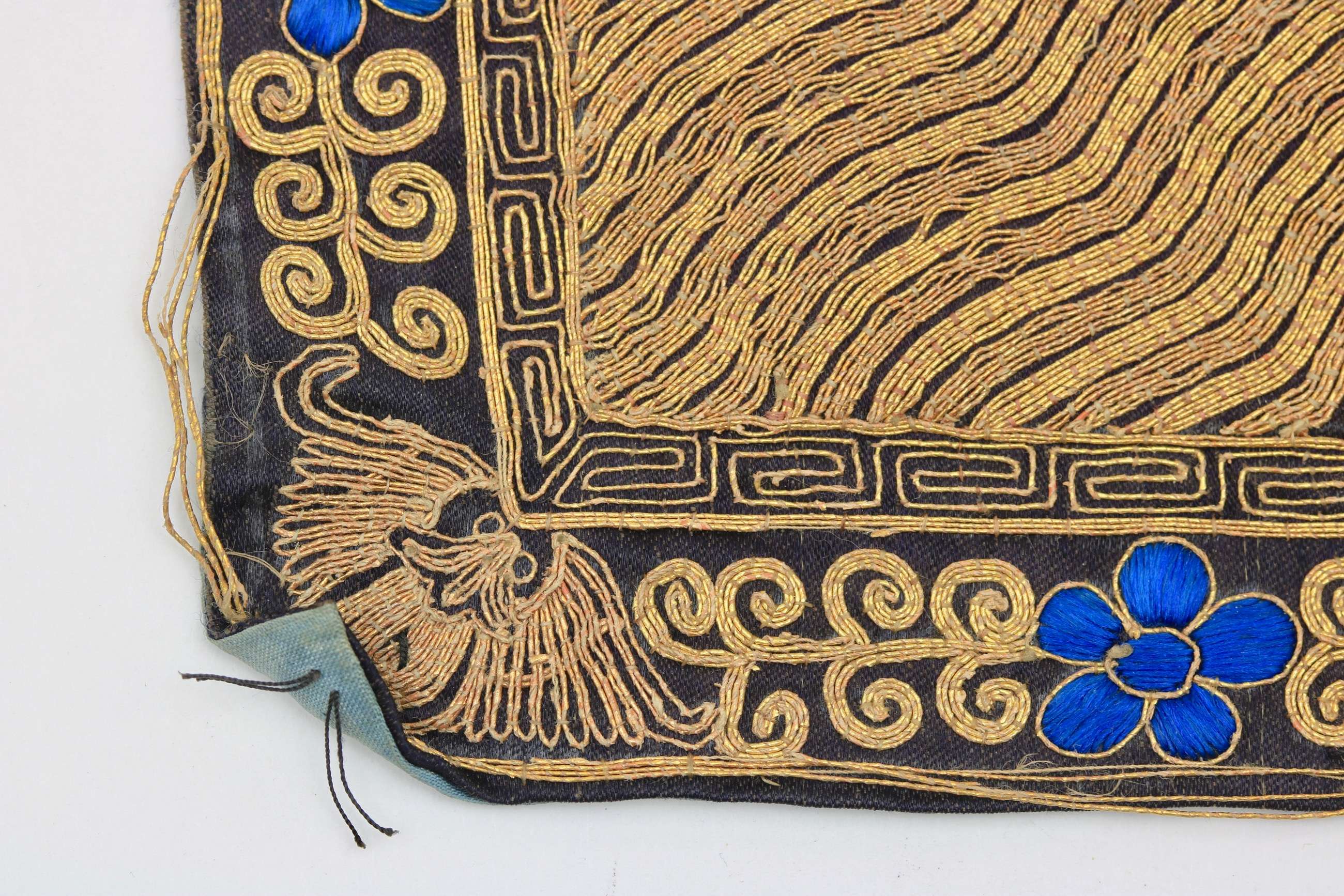 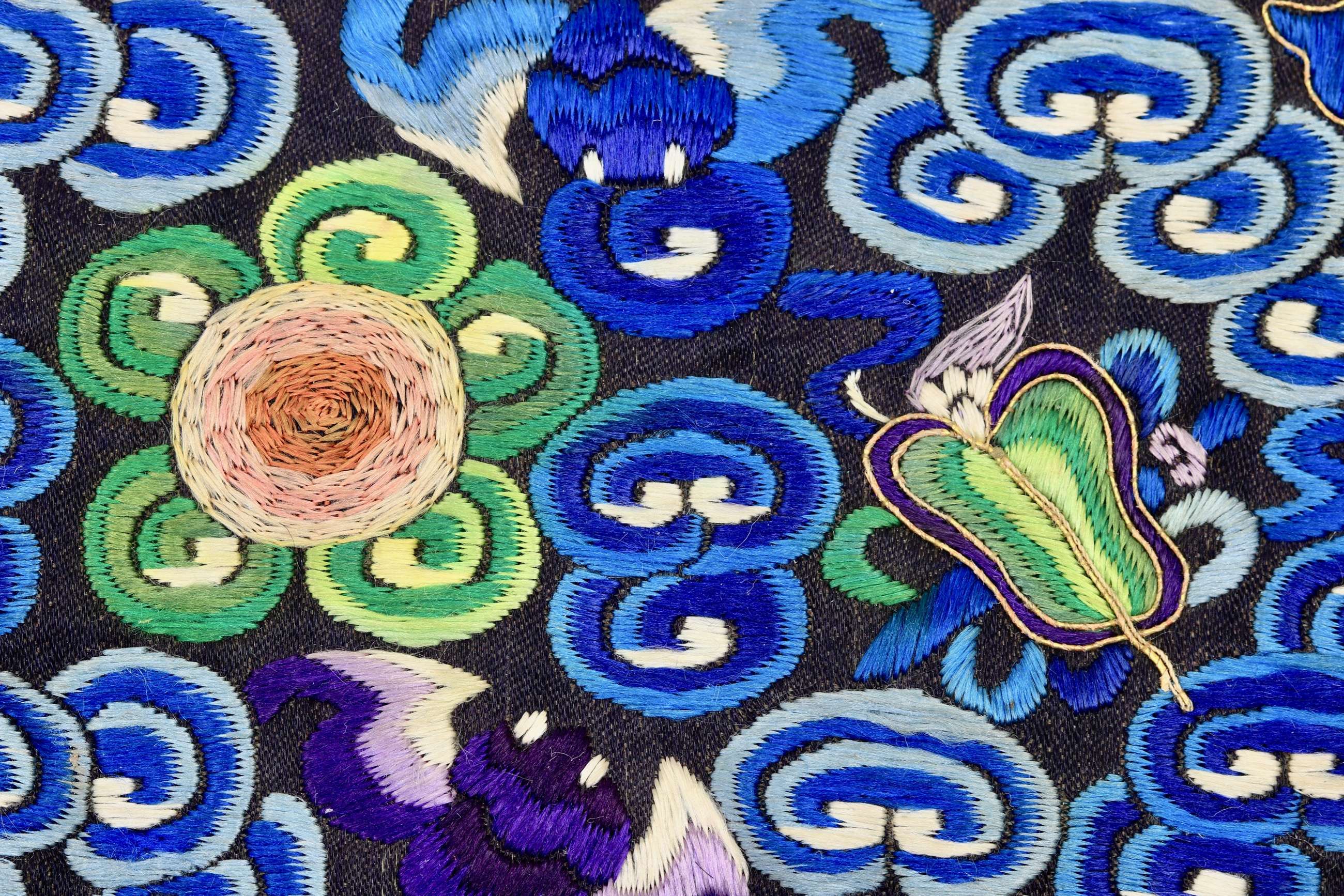 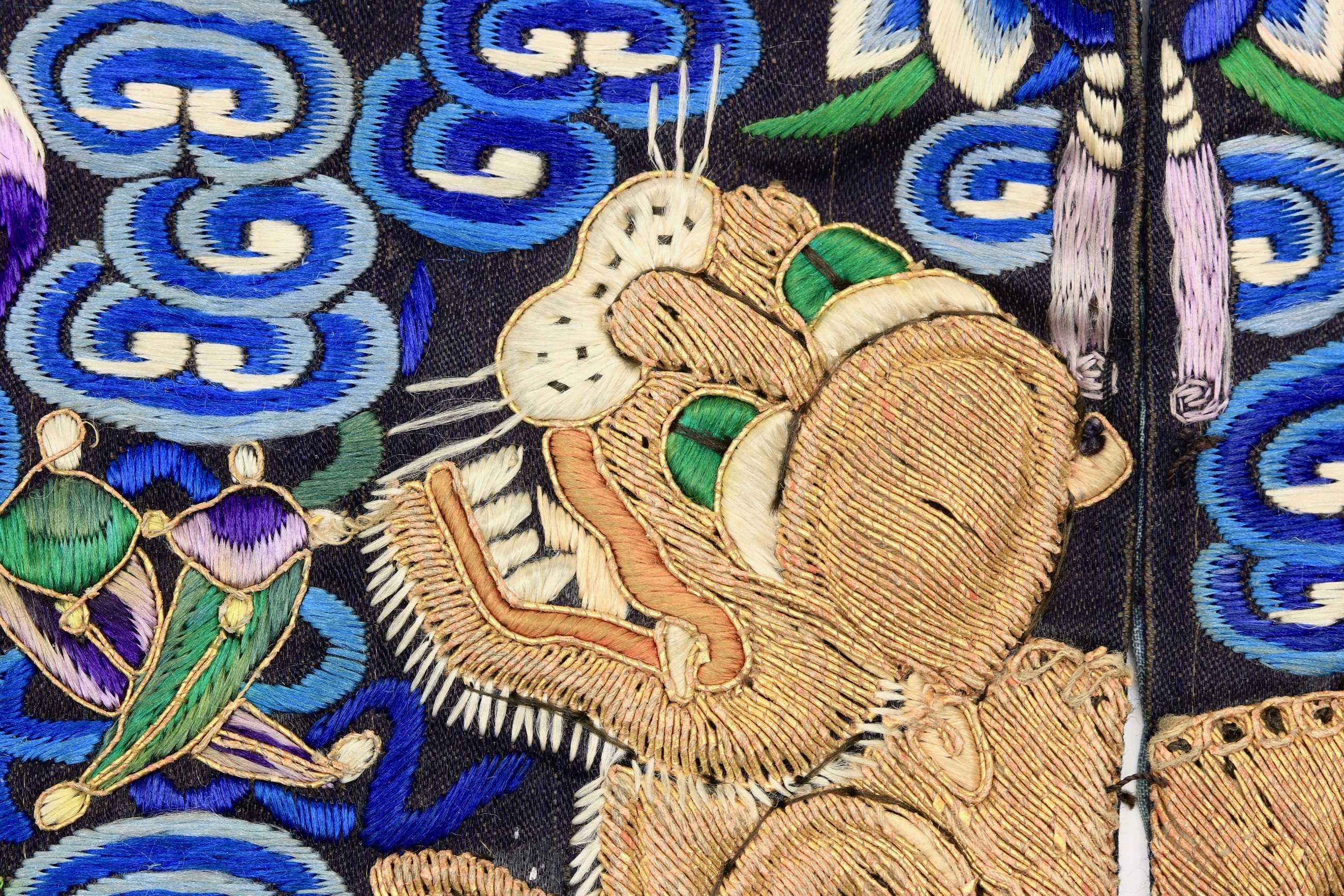 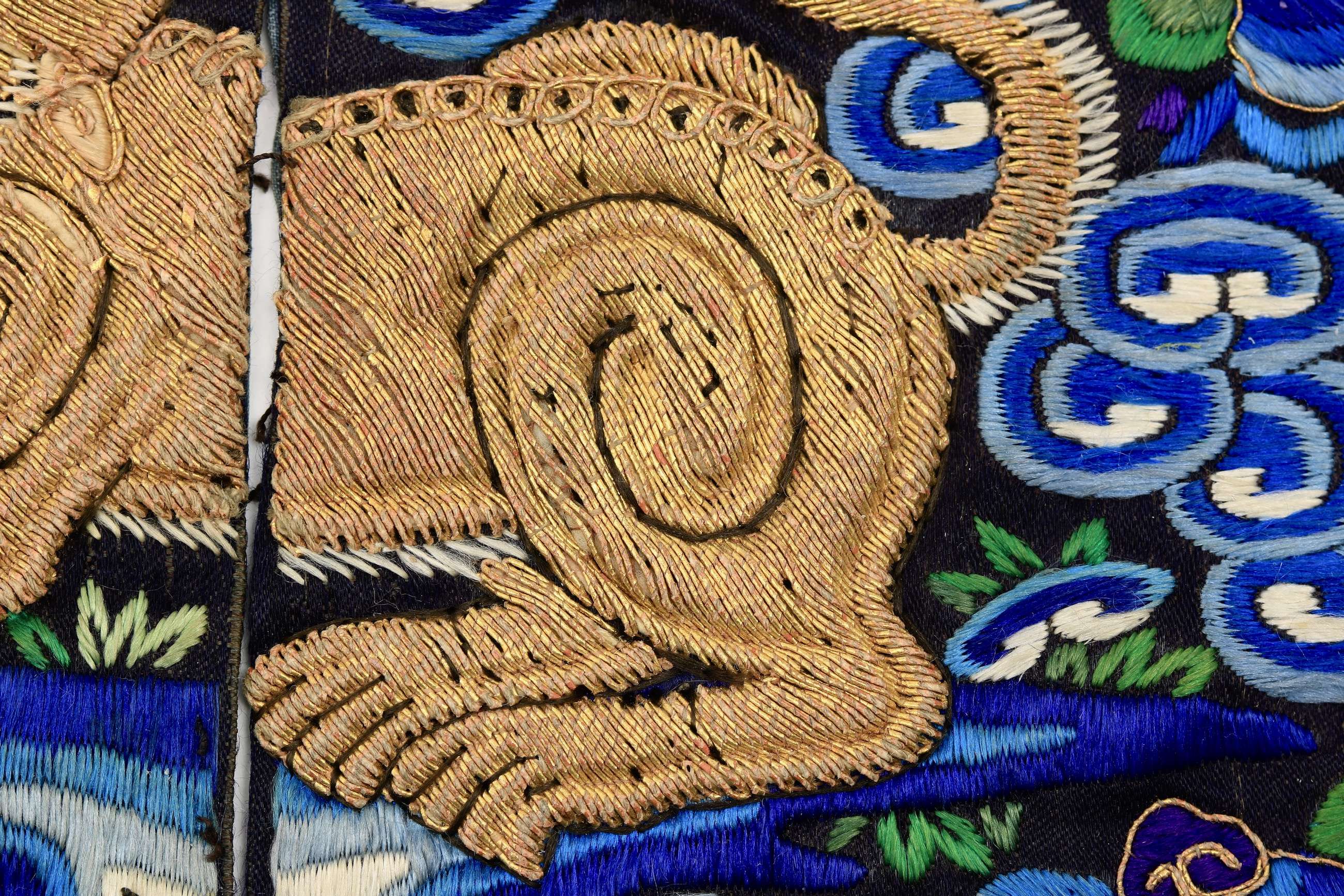 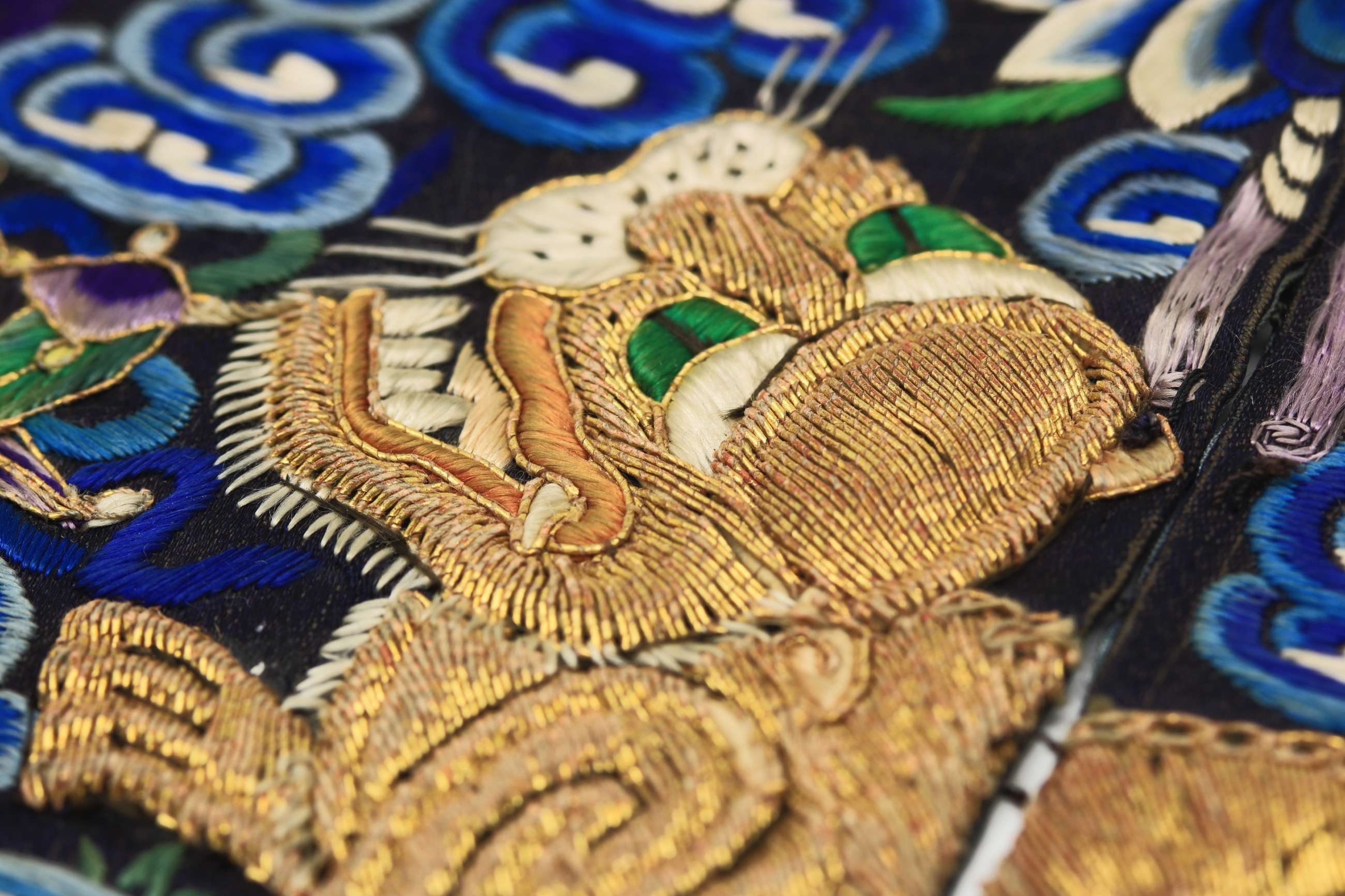 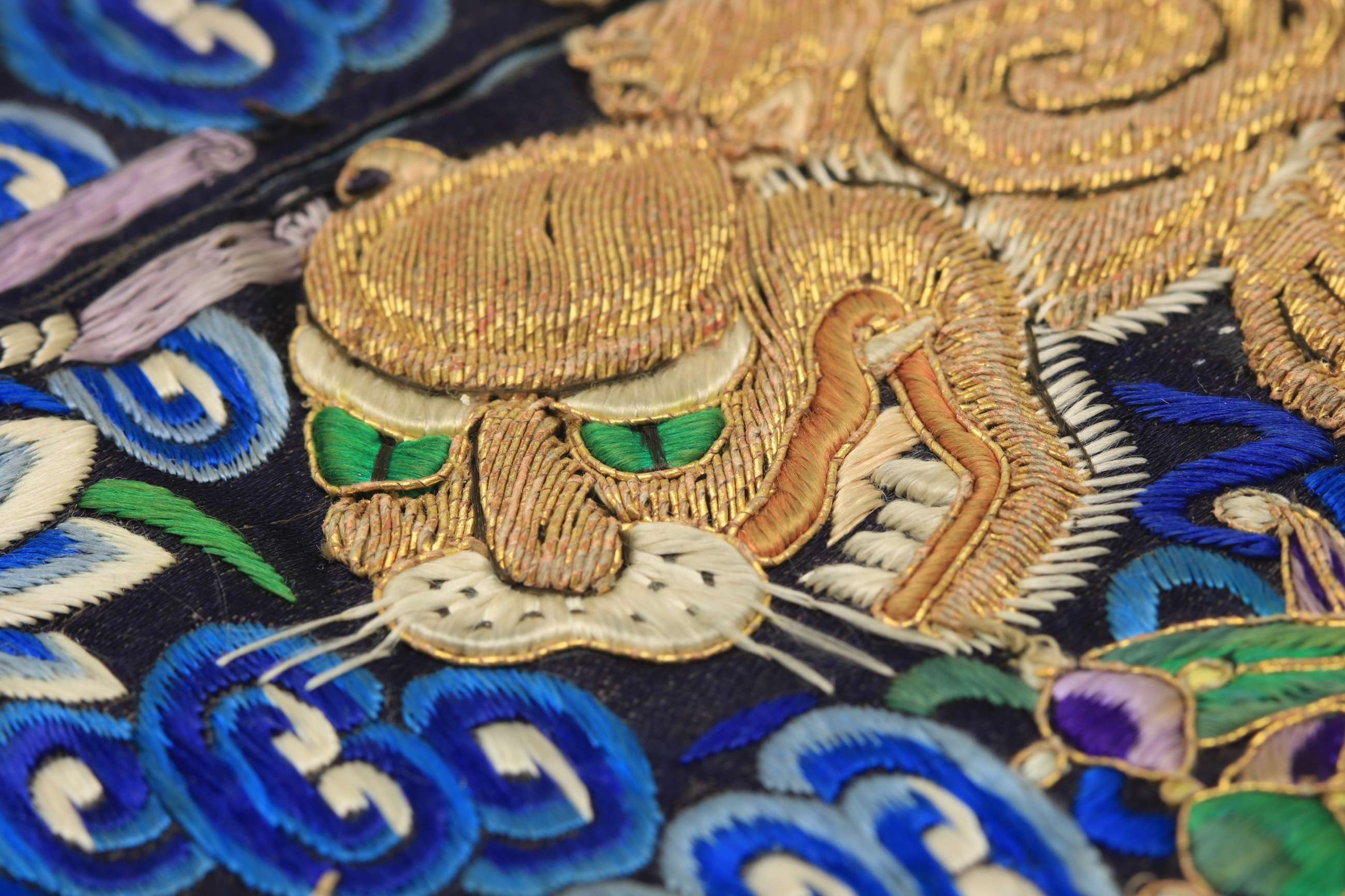